10 Symptoms, Treatments, and Causes of Dysentery

Dysentery is an inflammation of the intestine. Symptoms of this disease include pain, diarrhea, bloody stools, and often a fever above 101°F. Causes of dysentery include bacteria, protozoa, parasitic worms, and viruses. The disease can be fatal primarily due to its ability to cause severe dehydration. It is especially prevalent and most dangerous when it occurs in children, particularly those who live in less-developed countries. Treatment for dysentery includes medication and rapid rehydration, sometimes requiring an IV.

Mild bacillary dysentery is rare in developed countries with proper sanitation. However, the disease can still affect people. In most cases, this type of dysentery resolves without treatment, as long as the affected individual drinks plenty of fluids to prevent dehydration. In more severe cases, one might need to visit a medical provider for antibiotics. 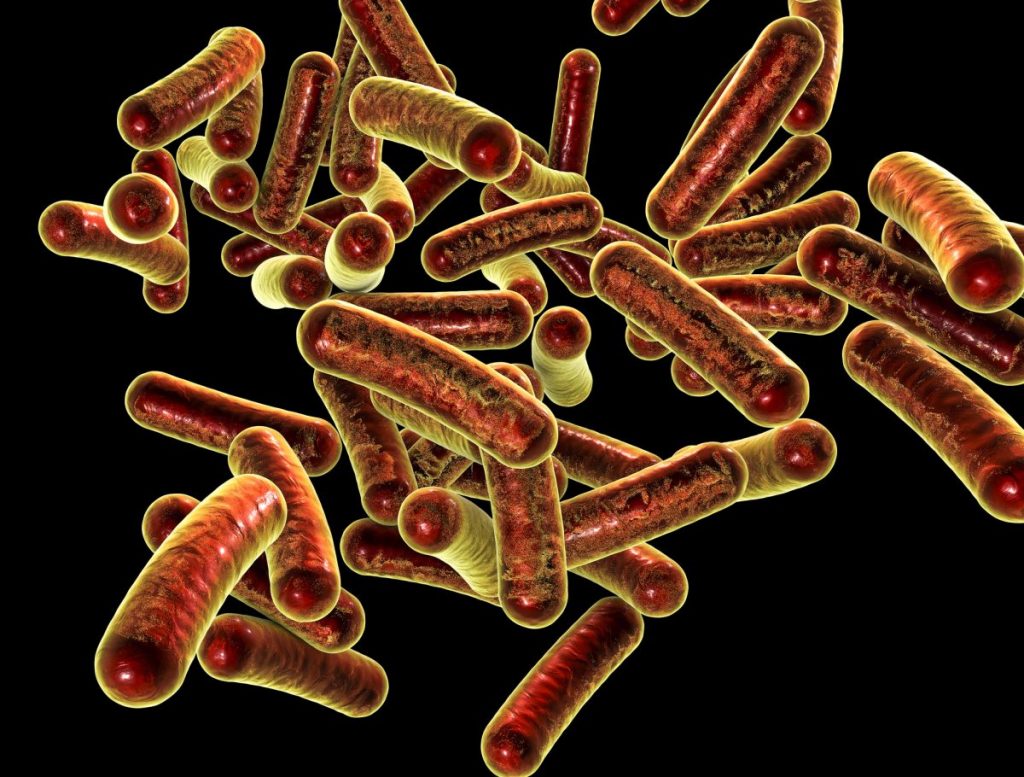 Signs usually show up within one to three days of infection. Often, people experience mild stomach ache along with frequent diarrhea, though bacillary dysentery does not usually cause blood or mucus in the stool. Less common symptoms include severe abdominal pain, fever, nausea, and vomiting. Most times, these symptoms are so minor that a doctor's visit is not necessary, and the issue resolves within a few days. 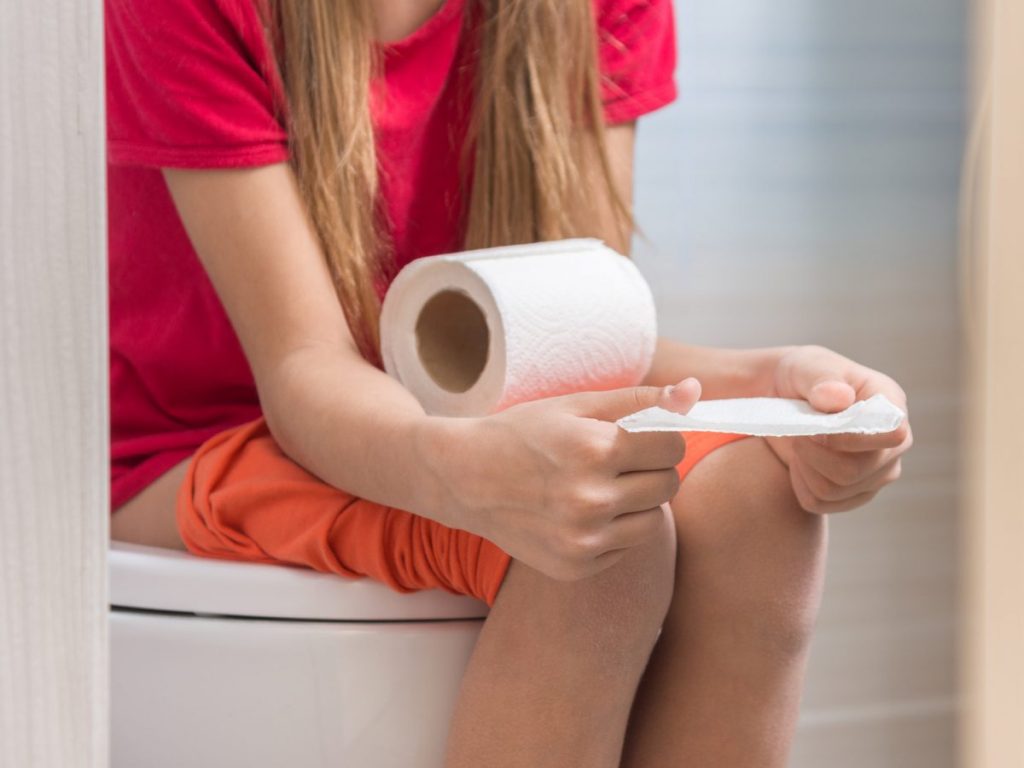 Shigella bacteria cause bacillary dysentery. The bacteria are found in feces and spread through poor hygiene. Failure to wash one's hands can result in transmission of the bacteria to other surfaces such as skin and food, where the bacteria can infect somebody else if they reach the mouth. The bacteria will travel from the mouth to the bowel, invading and killing cells in the large intestine, causing symptoms. 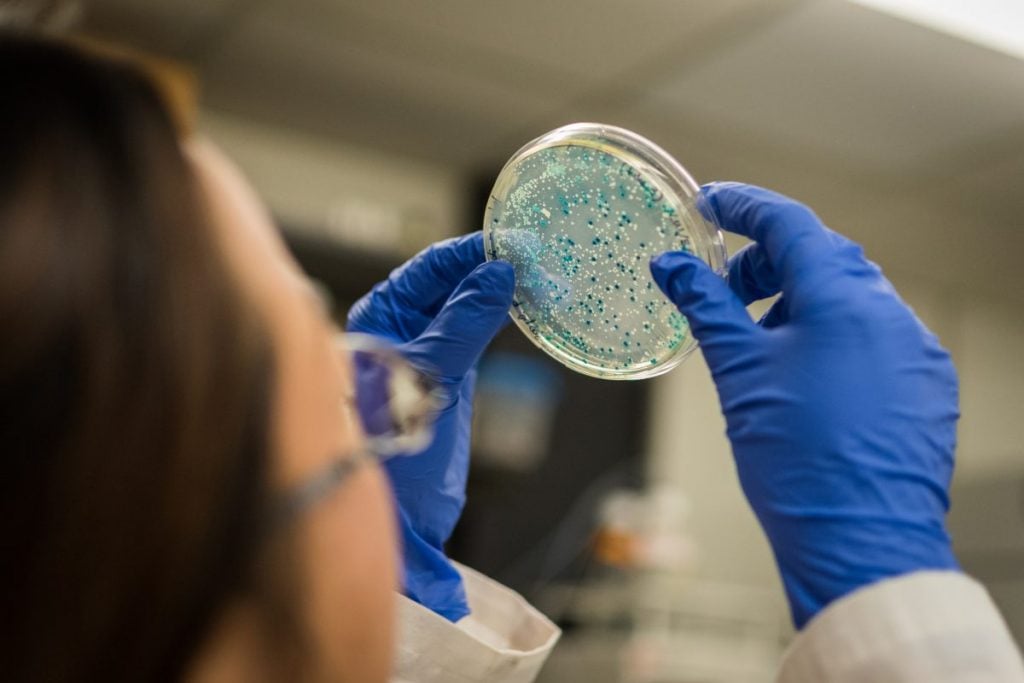 This type of dysentery comes from an infection of the intestines by the protozoan Entamoeba histolytica. It is mostly found in warm climates and spread through contaminated food and water. Amoebicidal medications treat amoebic dysentery by ensuring the amoeba does not survive in the body after symptoms have resolved. It addresses both bacteria and parasites. If lab results are not precise, affected individuals may be given a combination of antibiotic and amoebicidal medications, depending on the severity of the symptoms. 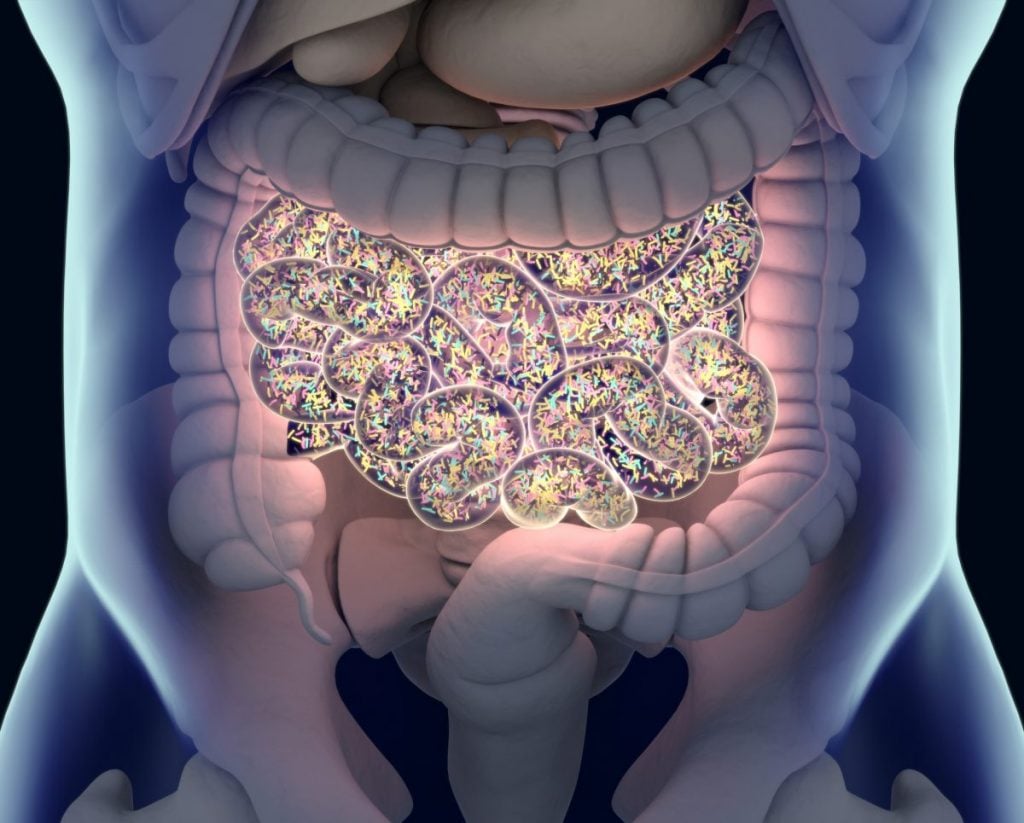 A person with amoebic dysentery could have symptoms such as abdominal pain, fatigue, nausea, and vomiting. Fever with chills, along with watery diarrhea that can include blood, mucus, or pus, are also common. He or she may feel pain when passing stools or suffer intermittent constipation. If amoebas burrow through the intestinal wall, they can spread to the bloodstream and contaminate other organs. Ulcers can develop and may bleed, causing blood in the stool. Symptoms can continue for many weeks. The amoebae can remain after symptoms fade and attack again when the immune system is weaker, which is why proper treatment is important. 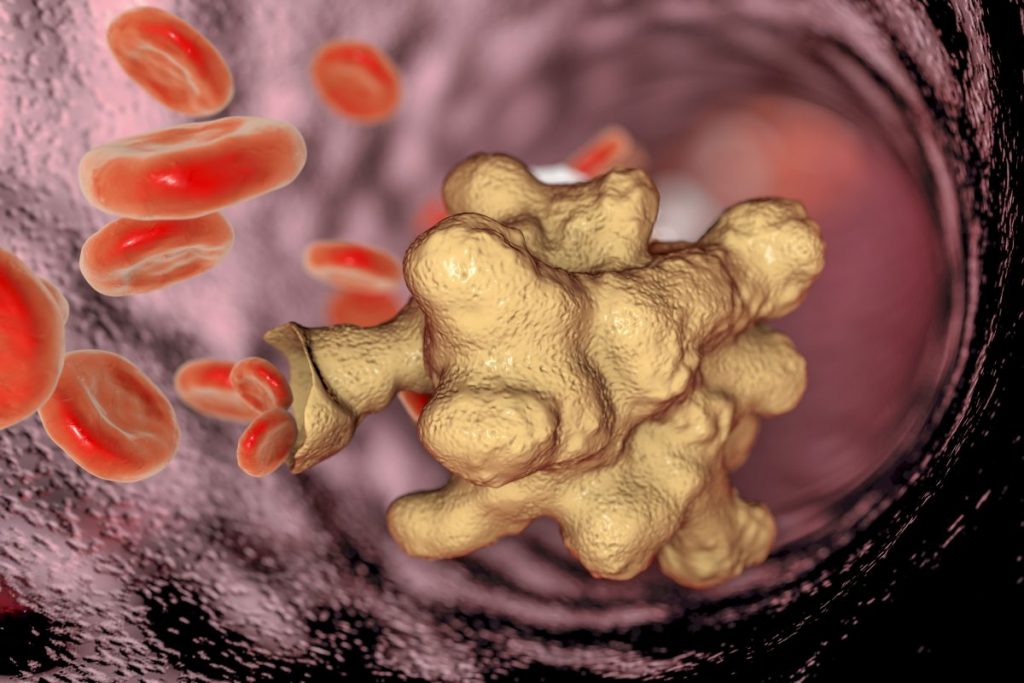 An amoeba prevalent in tropical areas causes amoebic dysentery, so the condition is usually picked up when traveling. When the amoebas inside the bowel of an infected person are ready to leave the body, they form a shell that surrounds and protects them, called a cyst. The cyst passes out in feces and can endure outside of the body. If hygiene standards are poor, it can contaminate the surroundings. Another person might eat or drink something containing the cyst and become infected. The cyst protects the amoeba from stomach acid. From the stomach, the cyst travels to the intestines where it breaks open and releases the amoebas. The organisms tunnel into the walls of the intestines and cause small abscesses and ulcers. The cycle then begins again. 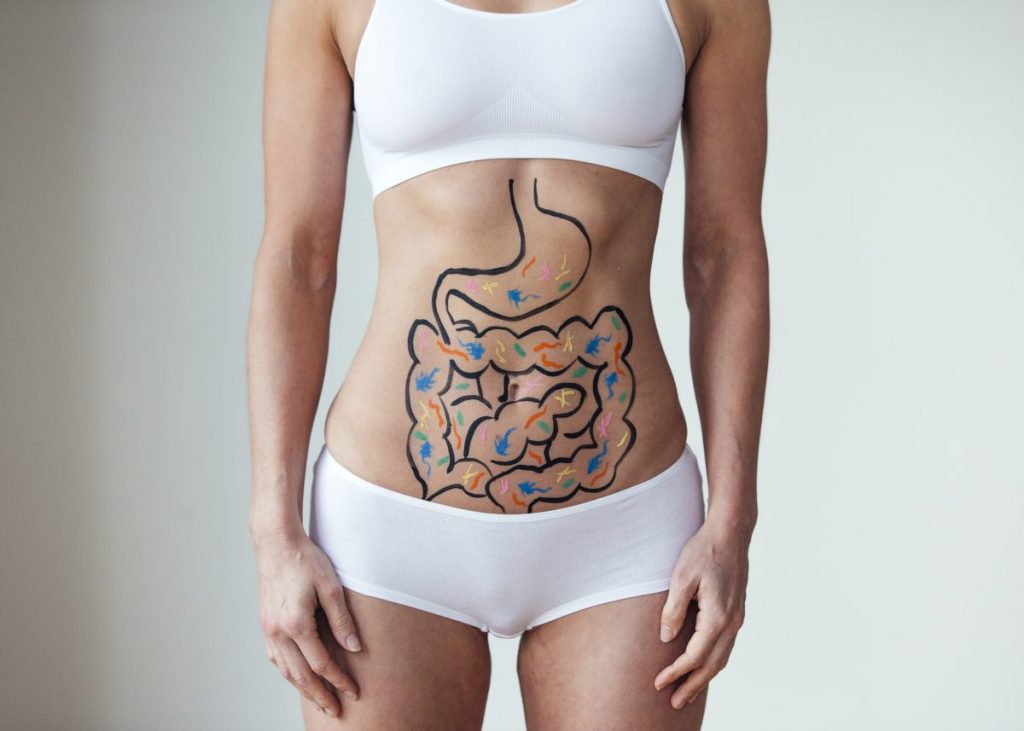 Antiparasitic medications are often used to treat dysentery caused by amoebas, while antibiotics deal with bacillary dysentery. People who travel often should keep a self-treatment antibiotic regimen with them and administer it in the case of sudden diarrheal illness. Using antidiarrheal medication to slow the bowel and prevent dehydration may also be helpful. Children under the age of two should have medical attention. 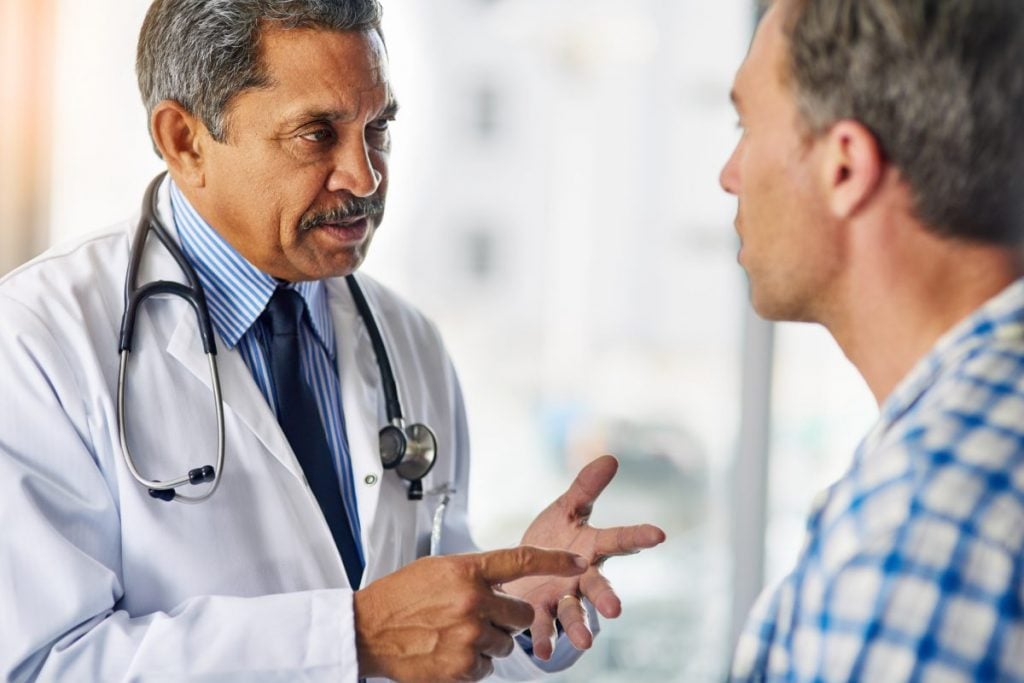 Replacing the liquids lost from diarrhea is imperative. In moderate cases, soft drinks, juices, and bottled water will be enough. For more severe cases, people with dysentery need fluids that contain electrolytes such as potassium, salt, and sucrose. For severe diarrhea, commercial oral rehydration fluids are necessary. These are available in packets for easy administration while traveling. While affected with dysentery, it is better to stick to a bland diet and avoid milk products. 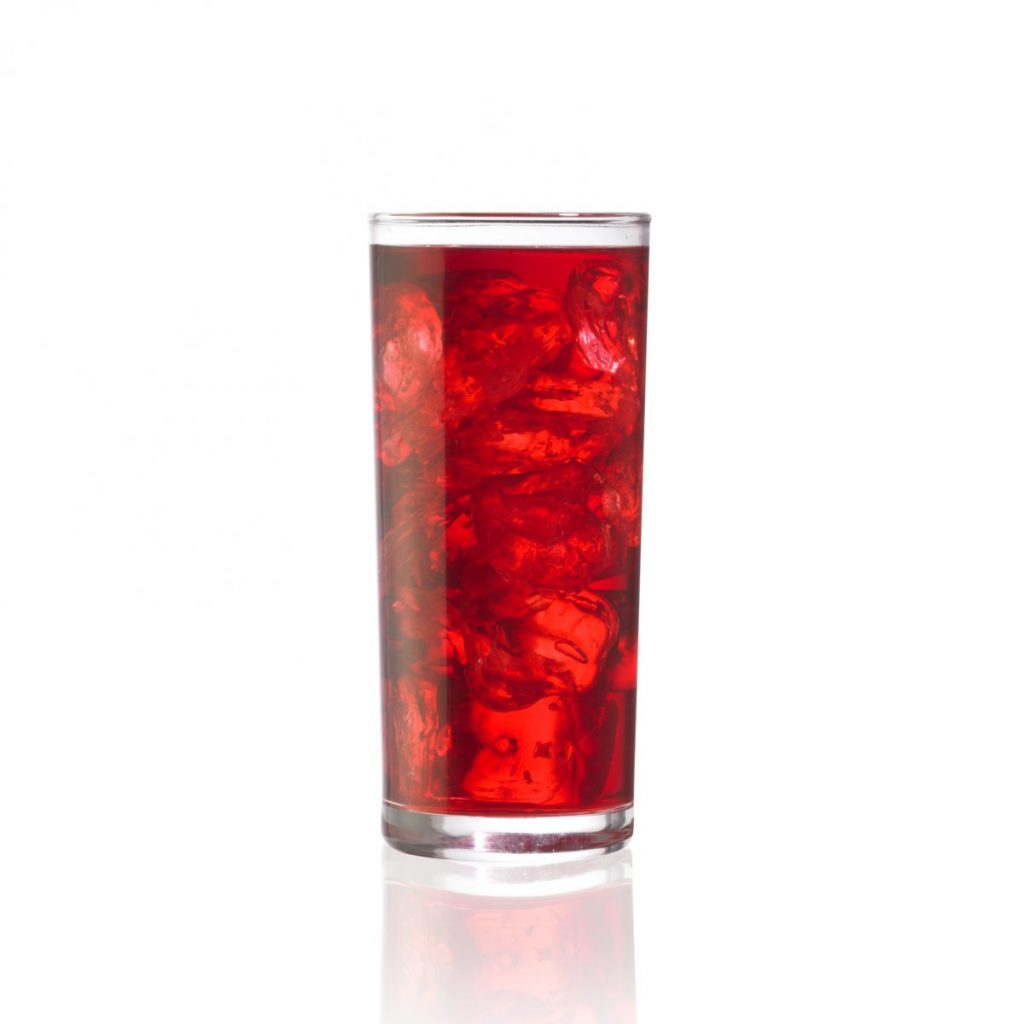 Other Useful Tips About Dysentery

You can avoid dysentery to some extent by practicing good personal hygiene. When traveling, everyone should strictly adhere to this practice to prevent infection. Do not consume foods prepared in unsanitary conditions, and only consume foods heated to the correct temperatures and avoid raw fruits and vegetables and those without a peel. Drink, cook, wash, and brush teeth with water that has been commercially bottled or boiled. It is a good idea to bring along an alcohol-based hand sanitizer. 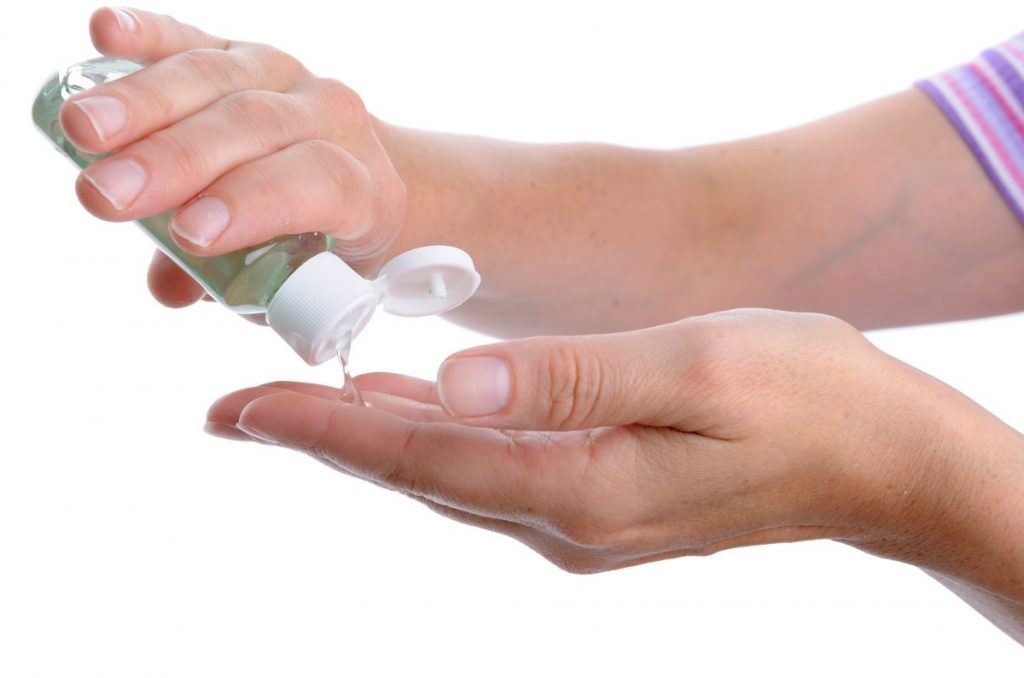 Most cases of dysentery are self-limited and resolve themselves without treatment. If complications from bacillary dysentery do occur, they can include delirium, convulsions, and coma. A very severe infection can be fatal within 24 hours. People with amoebic dysentery could develop other problems linked with amoebiasis. The most frequent complication occurs when parasites spread to the liver, creating an amoebic abscess. This leads to high fever and sudden weight loss, as well as right shoulder or upper abdominal pain. If the infection of the bowel is especially serious, intestinal ulcerations may cause perforation of the liver and death. In very rare instances, the parasites spread through the bloodstream, causing infection in the lungs, brain, and other organs. 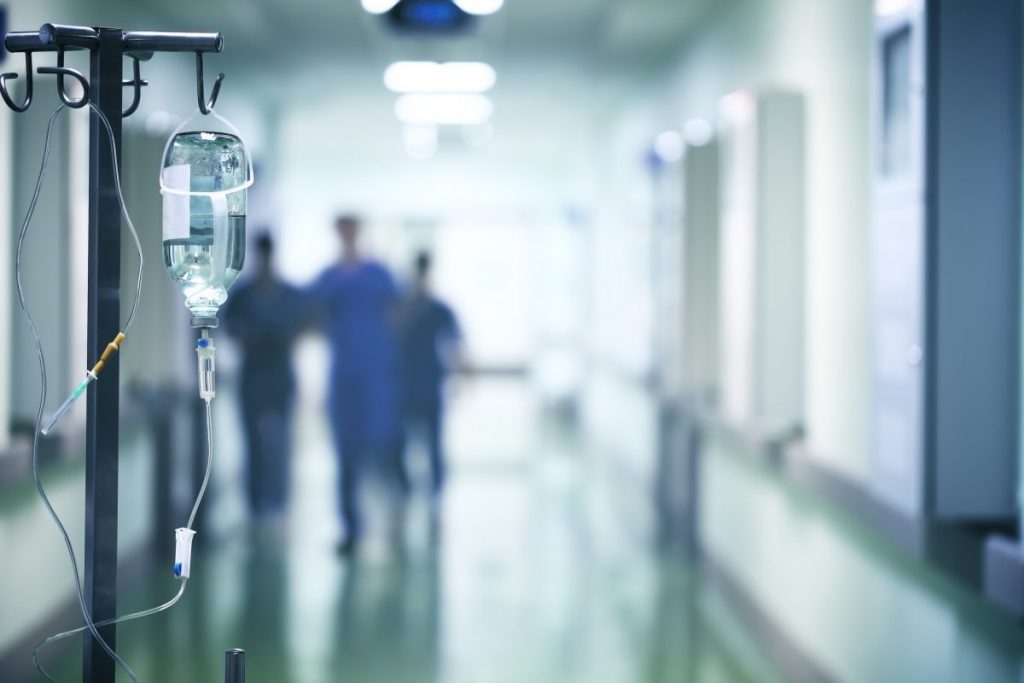