10 Symptoms and Treatments of Otosclerosis

Otosclerosis is a serious bone deformation and a common cause of hearing loss for people in their twenties and thirties. The human ear contains three little bones that serve as sound transmitters from the outer to inner ear. This disease fuses the bones together, so they are no longer able to vibrate. This causes a loss of hearing in the affected ear or ears. The seriousness of the condition varies, but it usually causes partial rather than full hearing loss. Doctors can restore hearing in the vast majority of cases with the latest medical techniques.

Do not confuse with age-related hearing loss

Nobody is surprised to discover that older adults find it difficult to hear. This deterioration in hearing abilities often occurs after a certain age, and it accompanies weakening eyesight and other signs of physical decline. However, seniors usually start to find it hard to hear high-pitched sounds while otosclerosis affects the ability to hear low pitch sounds. The fact that otosclerosis primarily affects young adults is one of its most characteristic symptoms. Most commonly it develops between the ages of 15 and 35 with women more likely to suffer from it. Occasionally children can also get otosclerosis. 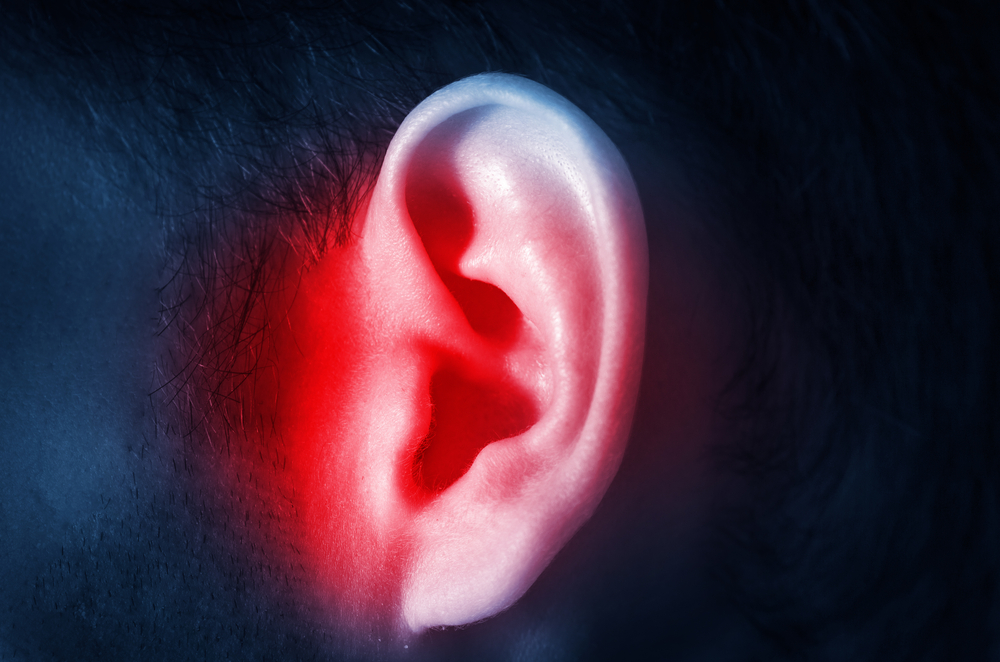 Classic symptoms of this illness include a gradual decline in hearing abilities and a tendency to speak in a very low voice. In a small number of incidences the loss of hearing remains mild, but in most cases, it worsens over time. Since this illness makes sufferers own voices sound very loud to them, they feel obliged to correct this by speaking more quietly. Another symptom is the way affected individuals find it easier to hear others speaking when there is a lot of noise in the background. Doctors use the term paracusis to describe a situation where the presence of background noise improves the patient's hearing. 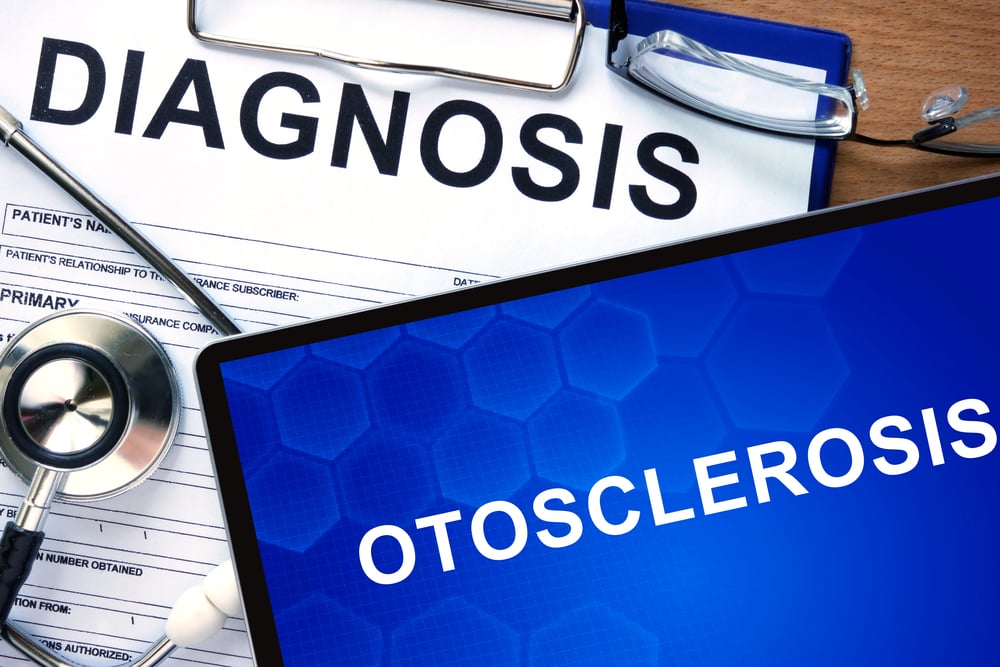 Tinnitus — or hearing noises from within your own body

The majority of otosclerosis sufferers also develop a related condition that doctors call tinnitus. Patients might tell the doctor that they hear a mysterious humming or buzzing sound from within their own bodies. Sometimes they describe the noise like a whistle, or perhaps they compare it with the noise of some machine. This element of the illness tends to become more intense as hearing loss increases.

Some of those suffering from otosclerosis report feelings of dizziness. Maybe you remember learning in school biology classes about the role of the ear in maintaining your balance. If this disease affects the canals in the inner ear, it might upset this person's delicate balance mechanism. They easily become dizzy and can lose their balance (vertigo) in this situation. This puts them at risk of falling and sustaining some injury. 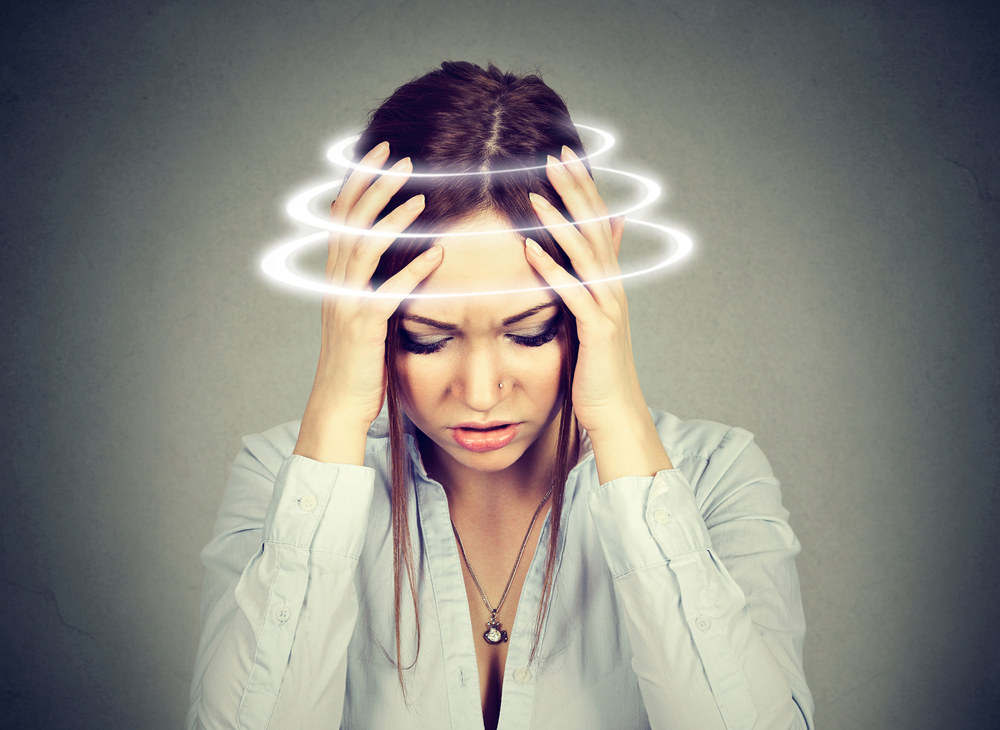 Links between pregnancy and hearing loss

Since women sometimes first notice they have a hearing problem during pregnancy, it seems natural to suspect that there could be a connection. Medical researchers believe that pregnancy cannot cause otosclerosis, but it may aggravate the condition. They think that a hormonal reaction in the pregnant woman's body makes hearing loss symptoms more severe. Signs missed previously now become more apparent. The most likely underlying cause remains the woman's genetic makeup rather than her pregnancy. 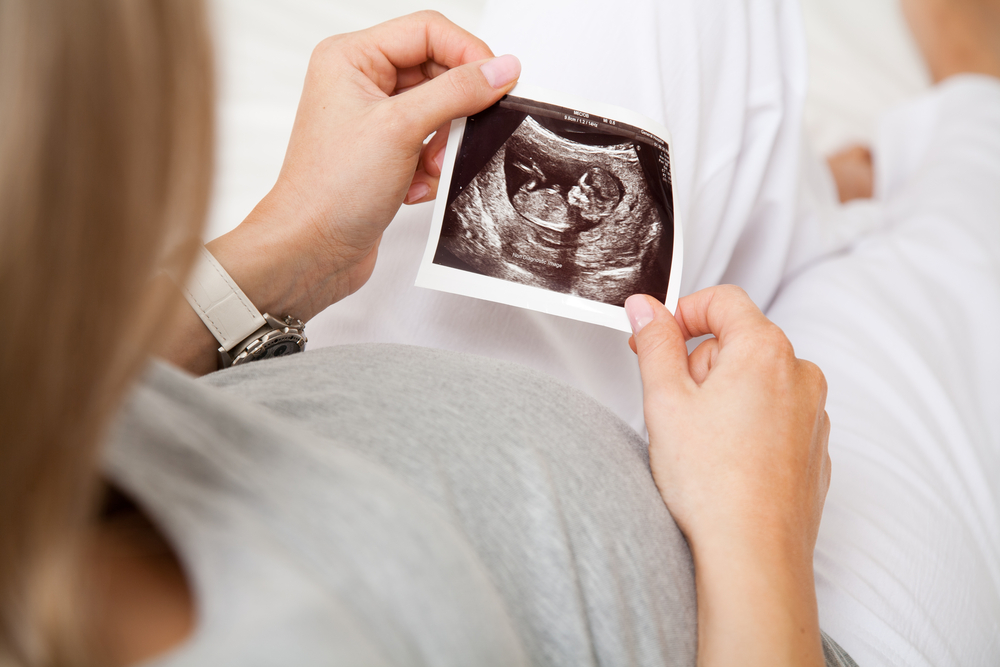 A possible connection to prolonged exposal to loud noise

Some suspect that working with machinery in a factory or another noisy environment, or regular visits to discos or parties where loud music plays, might contribute to this hearing loss. The fact that governments set noise control regulations shows that continual exposal to noise really can do damage, and the younger the person, the greater the risk. However, when it comes to otosclerosis, evidence of a connection to "noise pollution" is weak. Hereditary factors and the effects of viruses remain the key cause suspects.

Mild loss of hearing might not need treating. Hearing aids remain the most common treatment for more serious issues. These devices restore hearing by electronically increasing the sound volume that enters the ear. In previous generations, some of those with hearing impediments were embarrassed to get hearing aids because they were so obvious to the casual observer. Modern technology enables medical supply companies to produce aids that worn inside the ear and so they are much less conspicuous. The hearing aid restores hearing capabilities without the risks of surgery. 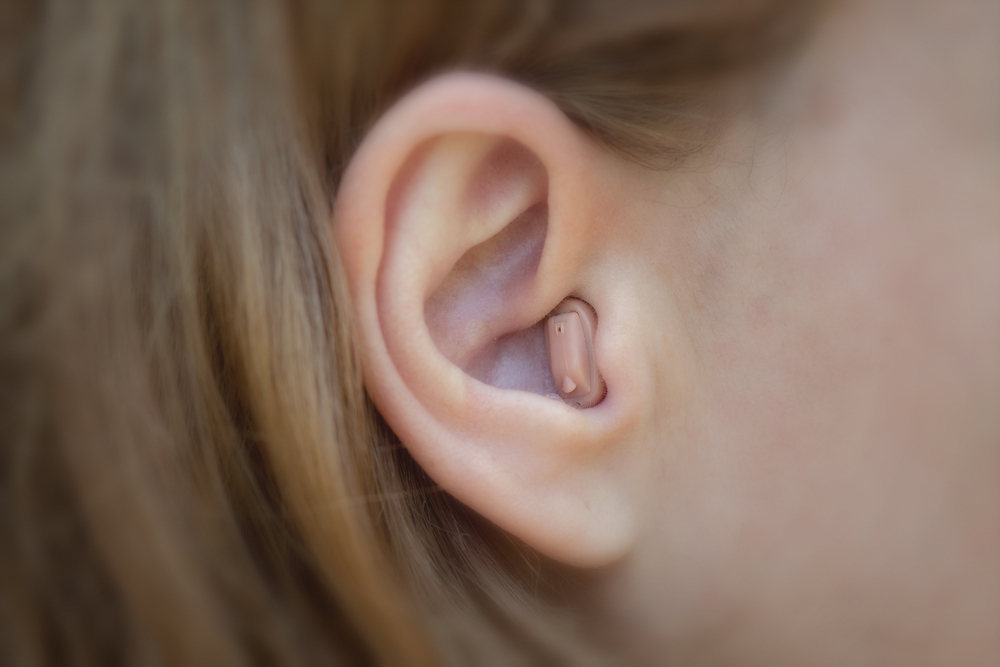 Surgery has a high success rate with otosclerosis patients. Statistics from the UK show up to 90% of these operations restore completely or improve damaged hearing. The figures from other developed countries are probably comparable. The surgeon operates after sedating the patient with a local or general anesthetic. He or she makes a cut in the ear to access the bone. They remove part of the bone and install a special metal or plastic implant in the ear. The procedure only requires an overnight hospital stay 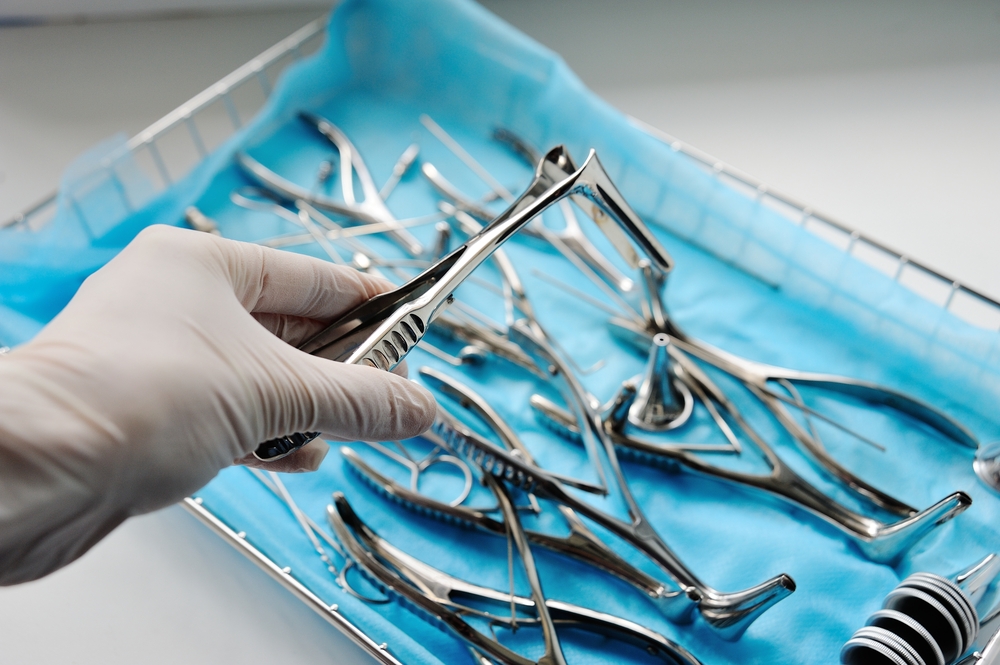 Despite the encouraging results ear operations deliver, reservations are understandable. Even the most standard surgery carries the risk of complications, and this can be a very tricky operation. Patients must be aware that about one percent of operations go seriously wrong and worsen the hearing problem or even cause total deafness. Patients might also find that their tinnitus becomes more pronounced and sometimes they get vertigo, although the latter condition does not continue a long while. 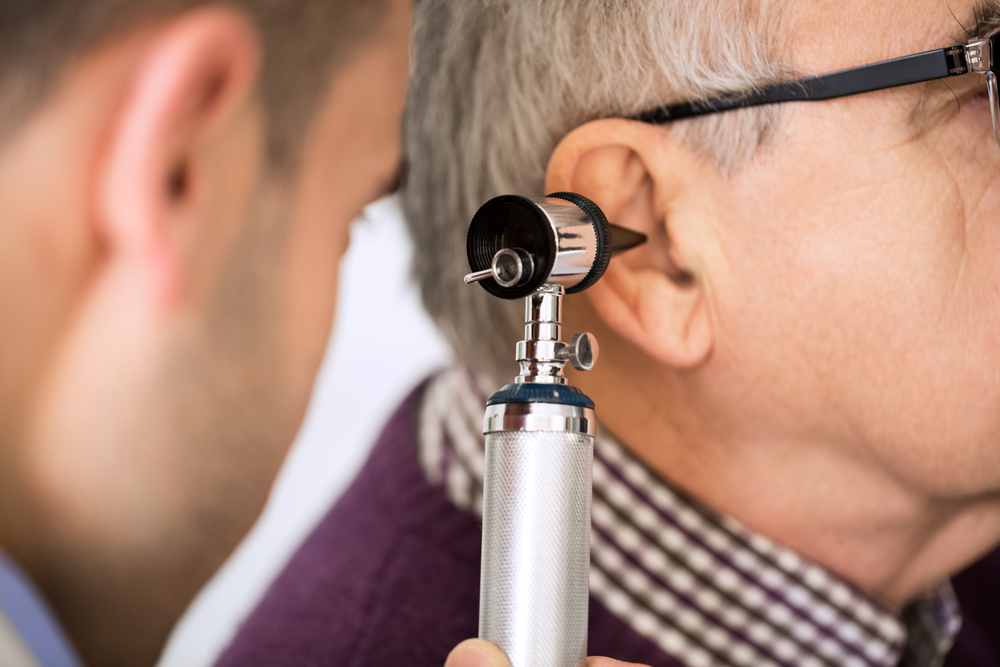 Use of fluoride tablet treatments

Some medical researchers suspect that low fluoride levels cause otosclerosis in some patients. It follows from this that boosting fluoride should hold back the illness's progress. Some evidence exists that taking fluoride tablets helps to preserve hearing and lessen the dizziness and loss of balance problems that might come in the wake of this illness. If you suspect you might have otosclerosis, ask your doctor if he or she recommends the use of these fluoride boosters. 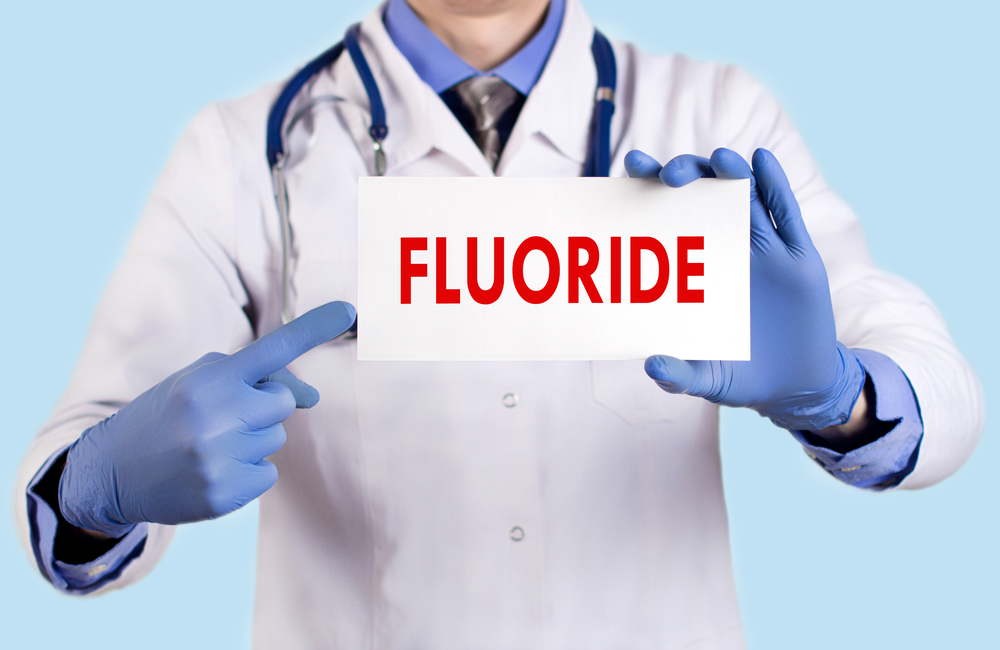