Heat stroke is a potentially life-threatening condition that develops when the body overheats, usually after prolonged exposure to the sun. This condition can affect people of any age but is most often seen in young children, athletes who train outdoors, during hot weather and people over the age of 50. When combined with dehydration, another common symptom in extreme heat, heat stroke can damage the brain and internal organs, and may even be fatal. Heat stroke is a medical emergency, and 911 or any other emergency services should be called as soon someone suspects this condition.

After spending a lot of time in the sun, the skin often becomes red, dry, and hot to the touch. This is one of the most easily recognizable signs of heat stroke. These signs indicate an increase in body temperature your body temperature; temperatures of 104°F(40°C) or higher indicate heat stroke. Such an abnormal increase calls for immediate removal from the hot environment and a doctor's appointment. Though a sunburn can also leave skin red and hot, the other symptoms of heat stroke will differentiate it from this milder condition. 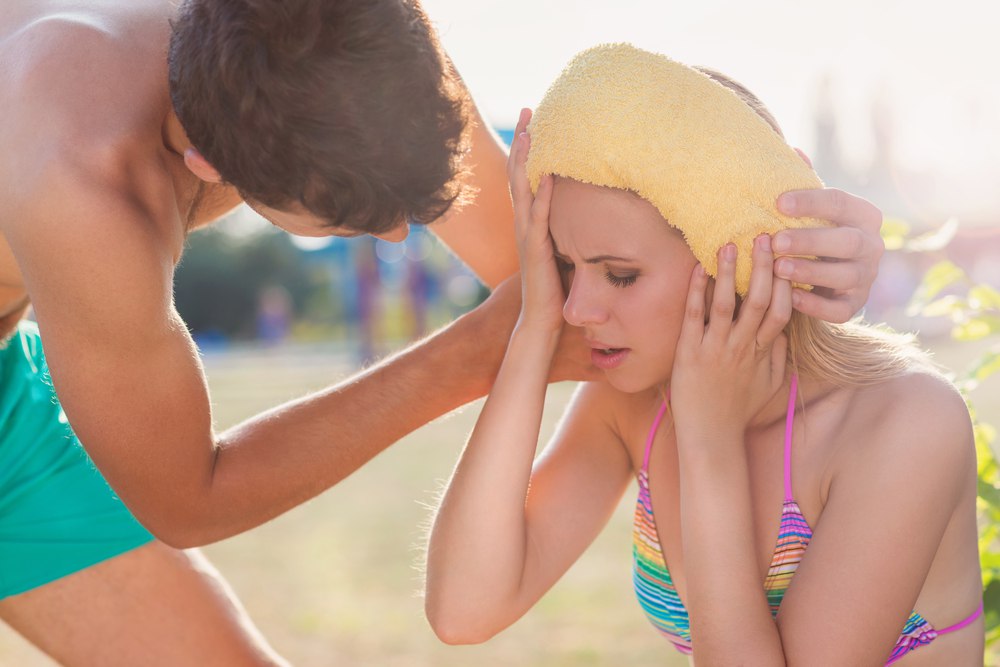 Prolonged exposure to the sun can result in dizziness, primarily due to harmful UV rays and excessive heat. Heat stroke can make an individual feel as though the world around them is spinning. Lightheadedness can be accompanied by blurred vision and ringing in the ears. In extreme cases, the person may lose consciousness. Anyone feeling dizzy should sit down immediately to avoid further injury should they lose consciousness and fall. Rehydrating and retiring to a cool location are essential. 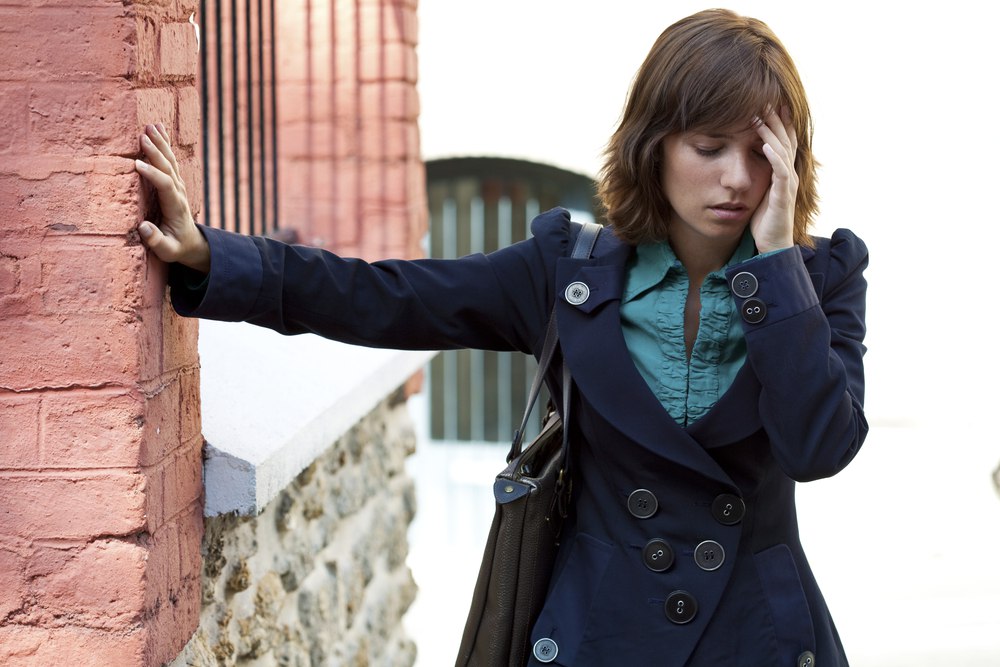 An erratic, rapid heartbeat is a strong indicator of heat stroke. The individual may find it difficult to breathe and experience an elevated heart rate. These symptoms should prompt immediate medical care. 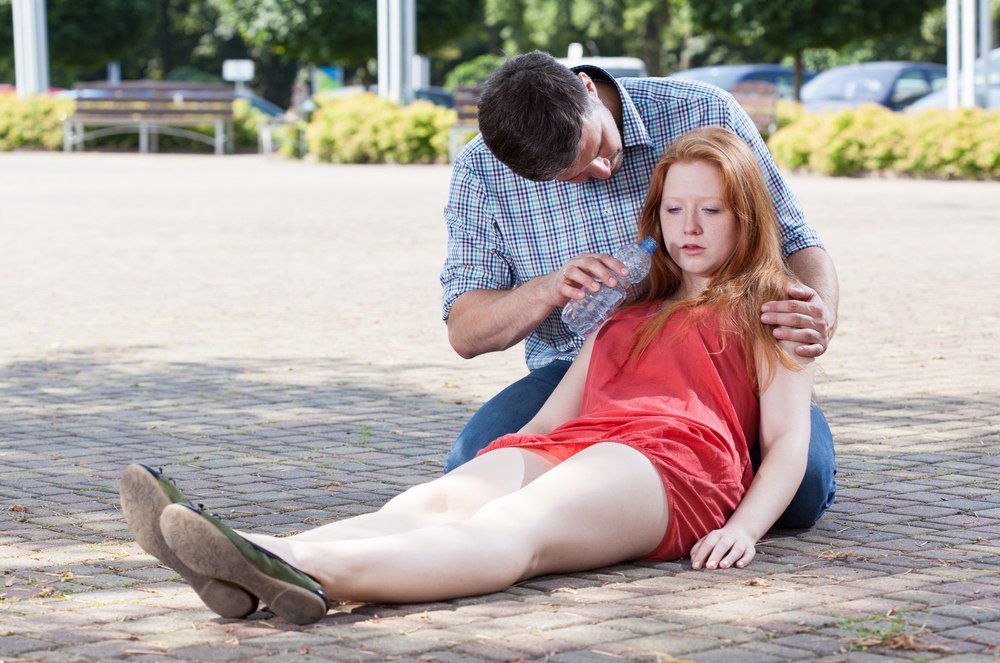 Disorientation or a Sense of Confusion

Individuals with heat stroke often report feeling confused and disoriented, and some may begin to slur their words, which can be an indicator to those around them. Any behavioral changes in high heat, including difficulty, thinking or focusing, severe restlessness, and even aggressive behavior can suggest heat stroke. Confusion and disorientation can have serious after effects, so it is important to see a medical professional. 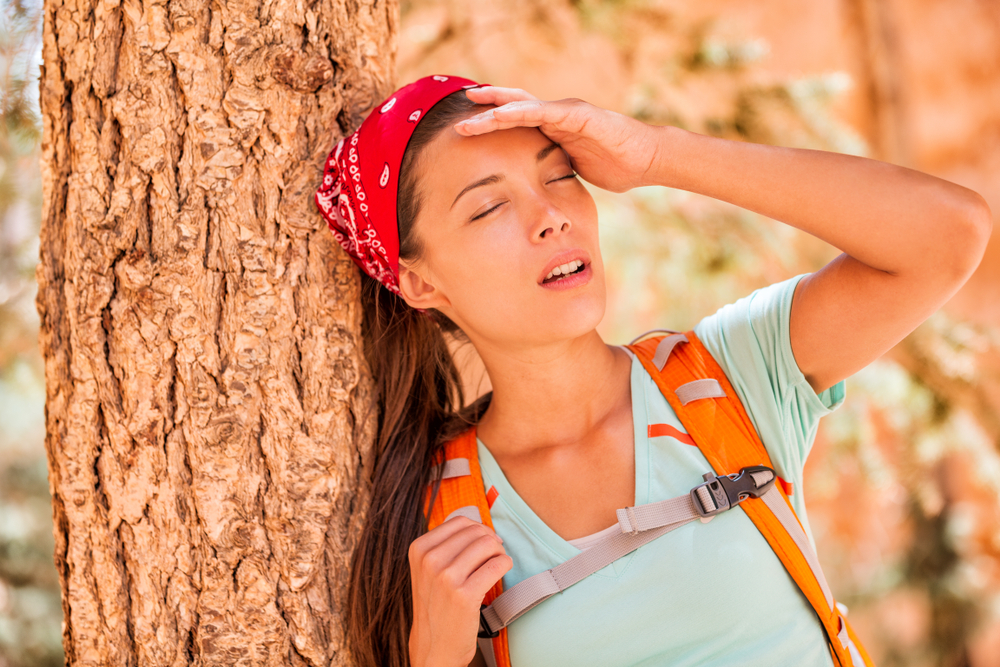 When heat exhaustion progresses to heat stroke, nausea can set in. A queasy feeling in the stomach, along with dizziness, develops due to the toxic effects of too much UV radiation and can have long-term effects on the body. Heat stroke can cause damage to the internal organs in extreme cases. The body may react to increased body temperature caused by heat stroke by vomiting or attempting to vomit. Hydrating and getting out of the sun can help ease these symptoms. 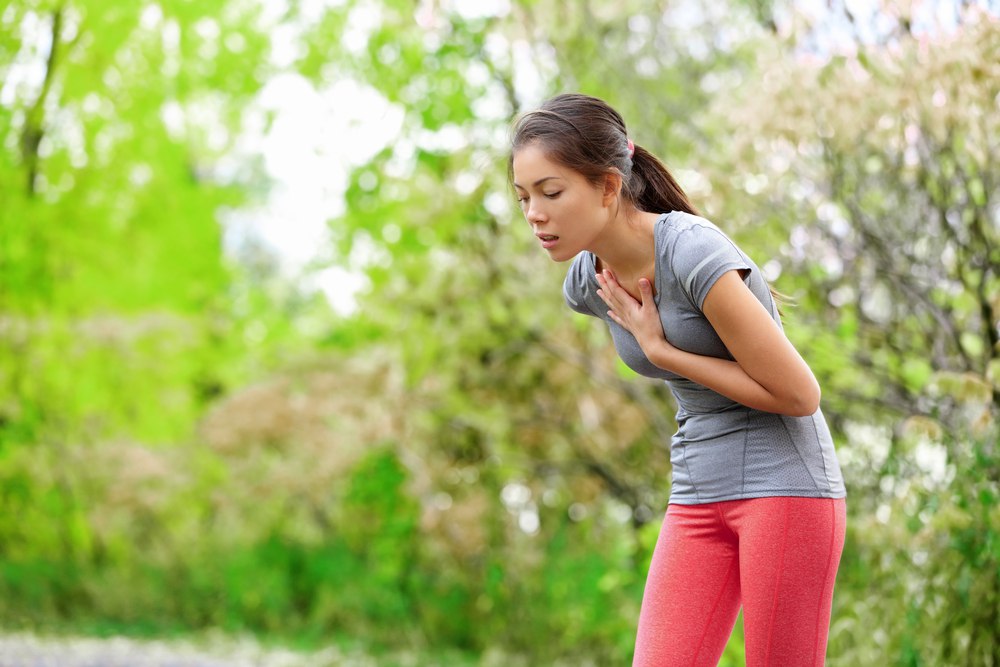 One of the most prominent signs of heat stroke is an excruciating, often pulsating headache. The pain may come and go for several hours after sun exposure. When this symptom sets in while one is out in the sun, he or she should take it as a sign to seek a cooler, shady location and drink lots of water. 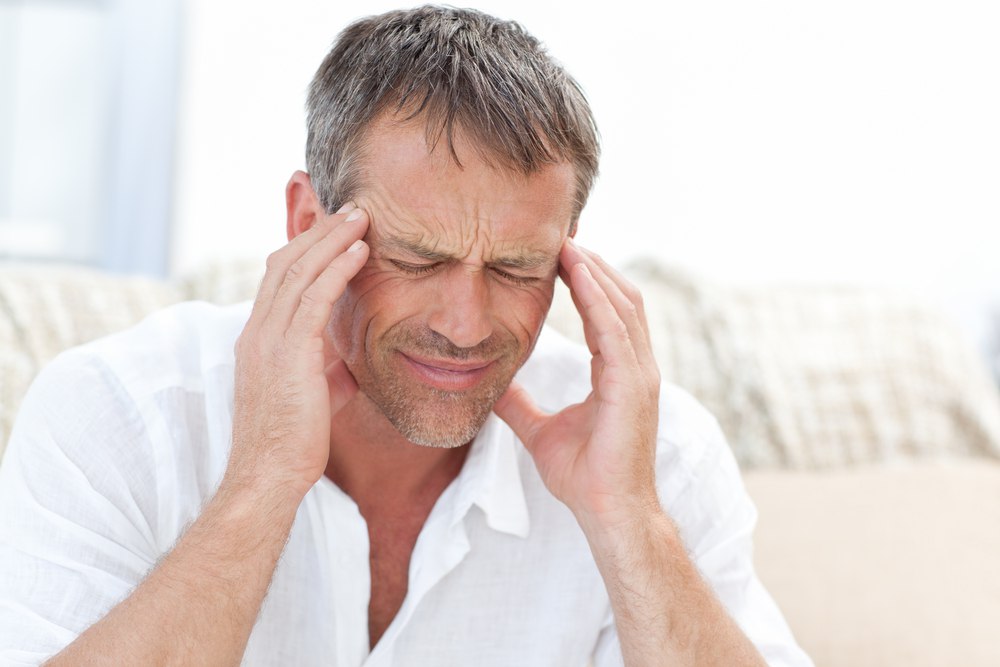 Sweat is a common side effect of spending time in the heat. When a person outdoors on a hot day suddenly stops sweating, this could indicate heat exposure has crossed the line into heat exhaustion or heat stroke. The body no longer has a normal response to sweat, leading to overheating, so it is vital to rehydrate immediately. In other cases of heat stroke, however, a person may experience excessive sweating. 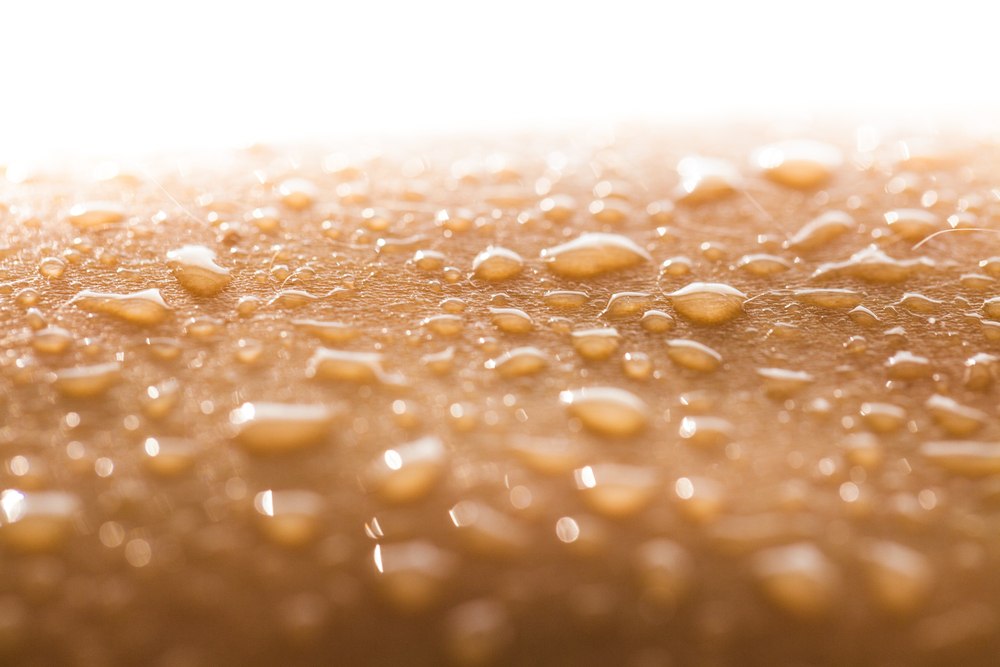 When sweat is not present to help cool the body, both the surface and internal body begin to feel hot. If someone out in the sun, or recently exposed to the sun, notices their skin is hot and dry but they are not sweating, they could be experiencing heat stroke. A cool bath can soothe the skin and lower the body temperature, but it is still important to stay out of the sun and see a doctor if any other symptoms develop. 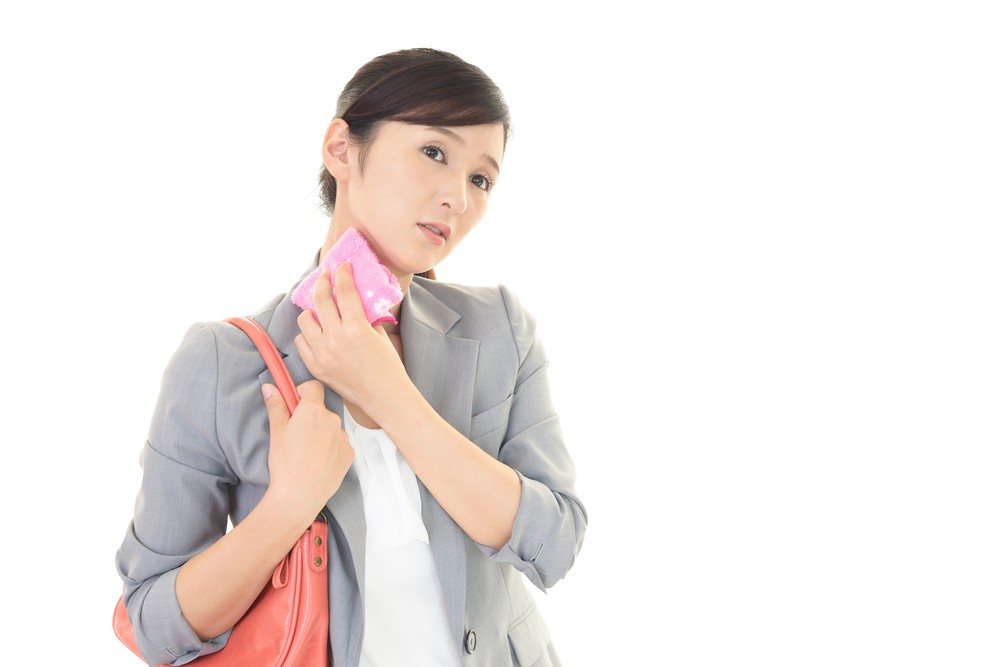 Seizures are another common symptom of heat stroke that often cause the body to shake uncontrollably (though they can also present with less obvious symptoms). Seizures can cause permanent brain damage, so getting out of the sun, rehydrating, and seeking medical attention are essential. If someone is around during an individual's seizure, he or she should attempt to keep the seizuring person calm and protect their head if they are spasming. 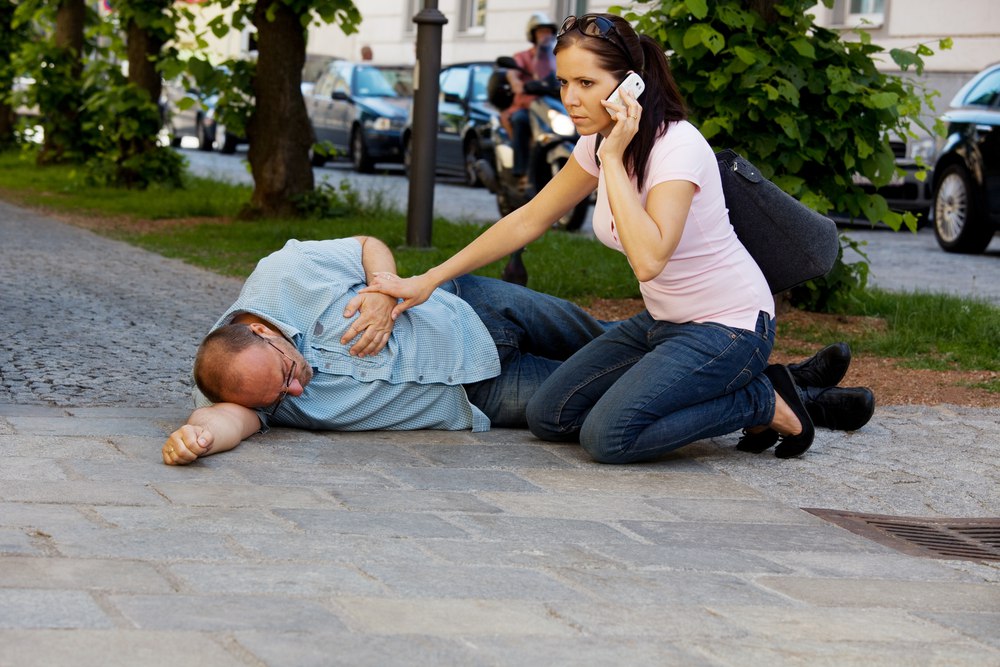 Spending a lot of time out in the sun can leave anyone feeling tired and weak. However, extreme fatigue combined with other symptoms of heat stroke likely point to a more serious issue than just overexertion. Anyone who experiences sudden exhaustion after being out in the sun should call a doctor immediately. 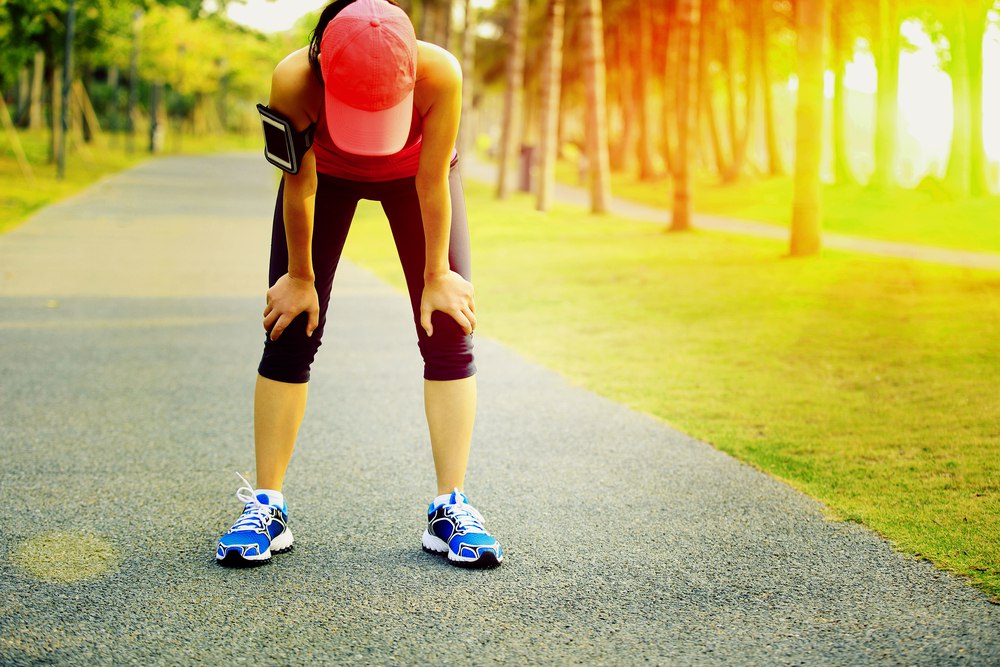