A polyp is a term used to describe a growth in a mucous membrane. A colon polyp form in the surface lining of the membrane in the colon, but they can also develop elsewhere in the body such as nasal passages, mouth, uterus and genital area and bladder. Most colon polyps are noncancerous. However, there are cases where the polyp continues to grow abnormally and become cancerous. There are two distinct colon polyp shapes and four different types of polyp. Read on and learn more about which ones are which, and which ones can be malignant (cancerous) and which are benign.

Shape 1 of colon polyps is the pedunculated polyp. These are raised growths, attached to the mucous membrane surface by a long peduncle, or stalk. Much like a mushroom: they are bulbous on top, with a stem. These kinds of polyps are easy to find as they intrude so much into the colon space, almost as if they were standing up. The structure of a pedunculated polyp will remain the same with small characteristic changes appearing, depending on what type of specific polyp it is. Tests are the only way to know which type you have. 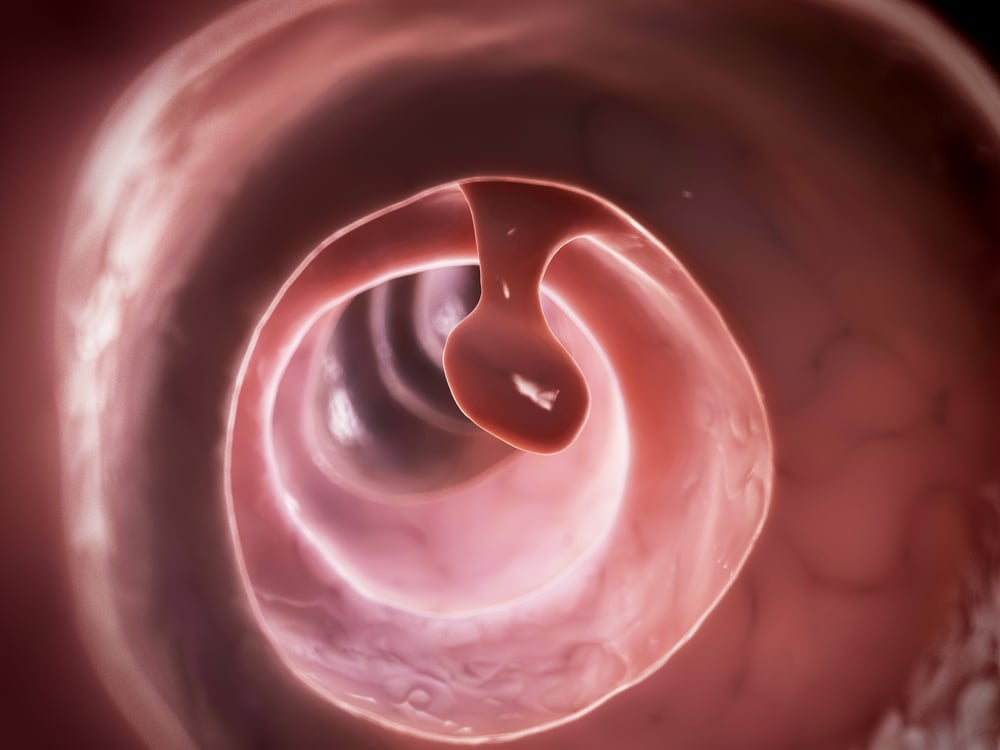