If you feel an unusual pain in your breast, you might assume the worst. Breast cancer can affect men and women of all ages and backgrounds. According to the American Cancer Society, more than 200,000 new cases are reported in the U.S. every year. Symptoms may include a lump in the breast, discharge or blood from the nipple, or breast pain. Any change in the shape or texture of the nipple or breast might also be a sign. However, there are many reasons for chest or breast pain unrelated to cancer.

An allergic reaction to ingredients in some topical products can cause pain. Instead of hydrating, body lotion might irritate. Applying body lotion on the chest can lead to itching, redness, and tenderness. Makeup, hair products, and other cosmetics can also trigger an allergic skin reaction. Pain after using lotion should prompt the user to stop using it immediately. If the symptoms do not go away, a visit to a doctor is advisable. 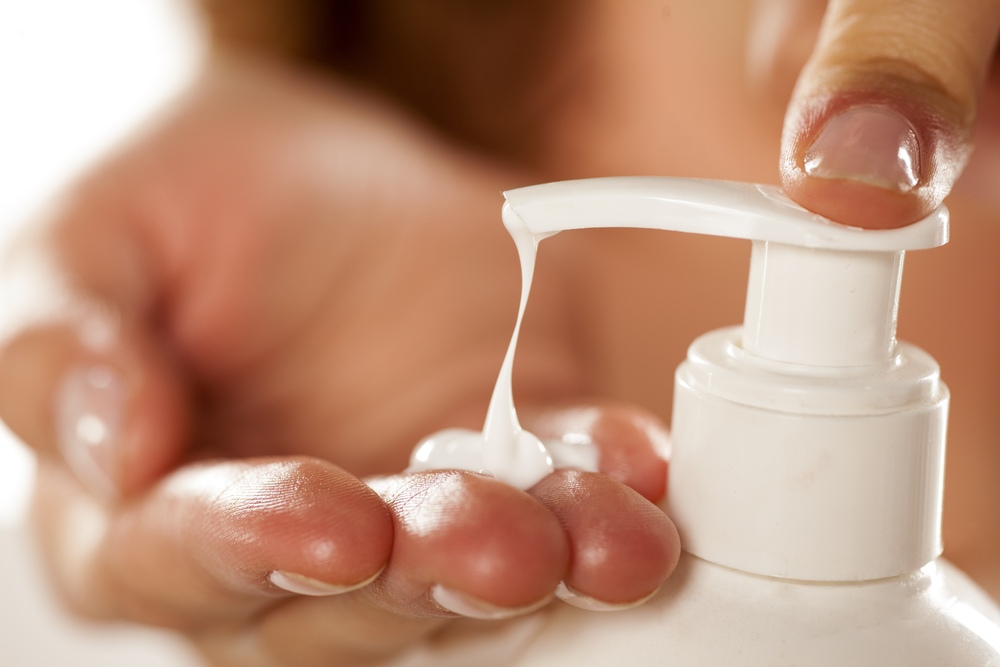 One of the first symptoms of pregnancy (along with a missed period and morning sickness) is sore breasts. Although not every pregnant woman deals with this condition, the breasts usually grow faster than the baby during the early weeks of pregnancy. Hormonal changes, especially an increase in estrogen, can cause breast tissue to swell and become tender. The hormones are increasing the size of the milk ducts in preparation for lactation, and this can lead to breast pain and sensitivity. 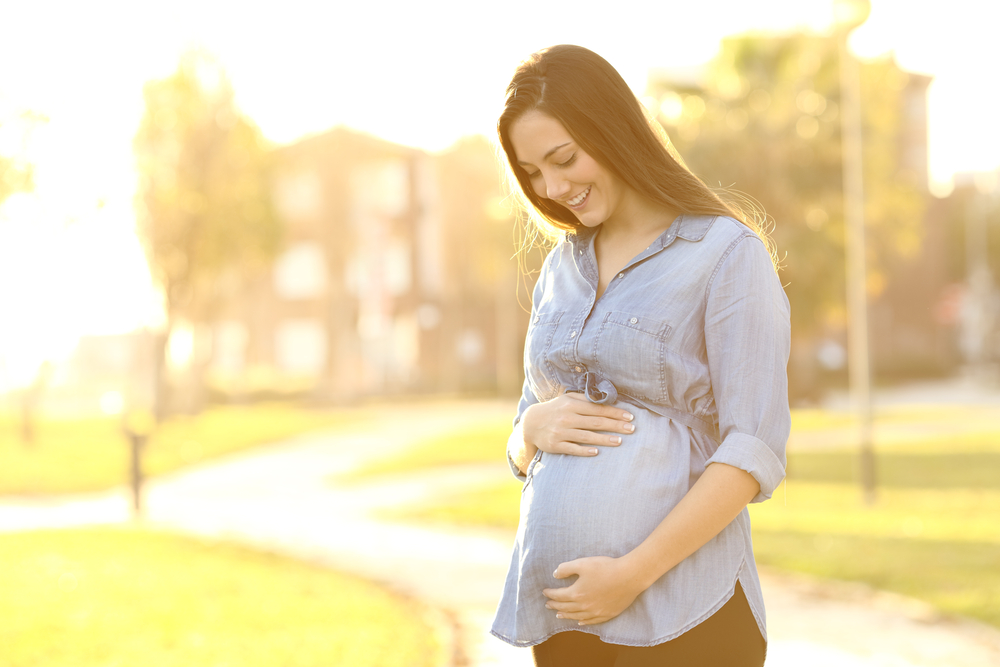 Over 10,000 women participated in a survey conducted by Women's Wear Daily. The results revealed that more than 60% of women wear the wrong size of bra. A poorly fitted bra not only causes a lumpy silhouette, but it can lead to breast pain. A bra that is too small, has a broken underwire, or is constructed with abrasive fabrics can be uncomfortable. A woman who spends the day dreaming about the moment she gets to remove her bra should be professionally fitted for a new one. 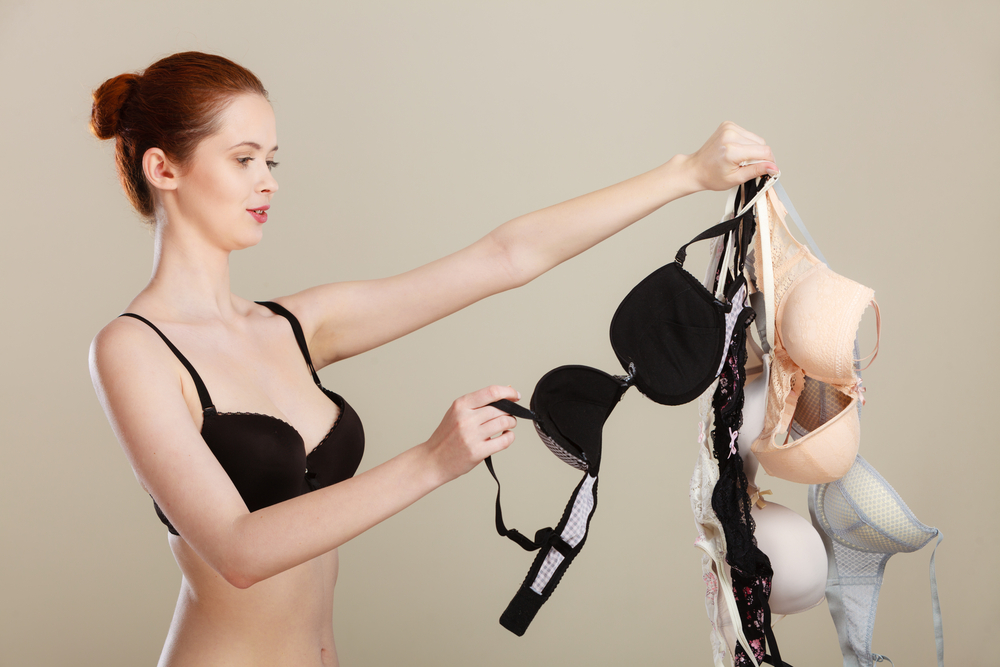 Pushups or chest presses at the gym can lead to breast pain due to a muscle strain. The chest muscle is directly under the breast tissue, so it is common to confuse the two, but within a few days of an intense workout, this is a more likely cause of breast or chest pain than something more serious. Pain due to a muscle strain usually gets worse when the person moves specific ways. The soreness should go away on its own after a couple of days. If it persists for longer, this could be a sign of a more serious cause. 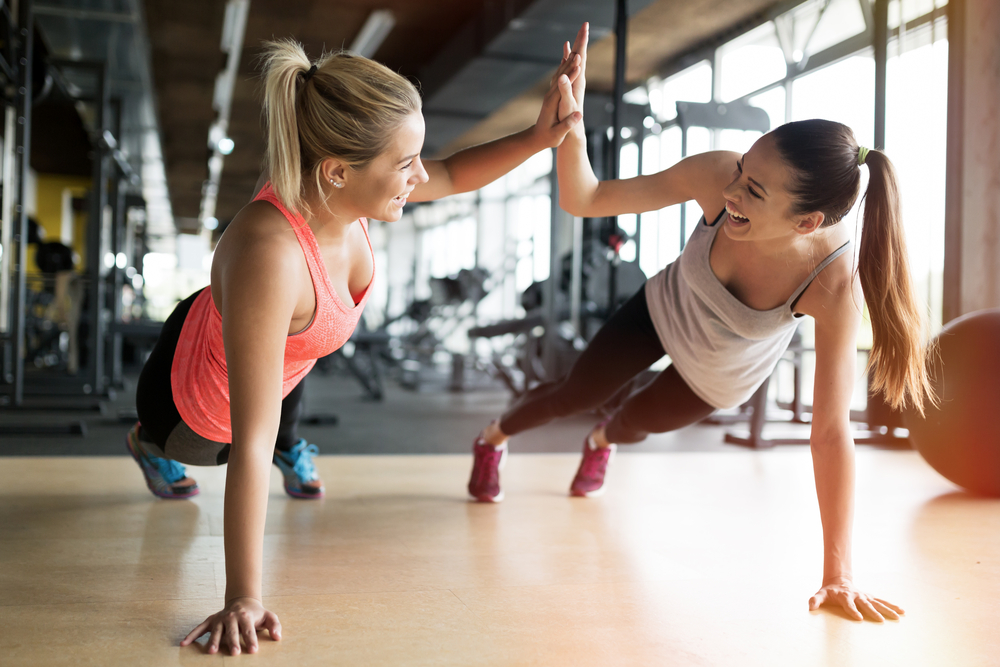 The body has a significant amount of hair on it, even on the breasts. Ingrown hairs, clogged sweat glands, and blocked milk ducts can all lead to an infection, which is characterized by swelling, redness, and pain. Symptoms associated with breast diseases may include fever, malaise, or colored discharge from the nipple. The sight of pus or blood leaking from the nipple should prompt anyone to seek immediate medical attention. 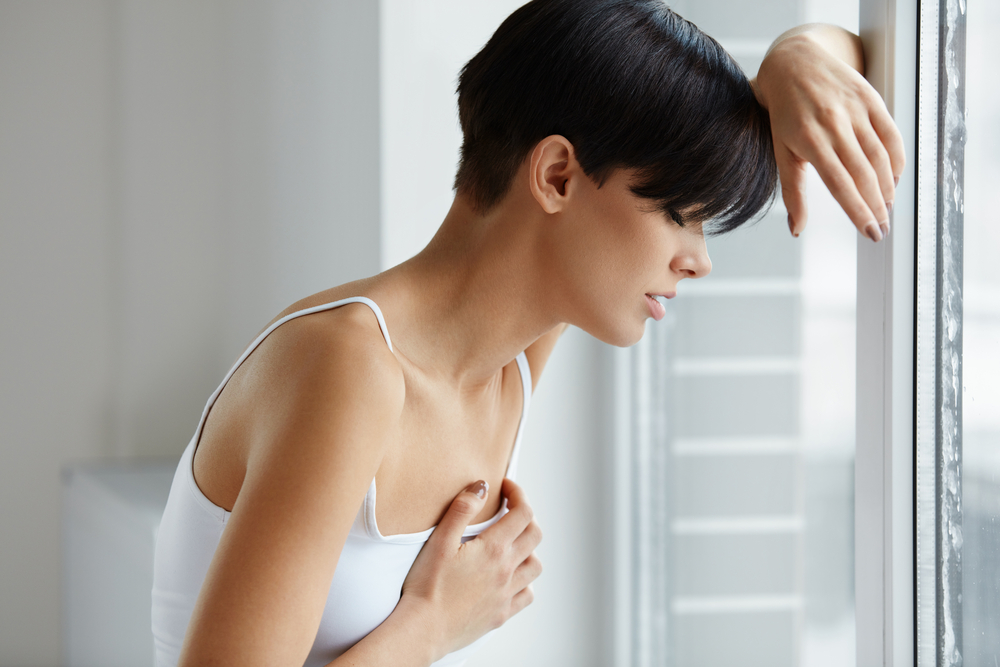 In addition to preventing pregnancy, birth control can also alter hormone levels, which can lead to an assortment of side effects. Breast pain is a symptom of most hormonal prescriptions including fertility treatmentsand hormone replacement therapies. Swelling, sensitivity, and tenderness in the breasts are all typical but should diminish over time. If a woman finds the side effects of birth control pills so uncomfortable that they are not worth taking, she can discuss other contraceptive options with a gynecologist. 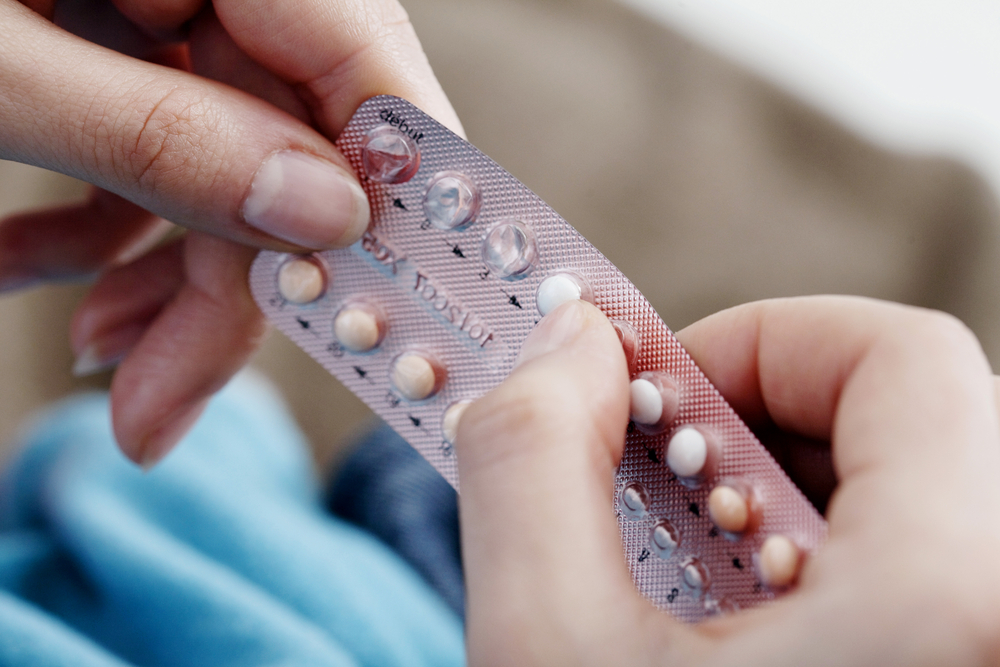 The biological purpose of women's breasts is for feeding a newborn baby. During pregnancy, the milk ducts enlarge to prepare the breasts for feeding. Growing pains are a real thing. After labor, the tenderness will continue and may even get worse. A tiny mouth sucking on the nipple can be painful for the first several weeks, leading to cracked, bleeding nipples, but it will get better. Women struggling with this issue can discuss breastfeeding tips with a lactation consultant. 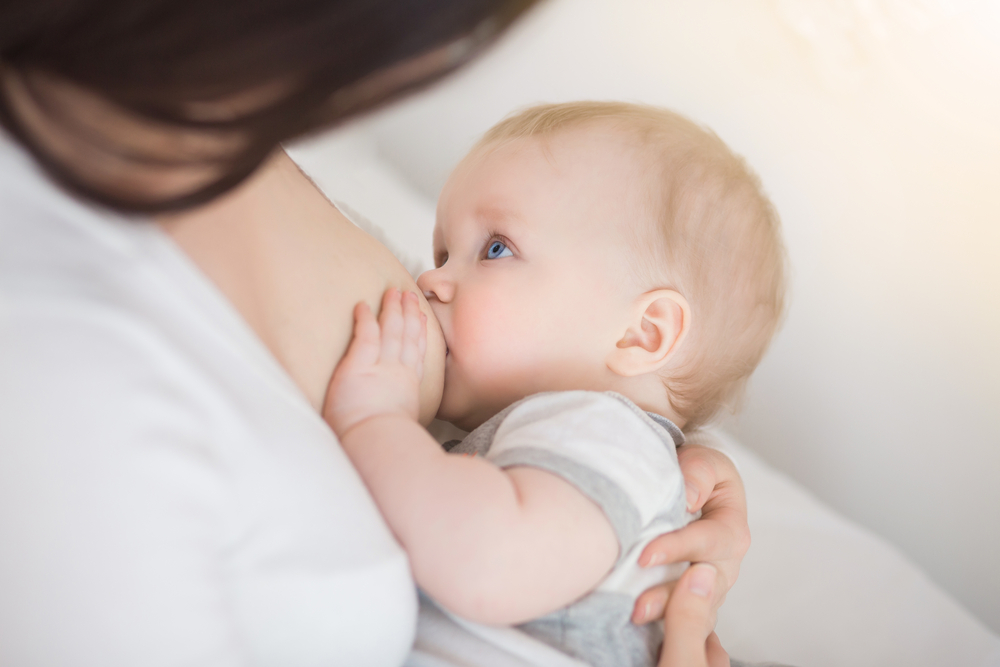 From a car crash to surgery, breast trauma is fairly common. Impact from a seat belt during an abrupt stop or a ball during a game can lead to unexpected bruises and tenderness. A doctor can help a concerned patient determine how long such aches or pain should last. The soreness from an injury should go away within a reasonable period. If breast discomfort lingers, the doctor may recommend an imaging study to ensure nothing more serious is going on. 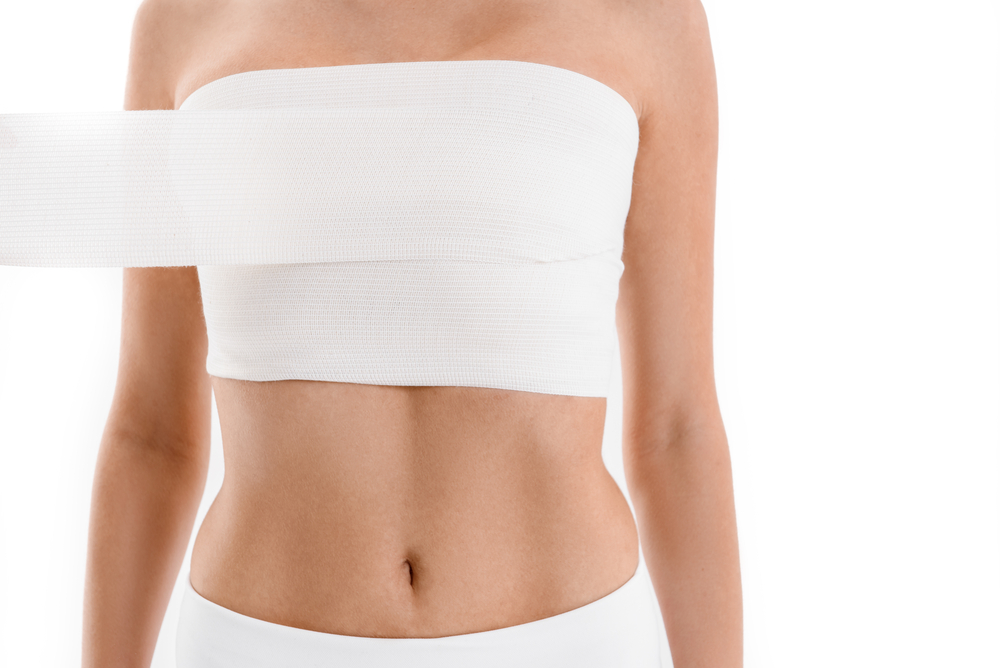 Throughout puberty, menstruation, and menopause, a woman's body undergoes significant changes in hormone levels. The most common type of breast pain happens on a cyclical basis in line with menstruation and is considered normal. Throughout the life cycle, breasts can change in shape and size. Some women even develop tender cysts in their breasts; if these are hard, they can cause pain. Often, such growths come and go during the years a woman menstruates but disappear in menopause. However, hormone-based products some women take during menopause can also cause a buildup of fluid in the breast, fibrocystic breast changes, that can also be tender. 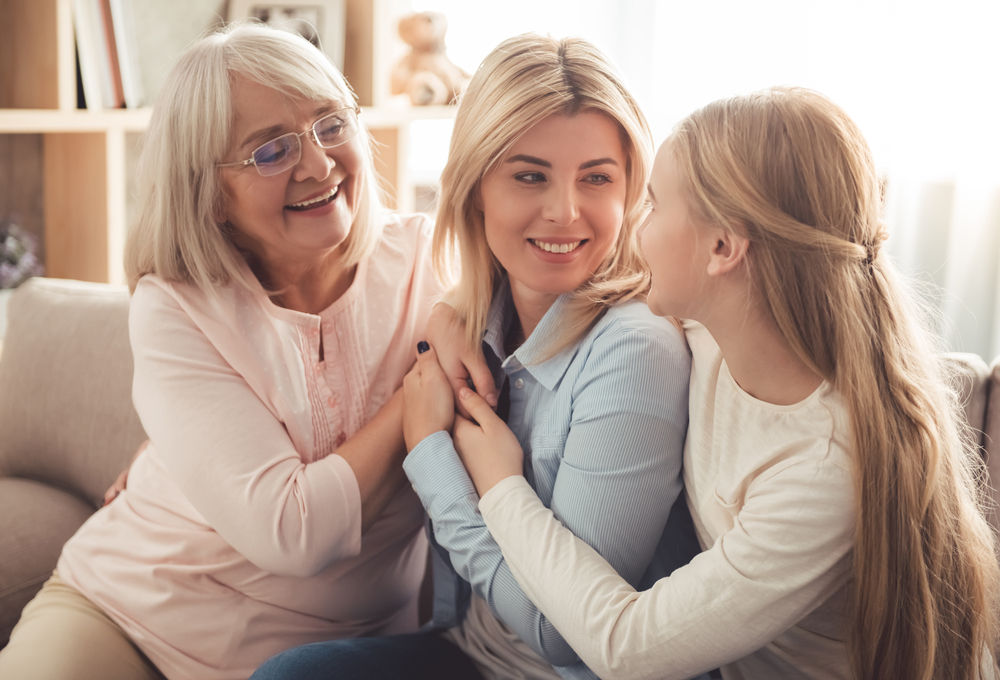 This source of breast pain is not related to the breast. However, because of its location in the body, people may confuse it as such. Costochondritis is arthritis that affects where the ribs and breastbone meet. It is common in older people with poor posture. Anyone who notices a burning pain in that area of the body who also has other symptoms of the condition, should speak to a doctor about the possibility of costochondritis. 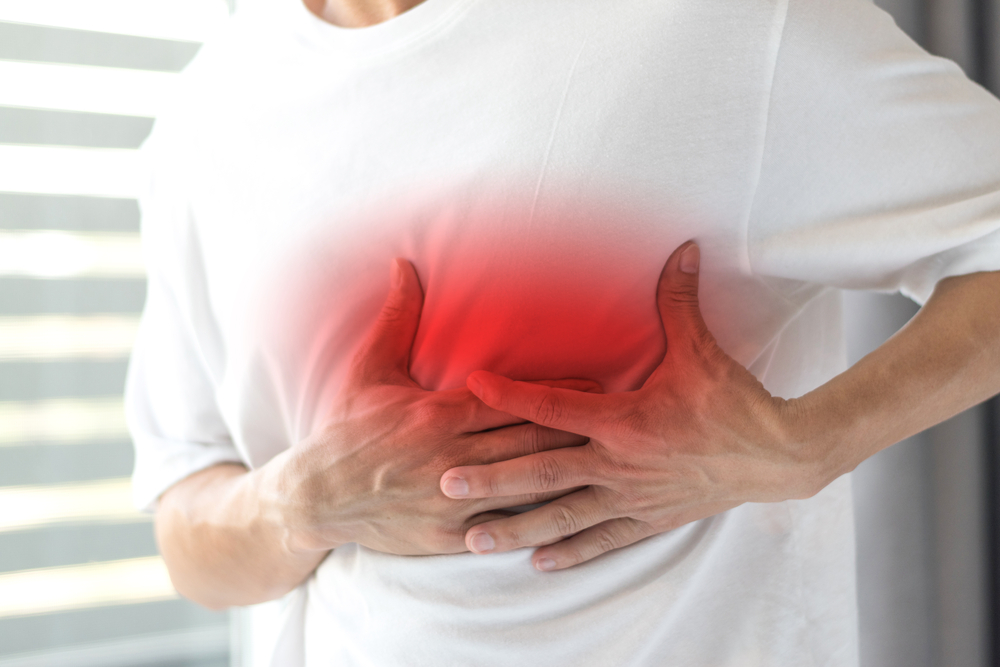