Tips to Avoid a Shark Attack

If you’re like many people scared, and scarred, by the shark in the classic 1975 movie Jaws, the thought of encountering one of these ruthless, bloodthirsty killing machines is probably at the back of your mind whenever you’re headed to the beach. Sharks are the apex predators of the ocean, and with as many as three to fifteen rows of razor-sharp teeth, they’re not to be messed with. Although reports of sharks biting humans are incredibly rare, it’s still a good idea to know how to avoid becoming a victim before you swim in the sea this summer. 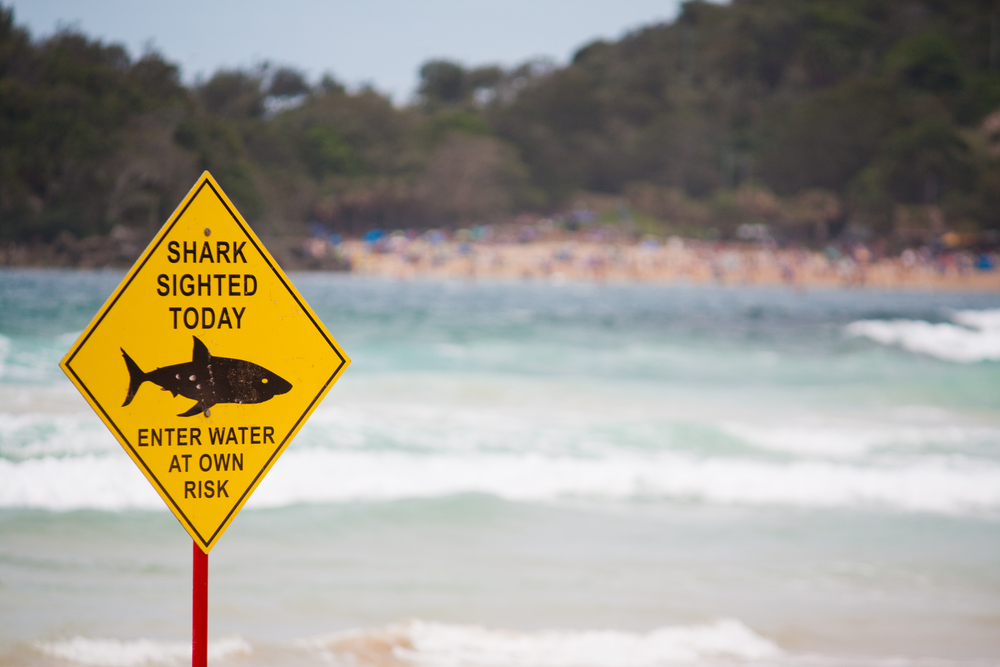 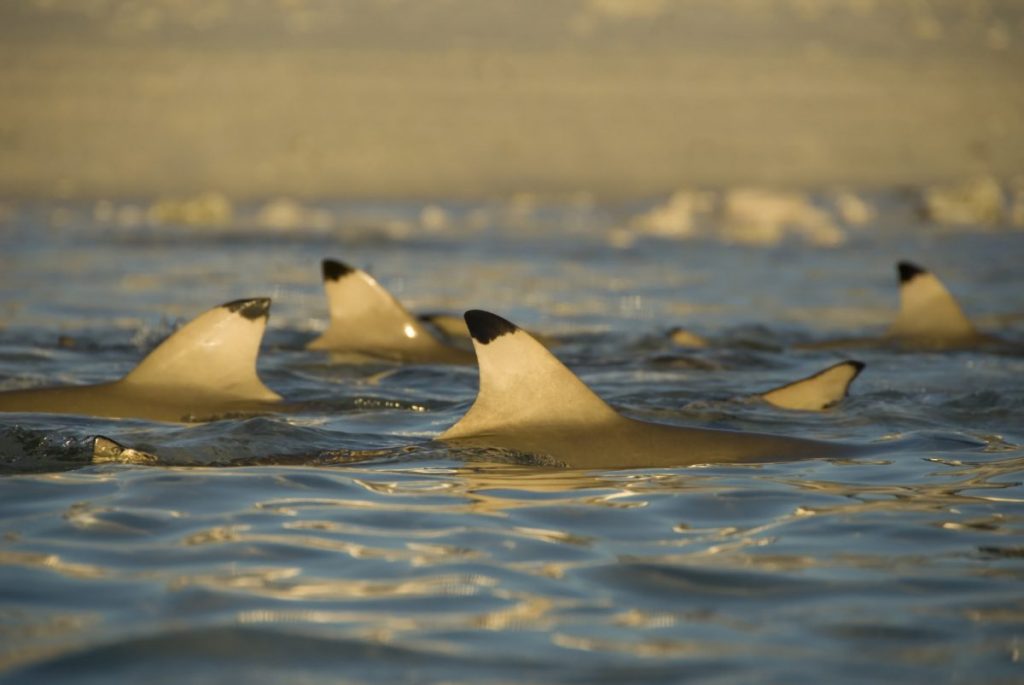 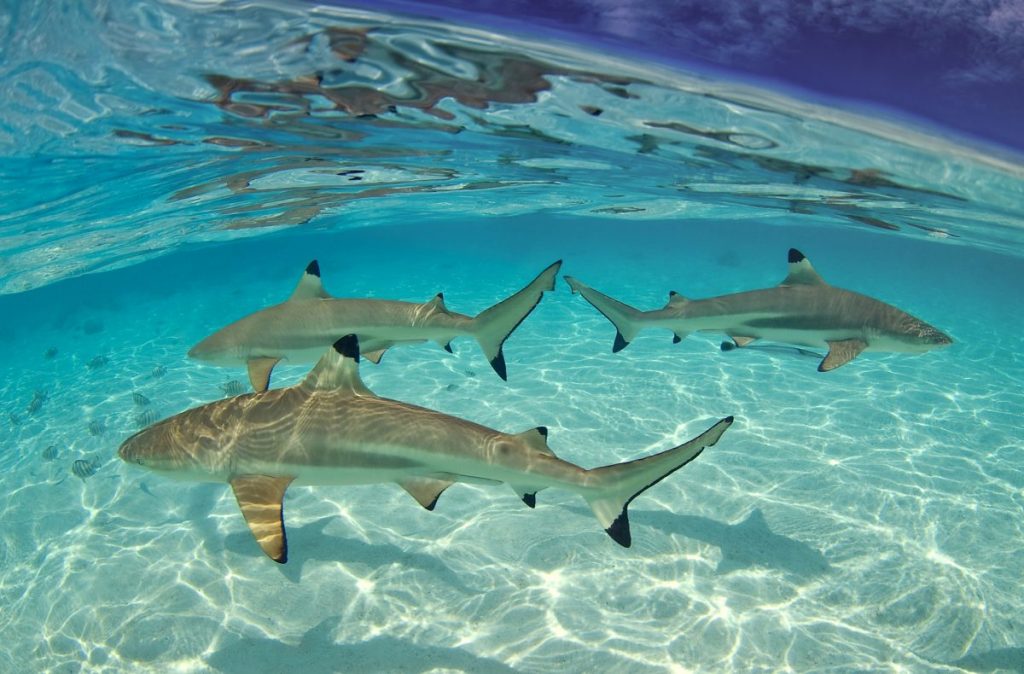 What not to wear 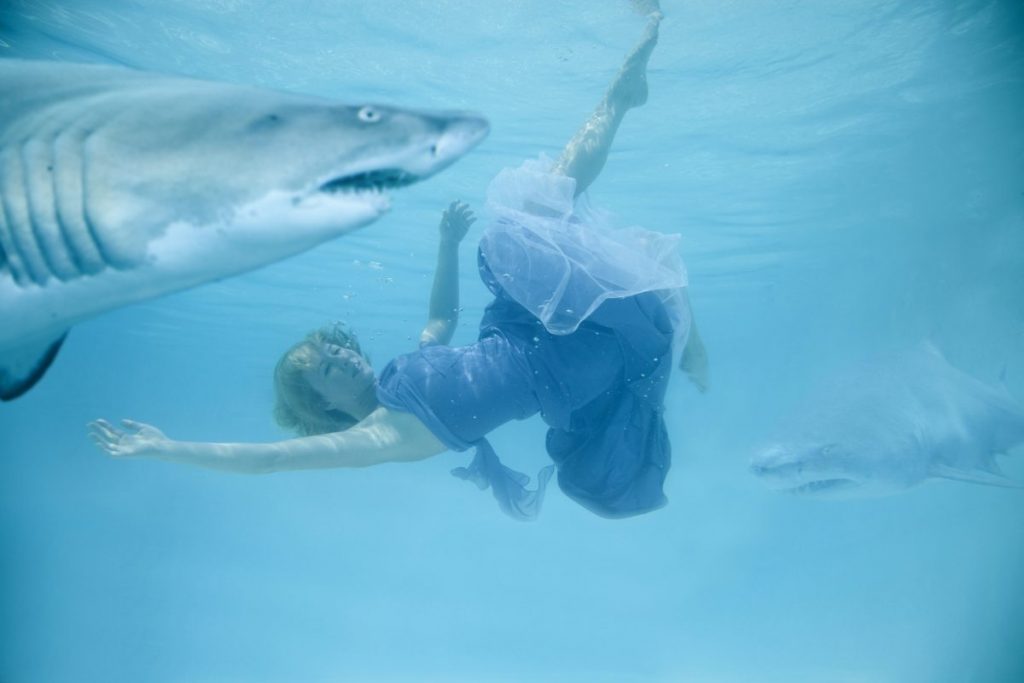 Provoked attacks are caused by people touching sharks, either accidentally or on purpose. Most often, sharks are provoked to attack when they’re caught up in fishing nets. More recently, however, it’s becoming increasingly common for divers who attempt to pat or feed a shark while underwater to become victims of provoked attacks. It kind of goes without saying that you should never, ever touch a shark! 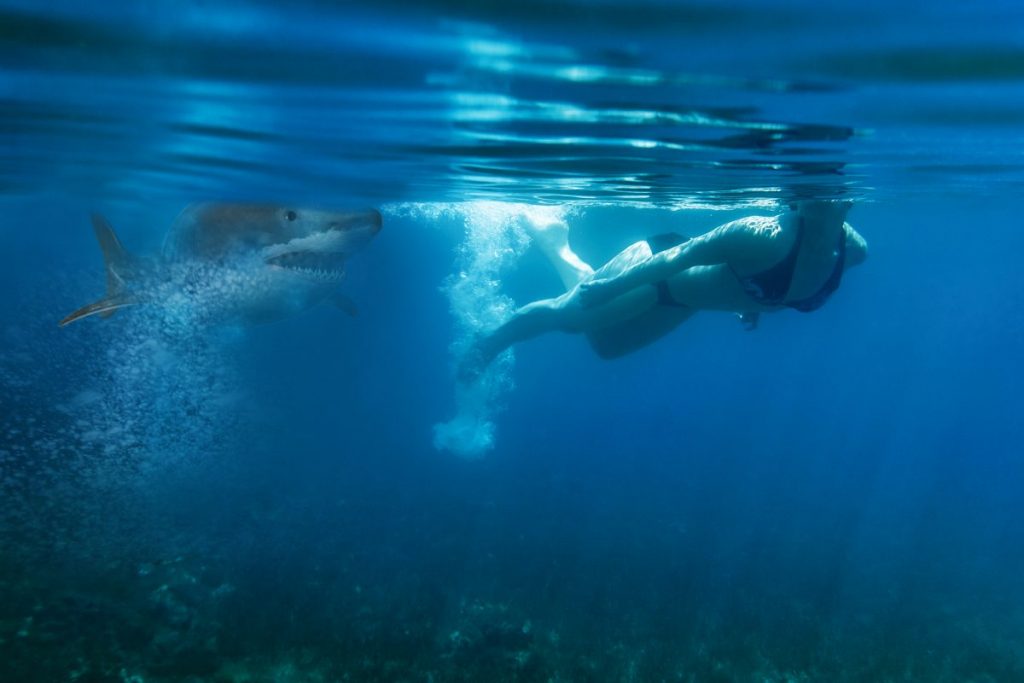 Unprovoked attacks happen when the shark is the one who makes first contact. There are three different forms of this. Hit-and-Run Attacks: These happen near beaches when a shark mistakes the movements of a human, who is usually swimming at the surface, for food. They typically take a bite and let go when they realize the human doesn’t taste very good, and leave the area -- but the person who the shark “tasted” is often left with serious, but rarely life-threatening, injuries. Sneak attacks: These happen in deeper waters with unsuspecting victims, usually divers. They are much more vicious and can result in severe injury or even death. Bump-and-Bite Attacks: These are the most antagonistic, and also usually involve divers. The shark will circle the victim and bump them repeatedly with their head or body before finally biting, often repeating this cycle until the victim is seriously injured or killed. 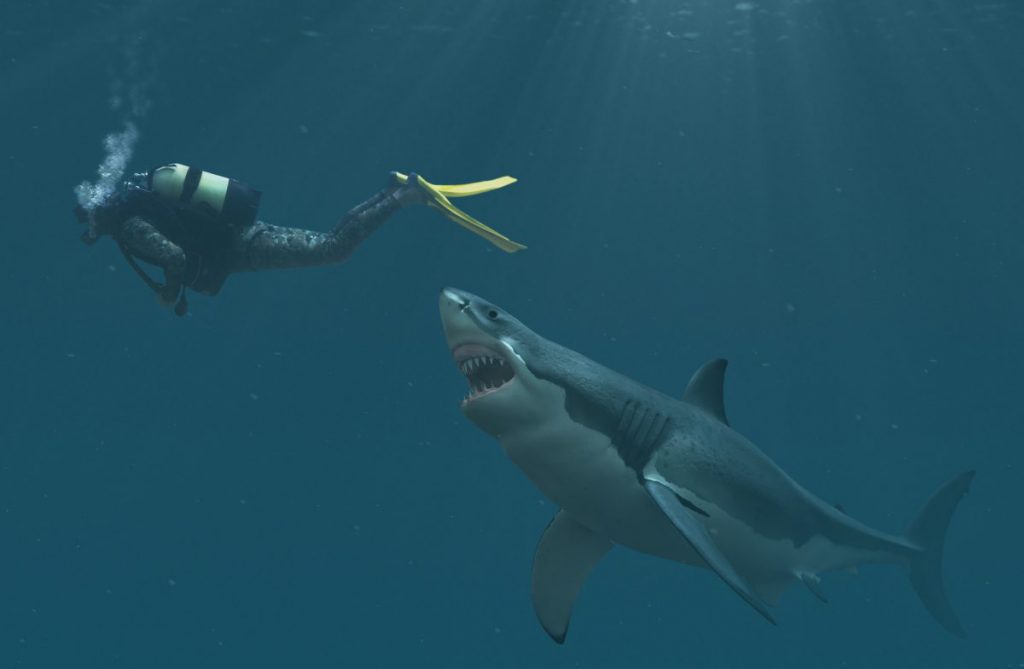 What to do if a shark is approaching you

It’s easier said than done, but try to remain calm and avoid making sudden movements, like thrashing or splashing, even if you want to call attention to your undeniably precarious situation. Slowly and steadily make your way toward the shore or toward a boat, whichever is closest to you, all the while making sure you aren’t blocking the shark’s path toward the open ocean. Most importantly, never turn your back on it. 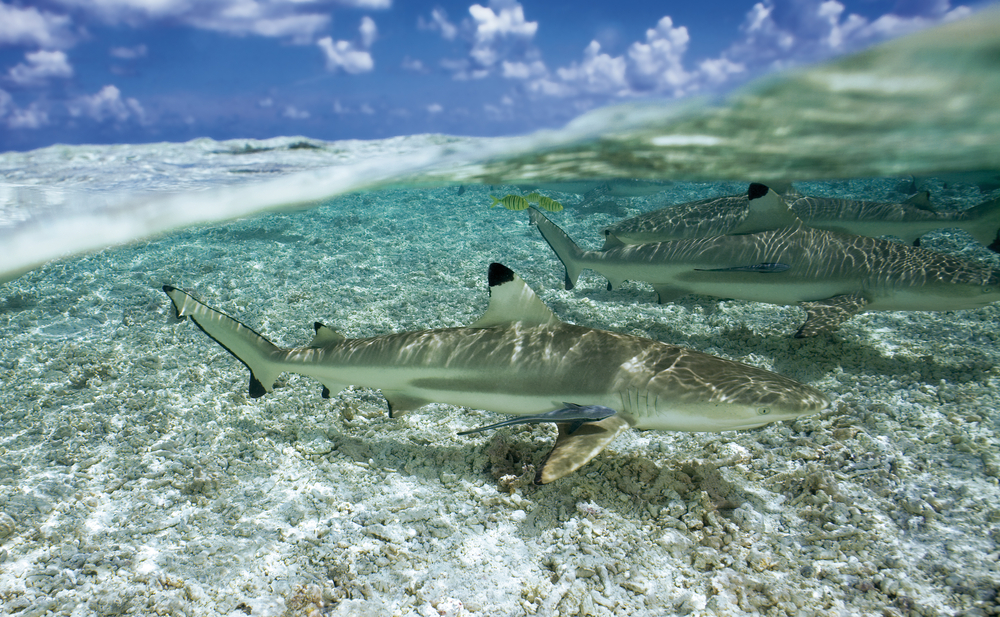 How to survive a shark attack

If you’re in the process of being attacked by a shark, the general rule of thumb is twofold: don’t panic, and do whatever it takes to get away! Some survivors have yelled underwater, blown bubbles, or even been aggressive. Either get big or go small. If a shark is circling, make yourself look as intimidating as possible. However, if a shark is just passing through, you might want to curl into a ball, so the shark doesn’t see you as competition for food. Whatever you do, don’t splash around. You’ll only excite the shark by acting like its prey. Another thing you can do is maintain eye contact. Sharks prefer to ambush their prey, so if your eyes are on them the whole time, they might be dissuaded. Finally, don’t play dead. This is a shark, not a bear, and it’s a life or death situation -- give it hell. 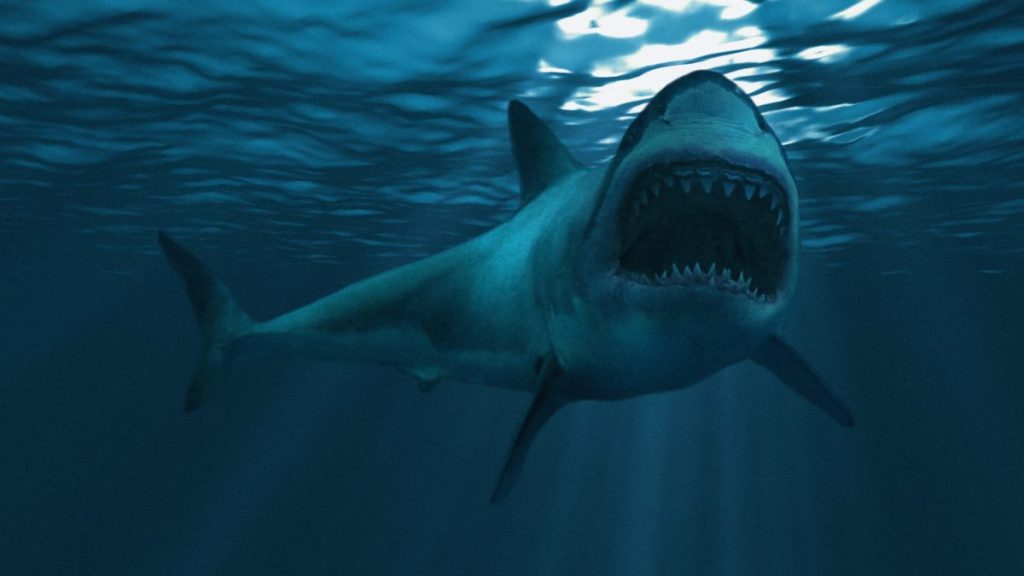 Most dangerous shark species to humans

Any large shark, over two meters in length, is likely to attack. However, three species are known as the primary attackers of humans: the great white shark, the tiger shark, and the bull shark. These sharks are wired to consume large prey, and are responsible for the vast majority of unprovoked “sneak” and “bump and bite” attacks. The great hammerhead, oceanic whitetip, the shortfin mako, the Galapagos, and certain reef sharks are also known to attack humans unprovoked. 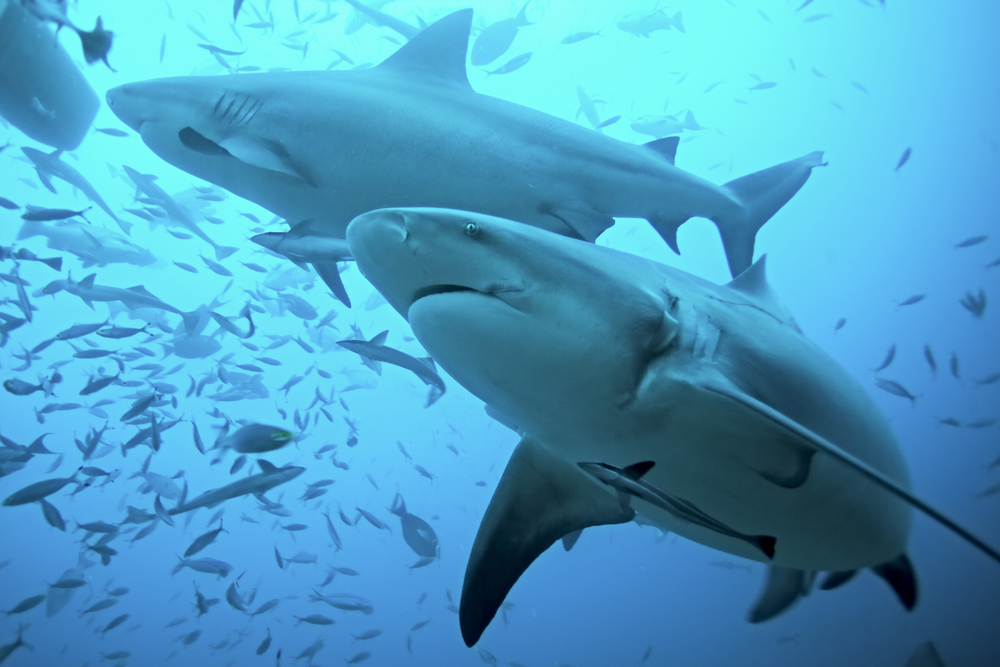 What about the sharks?

Sharks have a reputation as evil villains, but that’s not entirely fair. As fearsome as sharks are, the truth is, we attack and kill far more sharks than have ever attacked us -- about 20 to 30 million each year through sport and commercial fishing alone. Sharks are quite easily caught with a baited hook, and in many parts of the world, they are seriously under threat from overfishing. Sharks are a valuable part of the ocean ecology and must be protected to maintain the ecosystem. It’s important to remember that sharks are just following their instincts when they attack, whereas we are killing them purely for fun and financial gain. Is there a chance that maybe we are the true villains here? 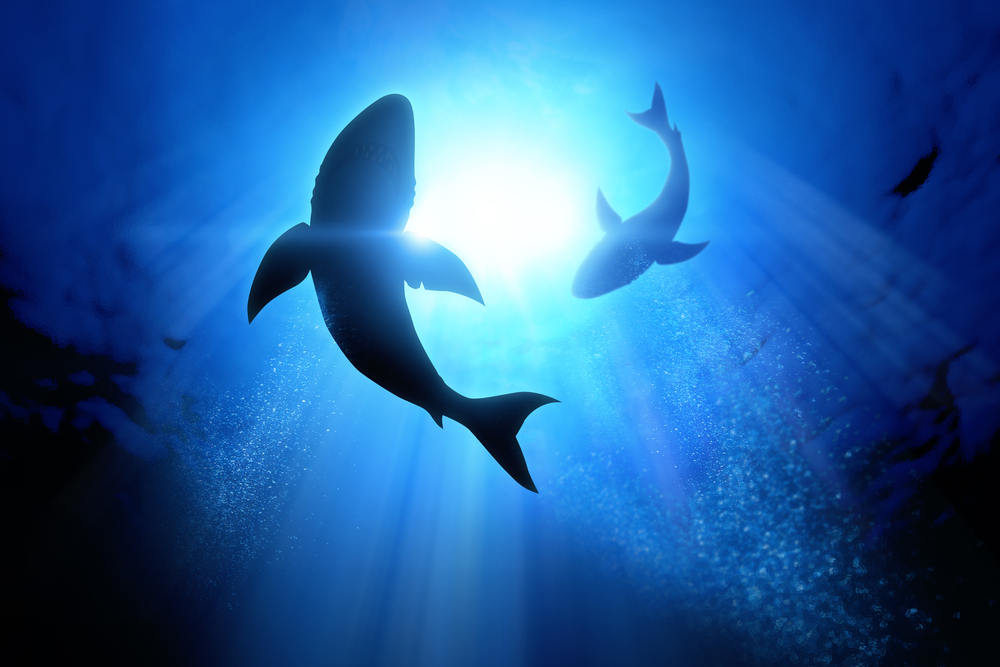