There are travel destinations that seem to be on everyone's bucket list — sites with amazing world-famous works of art and stunning vistas of natural beauty. However, the expectations of visiting popular destinations don't mesh well with reality. Perhaps you decided to visit these places after seeing them on TV. But what you might forget is, when they're filmed, production teams close the site down for exclusive access without crowds. The problem with a place being popular is they are crowded and often become overpriced tourist traps that can never live up to expectations.

The Taj Mahal in India

The Taj Mahal is architecturally stunning and an iconic symbol of enduring love. But remember, all those famous photos of a near-empty site with the Taj Mahal alone in the background are one of two things:

In reality, the Unesco World Heritage site is crowded with tourists - up to four million each year. Getting there involves a lot of travel in a remote area or an expensive organized tour. With the added risk of monsoon floods, the Taj Mahal rarely lives up to expectations. 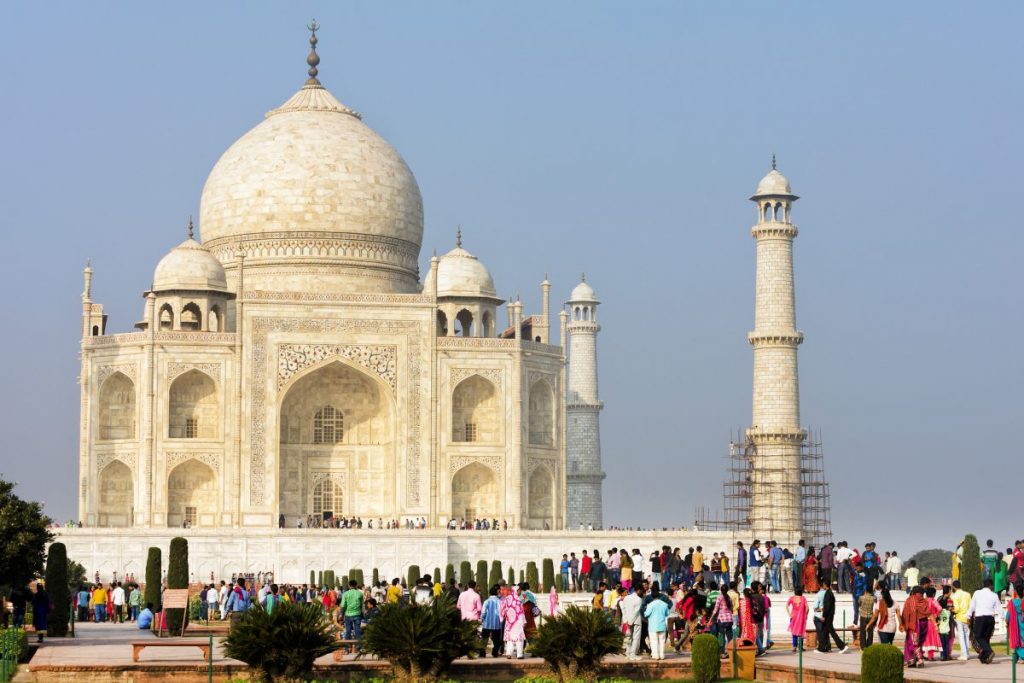 There are two days of the year when it is worth going to Stonehenge: on summer and winter solstices. Only on these days are you allowed to touch the stones and wander between them, all for free admission. Of course, on these days visitors stand shoulder to shoulder with thousands of other people. Also, the unpredictable English weather means being able to see a sunrise is unlikely. However, the rest of the year is worse. After paying a startling amount, you can circle at a distance from several large boulders. Yes, realizing that prehistoric peoples moved them hundreds of miles from Wales is impressive. But how long will that thought keep you entertained? Avoid this tourist trap and seek out any one of the hundreds of other stone henges in the UK. Most of which are free to enter and you can get right up to the ancient stones. 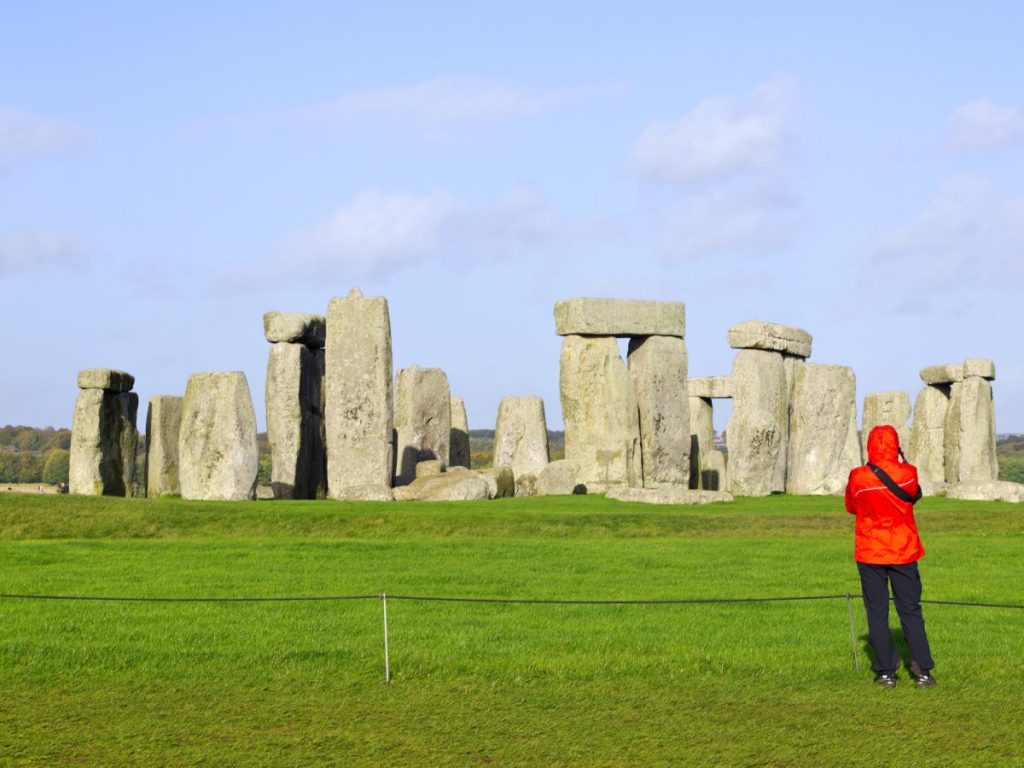 The Acropolis In Greece

This trap comes with a caveat. If you can visit early in the day or outside of peak tourist season the Acropolis of Athens is truly stunning. However, most experience the birthplace of democracy is in sweltering heat, standing toe-to-toe with thousands of other people. Many of those people will be on a day trip from a cruise ship with a tight itinerary. It's not unusual to see tourists barging slower walkers out of the way to keep to their timetable. The Acropolis is mostly empty of archaeology. All the interesting artifacts are either in the new purpose-built museum below the Acropolis or in the British Museum in London. Both of which are worth a look, especially the local museum next to this ancient wonder where you can learn far more than at the Acropolis itself. 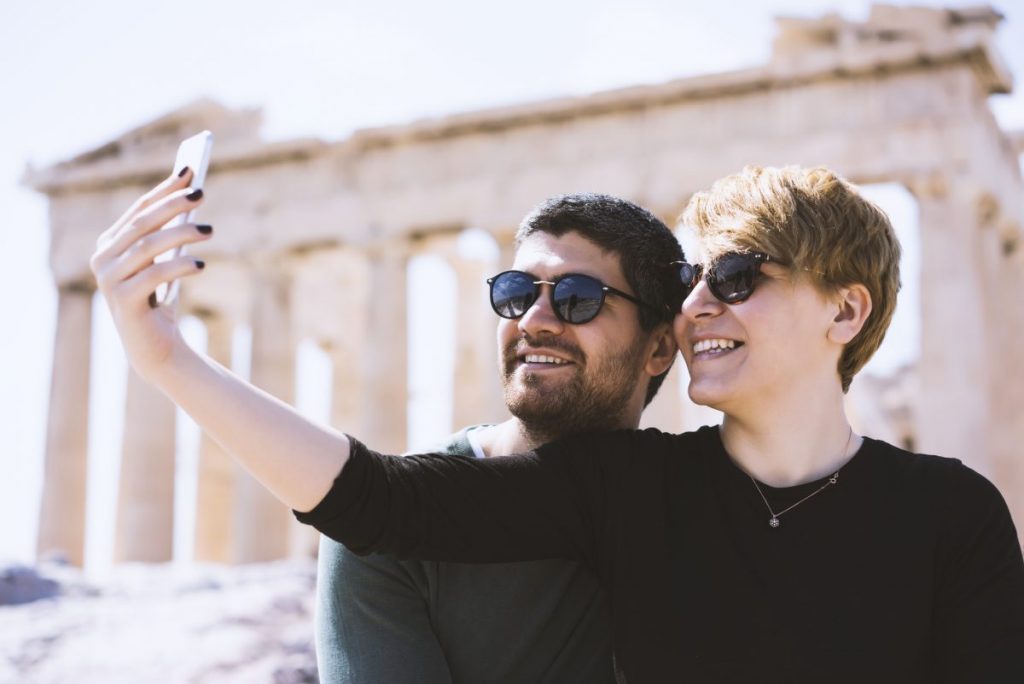 The Forbidden City In China

The Palace Museum in Beijing was once the hidden enclave of imperial China. Now open to the public it welcomed an astonishing 17 million visitors through the gates in 2018. In fact, authorities in Beijing are now considering limiting the number of visitors to the Forbidden City. The sheer number of people is causing damage to the site. Proposed ideas include encouraging people to visit in the afternoon and during the hot summer days of July. The Forbidden City is a large site covering 150,000 square meters (1,600,000 square feet) which contains over 90 palaces and 980 buildings — because of this, being inside the Palace Museum might not feel as crowded as other sites on this list. However, there are bottlenecks at the entrance gates meaning there are long waits in queues. 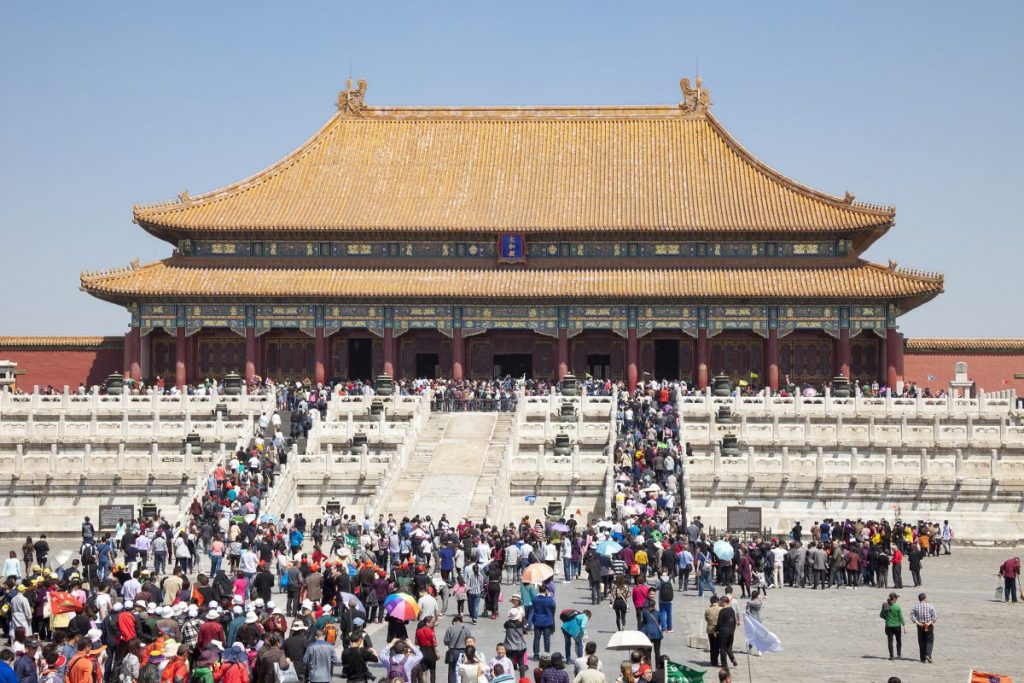 The Creation Of Adam In Vatican City

One of the most famous ceilings in the world, Michelangelo's masterpiece adorns the Sistine Chapel in the Vatican. It's actually quite difficult to appreciate the artwork while tilting your neck up at a 45-degree angle. Art admiration is even more challenging when you are being bustled about by hundreds of other people. All of whom seem to be trying to take a sneaky photo of Adam and God nearly touching whilst irate guards shout "no photo!" in a dozen languages at the crowd. If you must visit the Vatican, there are plenty of other areas worth your time. Save yourself the neck ache and buy a postcard instead. 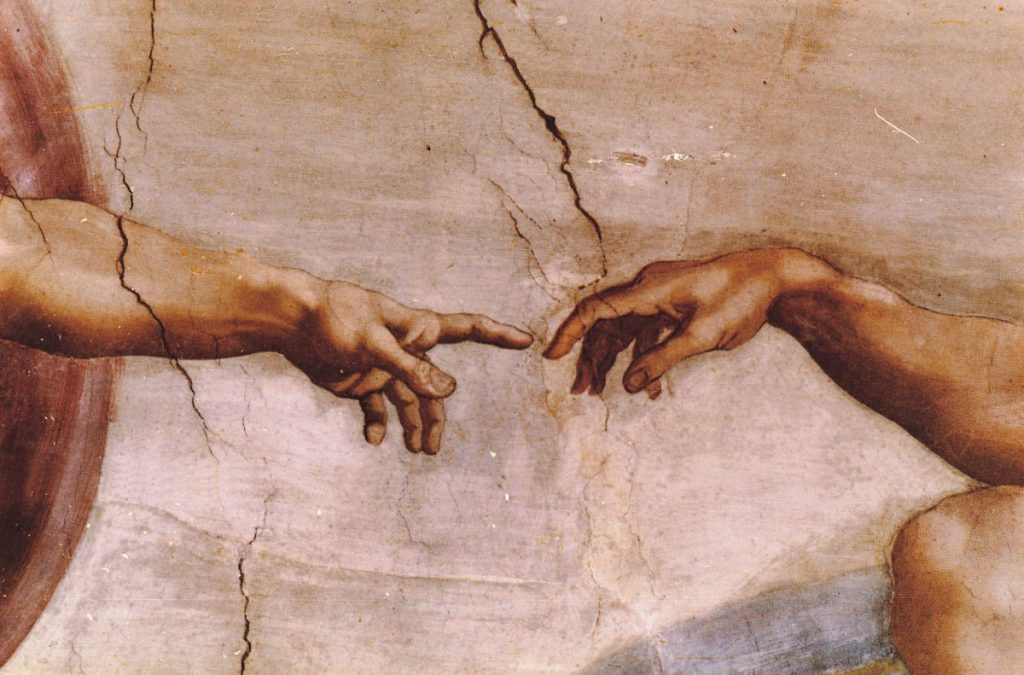 Straddling the border between Canada and the US, Niagara Falls sees over 30 million visitors annually. The geological feature is formed of three waterfalls and is slowly eroding its way upstream. While the falls are impressive, many visitors feel somewhat disappointed. Besides watching 168,000 cubic meters (6 million cubic ft.) of water go over the falls each minute, there is little else to do at Niagara Falls. Traveling closer on a boat cruising through the mist might look great from a distance, but on the boat itself, you will mostly only see the mist. 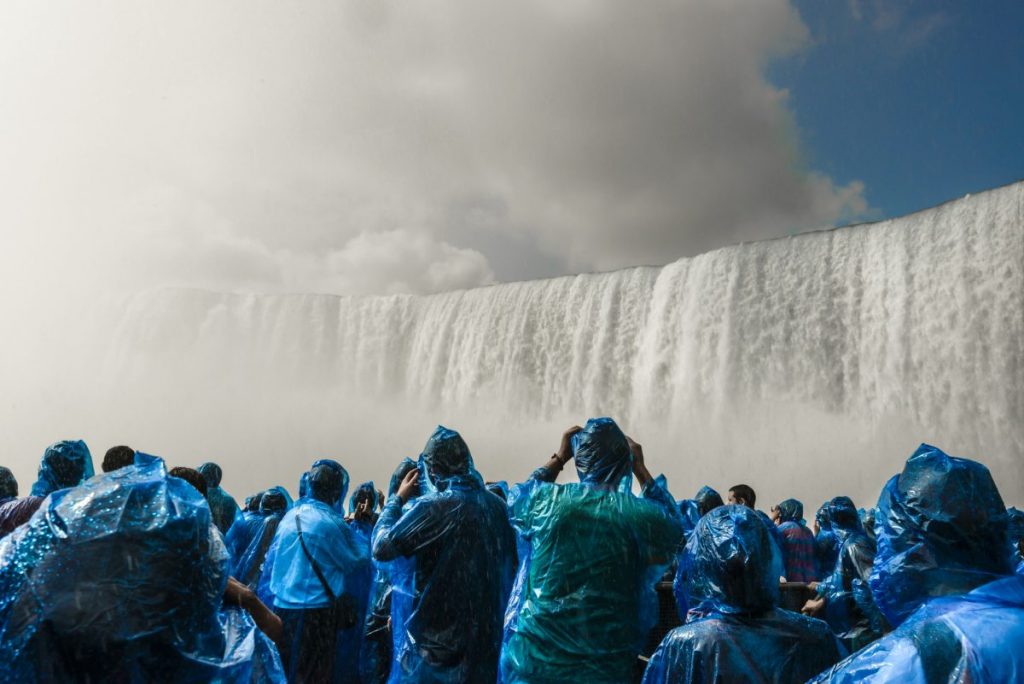 Leaning Tower Of Pisa In Italy

Now open to the public, tourists can scale the staircase of Italy's most popular destination. After tourists battle their way through the posing visitors - all of whom are doing exactly the same "I'm holding up the leaning tower" pose - they can pay a huge sum to travel up the tower. The lean angle has been reduced by careful engineering to stop it falling over. It was caused because the tower was built on top of two different rock types, one softer than the other. One side of the tower began sinking into the softer rock and t began leaning soon after it was finished. Because of the recent work to save it toppling over, the tower should be around for a long time. Therefore you might want to put a visit to the bottom of your list. 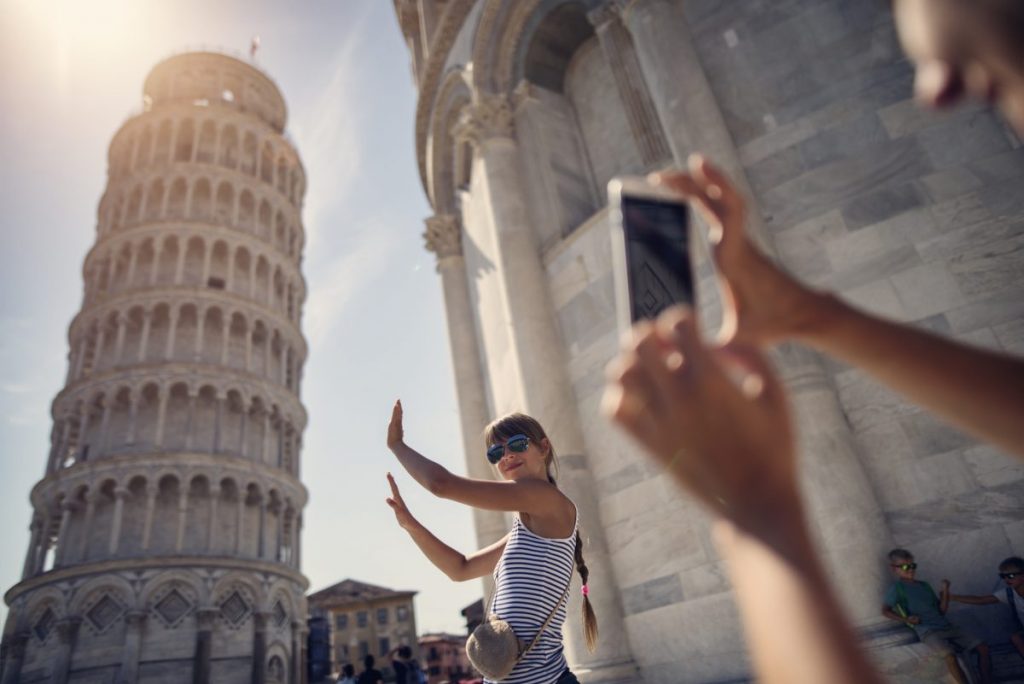 Looking like a cross between an armored armadillo and a rack of toast, the Sydney Opera House is instantly recognizable. However, unless you are going to see an Opera or a show, a visit inside is not worthwhile. The fact is, the worst place to see the Opera House is standing in front of it. From close up you cannot appreciate it's stark lines and elegant beauty. Once inside there is not much to see besides the usual plastic tourist souvenirs of fridge magnets and novelty sunglasses. Thankfully, there are plenty of places to sit and admire the opera house for free in Sydney. Save your cash for other adventures. 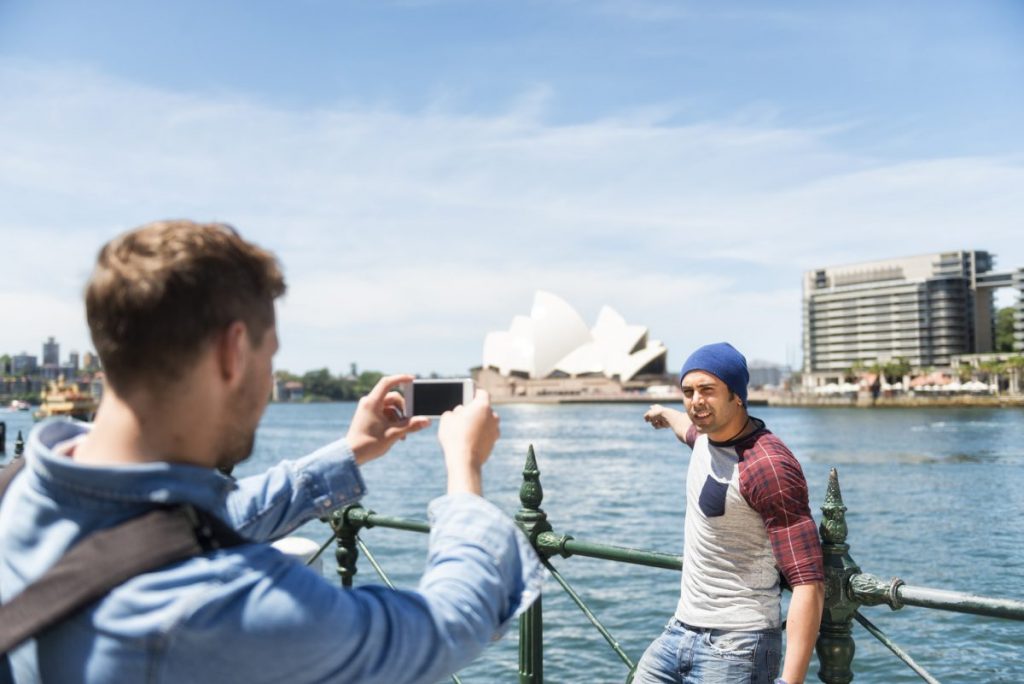 The Empire State Building In America

An instantly recognizable building, the Empire State Building welcomes over three and a half million visitors per year. Most people pay to travel up to the 86th-floor viewing platform, but there is the option of going higher to the 102nd floor. While this might be exciting for fans of hights or architecture, for most the experience is cold, expensive, and not worth the effort. 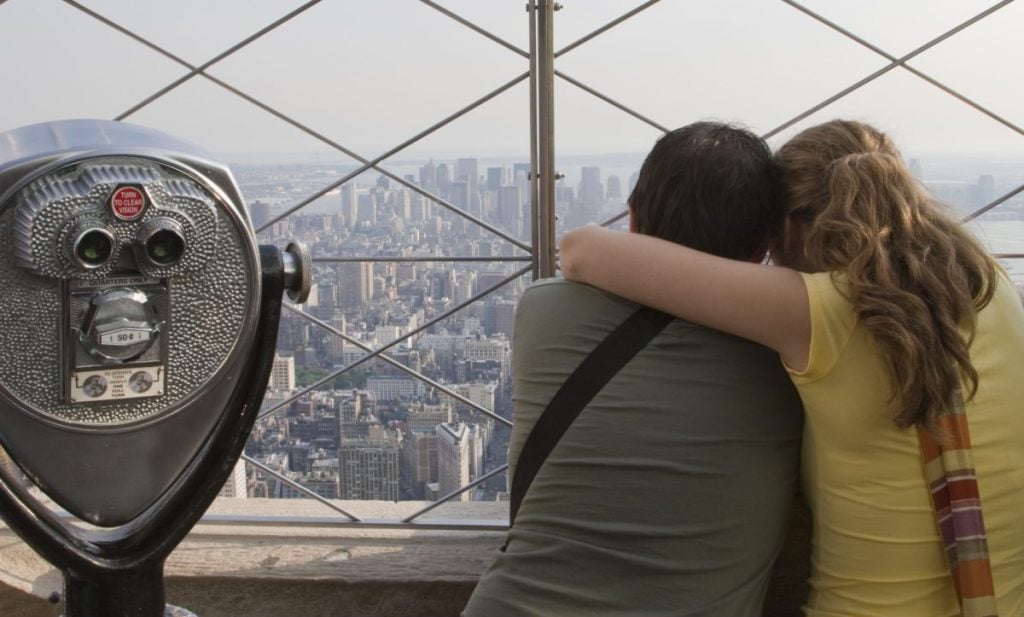 Pyramids At Giza In Egypt

Movies have ruined ancient Egyptian landmarks for everyone. Anyone who has not traveled to Egypt will have a similar mental image of this wonder of the world. People expect to see majestic pyramids emerging from the desert sands, maybe a romantic camel trek to the base of the pyramid and an exploration of the inner tunnels which glitter with the gold of the pharaohs. Unfortunately, that is a Hollywood myth. The pyramids of Giza are more like a busy, polluted round-about today. Aggressive hawkers try to sell tourists rides on emaciated camels. While you can pay to enter the three great pyramids, there is little to see which justifies the cost. To see the gold of the pharaohs visit any large museum. Most of which have collections of Ancient Egyptian artifacts looted and removed by collectors years ago. 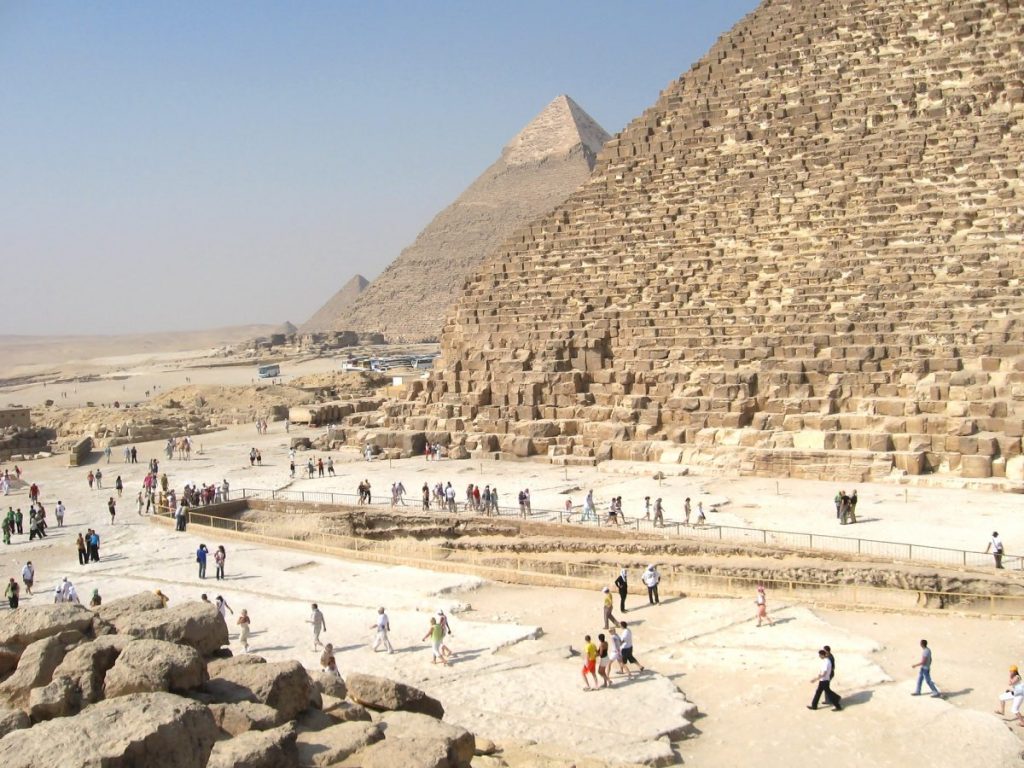