Hot Tips for Staying at an Ice Hotel

If you’ve ever had dreams of being an Ice King, an ice hotel might be the closest you’ll ever come to having a glacial throne of your own. In the winter months, thousands of people make the journey to one of the world’s few ice hotels to spend the night in ethereal rooms with crystalline furniture and ice block beds. Although staying in an ice hotel is without a doubt a very cool experience, just make sure you know exactly what you’re in for.

You’re going to be cold

It might not be too much of a shock that ice hotels aren’t exactly tropical. The average temperature of a typical hotel room usually hovers at a frosty 23 to 25 degrees Fahrenheit, or around -4 degrees Celsius. We’re talking below freezing here. Remember, you’re never going to find central heating in an ice hotel. If you’re someone who hates being cold, perhaps spending the night in a fancy meat locker isn’t for you. 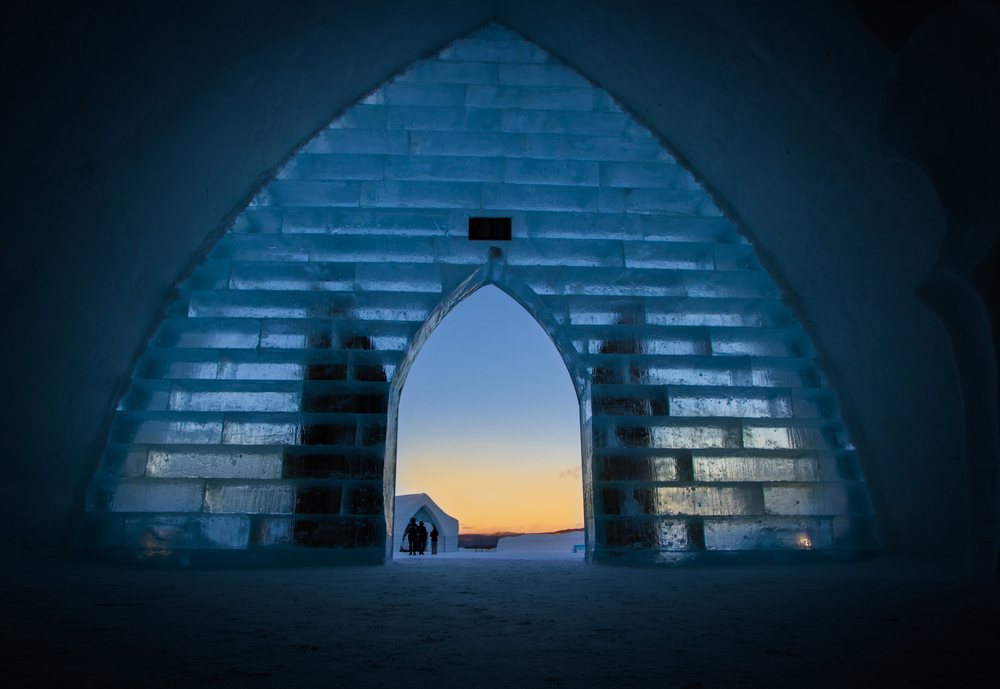 You’re paying a lot of money to be cold

While being cold for a few hours might be no big deal, do you really want to pay hundreds of dollars to sleep on a block of ice and wake up freezing? Ice hotels are relatively expensive: a standard room will set you back about $300 to $400 per night, and a deluxe room can set you back over $1,000. Usually, a meal is included at these prices, and some hotels even offer package deals. But when you factor in the cost of transportation to the remote locations where these hotels are usually built, you’re talking about a very expensive way to shiver.

If you want the ice without the price, consider a tour instead, or stop in for a drink at the ice bar. 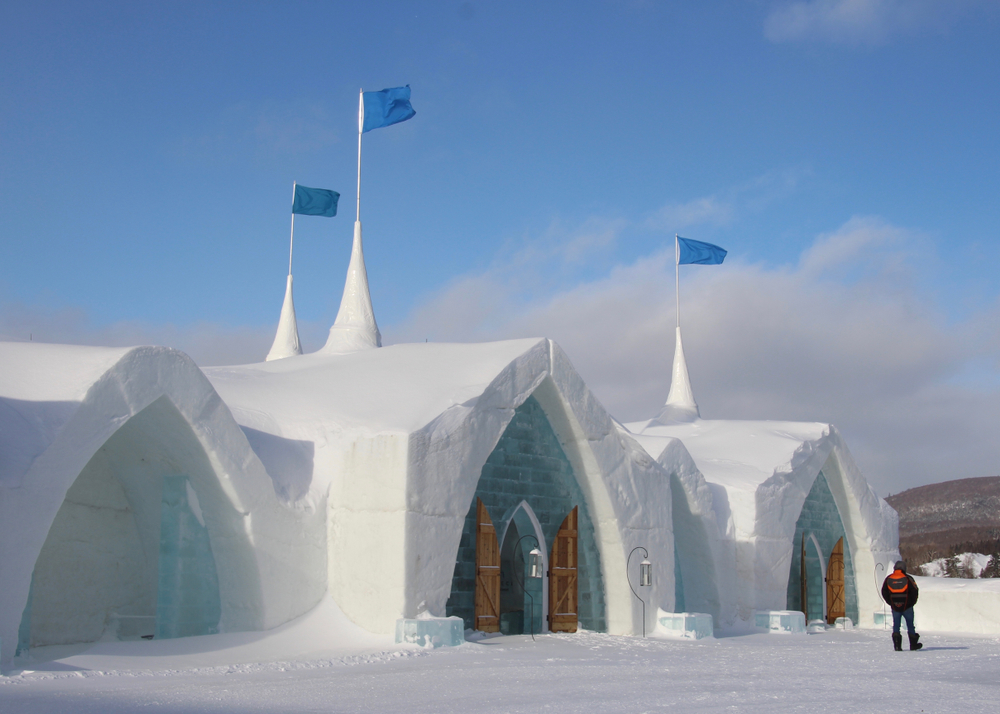 Think hard about booking more than one night

When even the hotel operators are suggesting that one night is sufficient to achieve the full ice hotel experience, you should probably heed their advice. If you do feel the urge to book more than one night, it’s a good idea to book alternate nights in a regular hotel, or at least stay in a hotel with “back up rooms,” like the Ice Hotel in Quebec. 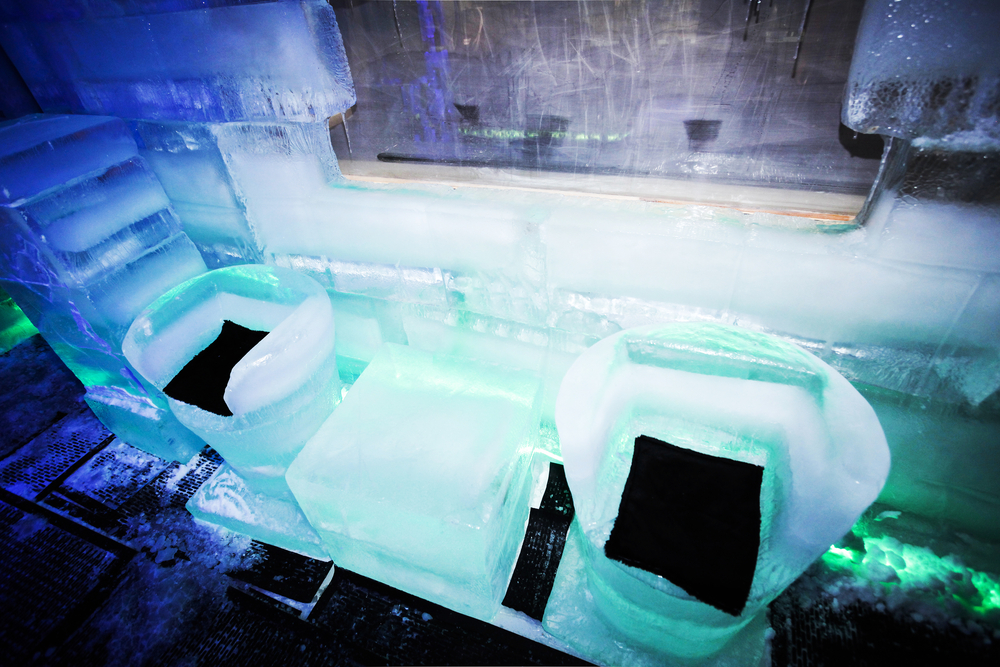 Although ice hotels provide sleeping bags and box spring mattresses that act as a buffer against the cold, that doesn’t mean you’re cool to just chill out in a t-shirt like you do at home. Ice hotels usually have a list of suggestions for proper attire which you should follow religiously -- otherwise, you’re going to be miserable. In short, you’re going to need to bundle up in layers. Lots of layers. Wool gloves, hats, the works. 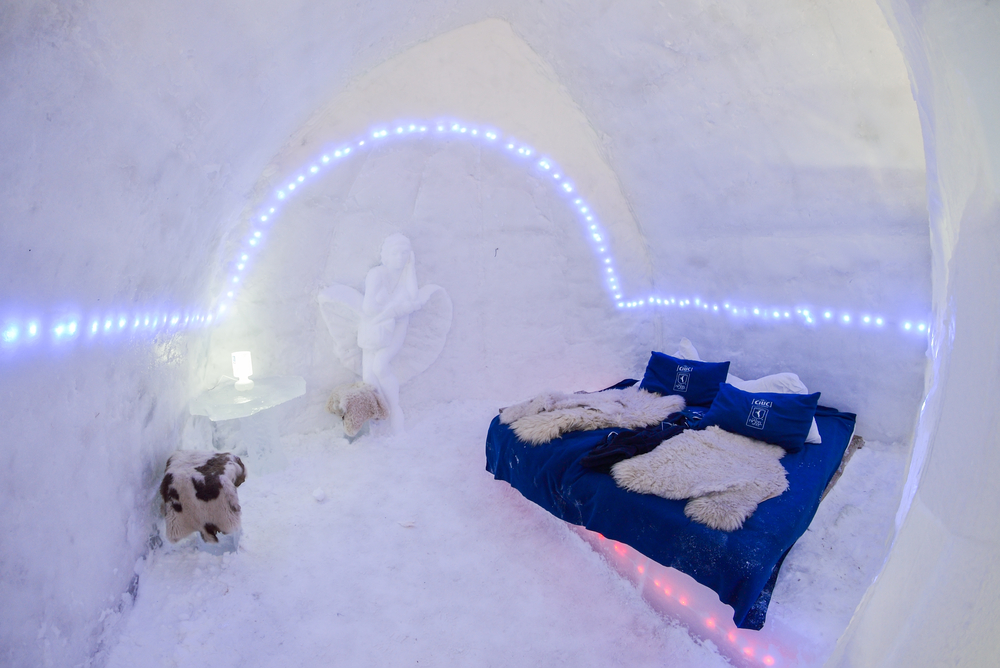 While you can expect Instagram-worthy ambient lighting in your hotel room, chances are you won’t have Wi-Fi. Or even a TV. You also won’t find any outlets to charge your phone, except in common areas. Plan and pack accordingly.

One thing that isn’t made of ice, thankfully, are the bathroom facilities, so at least you won’t have to worry about melting any ice toilets during your stay. 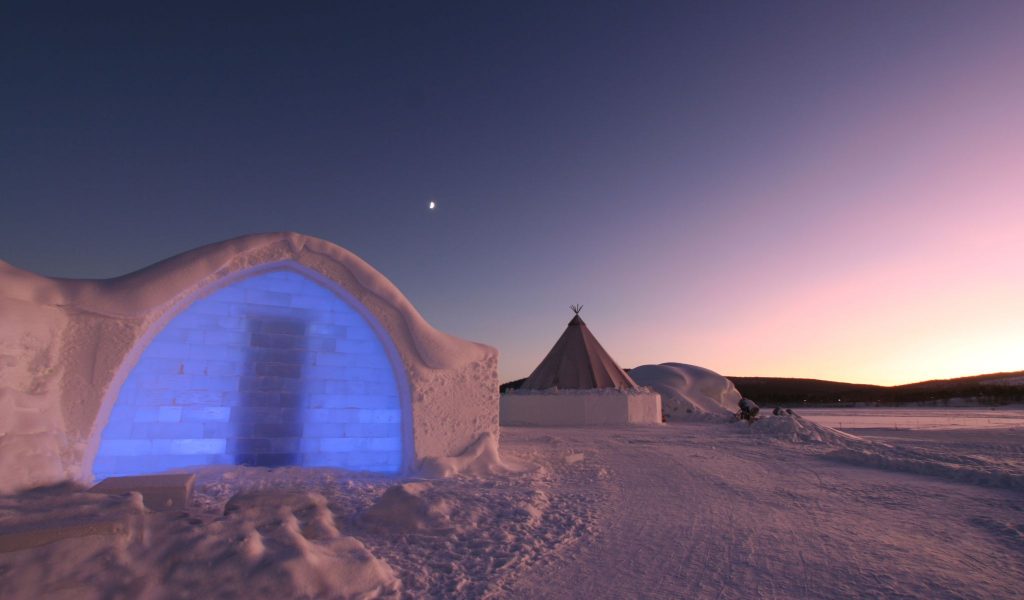 Watch what you drink

Although you might be tempted to warm your insides with a few drinks, proceed with caution. Too much alcohol interferes with a restful night’s sleep and speeds up heat loss, and those factors, combined with a full bladder in the wee hours, are a recipe for an uncomfortable night at the ice hotel. 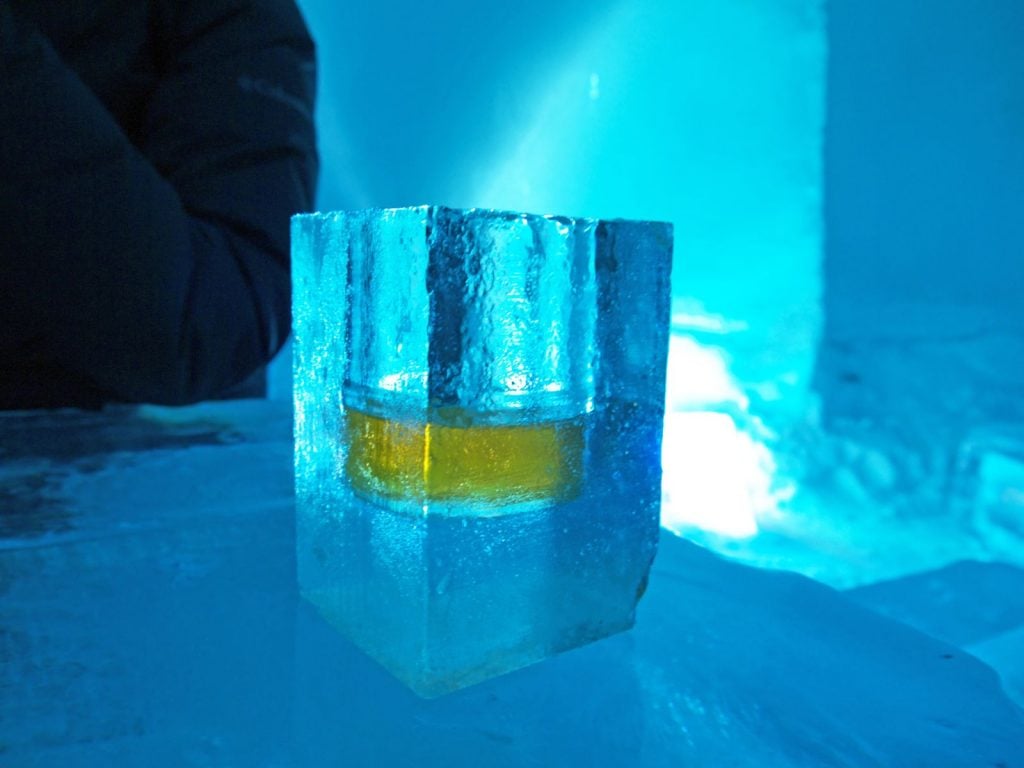 In order to survive, ice hotels require both constant subzero temps and a steady stream of visitors, and not many places on earth have both. Among the very few ice hotels around the world are: 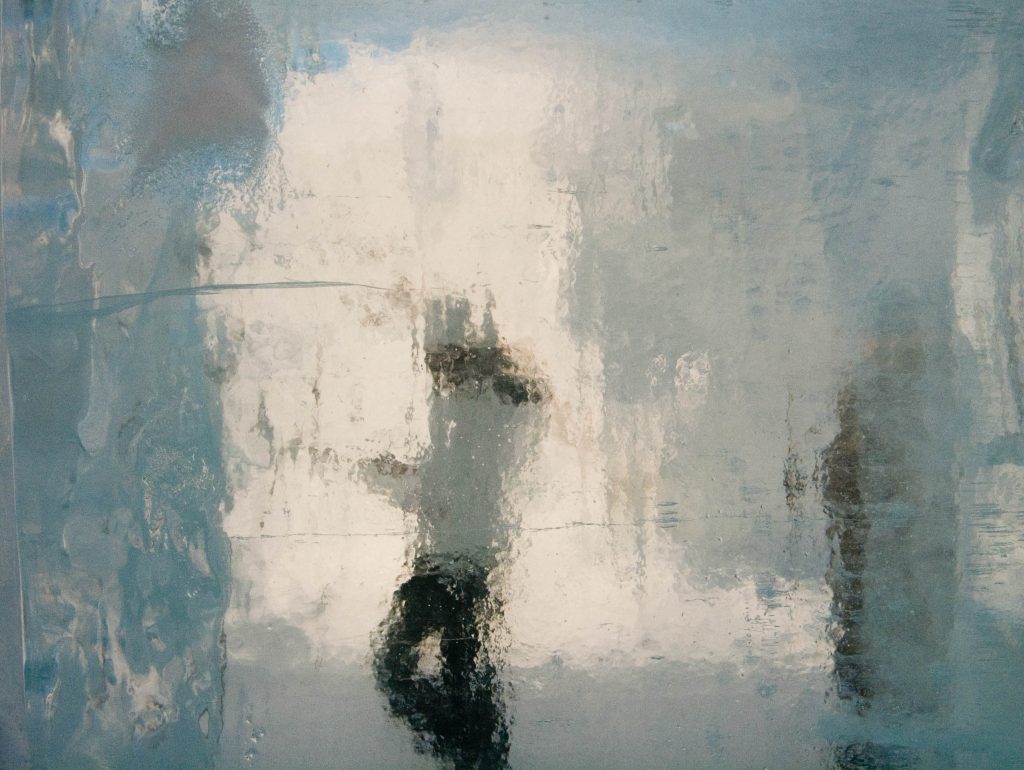 The first ice hotel was a glorified snow fort

Icy domiciles aren’t exactly a recent invention. Arctic-dwelling indigenous people have been constructing houses made out of ice, otherwise known as igloos, for millennia. However, the first so-called ice hotel actually came about completely by accident in 1989, when French Artist Jannot Derid had the fortitude to house an art exhibit in a snow fort in the Swedish village of Jukkasjärvi. Legend has it that one night, some out-of-towner art appreciators were unable to find a place to stay, so Derid put them up in his icy exhibition space along with a few reindeer skins. Thus, the idea for the ice hotel was born. 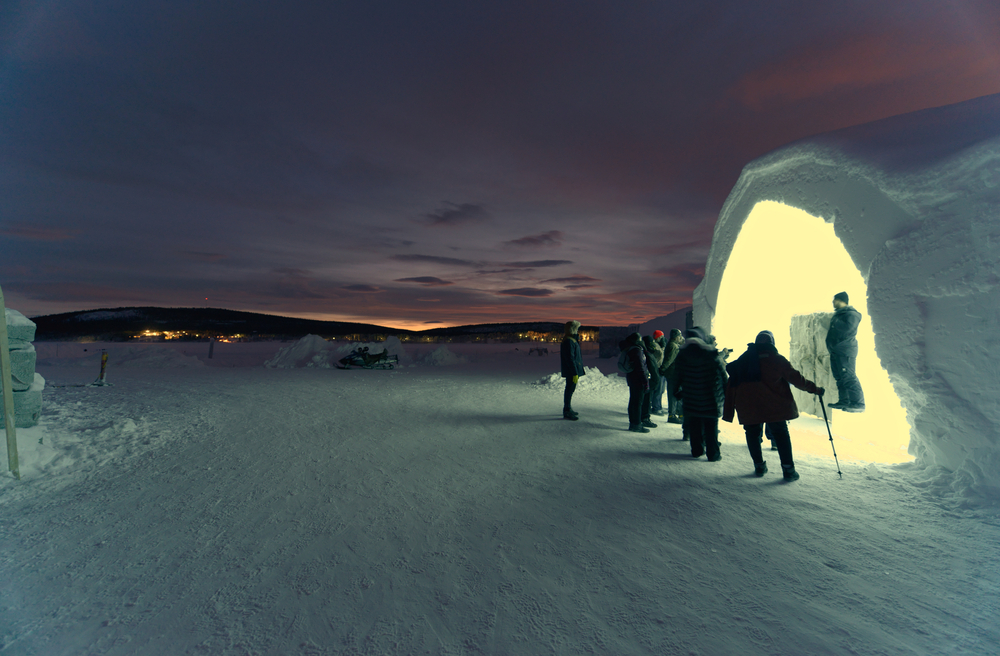 Not only must the outside temperature remain consistently below freezing for months on end, but an ice hotel must be built near a sizable water source, such as a river, to supply enough ice for the structure. While construction crews are hard at work carefully piecing together the edifice, artisans are simultaneously designing the ice furniture, decorative sculptures, fixtures, and even kitchen utensils. The entire process takes about five or six weeks from start to finish. 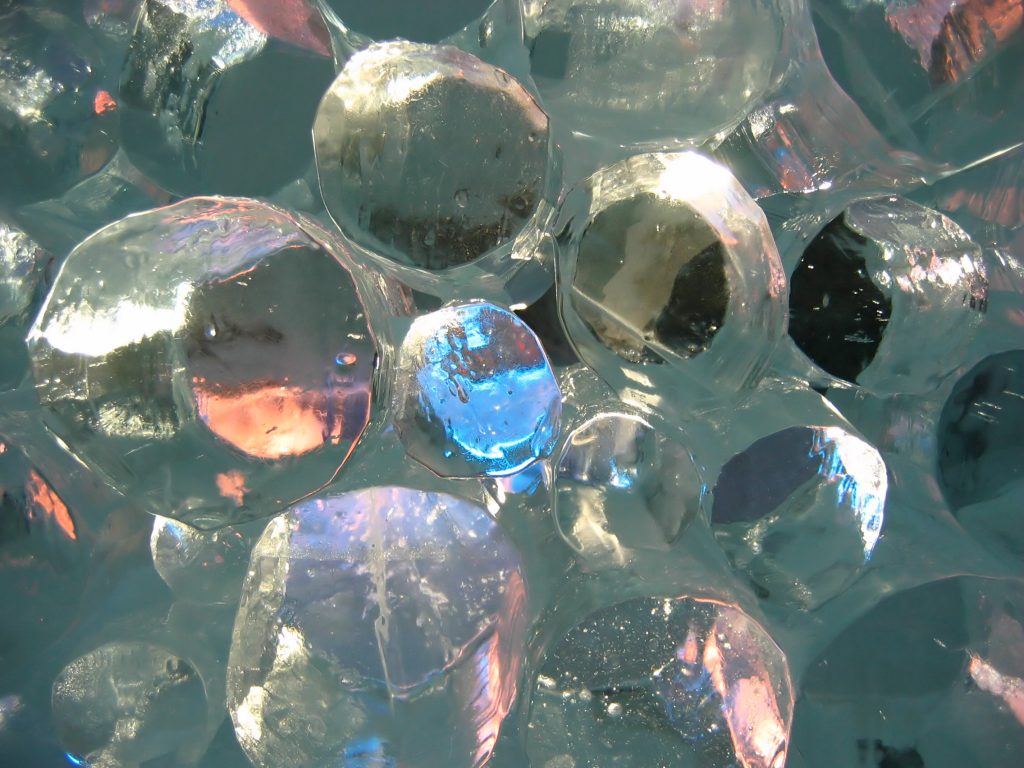 Most ice hotels are only open for a few months per calendar year, usually somewhere between December and April. Even in the coldest locations, yearly temperature changes will inevitably cause the ice hotel to melt just enough to alter the integrity of the structure. One exception is the Icehotel in Sweden, the world’s first and only year-round ice hotel. 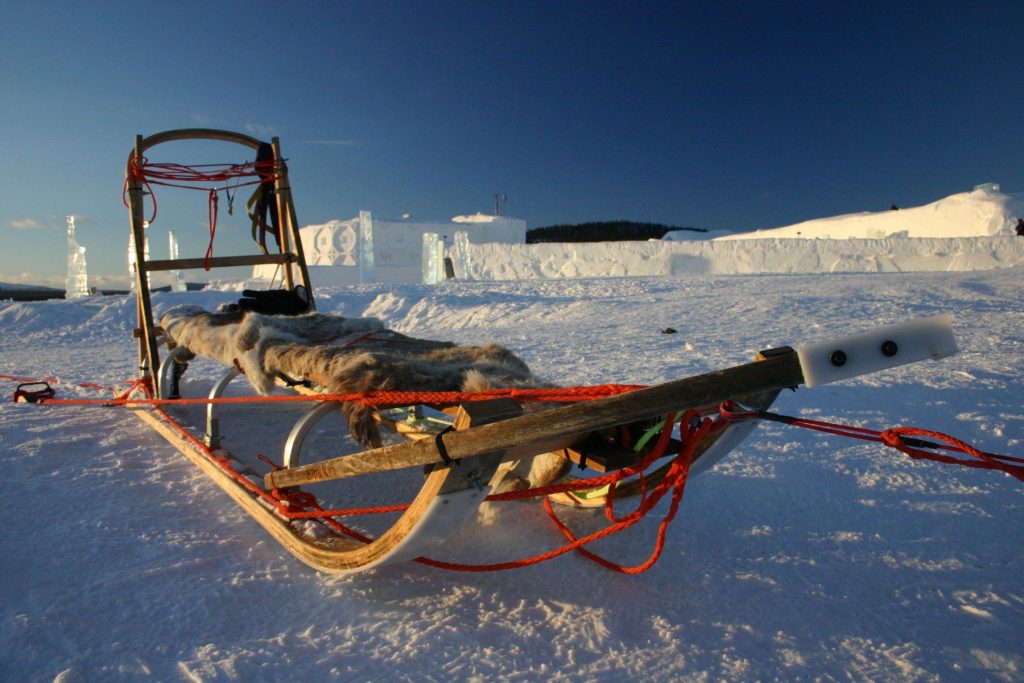