Weird and Wonderful Things to do in Hollywood

There are no two ways about it; Hollywood is one of the weirdest places in the country. At the center of it, the glitz and glamor of the Hollywood Boulevard, Chateau Marmont, and Chinese Theater spark legends by merely existing. Hollywood is an offbeat and wonderful town. Where else on earth could you hike to an observatory and then see a movie in a cemetery the same day? It’s a city wherein the strange is possible, and the banal is frowned upon. Simply put, there are many things to do in Hollywood that might never have crossed your mind.

It's only right to cover the cemetery-cum-outdoor-movie experience before anything else. Launched in the early 2000s, Cinespia hosts screenings of classic films throughout Hollywood history at open-air locations around the city. Its most popular is, by far, those held at Hollywood Cemetery Forever. Now looked upon as the best movie theater in Los Angeles, Hollywood Forever is also the resting place of some of our most beloved stars including Cecil B. DeMille and the legendary Valentino. If you do nothing else in Hollywood, make sure you at least catch one of these shows. 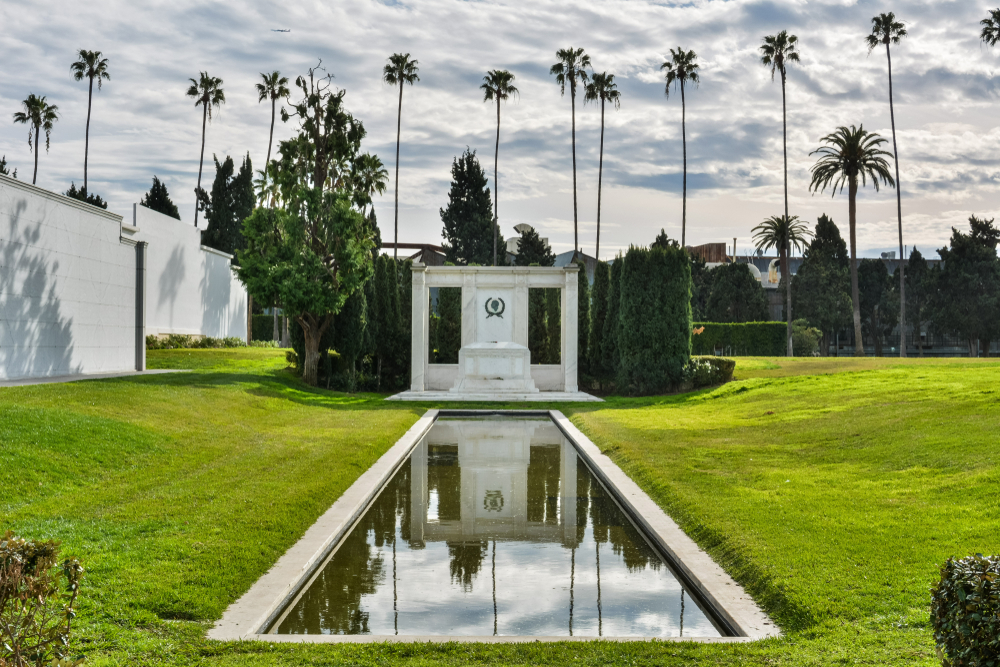 Make Sure to Have Good Times at Davey Wayne’s

Just down the road from the Hollywood Museum of Death - and yes, you read that right - you'll find Good Times at Davey Wayne's. Now, Hollywood has more than its share of unique bars, but Davey Wayne's might just pip them all to the post. Literally, if you've ever wondered what your parents or siblings were doing in the 70s, one look behind the refrigerator entrance door of this kitschy-chic 70s-themed bar and all your questions will be answered. With an atmosphere that feels more like a house party than an establishment, sangria, and regulars spinning tunes on the vintage jukebox, Davey's is is more than worth your patronage. 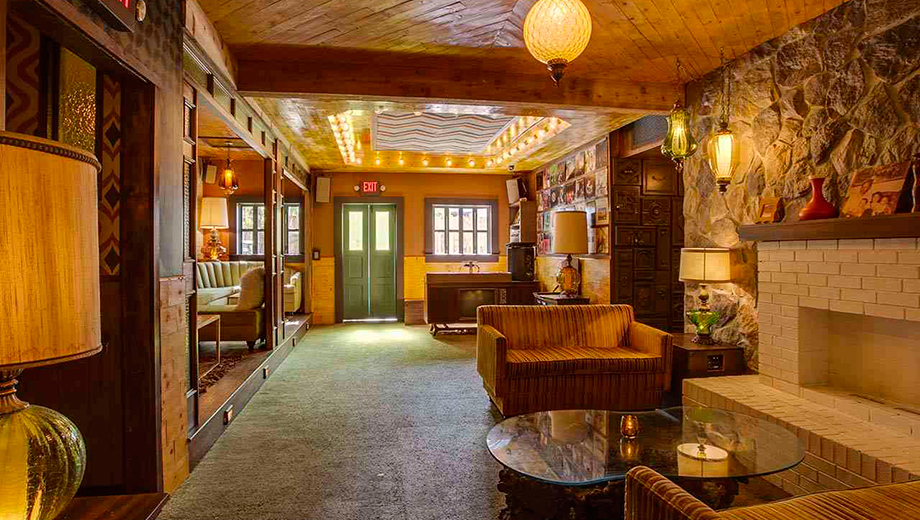 Venture into the Little Barn with a Big Past

Are you ready for your close up, Traveler DeMille? Good, because there's a tiny barn lying around the streets of Hollywood and it's packed with Hollywood memorabilia. Though uprooted four times, the Hollywood Heritage Museum was originally one of the legendary Cecil B. DeMille's first studios and had a huge role in the silent movie, "The Squaw Man." These days, its square-footage is jam-packed with original movie props, staff who know what they're talking about, and leftover gems from the golden days of Universal Studios. 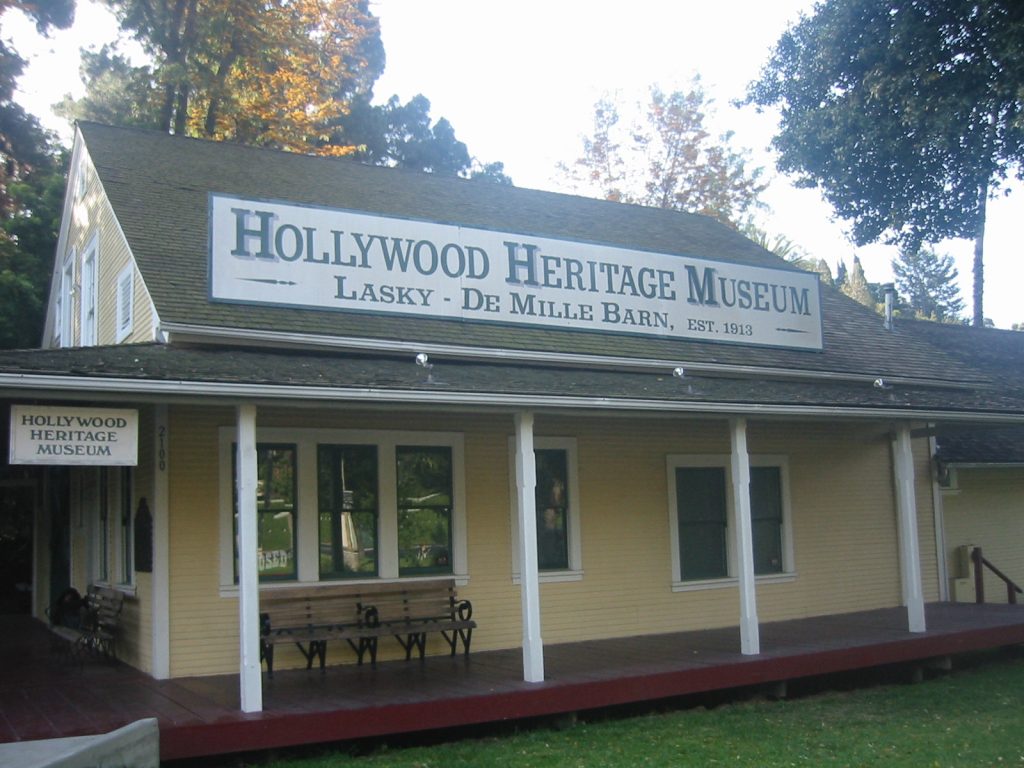 Dive into the Infamous Tropicana Pool

Art fans might recognize the aquatic section of the Tropicana Pool Cafe as being one of the only publicly accessible pools designed by David Hockney. According to legend, one morning the artist decided to paint the bottom of the pool and the rest, as the Hollywood debutantes that stay there would say, is history. If you're wanting to visit this wonderful, Mad Men-style cafe and bar or swim in its neighboring pool, you'll need to either get membership or book it for a special event. Considering the Roosevelt itself was the birthplace of the Academy Awards; however, you shouldn't let that deter you. 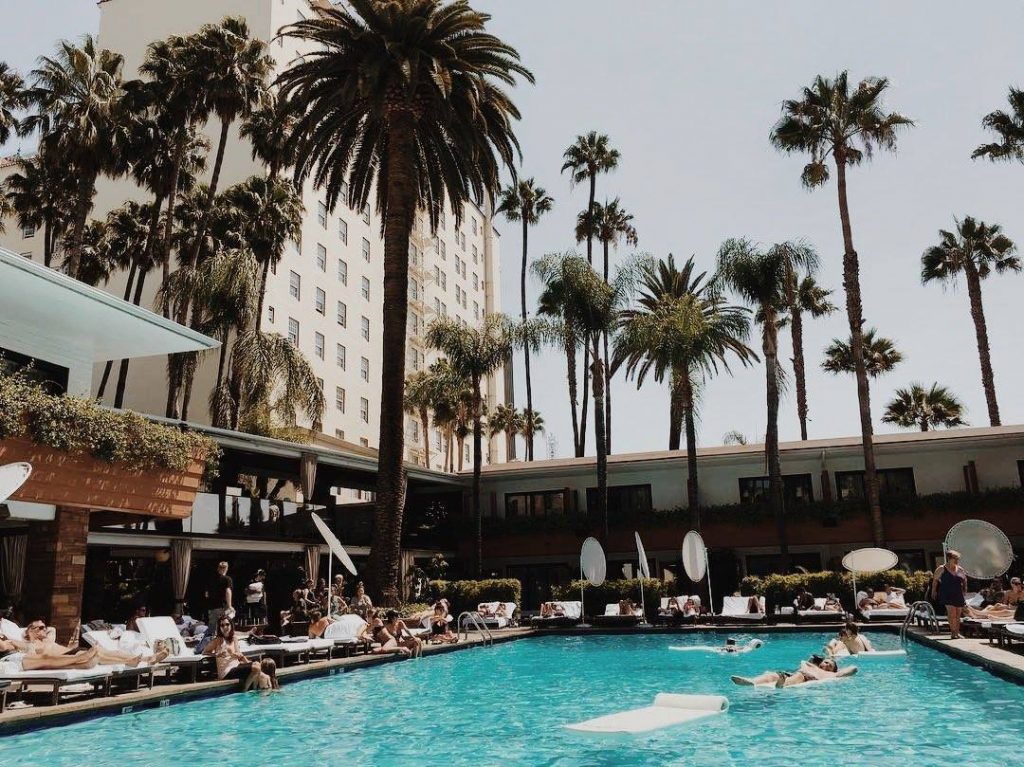 Witness the Magic of the California Institute of Abnormal Arts

You've heard of the California Institute of Technology, no doubt, but have you heard of its nightclub-cum-sideshow-museum distant cousin? While the two are in no way connected, the California Institute of Abnormal Arts is equally as, if not more, fascinating. You'll find the museum in North Hollywood just around the corner from Denny's making for a night of entertainment and classic Cali fast food. Inside of the museum, you'll find oddities from all corners of the globe, from two-headed babies, mummies, and the infamous dead clown. What could be more Hollywood than that? 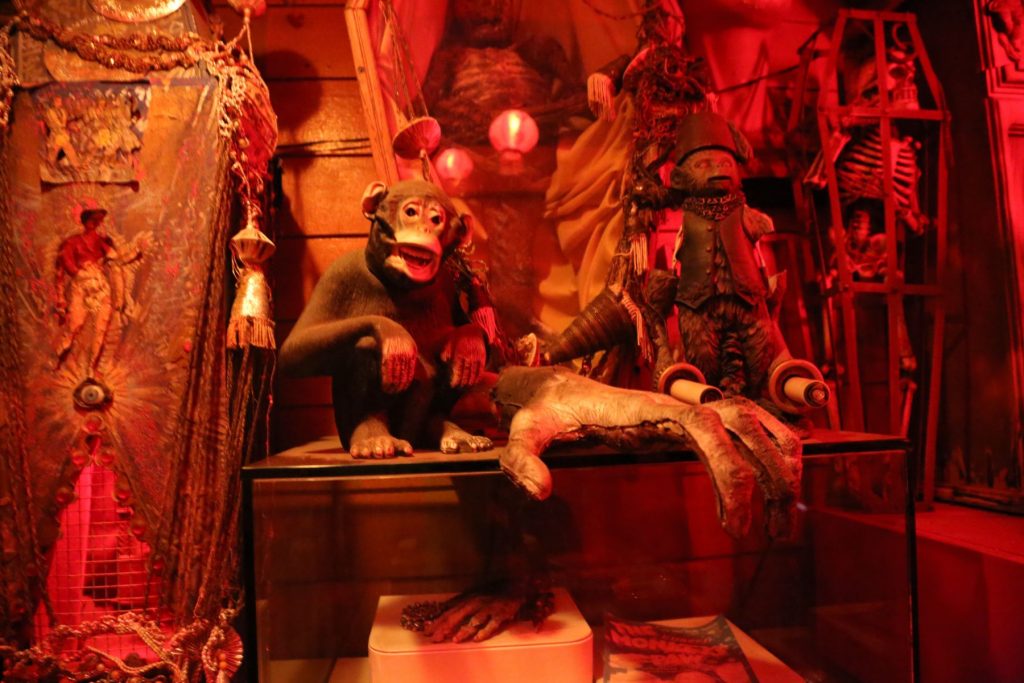 Throughout Hollywood, there are 14 unique, hidden staircases that each have their own unique benefits. From most of these sets of stairs, you'll find unique points of the city you otherwise might have missed. In downtown LA, for example, you'll find the artsy Bunker Hill Steps whereas up in the Hollywood Hills, the Broadview Terrace Stairs will take you through the succulent-lined back alleys of your wildest dreams. Our favorites have to be the music box stairs of Silver Lake. 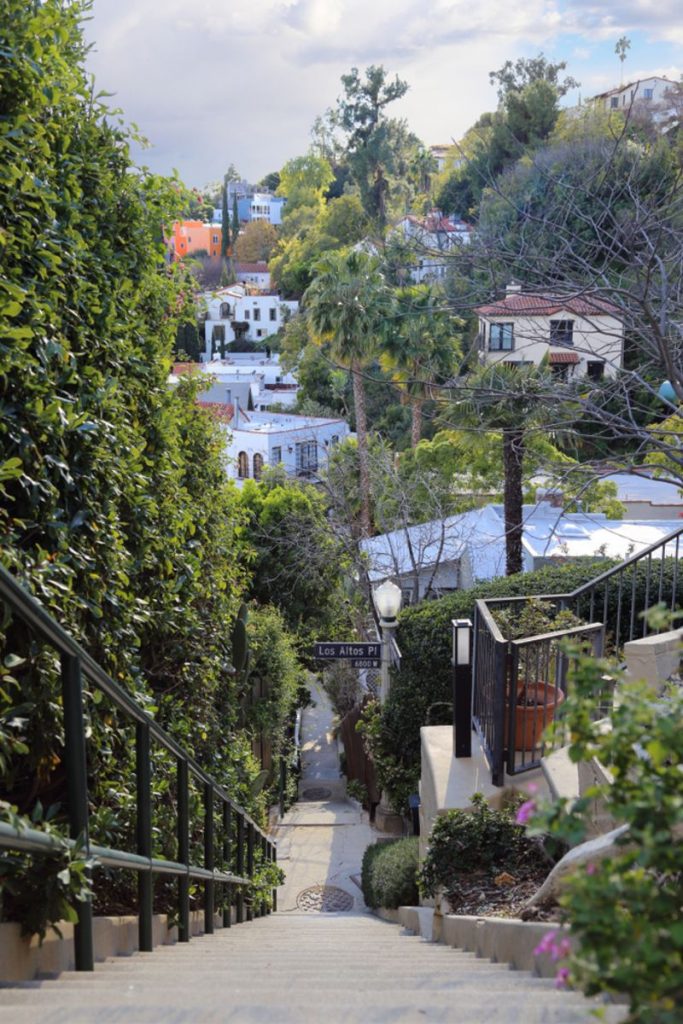 Clean Up at Wacko Soap Plant

Didn't we tell you Hollywood was weird? It's just part of its charm. Wacko Soap Plant is the best gift shop you'll walk into during your time in Hollywood. Forget about t-shirts and tchotchkes from the Hard Rock Café or miniature Oscars, Los Feliz's eccentric treasure trove of pop-culture fare is where it's at. At Wacko, you'll find the most unusual selection of books of all genres, nostalgic toys, pins, and party favors. You'll also get to see art shows while shopping from the adjoining La Luz de Jesus Gallery. Even if you're not in it for the purchases, you're going to want to see the spot that's as much of a hit with locals as it will be for you. 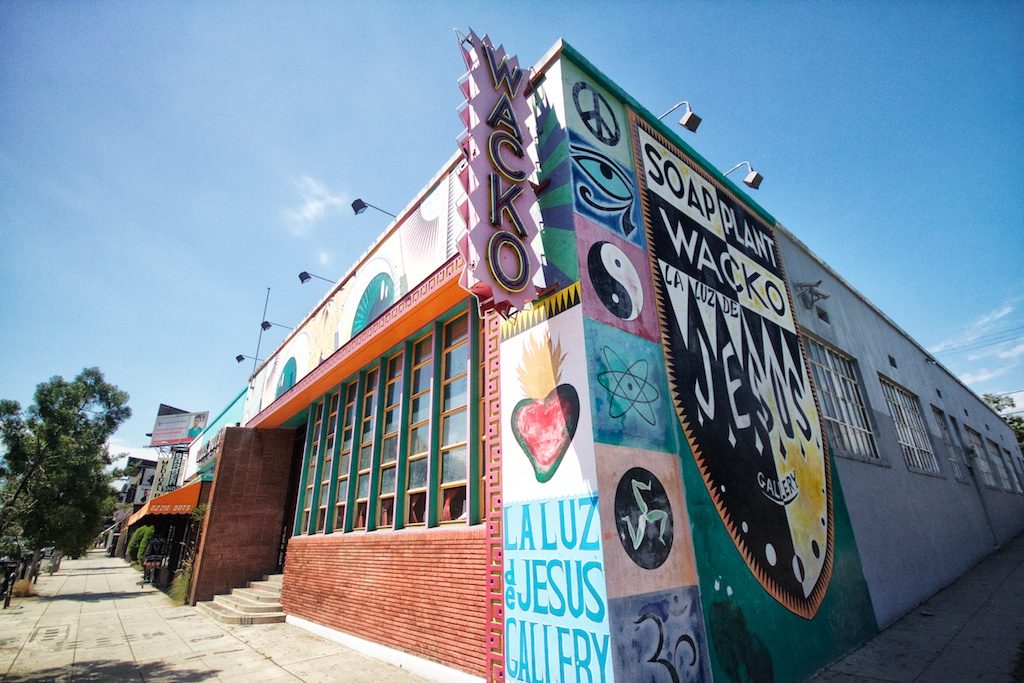 Inject Your Tummy with Whimsy at Barton G.

One might argue that you can't even spell Hollywood without the use of the word "Quirky." That's exactly the market that Barton G. The Restaurant has cornered. Barton G. is full of whimsy from the dishes they serve to the way in which they serve them. Try as hard as you might, but you won't find another place that serves its house salad inside of a tiny house. Kids will love it here, adults will love it here, and none of you should leave until you've tried the lobster pop tarts. Yeah, you heard us. 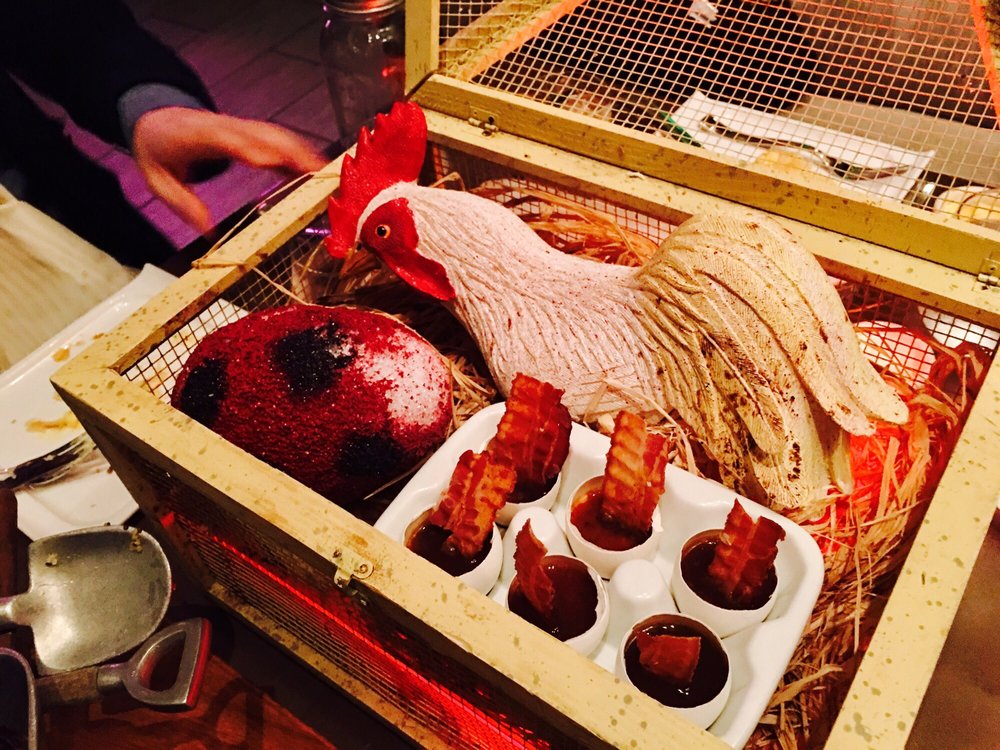 See a Late-Night Improv Show at the UCB Theatre

Amy Poehler, Matt Besser, Ed Helms, and Donald Glover. These are only a few names that have been involved in the Upright Citizens Brigade. What began in Chicago as a long-form improv troupe really became what it was when Poehler and Besser took the show to New York and set up shop there. In 2005, the UCB opened what's now one of two Los Angeles branches and the stage has seen performances by some of the greatest faces in comedy. If you're in Hollywood, we recommend swinging by for a night of fun and frolics just across the road from the Scientology Celebrity Centre. 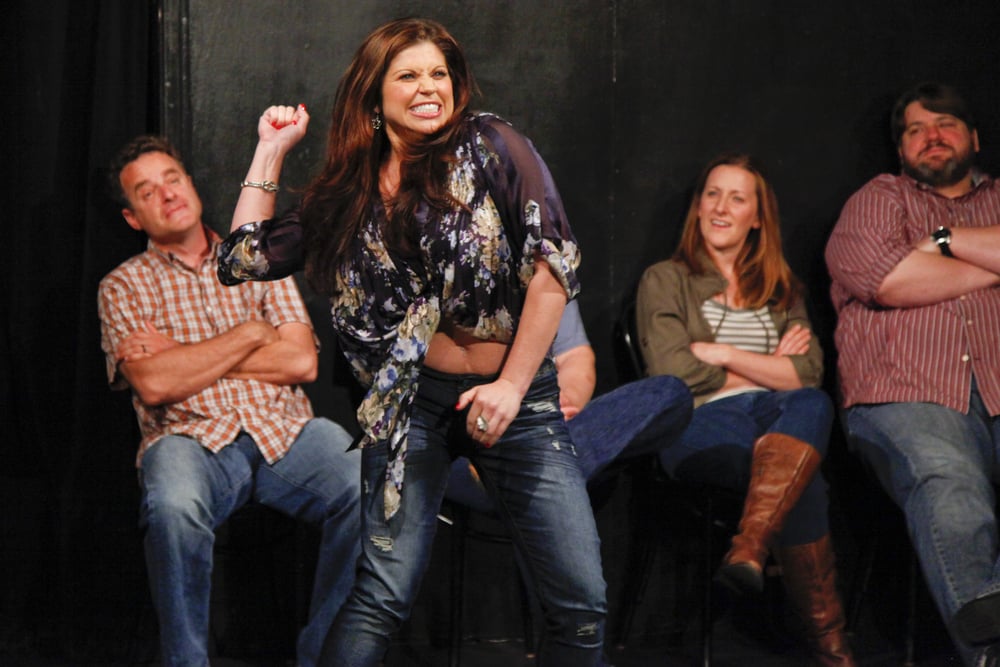 Have a Picnic in the Abandoned Los Angeles Zoo

Once upon a time, in a quiet and quaint area of Griffith Park, there lived a zoo. The original LA Zoo, as it happens. Now fully abandoned, you can take the opportunity to dine on the picnic tables that now occupy the old bear's grotto or explore the ruins of what used to be. The zoo operated for more than 50 years until it became evident that more space was needed and was then left to rot exactly the way it was. The zoo is easily accessible from any point in Griffith Park, and while there's a somber feeling that hangs over the area, you won't find a more unique experience. Even in Hollywood. 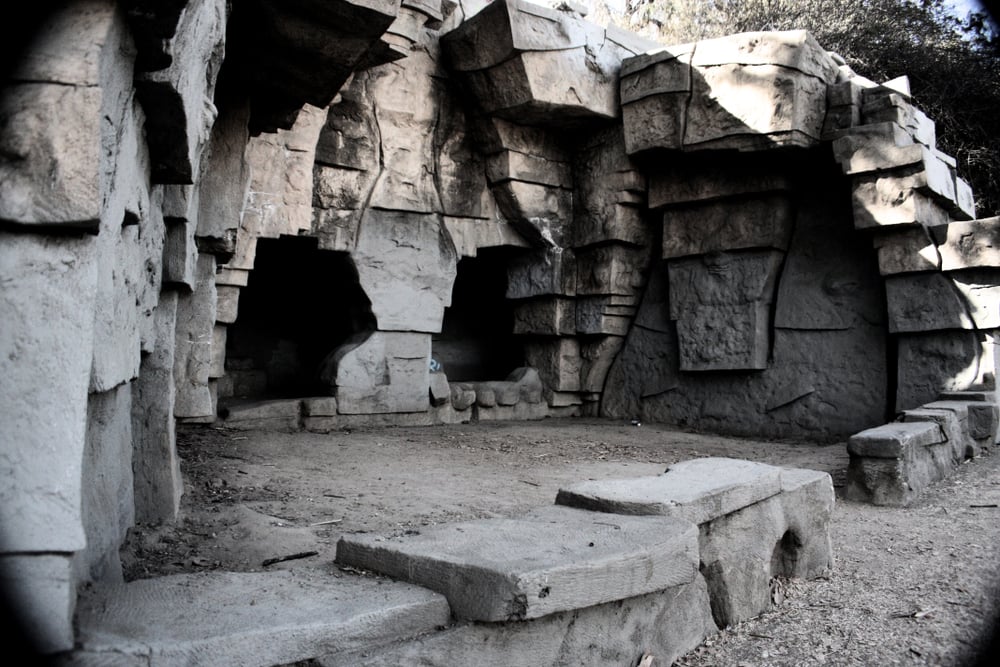