Visit These Small Texas Towns Before You Die

The Lone Star State is our nation’s second biggest, bigger than Germany and France. It should, therefore, come as no surprise that there’s more to America’s heartland than big towns and bright lights. Cities like Austin and Dallas are worth a visit, but have you ever thought of venturing outside of them? There’s a smattering of small Texas towns, some with as little as 200 residents, and many of them are stunningly beautiful. For a real Texan adventure, we recommend having at least one of them on your bucket list. Saddle up, folks. Y’all’s minds are fixin’ to be blown.

The small desert city of Marfa gives Austin a run for its money in the artistic department. Marfa is an arts hub, and it's one that's filled with natural and preternatural glory. One of the most talked about things in Marfa is its lone Prada store that's never been open for business. However, the city has far more to it including Hotel Paisano, where James Dean, Liz Taylor, and Rock Hudson stayed while filming Giant. Possibly the greatest offering, though, is the desert lights. Glowing orbs show up in the desert off of Highway 67. Known as the Marfa Lights, nobody really knows what they are. 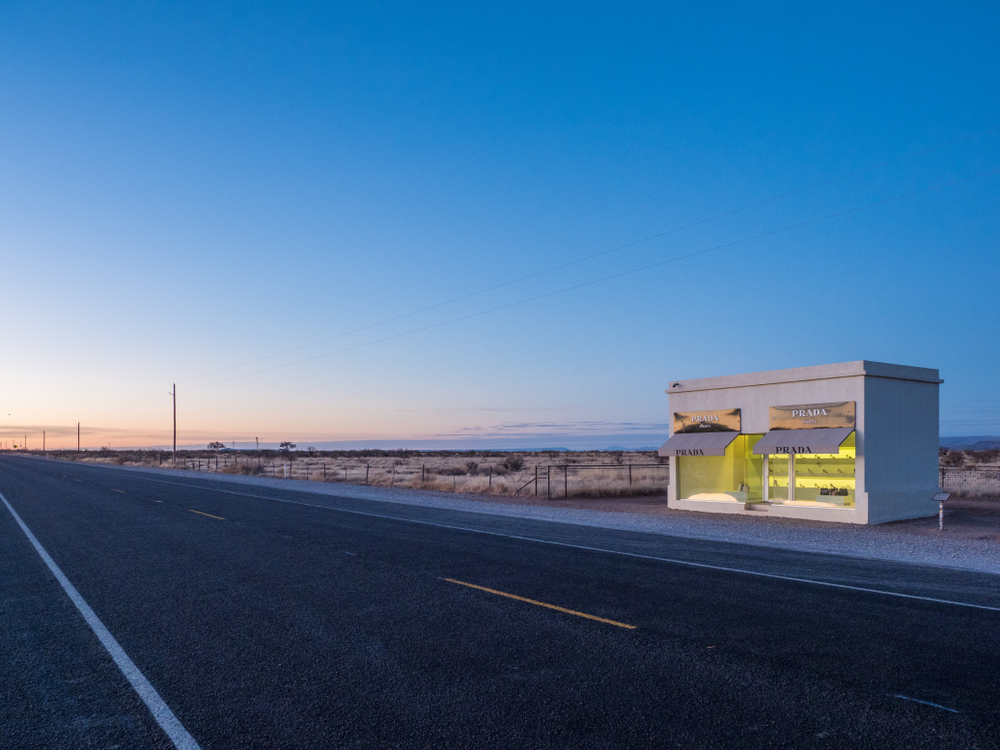 As its name might tell you, Dripping Springs - or Drippin', to locals - is known for its waterways. Located a half-hour drive from Austin, Drippin' has just about everything you could want from a Texan vacation. Its biggest pull is the Hamilton Pool, a naturally-formed swimming hole that attracts people from all over Texas. It's a great way to escape the stuffy Texan summer heat and an even greater spot to have a picnic. Dripping Springs also has a historic shopping district packed with charming boutiques and bars with live music and good times.

Once upon a time, Amarillo was a booming cattle town and the center of the Old West. These days, the vibrant Texas Panhandle city is awash with unique and family-friendly things to do. One of the most beautiful state parks in the country, Palo Duro Canyon, lies on its doorstep. Not only that, but it's also home to the Cadillac Ranch, which is an installation of graffiti-coated caddies and the Wonderland Amusement Park. 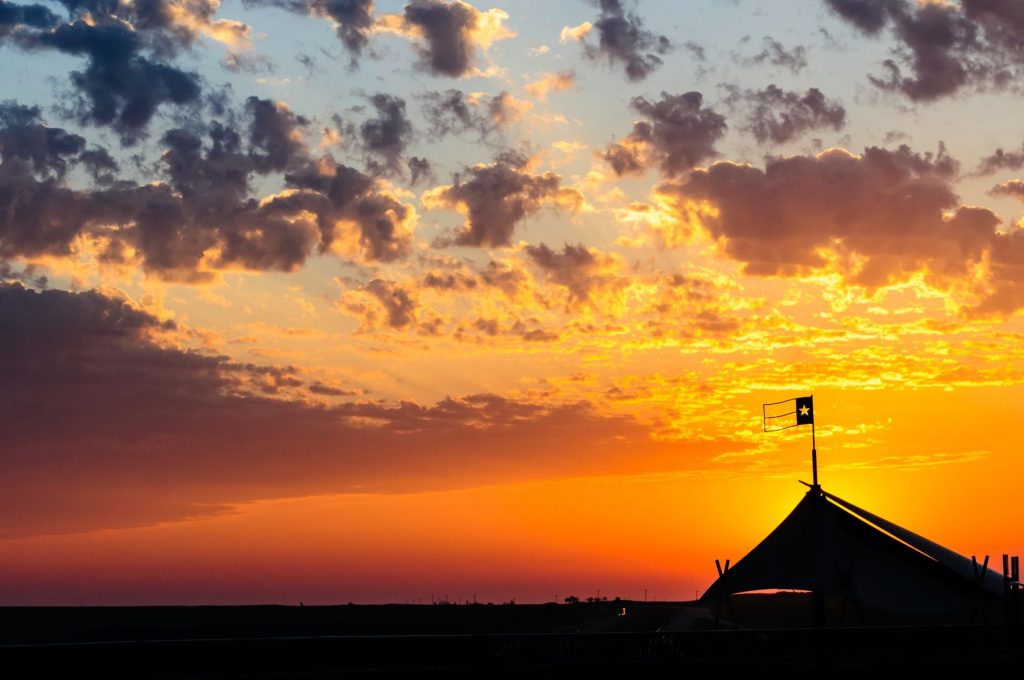 Close to the birthplace of Dr. Pepper, Dublin is a small city no the grassy plains of Erath County. As a community of barely 3700 people, southern charm is alive and well in the community where everybody knows your name. As well as being the setting for the oldest Dr. Pepper bottling plant in the world, there's a lot of other things to see and do there. For such a small town, there's more than a dozen museums, galleries, and vineyards. Somewhat unsurprisingly, Dublin is also the Irish Capital of Texas! 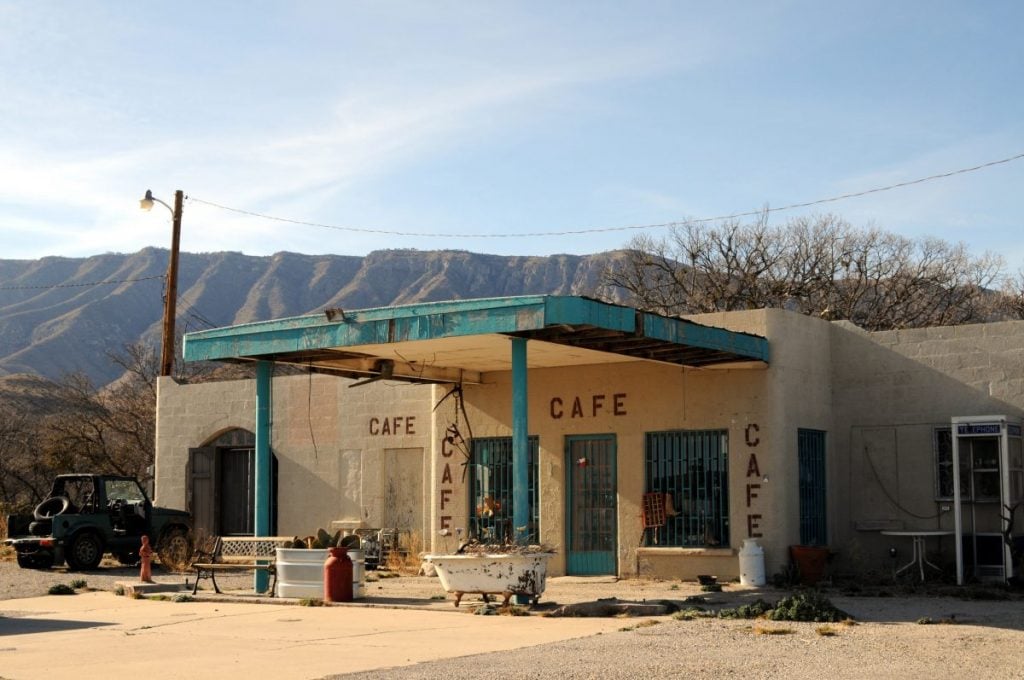 When you think of the Old West, ghost towns usually spring to mind. Terlingua is a real-life ghost town, close to the Rio Grande and Big Bend Ranch State Park. Terlingua was once a mining town and, as of 2010, had a population of only 58 people. It's one of the most fascinating small towns in Texas and pretty easy to fall in love with. It has deliciously traditional Mexican food including the world-famous Chili Cook-Off and Starlight Theatre; now operating as a restaurant. If you do visit Terlingua, don't forget to stop by The Porch for all your singing, music, and beer-drinking needs. Life in Terlingua is as relaxing as it is majestic. 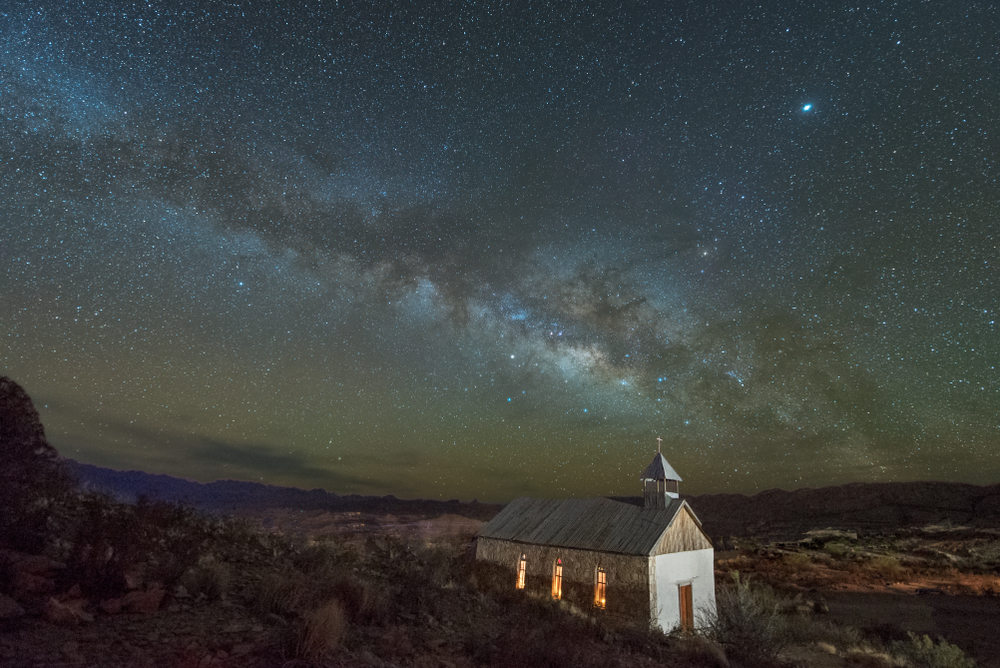 Shiner has a population of around just 2,000 people. It's also got a reputation as being a hub for beer. However, although nobody can visit Shiner and not get a crisp, freshly-brewed beer at the Spoetzl Brewery, there's more to this quaint rural town than sipping from its casks. One of Shiner's physical gems is its Gaslight Theatre. What was once the setting for plays, political debates, and balls, it's since been renovated to keep up its artistic history. The theater was Shiner's central social hub from the 19th to early-20th centuries, and so it remains. You can also visit the Louis Ehlers Cigar Factory, the Edwin Wolters Memorial Museum, and take in vintage wares at Antiques, Art & Beer. 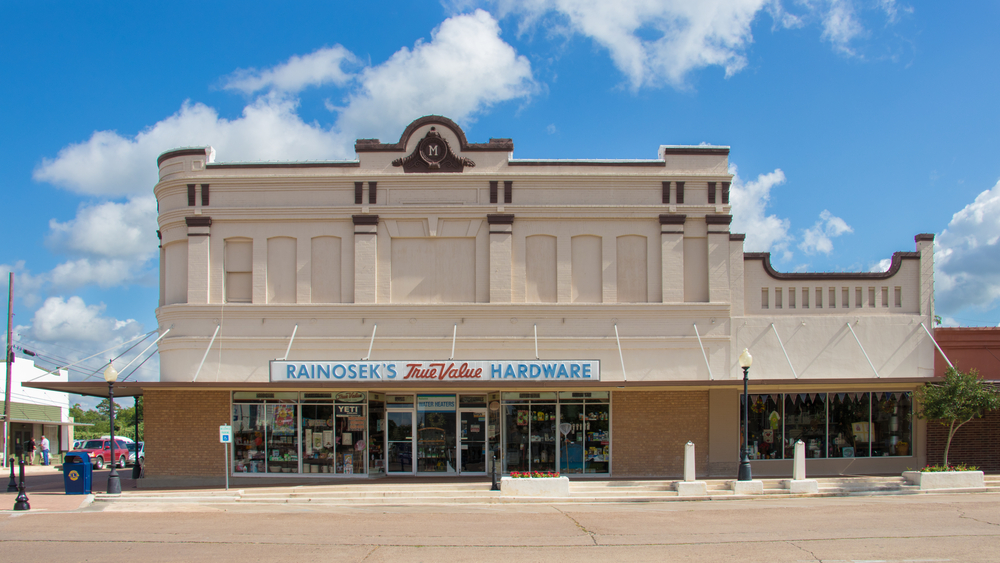 Laredo sits in the deep heart of Texas and is one of Texas' most historic cities. It's also the gateway city into Mexico, making it a great base for a long Texan vacation. Laredo is also one of the best road trip destinations in the state, with plenty of things to see and do. But there's more to this town than the Rio Grande. Downtown Loredo's historic district looks like nowhere else in the country. The San Agustin Cathedral and Republic of the Rio Grande Museum border the Plaza San Agustin which a stunning spot to take in the history. If you're not that interested in Loredo's historic past; there's a 40-block shopping district, malls, and nightlife options to boot. 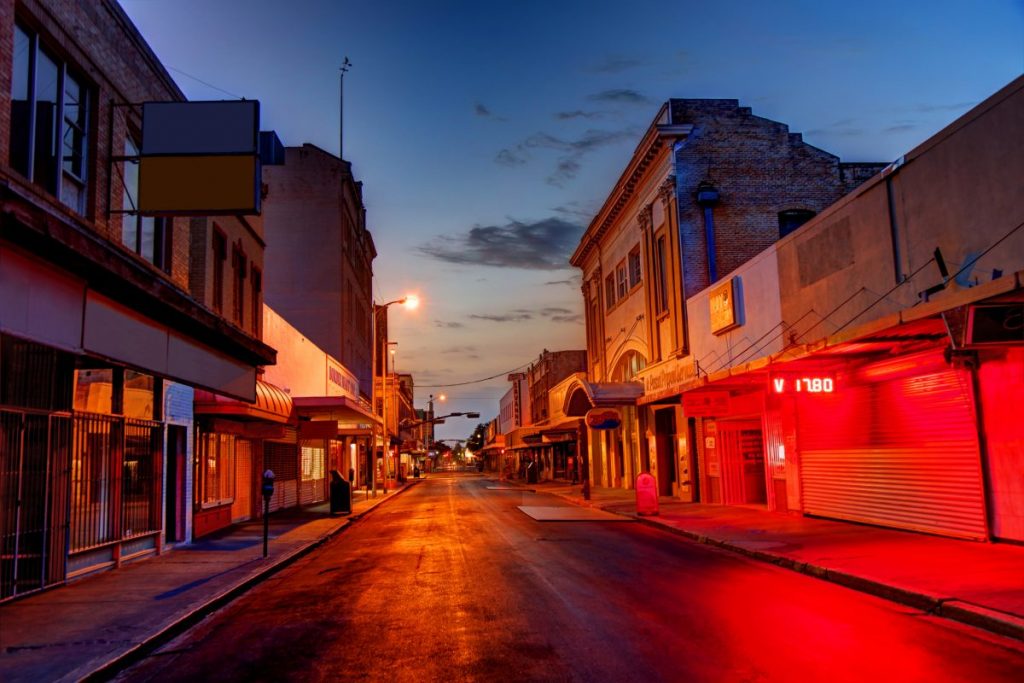 Named such due to being a landmark for early travelers, Marble Falls sits on the side of a picturesque lake of the same name. Marble Falls has award-winning wineries, limestone canyons, and Hill Country terrain unlike anywhere else in Texas. Its scenery is truly what makes Marble Falls so unique, but there's a lot to do in town, as well. Adrenaline junkies can get their fix at Hidden Falls Adventure Park while the more relaxed can grab a bite at the Blue Bonnet Cafe. 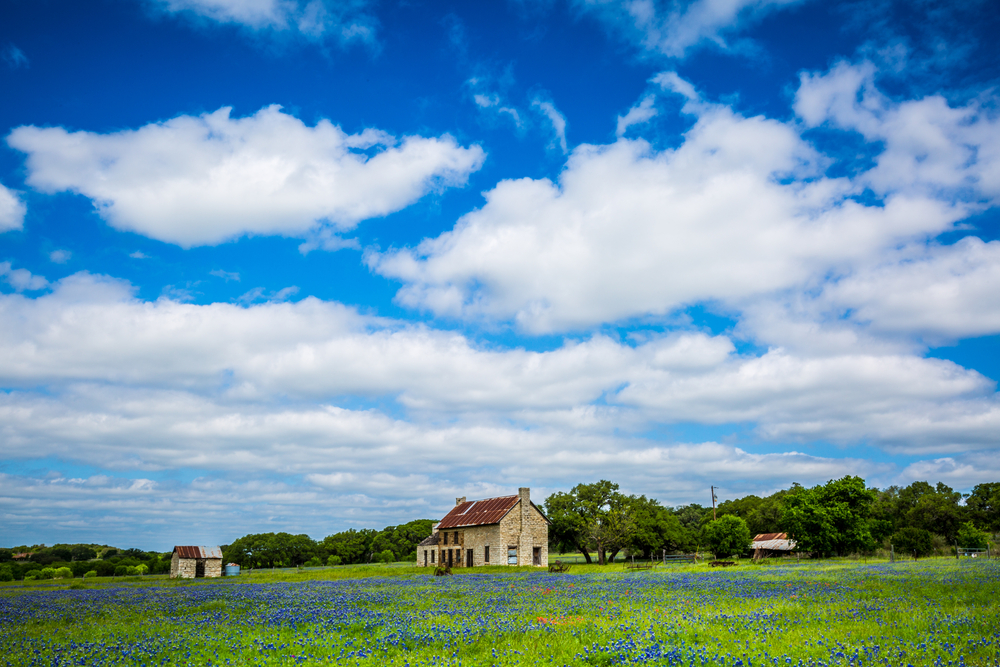 In comparison to other small Texas towns, Brownsville has a population in the tens-of-thousands. But it's still worth a visit. Brownsville lies against the border with Matamoros, Mexico, and is a South Texas paradise known for its fiestas and towering trees. Because of its size, there's also a lot for visitors to do. Downtown Brownsville is a must-see, and you'd be remiss not to experience the Gladys Porter Zoo. The zoo houses more than 400 animal species and a botanical park across 31 acres of land. From hippos to Galapagos tortoises and spider monkeys, Gladys Porter has it all. 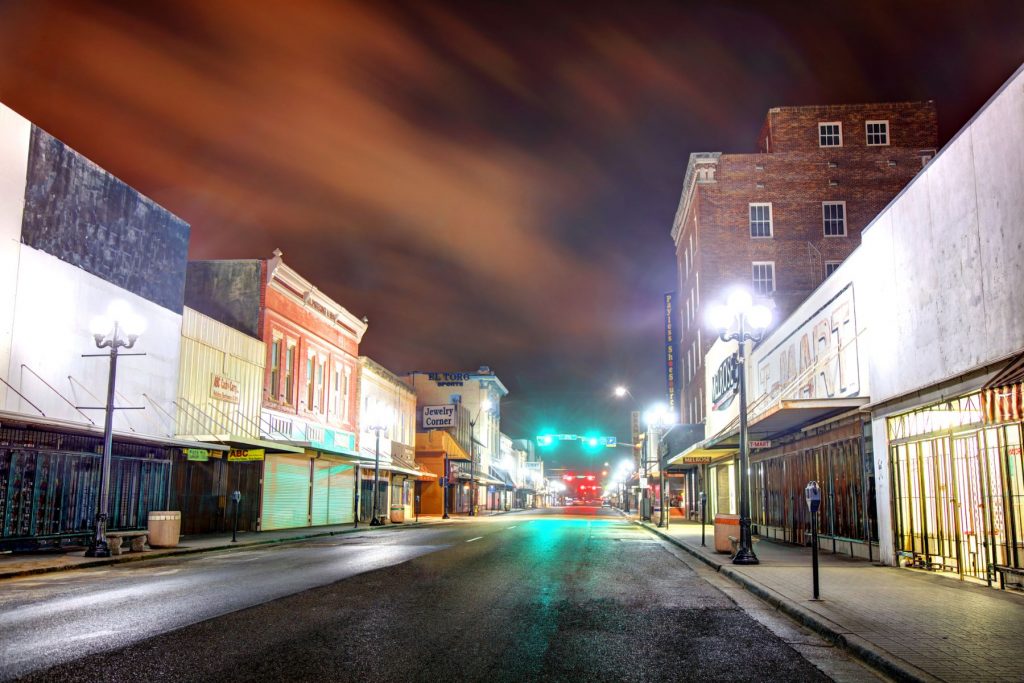 Mustang Island is 18 miles long and sits amid the Gulf of Mexico and Corpus Christi Bay. On the island, you'll find Port Aransas, a city known for its stunning beaches, lengthy pier, and dolphin sightings. Port Aransas is a wonderful summer destination that mixes the best of both worlds, offering something for every member of the family. Dad can go fishing, mom can sun herself, and the kids can build sandcastles. The entire family will enjoy good ol' Port 'A.' Don't forget to rent a beach buggy. 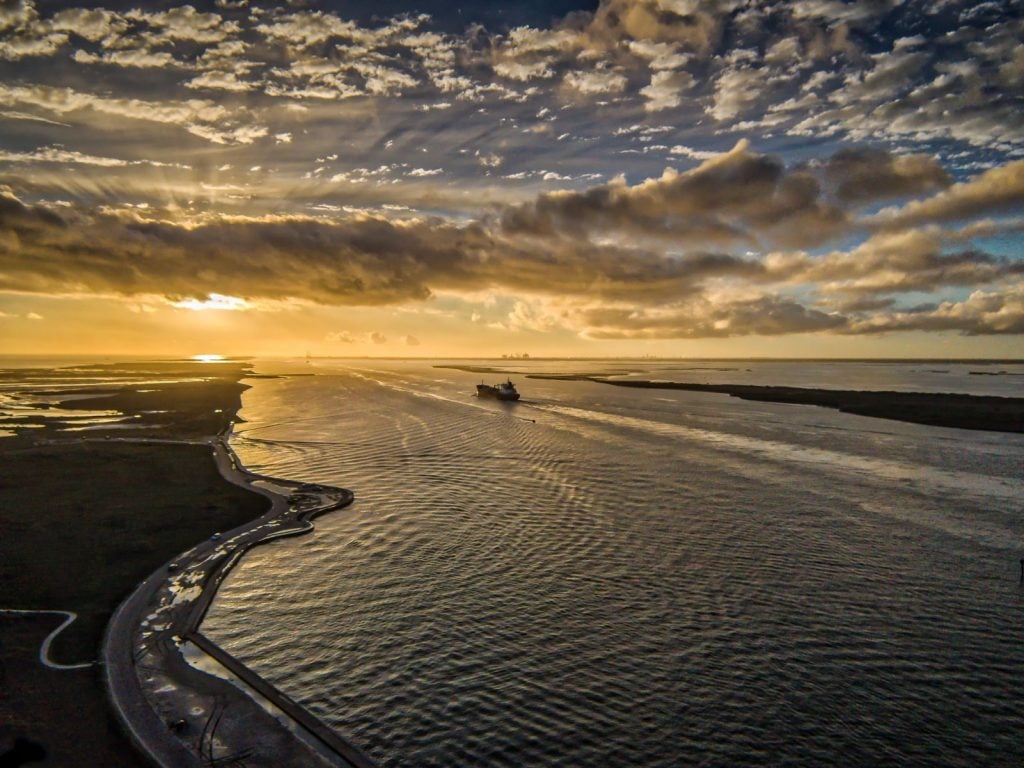