Unmissable Places to Visit In Massachusetts

Massachusetts is the most populous state in New England and is a vibrant state full of history. If you're looking for things to do in Massachusetts, you can see where the first pilgrim settlers arrived at Plymouth Rock. Visit the famous spots where the country fought and won its independence from the British. Then take a trip to to the heart of Boston, and make a little history of your own in this 21st-century city.

The Freedom Trail is a collection of museums, meeting houses, churches, burial grounds, historic markers, parks, and even a ship, which tell the story of the fight for American Independence.

It runs for 2.5 miles from Boston Common to Bunker Hill Monument and has 16 historical spots. These include the Old South Meeting House, where the Sons of Liberty met to organize the Boston Tea Party, and the USS Constitution which is the oldest warship afloat.

If you're considering taking a self-guided tour, you'll want to give yourself at least a full day to explore everything. Otherwise, you can purchase guided tour tickets at Boston Common or the Faneuil Hall Visitor Center. 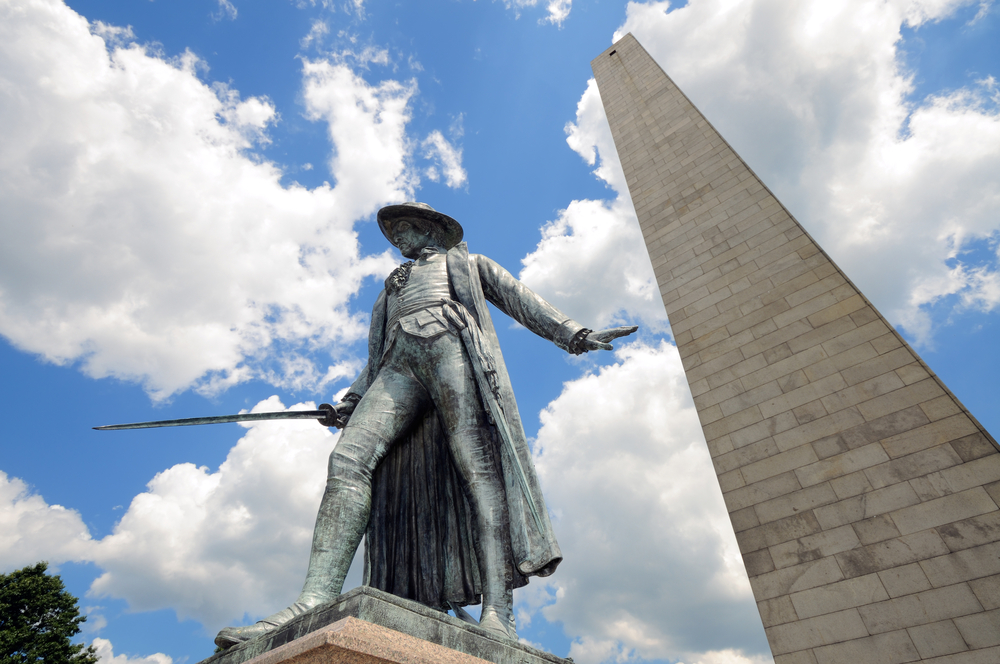 Lexington was settled in 1641 and is the starting point for the American Revolution. The Battle of Lexington on April 19, 1775, was the scene of the first shots fired in the name of the Revolutionary War.

Today you can follow the route from Lexington to Concord via the Minute Man National Historic Park. The park commemorates two hundred American minutemen who bravely held off 700 British soldiers.

Within the Minute Man National Historic Park, you can also see the 5-mile trail that Paul Revere rode, leading to his capture site. Stop off at the visitor center first to experience the multimedia presentation, then walk the route yourself for a more personal connection to the land. 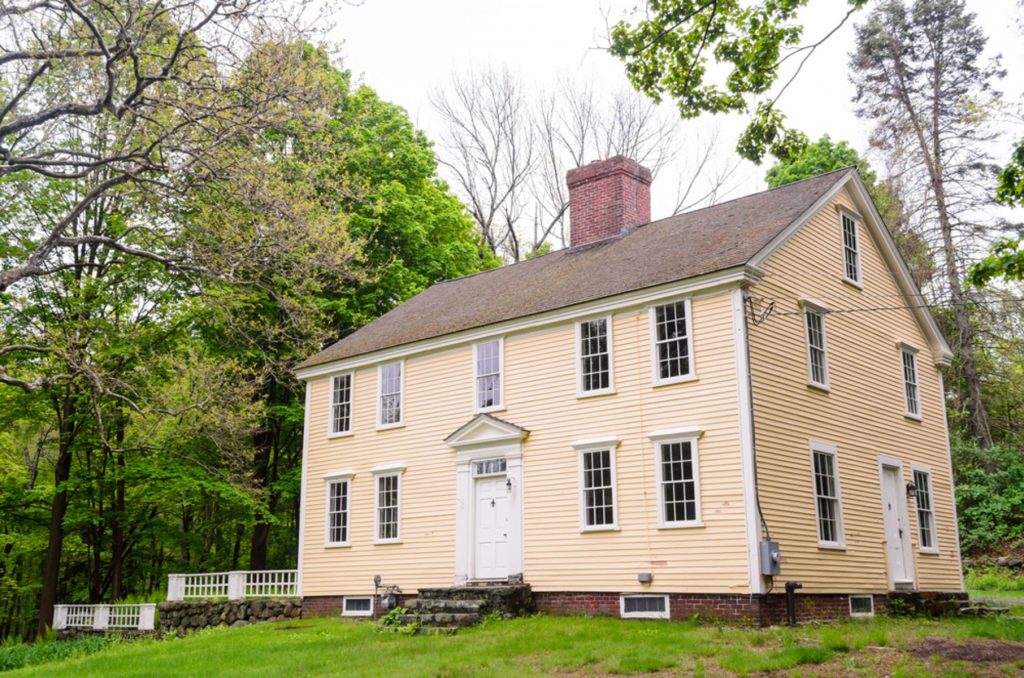 Southeast of Boston, the bayside town of Plymouth, which is a small town that has played a huge part in the building of America. In fact, it's even known as "America's Hometown."

One of the most famous attractions in Plymouth is Plymouth Rock, which is said to be where the Pilgrims first set foot in America. The rock is thought to be around 600 feet from where the original settlement was.

In 1947, Plimoth Plantation opened. It is a living history museum, which has a recreation of the 1627 Plymouth settlement, and a replica of a Wampanoag 17th-century homesite. The farm also houses several rare animals that would have been in Plymouth Colony such as Milking Kerry and Devon cattle.

When it comes to baseball, you can't get more serious than a Red Sox fan. The Boston Red Sox have lived at Fenway Park since 1912. Today it is the oldest active running baseball park in the country.

Fenway Park has been the host for the World Series 11 times and has been home to a wide variety of other events.

There is a single red seat in the bleachers in right field, which denotes the longest home run ever hit in the Park. It was made by Ted Williams in 1946 and measured at 502 feet.

Whether you want to find out more about the national sport of baseball, or are hoping to catch an arena show, Fenway Park is a must-visit location. 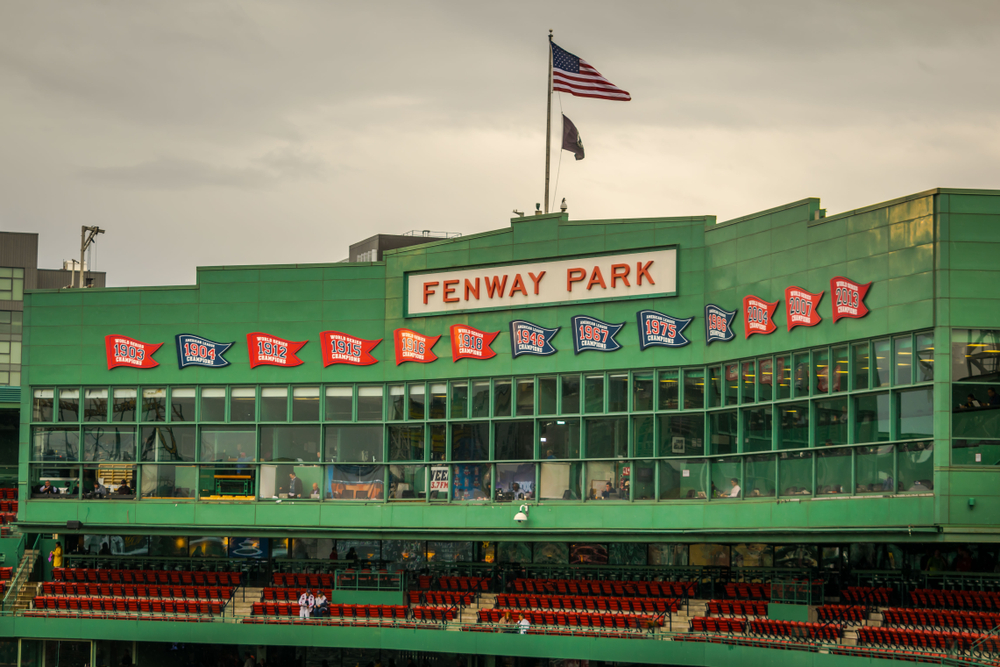 Harvard University is the oldest college in America. It was founded in 1636 and has educated eight US presidents, Pulitzer Prize winners, and over a dozen Nobel Laureate winners. The campus itself covers 209 acres and is known as Harvard Yard. This is home to most of the academic and administrative buildings, libraries, and freshman housing. Many of the buildings on Harvard Yard are also of historic note; there are eleven museums which are open to members of the general public. You can enjoy a historical tour that leaves daily from the Smith Campus Center or download a map and enjoy a self-guided tour. 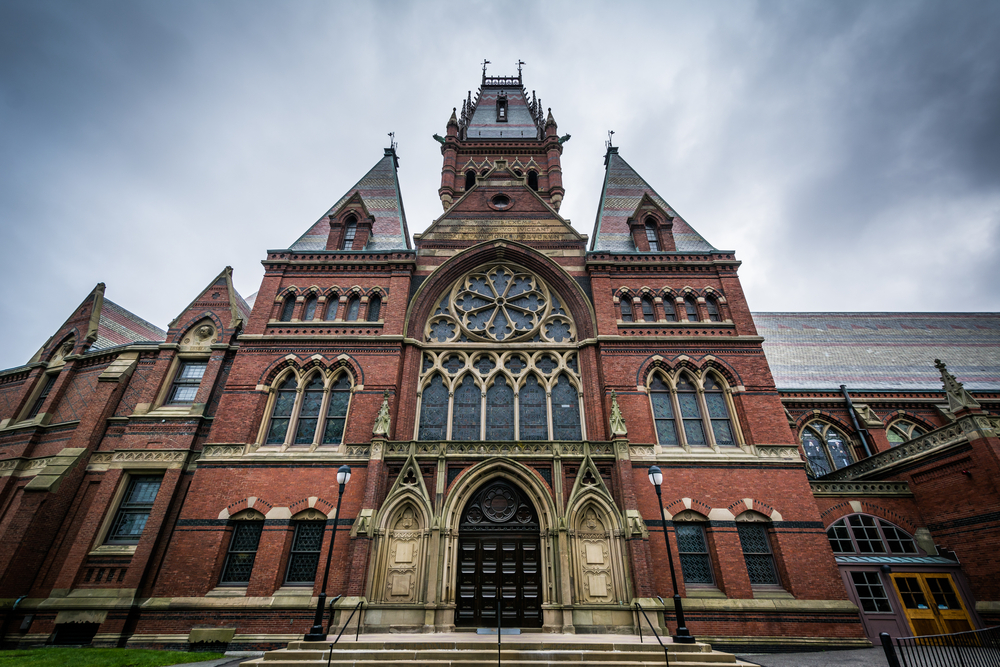 Particularly around Halloween, Salem is one of the most popular tourist destinations in the state. Thanks to its reputation as Witch City, the town puts on over 500 events - from costume parties and parades to séances and ghost tours.

Salem still offers plenty to do the rest of the year, however. Chestnut Street is a beautiful walk and is famous for being the first planned street in America. Many of the houses have plaques which give you more information about the residents and people who built these Federal-style mansions.

The city aims to educate visitors on the troubled past, particularly the events of 1692 and 1693. The Salem Witch Trials led to the execution of 14 women and five men, on the suspicion they were witches. 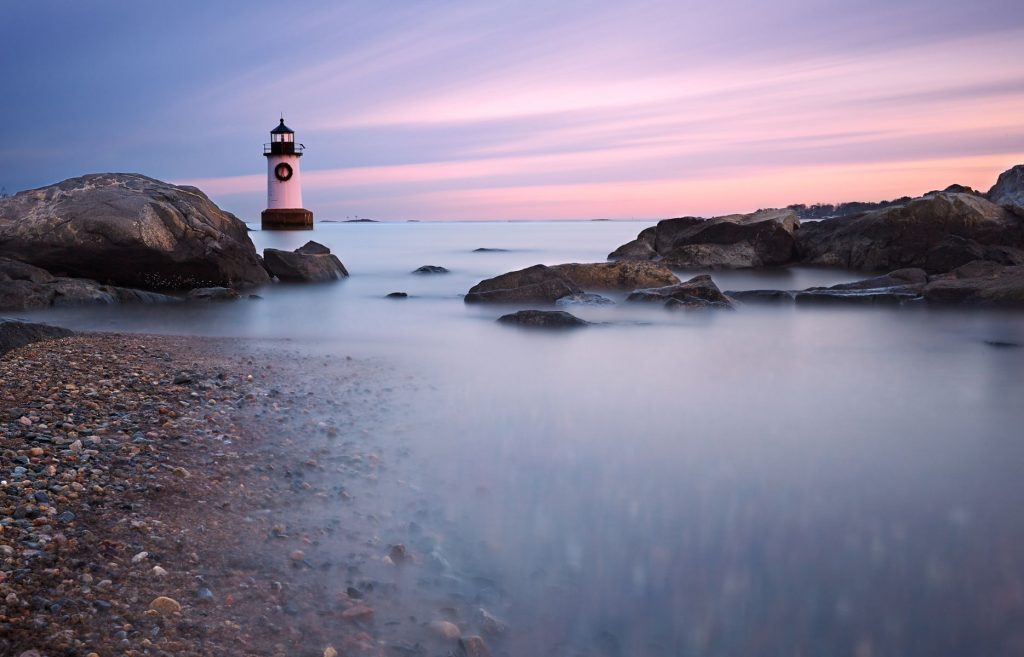 The Cape Cod National Seashore stretches out over 40 miles and is famous for its white sandy beaches and unspoiled oceans. The summer White House of John F Kennedy; Cape Cod has long had a reputation for its small-town charm and delightful weather.

Fans of active travel can enjoy paddleboards, biking, hiking, kayaks, boats, and surfboards. There are over 50 golf courses which are available to visitors. Tourists can also enjoy visiting the world-renowned lighthouses and learning more about the history of the area. Or take in a spot of whale watching in Provincetown, one of the only places you can catch a glimpse of the endangered North Atlantic right whale. 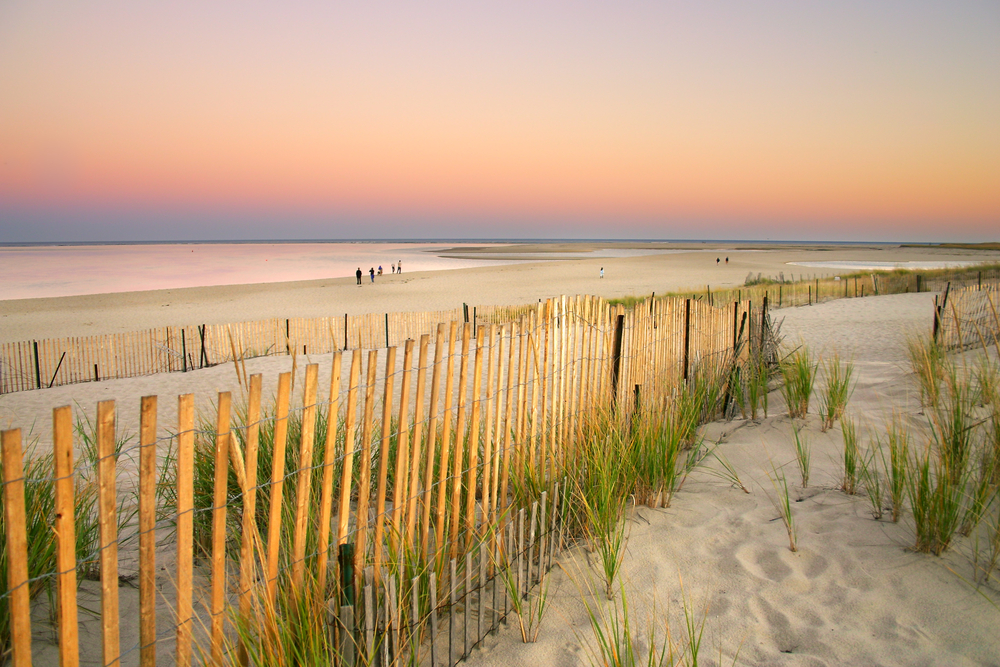 Boston has a little bit of something for everyone. There's over 60 museums, 35 colleges, and a wealth of American history. Stroll Boston Common and take in part of the Freedom Trail. Or head to Faneuil Hall and see what makes it the fourth most visited tourist destination in America.

Art lovers will find that Boston has a truly outstanding collection. From the 450 000 works of art on display at the MFA to the beautiful house which makes up the Isabella Stewart Gardner Museum.

Boston is easy to navigate and walk around, from the waterfront to downtown. The city prides itself on being a big city with a small town feel. Boston is as famous for its breweries and distilleries as it is its art galleries, and welcome visitors to tour the sites. 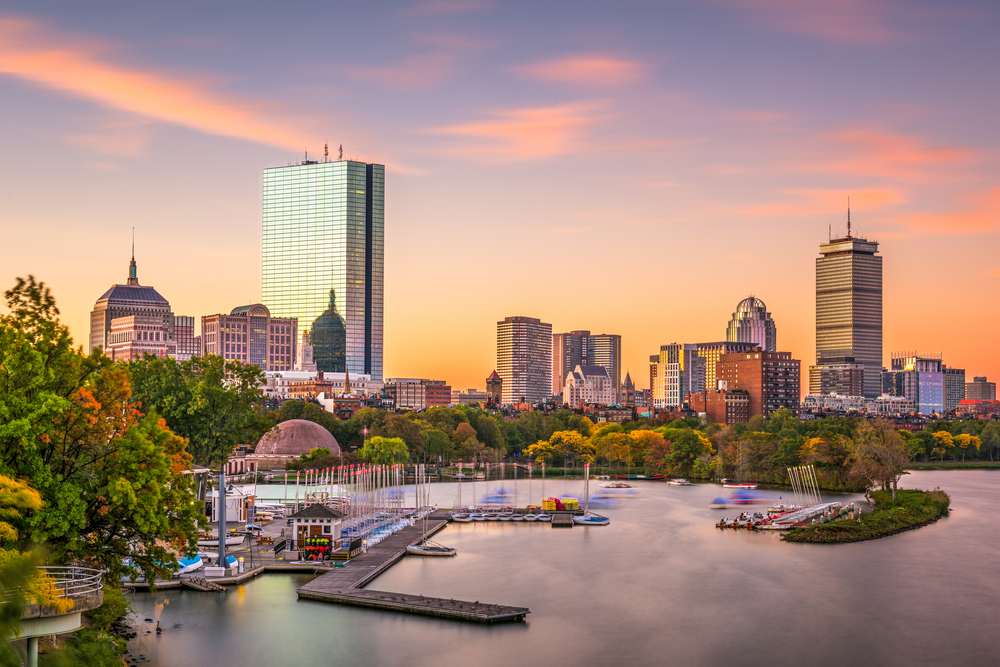 Bish Bash Falls is the highest waterfall in the Taconic Mountains of southwestern Massachusetts. This cascade waterfall is 60 feet long, on the side of the Bish Bash Mountain. A popular hiking destination, it's a steady day trip to the summit. Once you get there, however, enjoy a clear view across the whole of Massachusetts. From Bish Bash Mountain you can explore nearby parks of Mt. Washington State Park, or even cross the border into New York, and visit Taconic State Park. 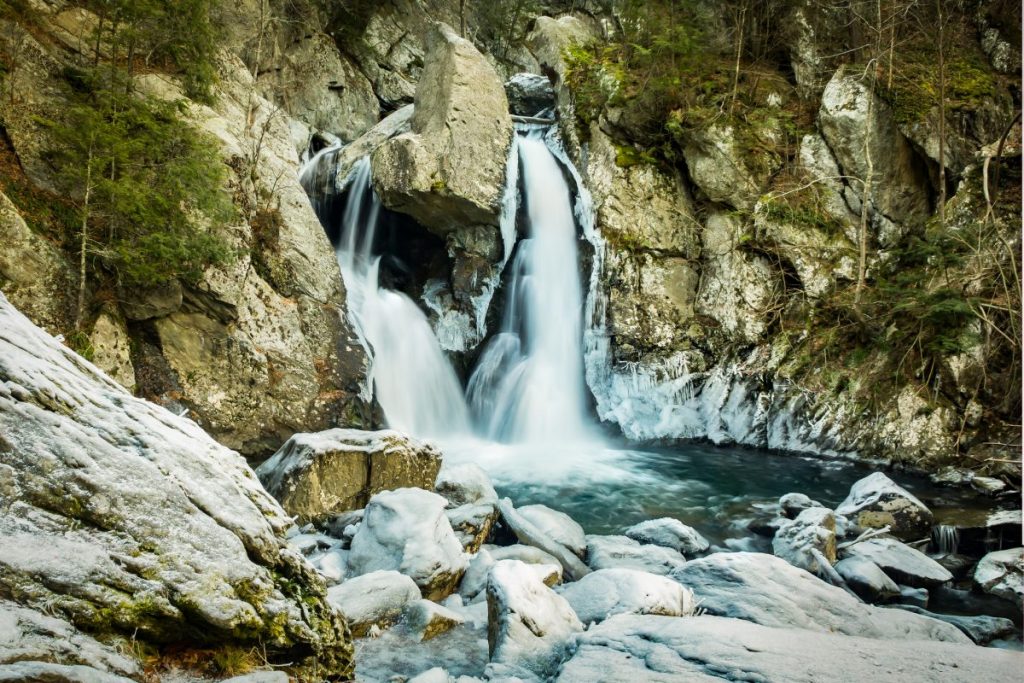 In the town of Stockbridge, the Norman Rockwell Museum is a great way to find out more about one of Massachusett's native sons. The museum is home to the largest collection of Rockwell's work in the world.

Also in the museum, you will find the artist's studio, and the supplies he used to make his iconic art. There is also a huge amount of archival material that shows Norman Rockwell as he appeared to his friends and throughout his life.

Stockbridge itself has also been home to many other artists throughout the years. It's possible to walk the city and compare and contrast the artist experience. 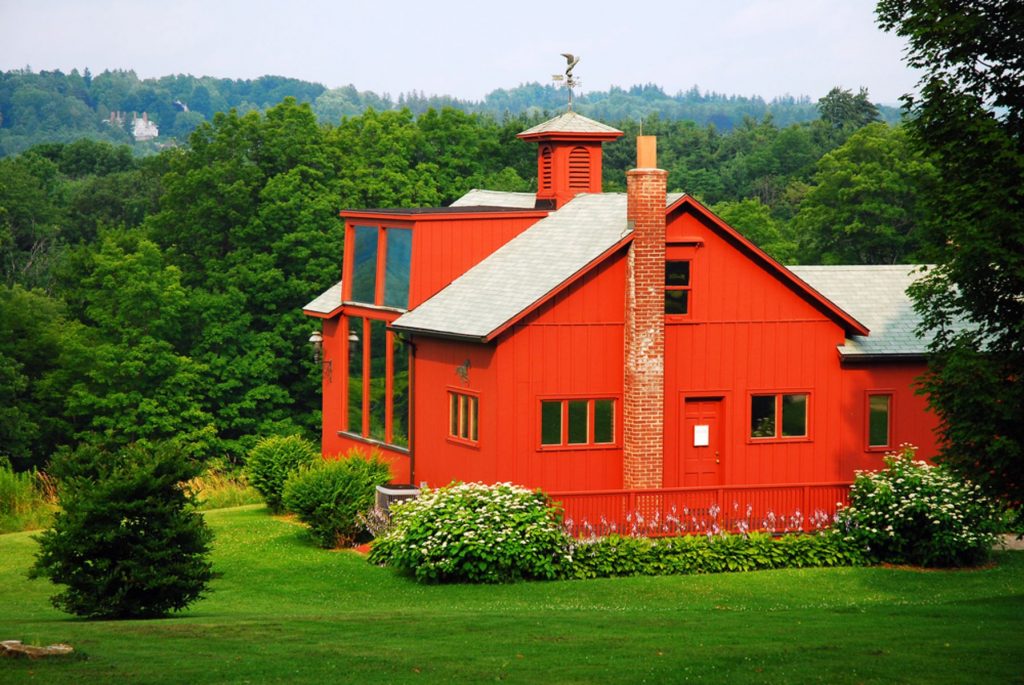