Things to do in Pittsburgh Before You Die

Home to the Steelers and formerly the heart of the American steel industry, Pittsburgh is sometimes overlooked for Philadelphia. However, there’s no real reason for that. Pittsburgh, the City of Bridges, is a haven of secret bars, reformed redbrick factories, and legions of museums filled with local and natural history. While it might not seem so from a distance, Pittsburgh is a hip and creative town that could rival the best of what Portland has to offer. Be it indulging in juicy cheesesteaks, brewery hopping, or admiring Dippy the Dinosaur; there are tons of things to do in Pittsburgh.

The death of Mister Rogers left a huge gap in the hearts of all Americans, young and old. Although everybody's favorite neighbor might be gone, his legacy remains stronger than ever at the Heinz History Museum in Pittsburgh. Visit the fourth floor of the expansive building to see Mister Rogers' neighborhood with original props and items from the television set. Among the props such as the Great Oak Tree where Henrietta Pussycat and X The Owl live and the original living room set, there's also a life-like figure of Mister Rogers himself. Sweater, khakis, and all. 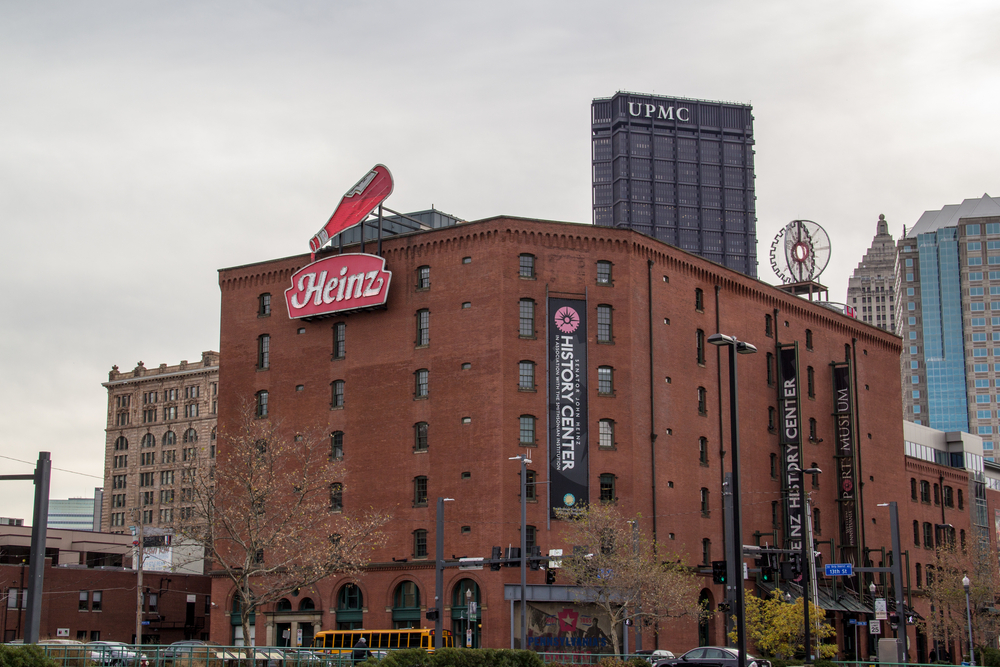 Have Happy Meals at the Big Mac Museum

However much we now talk about the dangers of fast food, the Big Mac is an American institution. Just a 30-minute drive from downtown Pittsburgh is McDonald's Big Mac Museum. This one-of-a-kind museum has just about everything a McDonald's lover could ever wish for, from the world's tallest Big Mac statue to a play space for the kids. Not only that, but true Big Mac fans can pull up a pew beside a bronze bust of the man who invented America's favorite sandwich, Jim Delligatti, and tuck into a tasty Big Mac. 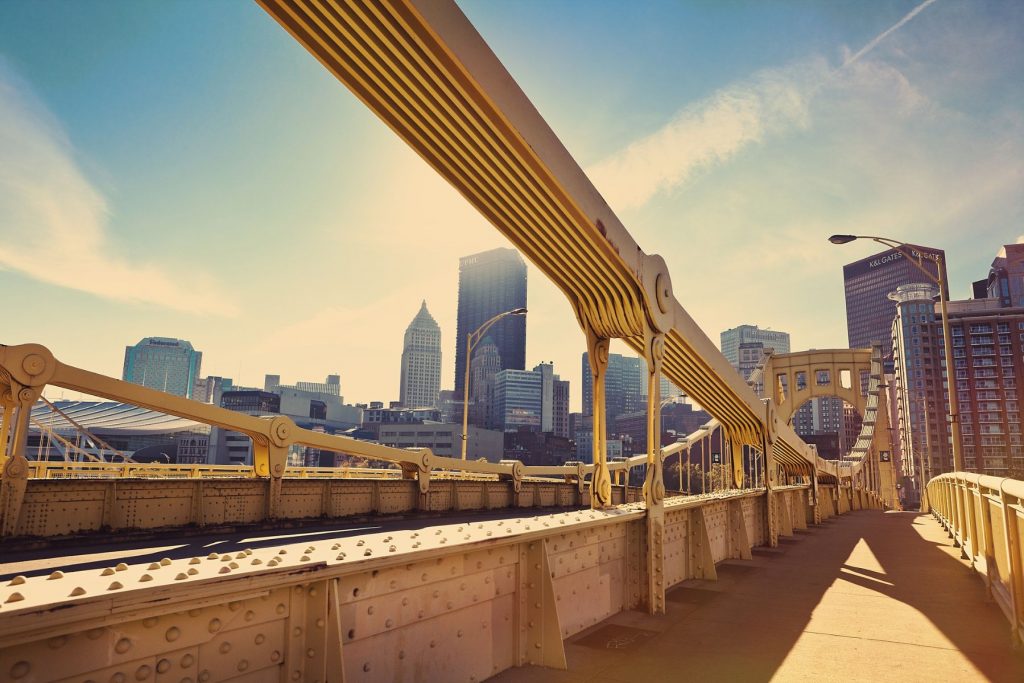 Dare to Visit a Curiosity Shop

Curiosity shops and oddities emporiums might not be for everyone, but morbidity connoisseurs will strike gold with a visit to downtown PGH. The Weeping Glass in Allentown offers Tarot readings, unique pieces of art for purchase, and even monthly "Death Parlors" where you can learn about tales of ghosts and murder. Another of Pittsburgh's morbid gems is Trundle Manor. Although it seems like a regular house from the outside, it contains much more. From coffins, taxidermy, old medical devices and more, the wicked-minded will find everything they need in Pittsburgh. 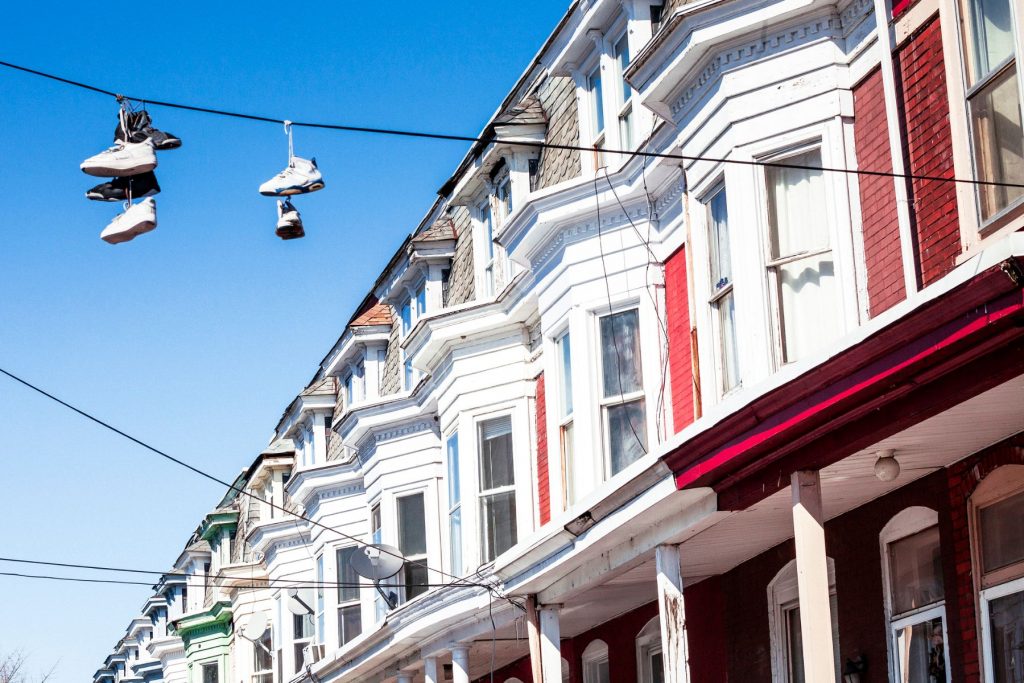 Relish in Some Pittsburgh Street Art at Randyland

Randyland is a public art gallery, unlike any other in the United States. What began as a house purchased on credit while waiting tables, Randy Gilson has transformed his home into a colorful, living work of art. Dedicated to bringing happiness to his neighborhood, Gilson's 'Randyland' is a hotbed of unique, outsider art that can brighten up the dreariest of days. As well as the murals providing dozens of Instagram-ready backdrops, practically everybody who visits Randyland leaves in a much better mood than they arrived in. To tell the truth, it's hard not to. 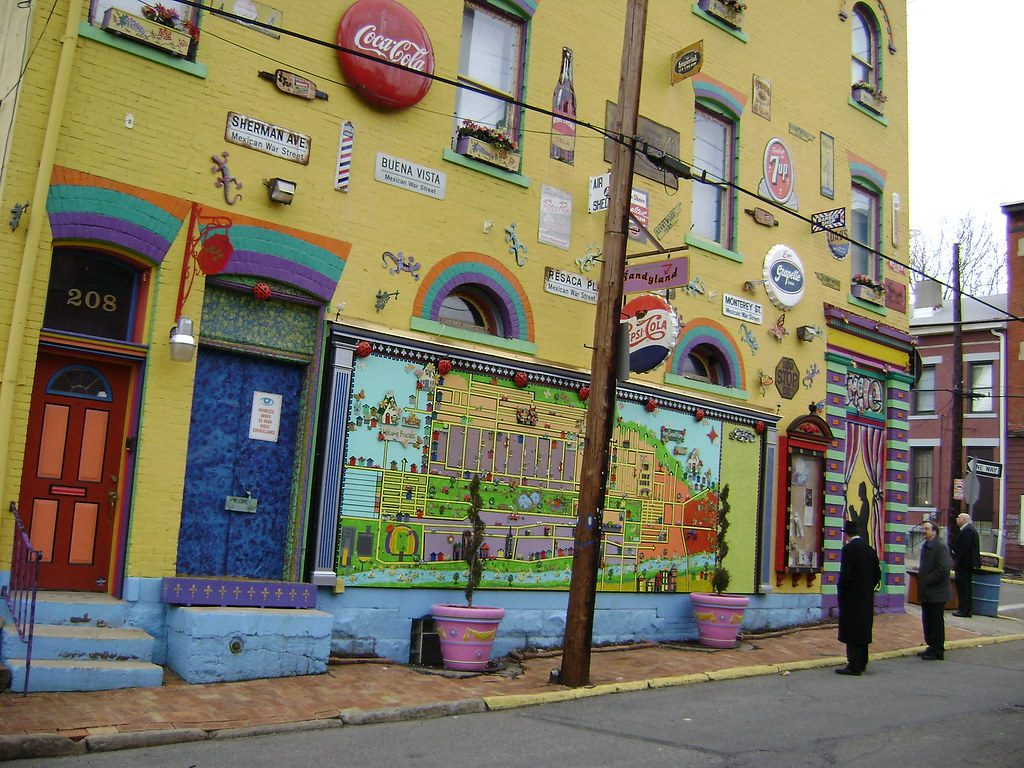 Pop into the Warhol Museum

Andy Warhol might be synonymous with Campbell's soup, New York, and his Factory, but the inspirational pop-artist was a Pittsburgh native. Because of that, it's only fair that the Warhol Museum is based here, and any visitors will tell you there's no better location for it. Exploring Andy Warhol's legacy and sharing his story from beginning to end, the museum also has the largest collection of Warhol's art on the planet. Many of the exhibition rooms also resemble the Factory, giving visitors the chance to feel part of what would go on to become a counterculture arts movement. Furthermore, budding artists can also try out some of Warhol's painting techniques. 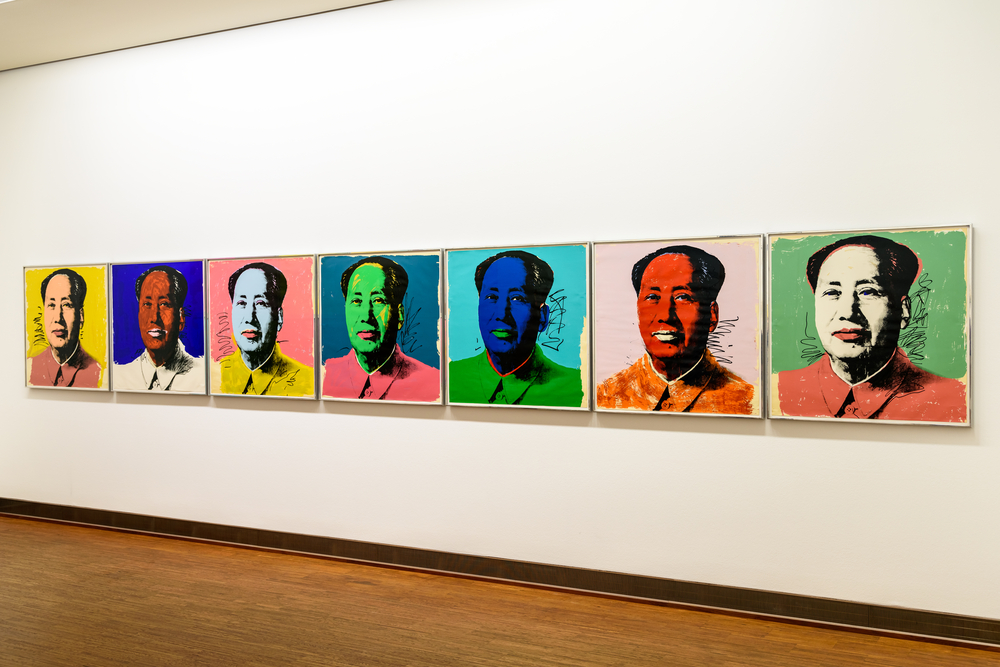 Relive Your Youth at Games N’ At

Gone are the days, it seems, that arcades and bowling alleys dominated our cities. However, that isn't the case in Pittsburgh. Pittsburgh is home to 'Games N' At,' the largest video arcade in the city. Visiting the arcade will take you back to your younger days when everybody was wearing Bart Simpson t-shirts and Street Fighter had yet to be ruined by the movie industry. 'Games N' At' is an incredibly fun and cheap night out, with options to bring your own beer and package deals for parties and families. As well as old school arcade games like Pac-man and Donkey Kong, there are also brand new XBOX One games and pool tables. For a dose of nostalgia, this is definitely the place for you. 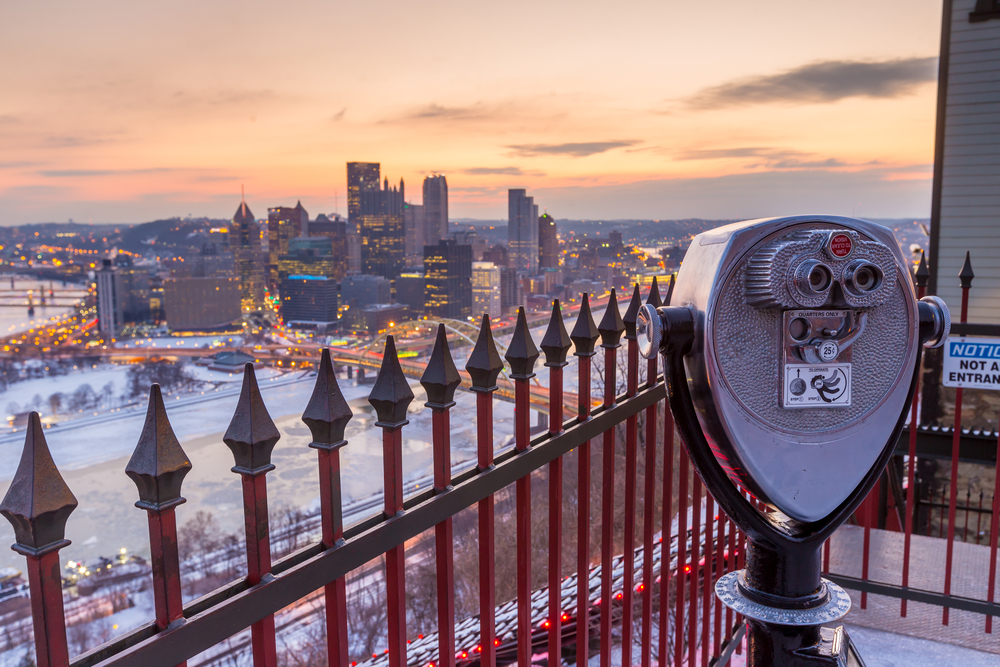 Learn to Paddle Board

Have you ever been paddle boarding? Morein, did you ever imagine you could learn to paddleboard in Pittsburgh? Well, you can, and now you know, so it's time to try. Pittsburgh is actually a paddleboard paradise, but if you don't know how to do it, it can be quite intimidating. Luckily, Pittsburgh has a host of spots where you can have your first paddleboard experience. Not only that, there's a bunch of companies that can teach you how to do it. 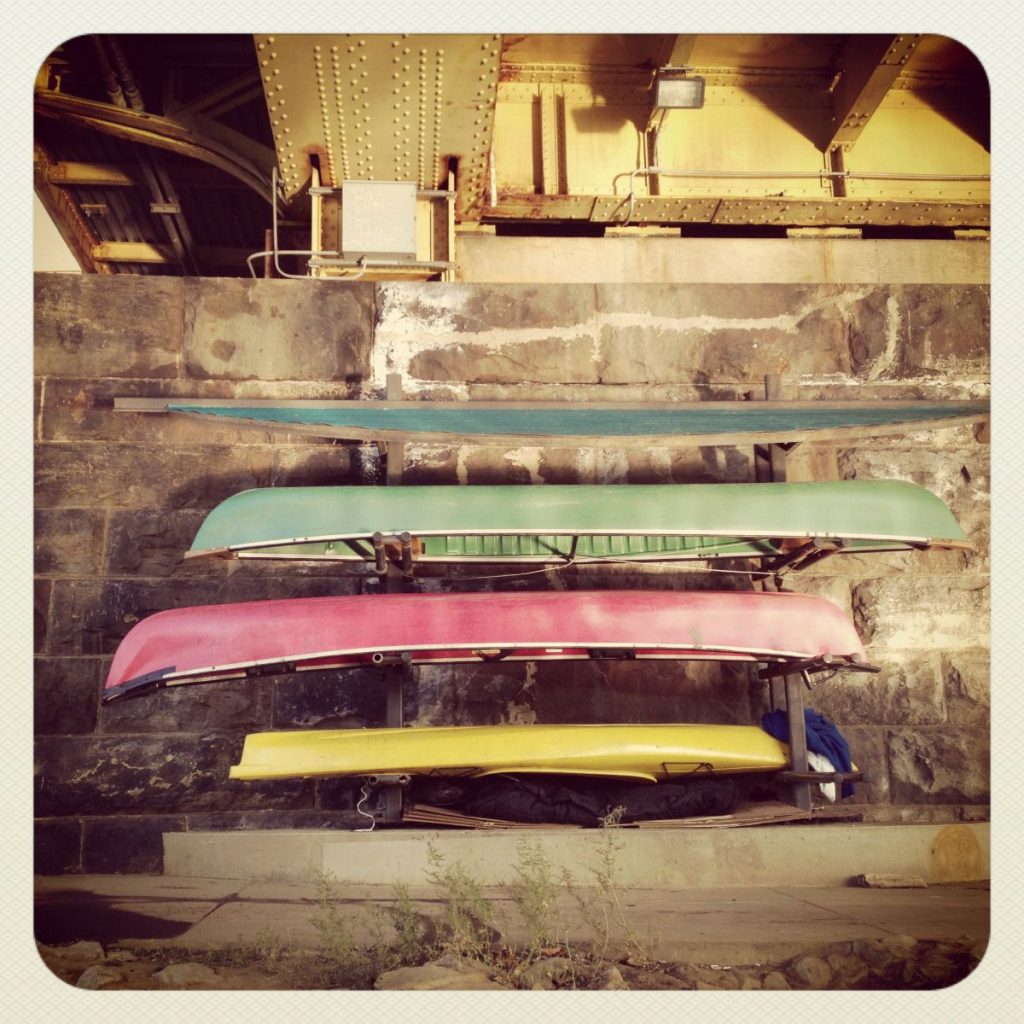 Kennywood Park is Pittsburgh's best amusement park, and it's been going for 120 years. What started as a trolley park in 1899 is now America's finest traditional amusement park and a great day out for the whole family. Kennywood is in West Mifflin, which is just a 12-mile drive from downtown Pittsburgh, and therefore super easy to get to and from. You can buy day passes and not even worry about when you have to leave. Some of its most notoriously fun rides include the Black Widow, the Sky Rocket, and tons of smaller rides. There's even a Kiddieland for the little ones. 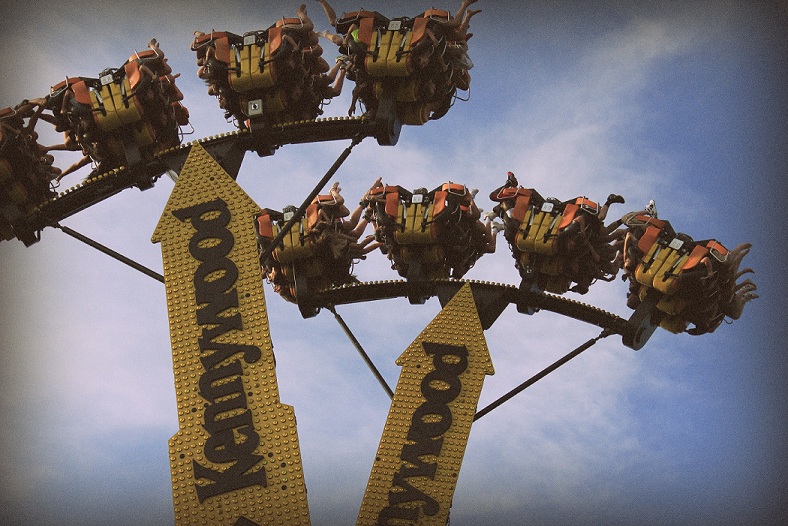 Support Writers and Books at the City of Asylum

Books are never as good as they are when bought from independent book stores, and the City of Asylum is Pittsburgh's main draw for all keen readers. Found on the North side of the city, City of Asylum is anything but your average independent bookshop. On the contrary, the shop provides a thriving community of writers and readers while also offering a sanctuary for writers to continue doing what they love to do in a time when most of us are reading our things online. The shop also hosts hundreds of events from readings to musical performances and more. If you're in Pittsburgh for any amount of time, City of Asylum is definitely worth the visit. 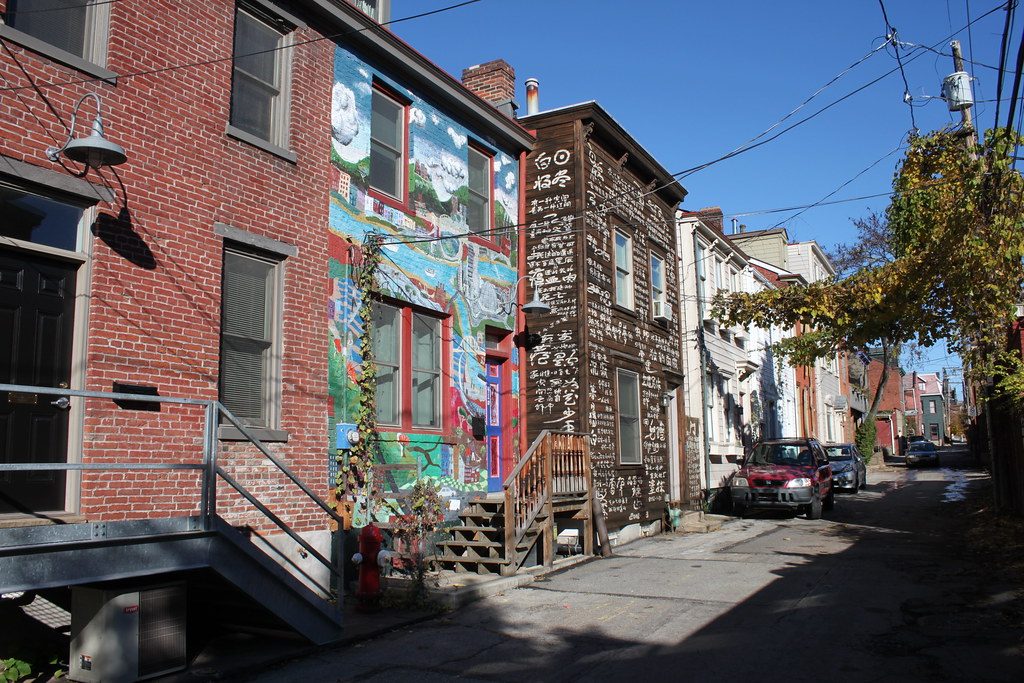 Chow Down on World-Famous Fried Oysters

The Original Oyster House is the oldest bar and restaurant in Pittsburgh. For almost 150 years, Pittsburgh residents have been heading to this historic landmark for the best-fried oysters in town - if not the state. The Oyster House is also a PGH tradition, with those who move away from the city still ruminating on the establishment for years to come. Providing fresh-from-the-line fish for impeccable prices, you'll be doing harm to yourself if you don't try this Pittsburgh institution at least once. 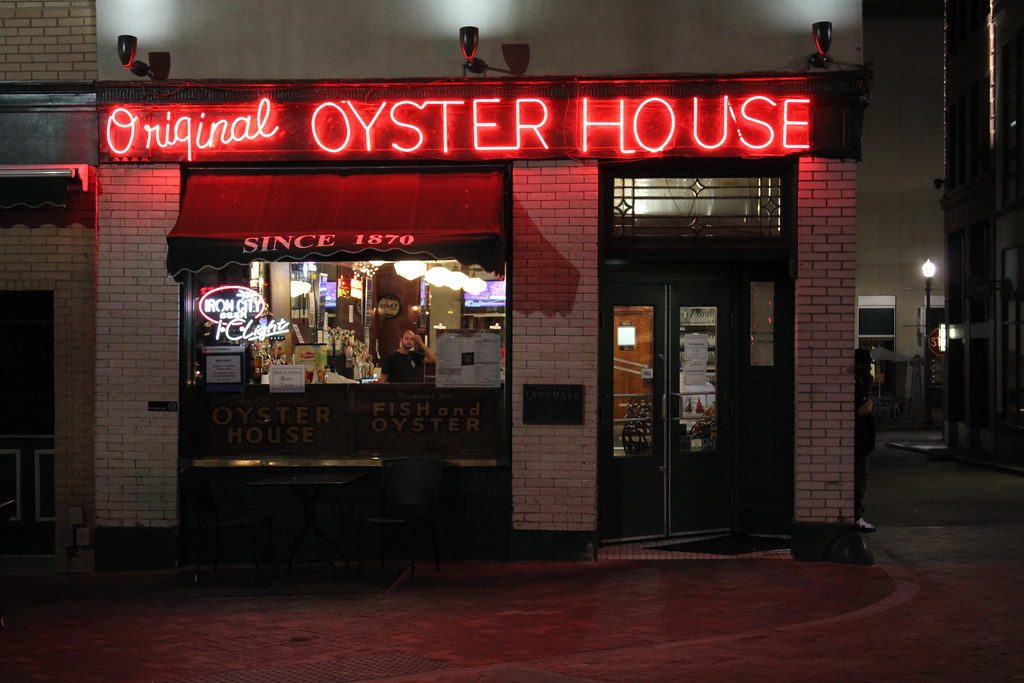