The Most Populated Cities in the USA

While the United States has more than 330 million people spread across 50 states, the majority of them live in nine states. Half of the population live in Georgia, New York, California, Michigan, Illinois, Pennsylvania, Ohio, Florida, and Texas.  Of the most populated cities in the USA, three are in California and three are in Texas. The remainder all metropolitan areas that are spread across the lower 48 states, but the two outlying states each only have one city that makes it into the top 100 most densely populated cities.

There are an estimated 8.6 million residents in New York City. Not only is the most populous city in the country, but the life expectancy here is also above the national average. Residents here live to an average age of 80.9 years, which is greater than the national average of 78.7. It is expected that the city will be home to more than 9 million residents by 2040 with the Bronx being the borough with the most rapid growth. The urban appeal, trendy neighborhoods and a host of jobs appeal to people in this city. 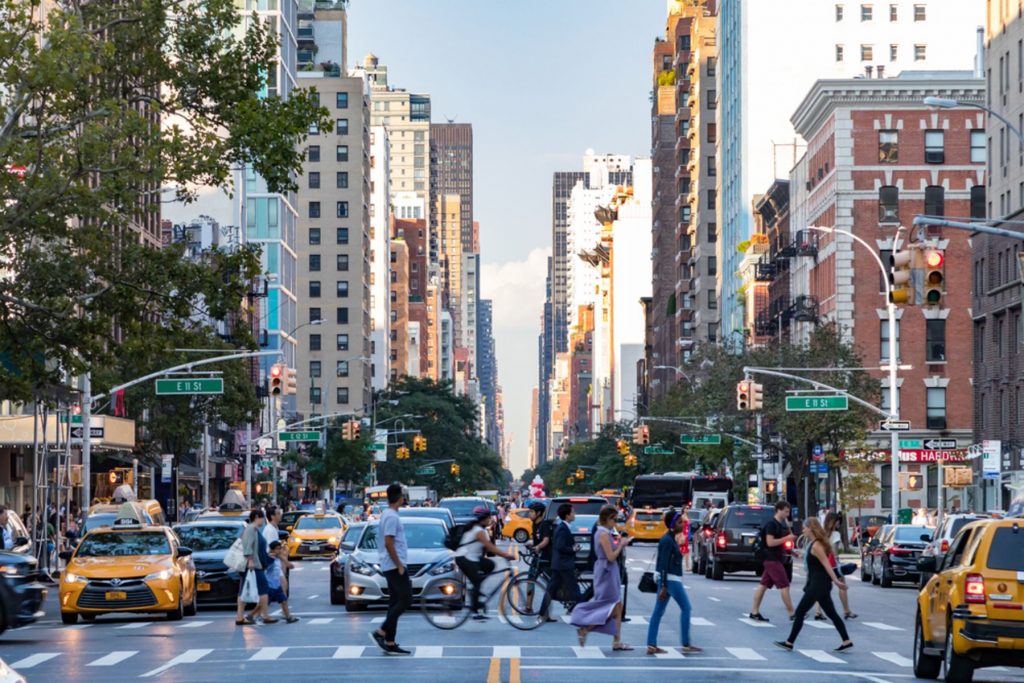