The Most Beautiful Castles In The United States

If you're trying to live your best Megan Markle life, you might think that you have to hop on a plane to live in a castle. If Mickey Mouse's magic kingdom is no longer satisfying your palatial needs, did you know that the US has over a hundred castles of its very own? Granted, most of them aren't anywhere near as old as the fortresses you'd find in the English countryside or of those French châteaus. Nevertheless, these castles are pretty stunning to look at and have a special place in US history.

In 1900, hotel magnate George C. Boldt decided he would build a dream summer home for his wife. He envisioned a six-story 120-room castle in the Rhineland style and spared no expense to realize his vision. It took the work of 300 stonemasons, carpenters, and decorators to build, with marble imported from Italy. Sadly, his wife passed away before the castle was completed, and for 70 years the property remained unfinished. It has since been restored and is now open to visitors daily. 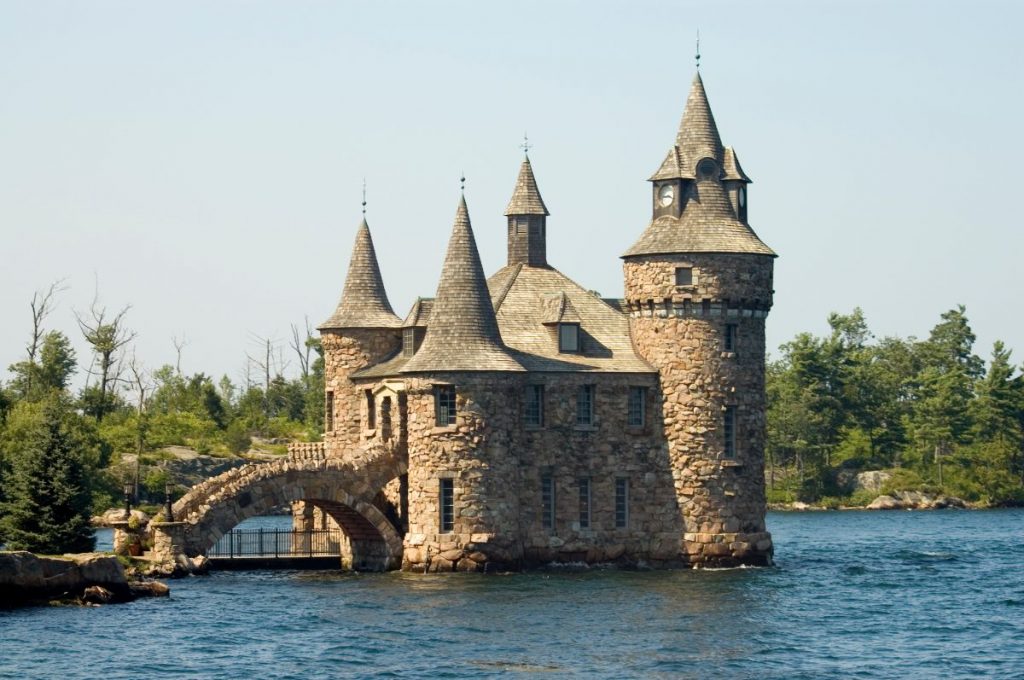 What better way to show off your impressive collection of tiles than to build a castle to showcase them? Henry Chapman Mercer, a renowned anthropologist, archaeologist, and scholar, did just this. In 1912, he began construction on the 44-room hand-mixed concrete castle which is designed in a combination of medieval, Gothic, and Byzantine style. Today its a museum open to the public, and home to 900 American and European prints. 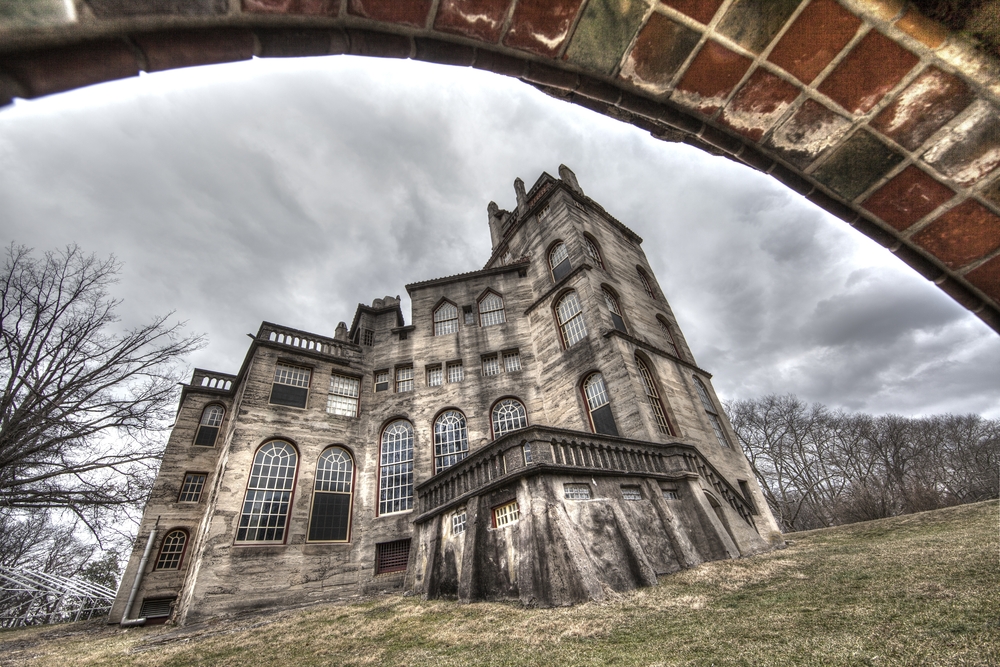 If you really want to visit an ancient castle without leaving American soil, then you could do worse than to visit Castello di Amorosa in Calistoga. This castle took 14 years to build, and everything from the style to the building techniques are authentic 13th-century Tuscan style. Not only does it boast a drawbridge and moat, but it also houses a functional Renaissance-style iron maiden torture device. Today it is open as a winery and is open for tours daily, which include wine tastings. 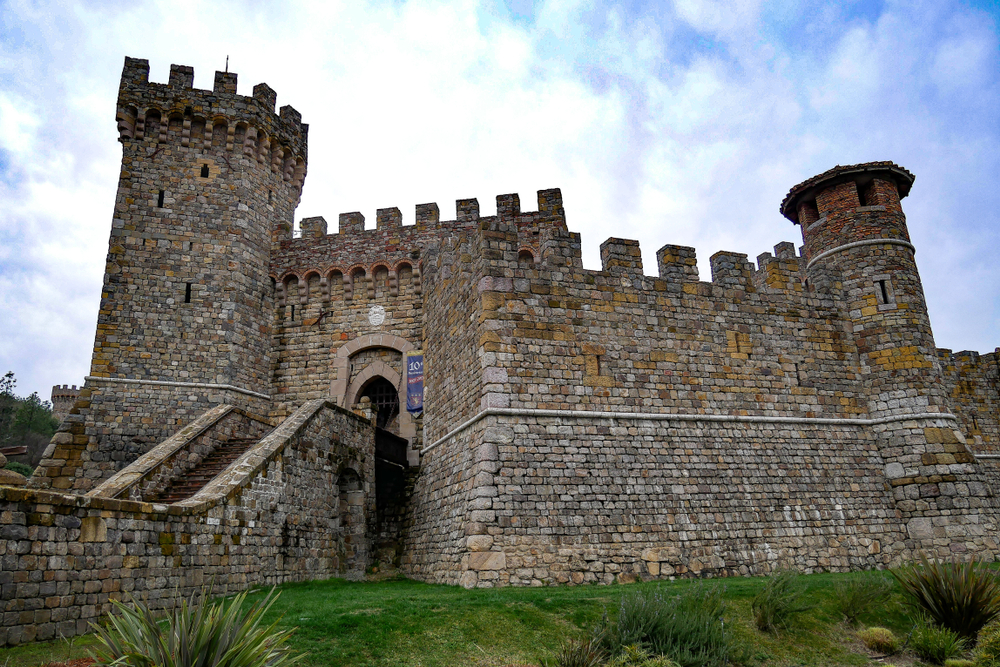 Pollepel is a small island about 50 miles north of New York City and is home to Bannerman Castle. Construction on the castle began in 1901 by Frank Bannerman, a Northern Irish immigrant who made his money in the army surplus trade. The island was meant to be a place where he could keep all of his excess stock, and with the strategic use of design, a giant billboard for his company. Bannerman died in 1918, and in 1920, 200 pounds of powder and shells exploded. Interestingly, it was a fire in 1969 which eventually left the castle in crumbles. If you are a fan of ruins, its open for guided boat tours and kayaking. 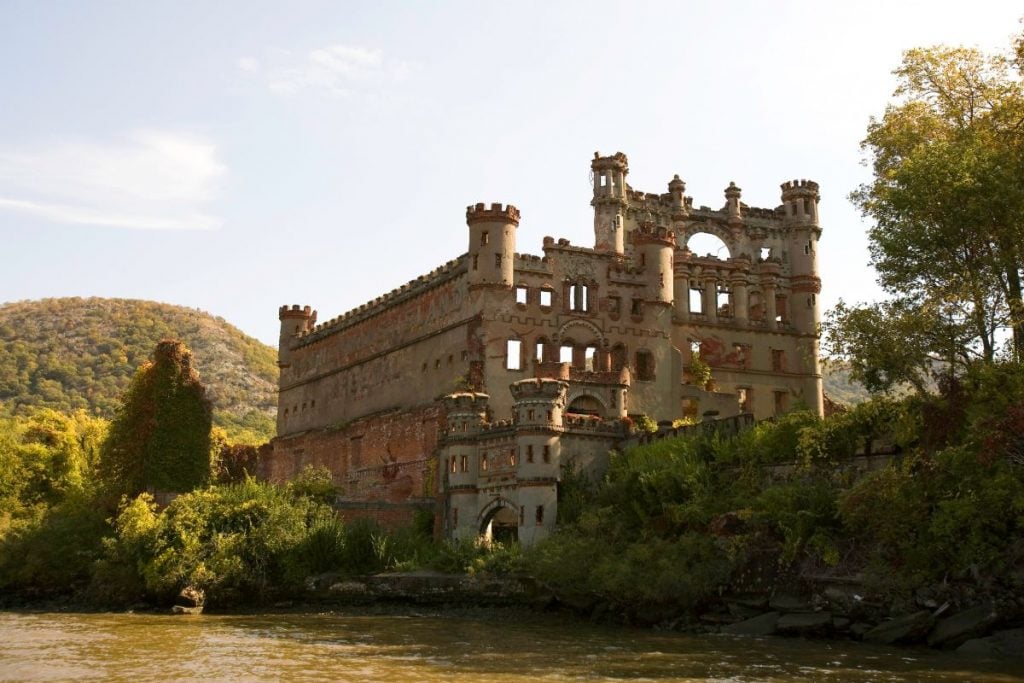 Designed in 1838, this romantic castle is built in the Gothic Revival style, and has incredible views across the Hudson River. If you want a visit to a real-life fairytale castle, Lyndhurst has it all! The former residents of the castle include the onetime mayor of New York City, William Paulding, and the railroad tycoon everybody loved to hate, Jay Gould. You can visit the castle and take a tour from Fridays to Mondays. 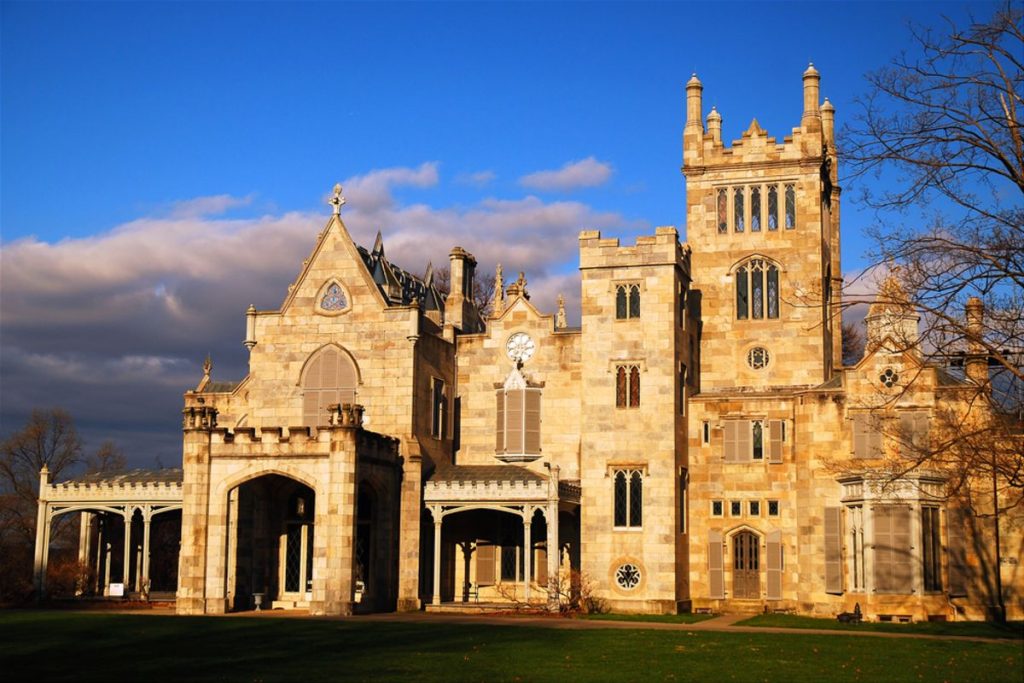 If you're a fan of Game of Thrones then you're going to love this Frankencastle, which combines features from 15th, 16th, and 18th-century styles. It was built between 1926 and 1929 by John Hays Hammond Jr, an inventor who is responsible for designing the foundation for all modern radio remote control devices. It has a Hogwarts-esque great hall, indoor courtyard, and secret passageways galore - the perfect place to take a self-guided tour which you can do from Tuesday through Sunday, or spend Halloween or a special occasion there. 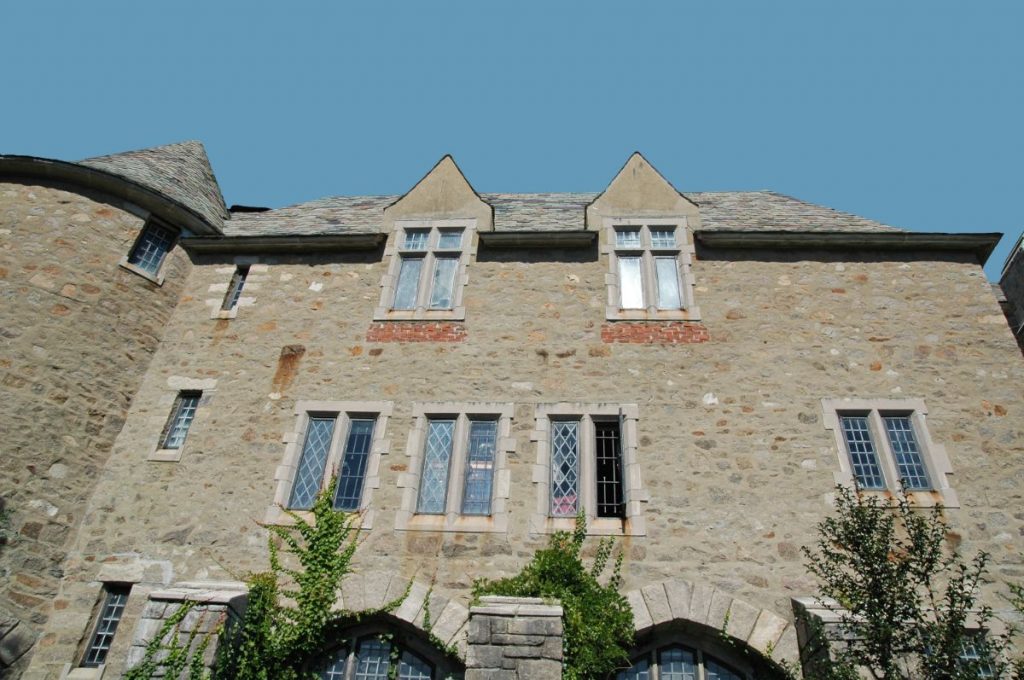 Move over, Benedict Cumberbatch; Gilette Castle was commissioned and designed by William Hooker Gilette who was famous for playing Sherlock Holmes on stage. Gilette was also renowned for being a cat lover, and he lived in the castle with his 17 felines - and decorated the walls with over 60 images of cats throughout the 24-room castle. The castle is as eccentric as the London detective himself, with strange locks and door handles, as well as a system of mirrors that meant Gilette could see who was in the public rooms without having to get out of bed. 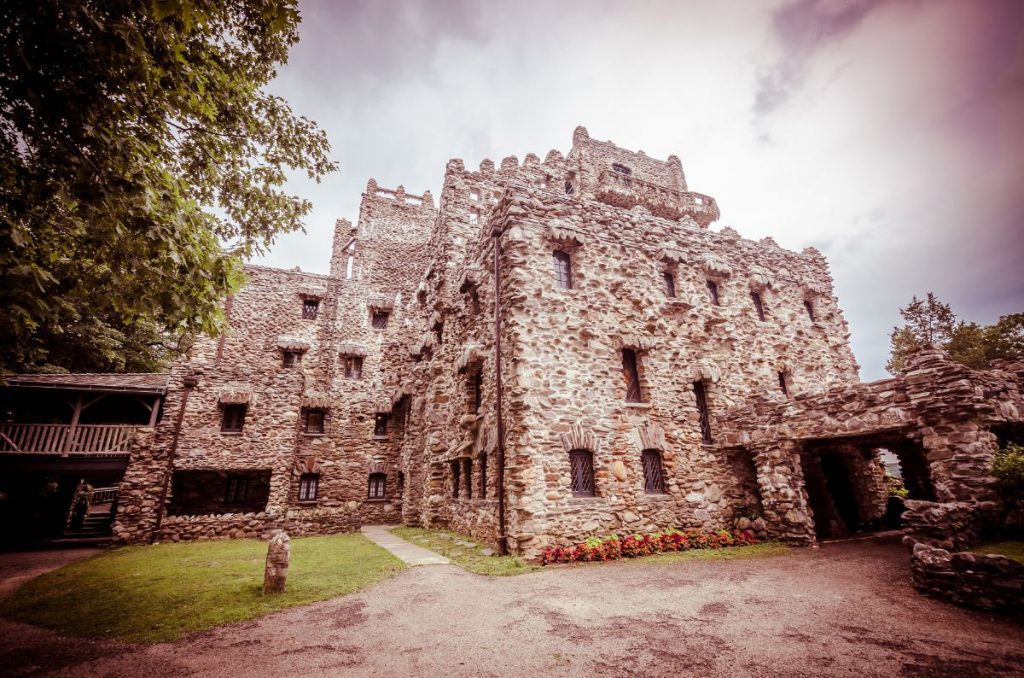 Grey Towers Castle was inspired by a famous British castle called Alnwick Castle and was built in 1893 by the sugar magnate William Welsh Harrison. The architect on the project was a local legend, Horace Trumbauer, who is perhaps best known for designing the New York Post building in NYC. To describe this castle as ornate is unfair.  It has gilded ceilings, tapestries, and elegant woodwork, as well as a Mirror Room and more secret passages than Scooby-Doo could ever have dreamed of. It is now owned by Arcadia University; you can sign up for a self-guided tour when classes are in session. 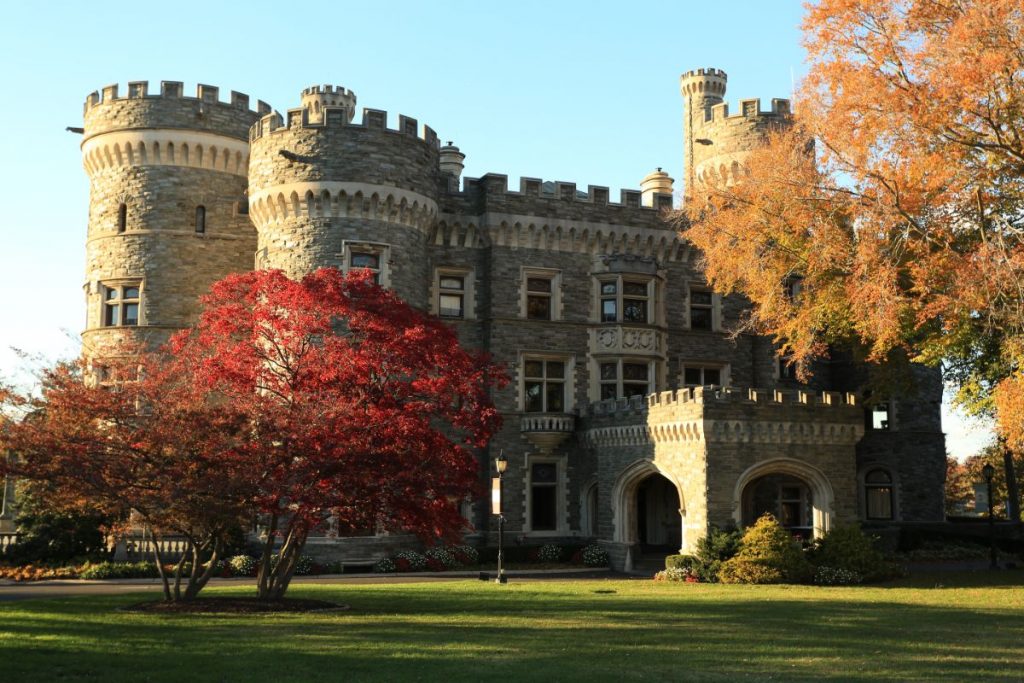 TSwift fans might recognize this property from her stylish Blank Space video. Also known as the Otto Kahn Estate, OHEKA Castle takes up over 109 000 square feet, and cost an incredible $11 million in 1914. In case you didn't know, Otto Herman Kahn is the man whose face and bank balance inspired the Monopoly Man. He built the estate so that he could indulge in some truly Gatsby-esque parties. So Gatsby-esque in fact that it's believed to be the inspiration for F. Scott Fitzgerald. Kahn lived there until the late 1970s. Today the 127 room property is a luxury hotel and bougie wedding venue. 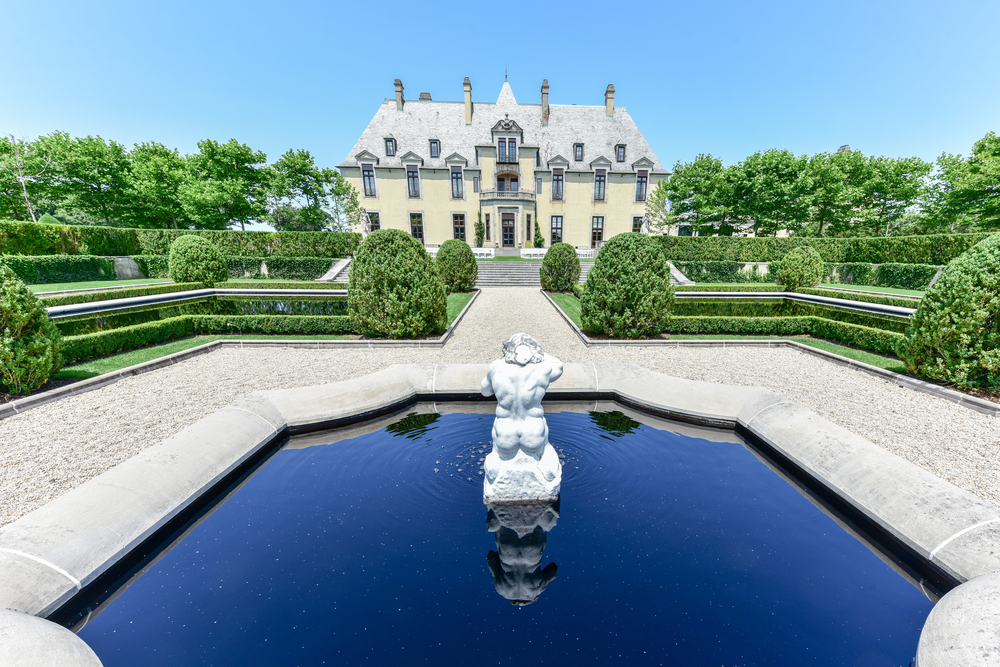 If you've ever been tempted to build your own castle, you might not want to follow the advice of Loveland Castle's creator, Harry D Andrews. After returning from World War I, the devote Boy Scout Leader dedicated himself to building the castle - by hand! He pulled stones out of the Little Miami River; when he ran out of available stones he used milk cartons as molds for cement bricks. Upon his death in 1981 he left the castle to the local Boy Scouts; although there are rumors that Andrews never really left. Instead, there are plenty of reports of his ghost turning up and focusing people's attention when it seems like something might go wrong! 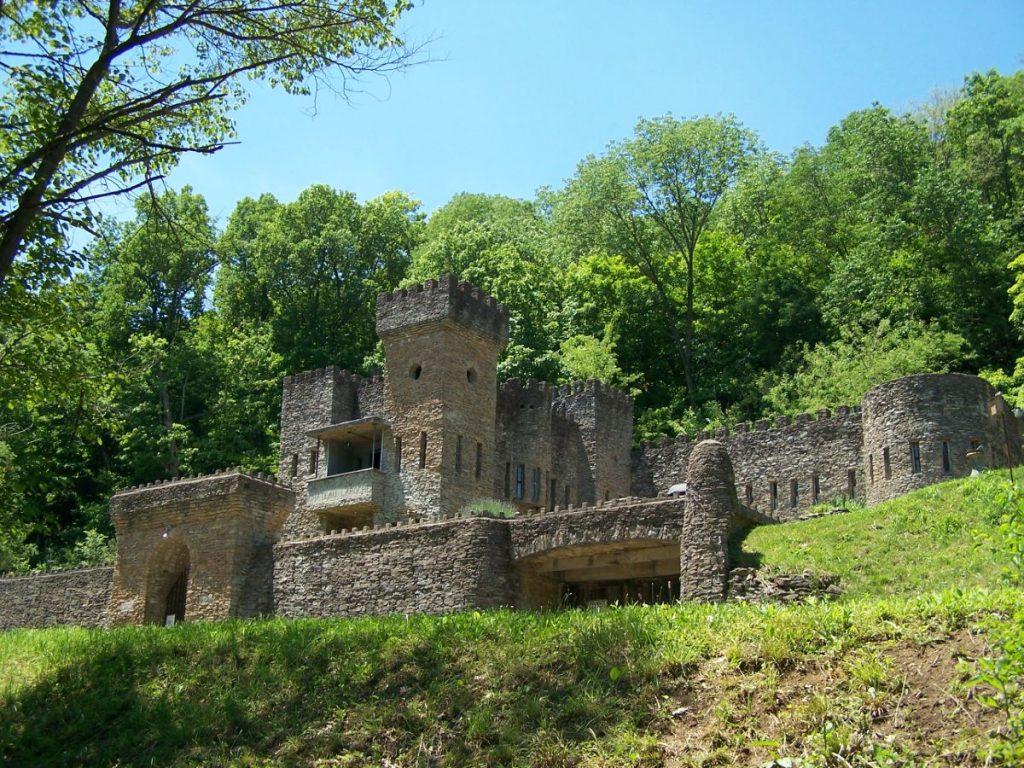 Constructed by the man who brought tabloid journalism to America, William Randolph Hearst originally planned on making Hearst Castle a family home. However, Hearst Castle is more famous for its parties and the incredible array of VIPs who frequented and stayed in the guesthouses. These included George Bernard Shaw, Clark Gable, Winston Churchill, and Greta Garbo. 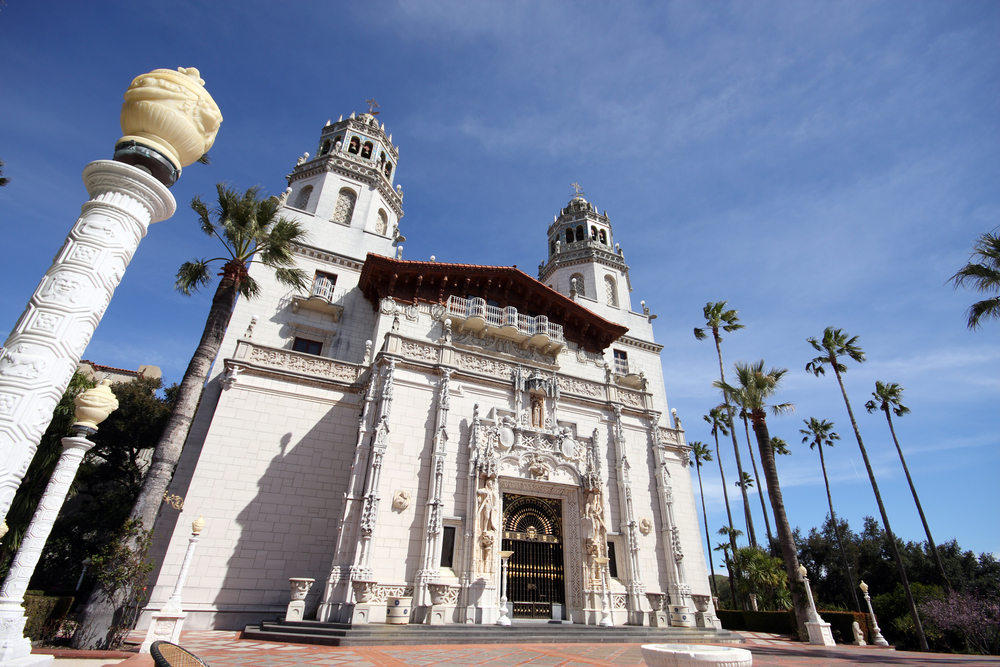 If you ever take a walk through Central Park and stumble across a Gothic castle, just know that you're doing exactly what the park's co-designer wanted. Calvert Vaux commissioned the castle in 1865 and wanted it to be a surprise for people traveling through the park. If it looks familiar to you but you can't quite place it, it might be because, before its renovation, the outside of the building was used as the exterior of Sesame Street's Count von Count's castle.

STDcheck.com offers fast, private & affordable STD testing at over Over 4,500 testing centers nationwide. All tests are FDA-Approved and 100% confidential. 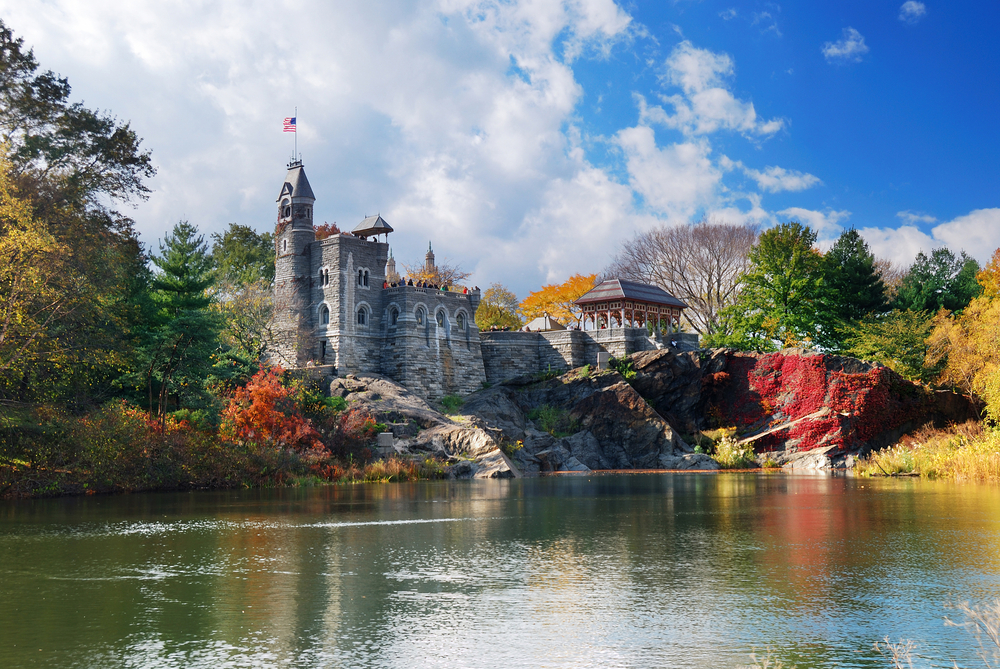