The Best Places to Live in Oregon

Ask anybody who’s thought about it at least once, and they’ll tell you that Oregon is one of the most beautiful states in the country. Pinned between California to the South and Washington State to the North, the Beaver State is a gem of the Pacific Northwest. Although the origins of its name, experts think that it may be based on the French word for ‘hurricane.’ Oregon is known for its mountainous landscape interspersed with luscious forests and beaches. US News also ranks it as the 16th best state in the country.

Portland's slogan is "Keep Portland Weird," and with its organic coffee houses and microbreweries, it certainly gives Brooklyn, NY a run for its money. If you enjoy a green way of life, Portland is a forward-thinking city with dozens of green initiatives on the go at one time. This includes more than 10,000 acres of beautiful public parks. Many also talk about its bustling restaurant scene with plenty of farm-to-table restaurants serving produce from Oregon itself. If you like a city that is populous but not too busy, Portland might just be the place for you. 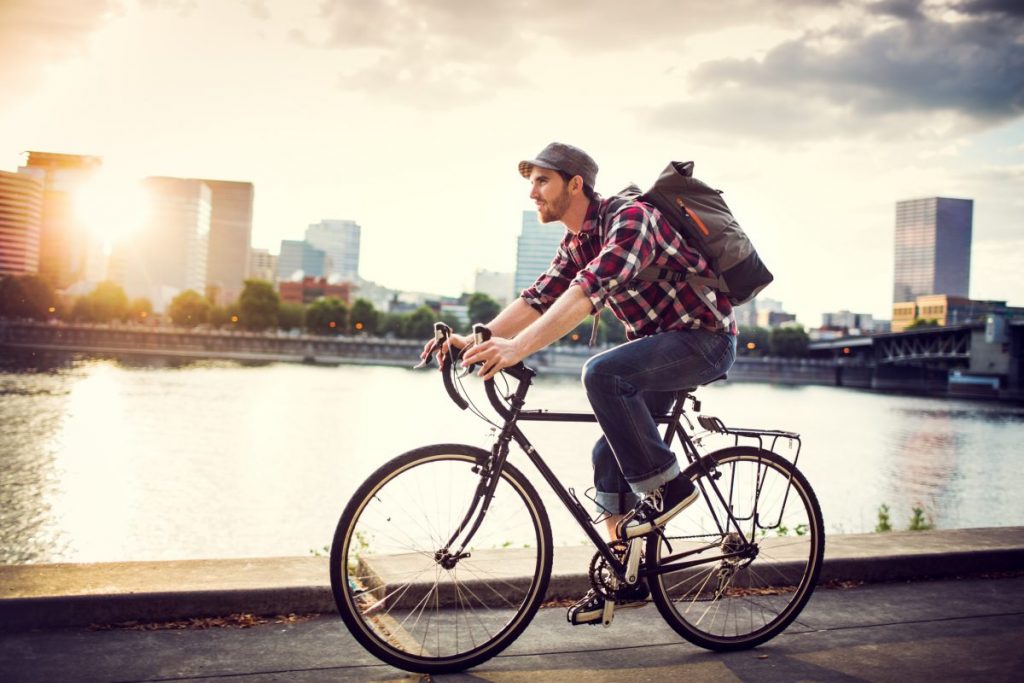 Lake Oswego has been growing in popularity over the last few years. However, it's never lost its small-town charm. Home to just 40,000 residents and the beautiful Oswego Lake, the community is less than 10 miles from the City of Portland. Lake Oswego is a residential community that is ideal for families and those who are ready to settle down. In comparison to its close neighbor, it's also a calm and relaxed place for an equally calm and relaxed life. One can commute to Portland during the week and return for fishing, boating, or hiking at the weekend. Lake Oswego is a safe city with a low crime rate, excellent schools, and surroundings like no other. 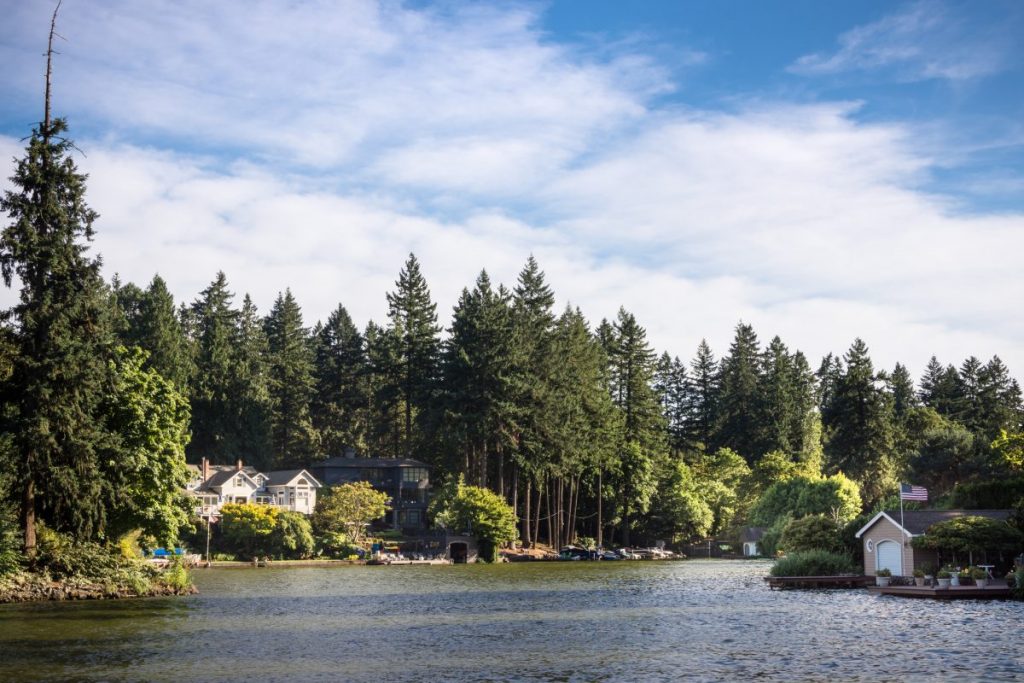 Seated in the high desert in the center of the state, Bend was originally dubbed "Farewell Bend." This was until Post Office officials decided that "Farewell Bend" didn't exactly have a nice ring to it. They settled with Bend. Its location in the Oregon outback provides its residents with much sunnier days than those of its neighboring cities. Bend is also currently seeing a job growth boom, attracting more and more people into this vibrantly small town. 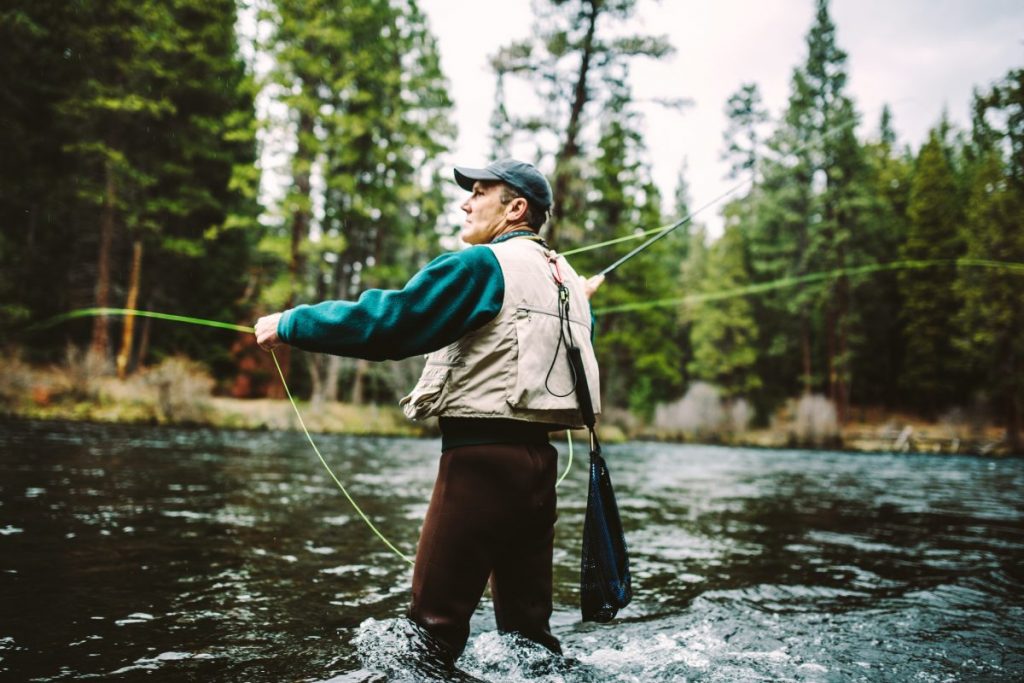 Although another of Portland's suburbs, Beaverton has its own character and unique way of life. Jobs are prosperous, and schools excel making for excellent opportunities for the entire family. As well as Nike and IBM's headquarters being based here, there are also 90 parks and acres of natural areas. Additionally, Beaverton is home to the 30-acre Hyland Woods Natural Area which is an amazing spot for the family dog. 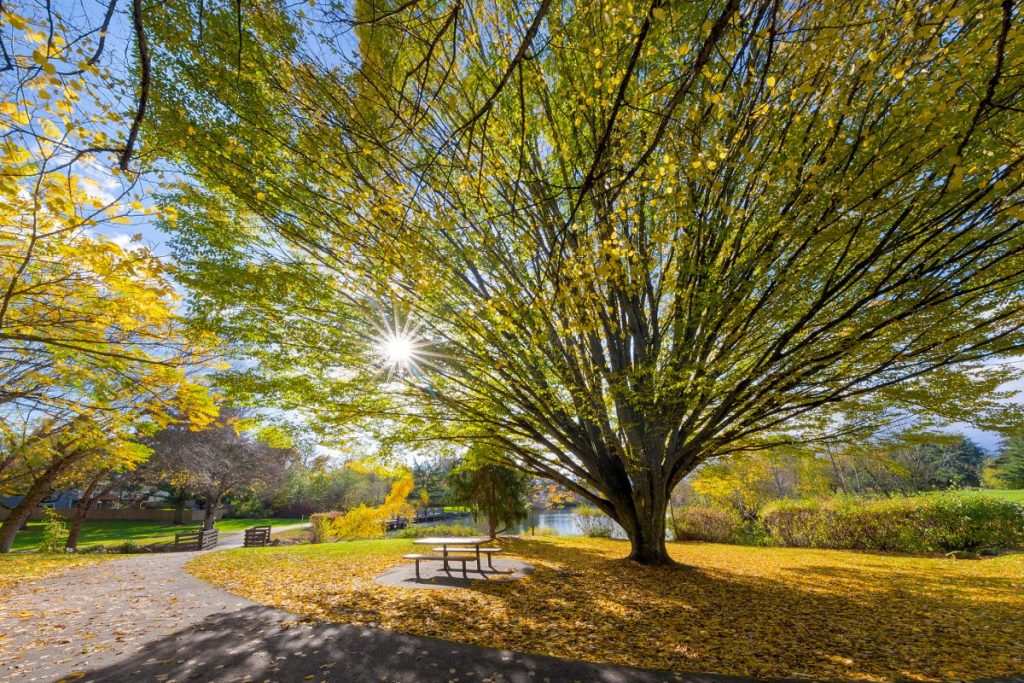 Milwaukie is another Portland suburb that is quickly growing in popularity. As of 2018, it is now ranked 5th on the list of Best Suburbs for Millennials in Oregon. Now, thanks to the welcome construction of the MAX orange line being completed, commuting into Portland from this quaint suburb has never been easier. Milwaukie is also small enough that it has small-town vibes without being too inter-connected. The town is full of independent boutiques, delicious restaurants, and a beautiful library. 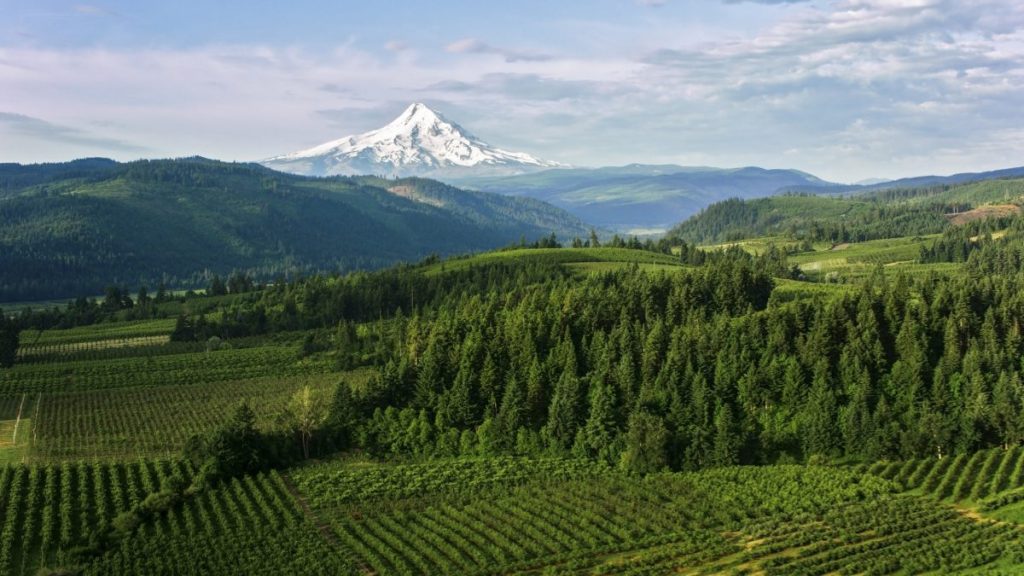 The rural town of Silverton has a decent population of nearing 10,000. Given its safety and high-ranking school choices, it is also a town that skews towards more conservative families. Silverton is, however, an incredible and beautiful small town with an interconnected, friendly community that really helps its residents to feel part of something bigger. If you prefer bigger cities, Silverton may not be right for you. While you can walk everywhere in town, the nearest city, Salem - and its nightlife options - is a required drive away. 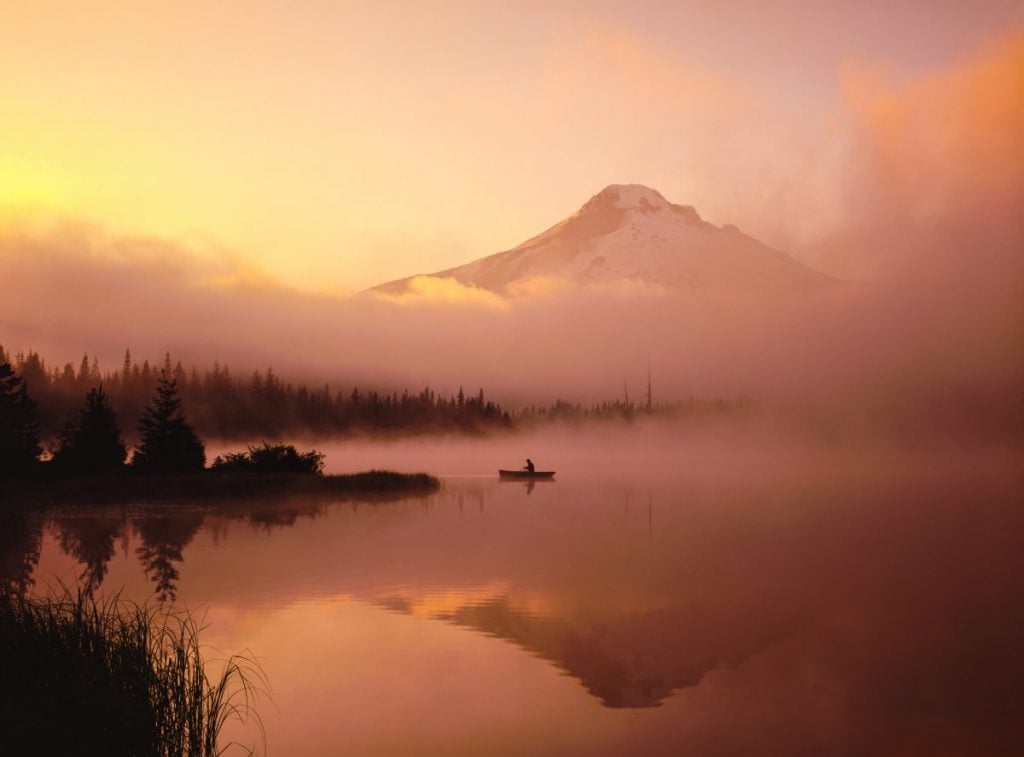 This bustling Portlandian suburb has a population of 27,135 and only seems to be getting bigger. Likely this is due to the fact that it's one of the best places to live in the State of Oregon. Tualatin has a liberal, suburban feel with a low crime rate that makes it excellent for young families. Furthermore, unlike some of Oregon's more rural towns, Tualatin has a higher diversity rating. With plenty of parks and amenities within walking distance and Portland so close by, this is an excellent community to settle. 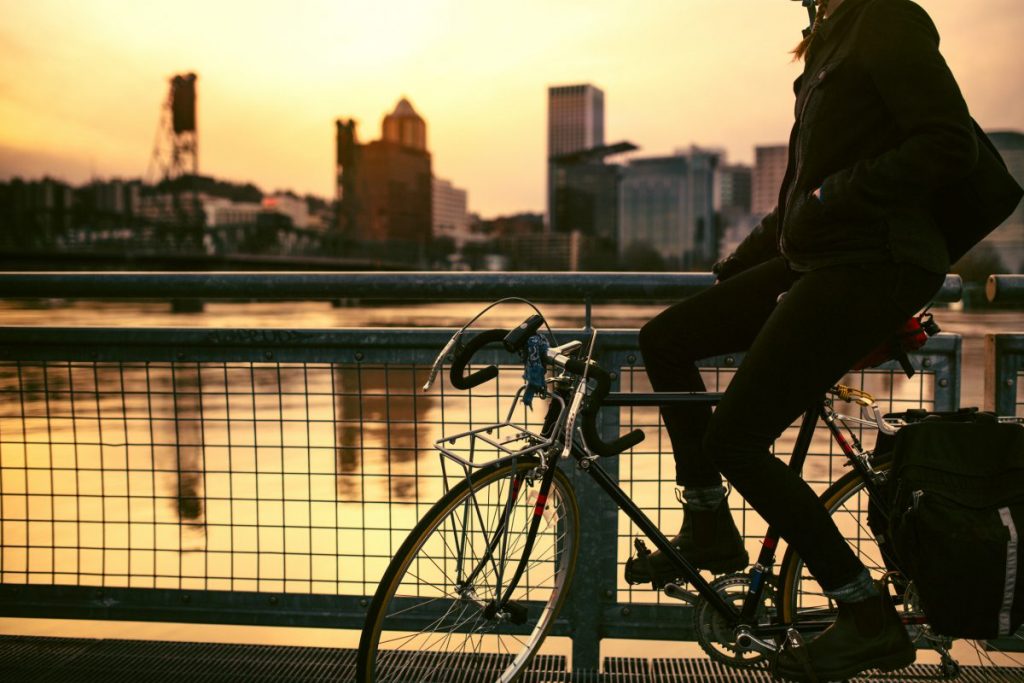 Eugene is the 62nd most healthy city in America. Whether this is due to the mountain air from the hills that surround it or the mix of rural and city vibes, it is a town with growing popularity amongst young professionals. There is plenty to do here, with shopping centers, restaurants, breweries and entertainment options. Eugene is a diverse town. However, it does cater most to the white male demographic. 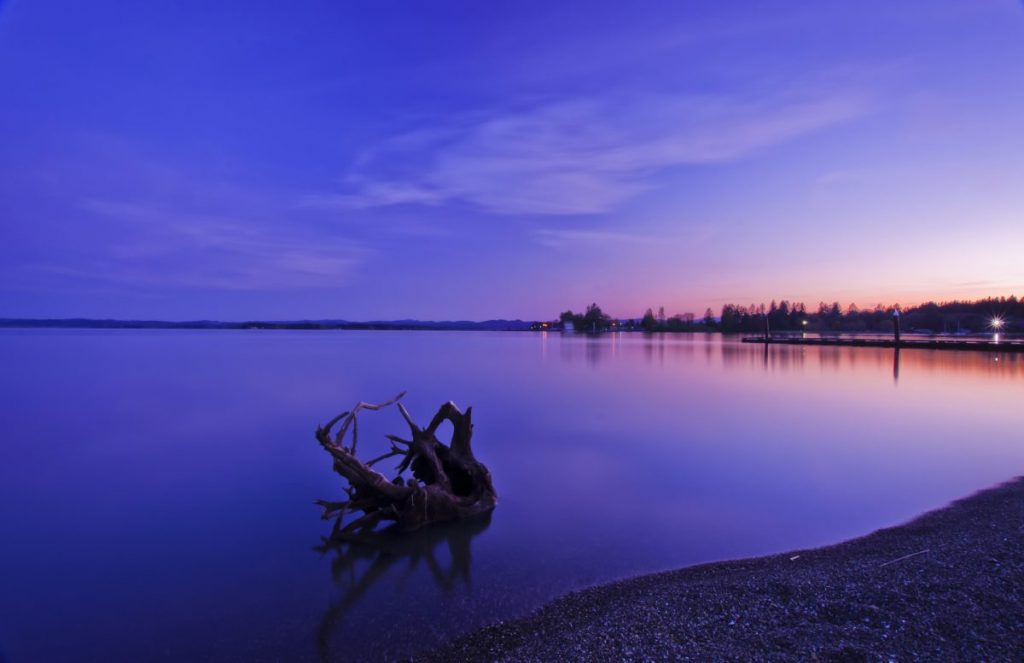 If you live in Portland and are looking to move slightly out of the city, Oregon City could be an ideal choice. Casually mixing a suburban feel with a city feel, there are also rural and historical notes to every street and every walkway. As the city grows, more and more small, independent businesses are opening shops. In spots that used to be occupied by dive bars, there are now cafes, restaurants, and theaters. As far as Portland suburbs go, OC is also a relatively affordable option in comparison to others. 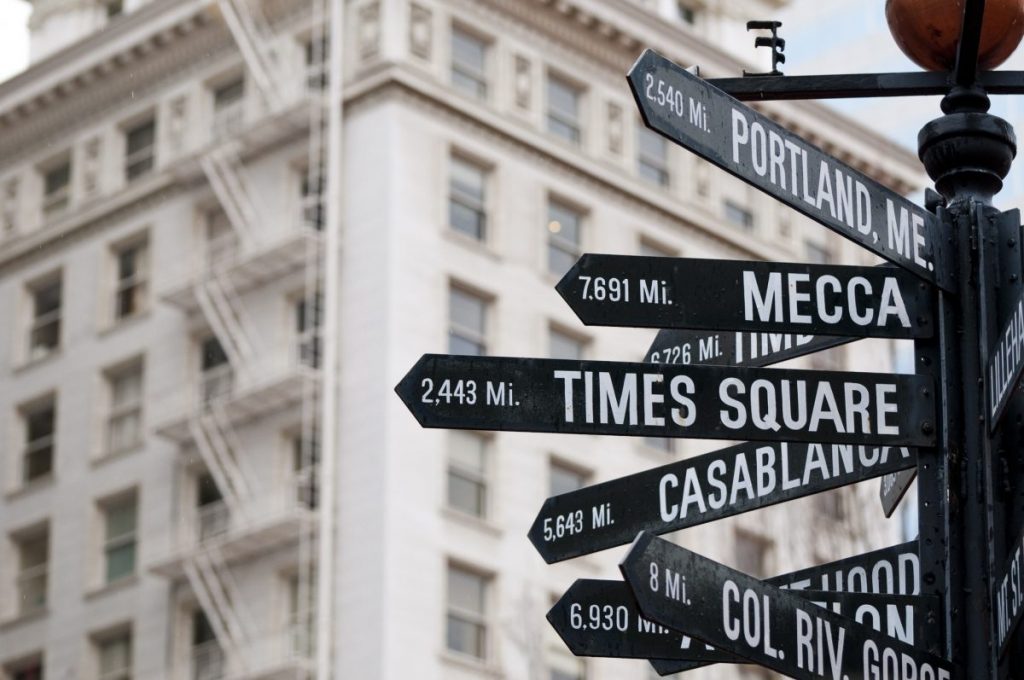 Ranked as the 2nd best place to live in Marion County, Salem has a flowing population of more than 163,000. Only an hour's drive from Portland and two from Bend, Salem also offers plenty of amenities itself. Although not one of the largest cities, the downtown area is littered with restaurants, movie theaters, pools, and parks. Salem also has many vintage and antique stores, giving a similar "hip" feel to Portland without the added "quirkiness." It's a great place to live for those who want to get out of the city but still have options to splash out occasionally. 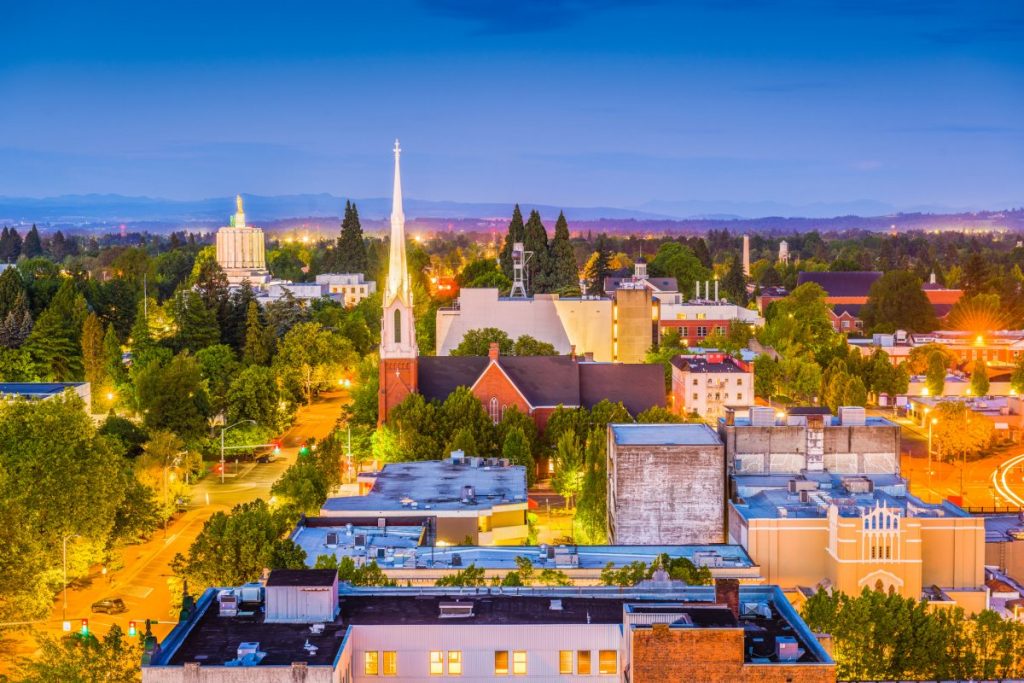