The Best of Lollapalooza

Lollapalooza is a four-day event that influenced the way American music festivals are held today. The musical genres represented range from alternative rock to heavy metal to hip hop and more. Dance, visual performances, comedy acts, and craft booths round out the offerings at this highly attended fest that Perry Farrell of Jane's Addiction founded in the early 1990s. Tickets sell out very quickly for this high-profile event. The best of Lollapalooza throughout the years showcased acts that make the next festival always a highly anticipated one.

Perry Farrell created Lollapalooza to mostly feature alternative rock bands, but other genres were certainly included, even on this first bill of the festival. In 1991, Farrell's group, Jane's Addiction, was close to a breaking up. Trent Reznor of Nine Inch Nails was cutting the group's sets because he was upset with the sound system.

In comes Ice T & Body Count to rock and rap his way to making the crowd go wild, especially with his infamous debut performance of "Cop Killer." 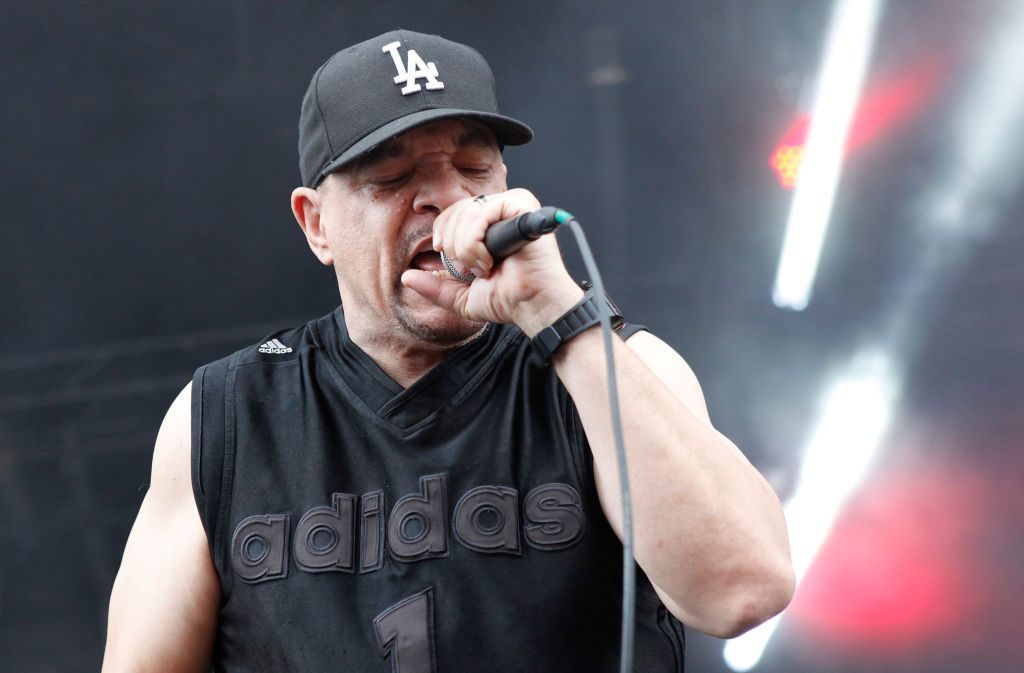 The Energy of Pearl Jam

Lollapalooza in 1992 did highlight alt-rock bands, and Pearl Jam's performance made it especially memorable. The band secured its reputation during the festival's shows as one of the best bands of their generation. Lead singer Eddie Vedder literally put his life on the line to make an unforgettable impression on audiences. He jumped into the crowd and performed antics like climbing and dangling from dangerously high structures as the hordes cheered from below. 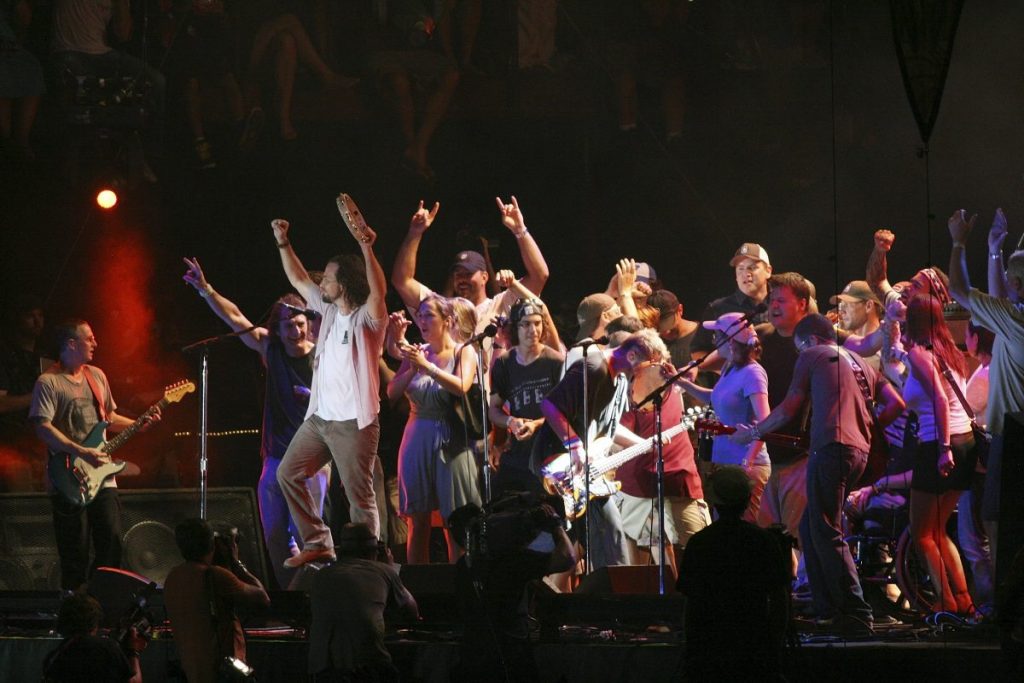 Most festival attendees of Lollapalooza were not hardcore heavy metal fans by any means. Even the festival's founder, Perry Farrell, was against heavy metal hair bands like Metallica playing at Lollapalooza. He's since changed his mind, however. When Metallica hit the stage in 1996, they wowed the crowd with songs like "Until It Sleeps" and "Sad But True." 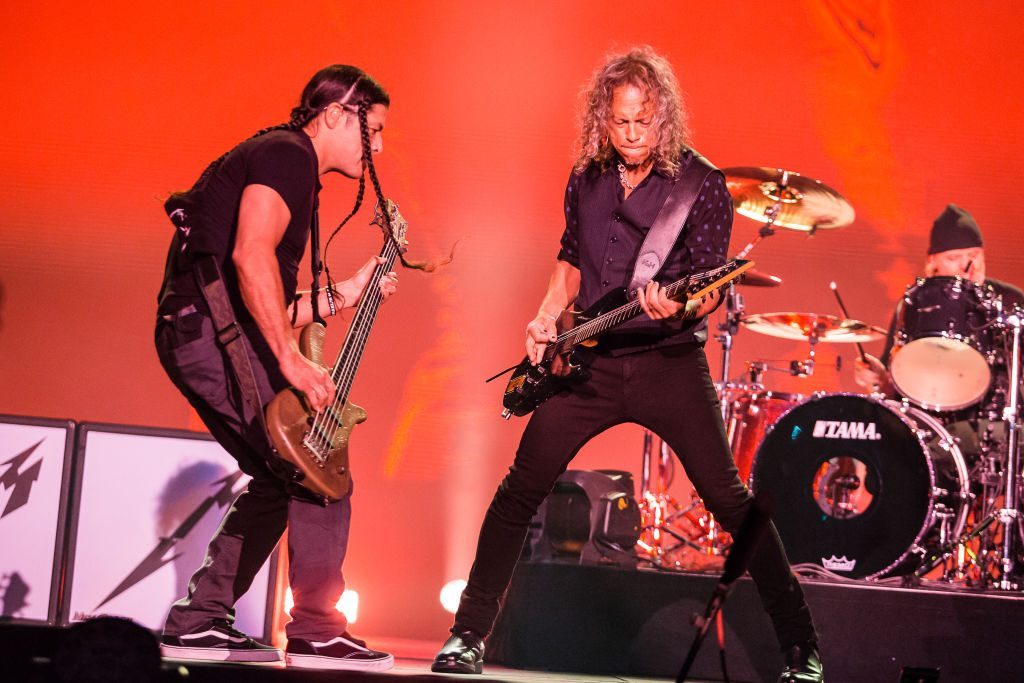 The Year of Electronica

The festival's organizers decided to put more dance/rock hybrid groups on the stage, as the alternative music genre was beginning to change. Most of these electronic music groups are no longer in vogue, but Tool's performance left an indelible mark with their 1997 inclusion in the show. They were theatrical, had dramatic lighting effects and backdrops to display their art-to-metal story.

The songs "Sober" and "Stinkfist" received the biggest reactions from the crowd who barely knew what hit them. 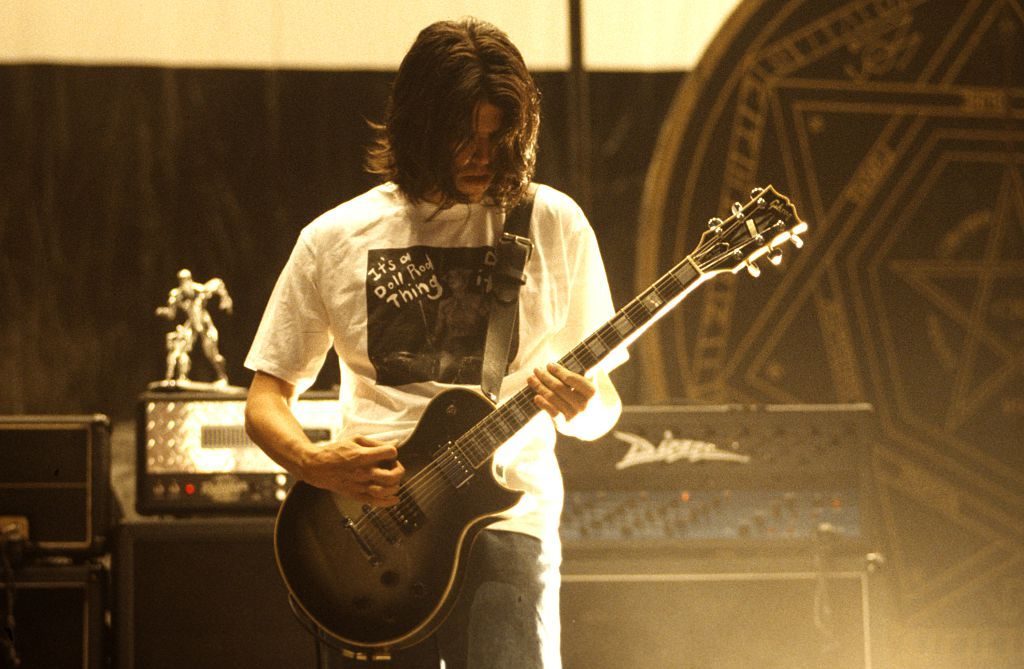 This is the year the festival found its permanent home in Chicago's Grant Park. The bands that played were breaking through to true stardom, such as the highly revered indie rock band favorite, Arcade Fire. Weezer and Widespread Panic filled out the lineup, but Arcade Fire needed no props, elaborate sets or lighting to keep fans on their feet. Their contagious chemistry that year blew away the other bands as they made their way to eventually headlining the festival a few years later. 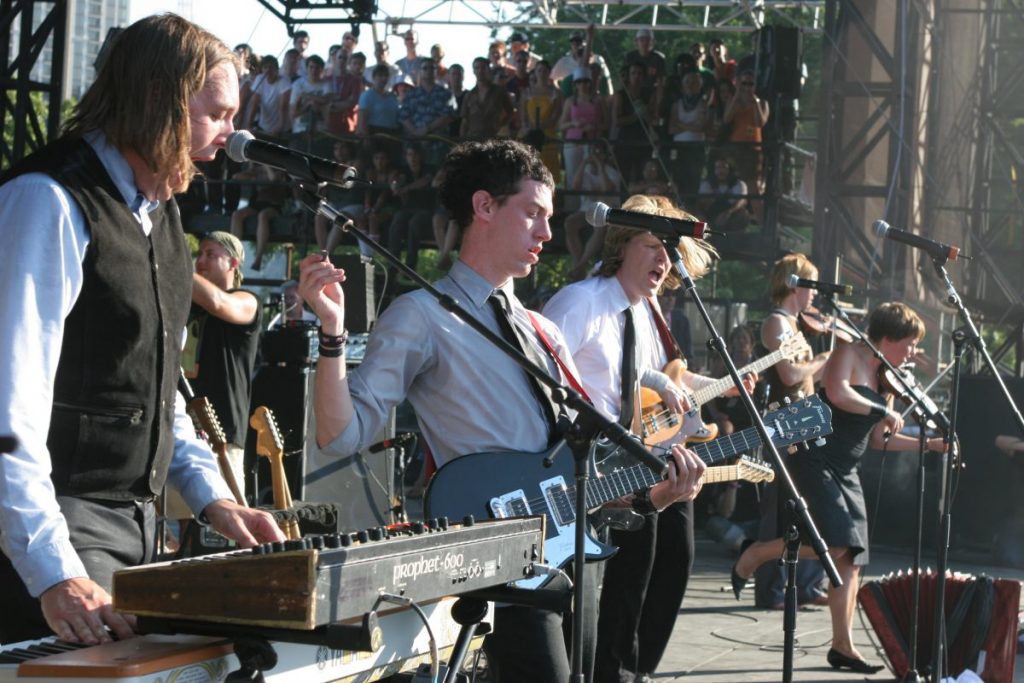 By 2006, Lollapalooza was comfortably ensconced in Chicago. Chicago-based bands like Wilco and Common stepped in, and the Red Hot Chili Peppers headlined the festival that year. It was Kanye West, though, who stole the show with his theatrical antics, hit songs and verbal rants on stage. He invited Chicago guest stars like Lupe Fiasco, Common and Twista to join him for sets, safeguarding a headlining spot for him two years later. 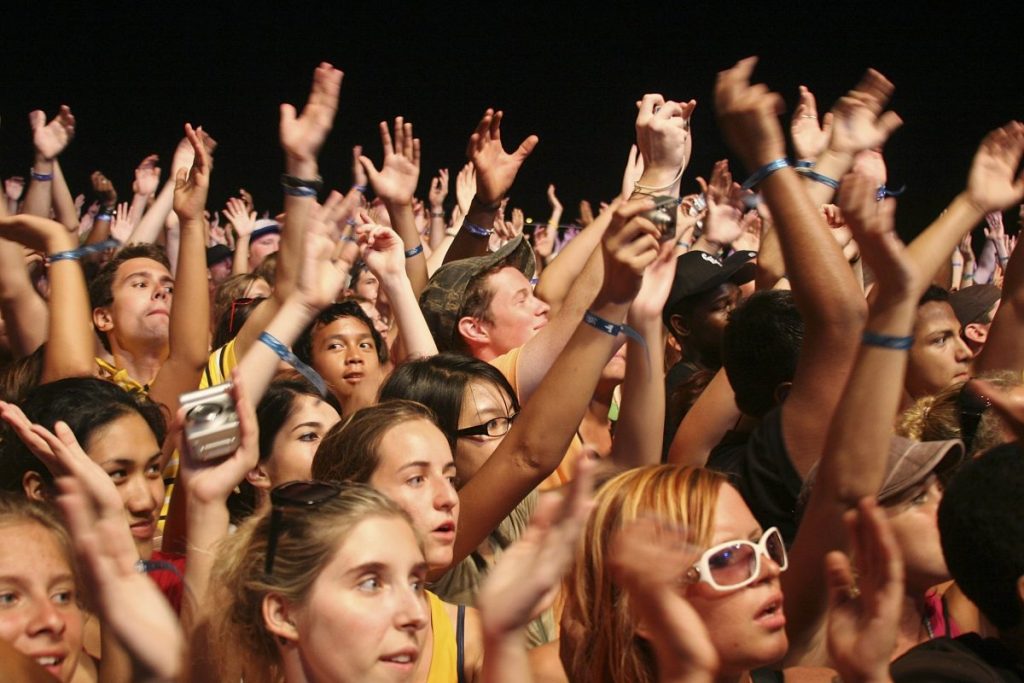 One of Lollapalooza's Most Diverse Lineups

Consider the following lineup of performers at the 2010 Lollapalooza Festival:

There was just about something for everyone, and Lady Gaga, with her sparkler bras and spectacular dancers, was the highlight that displayed her pop excess that the festival was made for. 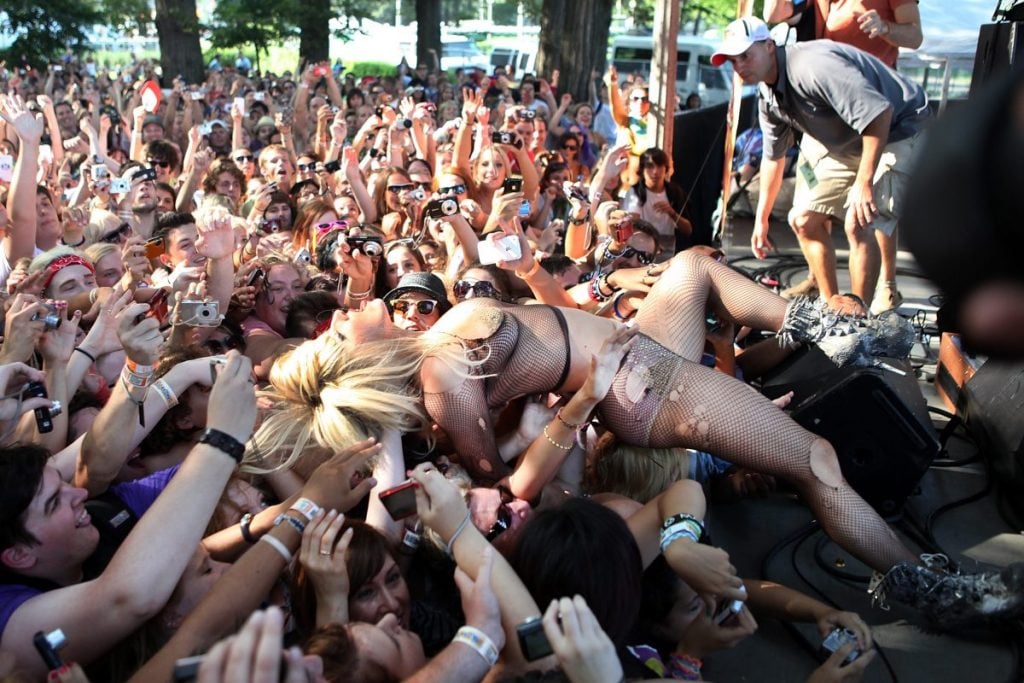 In 2011 the festival went global. Lollapalooza was now also set up in Chile, Brazil, Berlin, and Argentina. Back in Chicago that year, though, Dave Grohl and the Foo Fighters saved the day, powering through a rainstorm with the hits and fun this band is known for. They closed out the festival with a monster set for the 90,000 drenched, mud-caked fans. 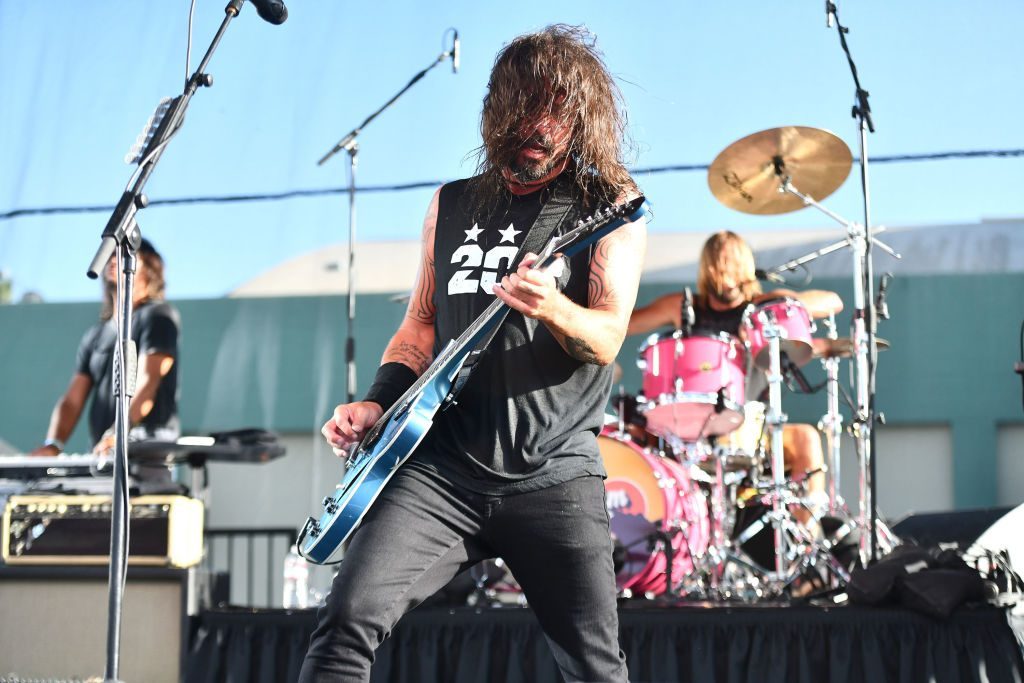 When it comes to iconic rock stars, there's no one quite like Paul McCartney to headline a show. Sir Paul is used to performing three-hour-plus sets during his own shows, so giving him a two-hour time slot at Lollapalooza 2015 was a piece of cake for him. The crowd adored hearing his huge catalog of hits, and you have to admire the man's energy and talent. He moves from bass guitar to piano to guitar with ease. His backing band members are no slouches, either, with Abe Laboriel, Jr. on drums, Wix Wickens on keyboards, Brian Ray and Rusty Anderson on guitar and singing harmonies, your ears almost believe you're listening to The Beatles themselves on stage. 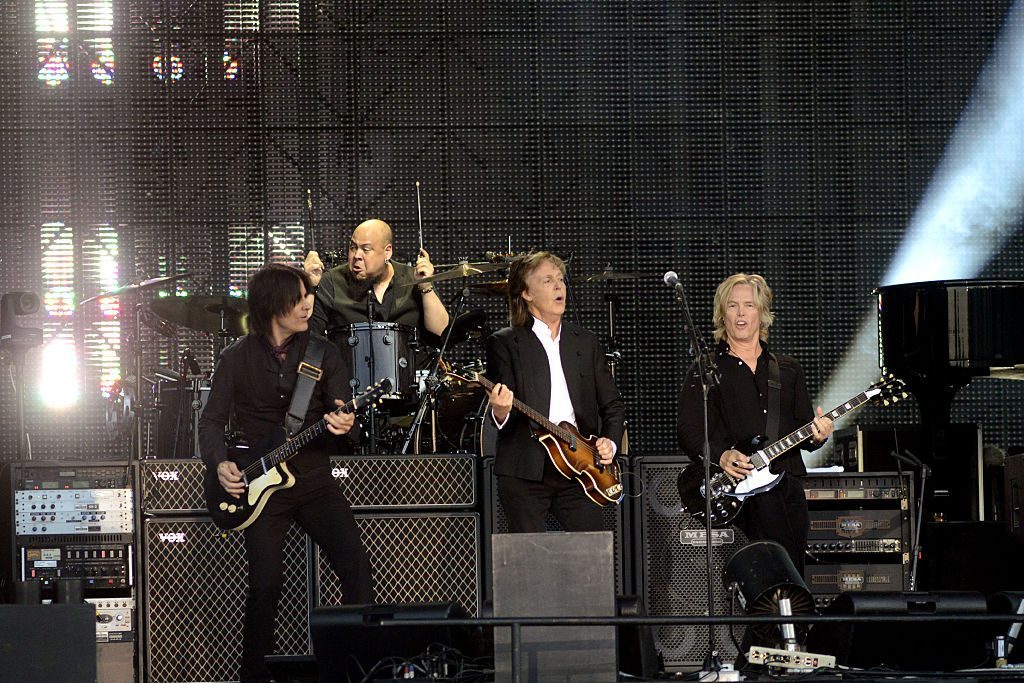 The 2016 Lollapalooza festival marked 25 years of shows. A fourth day was added to the usual three-day fest. The lineup featured alternative rock, heavy metal, punk, rap, and electronic dance music acts. Radiohead and LCD Soundsystem headlined the show, with Thom Yorke focusing less on Radiohead's hits than on the overall feel of the festival. The effect was complete with a pink moon overhead and Yorke slithering with his eyes closed during songs like "Nude" and "Everything In Its Right Place." 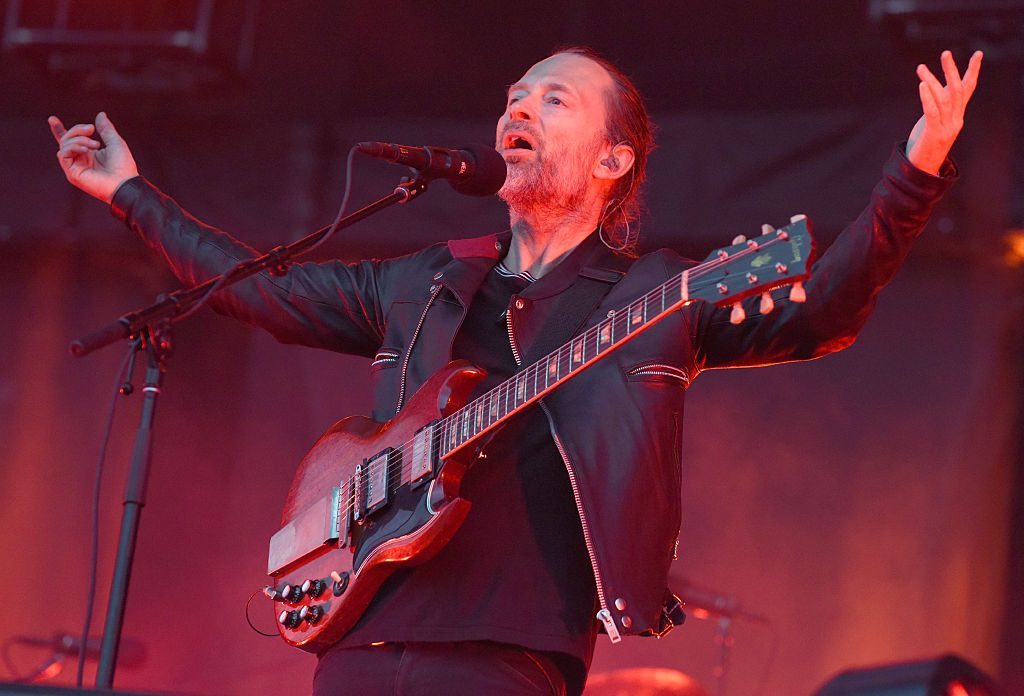