As the capital of Utah and the religious center of The Church of Latter Day Saints, Salt Lake City is a place of history and a place of wonder situated in a high valley of the Jordan River. The astonishing Great Salt Lake lies just to the northwest of the city while the Great Salt Lake Desert stretches to the west. In 1847 Brigham Young led his Mormon followers from their home in Illinois to this wild country that in 1890 officially became the 45th state. Salt Lake City today is a vibrant, modern community worth exploring.

The Beehive House is called that because of the impressive beehive structure on one of the residence's turrets. The beehive appears on the state's coat of arms, which symbolizes the industriousness of the state's citizens. Brigham Young built the home in 1855 to house his 19 wives and 56 children. It served as his headquarters as both Governor of Utah and the president of the Mormon church. 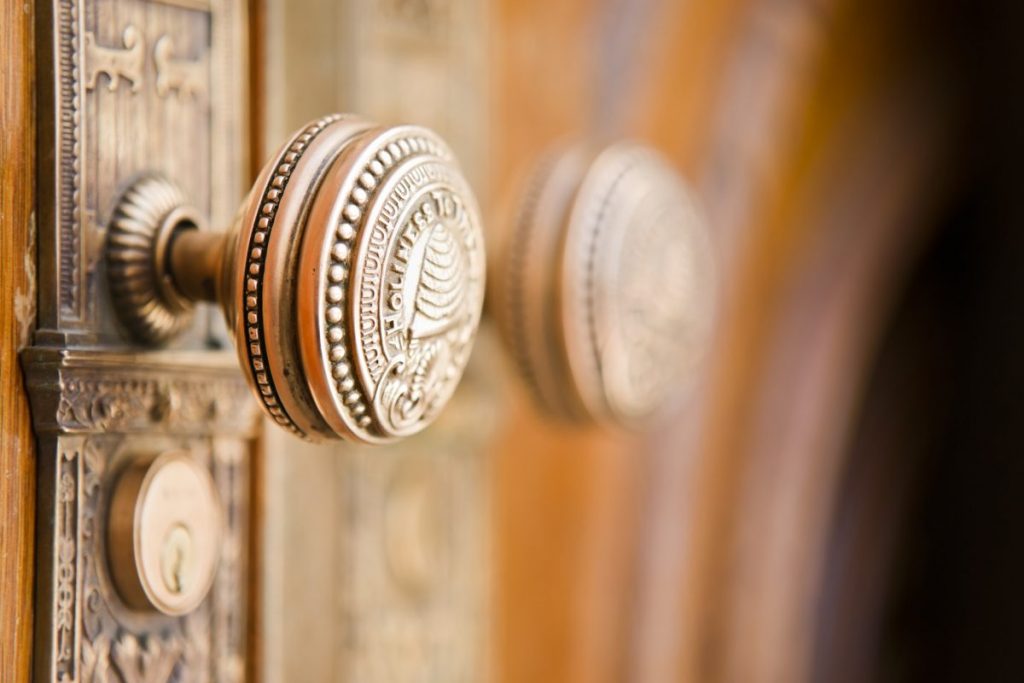 The Tracy Aviary located on the south side of Liberty Park is one of the world's oldest aviaries, opened in 1938. This refuge for birds from around the globe contains a huge variety of fowls. The aviary offers both self-guided and guided group tours of the exhibits as well as sponsoring numerous educational activities for both kids and adults. Check out the Bird Feeder Café where all foods and drinks are freshly prepared in a building created from four used shipping containers. 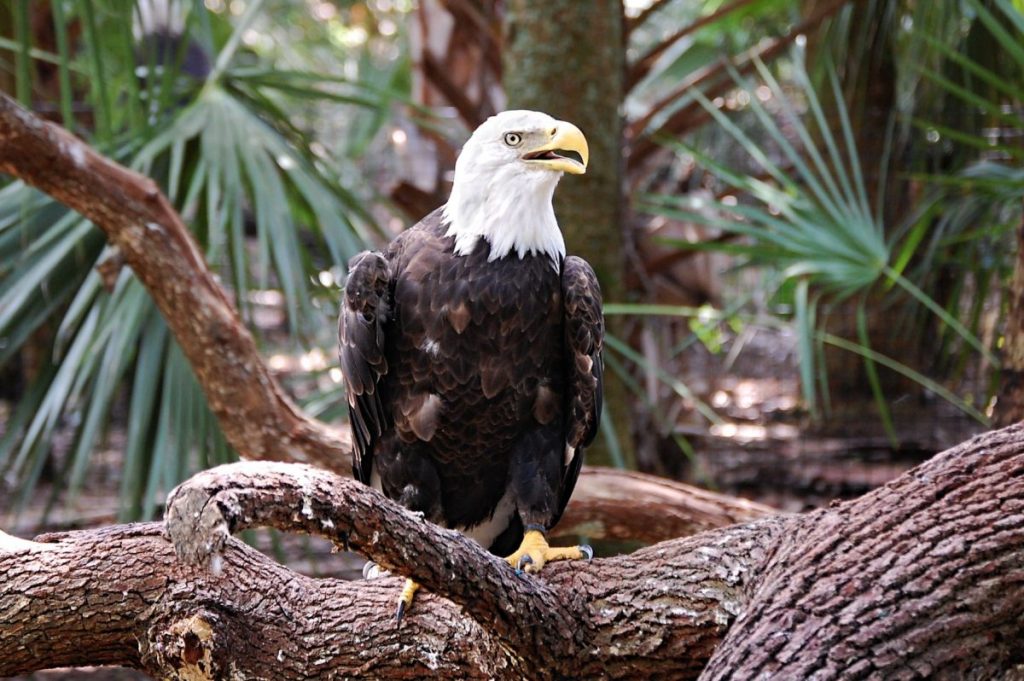 Salt Lake City's second largest park and its oldest is listed on the National Register of Historic Places and contains an assortment of recreational activities, sports fields, and playgrounds, as well as natural wonders tucked inside the park's nature retreat. The park's more than 80 acres features a pond with two islands, a pool and lots of green spaces. 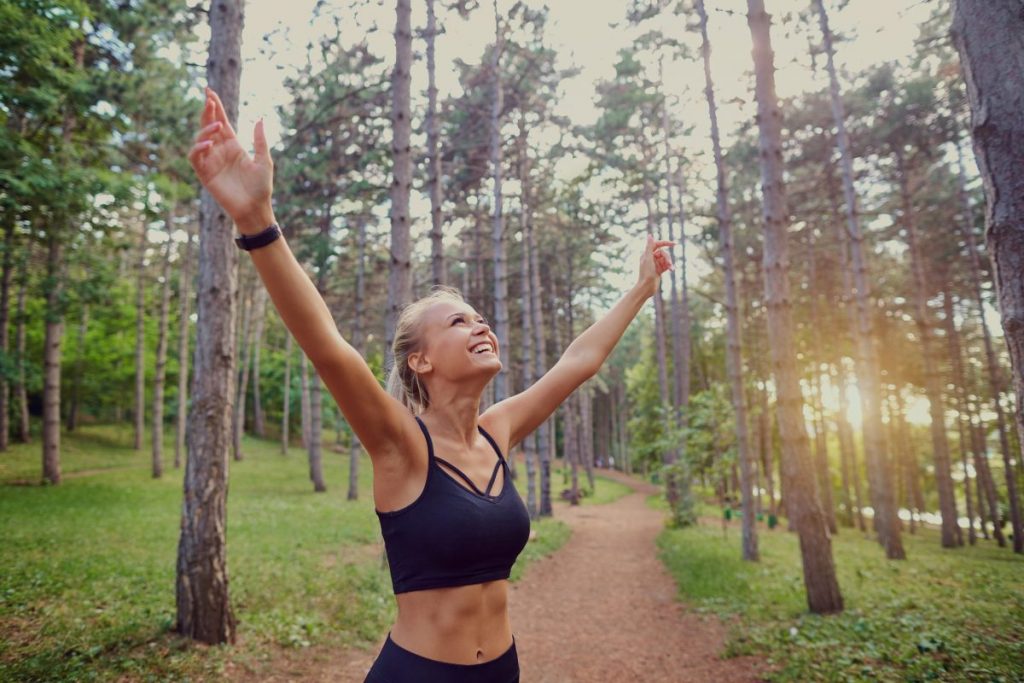 This building was originally built as the Hotel Utah in 1911. Later it was renamed to honor Joseph Smith, the first president of the Mormon Church. The Joseph Smith Memorial Building is located in Temple Square. Here visitors can search their genealogy at the FamilySearch Center or watch the Meet the Mormons films in the Legacy Theater. There are two restaurants, the Nauvoo Cafe, and The Roof and The Garden Restaurants. 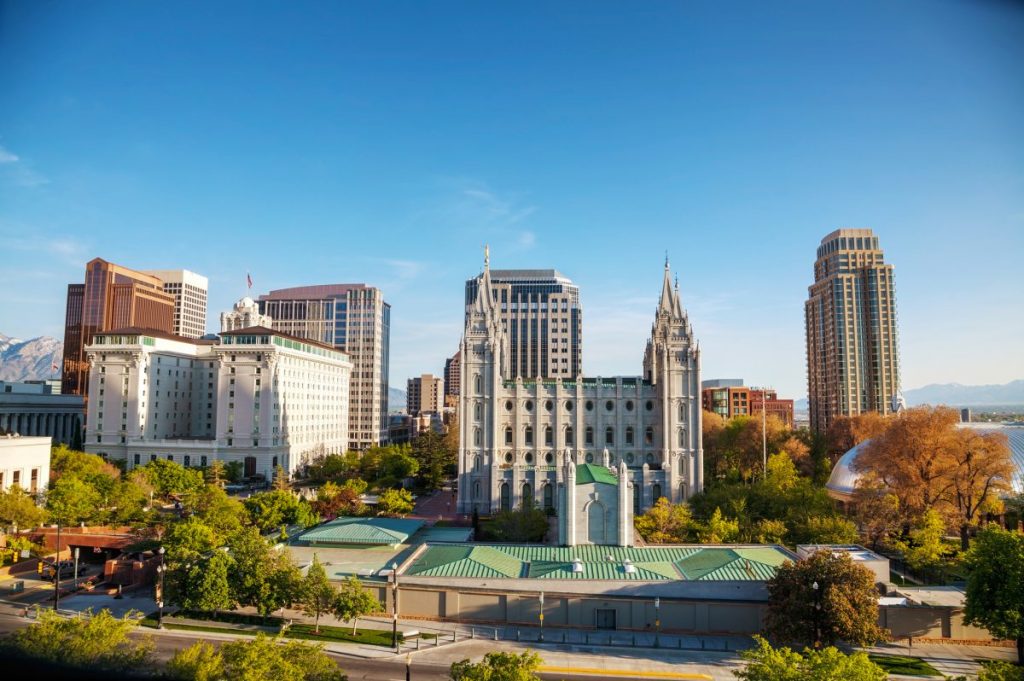 This is the Place Monument

Brigham Young supposedly exclaimed "This is the place!" when he first saw the Great Salt Lake valley stretching before him after the Mormons' 1,300-mile journey to find a new home. Built to commemorate the 100th anniversary of the Mormons' arrival in Salt Lake City, This Is The Place Monument was created in 1947. Here visitors also find a living history museum called Old Deseret Village that resembles a modest Mormon community of the early years. 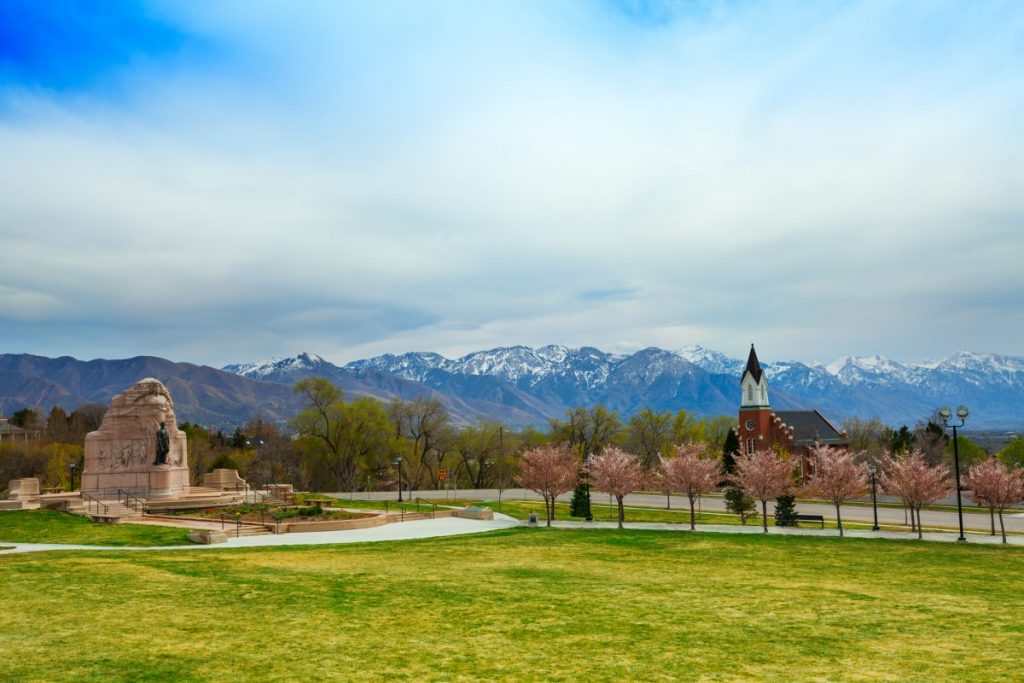 This is where the internationally-famous Tabernacle Choir performs before crowds of up to 6,500 people. The west end of the massive gallery is the Tabernacle Choir's legendary grand organ, which has 11,623 pipes. The Tabernacle's dome rests on 44 sandstone pillars and is renowned as one of the most acoustically sensitive music halls in the world. A pin dropped at the pulpit is clearly heard all the way to the back of the hall, a mere 170 feet away. 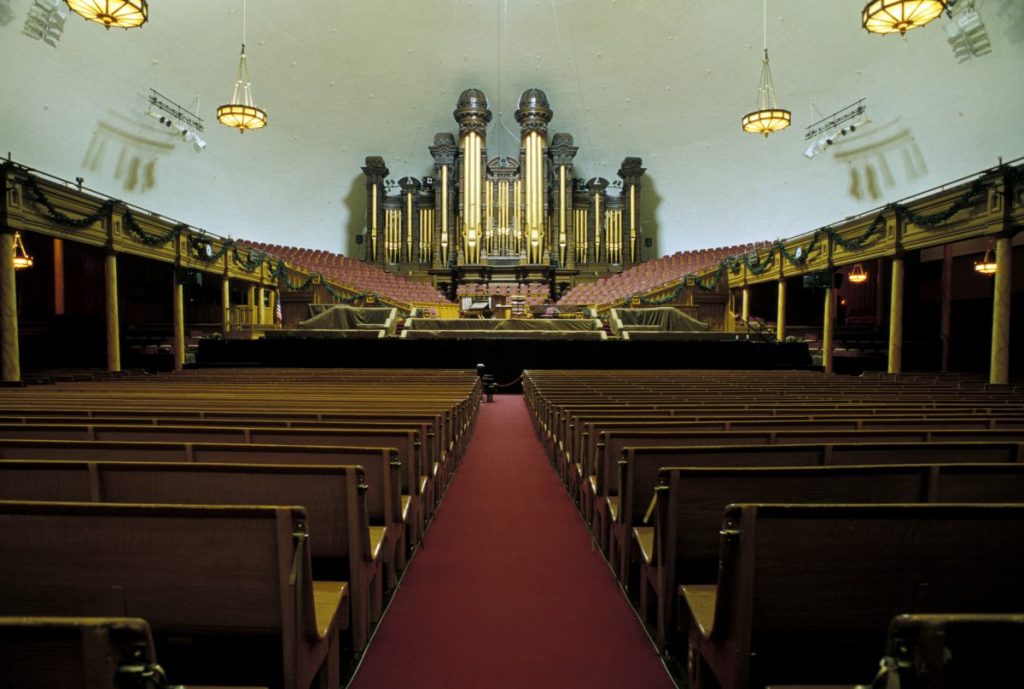 The Neo-Classical domed building sits on a rise that is nearly 300 feet above the rest of the city in the celebrated Marmalade Historic District. Here you will find the heart of Utah politics because the capitol contains the House of Representatives, Senate, and Supreme Court of Utah. Inside visitors marvel at the marble rotunda and the Golden Room where the governor holds receptions. 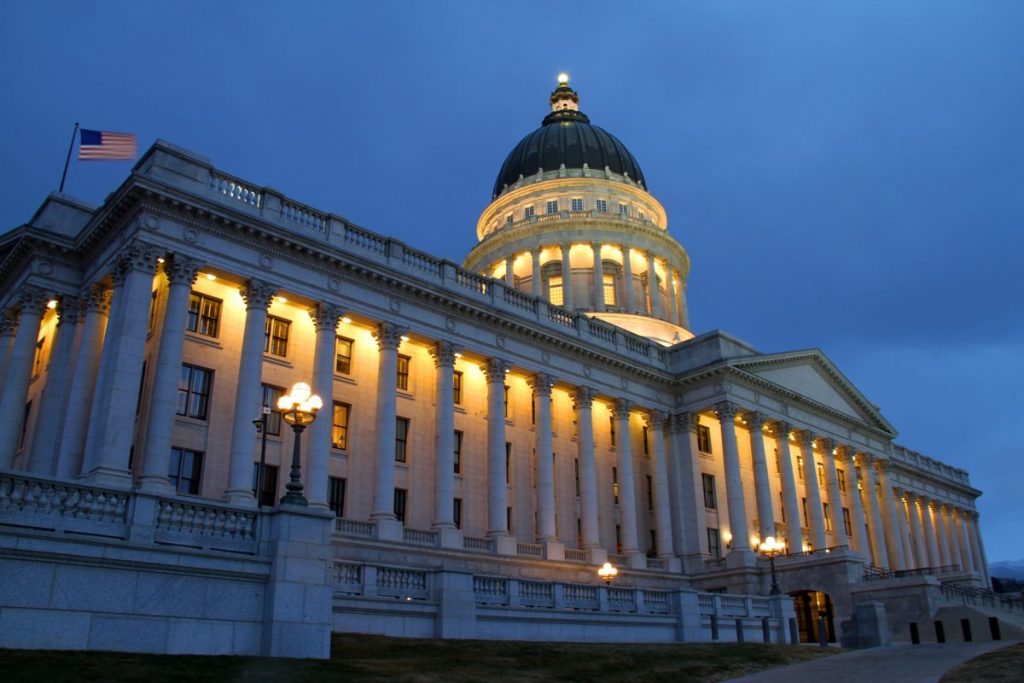 The Mormon Temple is a fascinating piece of architecture that took some 40 years to complete. But only Mormons may enter the Temple. However, the building is impressive from the outside. Made of granite and featuring three huge towers, the highest tower at the east end of the Temple has a 13-foot high gilded statue of the angel Moroni. 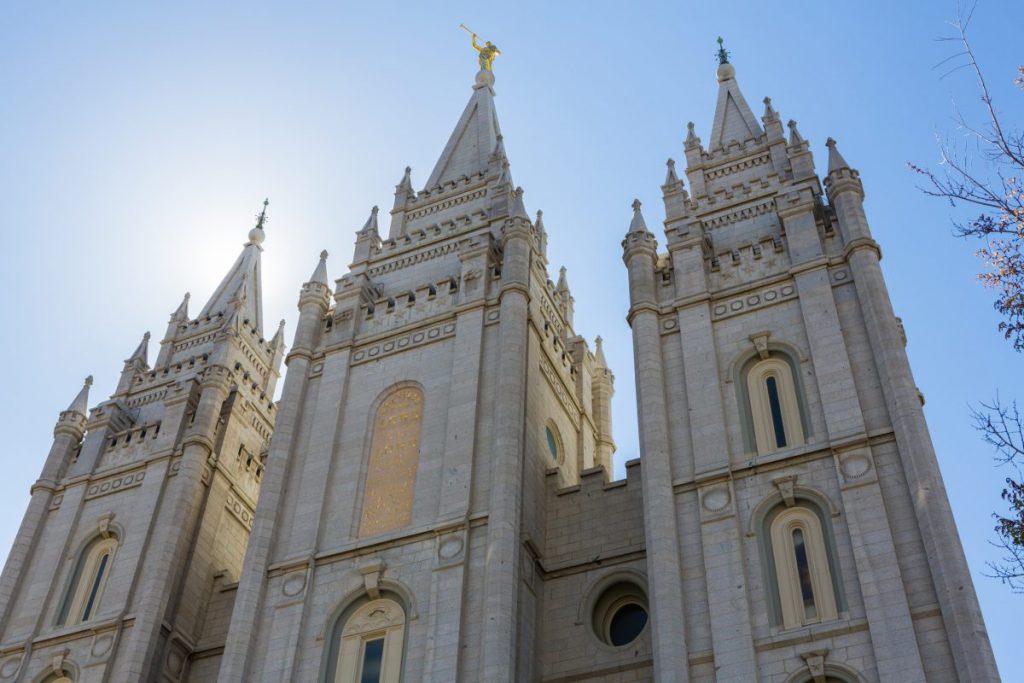 When the Mormons first settled Salt Lake City they used the Temple Square as the center of a bold grid plan that still defines the modern layout of the city. This is the holiest of places for Mormons. Here is found the Mormon Temple, the Mormon Tabernacle, the Temple Annex, the Assembly Hall, and several other monuments. But don't worry about getting confused on this ten acre-square because there are numerous information centers where visitors can learn the history and creed of the Mormon faith. 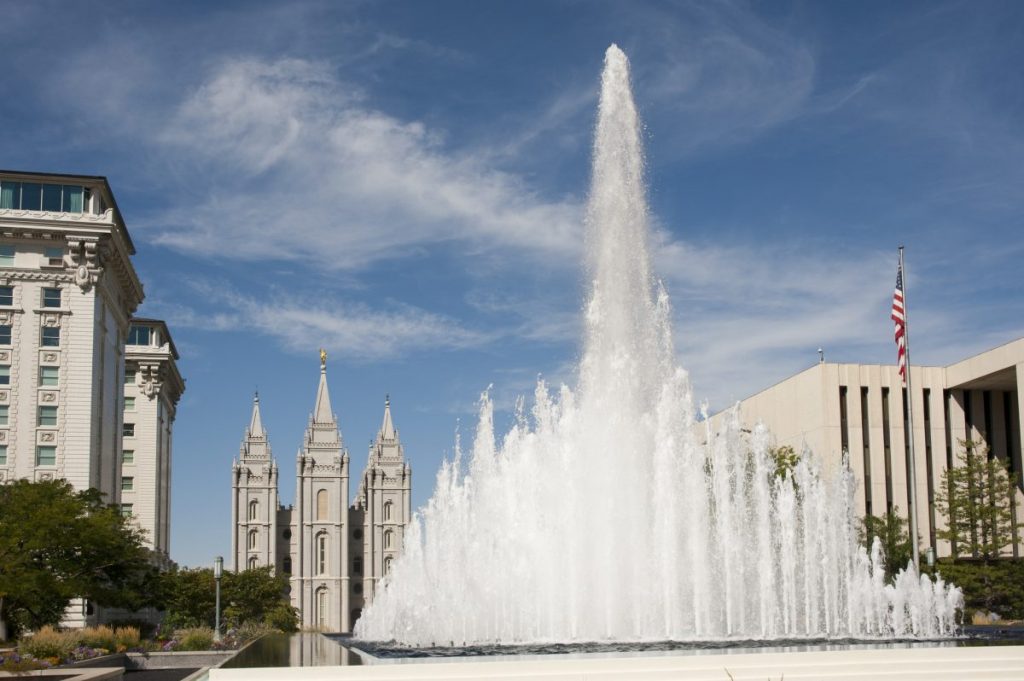 Where to Stay in Salt Lake City

Salt Lake City features a wide range of lodging accommodations ranging from luxury hotels to budget lodges. For luxury, try the Grand America Hotel located just a short walk from the Temple Square. The Hotel Monaco and the Salt Lake City Marriott City Center also put visitors close to the downtown venues. There are a few mid-range hotels such as the Hilton Garden Inn located near downtown but not far away is the University Guest House that offers a free shuttle to attractions across the city. For skiers, the best bet is Home2 Suites by Hilton located near the ski runs. The frugal visitor will find good but inexpensive rooms near Temple Square such as The Comfort Inn, the Crystal Inn Hotel & Suites, and the Metropolitan Inn, which are all pet-friendly. 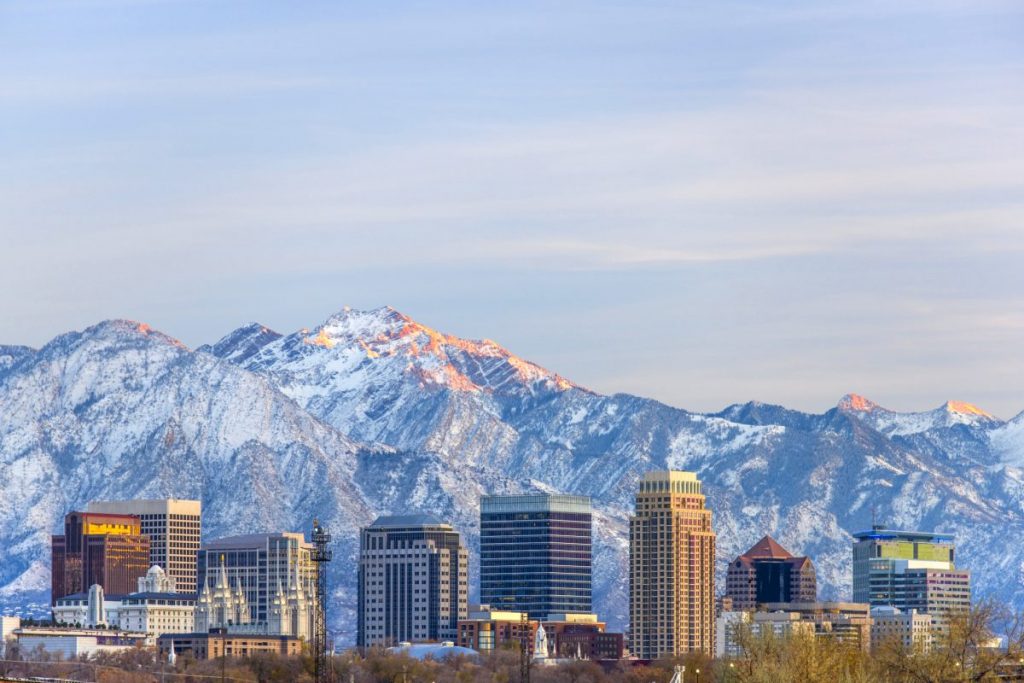