The 10 Best Things to Do in Santa Barbara

The county seat of Santa Barbara County, the city of Santa Barbara, is a popular California tourist destination that has much to offer visitors in the way of natural, historic, and cultural attractions. Santa Barbara boasts a Mediterranean-like climate thanks to its position on the Pacific Ocean and near the Santa Ynez Mountains. Located about 90 miles from Los Angeles, Santa Barbara is situated on a stretch of the sea that has been called the American Riviera. If you want to enjoy a postcard-worthy setting, you’re sure to love Santa Barbara and its must-see attractions.

When spending time in downtown, be sure to head over to Stearns Wharf located at the sea-end of State Street. Constructed in 1872, the wharf boasts incredible views of the harbor as well as the city’s mountain backdrop. When visiting the wharf, be sure to check out its specialty shops. There’s also a branch of the Santa Barbara Museum of Natural History located there. Many people visit this attraction to enjoy one of its popular lunch spots or ice cream shops. 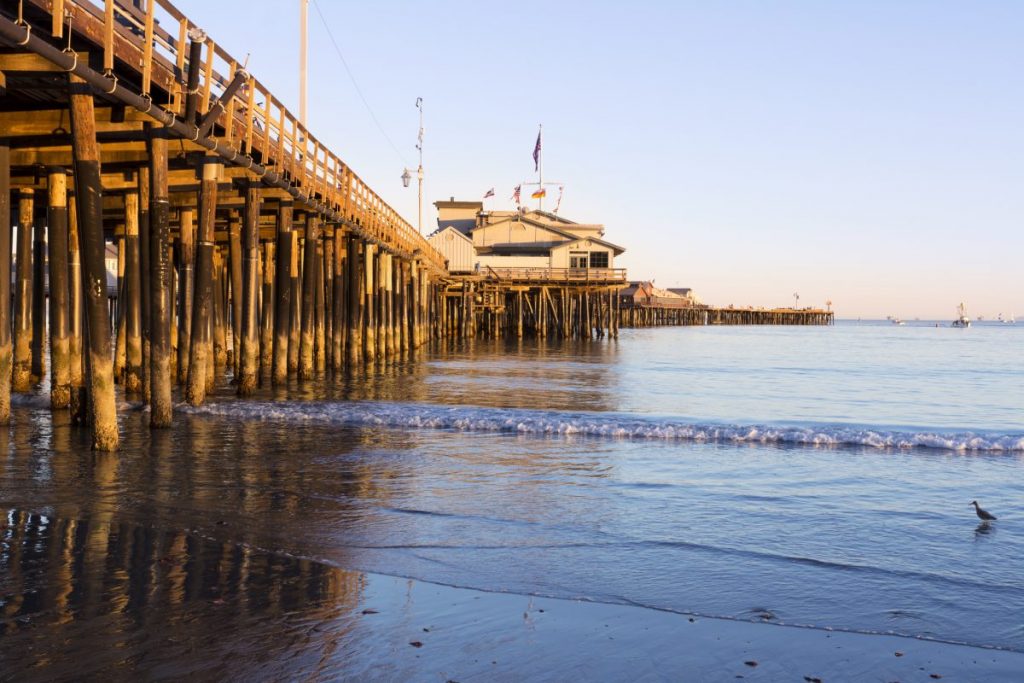 The breathtaking Pacific Ocean is easily one of Santa Barbara’s most spectacular natural attractions. Head to beautiful East Beach to do some beachcombing or to catch some sun rays. Many city residents avow the East Beach is the city’s best stretch of coastline, but you’ll be able to judge for yourself when you visit. If you’re looking to hang out outdoors, be sure to visit East Beach to enjoy its tranquil atmosphere. 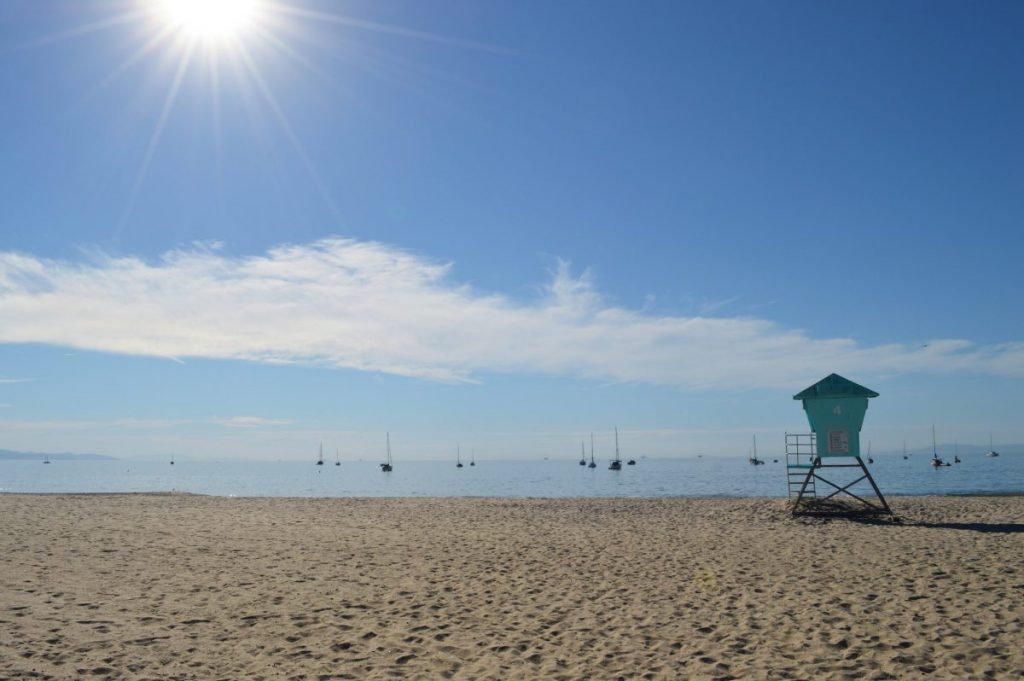 With more than 300 shops and restaurants, State Street is a popular Santa Barbara area that attracts both visitors and locals alike. The street cuts through the city’s downtown region and boasts a vibrant and welcoming ambiance. As you explore the sites of the street, you may also want to check out some of its theatres and art galleries. This rich cultural center is a must-visit destination—particularly if you want to hunt for memorable souvenirs of your visit. 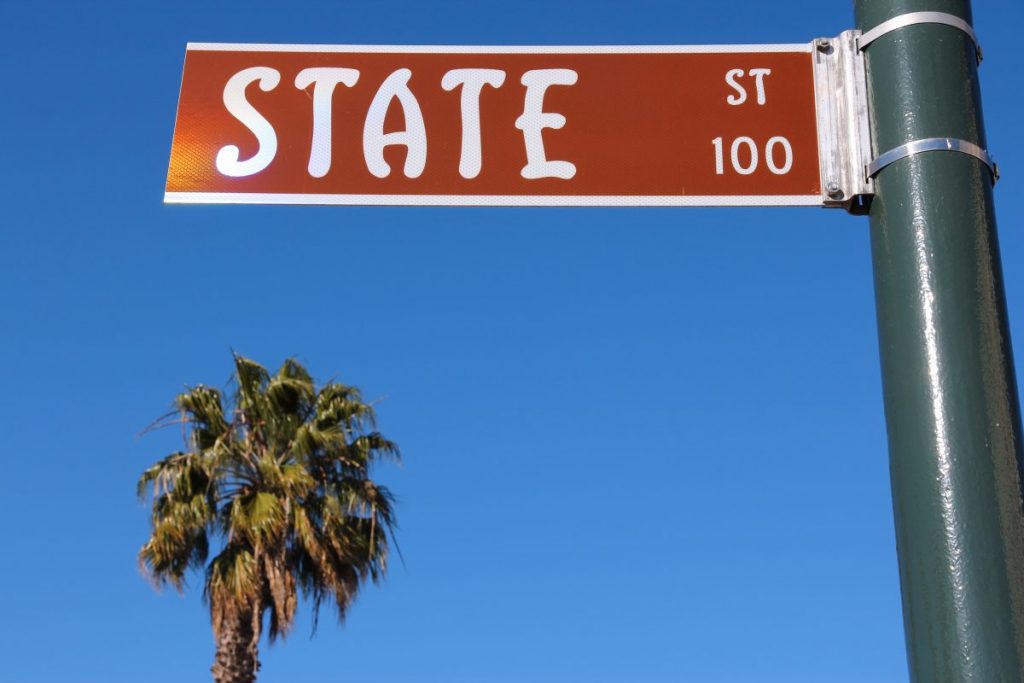 Situated on 30 acres, the Santa Barbara Zoo is located on a hill that boasts spectacular views of the Pacific Ocean. Although smaller than many other California zoos like the renowned San Diego Zoo, the Santa Barbara Zoo is highly respected for its diverse array of creatures on display. Come face to face with animals like Asian elephants, snow leopards, and lowland gorillas. There are also lots of family-friendly activities at this zoo such as its giraffe feeding station and zoo train. When visiting the city, be sure to check the zoo’s schedule to find out about special events that take place at various times throughout the year. 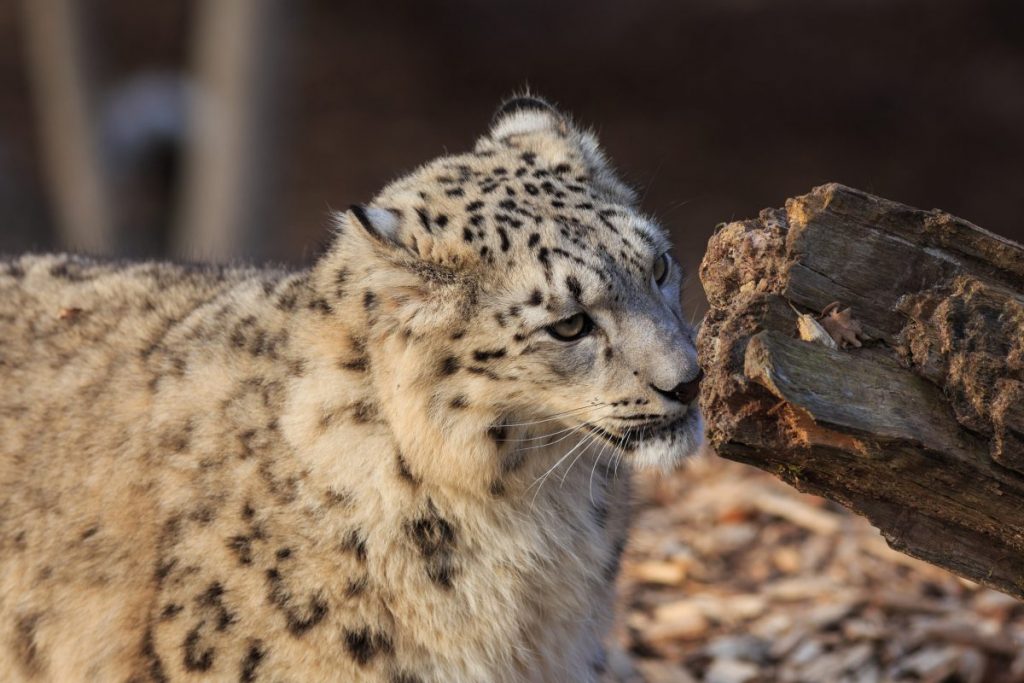 The Santa Barbara Maritime Museum celebrates the city’s nautical history. When visiting, you can expect to find exhibits about the Chumash Indians, fishing, surfing, the Channel Islands, and even model ships. If you’re visiting with kids, you’ll be pleased to know that the museum features fun activities for them like scavenger hunts. Be sure to head up to the museum's observation deck so you can take photos of the spectacular ocean views. 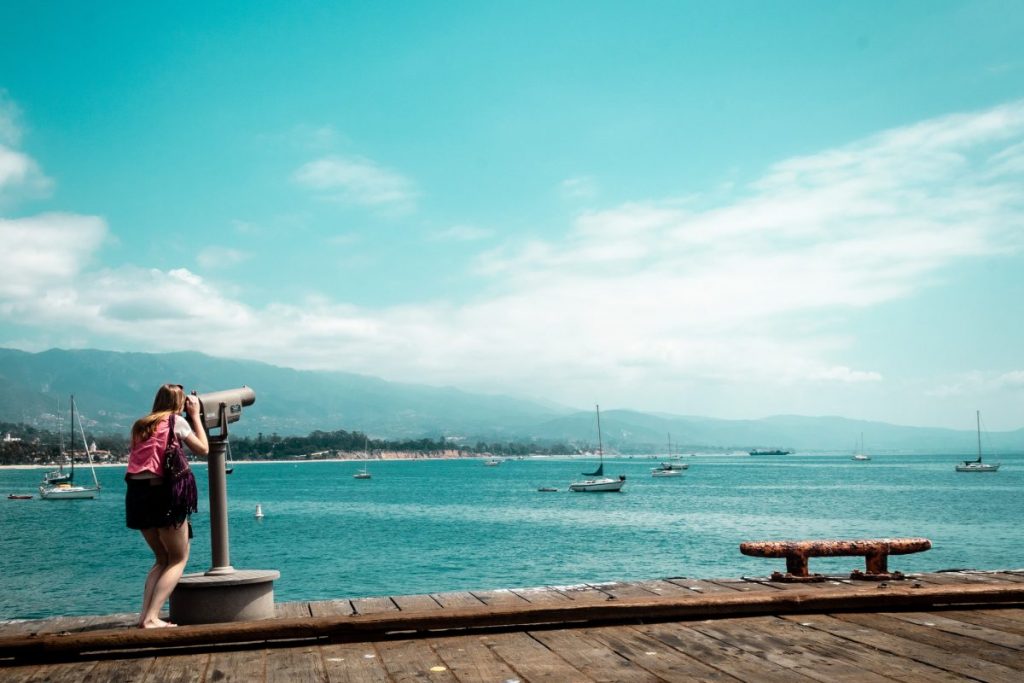 Mission Santa Barbara has been referred to as California’s “Queen of Missions.” This graceful site is one of the city’s most celebrated historic landmarks. Founded in 1786, the mission continues to be operated by Franciscan friars. Famous for its Spanish Colonial architecture and sculptures, this mission is a must-see cultural attraction. 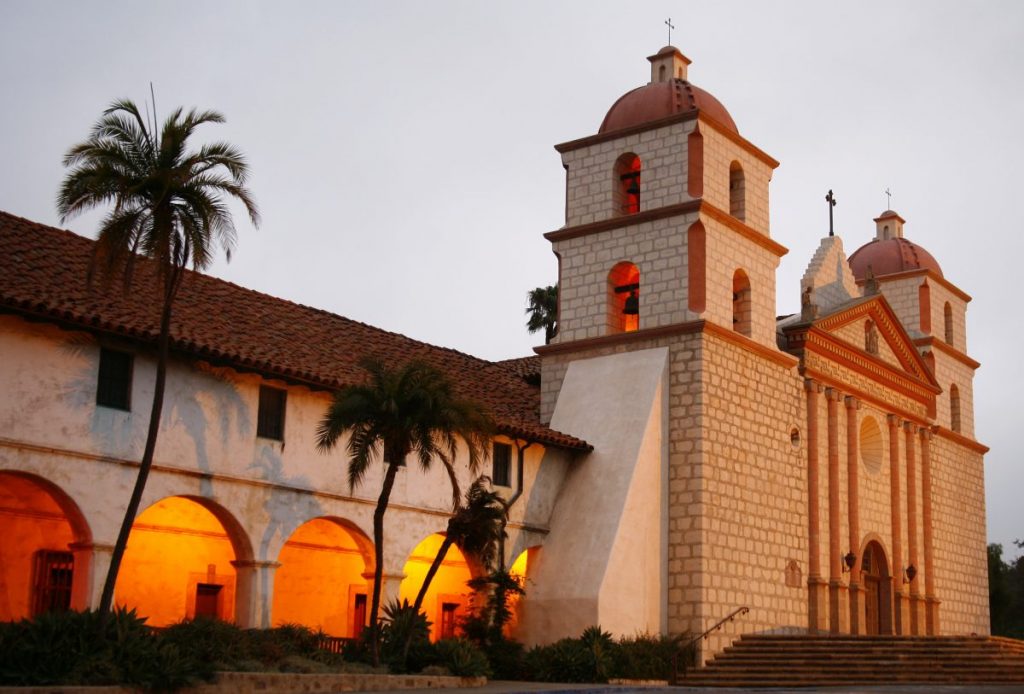 Santa Barbara features 78 acres and 5.5 miles of hiking paths. The botanic garden features more than 1,000 types of plants that are native to California. Some of the garden’s highlights include its redwood grove, its Mission Dam and aqueduct, and its Japanese tea garden and tea house. Be sure to explore the lovely wildflower meadow when visiting too. 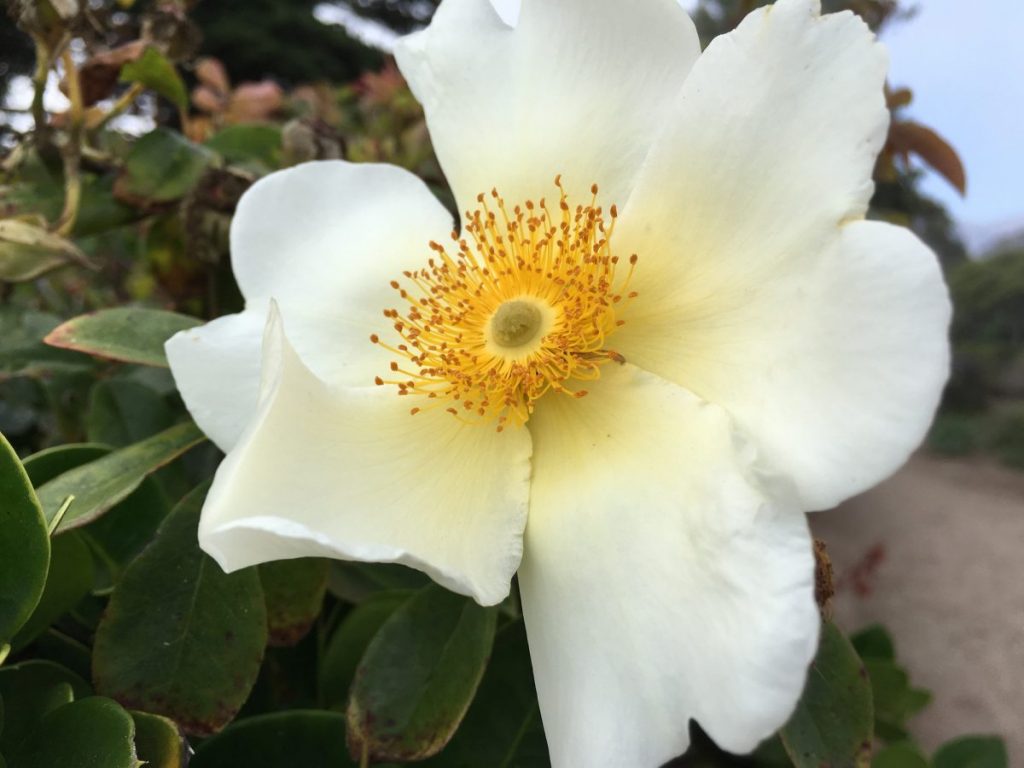 If you are anxious to catch a glimpse of migrating whales, be sure to reserve a spot on a whale-watching tour when visiting Santa Barbara. The city features many whale-watching cruises that are popular with locals as well as out-of-towners. When cruising, you may see any number of the 27 species of whales and dolphins that swim in the waters off Santa Barbara. If you’re lucky, you’ll be able to witness the marvelous sight of a humpback whale breaching or leaping dolphins ushering in a sunset. You may even see orcas or blue whales during your cruise. 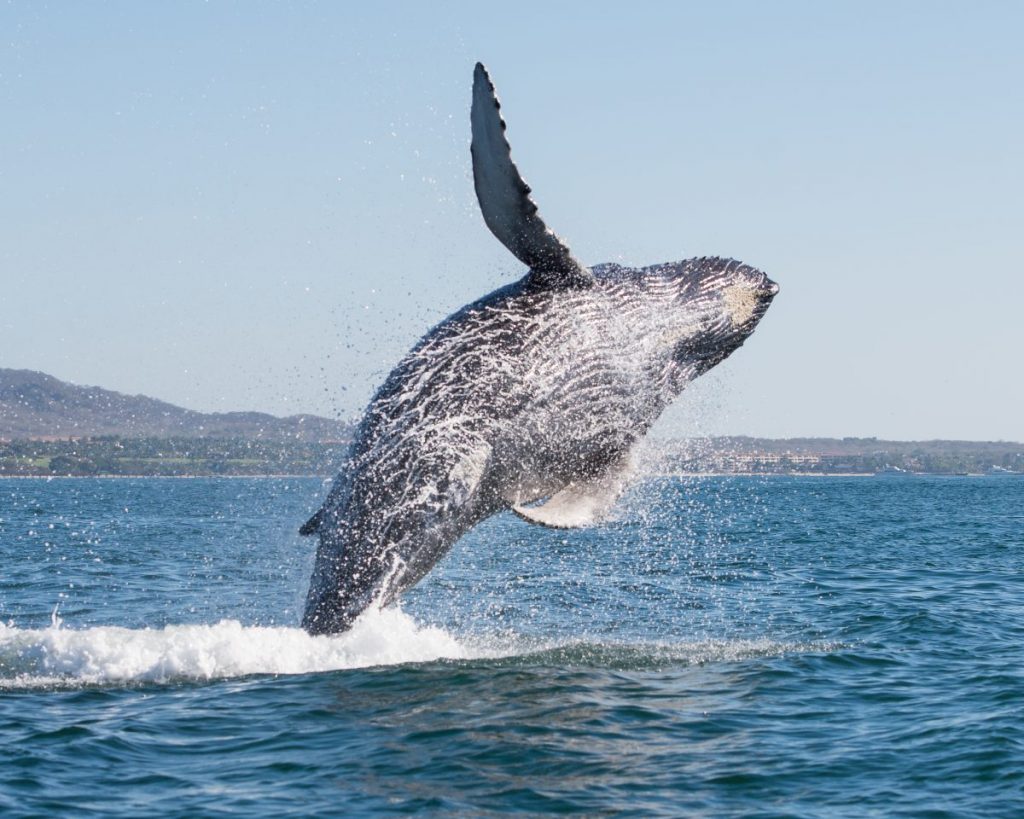 Witness the Amazing Exhibits at the Santa Barbara Museum of Art

The Santa Barbara Museum of Art owns more than 27,000 works in a renowned collection that spans more than 5,000 years. The museum’s permanent art collection includes a celebrated number of Monet paintings, antiquities, Asian art, and contemporary photography and paintings. The diverse array of holdings makes this museum a pleasure to explore. It also regularly features temporary exhibits that are always worth checking out. 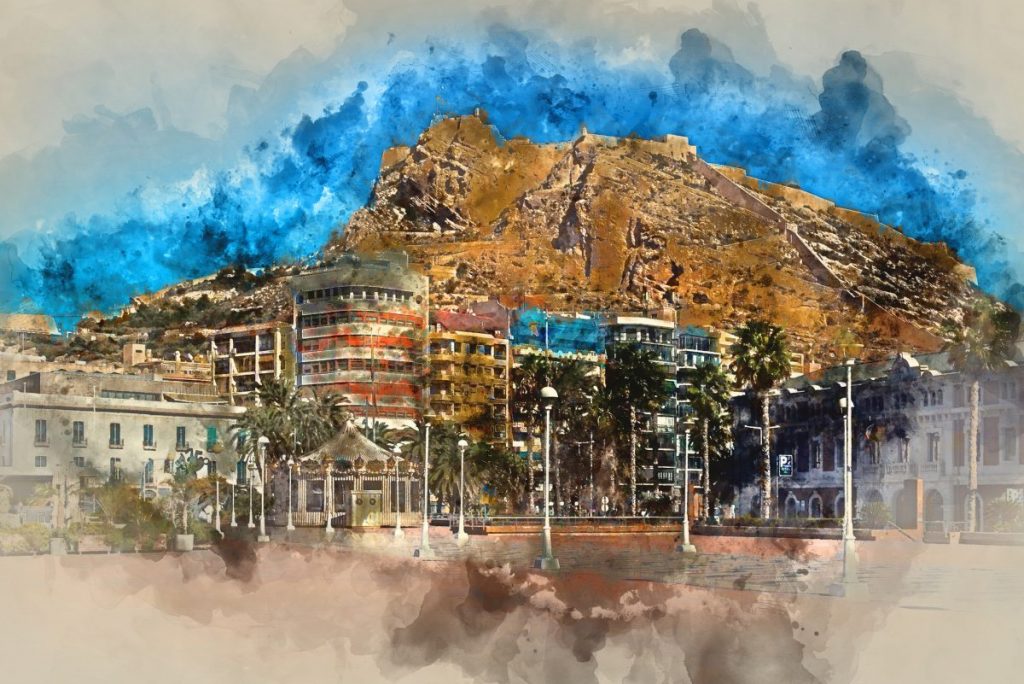 El Presidio de Santa Barbara is a state historic park that encompasses six acres and multiple buildings. The park’s buildings were originally constructed in 1782 as a Spanish military settlement. Today, people visit to learn about the region’s Spanish Colonial past as well as the Chumash Indians who lived in the area for thousands of years. There’s also an exhibit that showcases Asian immigration in the area. If you’re a history buff, be sure to explore this famous Santa Barbara site. 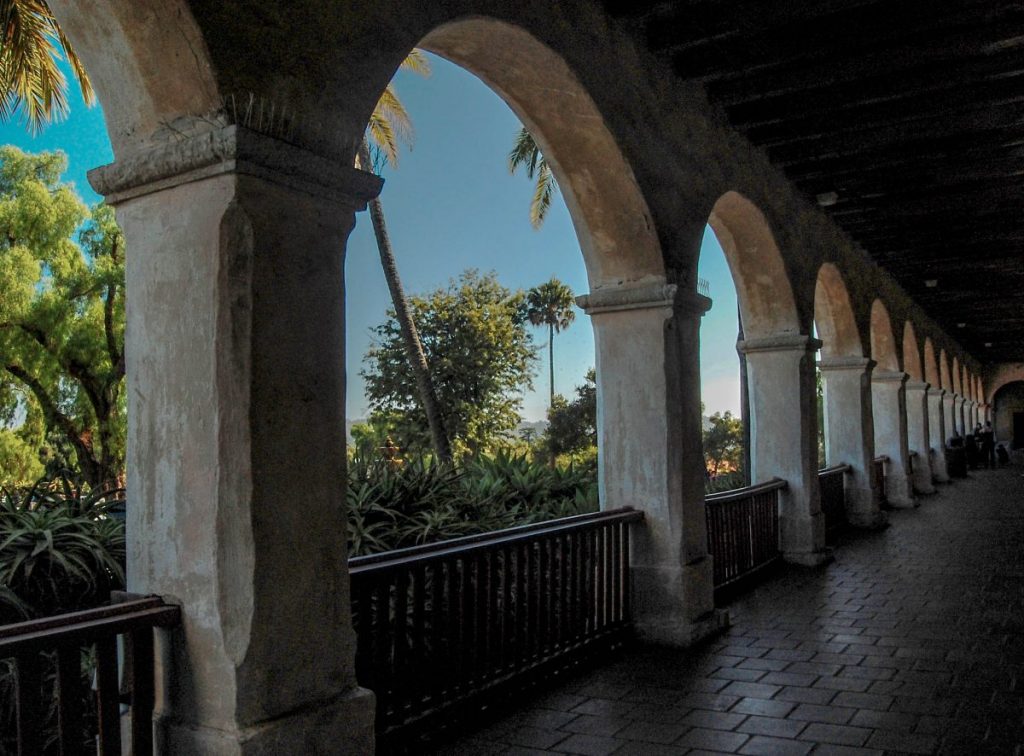