The 10 Best National Parks in the US

If you want an outdoor vacation in a picturesque place, look to the country’s best national parks. The U.S. features incredible tracts of land protected by national park status. They're usually packed with unique features and attractions that make preservation essential. They showcase the nation’s natural splendor through their wildness and careful maintenance, ensuring future generations can enjoy them, too.

The mother of U.S. national parks, Yellowstone was the nation’s first. In 1872, President Ulysses S. Grant signed its protection into law. The 2,219,790-acre park is famous for its geothermal areas and erupting geysers like Old Faithful. Yellowstone stretches into Wyoming, Montana, and Idaho, encompassing multiple eco-systems like the South Central Rockies forests that are home to grizzly bears, black bears, gray wolves, elk, bison, lynx, and more. Camping is popular in Yellowstone, but there are also renowned lodges if glamping is more your speed. 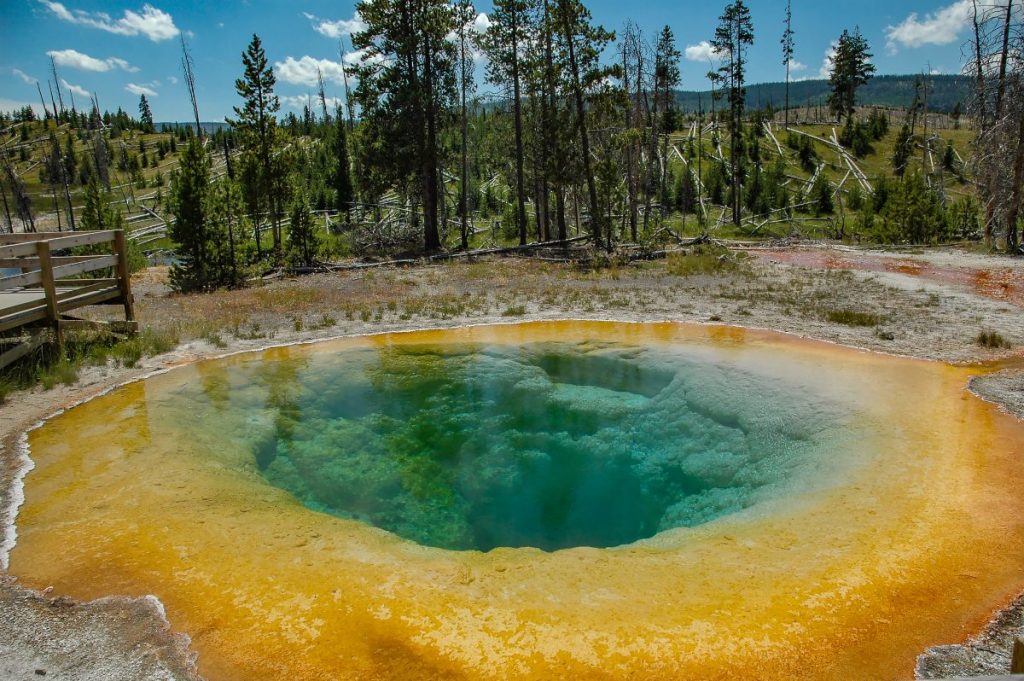 Spanning 1,201,647 acres, Grand Canyon National Park is a majestic place to visit. Tourists flock the picturesque southern rim of the canyon to explore, but the rugged northern rim is also well worth checking out. When visiting the canyon, you can hike or even book a river rafting journey down the Colorado River, the waterway responsible for carving the canyon over thousands upon thousands of years. If you long for a Southwestern getaway, don't miss this park. 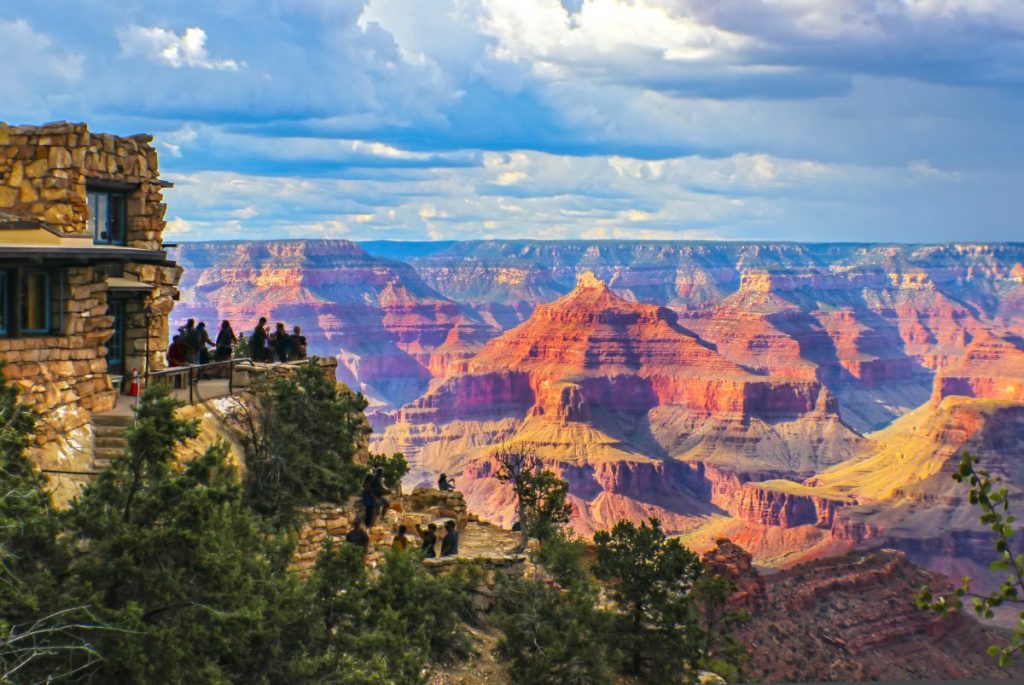 Located in northern California on 138,999.37 acres, Redwood National Park is world-famous for its coastal redwoods, the world’s tallest trees. While the historic trees are the park’s highlight, there are also tide pools, protected stretches of coastline, prairie lands, and meadows to behold. Aside from the stunning topography and flora, visitors keep a sharp eye out for migrating whales off the coast, and cougars, black bears, harbor seals, river otters, and coyote when hiking the park. 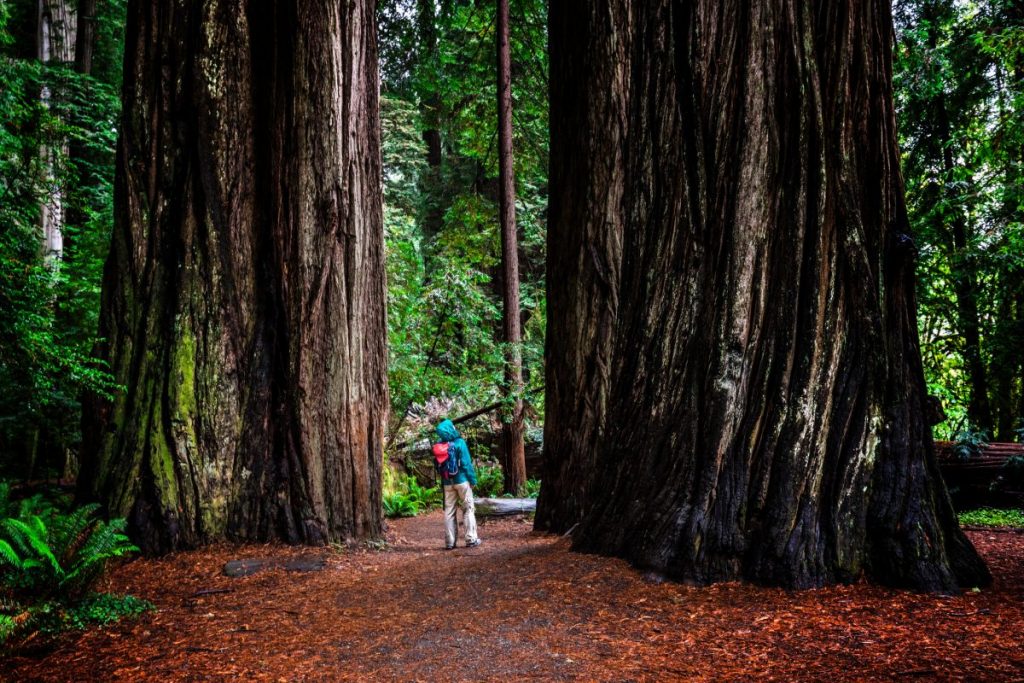 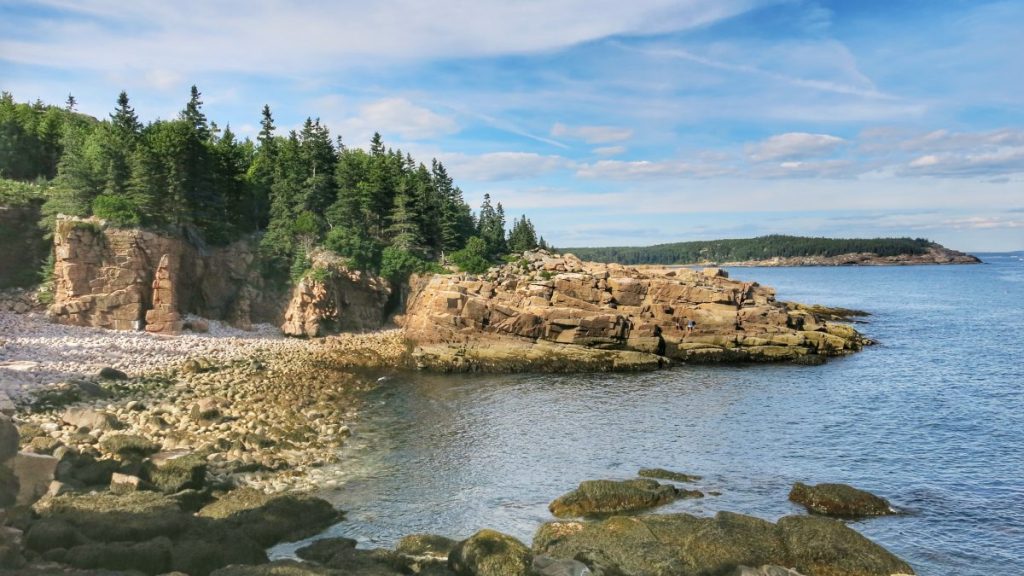 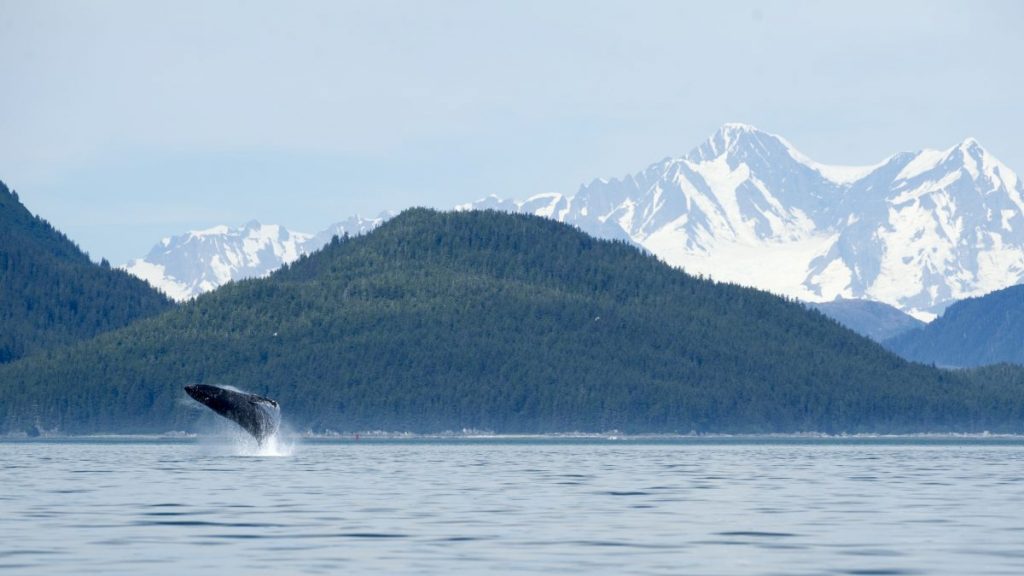 Like many of the country’s parks, the Everglades are utterly unique in terms of typography and special features. Located in southern Florida, Everglades National Park encompasses over 1.5 million acres and is famous for its marine estuary and mangrove and rainforest landscapes. Visitors to the park can hike or explore many areas by boat. Take care, however, as this park is famously home to American crocodiles and Florida panthers. 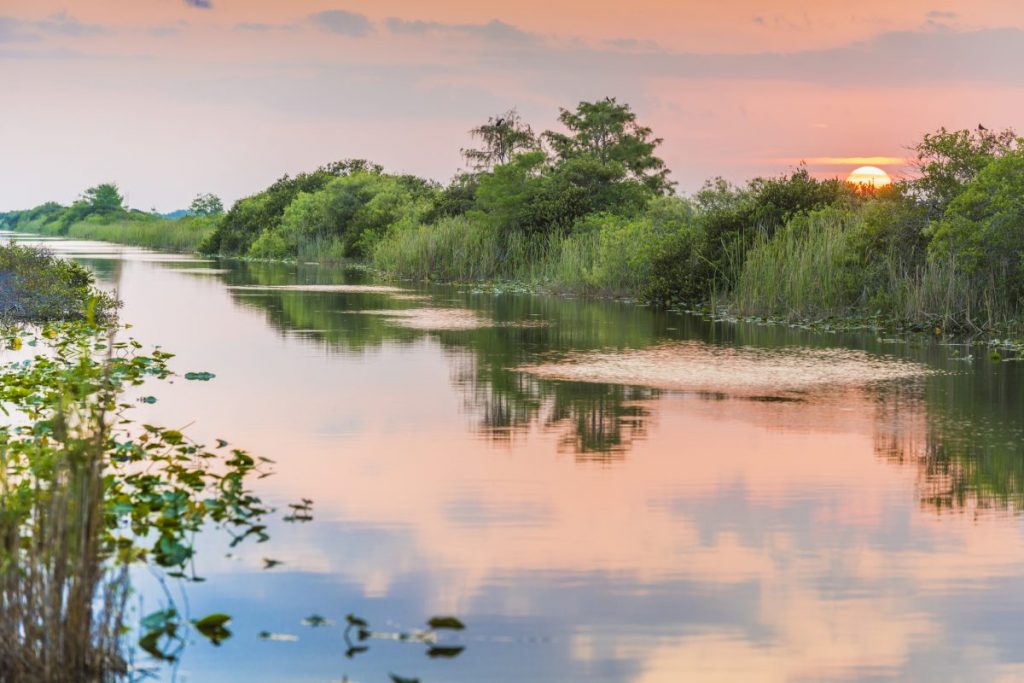 Located on the main island, Hawai’i Volcanoes National Park protects the Mauna Loa and Kilauea volcanoes. Although parts of the park are closed due to eruptions and clouds of ash and gas, the site continues to attract visitors from all over the world thanks to its dramatic volcanic landscapes. If you can make your way to Hawaii, this World Heritage Site with its rare flora and fauna is a must-visit destination. 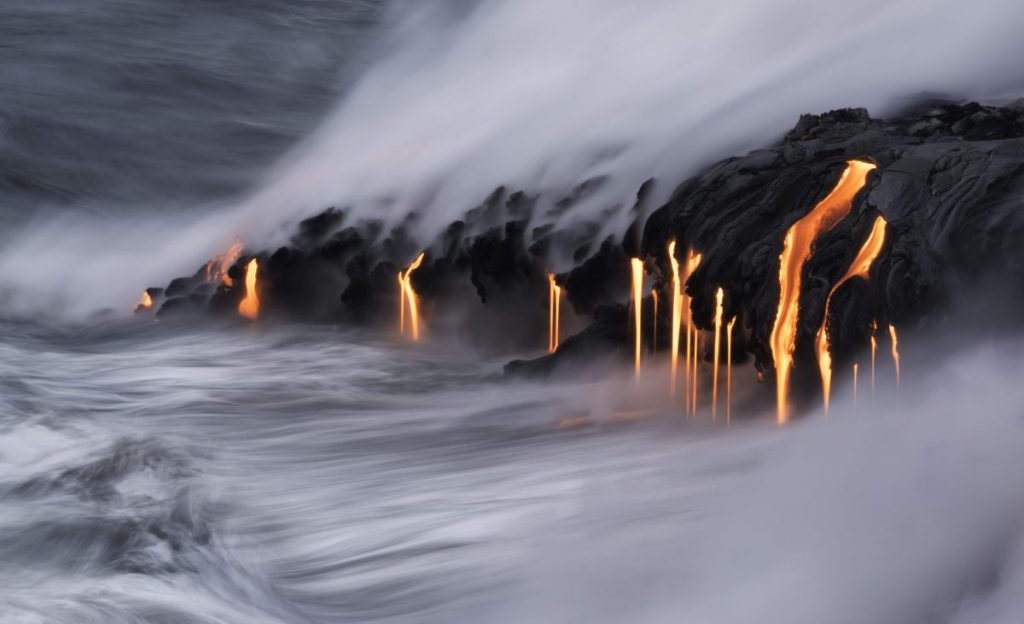 Located in the Blue Ridge Mountains of Virginia, Shenandoah National Park encompasses 199,217 acres of picturesque forestlands. Particularly lovely in the fall, the park features miles of trails, including the Appalachian Trail. Highlights include views of the Shenandoah River cataracts, Hawksbill Mountain, and the Skyline Drive. The park contains various lodges and campgrounds popular with outdoor lovers from all over the country. 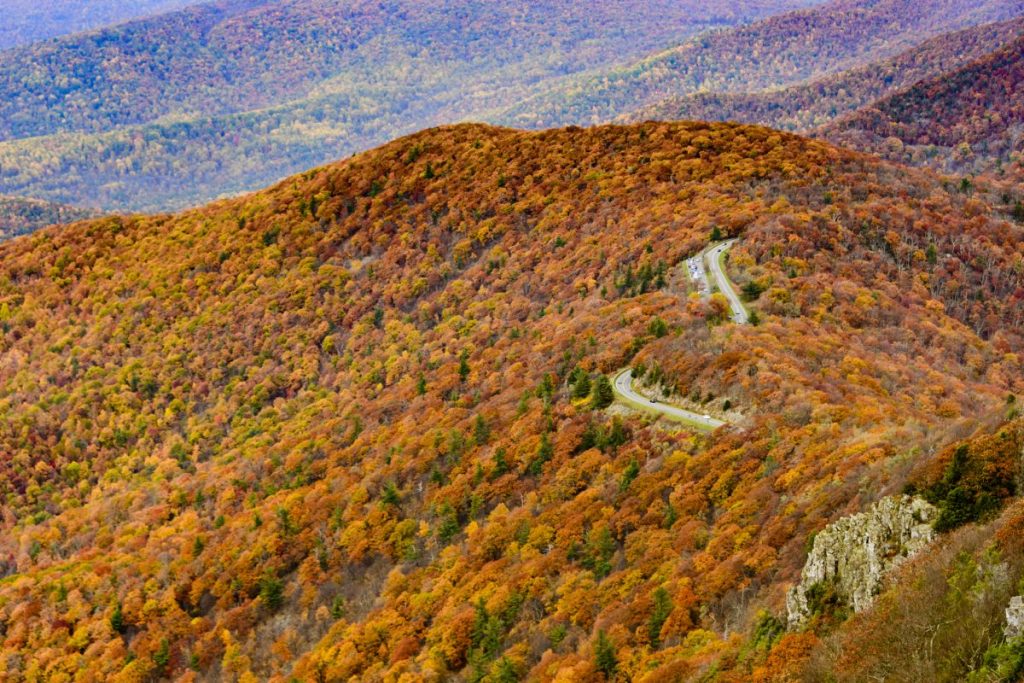 Voyageurs National Park is one of the country’s most unique protected lands. The park spans more than 200,000 acres, but much of it is lakes near the U.S.-Canada border. Visitors love to visit this enchanting park .named for the fur traders who once made their living in the region. The park not only contains waterways that are popular for kayaking and canoeing but also preserves the history of Native American peoples like the Objibwe. 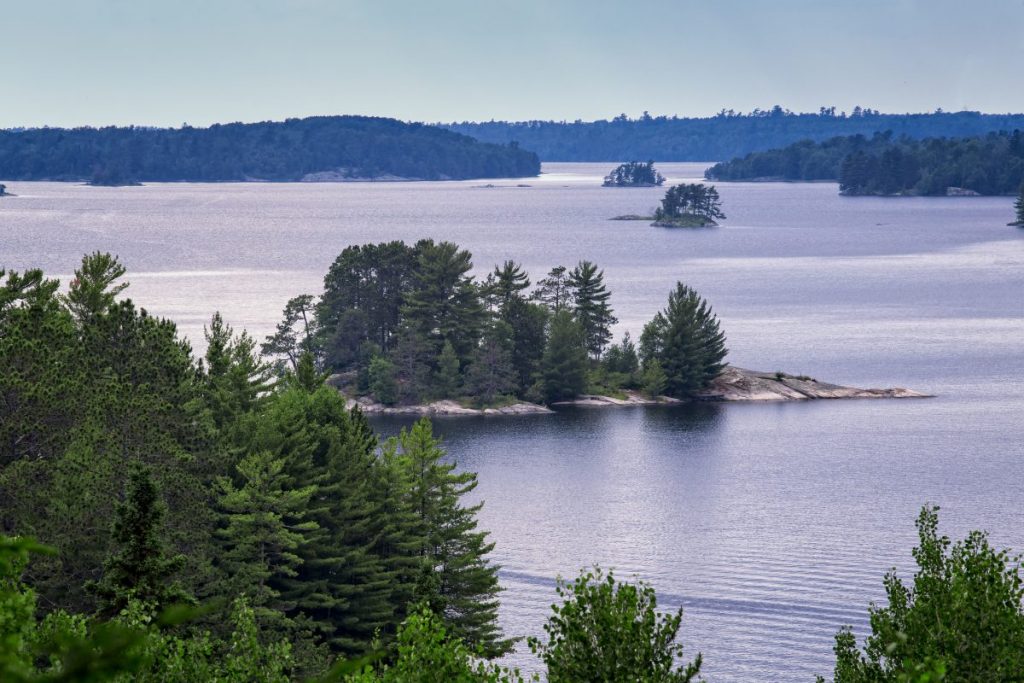 Canyons, rock towers, and mesas are hallmarks of breathtaking Yosemite National Park. Situated on 147,237 acres, Yosemite boasts one of the country’s tallest waterfalls—Yosemite Falls—as well as other world-famous features like Half Dome and El Capitan. When visiting this majestic setting, expect to see stands of giant sequoia, tracts of true wilderness, and postcard-worthy meadows. This California Park is located in the state’s Central Sierra Nevada region and is home to miles of hiking trails for outdoor enthusiasts as well as the historic Ahwahnee Hotel. 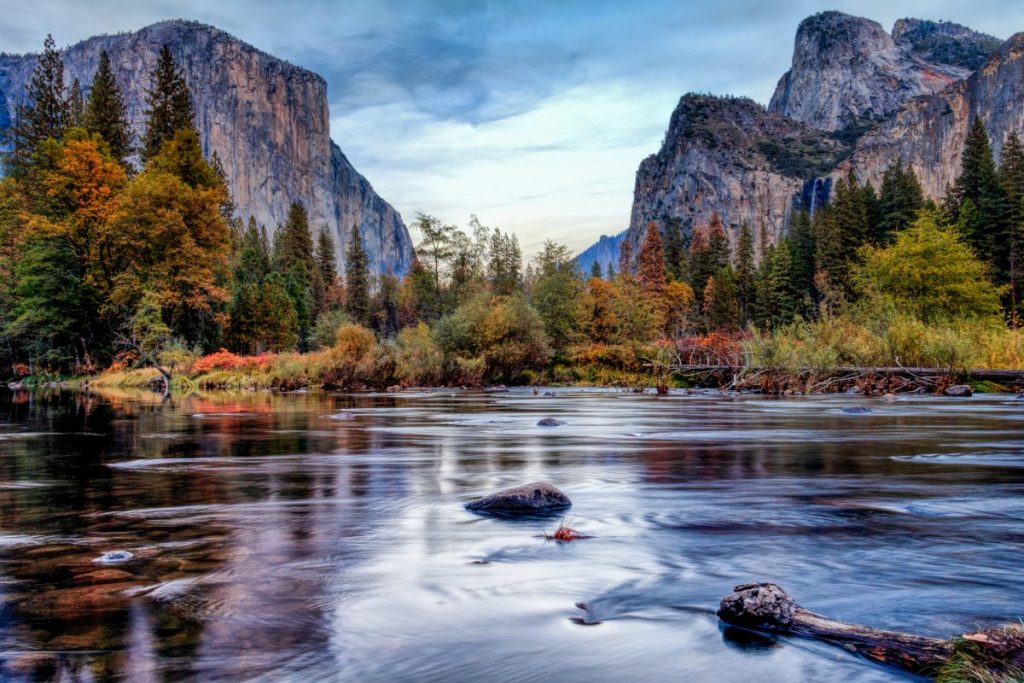