Places You Shouldn't Miss On A Drive Through the Pacific Northwest

The Pacific Northwest offers an impressively diverse array of things for visitors to see. While the area really only has two major cities - Seattle and Portland - the Pacific Northwest is perfect for those who like to explore the great outdoors. Whether you’re into hiking and biking or prefer swimming and kayaking, the area has some truly magical national parks. You’ll find that the corridor running between Seattle and Portland has a great public transport system, you’ll definitely need a car to get to some of the more isolated regions.

Seattle is the natural starting point for a trip through the stunning Pacific Northwest. The city will be familiar even if you’ve never been before thanks to the iconic Space Needle. See the birthplace of Starbucks Coffee at the famous Pike Place Market before hitting up some museums. Spend your evenings checking out a band at one of the many live music venues, or trying some different beers at the craft breweries and bars. 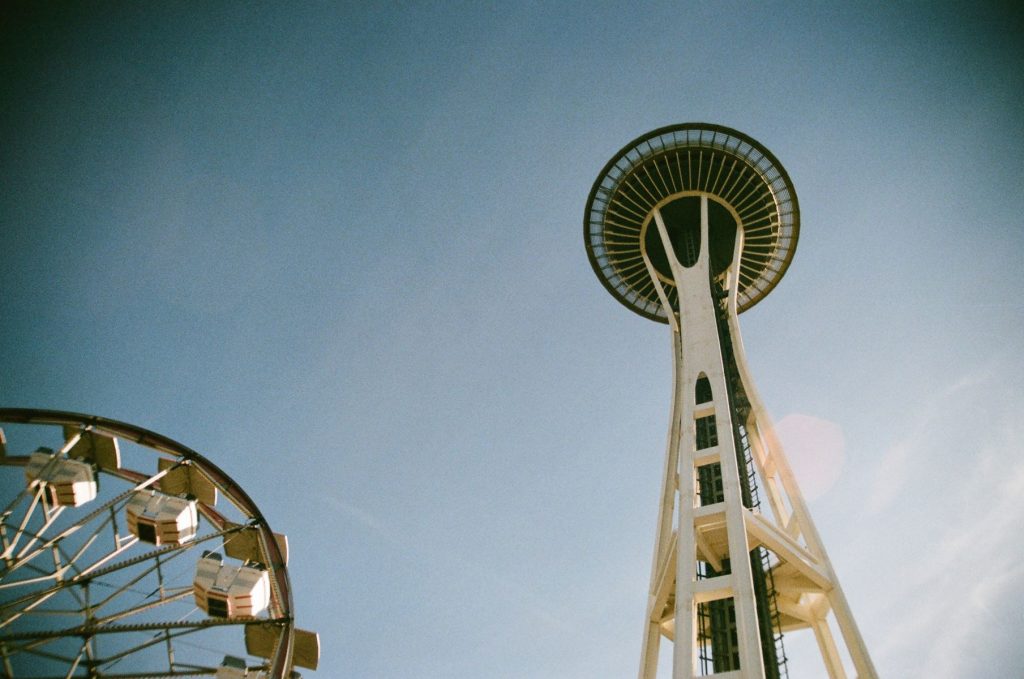 No visit to Seattle would be complete without taking in downtown Seattle’s waterfront. It has spectacular views across West Seattle as well as the Puget Sound. You can take a cruise into the harbor to see the shoreline as well as taking in some of the more local delights. 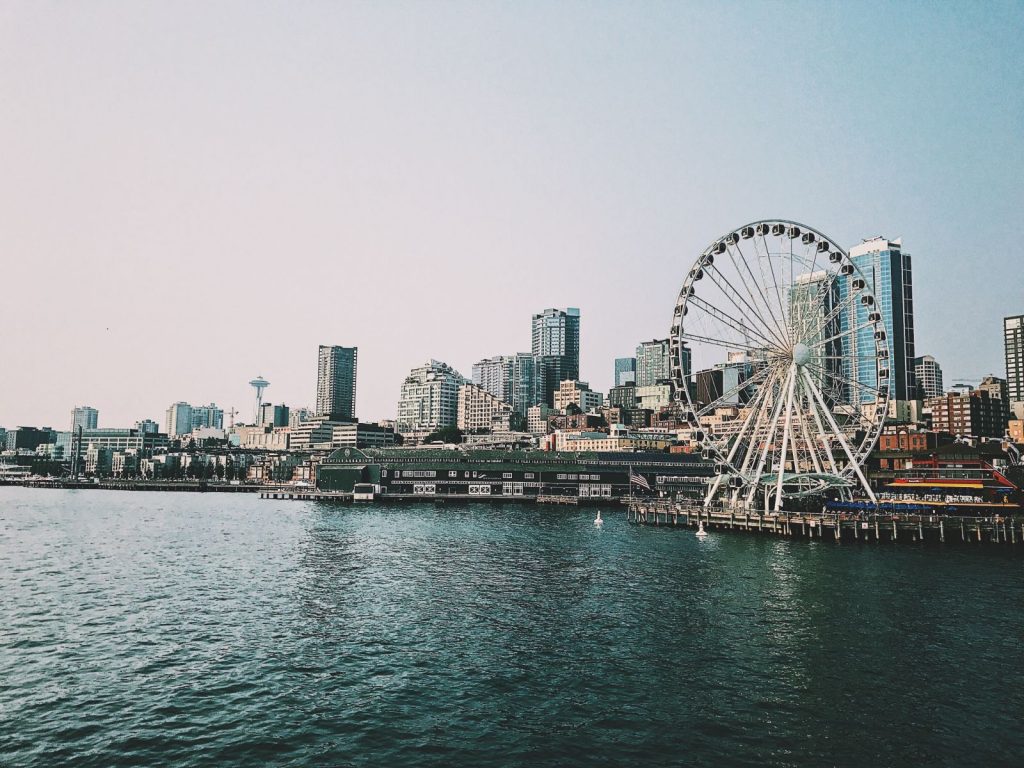 Around a three and a half hour drive from Seattle, or a 35-minute ferry ride, you’ll find one of Washington’s more stunning beaches. The wilderness of La Push Beach might seem familiar to fans of a certain Vampire franchise of movies. La Bush is home to several beaches - Third Beach is a short hike from the road and is famous for its role in the Twilight movies. The area is also part of the Quileute Indian Reservation, and the tribe is welcoming to respectful visitors. Take a chance to find out how the original Americans have lived and worked in harmony with the land. 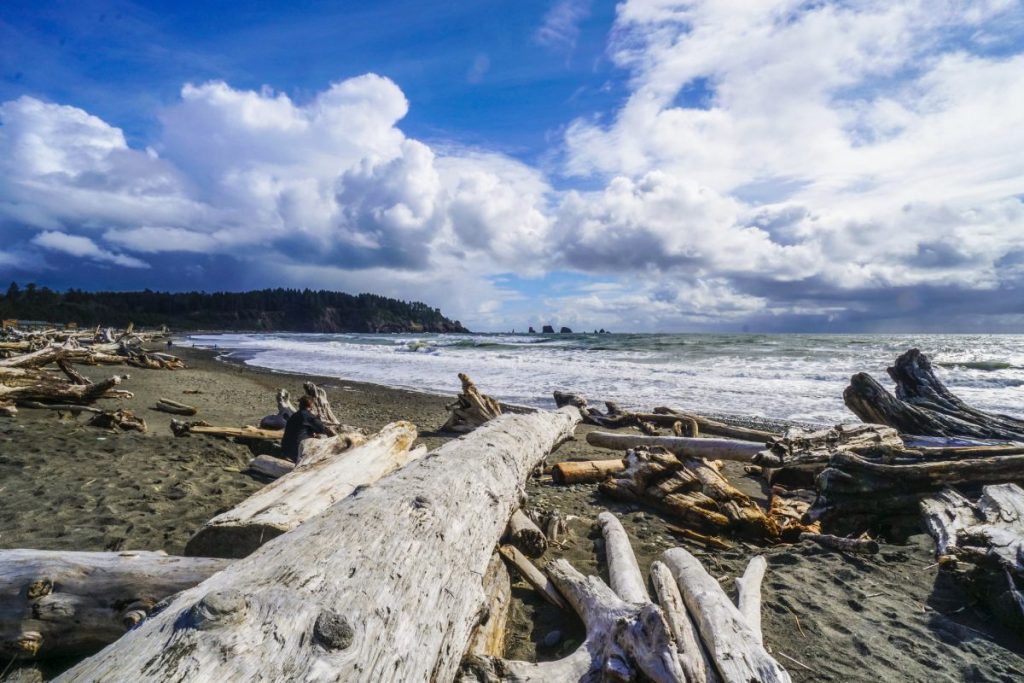 Mount Rainier is the highest peak of the Cascade Region and dominates the landscape. Not in fact a mountain at all, this snow-capped volcano is in a national park rich with rivers and waterfalls, as well as stunning forestry. Mount Rainier National Park is a hiker's delight, or you can drive the scenic byways. 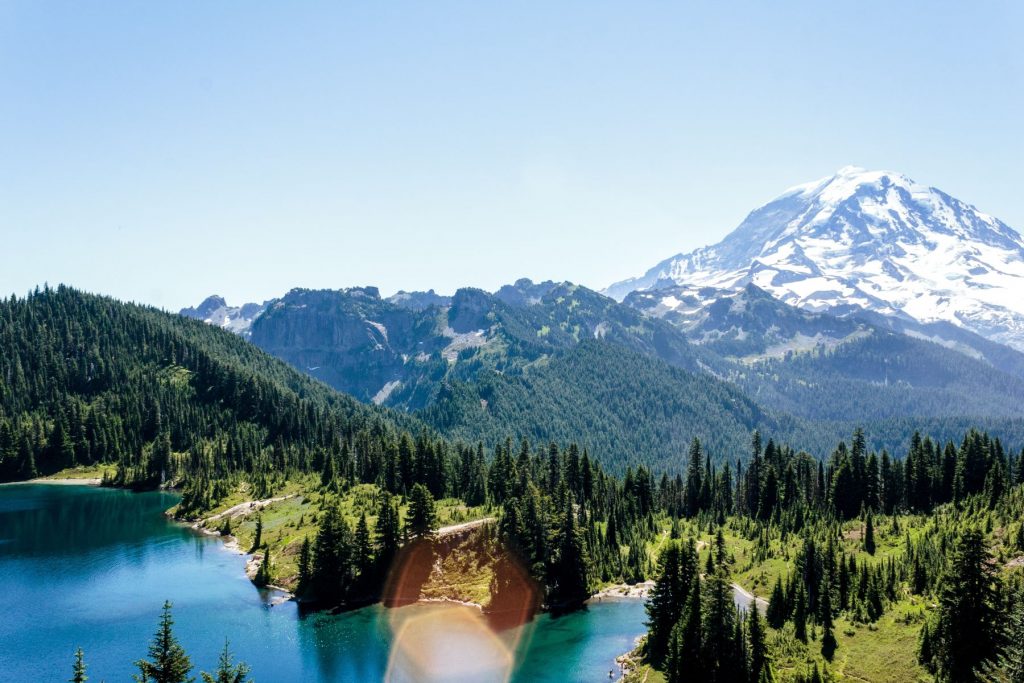 Photo by Joshua Peacock on Unsplash

This park covers almost one million acres, and unsurprisingly, that means that there is plenty to explore. In fact, this UNESCO World Heritage Site has a staggeringly diverse array of landscapes. It boasts 60 miles of wild coastline - but a trip inland will reveal glacial lakes, impressive mountains, ancient forests, and hypnotic waterfalls. 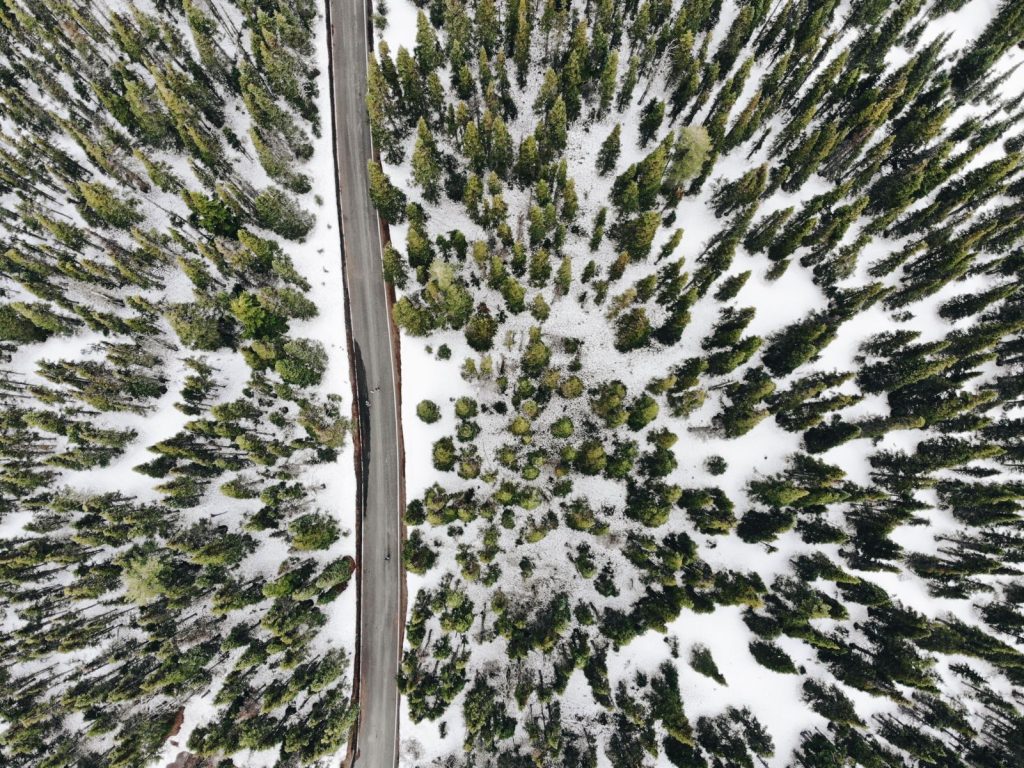 Photo by Nikita Herasimenka on Unsplash

If you want to make a stop to enjoy some hiking, then you have to pay a visit to Hell’s Canyon. You might think that the Grand Canyon in Arizona is the largest one, but Hell's Canyon has it beat. While the Grand Canyon only measures 4000-feet in depth, Hell's Canyon reaches staggering 7993-feet deep. Around the ring of the canyon, you'll see the Wallowa Mountains, giving you an unbeatable view. 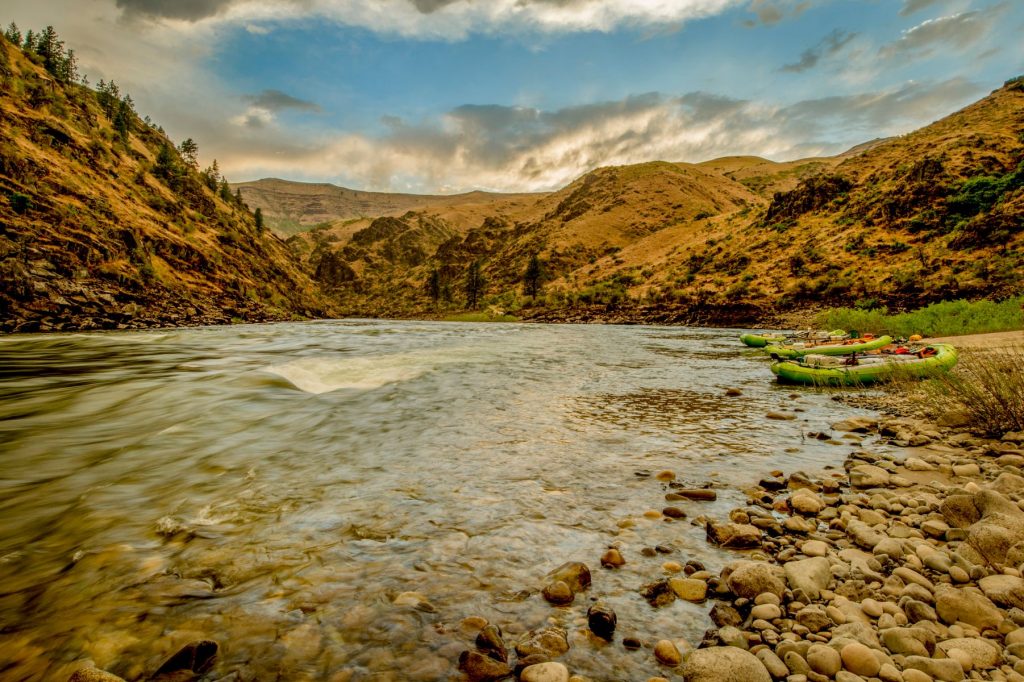 Famous for its eclectic, easy-going pace, Portland is the city of foodies and people who love to go green. The land of independent coffee shops and vegan restaurants, Portland is a dream city to walk through. You can easily visit second-hand bookshops, or stop off for a sugary treat at Voodoo Doughnut. The pace of the city is relaxed and liberal, and worth an explore through the parks and rose gardens. The city is particularly famous for its craft beer scene and has over 50 breweries you can sample. 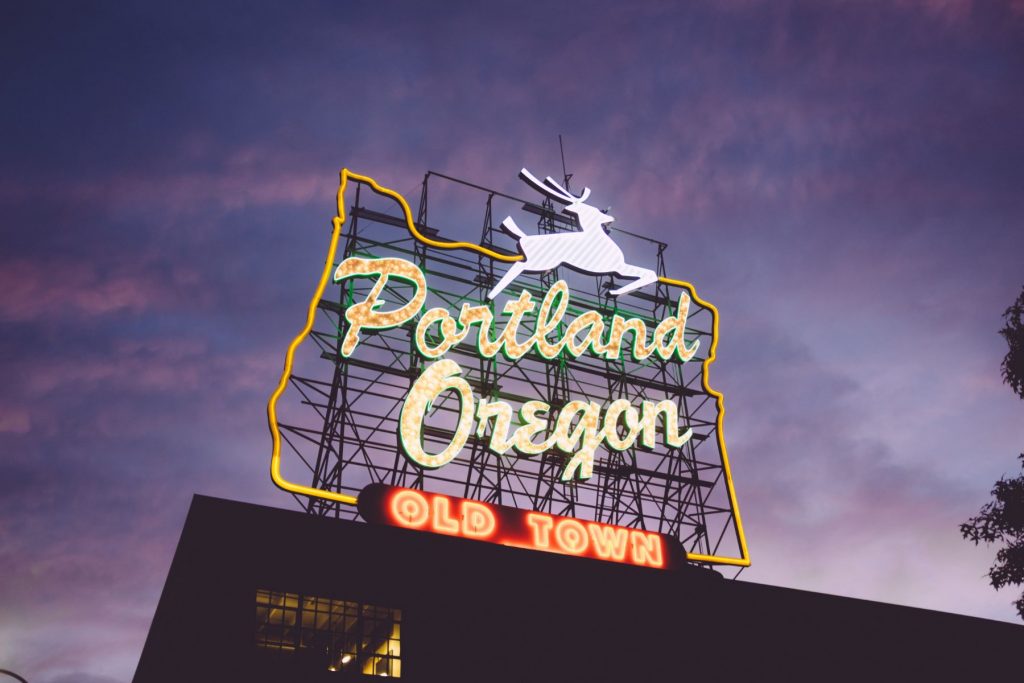 Photo by Zack Spear on Unsplash

If you've had enough of shimmering seas and boisterous rivers, Highway 2 and Washington Highways 155 and 17 will take you out to the glory of the Pacific Northwest's deserts. The Coulee Corridor Scenic Byway is a fantastic way to see the greatest canyons and severe desert landscapes. This route will also take you through the Colville Indian Reserve, as well as going by the Grand Coulee Dam. This Dam powers over 70% of the Pacific Northwest. 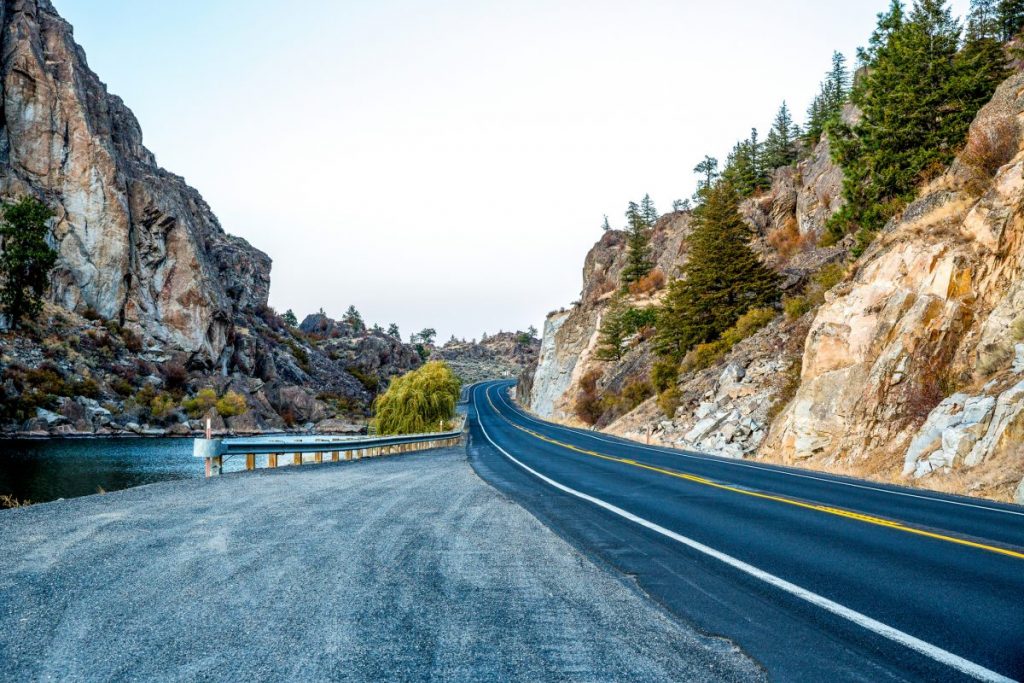 With over 360 miles of coastline, Oregon has some of the most impressive coastlines in the country. You can visit sandy beaches or rugged bluffs, and there is a wonderful range of friendly seaside resorts. Towns such as Gleneden Beach and Florence are a great place to pause on a road trip and enjoy some local cuisine. Most stunning of all, the Oregon Dunes Recreation Area is a chance to take a dune buggy ride up Saharan-esque towering sand formations. 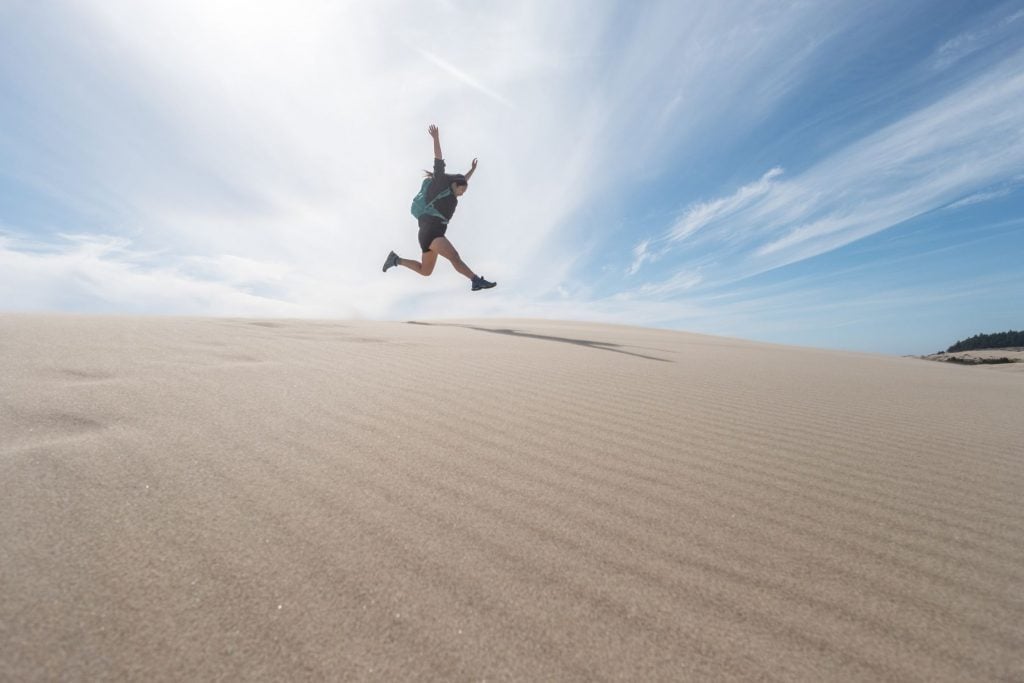 Of all of the natural beauties that you can explore in Oregon, the most picturesque of all might just be Crater Lake. It was formed by a volcano which collapsed, making it the deepest lake in the U.S. It is famous for its almost shockingly blue waters, and a drive around the caldera rim will give you unbeatable views down the cliff edges into the lake. 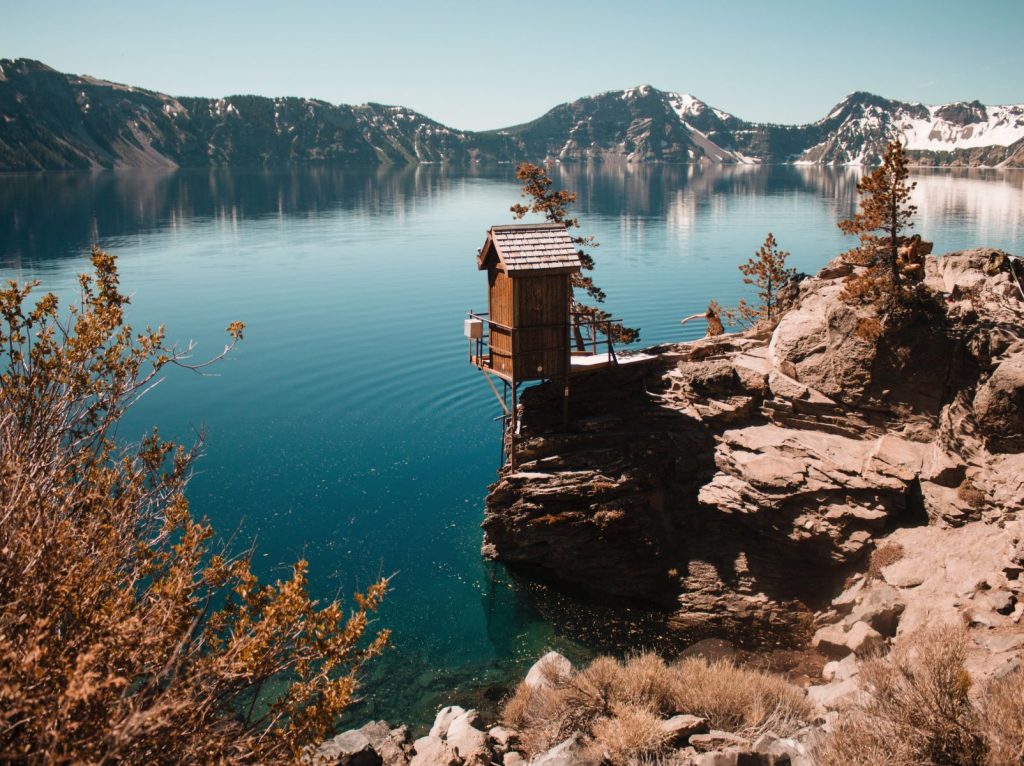 Photo by Kyle Johnson on Unsplash