Connecticut might not be the first state that springs to mind when you think of cuisine, but you’d be surprised by how many ultra-unique foodie experiences are packed into this understated corner of New England. But while world-class dining establishments and trendy farm-to-table local eateries are starting to become a dime a dozen these days, you might want to go off the beaten path and add some of Connecticut’s quirkier culinary experiences to your bucket list.

1. Grab a burger at the birthplace of burgers

Where: New Haven According to the Library of Congress, the hamburger was born in 1900 at Louis’ Lunch, when a hurried customer told the owner, Louis Lassen, that he needed something quick to eat on the run. Louis gamely slapped some ground steak between two slices of toasted bread and served it up, creating the world’s first hamburger. One hundred twenty years later, not much has changed at the historic roadside diner. In keeping with tradition, burgers are still cooked on original-style 1898 vertical stove towers. And the patties are still served as naked as the day they were born, between slices of toast instead of a bun with minimal toppings and no condiments. You’ll have it their way, apparently. 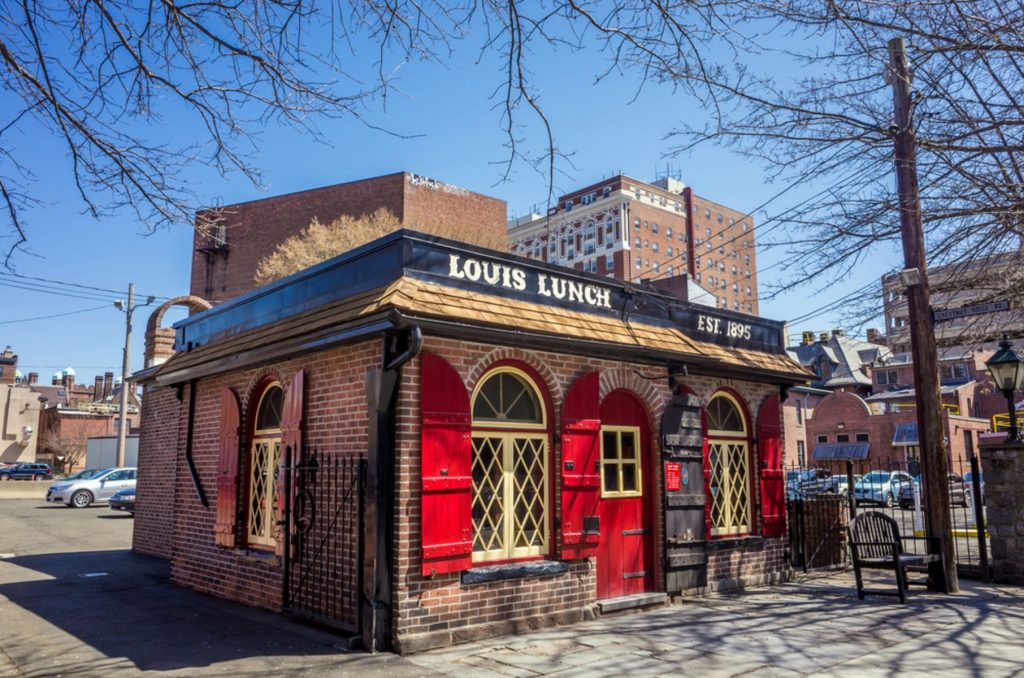