Must-See Destinations Only Available in Wisconsin

Wisconsin is a hotbed of strange and unusual attractions. Be it a Hall of Fame for clowns or bizarre, oversized statues of fish and soup kettles; you're bound to find a host of weird and amazing things to see. In a country that feels as though every state has its own biggest ball of twine, the back roads of Wisconsin prove that The Badger State has every angle covered. In fact, there are so many weird and wonderful things to do in Wisconsin; you might never want to leave until you've seen them all.

1. Experience the House on the Rock: The World’s Weirdest Place

When you see photographs of this strange, architectural phenomenon, you'll find it hard to believe it's real. For more than 60 years, the House on the Rock has been baffling and unusual its visitors. It’s even inspired cult authors like Neil Gaiman, whose work “American Gods” features a chapter dedicated exclusively to the home. With instrument rooms full of orchestras that seemingly play music themselves; mannequin angels, hanging from the ceiling above the world's biggest carousel; and sculptures of fighting giant sea monsters bigger than the Statue of Liberty, you might even think there wouldn't be room left. On the contrary, you can spend hours here. And you might have to. After all, the epic infinity skywalk seemingly goes on forever.

Tip: While you’re in Wisconsin, you might as well check out the punny local “Rock in a House” too - it’s exactly as it sounds. 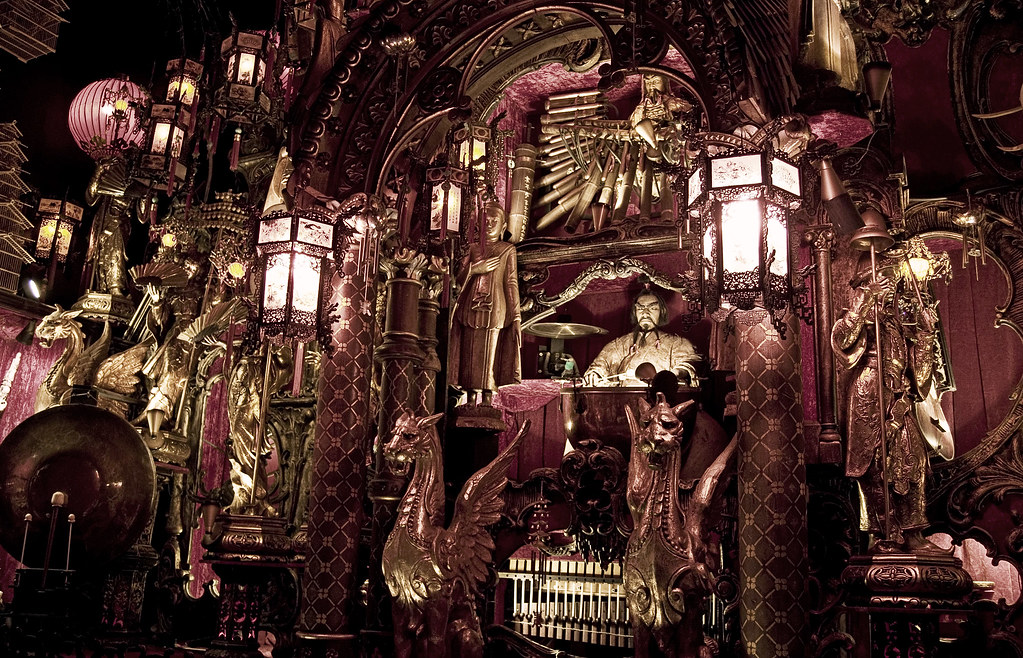