Memorable Things to Do in Maine

For a sparsely-populated state that’s still 90% forest, the Pine Tree State has an awful lot to offer its 36 million plus visitors every year looking for an escape hatch from the daily grind. World-famous for everything from moose to mountains, blueberries to bears, lighthouses to lobster rolls, island camping to endless coastlines, it’s easy to see why Maine’s slogan is the Way Life Should Be. Here are a few ways to kick off your own unforgettable adventure in Vacationland.

“Go coastal” in the Kennebunks

If you want the perfect introduction to Maine’s famously adorable coastal towns, there’s no better place to start than with Kennebunk and Kennebunkport. They're neighboring small communities collectively known as The Kennebunks. The Kennebunks have a well-earned reputation for being one of the top coastal vacation spots in the state. Located in southern Maine, it’s an easy get with a high concentration of things to do and see. Stay in a charming B&B or one of the many inns, and enjoy boutique shopping on your doorstep. Luxuriate on the numerous soft-sand beaches; then dine on fresh-caught seafood in one of the many local restaurants. Be sure to check out the Wedding Cake House while you’re in town. It looks good enough to eat and is the most photographed house in Maine. 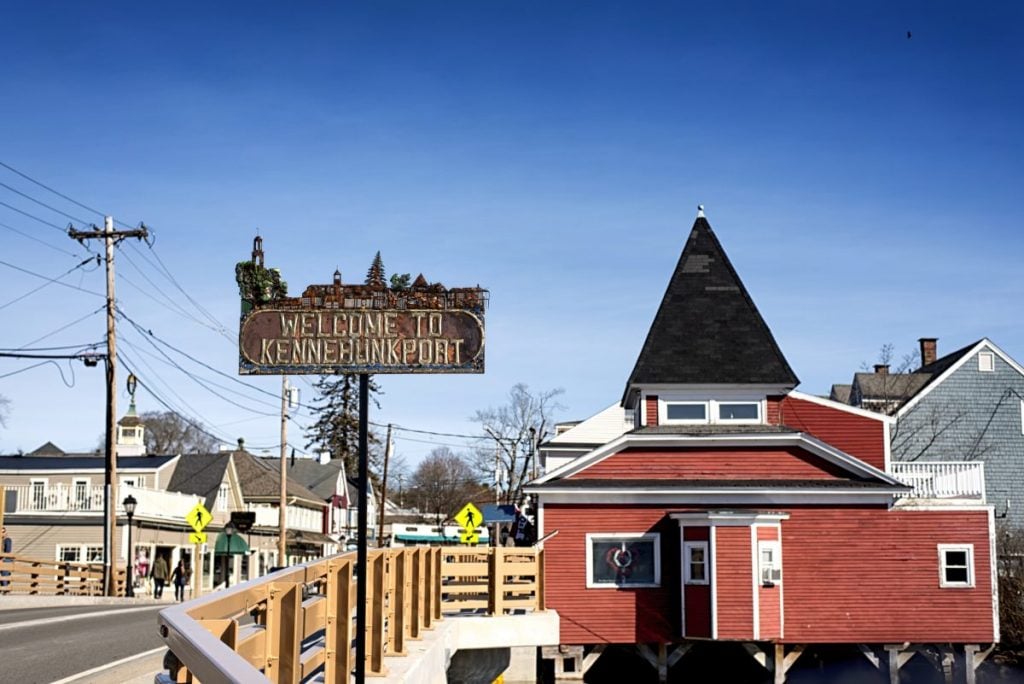 Snap a selfie with a giant Bean boot

Yes, it’s touristy, but the L.L. Bean flagship store in Freeport with its 16-foot-tall rubber-bottomed boot, size 410, at the entrance is worth a visit. Even if you’re not on the lookout for outdoor gear. The town of Freeport offers great outlet shopping too. And, while you’re there, don’t miss the Freeport McDonalds, located within a mansion built in the 1850s! You could literally call it a McMansion. 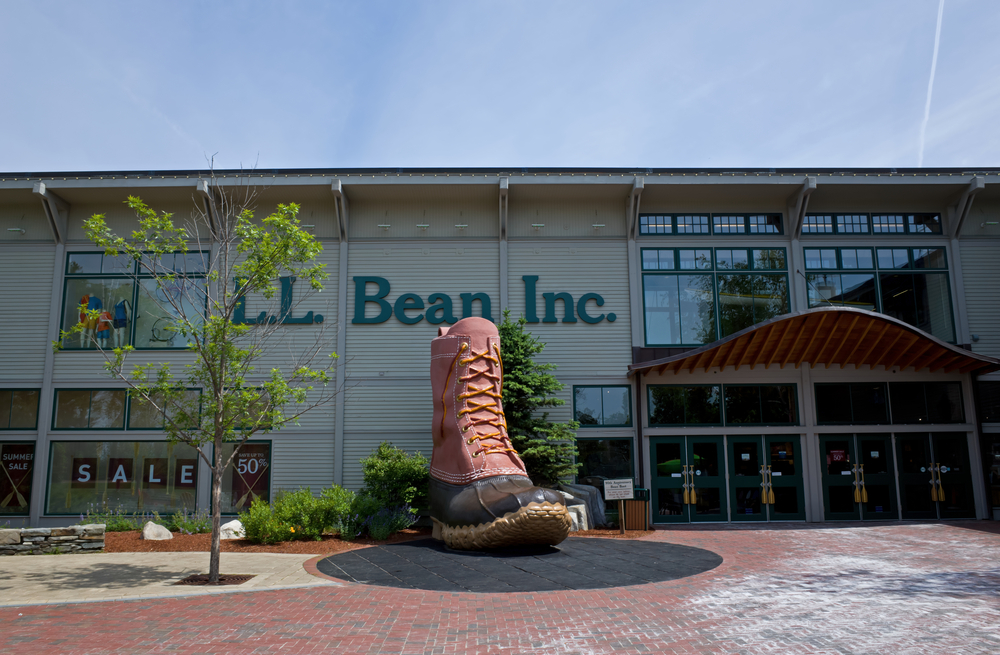 Welcome the first sunrise of the USA

The first rays of sunlight visible to the entire United States can be seen from the top of Cadillac Mountain in Maine’s glorious Acadia National Park. Join the hundreds of travelers also in quiet pursuit of the first dawn of the nation by driving to the summit in the wee hours of the morning. You don’t have to stop there, though -- the 49,000-acre reserve is one of America’s most beloved national parks, famous for its enduring beauty and miles upon miles of carriage roads to explore on bike or foot. Need a little sustenance on your Acadian adventure? Make sure you stop by the Jordan Pond House for popovers! 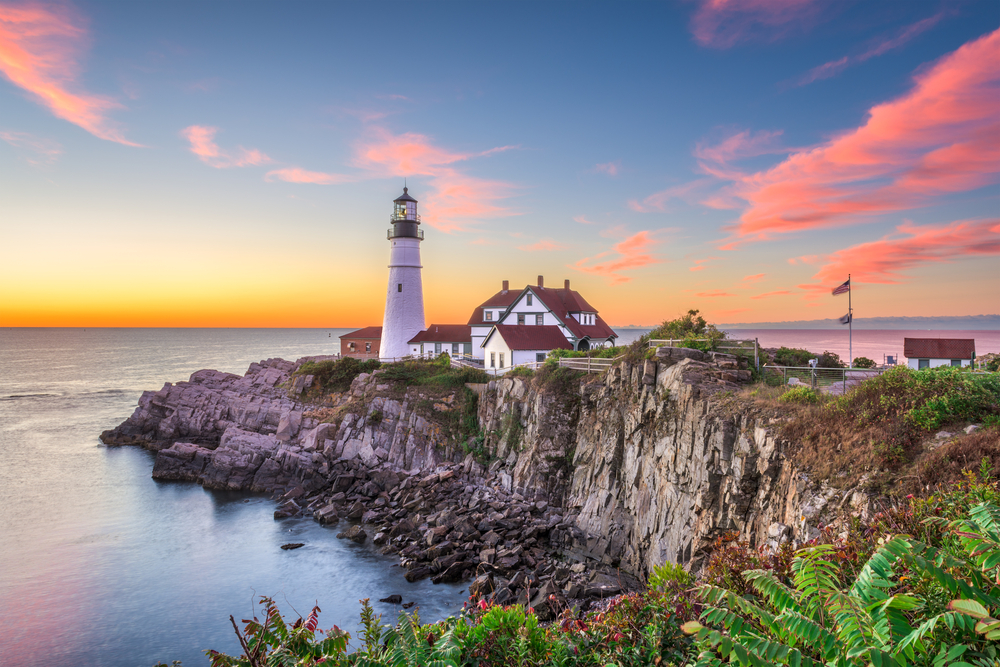 If you’re feeling a little overheated after exploring Mount Katahdin, Maine’s highest mountain, standing tall at a staggering 5,267 feet, be sure to swing by the Debsconeag Lakes Wilderness area, where you’ll come across ice caves that stay frozen all year round. These caves are so reliably frosty, in fact, that the Native Americans once used them as giant fridges to preserve their meat and pelts. 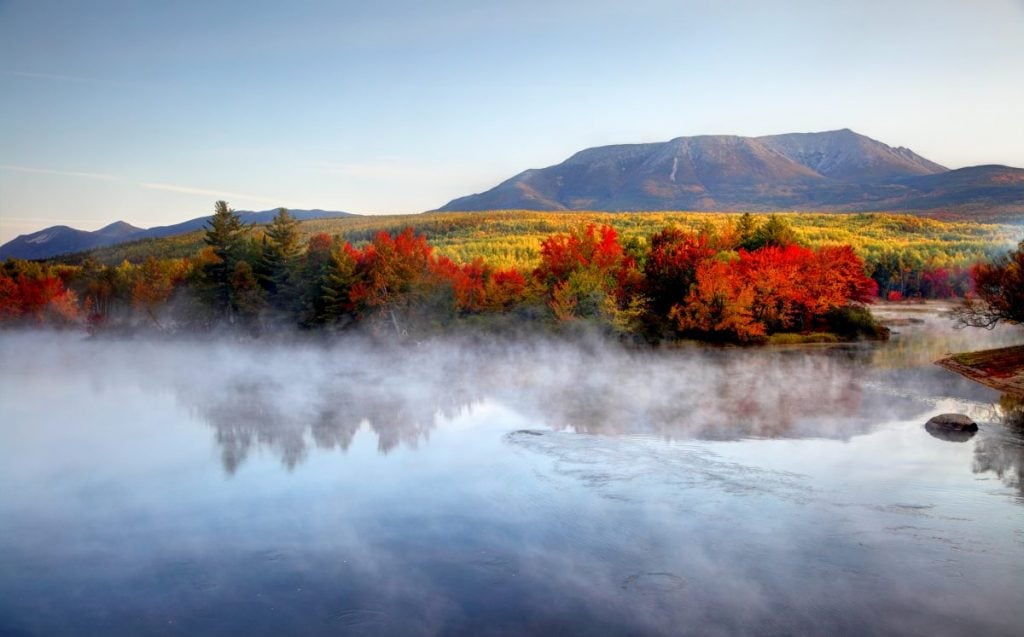 Maine’s biggest and most bustling city, Portland, was recently named the top Restaurant City of the year by Bon Appétit magazine, and with its huge variety of award-winning cuisine on offer, it has rightfully earned its place as an official hub for foodies. There are rumors that Portland, Maine has more restaurants per capita than San Francisco. For such a compact coastal city, that’s quite an accolade. 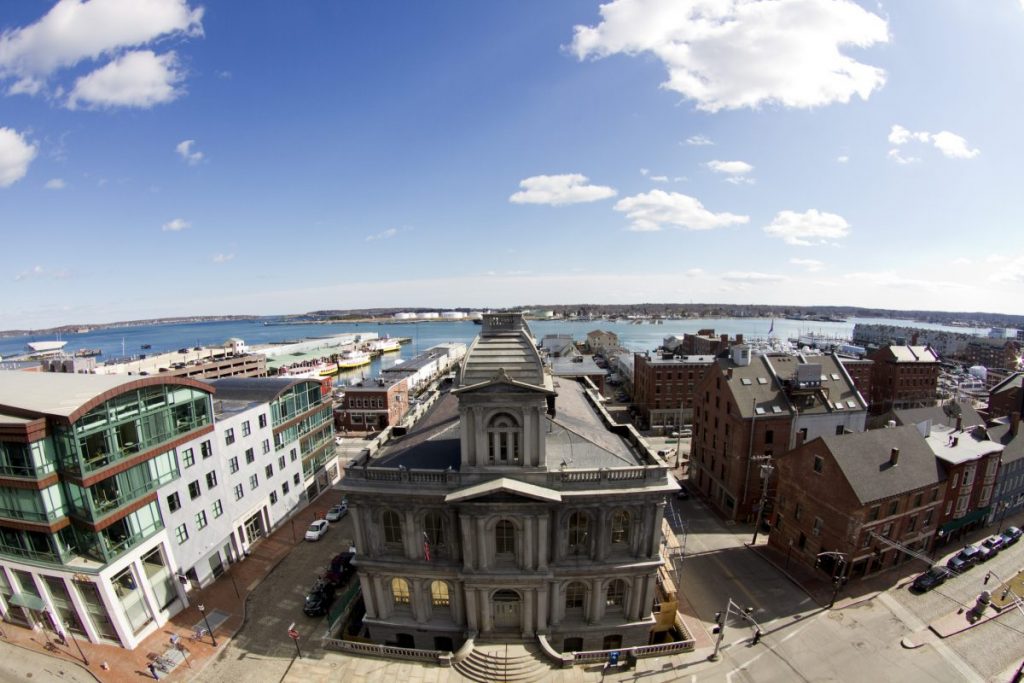 Find your place in the world with “Maine’s Famous Signpost”

Norway - 14 miles. Paris - 15 miles. Peru - 46 miles. Bet you didn’t know that you can see the whole world without leaving the state of Maine, did you? But this iconic signpost just outside of Lynchfield isn’t a prank -- Maine has many little hamlets with international-sounding names that have almost nothing in common with their namesakes. There are many more that didn’t make the signpost -- Vienna, Moscow, Rome, Belfast, and Lisbon just to name a few. When a Mainer tells you they’re headed to China or Mexico, you have to first assume they’re talking about a sleepy Maine town rather than the far-flung countries with the same names! 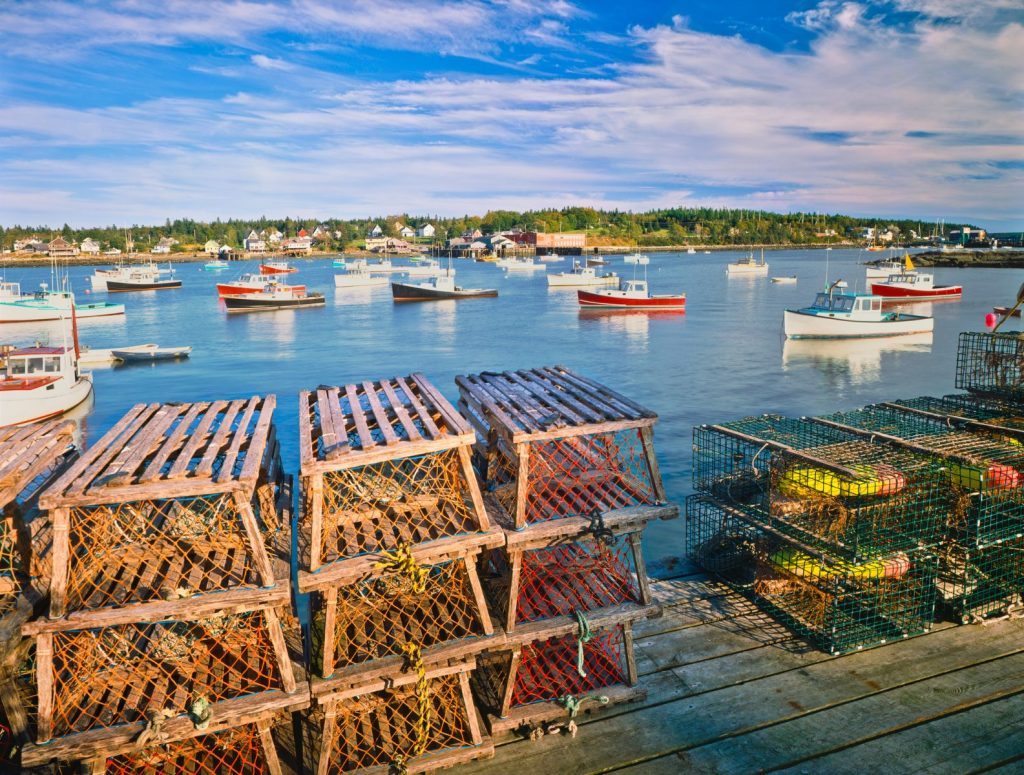 You can’t visit Maine’s coastlines without being inundated with all things lobster. If you don’t understand all this lobster love, just wait until you’ve had the experience of eating a real Maine lobster roll on the docks. Scrumptious and succulent lobster rolls are available in pretty much any coastal town, but the most famous ones are at Young’s Lobster Pound in Belfast. Bring your own bottle, and enjoy. 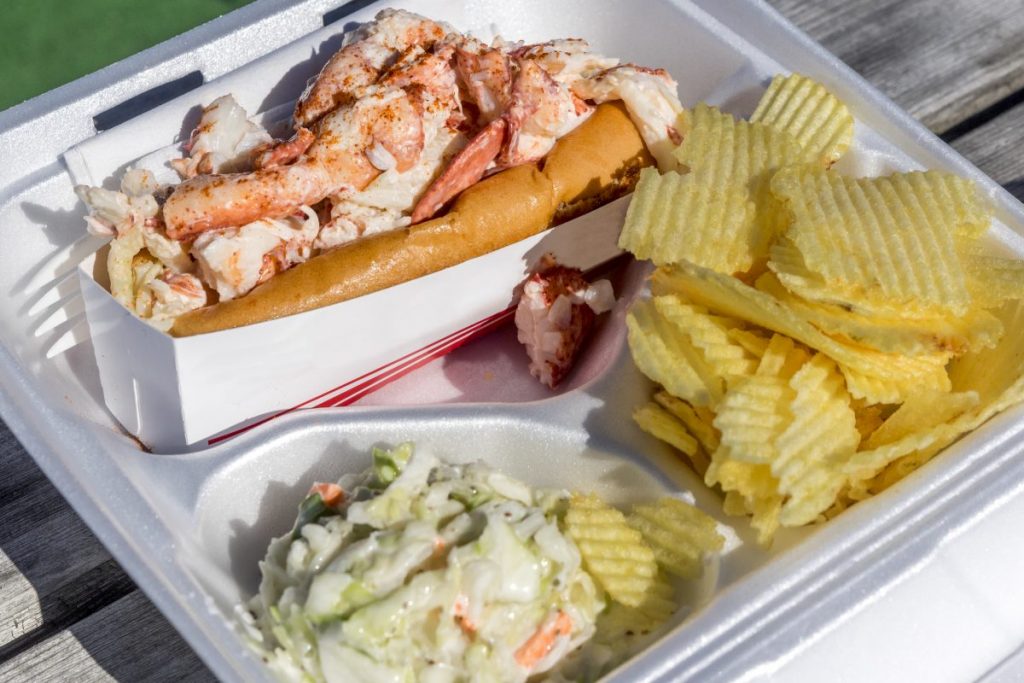 Maine is famous for having the largest wild blueberry crop of any state and boasts countless low-brush blueberry barrens scattered throughout its counties. Wild blueberries are ready for harvest in August but make for especially striking color landscapes in early Autumn. Forget fall foliage, blueberry barrens are where it’s at! Although wild blueberries can be found statewide, you’ll find the highest concentration of these crops Downeast which despite its name, actually means the northern reaches of the state. Bring a bucket! 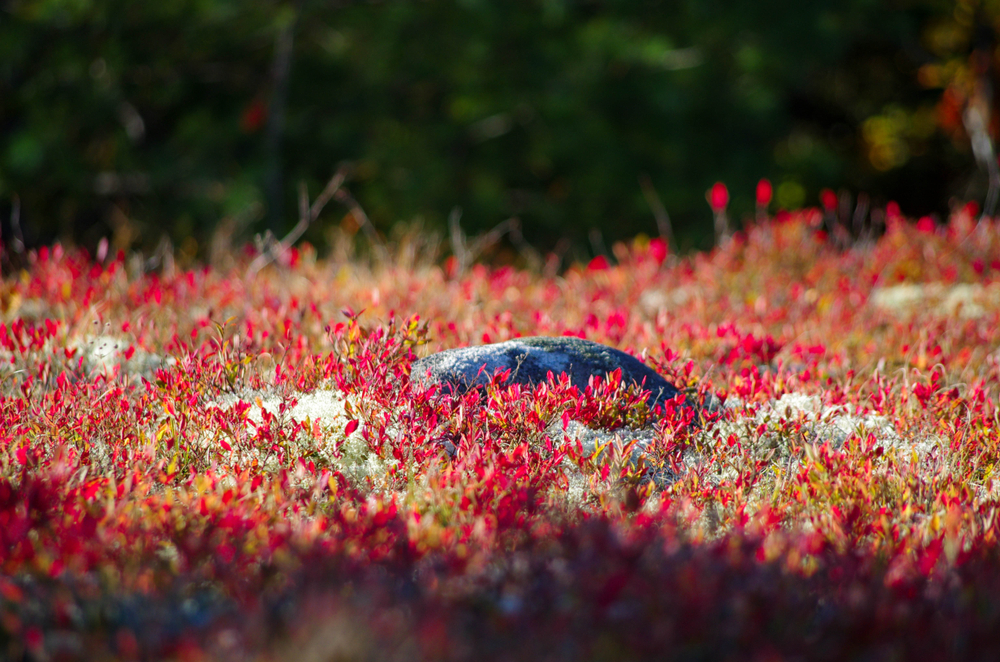 Rent a cabin by the lake

For a quintessential Maine summer experience, nothing beats the simple pleasure of staying in a cabin by a tranquil lake. Skipping stones, squeaky screen doors, listening to loon calls echoing over the water in the moonlight -- this is the kind of summer experience true Mainers live for. Thankfully, with 6,000 lakes and ponds to choose from, you won’t be hard-pressed to find a spot to experience it for yourself. Overwhelmed by all the options? Start with Sebago Lake, probably the most popular. And while you’re at it, stop by Sebago Brewing Company for a beer. 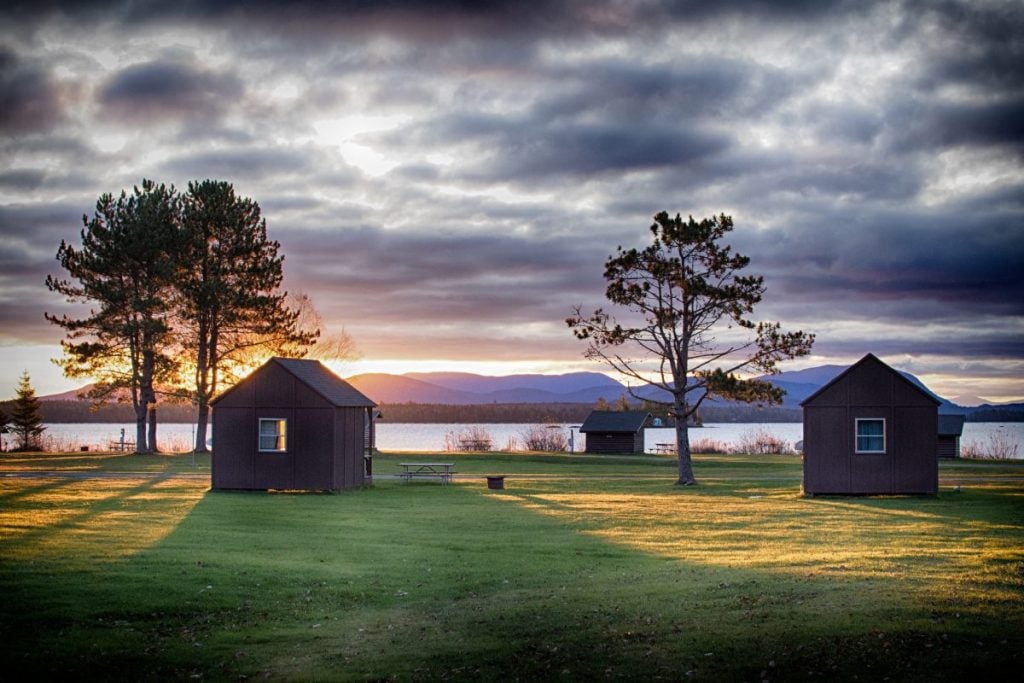 Get spooked by Stephen King

One of the most popular horror authors of our times famously calls the small city of Bangor, Maine his home. In fact, as you’ve probably noticed, pretty much all his stories are set in, or are at least directly inspired by his home state. SK Tours of Maine offers fans a tour of filming locations and places that have inspired his stories such as IT and Pet Sematary, even a glimpse at the outside of his spooky mansion. While you’re in town, be sure to stop by the 31-foot-tall Paul Bunyan statue, another Maine landmark that’s pretty hard to miss. 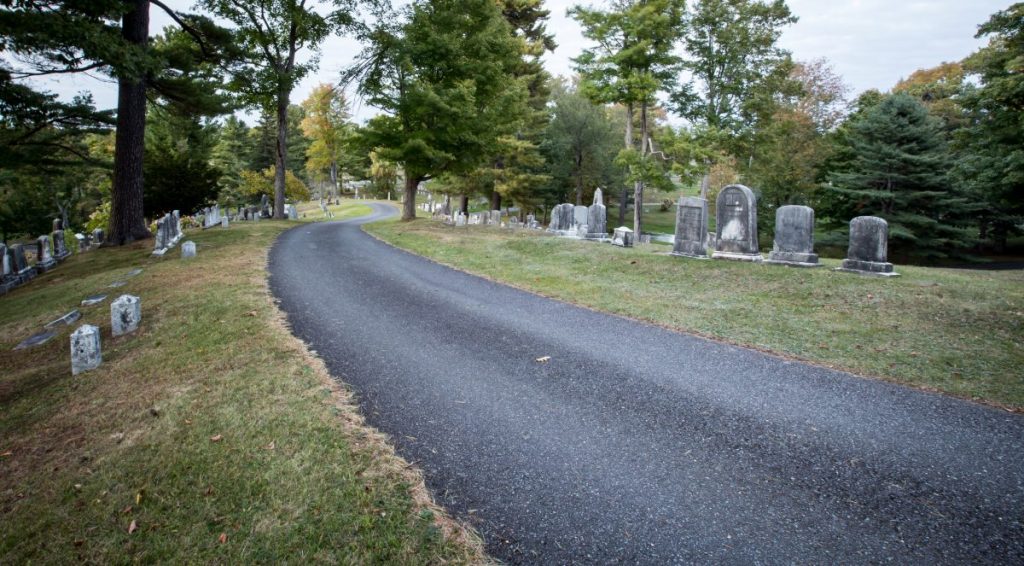