Magical Things to do in Oklahoma City

Cowboy culture and southern hospitality are alive and well in Oklahoma City. OKC is the capital and biggest city in the Sooner State with a population verging on 644,000 and counting. Surrounded by a wealth of oil fields with still-working wells, merely entering the city will take you into the real American West. Besides relishing in the glorious 'southernness' of it all, there are tons of things to do in Oklahoma City if you visit. Just be sure to pack for changeable weather.

People the world over use the word myriad in the wrong way, but that's not the case in Oklahoma City. Myriad Botanical Gardens consist of more than 15 acres of landscape dense with plants from all parts of the globe. It's one of Oklahoma City's most popular and loved spaces, giving city dwellers the opportunity to escape the concrete jungle without having to set foot outside of OKC. As well as offering visitors educational programs, tours, and interactive exhibits, the Myriad Botanical Gardens are also a gorgeous place to hold a wedding. You know, for those looking. 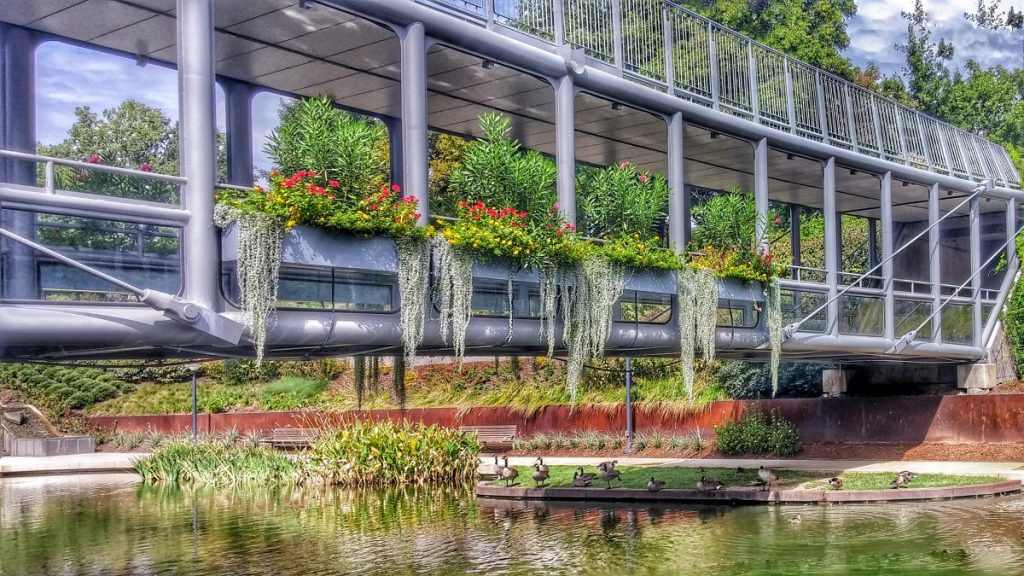 If you're a music fan, you might have decided to visit Oklahoma City to see one of the oddest art spaces in the country. Opened and run by The Flaming Lips' Wayne Coyne, The Womb is something of a pilgrimage for all Lips fans. Even if you aren't one of their devoted followers, there was always something to see in this unique downtown art space. Over the last couple of years, Coyne has partnered with OKC art collective Factory Obscura to bring the place back to life. And yes, it's weirder and more Instagrammable than ever. 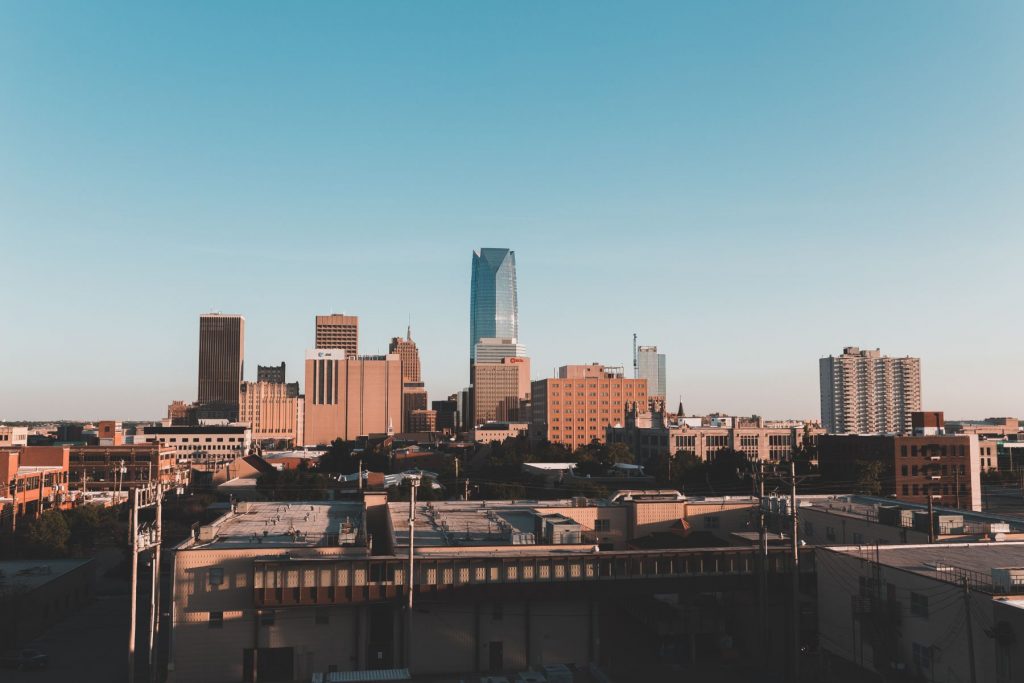 Head into the Barrels of the Oklahoma City Underground

Beneath the streets of Oklahoma City's business district lies a mile of pedestrian tunnels connecting buildings, hotels, and other venues. This hidden underbelly of OKC was brainstormed and opened in the 1970s and was originally called "the Concourse." Since then, the tunnels have both fallen into disrepair and brought back to life in the shape of art exhibits, a cafe, and dozens of unique, one-time events throughout the year. 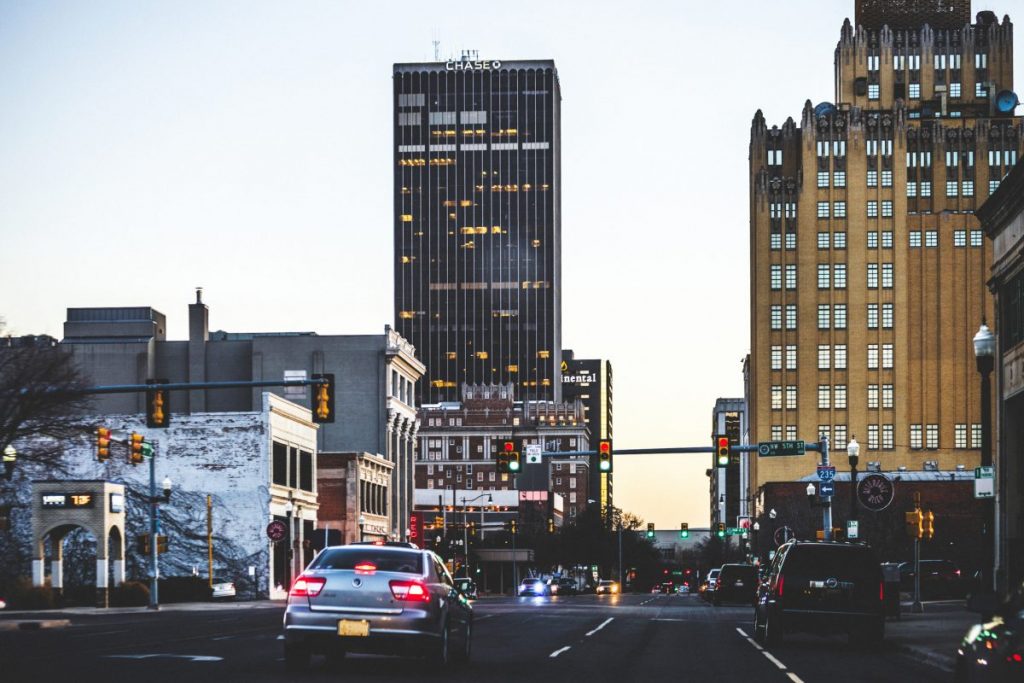 Check Out the National Cowboy and Western Heritage Museum

Oklahoma gets its state nickname, the "Sooner State" from the early settlers of the Land Run. In 1889, settlers rushed into the Unassigned Lands on horseback to lay claim to land before they were supposed to do so. Those people were then called "Sooners." The expansive National Cowboy & Western Heritage Museum is a massive complex that takes you right back to the years of the Land Run. Opened in 1955, the museum contains more than 28,000 American Indian and Western artifacts from firearms to saddlery and Native American art. You can spend hours here and still not manage to see the scope of what's available. However, it's also one of many places in Oklahoma City you'll never want to leave. 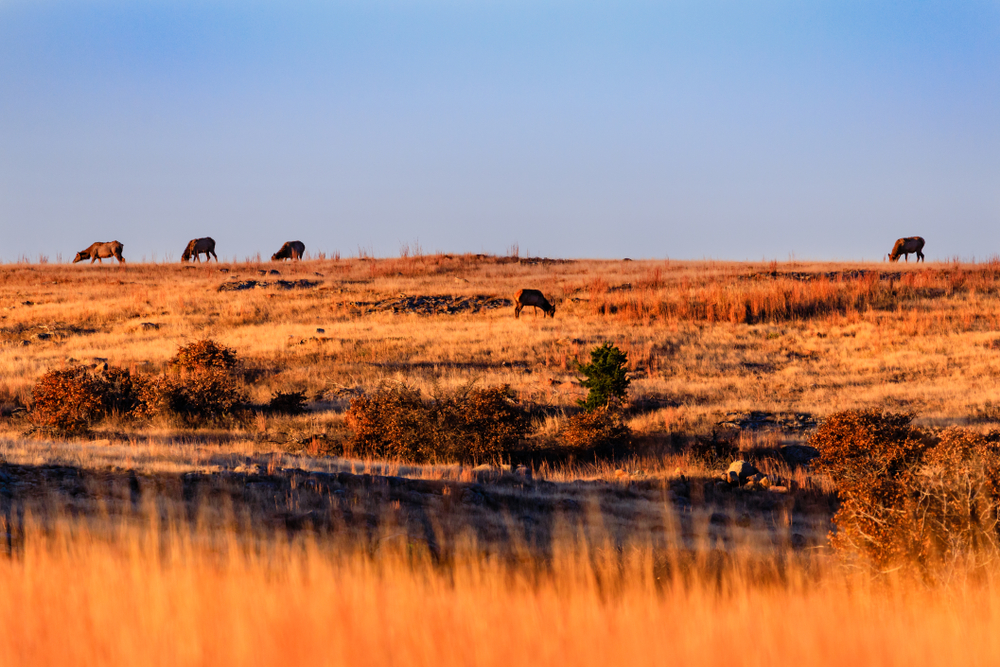 Take a Day to Roam Around Bricktown

As its name suggests, the streets of the Bricktown neighborhood are lined with red brick buildings and former warehouses. With the Bricktown Canal running through its center, the spot is OKC's premier entertainment district. You can find something to do in Bricktown during all months of the year, be it fine dining in restaurants or window shopping around its eclectic mix of boutiques and vintage stores. While you're there, try not to forget to take the Bricktown Water Taxi down the canal. 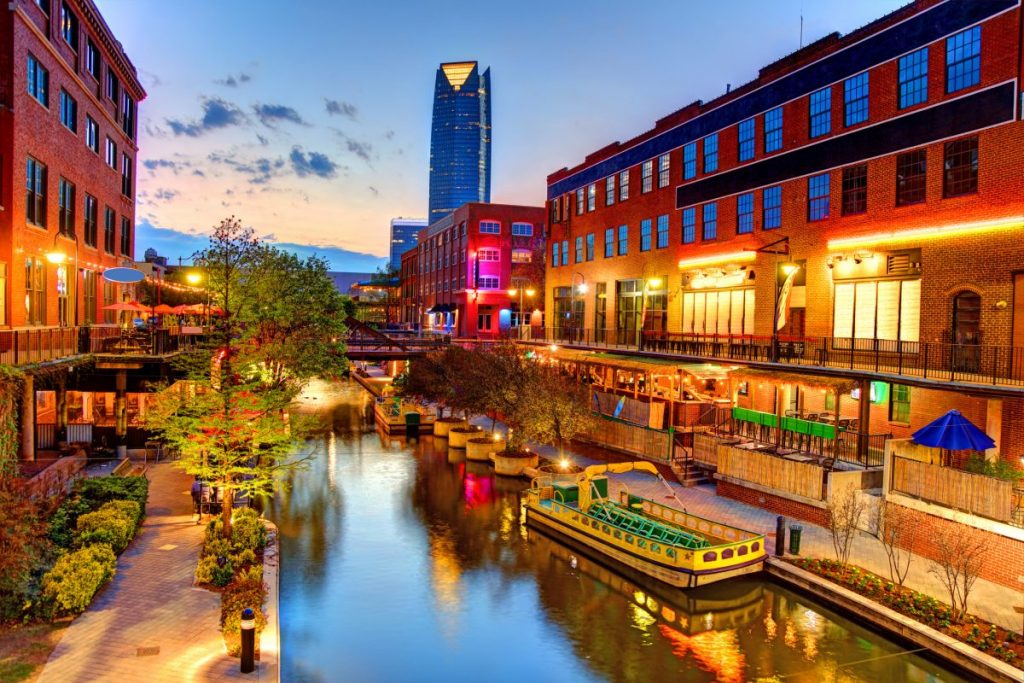 See Hundreds of Skeletons at the Museum of Osteology

Bricktown may very well be the backbone of Oklahoma City, but the rest of its bones likely reside behind the walls of the Museum of Osteology. As strange an attraction as this might seem at first, its claim to fame is being America's only skeleton museum. Although the building seems small from the outside, the museum has hundreds of skeletons of all creatures great and small. You'll learn so much in just an hour here, about how our skeletons work and move to just how different or similar we are to our fellow mammals. Furthermore, the museum is also in the middle of nowhere and the drive there is equally as glorious. 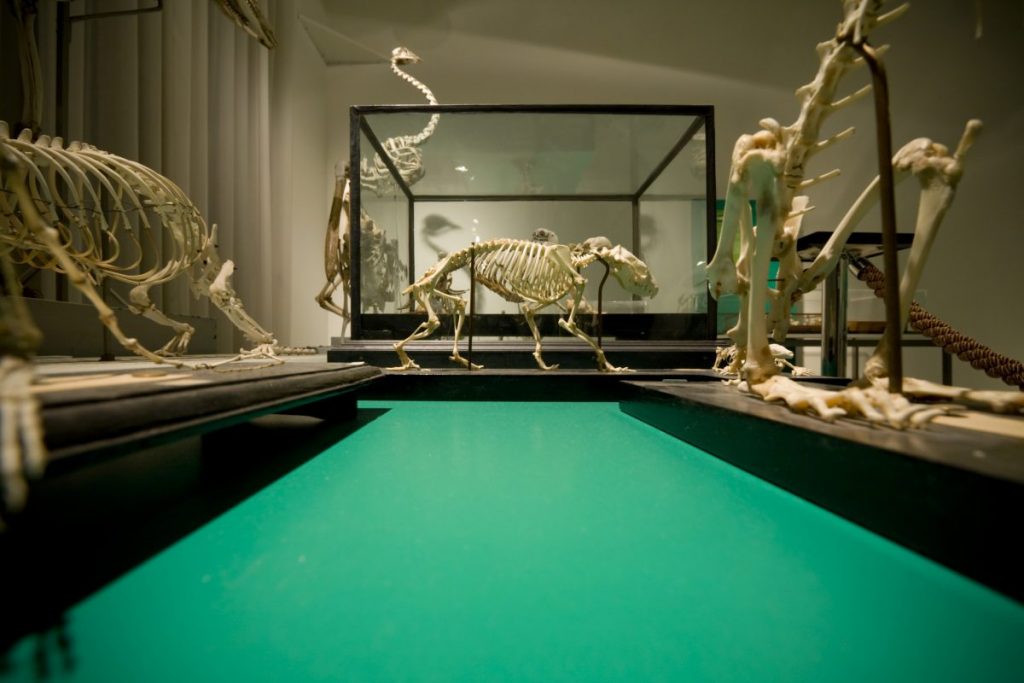 Bask in the Beauty of Arcadia Lake

Arcadia Lake, on the Deep Fork River, is an expansive reservoir that drums up some of the best sunsets in the State of Oklahoma. While this isn't the biggest lake, its park and surroundings offer plenty of things to do for people who are keen on the outdoors. Sometimes, the city can get too much, and it's good to have somewhere to escape to. Arcadia Lake has a small entrance fee of $6, but it's a place you can spend the entire day, have a waterside barbecue, or camp at during the night. On top of this, the kids will love a trip to the nearby Storybook Forest. 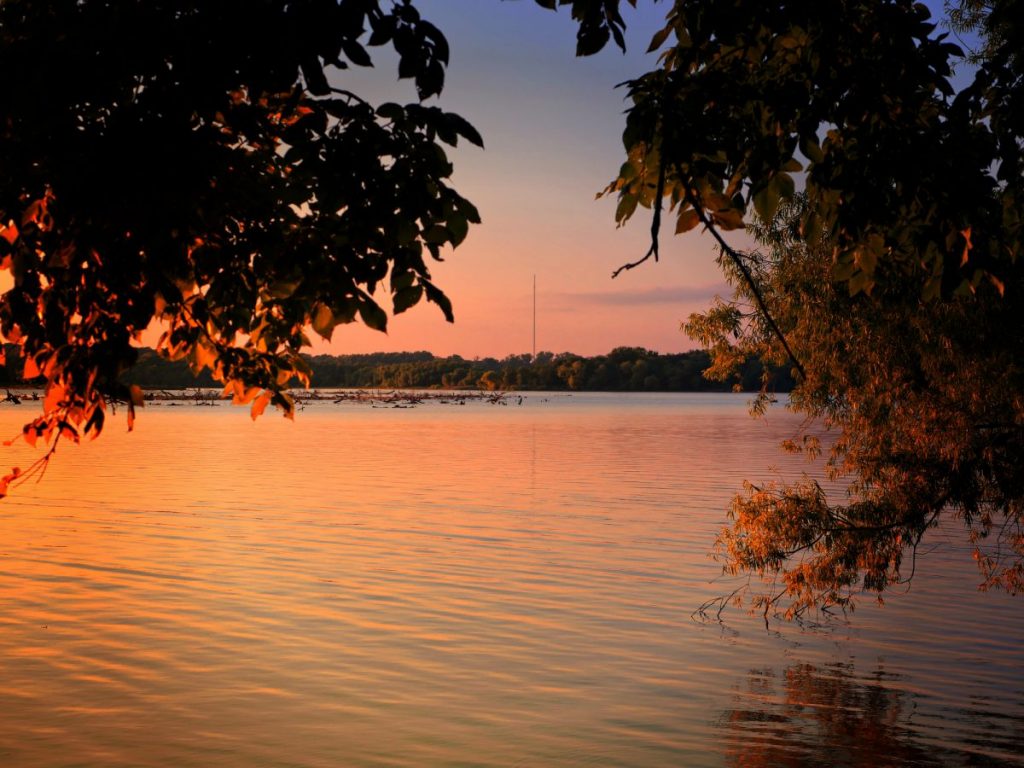 Meet the Animals at the OKC Zoo

Zoos have come a long way from the days of small enclosures. Oklahoma City Zoo provides its animals with 119 acres of land. The zoo is open year-round, with the only exceptions being Thanksgiving and Christmas, and admission is incredibly reasonable - especially if you're traveling as a group. At OKC Zoo, you can take walking trails, visit the camels, giraffes, and rhinos, or see what events are coming up soon. In addition to the surroundings and thousands of species of animal, the park prides itself on accessibility for all. Every part of the zoo is ADA accessible, and sensory sensitivity equipment can be picked up on entry. 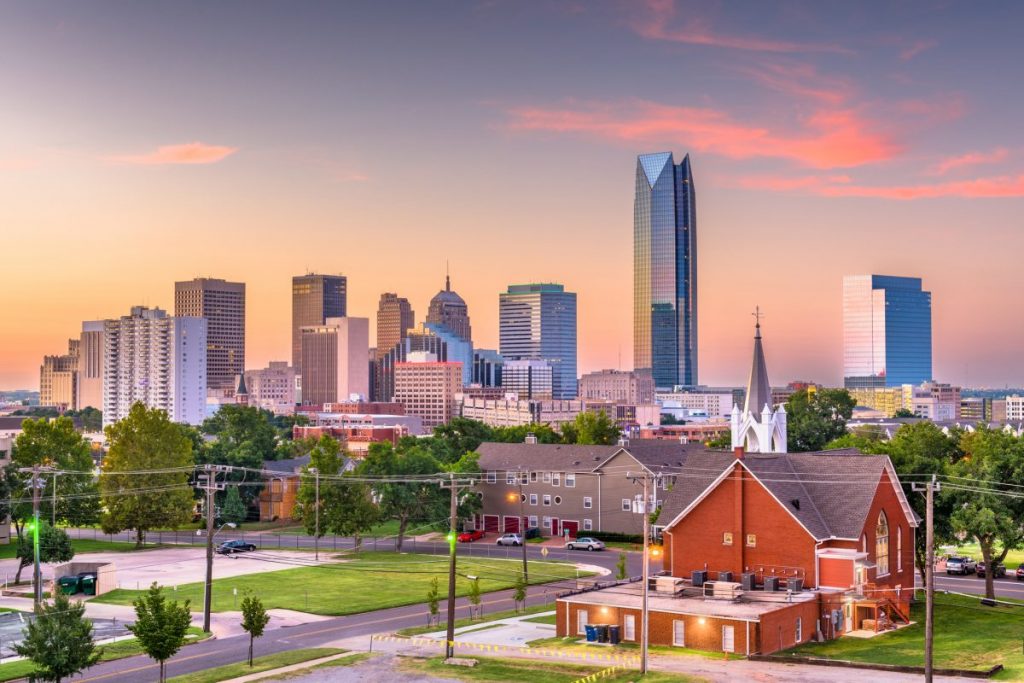 Take the Kids to Frontier City

No attraction beats a theme park for a real summer vacation, and the Wild West-themed Frontier City seems to have it all. Not only is it Oklahoma's only theme park, but it's also been bringing joy to Oklahomians and visitors for more than 60 years. Frontier City is the kind of theme park experience that is as fun for kids as it is for grandma or grandpa. It's jam-packed with traditional scents and sights that flip the nostalgia switch in all of our brains. Its attractions include a haunted mine, staged robberies, and a replica of a Western town that even Westworld would envy. 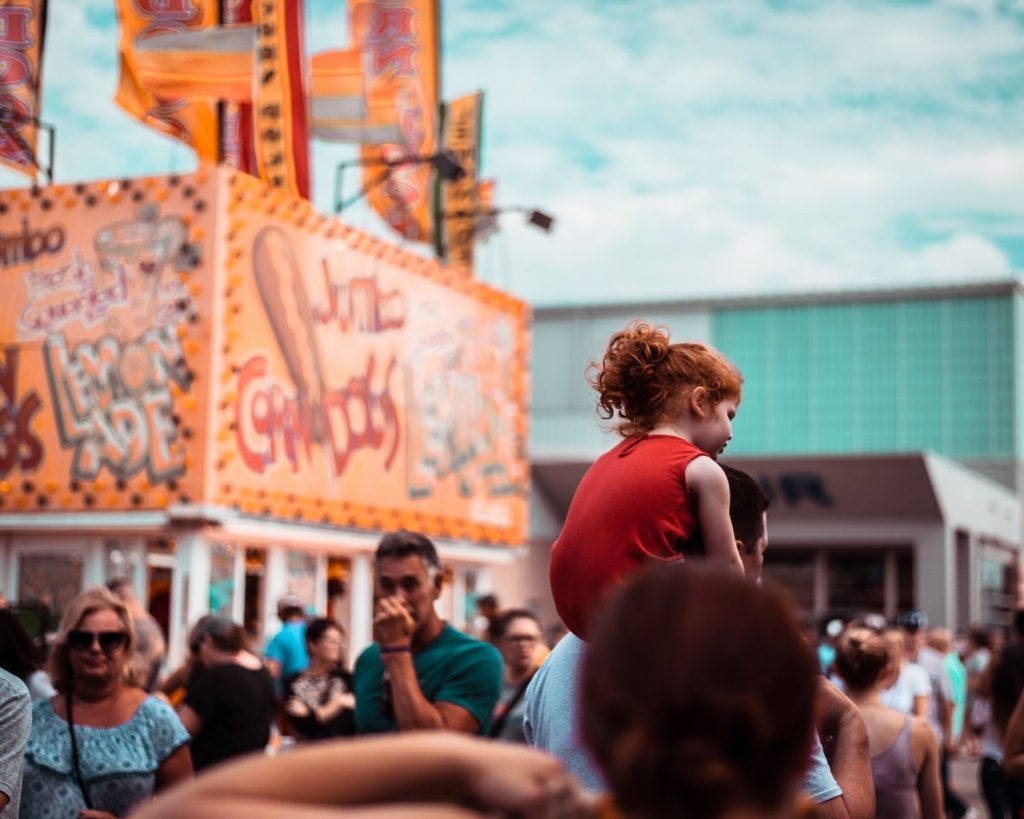 Expand Your Mind at the Science Museum

As well as being home to Oklahoma's only theme park, OKC is also home to its only interactive science museum. Located next door to OKC Zoo and covering more than 350,000 square feet, this place has everything from dinosaur skeletons to the world-class Kirkpatrick Planetarium. Kids and adults can all learn about the science that surrounds us and is developing around us every day. There are hundreds of interactive exhibits and events for people of all ages, including 21+ nighttime events for those without children. Science is magic, and truly, the Science Museum Oklahoma is even more so. 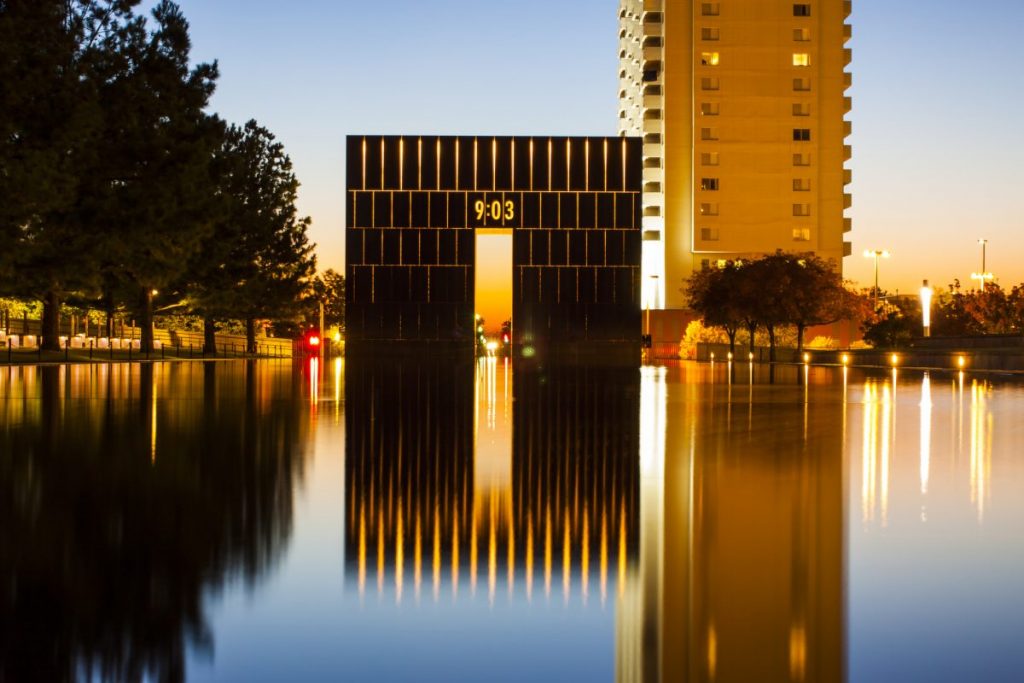