Key West is Your Perfect Getaway

When you’re ready for the perfect getaway, you’re ready for Key West. It is only four miles long and one mile wide but is one of the most beautiful and interesting places on Earth. The aqua blue waters of both the Atlantic Ocean and the Gulf of Mexico surround you. White sandy beaches line its coast. Amazing animal life abounds above, on and below the land. Its history is colorful, and the cultural influences here are diverse. Activities range from laid back to all-out. In Key West, land and seas meet to create a virtual paradise for everyone who visits.

You Can Walk Down Duval Street

Duval Street is a great place to begin your Key West adventure. You can walk, bike or ride along the 1.1 mile, tourist-friendly street. It is a great place to see the cultural diversity that makes Key West so interesting. The shops and boutiques carry a wide selection of eclectic clothes, art, and souvenirs. Cafes boast the aroma of rich Cuban coffee, and Cuban cigar shops are plentiful. Victorian mansions painted in pastel colors line both sides of Duval Street. You can easily see the influence Bahamian and Spanish culture had on their architecture and design. Stop anywhere along the way for food, drink and plenty of people-watching. Also, make sure to try a key lime pie, the signature treat of this amazing city. 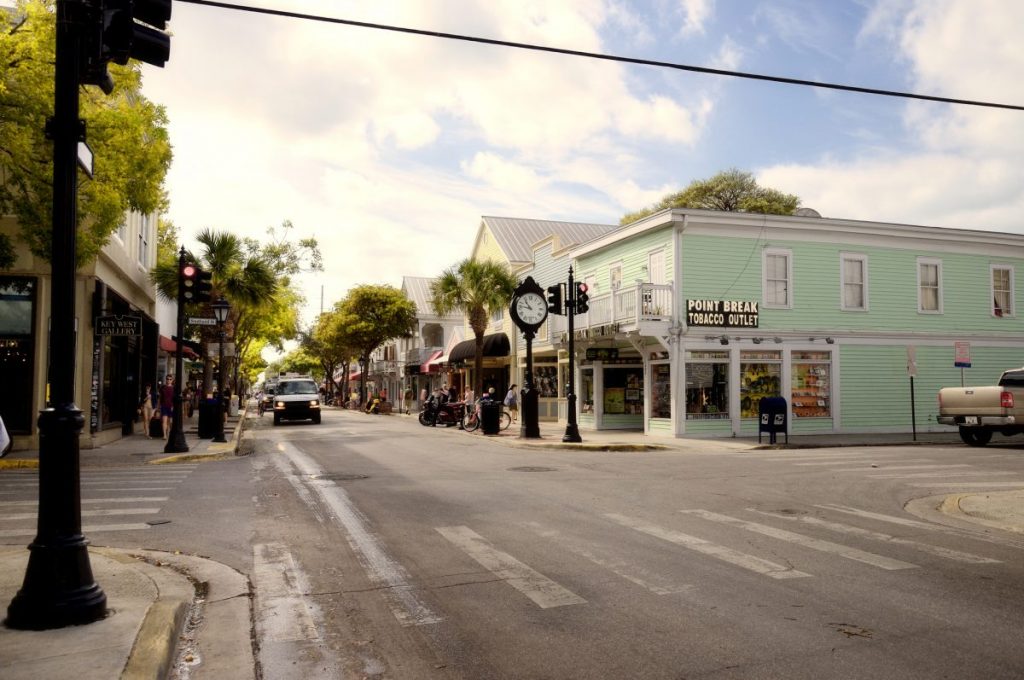 Or You Can Crawl Down Duval Street

The nightlife on Duval Street has a story of its own. Many popular bars are there, including Jimmy Buffett’s original Margaritaville and Sloppy Joe’s. The Duval Street Crawl is a tradition in Key West. You start at one end of Duval Street, usually the Sunset Pier or Hogs Breath Saloon, and then work your way down Duval by stopping at each bar along the way. It is an interesting way to celebrate in the island atmosphere there, but not for the faint of heart. They don’t call it a “crawl” for nothing. Just make sure you have a designated driver or safe ride home. 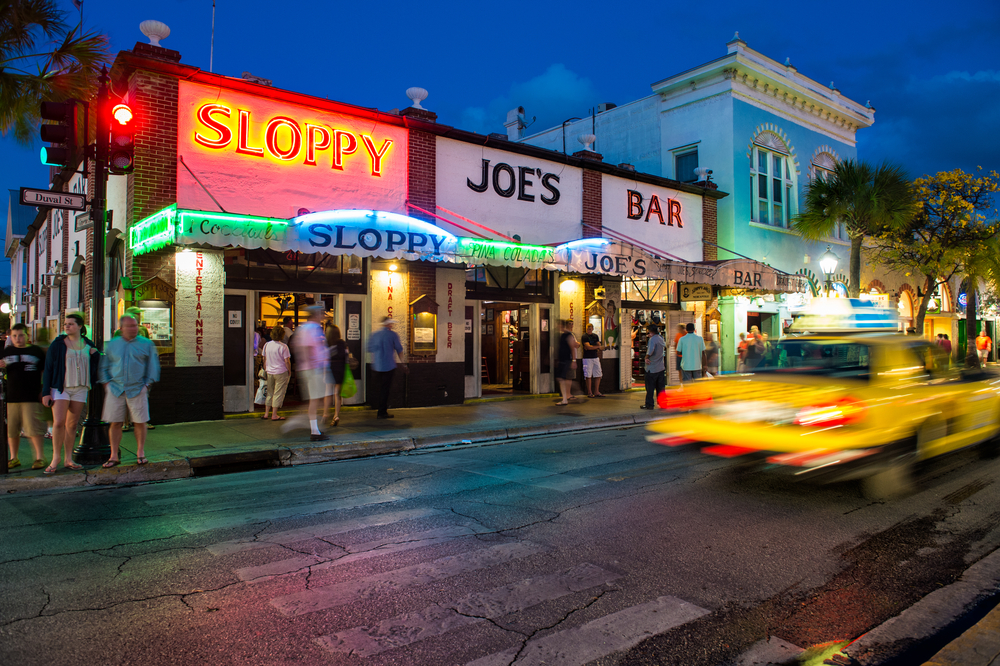 Watch the Most Amazing Sunsets at Mallory Square

Mallory Square hosts the most breathtaking sunsets you’ll ever see. It is located just before the beginning of Duval Street, where the island meets the water. This is the hub of social life in Key West, and with good reason. The celebration begins every evening, two hours before the sun goes down. Street performers gather here to display their talents. Restaurants and bars abound, and each has its own spectacular view of the sun setting over the ocean. There is also a large courtyard with plenty of free seating available. Mallory Square is the epitome of what Key West is all about - beauty, fun, adventure, and people of all walks living together in harmony. No one wants to miss that, and the city ensures no one has to. 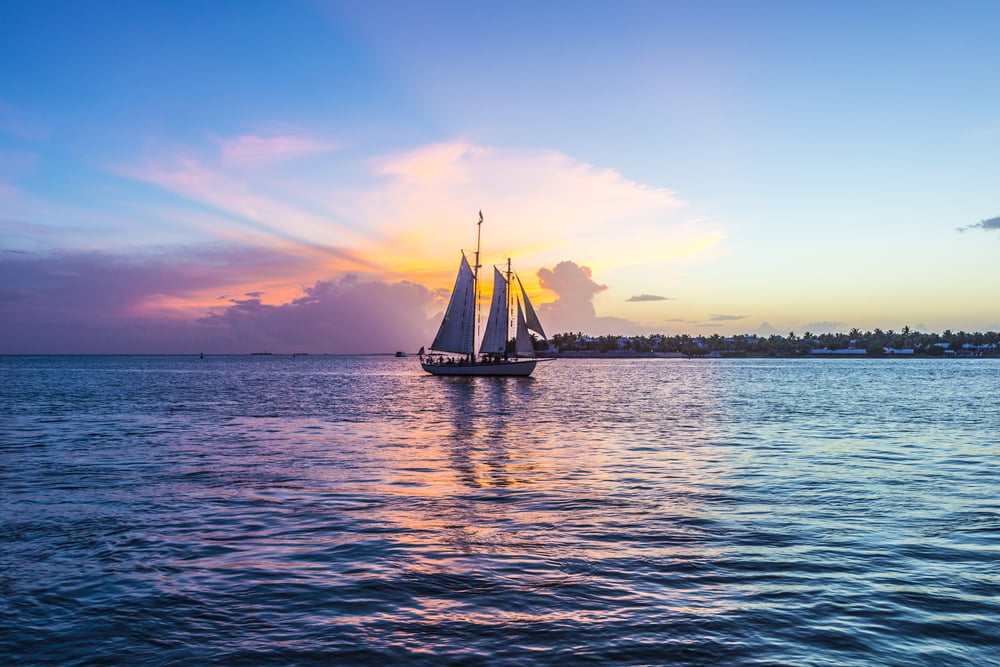 The Conch Train is a historical tour of the city that you just can’t miss. Key West is known as the Conch Republic because it attempted to gain independence in the 1980s. This was following an incident during the Mariel Boatlift era of Cuban emigration to the U.S. On the Conch Train; you will explore several of the places in Key West that represent the spirit of that attempt. Stops include the homes of independent thinkers like Ernest Hemingway and Harry S. Truman. You will also visit several museums and landmarks that further explain Key West’s character. Conservatories and botanical gardens that showcase its natural beauty are also on the tour. The Conch Train provides a great education of what Key West is really all about. 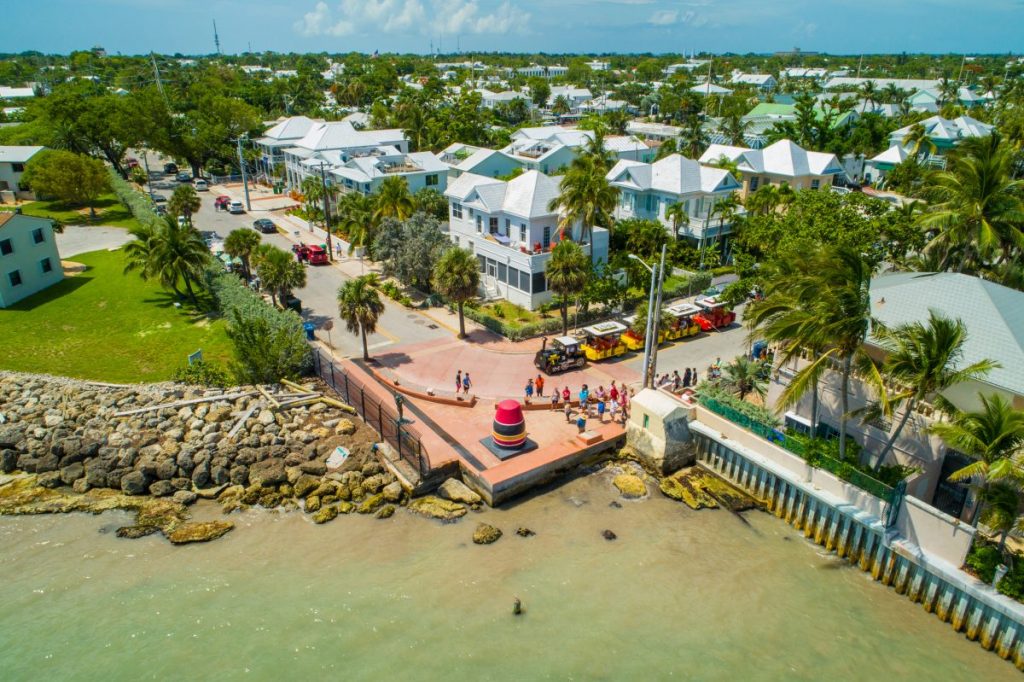 Visiting Ernest Hemingway’s house is a must on your Key West vacation. He adored Key West and made it his home for many years. He created several of his famous works right there, and many of his characters had ties to the island city. You will see his home as he left it, and get a real feel for his love of the place. You can also see descendants of his beloved six-toed cat - there are over 40 of them running around there! The Hemingway Days festival is held each year during July to honor this Key West icon. Dress in your best Hemingway look-alike gear and join the festivities! They include poetry readings, a Marlin fishing contest, and special museum exhibits. You can even run with some wildly creative bulls during the event. 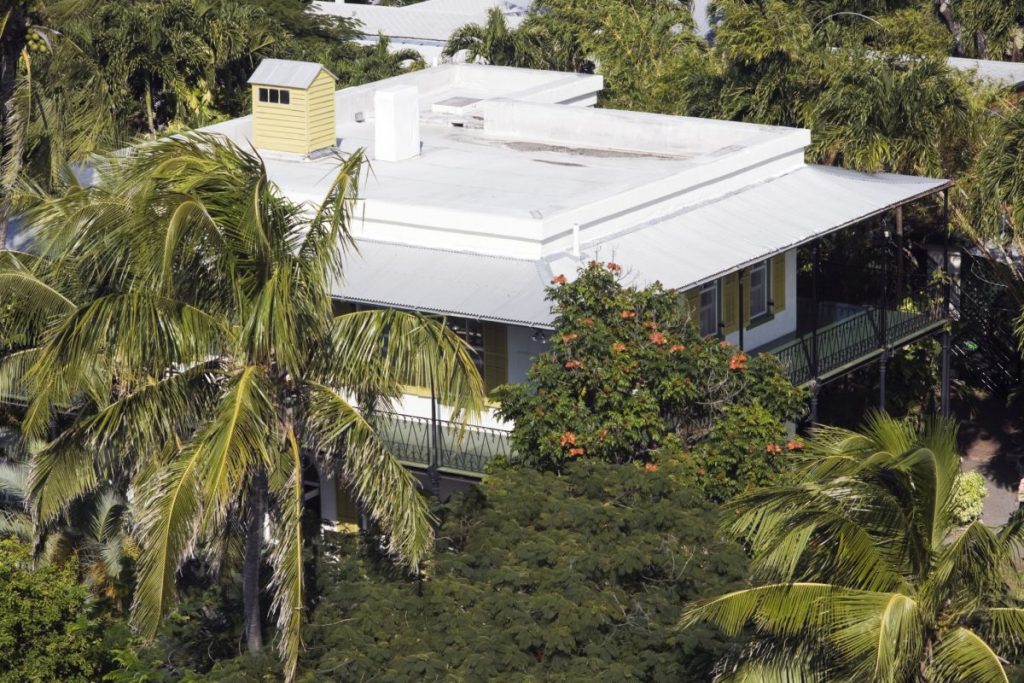 Head South Til You Can't Go Any Further

You will find the southernmost point of the contiguous U.S. in Key West. Actually, there are two places there that share the distinction. One is at Fort Zachary Taylor Historic State Park, which is the truest southernmost point. It is located at an old military fort used to protect the U.S. from outside forces and by the Union army during the Civil War. It is now a park and museum, and definitely worth a visit. The southernmost buoy is the second such landmark in Key West. It may not be accurate, but it is still one of the most photographed places in the world. It started as a small sign but has been turned into the large concrete buoy you see today. The buoy is a true Key West icon, so make sure you don’t miss out on this memorable photo opportunity. 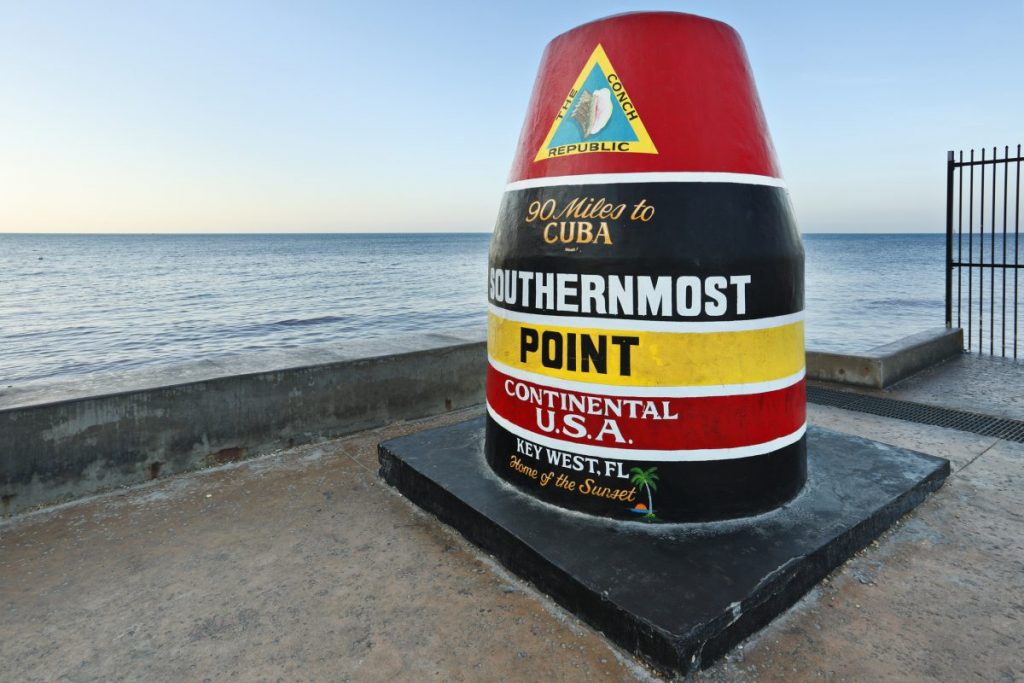 Climb to the Top of the Key West Lighthouse

It takes 88 steps to get to the top of the Key West Lighthouse. The view once you get there is worth every one. The original lighthouse was built in the 1800s, but only barely survived the hurricanes that struck over the years. It has since been restored and is now a complex that includes a lighthouse museum. Explore its rich history and enjoy the incredible view while doing so. 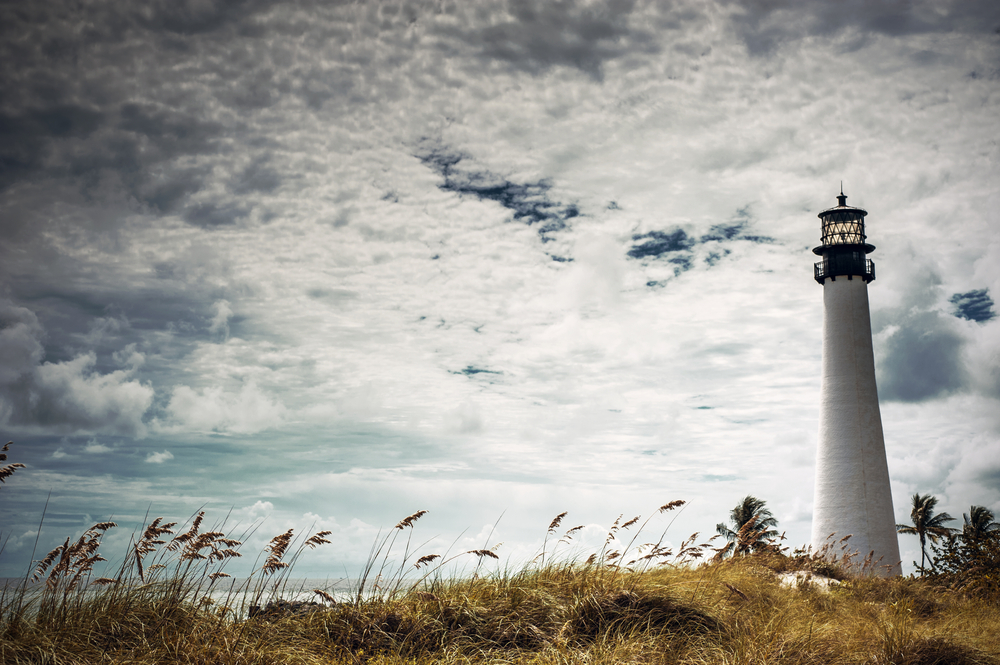 See the City from a Different View

Key West is beautiful to explore on land. Get a different view from the water, by taking a sunset sail around the island. There are many companies that offer a cruise around Key West. Most include drinks and some light food. All of them are host to incredible scenery. The waters around Key West are beautiful enough on their own. Add a perfect sunset and a view of the city from the boat, and your camera may be full by the time you’re cruise is done. 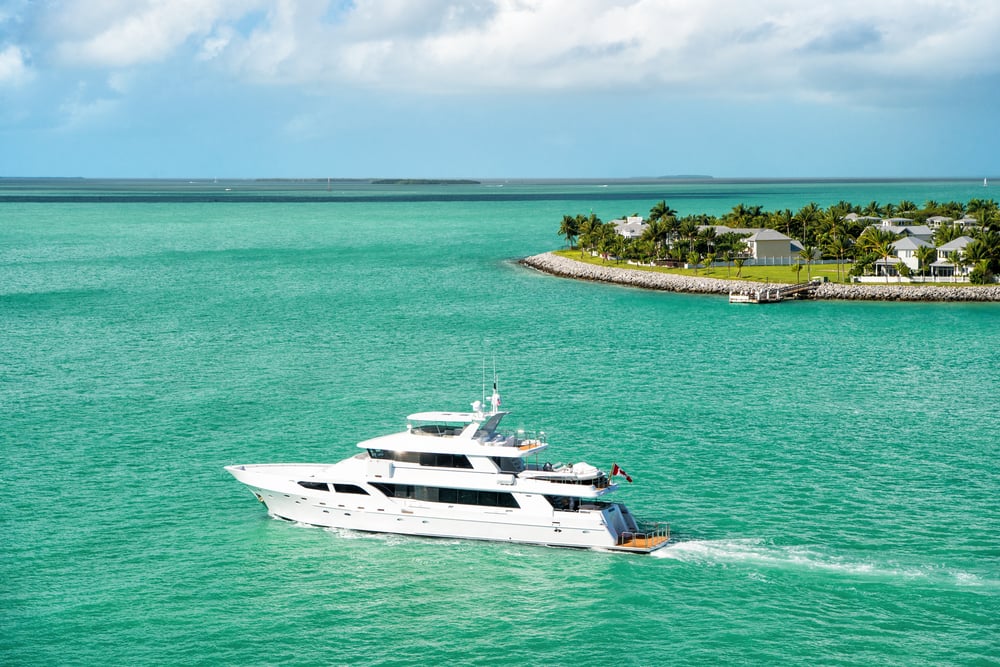 Be Yourself at Fantasy Fest

One human family. That is Key West’s official motto, and no event is greater proof of that expression than Fantasy Fest. It is a celebration of life like no other, held each October. People get dressed in ridiculous costumes and parade down Duval Street in a mix of dance, music, and laughter. The event started with a parade made up mostly of the large LGBT community in Key West. However, it has since grown to include anyone who wants to celebrate the diversity of people. Come get your dazzle on and join this festival of fun, creativity, and inclusion. 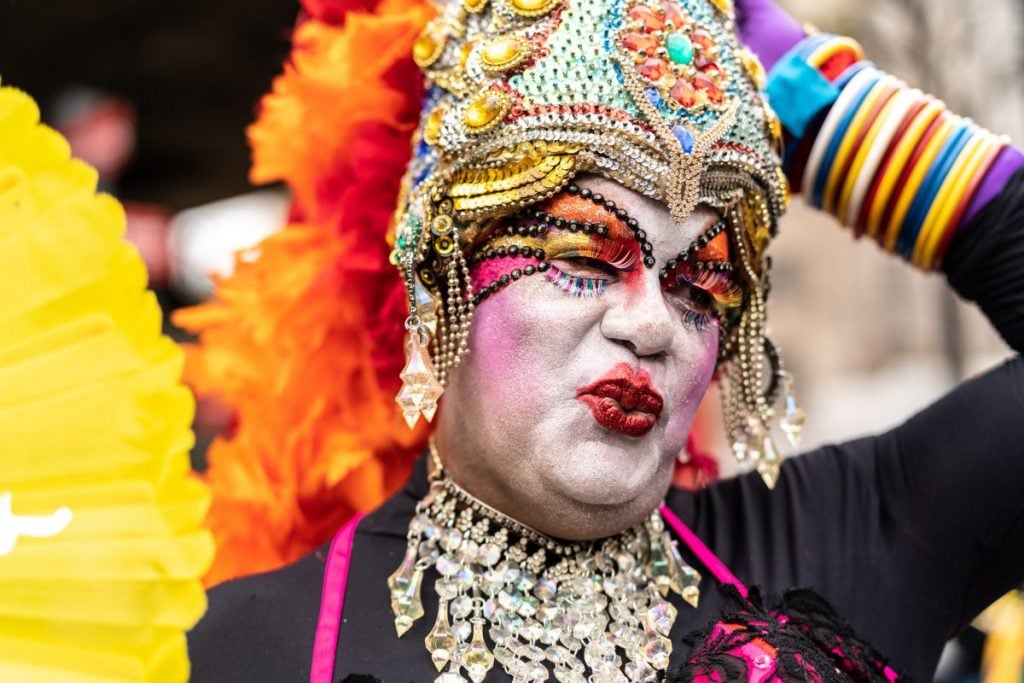 Your trip to Key West will not be complete until you get in the water. Key West is home to the only living barrier reef in North America. The sea life is abundant, with fish of every color under the sun swimming all around. In addition, there are several shipwrecks to explore. Not certified to scuba dive? No worries. Classes are available that teach you all you need to know in as little as one day. You can also snorkel to several of these underwater sites if scuba diving isn’t your thing. 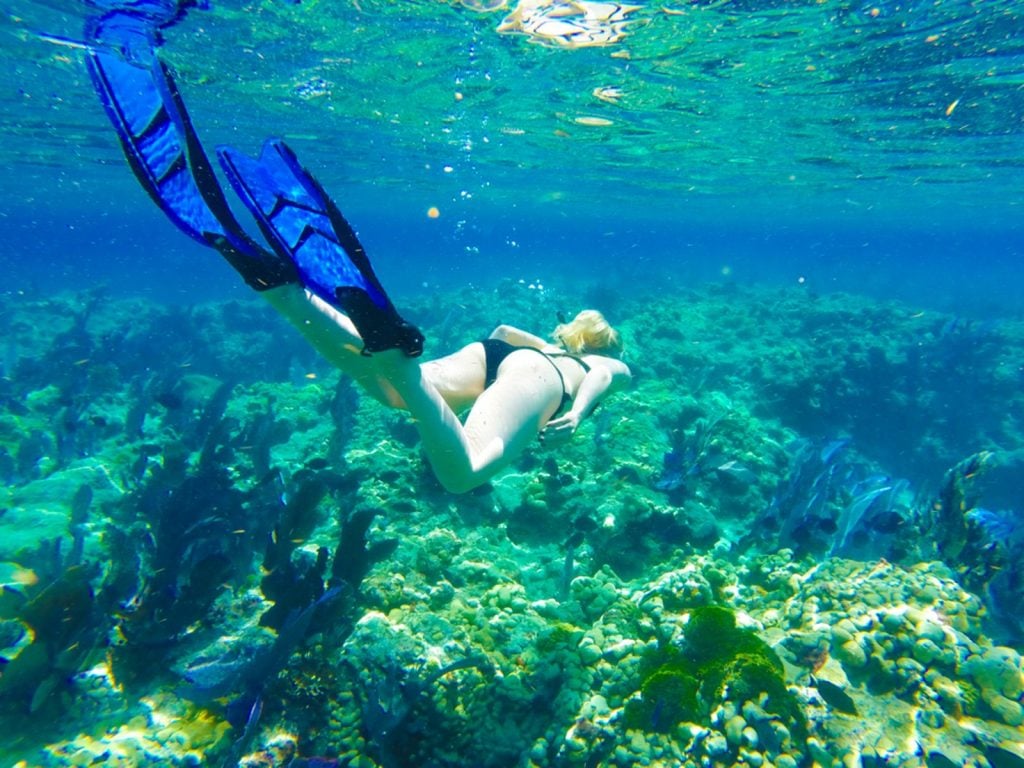