Interesting Things to Do in Vermont

The hinge of New England, Vermont is known for its glowing red and orange fall foliage. It’s no secret that the Green Mountain State is a gloriously beautiful one, but it’s also so much more than just three months out of the year. Although Halloween in Vermont is the picturesque, American vision of the holiday and pumpkins on doorsteps make for the true, fall feeling, there are so many more things to do in Vermont than you might realize.

Built in 1867, Wilson Castle is a large home in Proctor which is also home to the Vermont Marble Museum. Its red brick facade stands out from the lustful green trees that surround it during the summer and is one of the only castles in the United States. In previous years, the building fell into disregard, but thanks to new owners, it has now been brought back to life. Open daily to visitors between May and October; you can either take a tour or tour it yourself. Either way, be sure to ask the guides about the resident spirits. 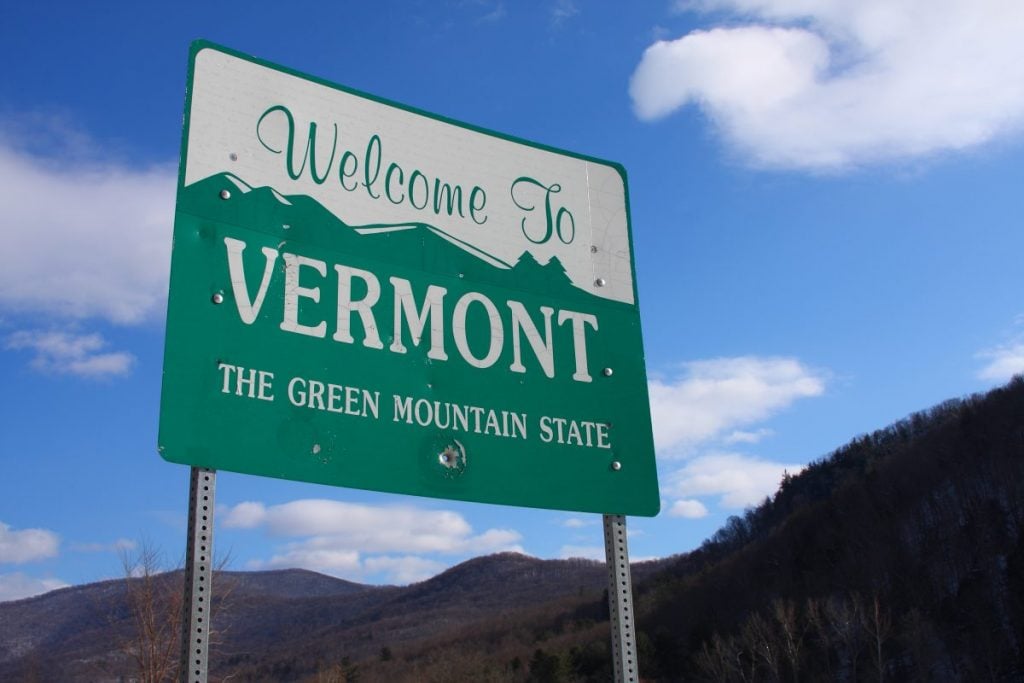 If you're lucky enough to be traveling with your dog, there are things to do in Vermont for Rover, too. Dog Mountain exists on 150 acres of private mountaintop trails that are always open to visitors and their dogs. The grounds are ripe with exciting hiking trails and ponds in which your dogs can swim. In fact, dogs are encouraged to run around, play, and make friends with other dogs. Every year, Dog Mountain attracts more and more visitors from all over the world. Why should your dog miss out? 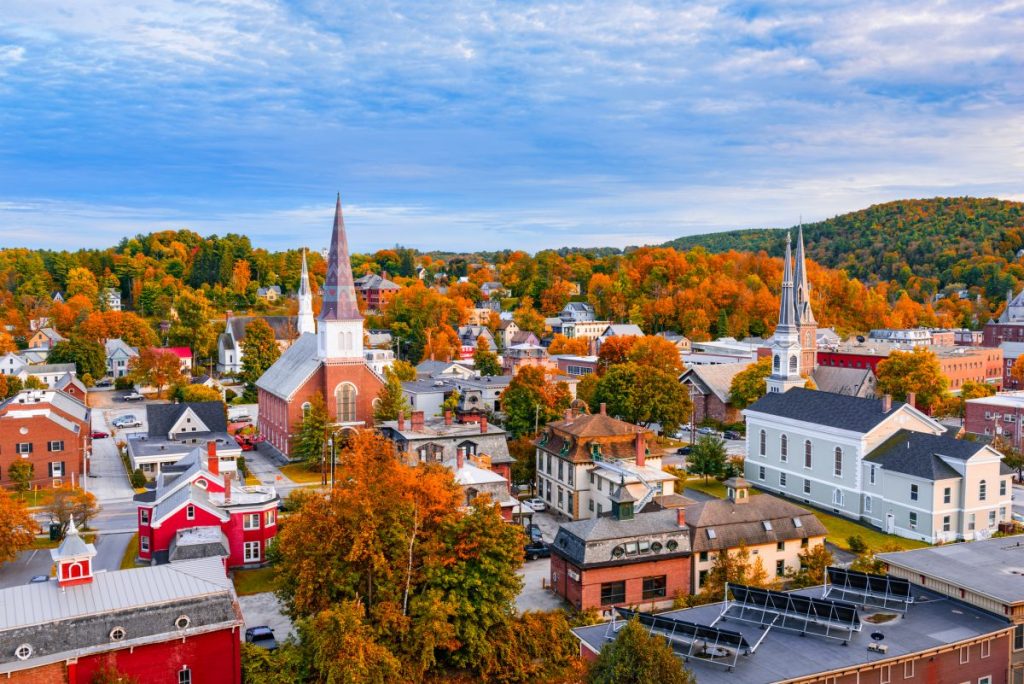 Dip into the Rock of Ages Granite Quarry

This quarry is the world's biggest deep-hole granite mine with 600 feet of it beneath the water. Visiting the Rock of Ages quarry can be an educational and exciting adventure, with plenty to do to learn. There's also an active granite plant that you can walk around, watching huge slabs of granite be moved, cut, polished and engraved. Those granite gravestones you see in cemeteries all over North America? They're likely made here. Tours are only $5, and it's such a strange location, you might find yourself coming back. 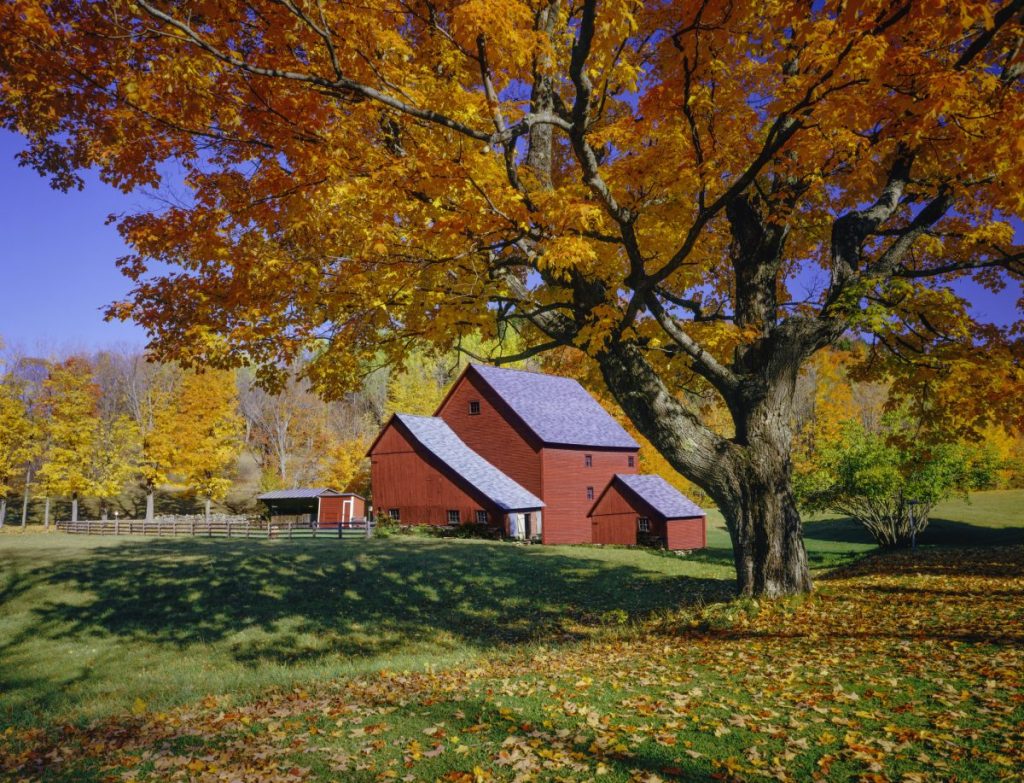 Hildene, in Manchester, was the summer home of the eldest of Abraham Lincoln's four sons, Robert. The house then stayed in the Lincoln family until 1975 when the second-to-last of the descendants passed away. Hildene is a beautiful, well-preserved home based on 412 acres that visitors can explore. As well as the dwelling itself, the grounds include a Lincoln Exhibit, a cheese-making facility, and the "Many Voices" exhibit, which is a site on the African American Heritage Trail. There is also a new agricultural project for visitors consisting of a greenhouse, an observation deck, and a floating boardwalk. Hildene has come a long way since its halls were occupied by Robert and his wife, Mary. 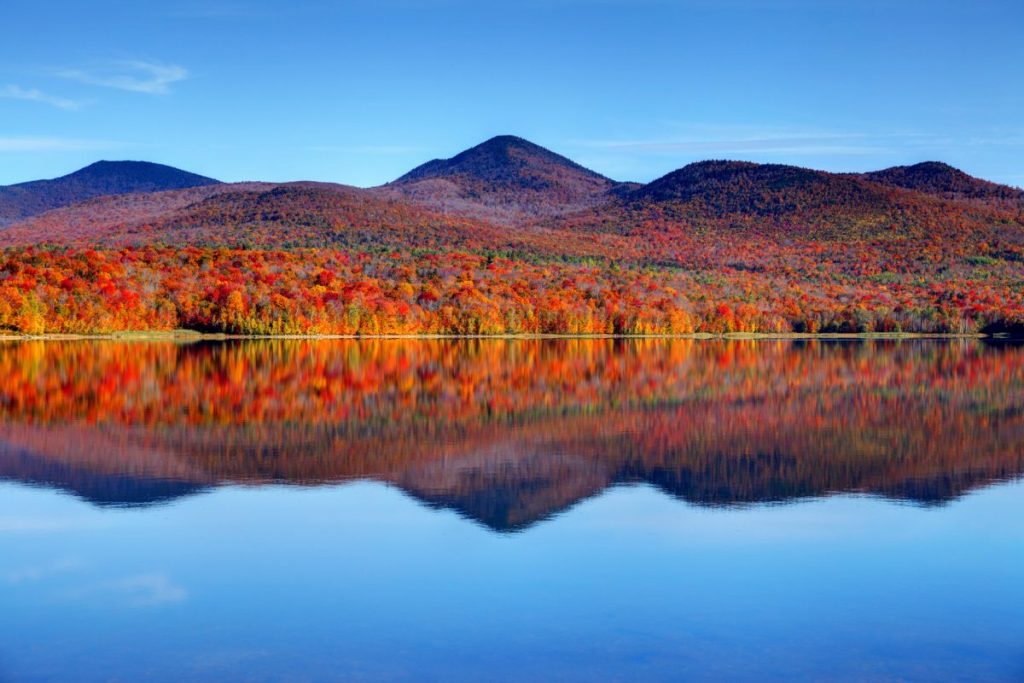 Go get some ice cream

Who doesn’t love Ben & Jerry’s? The ice cream giants opened their first ever ice cream stall in Burlington in 1978. Indeed, the nation’s favorite ice cream is more than 40-years-old. The factory tour itself is in Waterbury. There, visitors can learn how Ben & Jerry make their ice cream so delicious. As well as touring the factory, you can also visit the Flavor Graveyard. This is a spot to pay your respects to the flavors that didn't stand the test of time yet still exist in our hearts. Long live Vermonty Python. 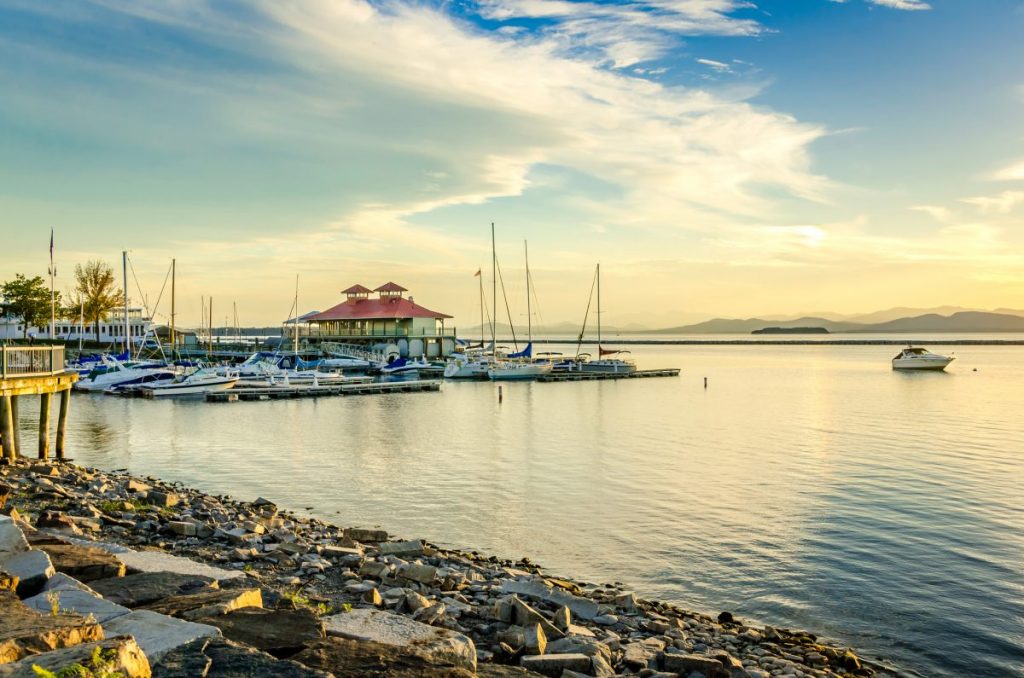 Of all the things to do in Vermont, you have to visit at least one farmers' market. However, there are so many good ones; you might have trouble choosing which one. While there is no right or wrong answer here, Burlington Farmers Market is one of the biggest and gold standards when it comes to its competitors. Open every Saturday from 10 am to 2 pm, visitors can mingle with hundreds of crafty vendors selling everything from delicious vegetables to gorgeous flowers, freshly baked goods, cheeses, and an atmosphere that is not to be trifled with. 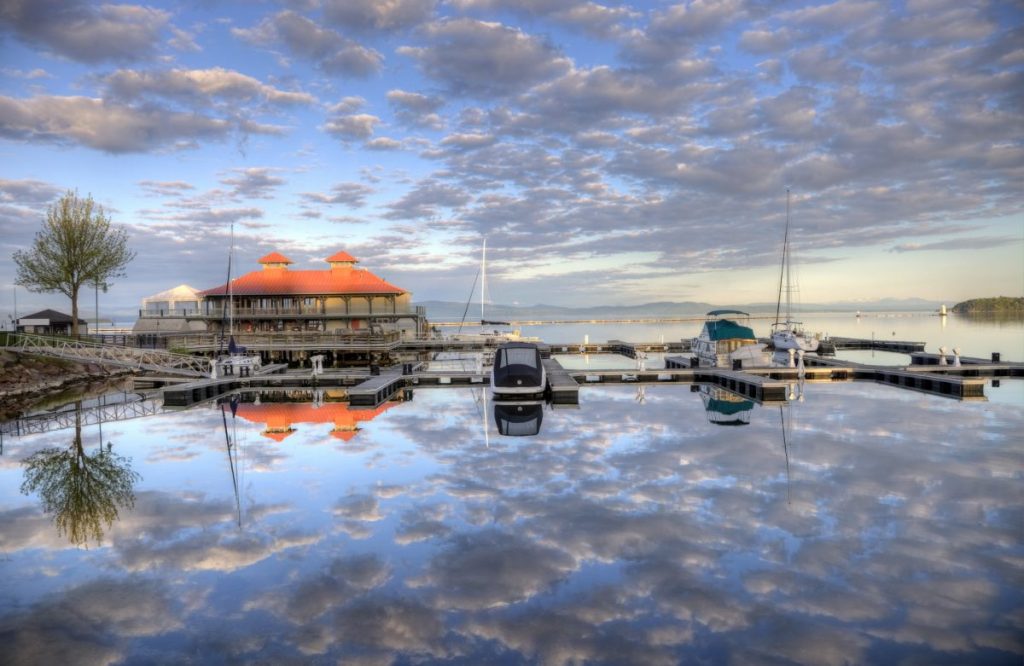 Take in the Equinox Preservation Trust

Spread out over more than 914 acres on the eastern side of Mount Equinox; the preservation is open to the public all year long. If you want a more bourgeoisie trip to Vermont, you can stay in one of the guest rooms or suites inside of the main hotel or the more intimate inn. The land also boasts a spa and golf resort that you can relax in, and for those who prefer adventure, there are over 11 miles of carefully marked and maintained trails. 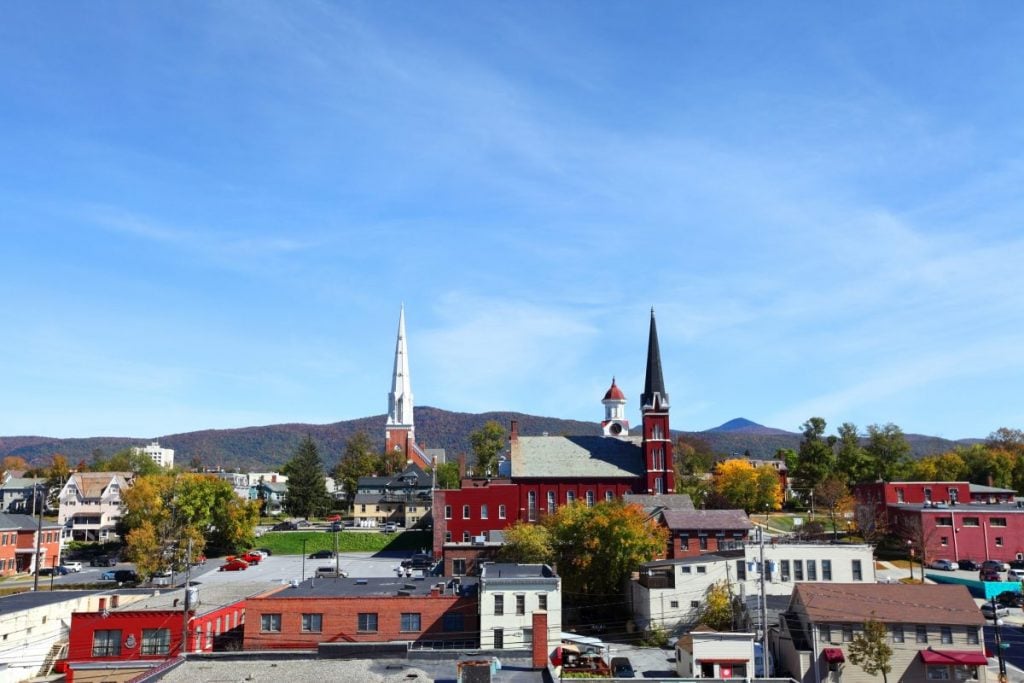 Cyclists, runners, and walkers alike will live for what is locally known as the rec path in Stowe. The path is 5.3 miles long, free to use, and takes its visitors on a journey through truly Vermont countryside at all times of the year. Vermont is beautiful year-round, so no matter what time of year you're visiting, you can take yourself on the scenic ride from the historic Stowe Village to a truly Vermontian covered bridge. 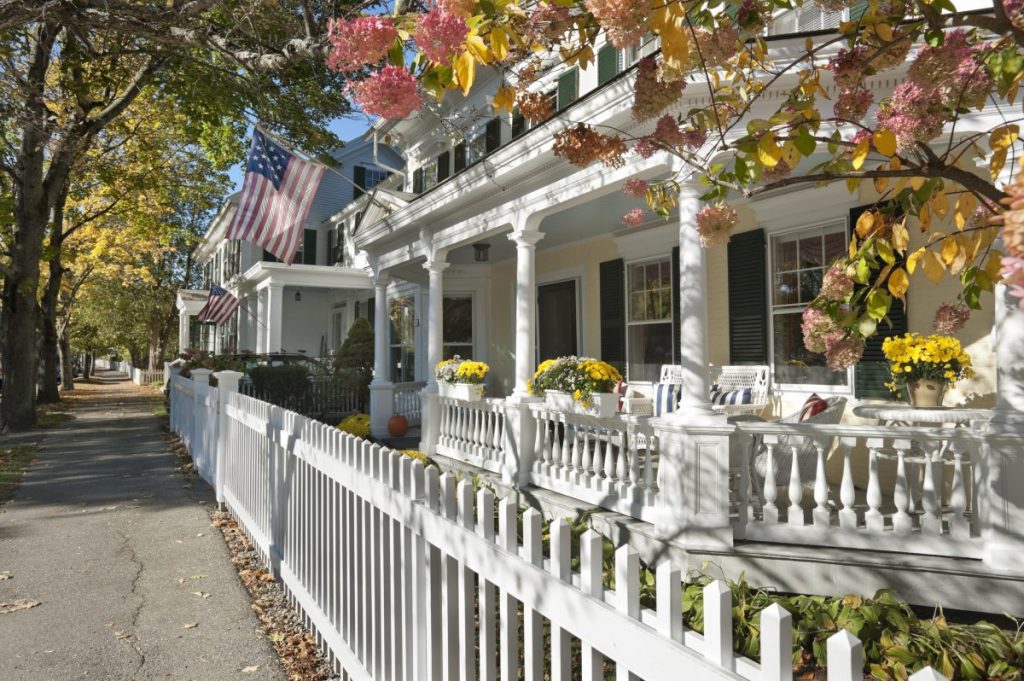 Allegedly home to Nessie's cousin, Champy, Lake Champlain in Western Vermont is a stunning breadth of natural water. The largest and widely revered as being one of the most beautiful bodies of water in the US, visitors can do everything from taking a boat out onto the lake to swim in it. The lake is almost entirely accessible, with myriad shoreline beaches and parks. As well as this, Burlington Waterfront Park offers inspiring views of the sunset. 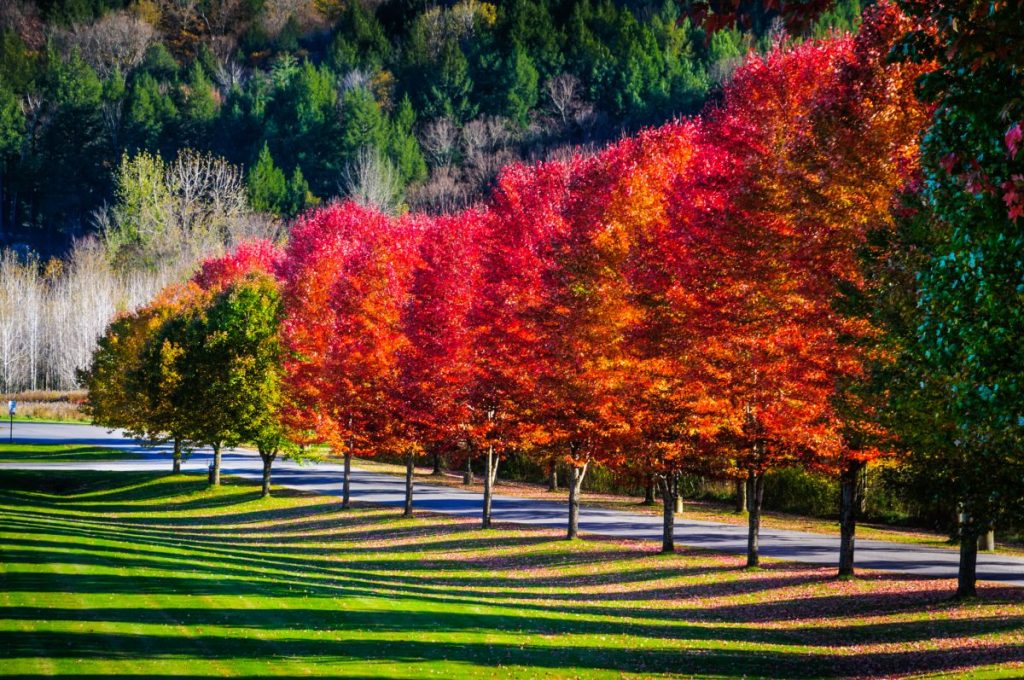 Learn About Americana at Shelburne Museum

There is no museum in the country quite like the Shelburne Museum. A museum filled with some of the most diverse folk art in the country, it displays New England Americana at its finest. With more than 100,000 pieces of folk art, the museum is spread out over 39 different buildings including a rebuilt barn, a lighthouse, and a steamboat. Shelburne is a snapshot of the Vermont of the early 1900s with acres of land dedicated to sharing the state's expansive history. 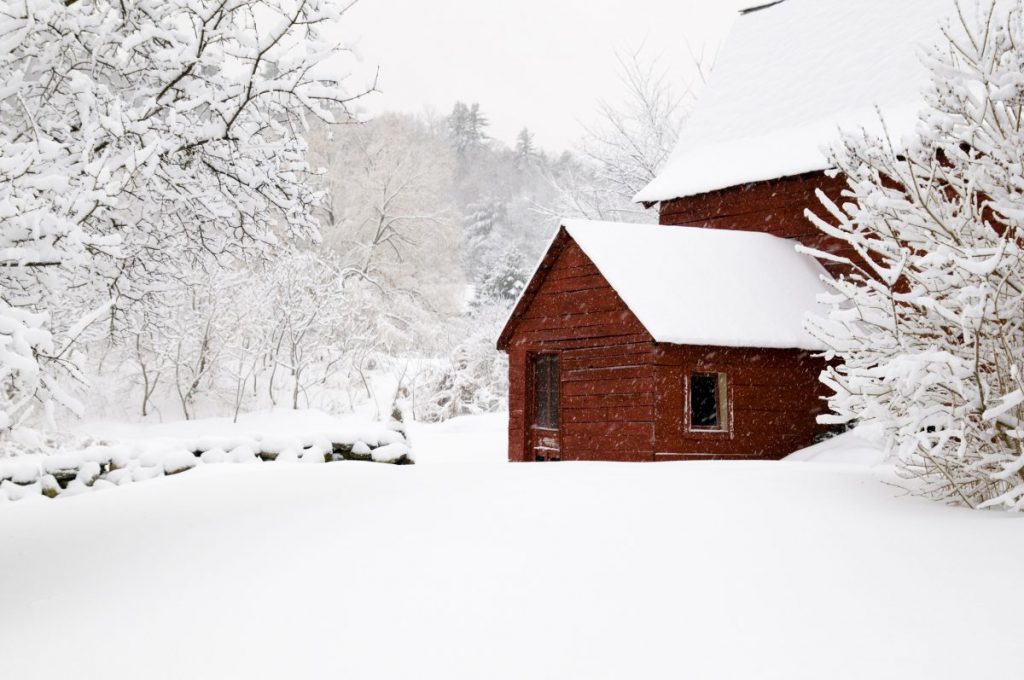