When it comes to finding a beautiful mansion in California, you're spoiled for choice. The home of movie stars and the people who spend their colossal fortunes on the movies mean that when it comes to grandeur and splendor, you can take your pick.

But nothing comes remotely close to Hearst Castle.

Designed by Julia Morgan, California's first female architect, as a private home for William Randolph Hearst, it is a 165 room castle with 127 acres of gardens, and wraparound views of the incredible Central Coast.

Does anybody need 165 rooms? Of course not, but then this entire building is about wants, not needs. William Randolph Hearst was the kind of man who didn't do things by halves. Hearst was the patriarch of the publishing family and even introduced the world to tabloid journalism as we now know it.

The castle is known as "La Cuesta Encantada," or The Enchanted Hill, although Hearst used to refer to it simply as the "Ranch." The property is built within a 40, 000 estate owned by Hearst's family, and was where they would go on family camping trips when he was young. The castle was constructed between 1919 and 1947. 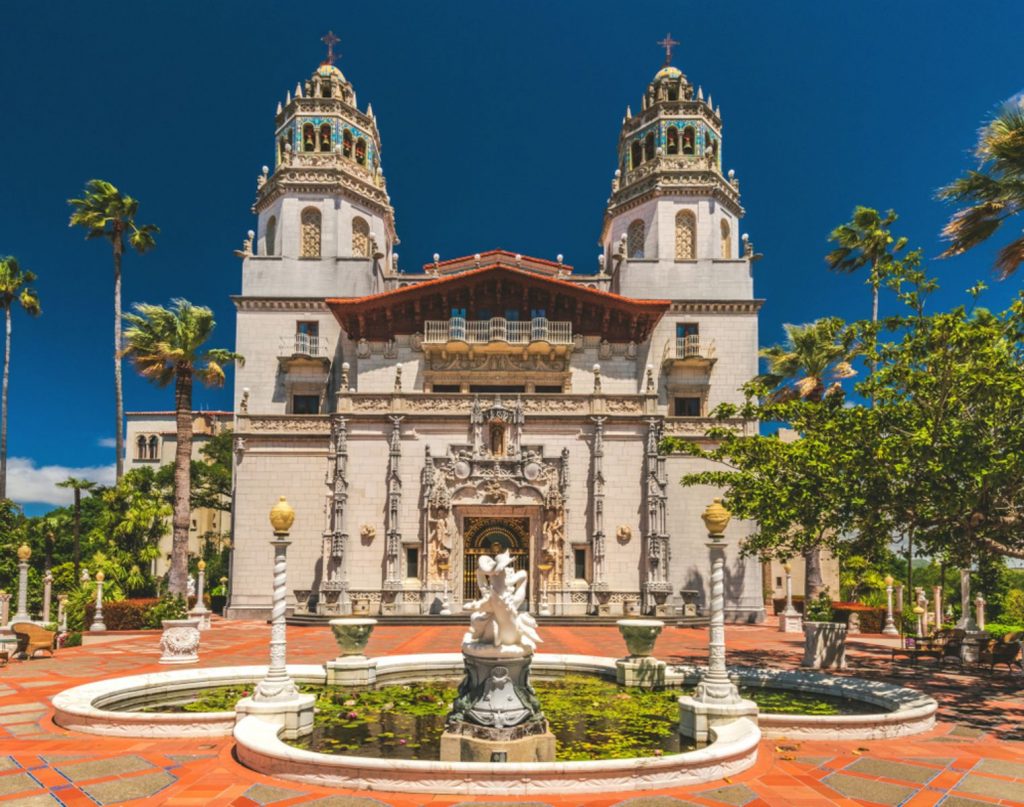 History of the Hearst Castle

In 1919, Hearst commissioned the first female Californian architect, Julia Morgan, to build a family home for himself, his wife, and their five sons. However, by 1925 Hearst had divorced his wife, and so the actress Marion Davies lived in the property. During this time, they entertained anybody who was anybody; from actors such as Buster Keaton, Clark Gable, and Greta Garbo, to politicians like Winston Churchill, or literary champions like PG Wodehouse and George Bernard Shaw. 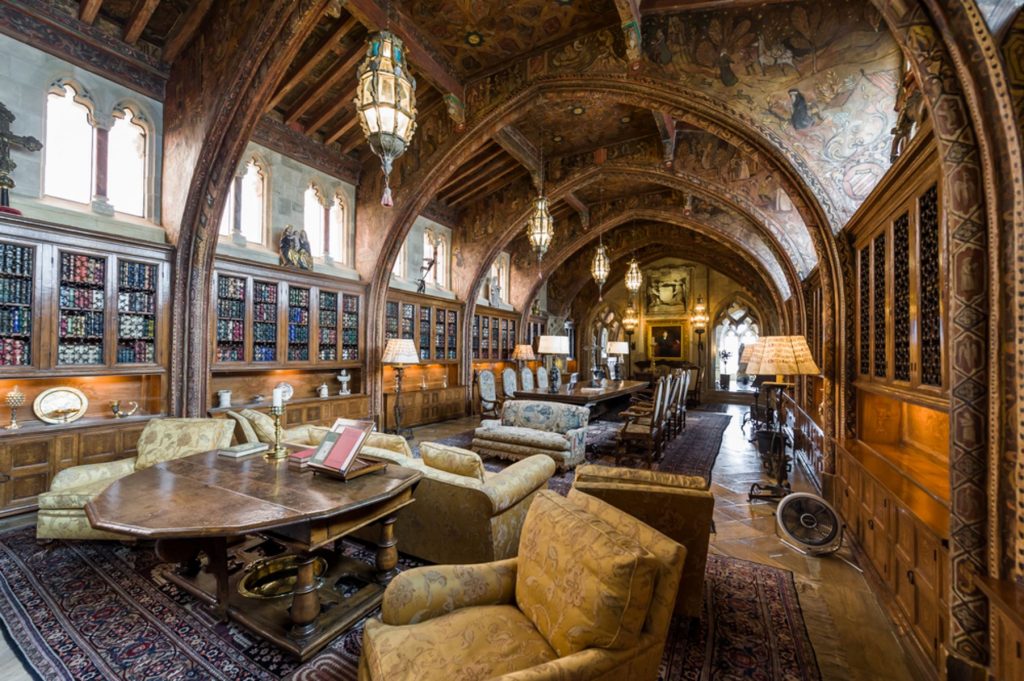 Much has been made about the parties that Hearst threw at the castle. Visitors would meet at Casa Grande, the main house, and enjoy drinks in the Assembly Room. From there, they would move on to dinner in the Refectory, before watching one of the latest movies in the Theater. The three guesthouses: Casa del Mar, Casa del Monte, and Casa del Sol, provided luxury accommodation.

Hearst castle was under near-constant construction for nearly twenty years and only paused during the outbreak of the Second World War. Morgan restarted the project from 1945 until Hearst left the castle in 1947. 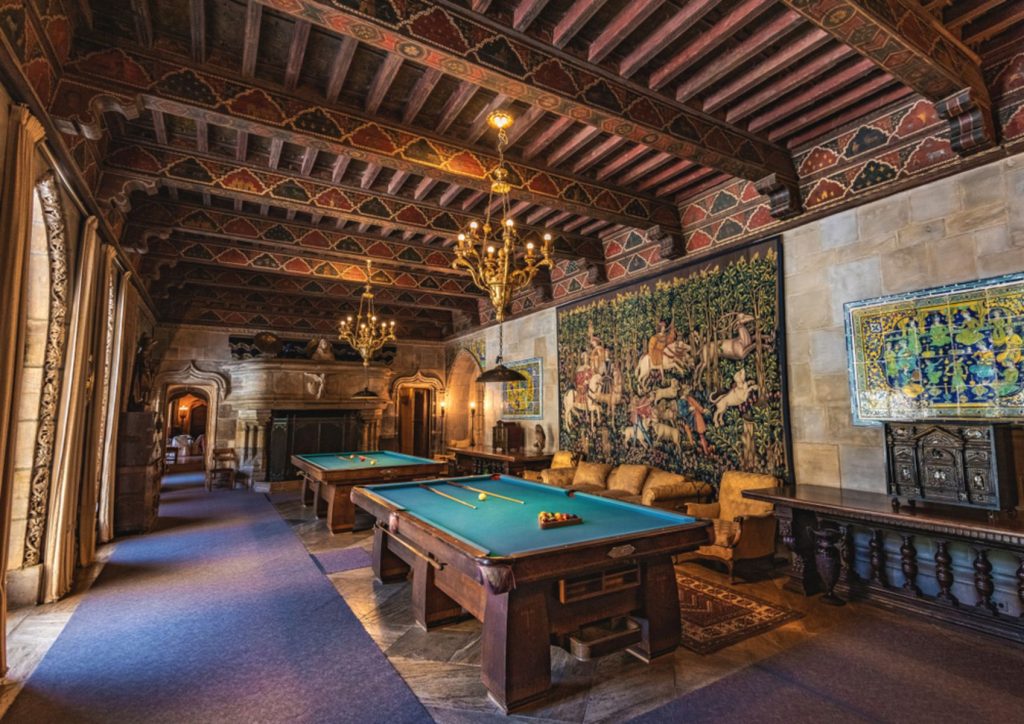 The Cost of the Castle

When it came to how Hearst handled his money, he had an unorthodox approach - which involved often using money from his various companies on personal projects. This means that it's hard to get an actual dollar amount for Hearst Castle, but when the Hearst Corporation closed the Hearst Castle amount, Morgan gave a breakdown of construction costs.

The total build amount came to $4,717,000, without furnishings or decorations. 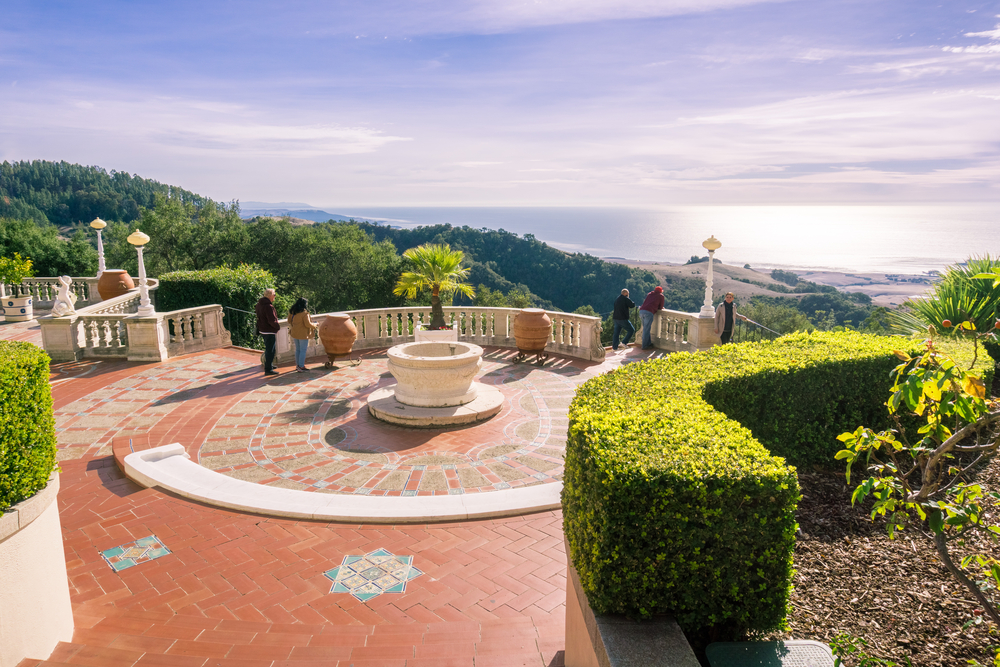 The Castle After Hearst

In 1958, just over a decade after Hearst passed away, the Hearst Family donated Hearst Castle and many of its contents to the State of California. Since then, it was reopened as the Hearst San Simeon State Historical Monument, and around 750,000 visitors a year visit the home and estate.

However, the rest of the estate - around 82,000 acres - still belongs to the Hearst family who came to a land conservation agreement in 2005. Working alongside the American Land Conservancy and the California State Parks Department, the Hearst family are committed to preserving the undeveloped character of the area. 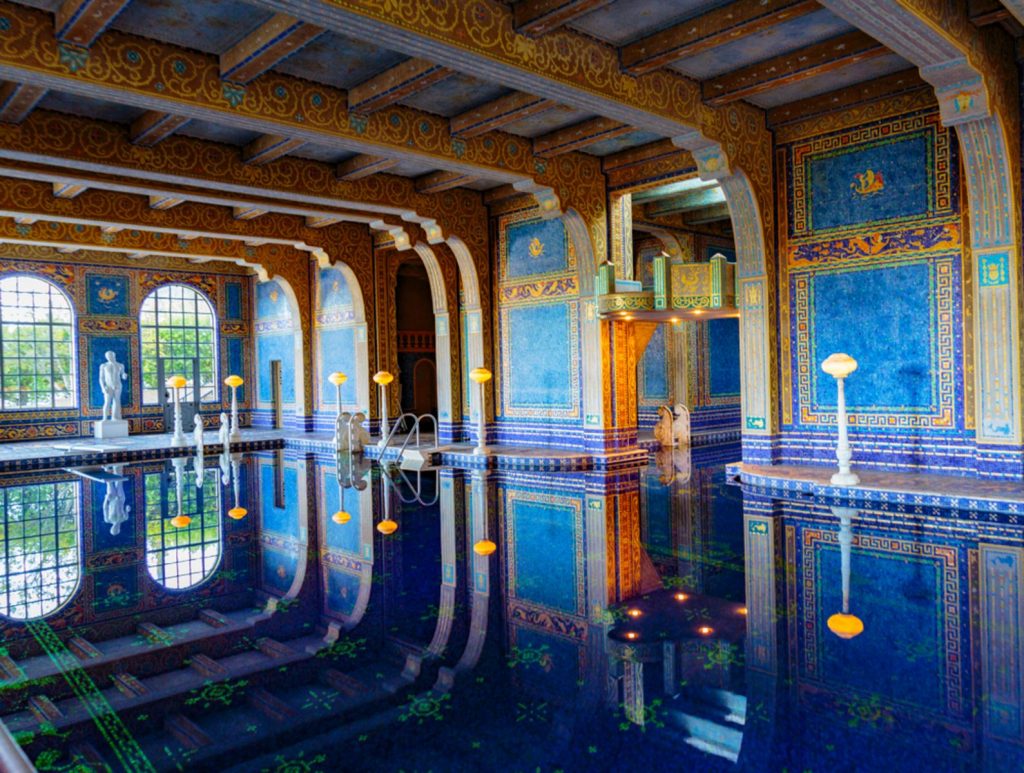 Hearst Castle is so out-of-this-world that it inspired the legendary filmmaker, Orson Welles in his movie Citizen Kane. Today you can explore the castle yourself, and experience the maze-like rooms and structures and Heart's unique take on priceless objects and the utterly mundane. The castle still shows off its stunning walnut paneling and antique tapestries, as well as the poker table where stars of the silver screen won and lost money, or the jigsaw set which made for much more ordinary play time. In the dining room, get a feel for the good life with the silken banners, silver candlesticks, and mustard and ketchup sauce bottles that were also kept on standby! 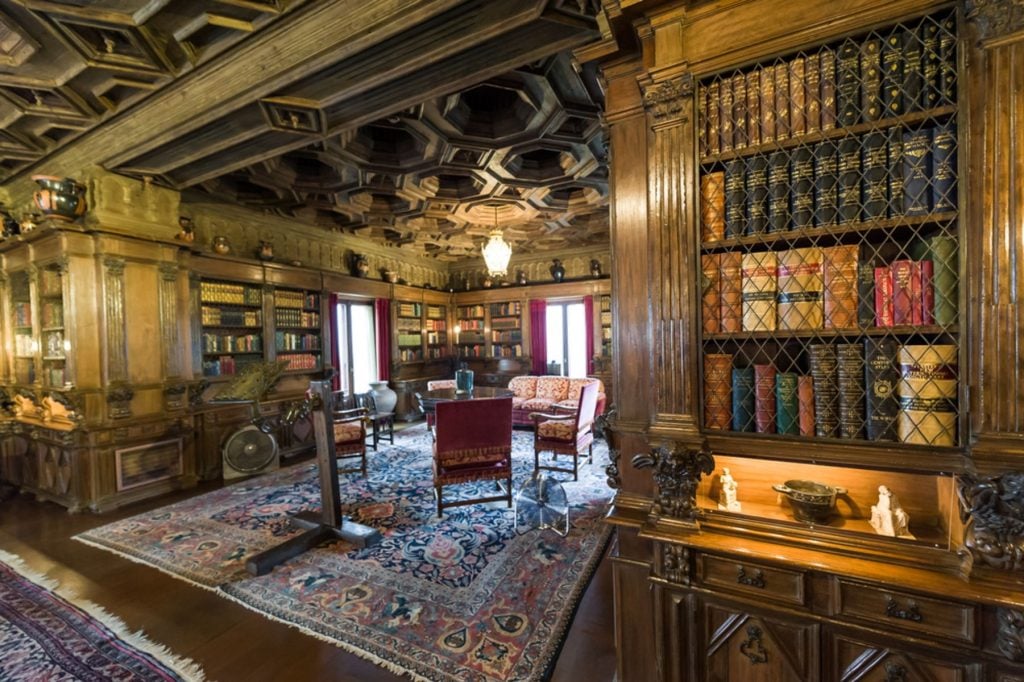 The castle gardens are as lavish and exuberant as the buildings around, with bougainvillea and hyacinths. You don't need to know anything about flowers to understand the sensory overload of smells and colors across the 127-acre gardens, which Hearst and Morgan ensured would always have something blooming. If you're walking through the grounds, feel free to stop a docent - there's history in every part of this incredible property and plenty of insider secrets about Hearst's Hollywood friends who would steal away for a little romance in the nighttime gardens. 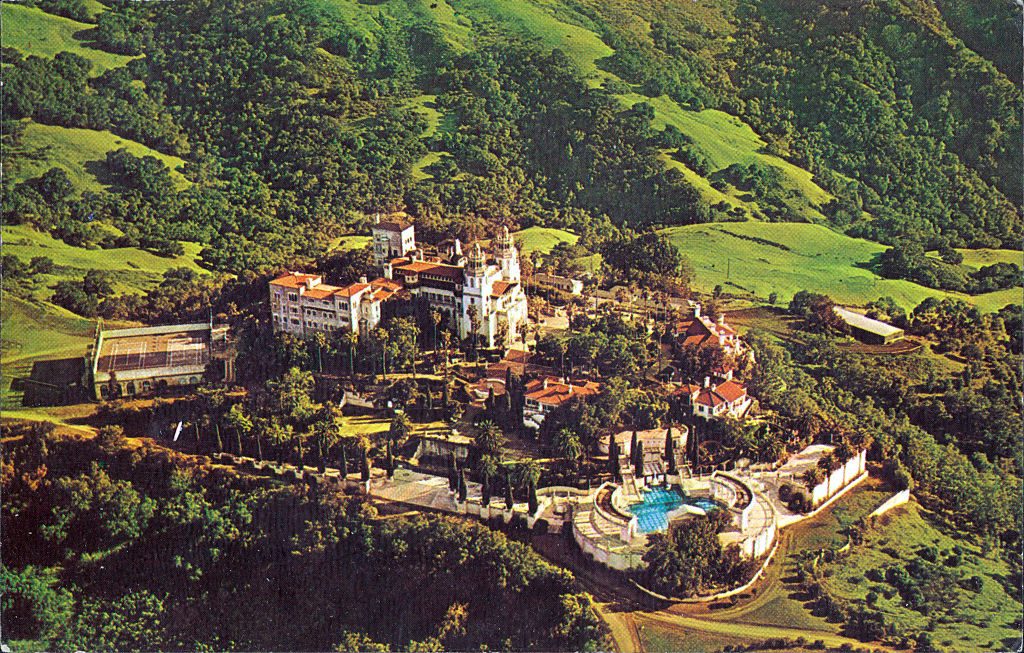 The Cottages At Hearst

To call the three buildings cottages does a disservice to cottages and the overwhelming size and magnificence of Casa del Monte, Casa del Sol, and Casa del Mar. While the main house, Casa Grande, was still under construction, Hearst and Marion Davies lived in the cottages and entertained there.

The cottages enjoy three-story facades, with their own entrance courtyards and specific details individual to the properties - all of which showed the range of scope of Hearst's interests. 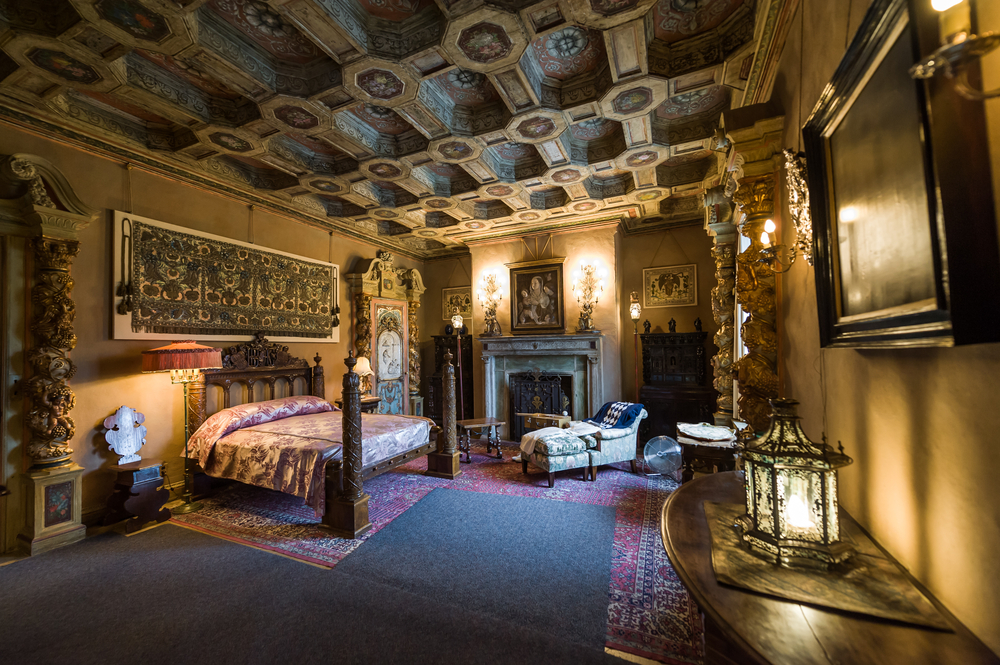 The "House of the Sea," or sometimes referred to as House A.; Casa Del Mar was Hearst's beloved living space during his later life at the property. As you might expect from the name, the property faced towards the stunning sealine. With white walls and the red tiles that are distinctive of Spanish architecture, the detailing in Casa Del Mar is of Renaissance elements - garlands, brackets with heads, and the luxury details. 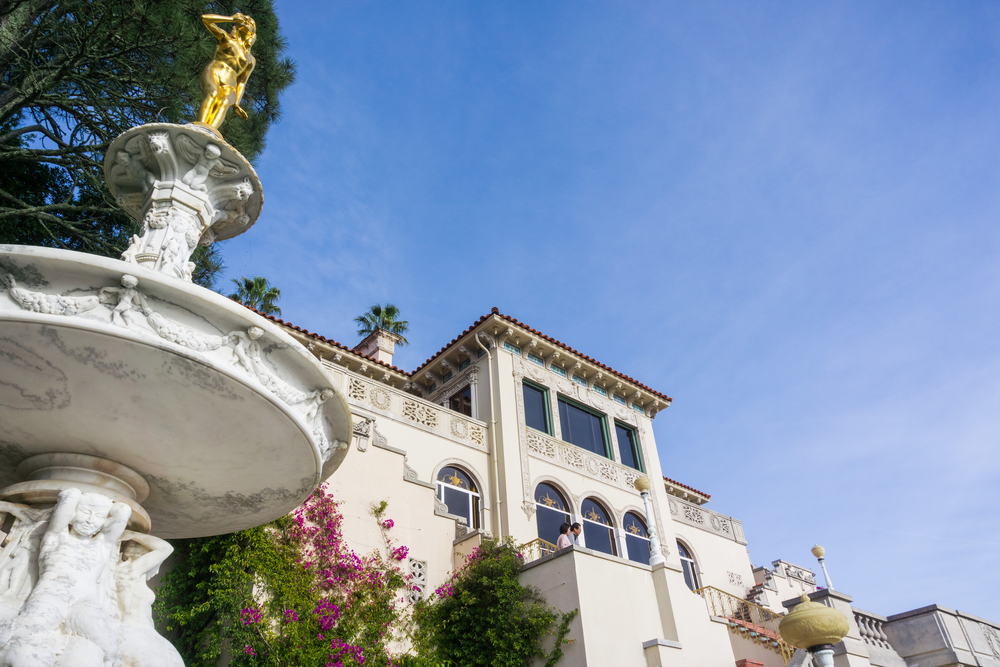 Casa Del Sol got its name because it faces onto the sunset, and was constructed on the hillside below the main house. Cut into the hill; this means that one side of the property has three stories, while the sun-facing side has only one.

In Casa Del Sol, Morgan tried to incorporate pieces of architecture and sculpture which Hearst had bought and imported from Europe. However, the statue of Donatello's David is a copy. 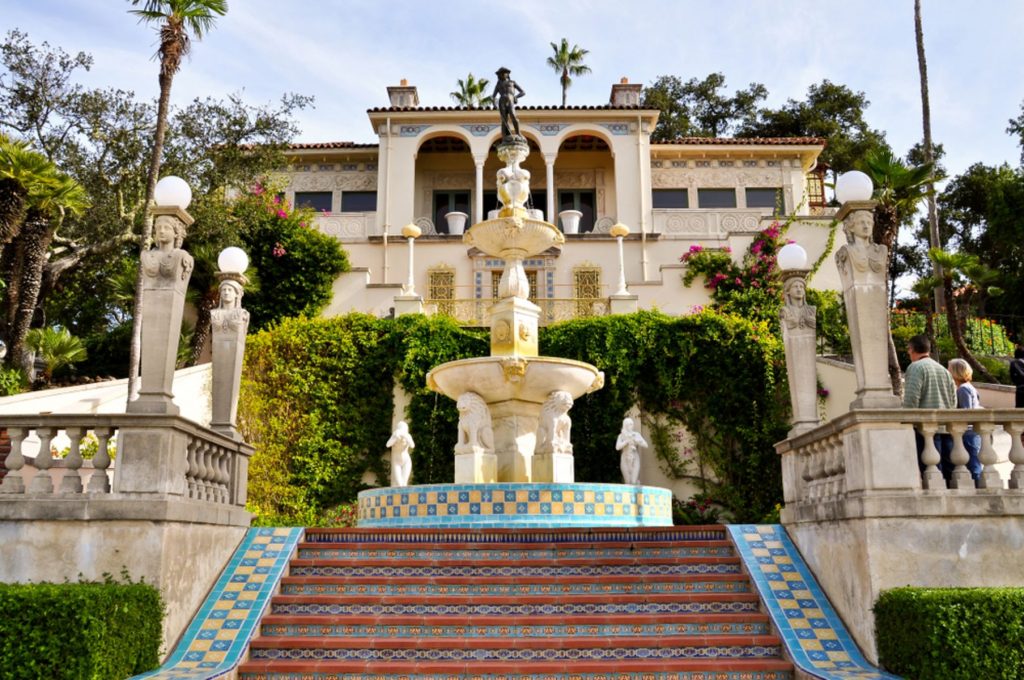 Casa Del Monte was the first property on the lot to be completed and was where the Hearst family lived until Casa Grande was livable. The ceilings in this cottage are particularly luxurious - hand-painted and decorated with 22 karat gold leaf.

As well as incorporating the classical elements seen across the Hearst Castle Estate, Casa Del Monte also celebrates specifically local touches, such as the native eucalyptus leaf, and the words San Simeon. 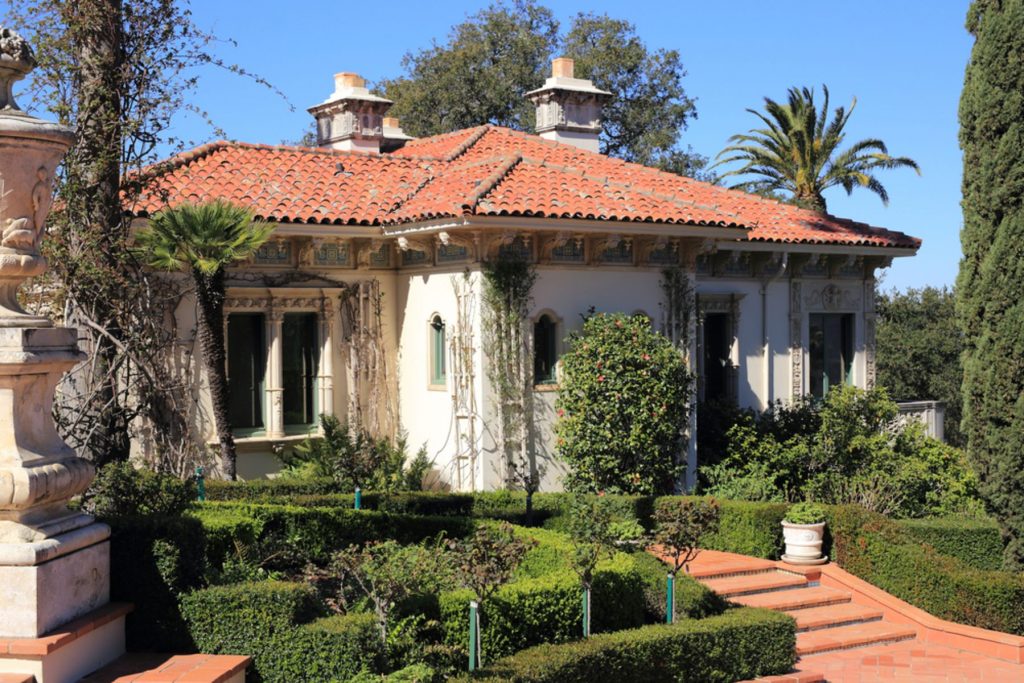 The Pools At Hearst Castle

The outdoor Neptune Pool, which cost around half a million dollars, is 104 feet long and enjoys an oil-burning heating system - so it was always just the right temperature to swim in. It's called the Neptune Pool thanks to the marble statues of Neptune and his lover, Nereid, which overlook the pool

The indoor Roman Pool resembles something closer to a Roman bath, with the traditional cobalt blue and gold glass tiles. Statues of Greek and Roman gods surround the pool, and the ceiling is an intricate mosaic of a star-filled sky at night. 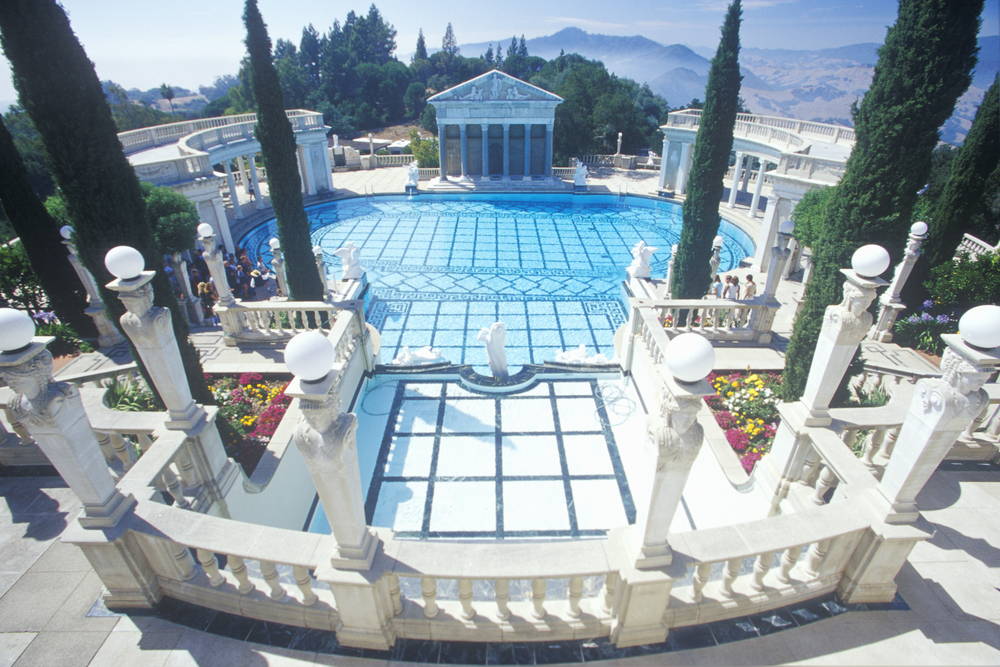