Fun Things to Do in Orange County

Television in the 2000s did everything it could to stress how fantastic Orange County was. Surely, nowhere could be as stunning or relaxing as Laguna Beach or the OC. We were wrong. Ideas have to come from somewhere, and Orange County is absolutely a magical slice of the US. This part of California is also much more than beautiful; there’s no shortage of things to do in Orange County. Whether all you want to do is sit and sip margaritas all day or watch the sun go down over the Pacific, there’s something for everybody in this west coast haven.

Spend a Night in a Beach Cottage

Have you ever dreamed of staying in a beach cottage? In Orange County, you can do just that. Founded in the 1930s, the fully-restored Crystal Cove Beach Cottages on Newport Beach is an affordable and unique way to spend the night. Crystal Cove itself was built as a seaside community between 1920-1940, and its history is still contained within these enchanting buildings. As well as staying on the beach, the Crystal Cove conservancy also puts on events of all kinds, making it an ideal vacation for introverts and extroverts. 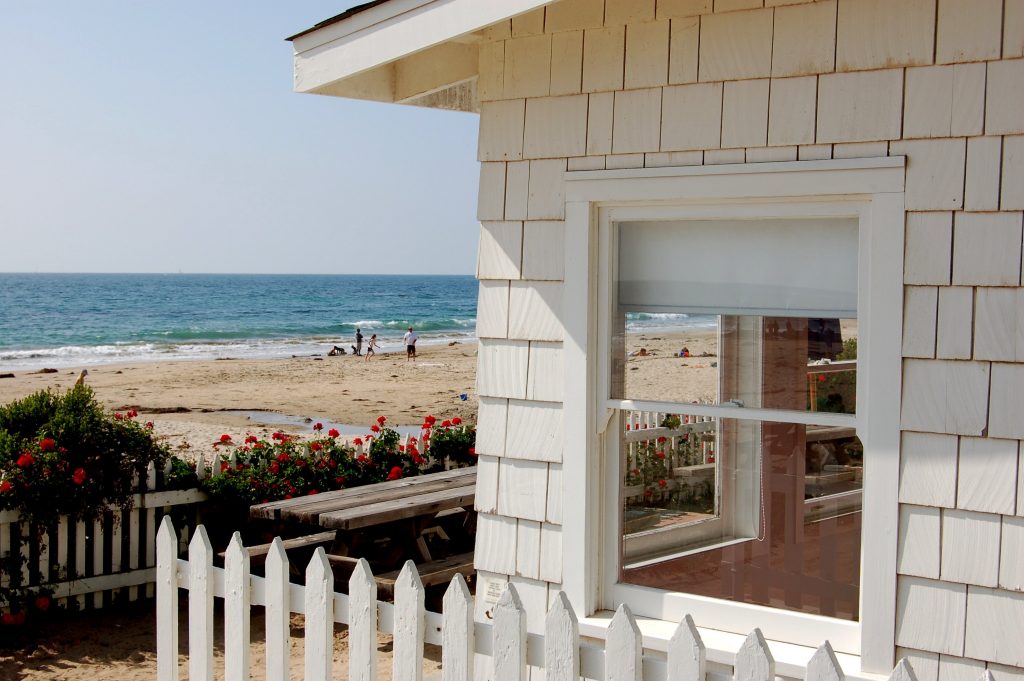 California is almost synonymous with surfing. Wherever you go in SoCal, the waves are seemingly dotted with surfers riding the swell. The spot around Huntington Beach Pier is one of the most popular surf spots in Orange County. It's also a great spot for first-timers to learn how to surf, with plenty of rental options right there on the beach. To add to that, if you'd prefer to take some lessons, a lot of the board rental establishments also offer lessons for reasonable prices. 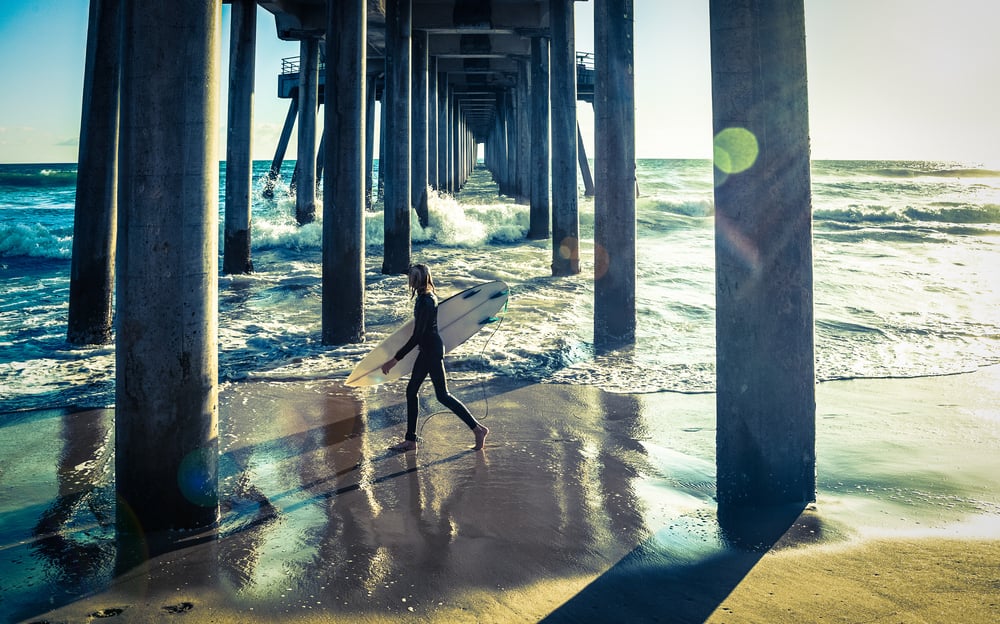 Margaritas, mojitos, dark and stormy, old fashioned, mai tais and negronis. Whatever your choice of cocktail, you'll find it at Laguna Beach's Las Brisas. This is a hopping cocktail spot that offers traditional Mexican fare, beach views, and company. Practically everybody who visits Laguna Beach heads to Las Brisas, whether they're tourists, locals, or families. You might even say the clifftop paradise is an Orange County institution. 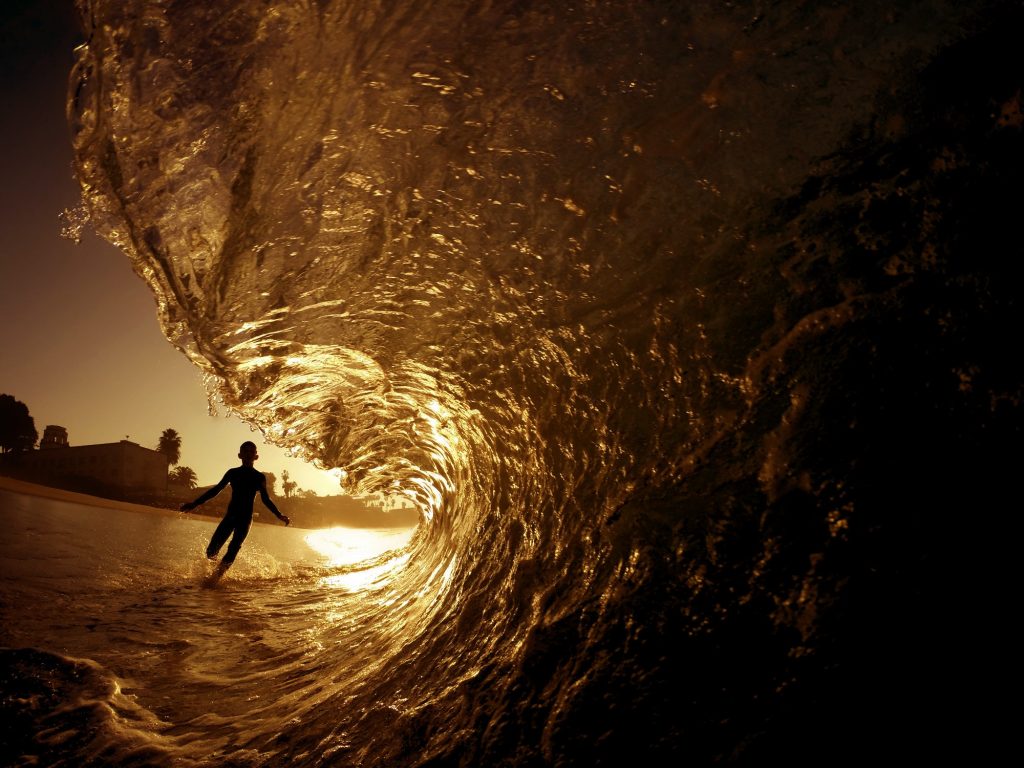 Arrested Development fans will recognize the words 'frozen banana' used in conjunction. But the show didn't make up this tasty treat. Since 1945, Balboa Island's Sugar 'n Spice banana stand was serving them before anybody else in the country had even thought to. You simply can't visit Orange County and not head to Sugar 'n Spice for a frozen banana. It would be like visiting New York City for the first time and not wanting to see the skyline from the ferry. If Las Brisas is an Orange County institution, then Sugar 'n Spice frozen bananas are right up there with it. 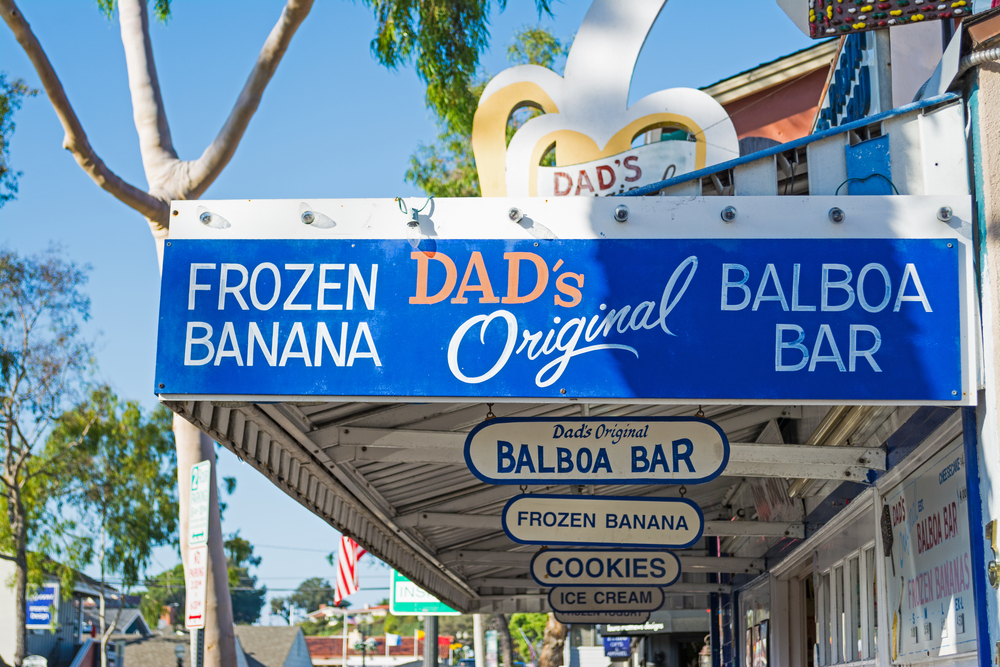 Laguna Beach is famous for a lot of things, but one of its most unique is its tide pools. When the tide is out, you can go tide pool hopping to discover everything from sea urchins to crabs and barnacles. Because tide pools are a natural phenomenon, not every beach has them, and none does quite like Laguna Beach. Your kids will love it if you take them down to the tide pools to catch crabs and fish. There's also enough for everyone, with small areas dotted up and down the coast. If you're serious about the tidepools, however, Shaw's Cove and Crystal Cove are the most recommended. 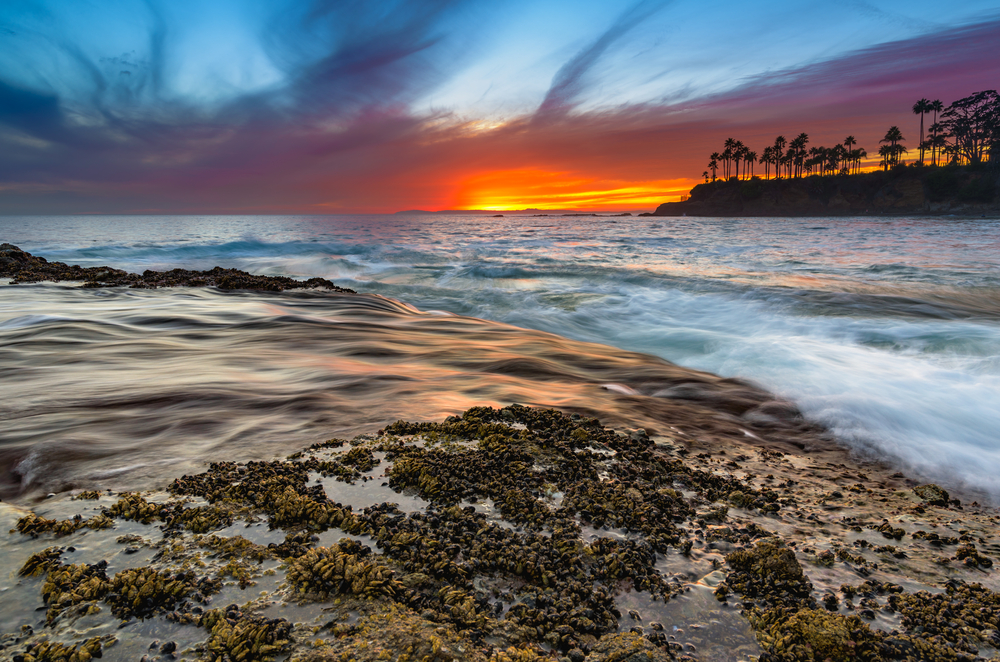 Watch the Sun Go Down from Huntington Beach

Huntington Beach Pier might be a haven for surfers, but it also offers up one of the most beautiful sunsets on the west coast. Take time to pack some snacks and head down to the beach just before dusk, and you won't be disappointed. Orange County rarely provides bad sunsets, and so you're almost always guaranteed to see the sun disappear over the horizon. Leaving the pier as a silhouette against a hazy background of oranges, reds, pinks, and purples, you'll also do well to remember that no two sunsets are the same. 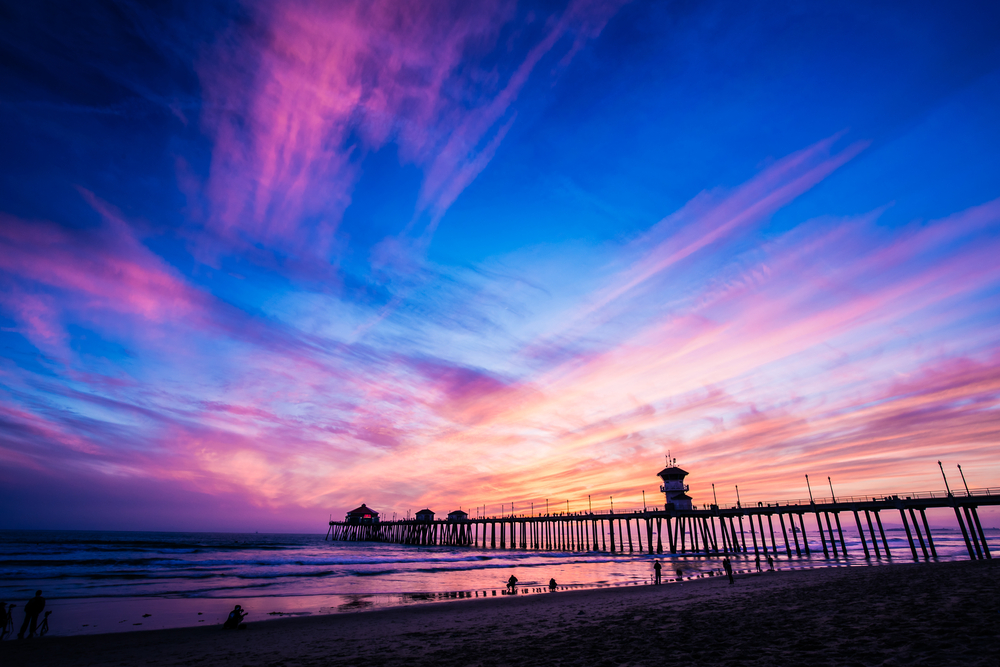 Hop on the Ferry to Balboa Island

Balboa Island, home to Sugar 'n' Spice, is a manmade island that's found in Newport Beach. There's plenty of things to do in this small-yet-bustling community, with endless shopping and dining experiences waiting at the other side of the ferry. Summer brings forth sandcastle building competitions, Hollywood-themed cruises, water-skiing and more. While there are no hotels to stay on in Balboa Island, there are plenty of nearby resorts to look into. If you're looking for something different in Orange County, Balboa Island just might be it. 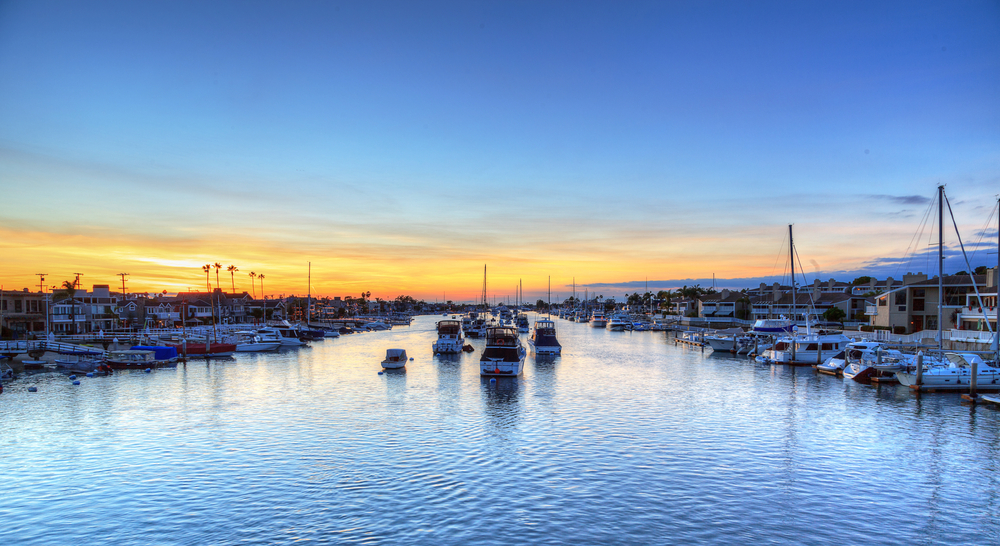 Experience the Pageant of the Masters

As an idea, the Festival of Arts and Pageant of the Masters sounds slightly out there. The festival itself, however, is a glorious and unique way of taking in some culture between cocktails and beach sessions. As a matter-of-fact, there's no other event like the Pageant of the Masters in the world. Recreating famous works of art using Laguna Beach residents who are dressed up to look identical to different paintings, the festival has been taking place for almost 90 years. If you're visiting Orange County while the festival is going on, we definitely recommend attending this once-in-a-lifetime event. 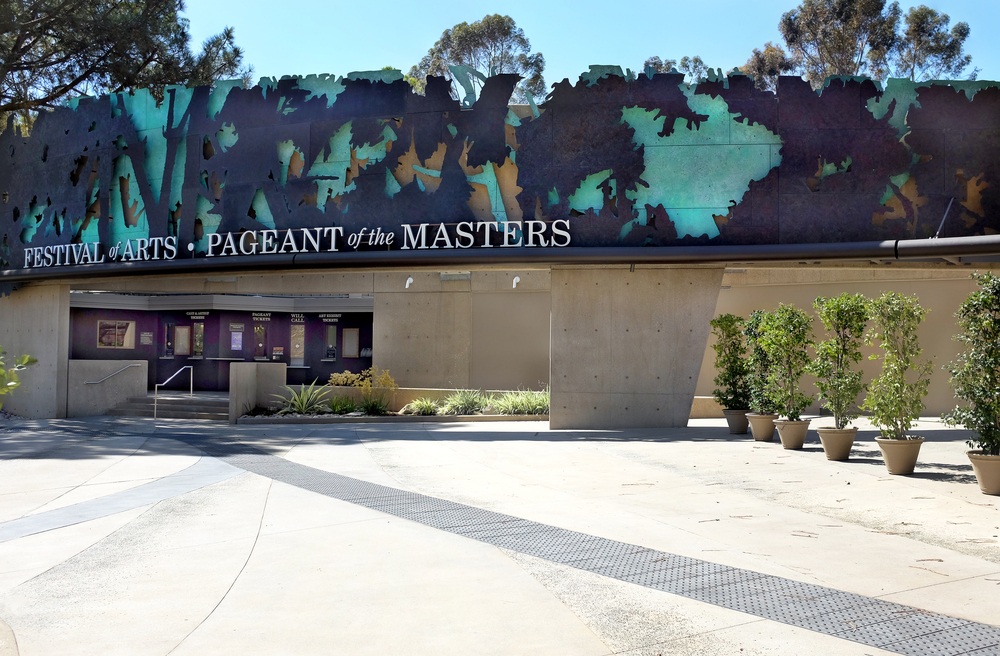 Rent a Car and Cruise Along the Pacific Coast Highway

Stay in Orange County for more than a few days, and you'll also have ample time to rent a car to take one of the most scenic drives on the planet. The Pacific Coast highway starts at the northern border of California and Oregon, heading south to San Diego. Without stops, this is roughly a ten-hour drive, but you'll be cheating yourself out of some incredible memories if you're simply driving. Some of the most worthy stops on the trip include San Francisco's Golden Gate Bridge, the Big Sur's towering Bixby Bridge, the dazzling Los Angeles and beaches of Malibu to name just a few. 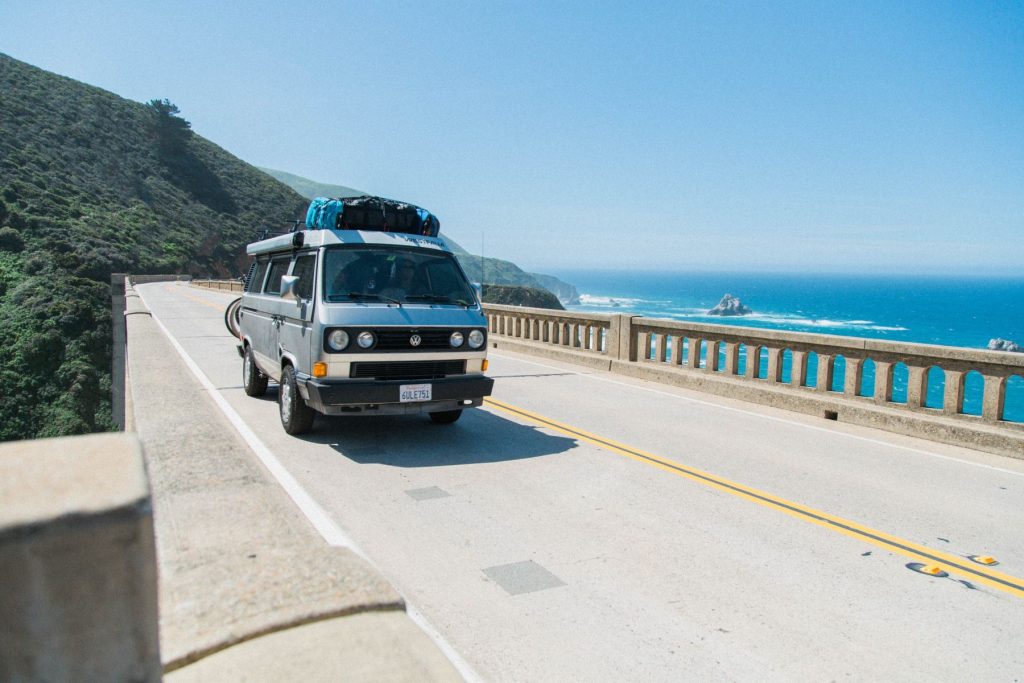 Although Orange County is known for its beaches, there are also several state parks you can visit. Crystal Cove State Park, Huntington Beach State Park, and the Wood Canyons Wilderness Park are just three of dozens of special experiences waiting for you on your Orange County adventure. Each park has dozens of trails that cross land, sand, and sea, and surf, some of which even locals don't know to exist. 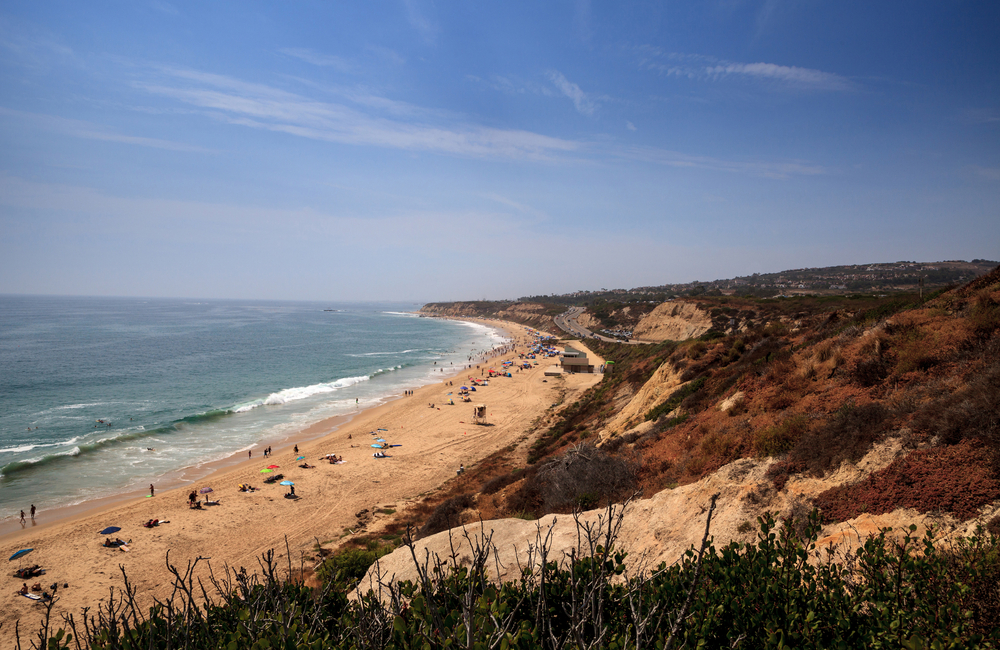