Free and Cheap Things to Do in St. Louis

St. Louis, Missouri, has been called the easternmost Western city, and the westernmost Eastern city. This blending of the best of American cultures has made St. Louis into a fascinating and exciting city to visit. The people of St. Louis have worked hard to make their city a fun, safe, and visitor-friendly place, and a vacation to St. Louis can easily be filled with free and low-cost activities and events. Even a family on a budget can find free and cheap things to do in St. Louis!

Although the Arch is St. Louis' most famous landmark, the term doesn't just refer to the giant metal structure looming over the Mississippi River. First, there are the grounds, which are the site of dozens of city festivals and celebrations. Most notably, Fair St. Louis, beginning every year on the 4th of July, includes live music, vendors, and multiple activities for people of all ages, all for free, except for anything you buy from a booth. Inside the Arch is the free Museum of Westward Expansion, which includes artifacts, photographs, films, and displays from a century of American movement across the continent. Finally, you can take a tram to the very top of the Arch. If you get the Tram & Cruise Combo, you get a ride to the top and a steamboat cruise up the Mississippi River for one low price. 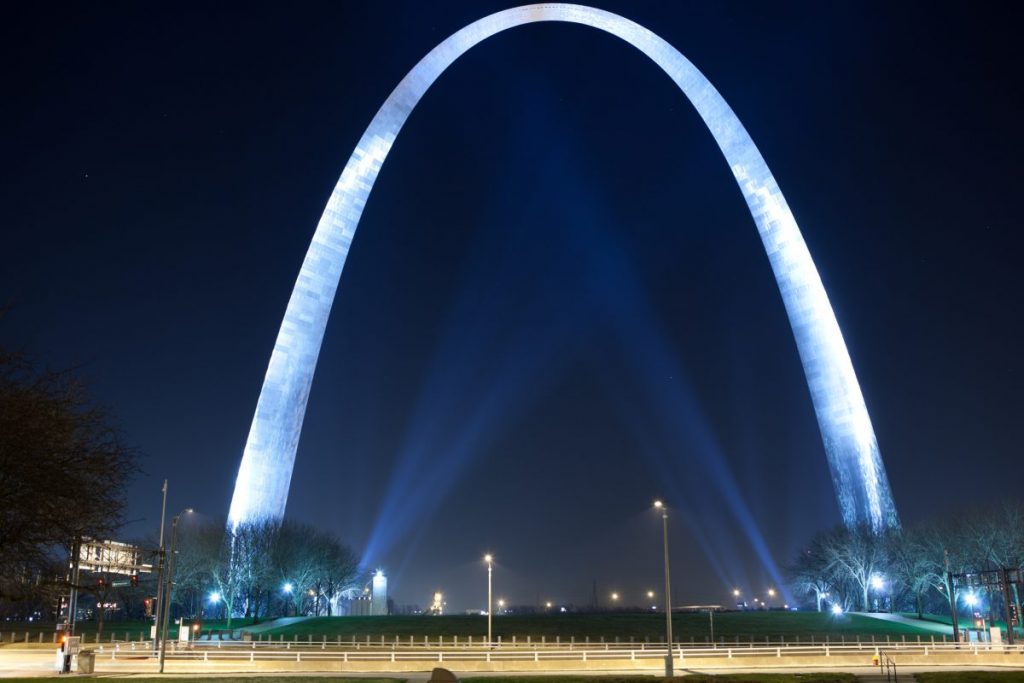 The Magic House is St. Louis' extensive, state of the art children's museum. The exhibits at the Magic House are hands-on, letting children learn with their bodies and minds--the way children learn best! Parents have even been known to get their hands into paint, sand, mud, seeds...or any of the hundreds of other displays that keep an active mind thrumming. We don't think the price of $12 a ticket is too bad for the hours of educational fun kids can have, but if it's out of your reach, The Magic House offers a monthly Free Family Night, starting at 5 p.m. every third Friday. If you plan it right, you can spend a whole evening there for absolutely nothing! 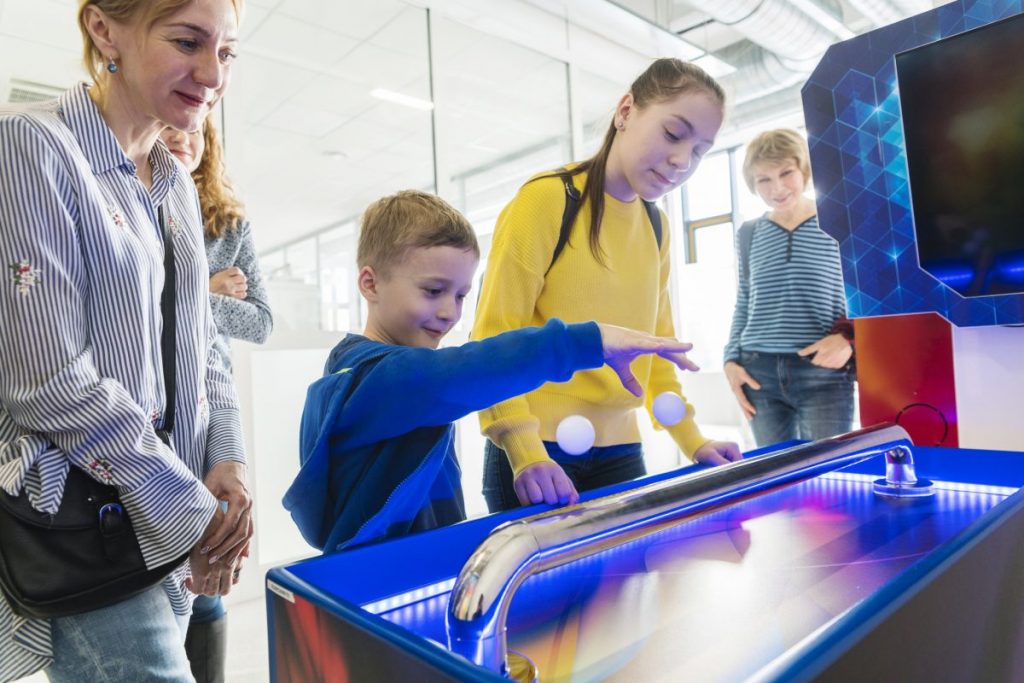 Forest Park in St. Louis could be the subject of its own article, there are so many things to do there--and almost all of them are free! There's the zoo, four world-class museums, numerous festivals through the year, and then there's the park itself. Bigger than Central Park in New York, Forest Park is filled with rolling green hills, walking paths, sculpture, playgrounds, picnic areas, and concert areas. It is filled with attractions like golf courses, a skating rink, restaurants and cafes, historical sites, and a nature reserve. For active visiters, it has a small lake with boats available to rent, athletic fields, bike trails and bike rental, fishing, sledding on the hill in front of the art museum, and more. A family could make an almost completely free vacation just by going to Forest Park. 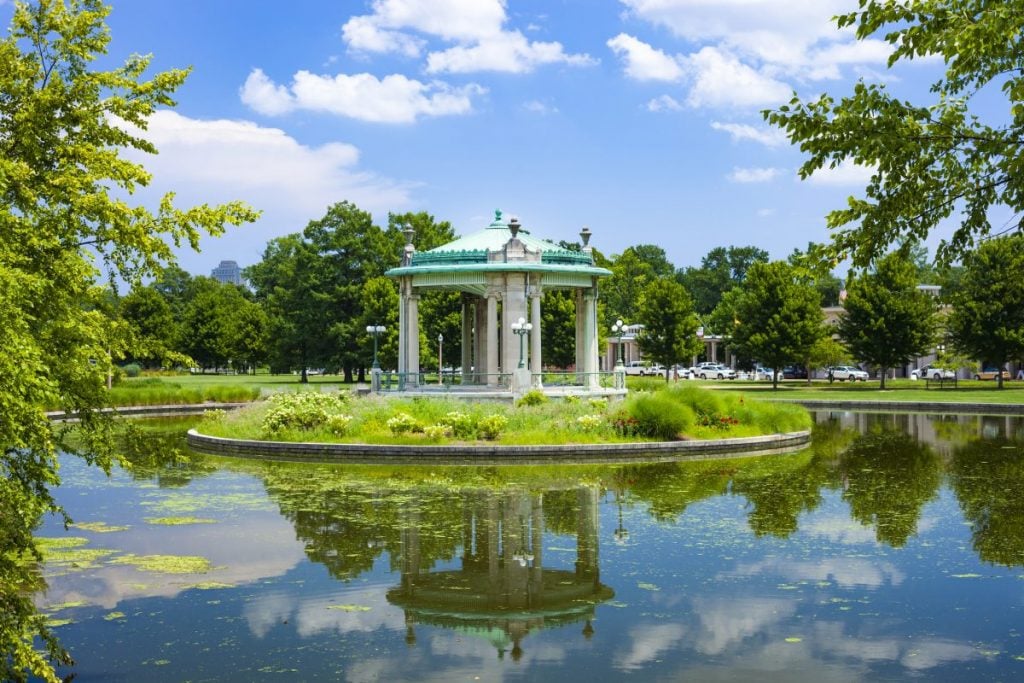 One of the many events that take place in Forest Park is the Shakespeare Festival St. Louis, which mounts at least major Shakespeare play on the stage in Shakespeare Glen. This world-class production is completely free every summer and is a destination in itself for arts-loving travelers. Every ShakesfestSTL production features a 90-minute pre-show called The Green Show, which features jugglers, local musicians and entertainers, and a family craft area, all for free while you're waiting for the main attraction. Even if your kids aren't into Shakespeare yet, who can resist jugglers? 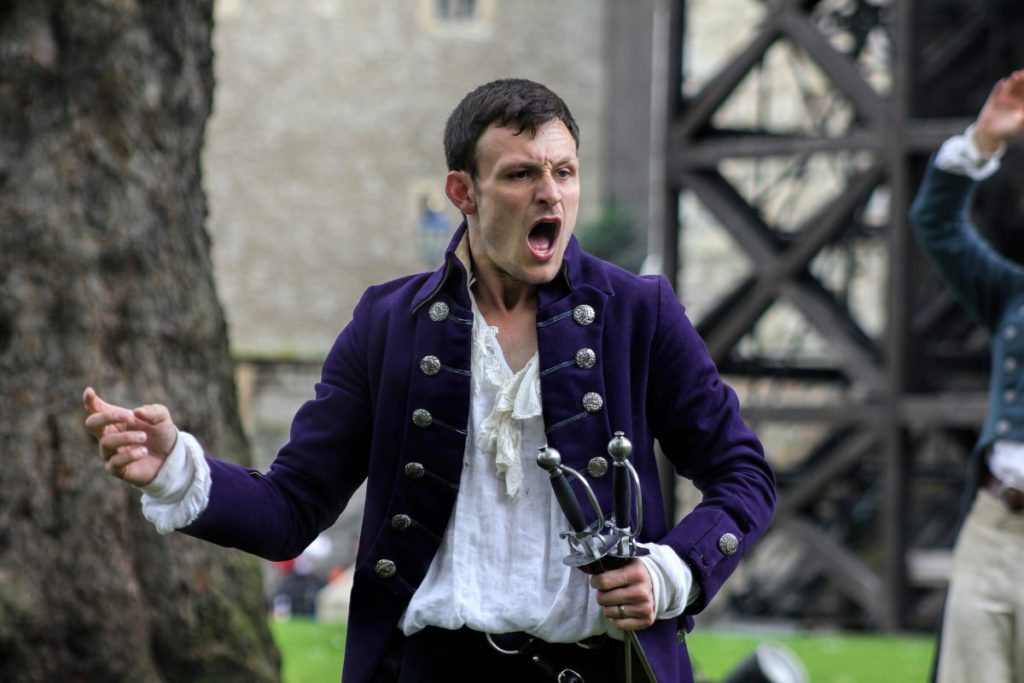 Americans have had a love affair with transportation since we first climbed into covered wagons to traverse the continent. The record of human transportation is preserved in the Museum of Transportation, whose tag line is, "It's a moving experience!" You can see classic cars, historical airplanes, and even climb on one of over 70 train locomotives. During nice weather, a mini-train runs throughout the grounds. For those with smaller kids, Creation Station offers a hands-on experience learning about the different kinds of transportation. Though the Museum of Transportation isn't free, at $8 for adults and $3 for children, we definitely consider it a thrifty attraction. 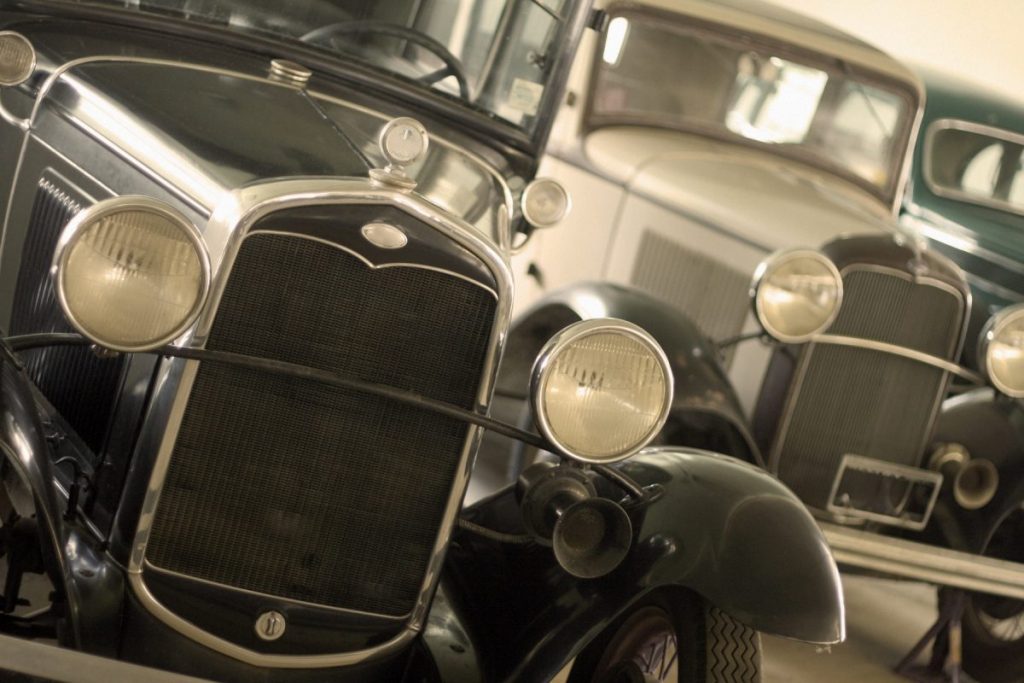 Cahokia Mounds is across the river from St. Louis, in Illinois, but it's worth the short drive. This remarkable ancient site is the location of the largest and most developed pre-Columbian settlement north of Mexico and has been named a UNESCO World Heritage Site. Visitors can see the remains of a civilization that eventually grew to around 100,000 people before dying off in the early 1300s. The city was built around a series of 120 mounds that served various functions for the civilization, and visitors can tour the mounds most days of the year. There are also frequent activities at the site, and the Interpretive Center provides more information and interactive learning about the Mound Builders. Admission to the site is free, but there is a request for a small donation to help with site upkeep. 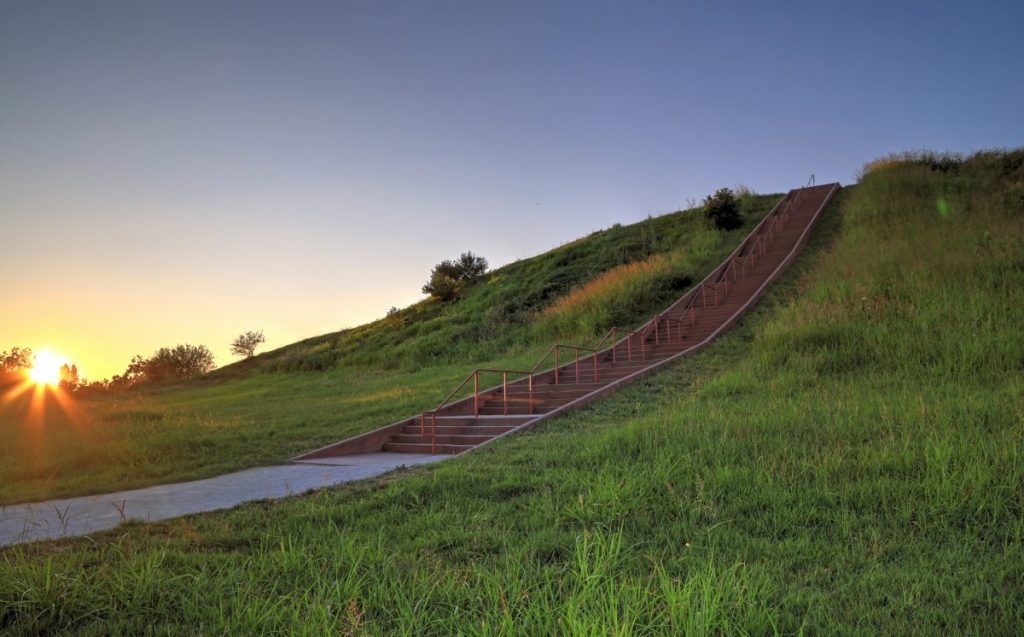 Guests may not expect a day spent at Purina Farms to be that exciting, but they are always end up surprised by how much fun they had! The main attraction is the extensive petting zoo, where animal lovers of all ages can experience cats dogs, goats, pigs, cows, and other farm and domesticate animals. Kids can also play in the barn haylofts, try milking cows, and join their families on a wagon ride around the beautiful acreage. They also have special events, theme days, classes, an on-site veterinary clinic, and community outreach. Visitors are also welcome to bring their own pets along. Purina Farms is free for animals and their humans, but they do have an excellent gift shop if you'd like to spend some money! 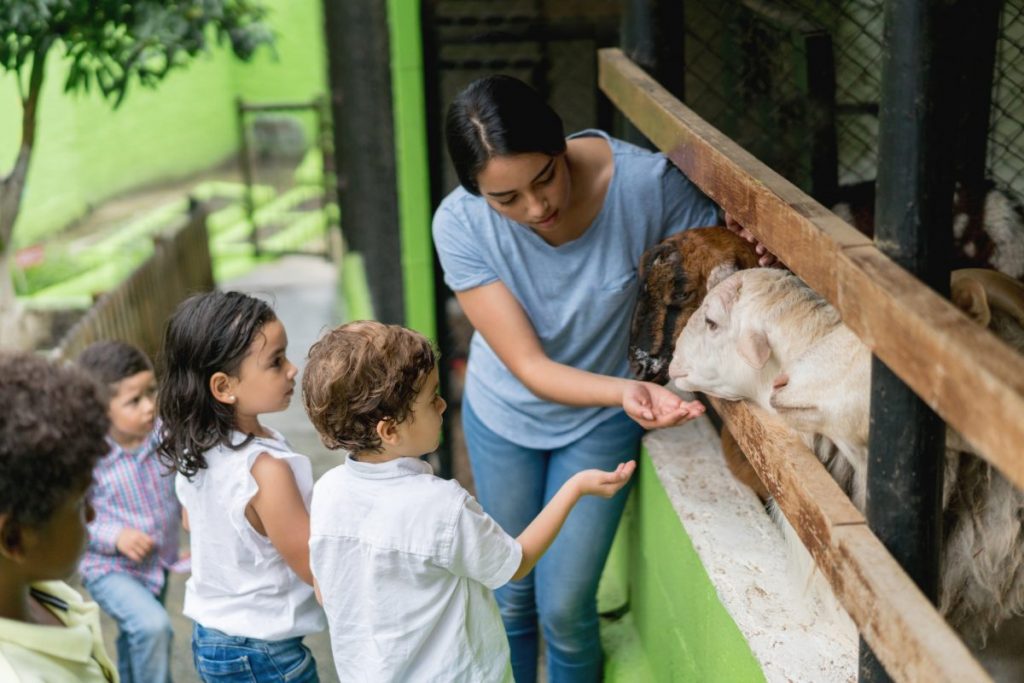 The St. Louis Science Center is one of the most well-known and exciting family-oriented attractions in St. Louis. It was originally a planetarium, but over 50 years has expanded to the sprawling, experiential facility it is now. It's always free, and the exhibits are geared toward many different age groups--including kids, but not limited to them. The exhibits are often historical and often appeal to older patrons who can sometimes remember the scientific developments being presented. In addition, they are almost always exploratory and hands-on. If you visit the St. Louis Science Museum with your family, make sure to allocate at least several hours and stay to eat at the cafe or watch an Omnimax film. If you live in the area, you'll also want to check out the summer programs for kids and teens! 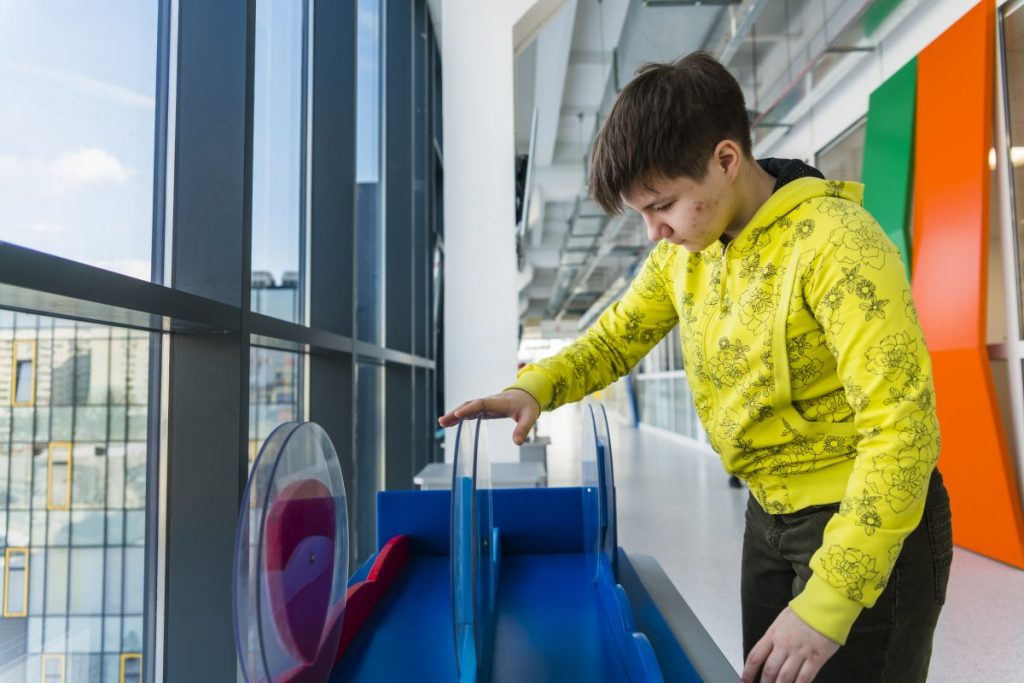 At 11,000 seats, the St. Louis Municipal Opera Theatre, or “Muny” for short, is the nation’s largest and oldest outdoor musical theater. Muny seasons run from mid-June to mid-August, always with a selection of well-known titles—like Fiddler on the Roof, 42nd Street, and Rodgers & Hammerstein’s Cinderella—as well as equally entertaining but lesser known works, like 1776, Kinky Boots, and Paint Your Wagon. The best part is that they keep about 1500 free seats available for every show, on a first come/first served basis, giving audiences a chance to see a number of nationally and locally recognized performers in a three-month cavalcade of musical hits. 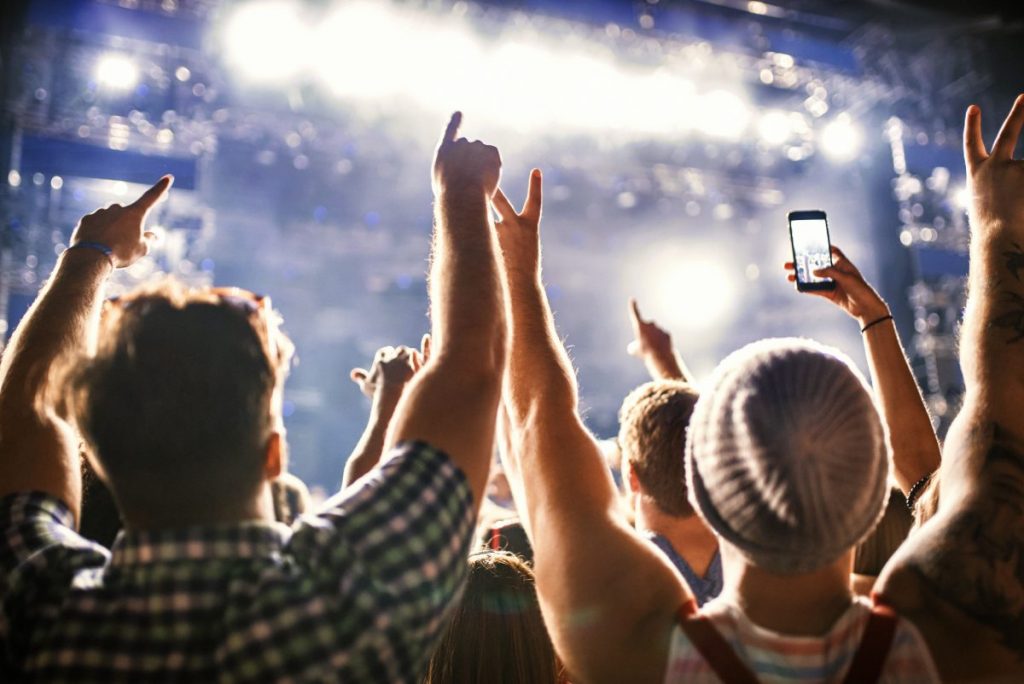 The St. Louis Zoo is probably the most well-known free attraction in St. Louis and draws visitors from all over the world. It has even been named the Top Zoo in the Nation and the Best Free Attraction in the Nation by several different publications! It was opened in 1904 for the World's Fair and has been the pride of the city ever since. There is no charge for admission, but there are some special attractions and events that require purchasing tickets. One such low-cost feature is the Emerson Zooline Railroad, where for $7.95, you can buy tickets to ride the train and tour the grounds as often as you want all day.one 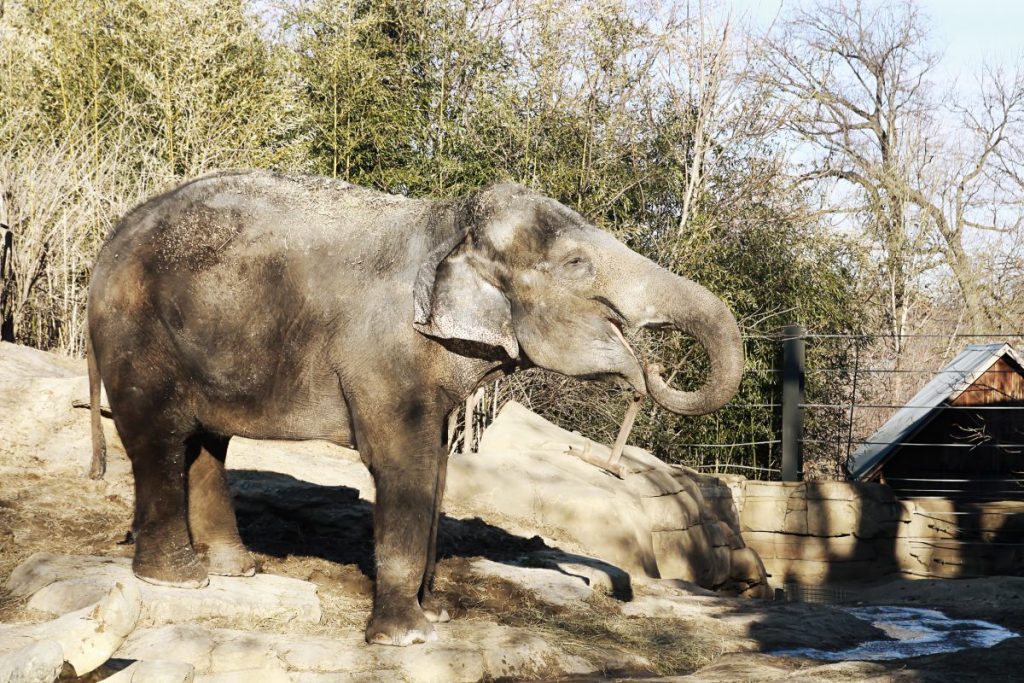