A livable city is one in which you can breathe, literally and figuratively. They’ve got to have fresh air to breath as well as room to breath. You'll find all the cities on this list have got pollution under control and gorgeous open city spaces. As European cities, nearly all of these are on a river and have plenty of history. They also have places to be yourself besides your home, which in many cases can be somewhat compact. The city itself is an extension of your living space, so let’s talk about which ones do so with the best style.

Berlin has been transforming itself since the fall of the Wall in 1992. It has a new energy and of course, as the new German capital the city, incorporates both sides in a new wall-free identity. Qualities like 'hip and funky' combine with 'business-friendly', 'creative' and 'culturally rich' to make up one unique city. There's lots of open space, a great zoo, excellent transit, and bike mobility. Berlin is a family-friendly city as well as a high-energy home for young people and a comfortable place for seniors to enjoy their retirement. 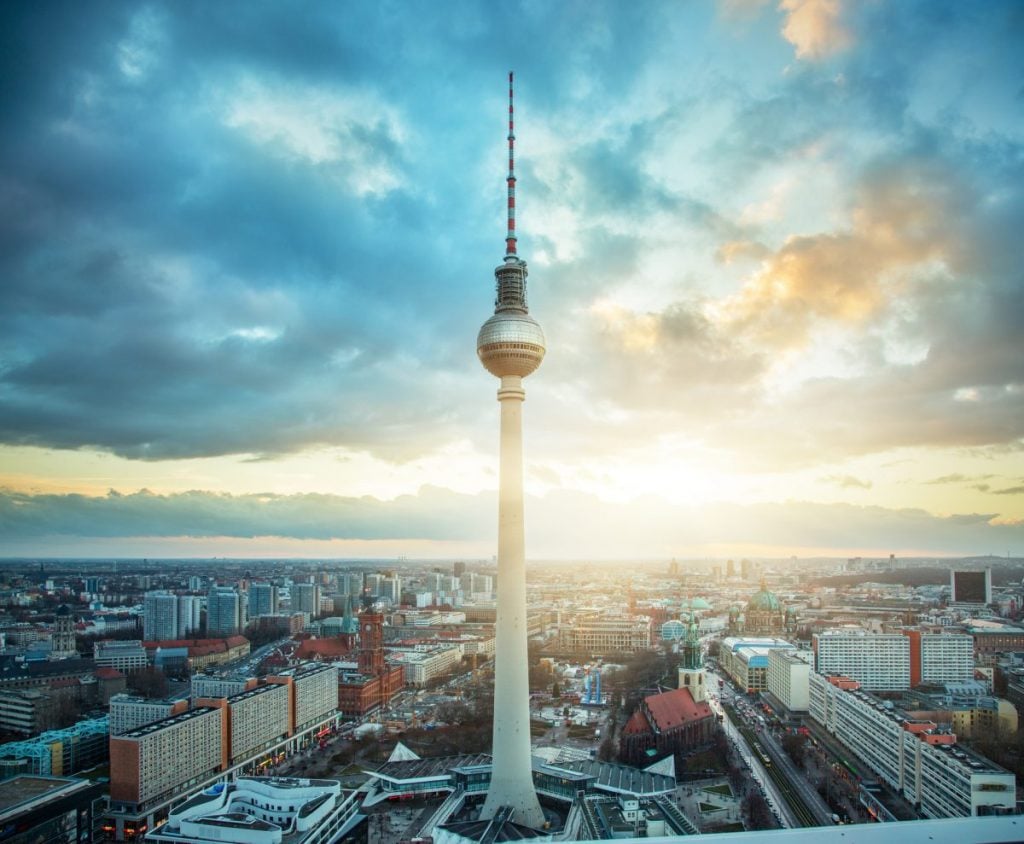 Vilnius is affordable, business-friendly, beautiful and even has one of the fastest public Wi-Fi infrastructures in the world. Lithuania hasn't been in the western consciousness as long as Western Europe has been, but they have plenty of history and heart; as well as a freshness that draws people in. The clean environment in Vilnius is a draw for health-conscious people. Though ommuting around is fairly easy, travel to other cities is a little bit challenging, but this is something which will likely change over time. With fast, universal internet access, Vilnius is an excellent destination for mobile professionals whose work is tied to the net. 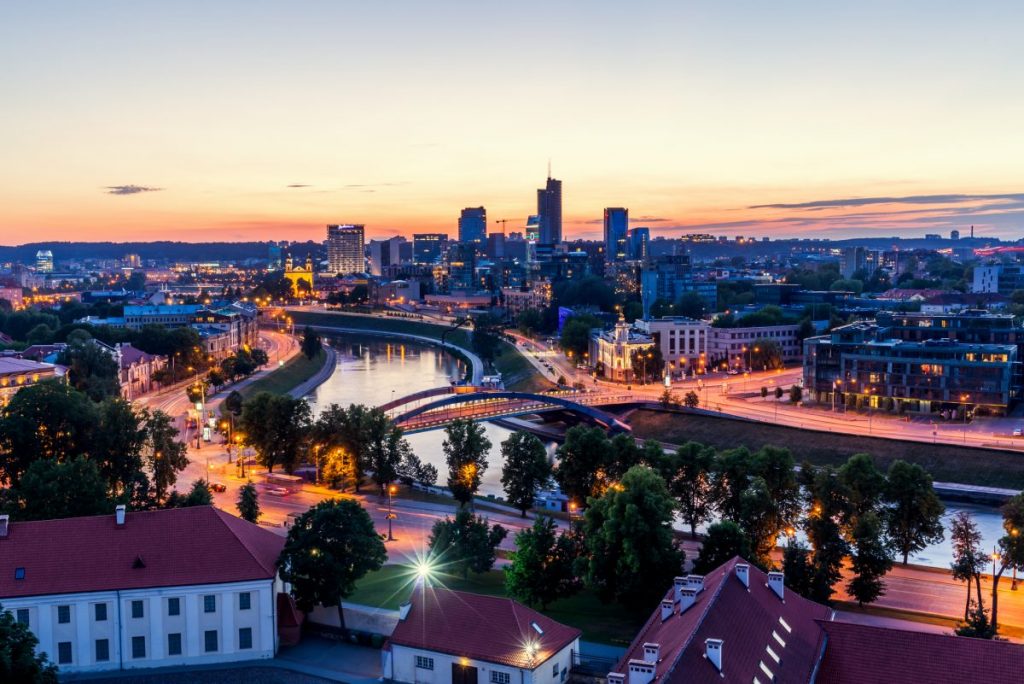 Livable European cities like Bilbao are often ones which have received the most radical renewal. In this case, it was once at the heart of one of Spain's most industrialized areas and is now green, livable and setting an example for urban design. The Guggenheim Museum, built in 1997, has become the city's signature landmark in its new life as a cultural and artistic center. Bilbao is very walkable and has pedestrian bridges to provide more peaceful river crossings. Pocket parks and playgrounds along the river provide places to rest and enjoy or destinations for exercise and activity. Updated, grassy tram lines and well-designed bike lanes thread through this historic city. 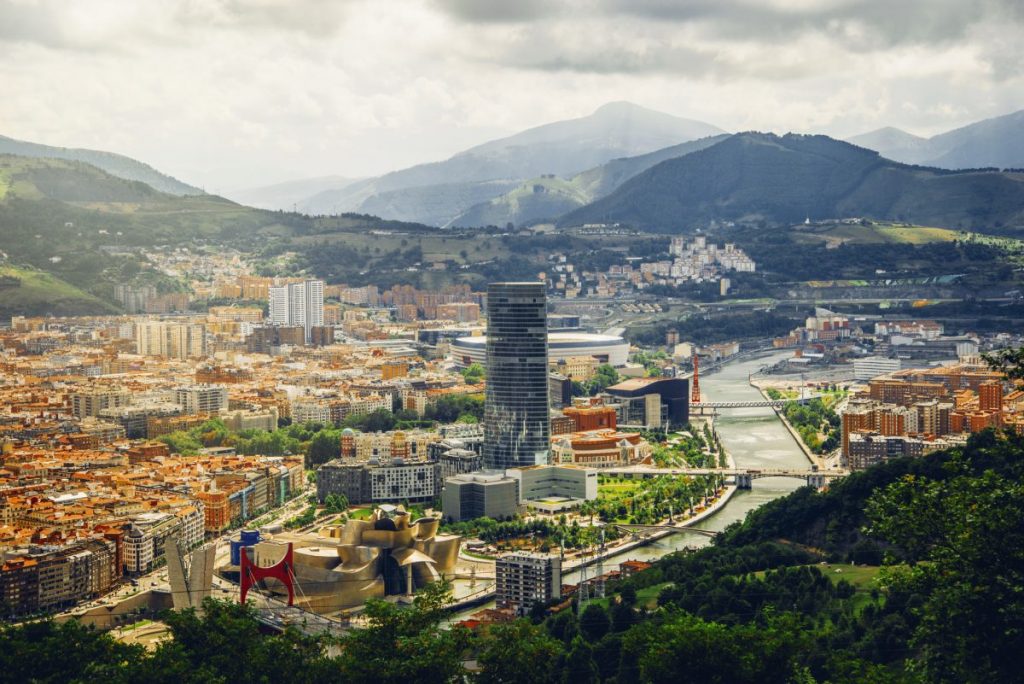 Life in Basel, Switzerland proves that a small city can have big cultural offerings. Located on a broad section of the Rhine, historic buildings blend with new architecture in this vibrant Swiss town. There are major festivals to enjoy including a Spring one which celebrates life among the mountains, museums to explore from art to history to toys and a delightful zoo. Great environmental policies help this city to rate among the top ten cities in the world for livability. 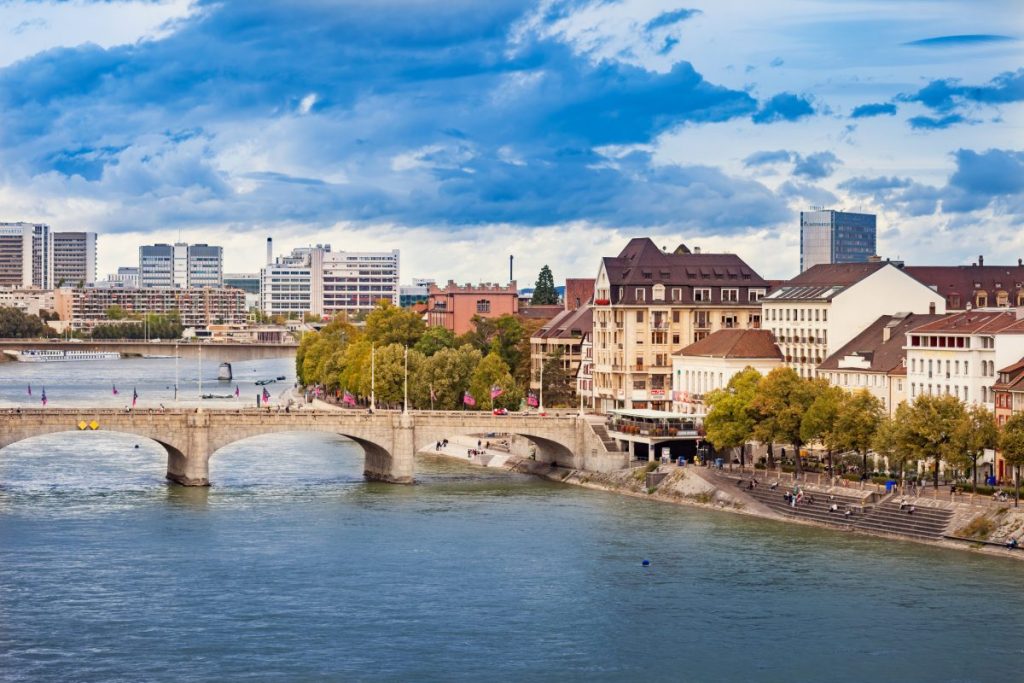 Bordeaux has plenty of vineyards and a large wine industry. While these are great tourist pulls, it also means that the quality of the air, water and soil are vital to keep those wines top quality. According to French surveys, life here in southwest France is top quality also. Culture and sports are keys to life here, and the public transport system is heralded as one that is excellent for students, a top commendation. In 2006 the government set about upgrading transportation, improving bike access, increasing walkability and adding space for cafes as destinations for walkers. Housing costs are less than half those of Paris, taking some of the stress off of life here. 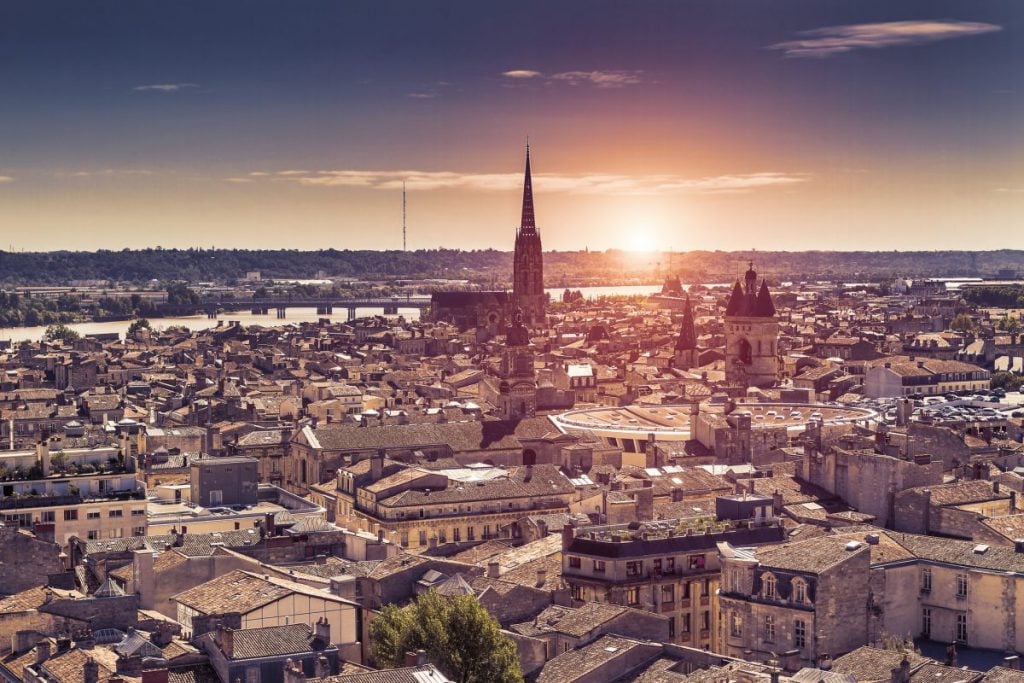 Beautiful architecture, plenty of canals throughout the city and an ancient castle are a few of the tourist attractions of this mid-Belgian city. Ghent is still not as well known as other Belgian cities, but Greenpeace recently rated it as the most livable in the country because of its very low car usage. A pedestrian-only downtown, plenty of cafes and a university create an atmosphere which is walkable and suitable for people of all ages. It's also a great destination for those on a budget, with plenty of affordable places to eat and live, even in the city center.

Liveability lists for Switzerland, Europe, and the World all contain Zurich in the mix. Somehow it manages to mix banking central with party central, providing local financial strength and a youthful energy all in one. Keep in mind that the cost of living is fairly high here. It has everything else from public transportation, arts, and culture to natural beauty in the mountains, lake, and river. The city is clean, easy to navigate and rich in history.

This Scottish gem offers a low-stress life with decent pay plus affordable living, lower stress plus plenty of cultural, historical and social offerings make this ancient city a place where people can truly live without compromising on the commute or crime scores. "A consistent all-rounder" one report called it, while another said it was the UK's most walkable city.

Livability in Amsterdam, Holland is balanced against a high crime rate. Still, residents find it a perennially livable city, famous for its bicycle usage and many art museums with wonderful collections. Public transportation is robust, and Amsterdam's central train station and airport together provide quick connections with the world. For those who appreciate the full mix of flowers, architecture, performances, and celebrations, Amsterdam offers a place to enthusiastically embrace life. 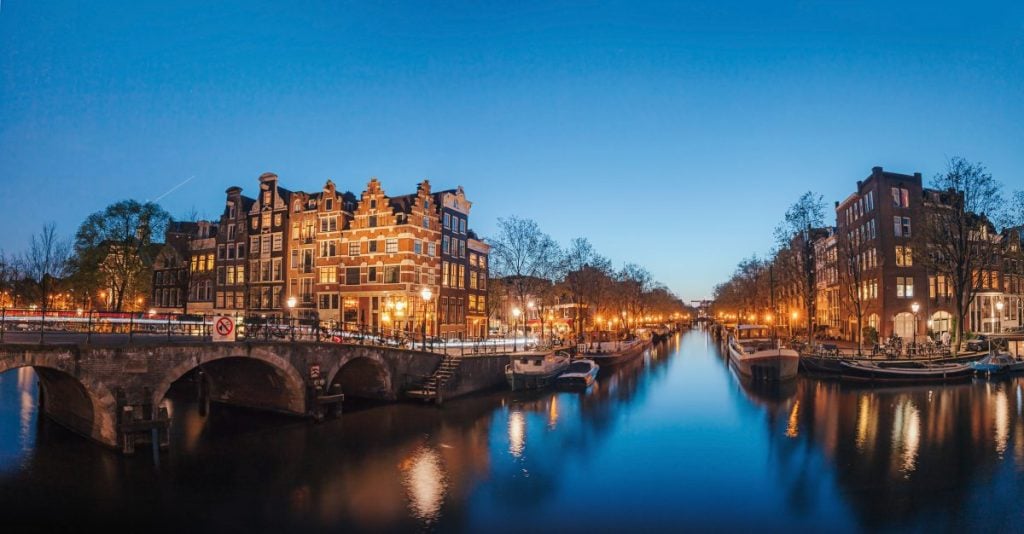 Vienna, Austria keeps appearing at #1 on city livability lists. Major reasons for that is the stability, safety, and beauty of this classical music hub. Public transportation, bike and foot travel takes people to gardens, concert halls, even forests. The history of Vienna goes back to Roman times giving a sense that Vienna has been livable since the beginning of civilization. 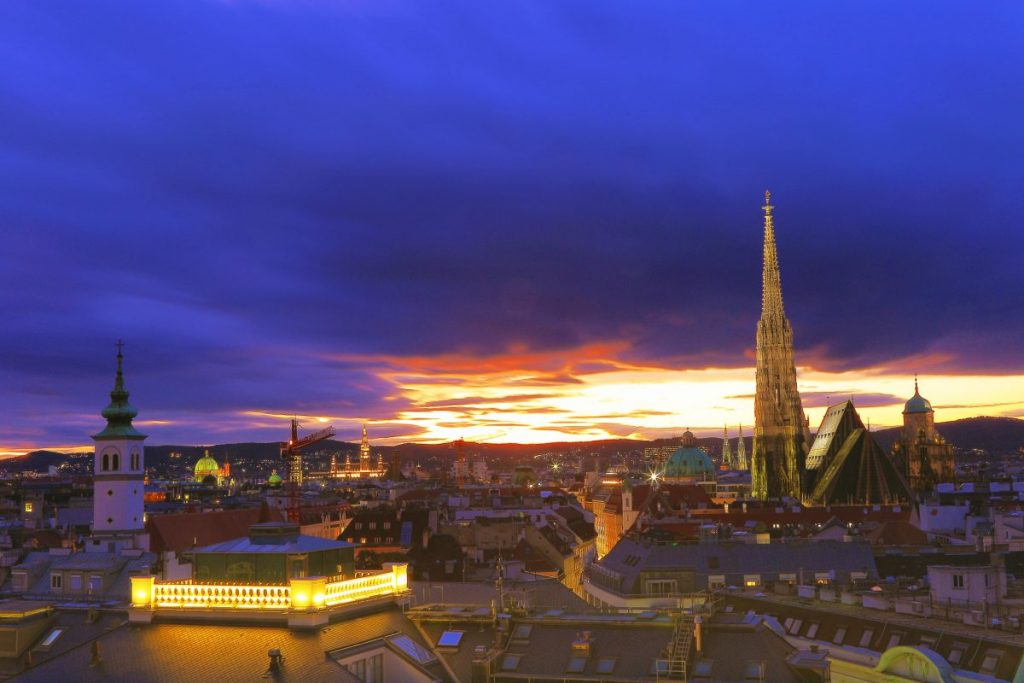