Enchanting Things to Do in New Mexico

New Mexico, the Land of Enchantment, has a diverse landscape that offers visitors a variety of things to do. The most notable of New Mexico’s characteristics are the majestic, thickly forested, snow-topped mountains that include the Sangre de Cristo and Guadalupe Mountains that provide summer and winter entertainment. New Mexico has a rich cultural history that’s reflected in unique museums, botanical gardens, and monuments. Whether you are a nature lover, history buff, birder, photographer or hiker, falling in love with New Mexico is not difficult.

This beautiful open-air desert amphitheater is seven miles north of Santa Fe. You dine before the concerts while gazing upon panoramic views. Sunsets over the Sangre de Cristo mountains to the east and the Guadalupe mountains to the west are spectacular. Five operas are presented each season, including a world premiere. This relaxing venue provides opera translations in English and Spanish via a digital computer screen. 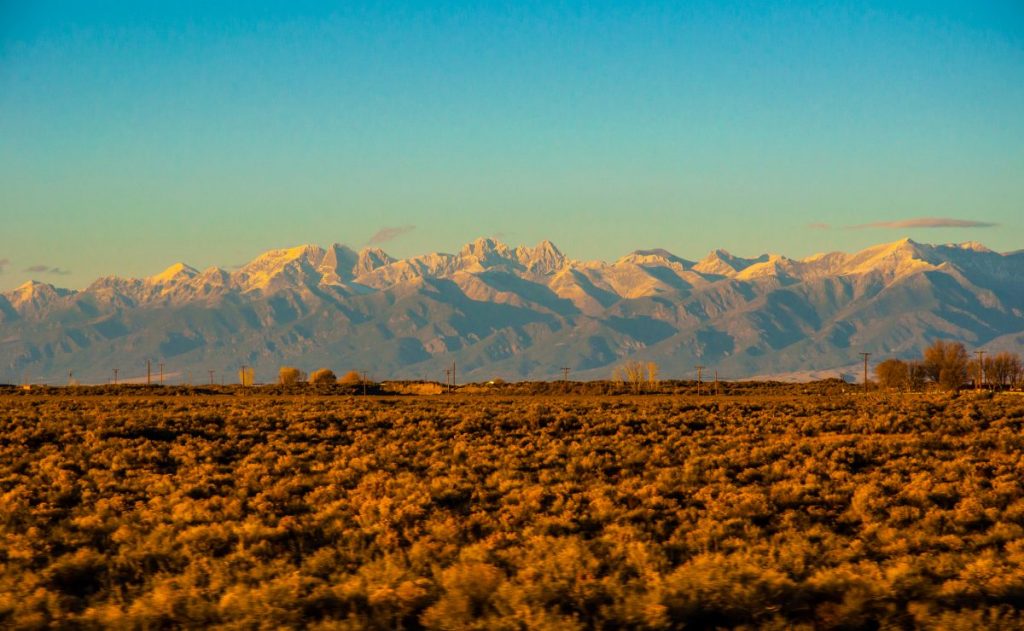 In the Chihuahuan desert, among flowering cactus and rocky canyons, stands this phenomenal natural wonder. Formed from sulfuric acid-dissolved limestone, Carlsbad has more than 119 caverns. Cave exploration is available via two trails. The Big Room Trail has an easy terrain and wanders over 1.25 miles. One noted visitor claims it’s like the Grand Canyon with a roof. Some of this trail is wheelchair accessible. The National Entrance Trail is tough and not recommended for visitors. From May through October, bats stream from the cave nightly. You can meet with a ranger and watch the bat flight phenomenon in comfort at the nearby amphitheater. 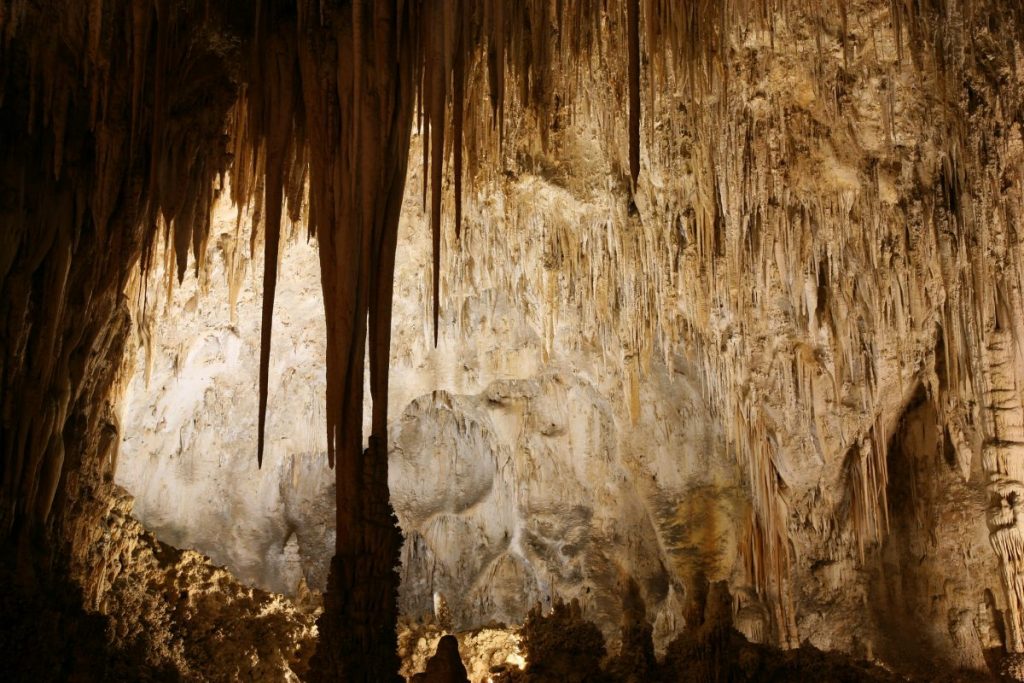 Las Cruces is the second largest city in New Mexico. If you love to shop, this town has a top-rated farmers’ market. The Dona Ana Mountains, five miles north of Las Cruces, is a recreation mecca. You can horseback ride, mountain bike or hike over miles of nicely groomed trails. Wildlife is abundant in ‘dem dar hills,’ so use caution as some of the wildlife is wilder than others. In town, follow the “Walk of Flame” Green Chile Trail. Have a traditional green chili meal accompanied by a green chili vodka martini. Along the trail, learn about growing and harvesting green chilies. If you don’t have time for that, head down the road a bit to the Village of Hatch, Green Chili Capital of the World. You can buy them there. 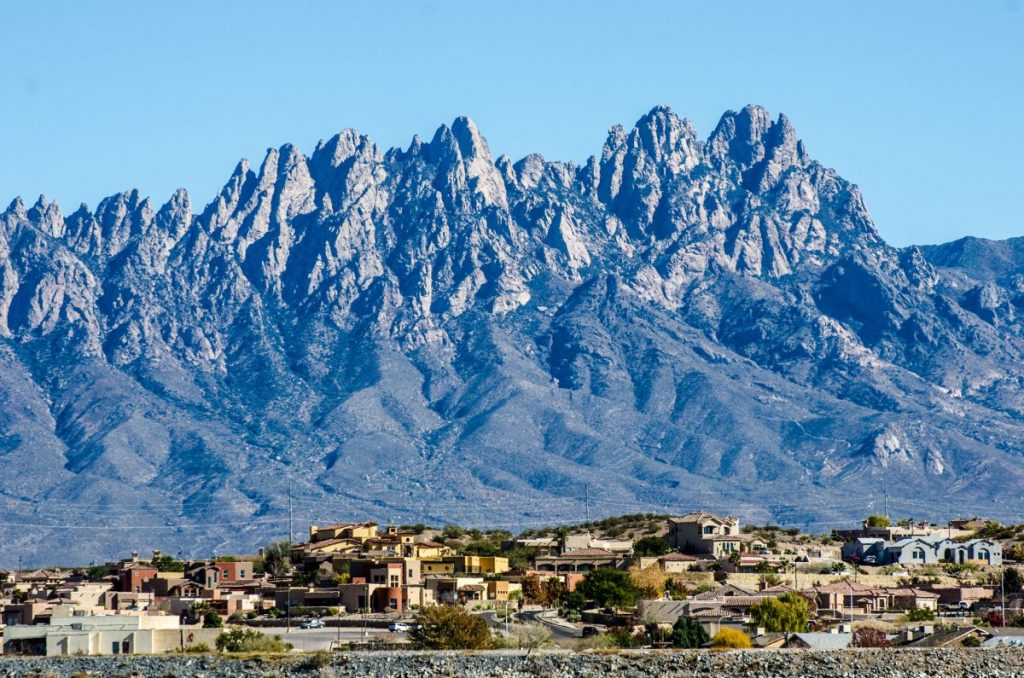 Relax and recharge after a busy day of seeing the sights. On the banks of the mighty Rio Grande River, the mineral hot springs spa invites you to drop in for a few hours or book an overnight stay for ultimate rejuvenation. You can relax by the gently flowing river and catch a glimpse of the playful wildlife. The mountain views of Turtleback Mountain are breathtaking. The hot springs are considered sacred by the Apache and Mimbres peoples. Legend has it that warriors left weapons behind to soak in the healing waters. 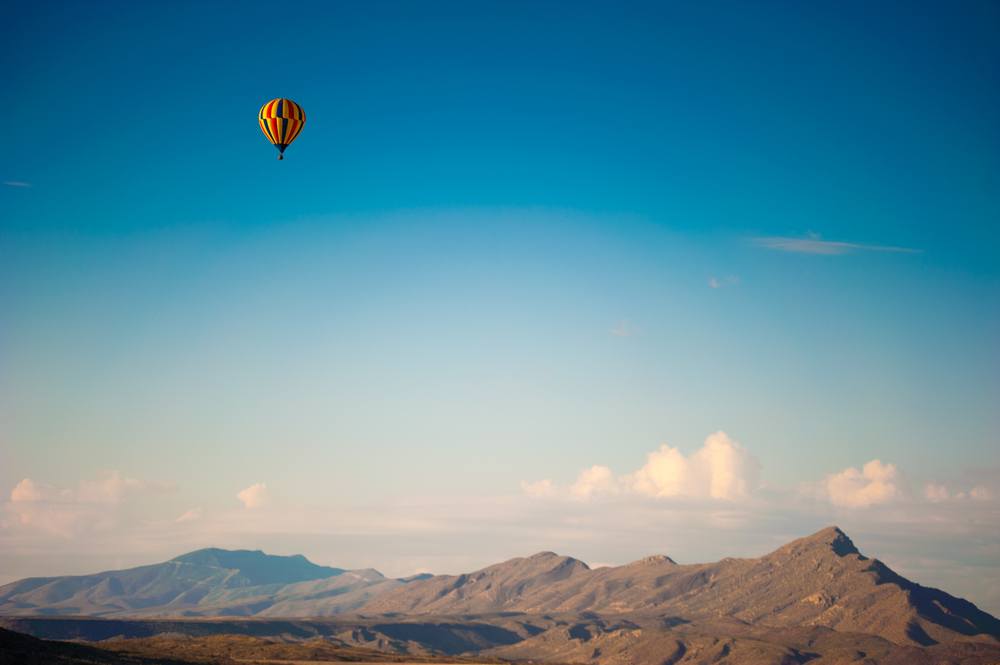 Over 1,294 acres of skiing terrain make Ski Valley one of New Mexico’s biggest attractions. The area gets over 305 inches of snow each year. World-class skiers and snowboarders offer lessons. There are 110 trails, suitable for skiers, snow tubers and snowboarders from newbies to aces. After a challenging cross-country trek, you can warm up in the hot springs or dine in authentic German style at the Bavarian. During the summer months, you can hike day or night, mountain bike and take in panoramic views from the chairlift rides. 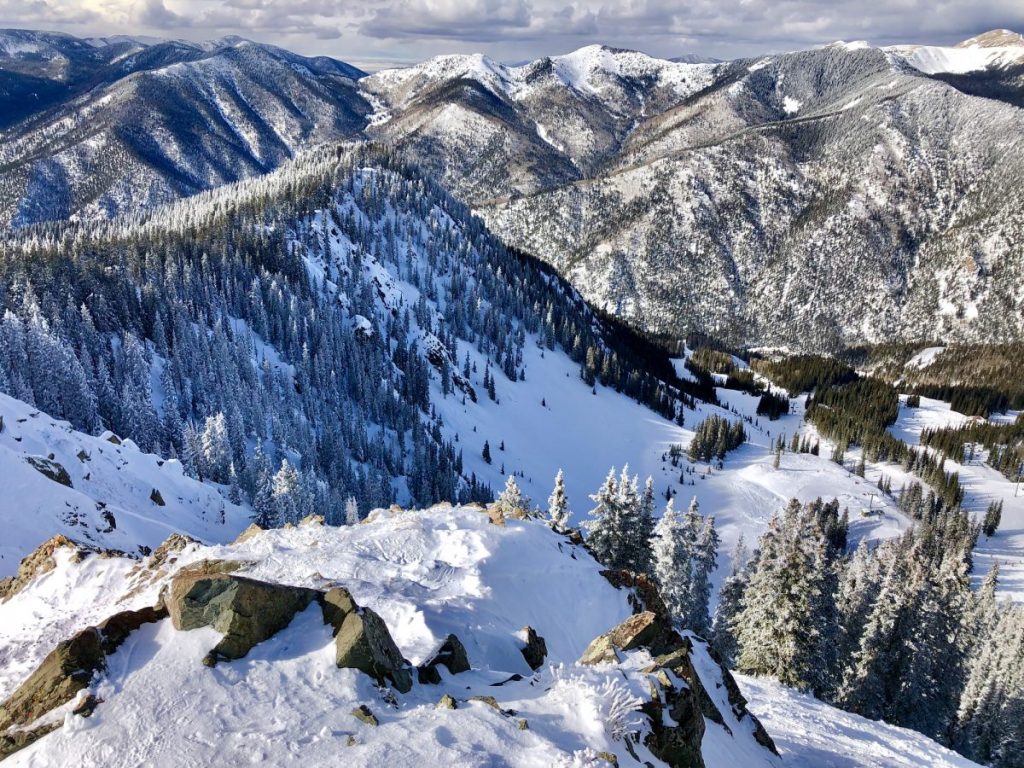 Albuquerque hosts the annual balloon festival for nine days each October. The festival is a yearly pilgrimage for fans of these graceful giants. There’s a nightly landscape balloon spectacular during the festival. The museum gives you a hands-on experience of how the balloons fly, reasons they fly, and the importance of their history. A 4-D theater lets you experience the joy of ballooning in an animated flight simulation—good news for those who prefer to stay grounded. 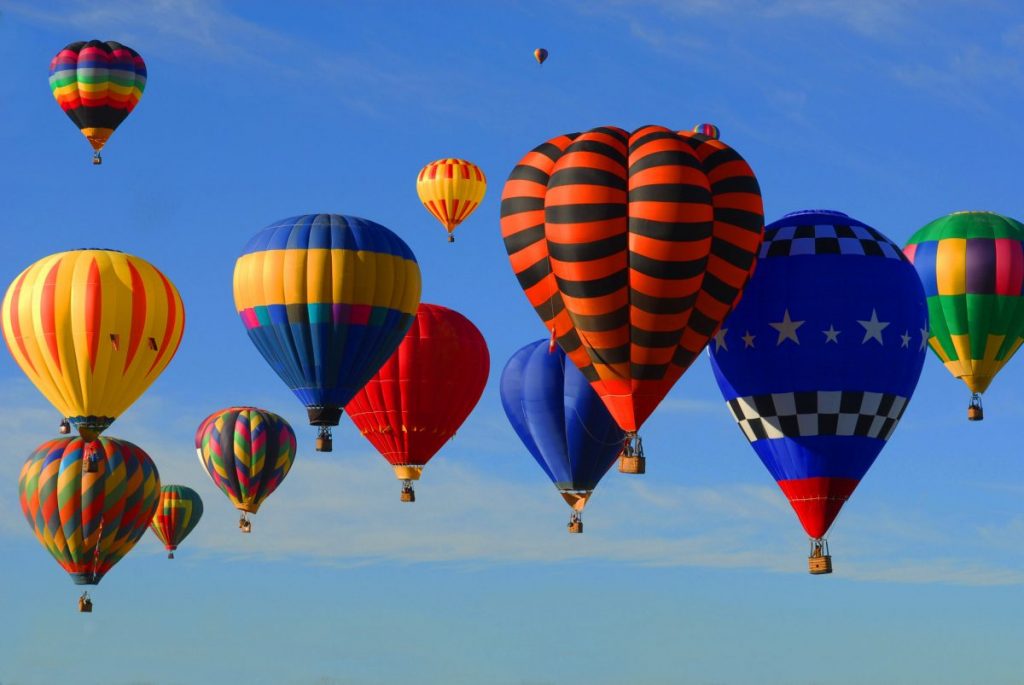 New Mexico has made significant contributions to space exploration. Rocket testing in Roswell and medical research related to astronauts among them. You can touch a moon rock, inspect space suits and gape in amazement at the 632 mile-per-hour Rocket Sled. There’s lots to learn about space through lasers, images, and stars projected on the domed ceiling at the planetarium. The International Space Hall of Fame honors those who have helped to advance the technology of space flight. There is also a Space Camp for youngsters who long to fly away to other worlds. 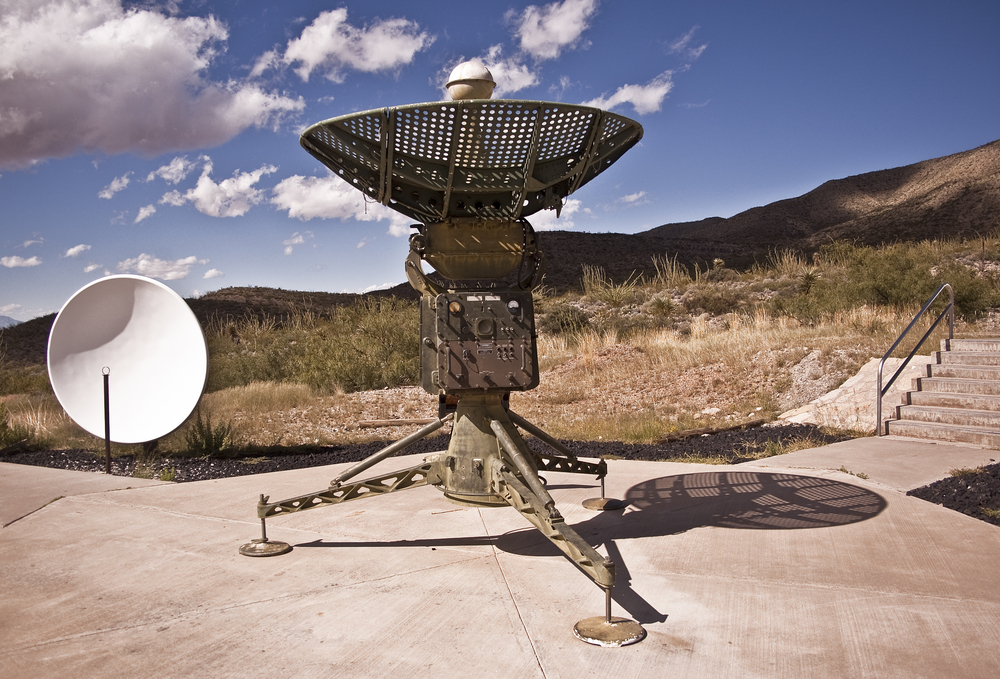 In the north Chihuahuan Desert, oscillating dunes of pure white sand cover 115 square miles. These dunes are the only pure gypsum dunes in the world. The dunes nestle at the edge of a United States military base and missile-testing range. You can hike the nature reserve on easy-to-navigate paths. The dunes are home to specially adapted plants and animals. While hiking, keep your eyes peeled for the Bleached Earless lizard and the kit fox. Rent a sled for a thrilling ride down the dunes. 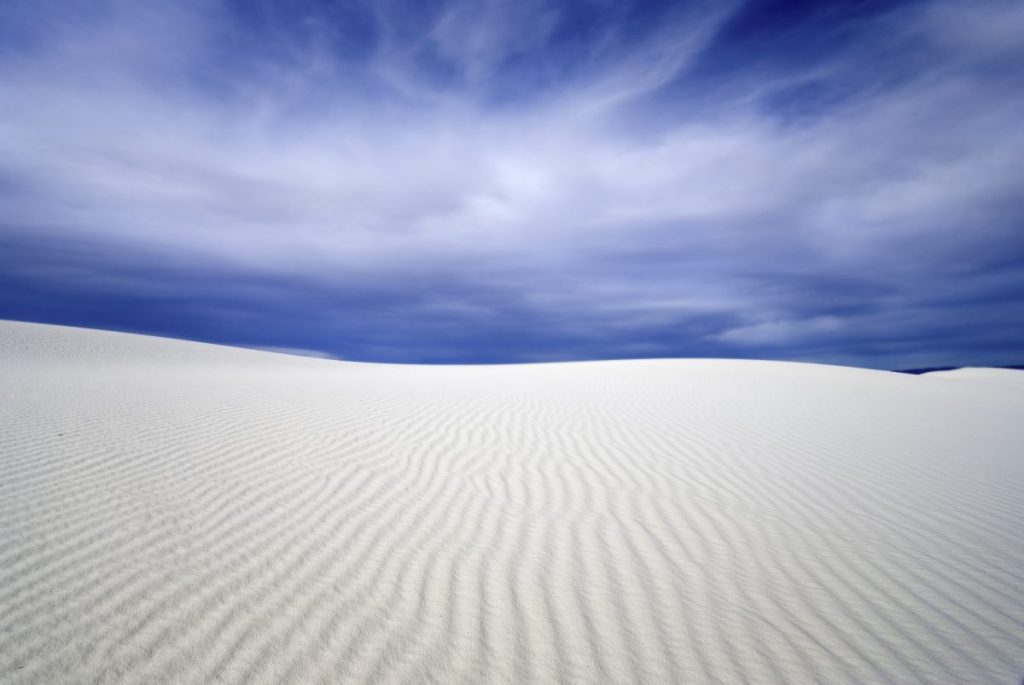 This natural swimming hole is just off the iconic Route 66. The incredibly blue water is spring-fed and hides a network of caves. The caves were mostly unexplored until 2013. However, during the popular road-tripping days along Route 66, Blue Hole was an oasis in the desert. There is no admission for swimming here. You can scuba dive in this petite swimming hole and fish in the nearby pond. In summer months, small concerts are held around the water. 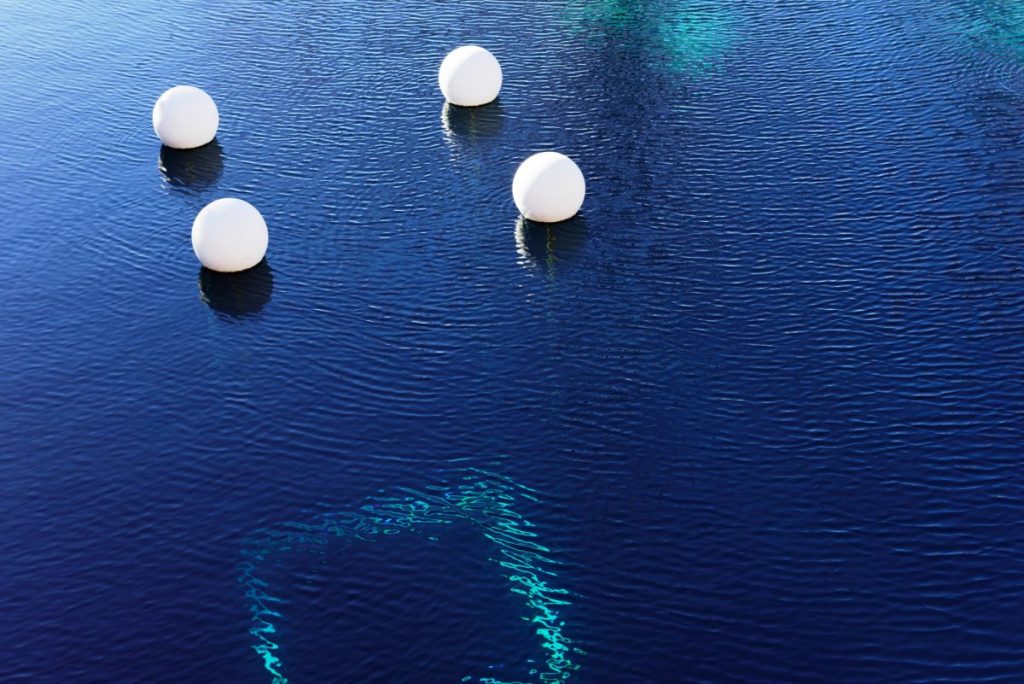 This culturally significant monument sits on a sweeping basalt mesa. The monument has more than 10,000 rock-carved petroglyphs, many of which you can see from the hiking trails. The least strenuous of the three hiking trails is Boca Negra Canyon. More than 100 petroglyphs line one mile of this trail. There’s a longer hike in Rinconada Canyon and Marcadas Canyon Loop. If you hike these areas, bring plenty of water. There’s a lot of wildlife, too, including rattlesnakes, so step lightly and have fun. 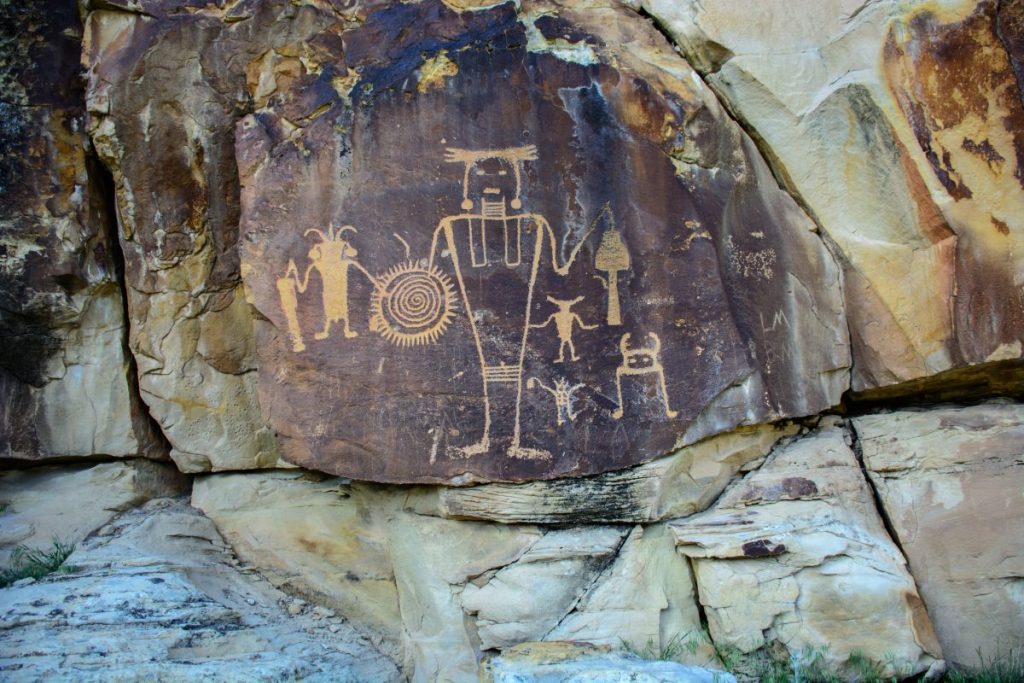