Cool Things to do in Gatlinburg and Pigeon Forge This Summer

For being two small mountain cities sat next to one another in Tennessee, Gatlinburg and Pigeon Forge are fairly different. The two towns are linked by a five-mile stretch of road but have incredibly unique atmospheres. The best part about going to "the Smokies" is that you can take in both cities on the same trip. You'll also find tons of other things to do in Gatlinburg and Pigeon Forgeon top of that. Whether you're planning to go skiing or camping in a spot with a wistful view of the Great Smoky Mountains, you're in for a darn treat.

Rent a Cabin in the Smokies

Whichever way you prefer to sleep, there's an option for you in the Smokies. You might be a glamper, a camper, or a resort kind of person. Or, you could stay in one of the hundreds of cabins littered throughout the area. There's a cabin for your every whim, from luxe, decked out cabins for the whole family to the kind of remote cabin in the middle of the mountains some of us dream of. Most of the cabins in Gatlinburg and Pigeon Forge come with stunning views of the Smokies. Close your eyes and picture waking up to the sun coming up over the mountains. Can you imagine it? Here, it's a fully-realized dream. 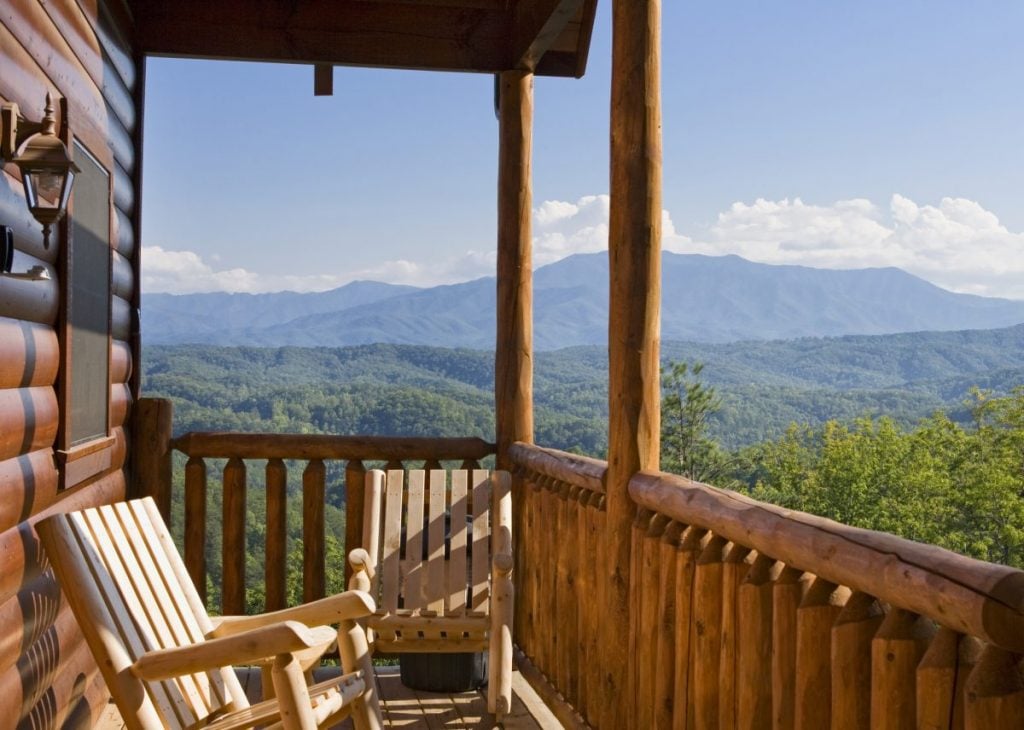 Saddle Up to Miss Parton at Dollywood

Ask yourself whether the one and only Dolly Parton would ever put a theme park in a spot she wasn't in love with. Then, take on board the fact that Pigeon Forge is the location of the infamous, Appalachian-themed metroplex, Dollywood. Not simply for fans of Miss Parton - though those who are will find it extra special - Dollywood is nestled in the foothills of the Smokies. It features exciting rides for all ages, homemade crafts, award-winning festivals, and seasonal spectacles that are never replicated. You can ride the Dollywood Express through the park, past the Grist Mill and weeping willows, explore the mystery mine, and grab some cinnamon bread that'll have you singing "I Will Always Love You" the whole day through. 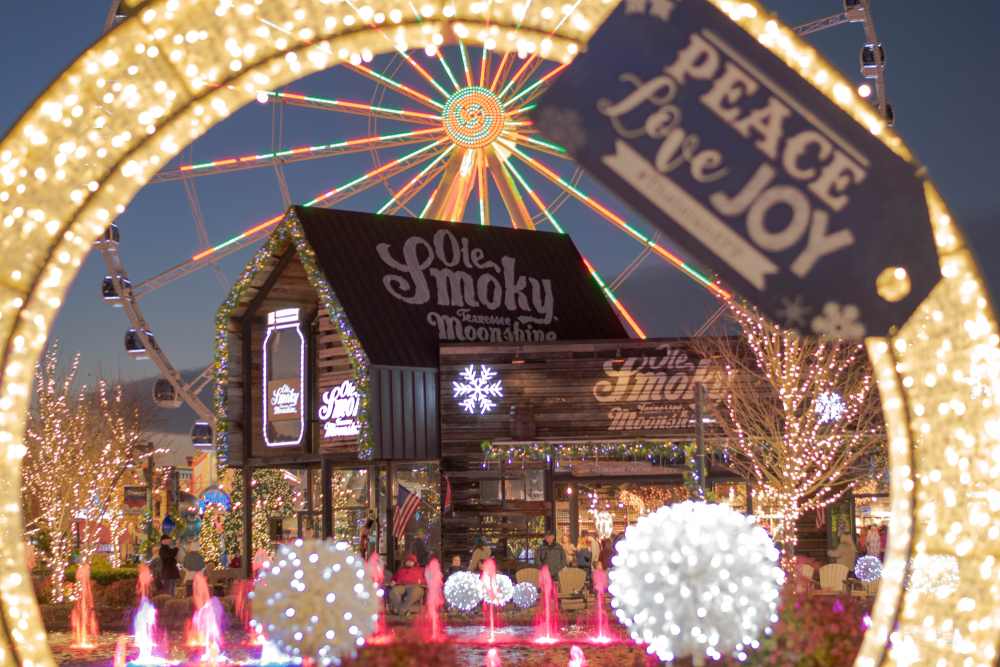 Although this one ain't entirely for the kids, couples and groups of friends over 21 should certainly taste some good ole fashioned moonshine while in the Smokies. It'd be crazy not to! There are tons of distilleries where you can try the Smoky Mountain traditional beverage. The Island at Pigeon Forge is probably the best place to go if you're wanting to sample the drink while also with your family. As well as distilleries and museums, it has shopping opportunities, delicious traditional Southern food options - yum! - and all kinds of entertainment from bluegrass buskers to a good ole knees-up. 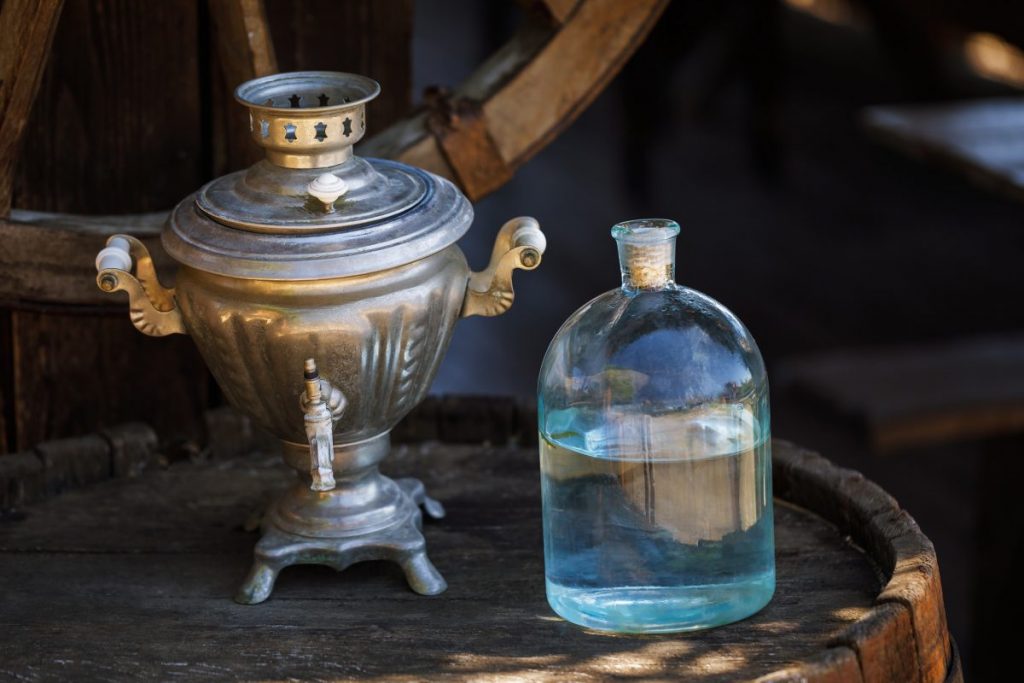 Take in the Hatfields and McCoys Dinner Show

The tale of the Hatfields and the McCoys is one prevalent enough to have even been turned into a TV series. But have you ever wondered what it was like to live in the Confederate South? At the Hatfield & McCoy Dinner Show in Pigeon Forge, you can kind of find out. Granted, the reenactment of the infamous family feud isn't exactly historically correct, but you can't go wrong with classic country food and a darn feastin' good time. Whichever family you pick to be part of, you're in for a jaw-dropping, hilarious night of family-friendly entertainment you'll want to see again and again. 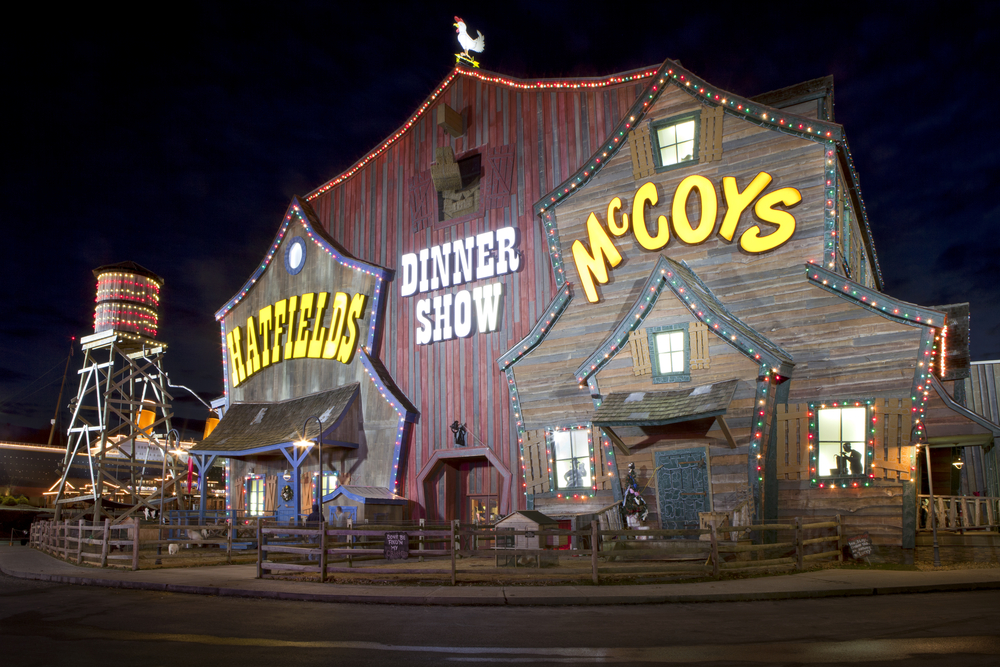 Fixin’ to do Some Relaxin’?

The day after the dinner show, why not give yourself a day of relaxation? Or, while Pop takes the kids to do some fishin', you can slide in a few hours of pampering before they get back. The Canyon Spa at Lonesome Valley is small but delightful; the luxury treatments and amenities available will make you feel like you're the Queen of the Prairie. There, you can indulge in everything from a deep-tissue massage to facials, manicures, and more. The staff at Canyon Spa are there to make you feel good with their Southern Charm, and the spa itself offers its own natural gems in the shape of the landscape mountain views from every window. 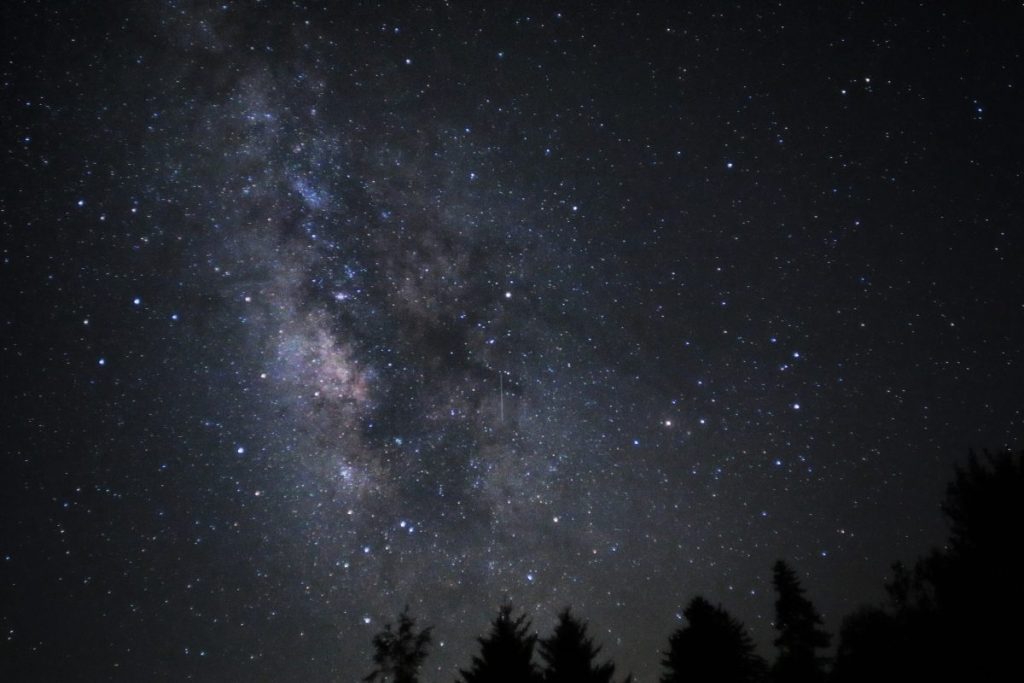 See All of Tennessee’s Craziest Stuff

As a state, Tennessee has its fair share of weird and unusual things to do. Between Gatlinburg and Pigeon Forge, however, there might be the biggest concentration this side of Nashville. Believe it or not, Ripley's has eight different attractions spread out across the Gatlinburg and Pigeon Forge area. In fact, the Odditorium has called the Smokies home since 1918. Enter the Odditorium to find shrunken heads; a dragon made entirely out of scrap pieces of metal, and oddities from all corners of the world. As well as these, it's home to the Vampire woman, a maze of mirrors, sharks, and jellyfish that roam the waters of the aquarium, and dozens of year-round events to keep kids and adults on their toes. 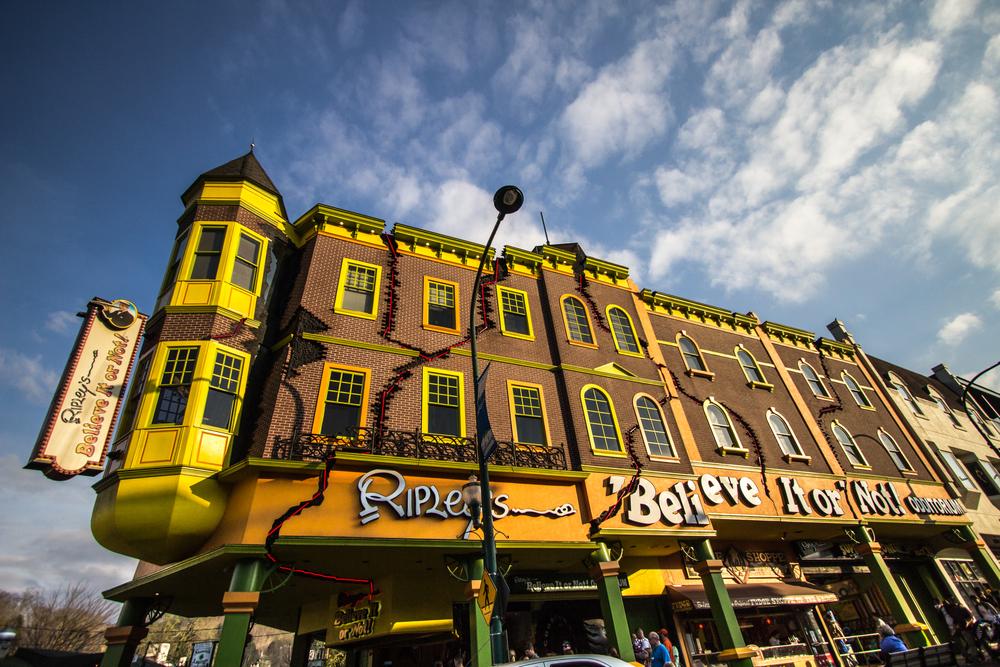 Gear up for the Smokies and take a drive around the Roaring Fork Motor Trail. The trail consists of six miles of incomparable scenery with a road only big enough to allow cars and bikes. Along the route, you can pull up, lock up your car, and explore all of the secrets the Sapphire Valley has to offer. Hikes such as the one to Rainbow Falls, an 80-foot waterfall join the historical buildings of the Noah Ogle farmstead. The best thing to do on this trail is to take the family, take a picnic, and marvel in the Appalachian hills it’s hard to believe are real. 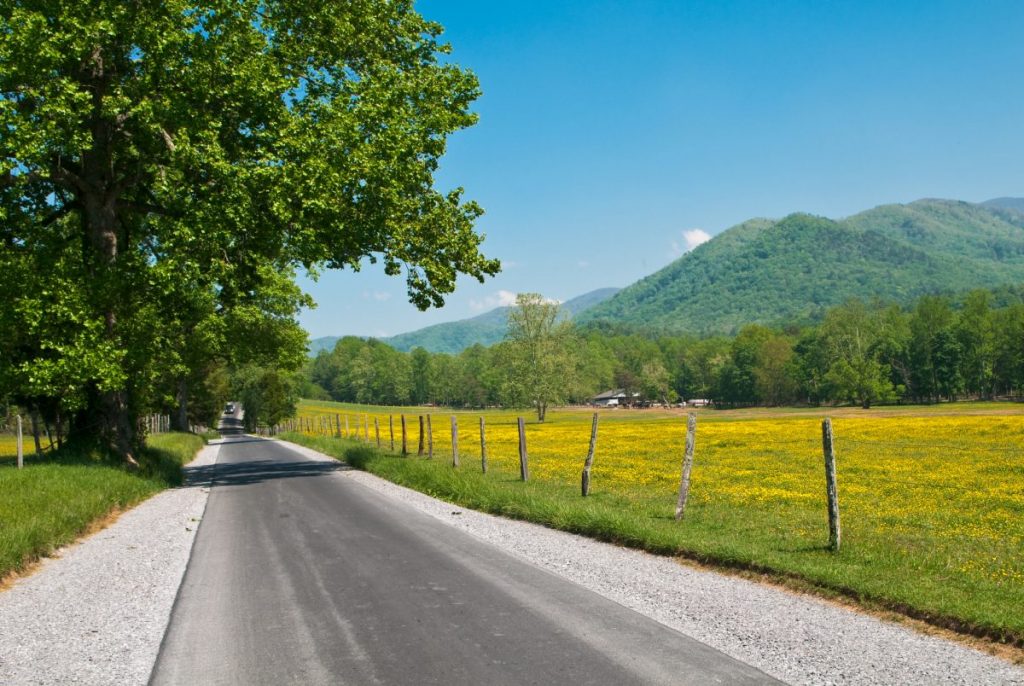 The Roaring Fork Motor Trail is inside of the Great Smoky Mountains National Park. Possibly one of the most stunning sights in the country, meadows of wildflowers and sprawling, lush, green forests coat the mountains like a blanket. Hiding away are more waterfalls, babbling brooks, crystal clear streams and part of the Appalachian Trail. For those who want to see everything, there's even an observation tower on top of the highest peak in the Smokies, Clingman's Dome. Offering vast, seemingly endless views of the misty, dusk-covered mountains, visiting it will make you feel like you're on top of the world. 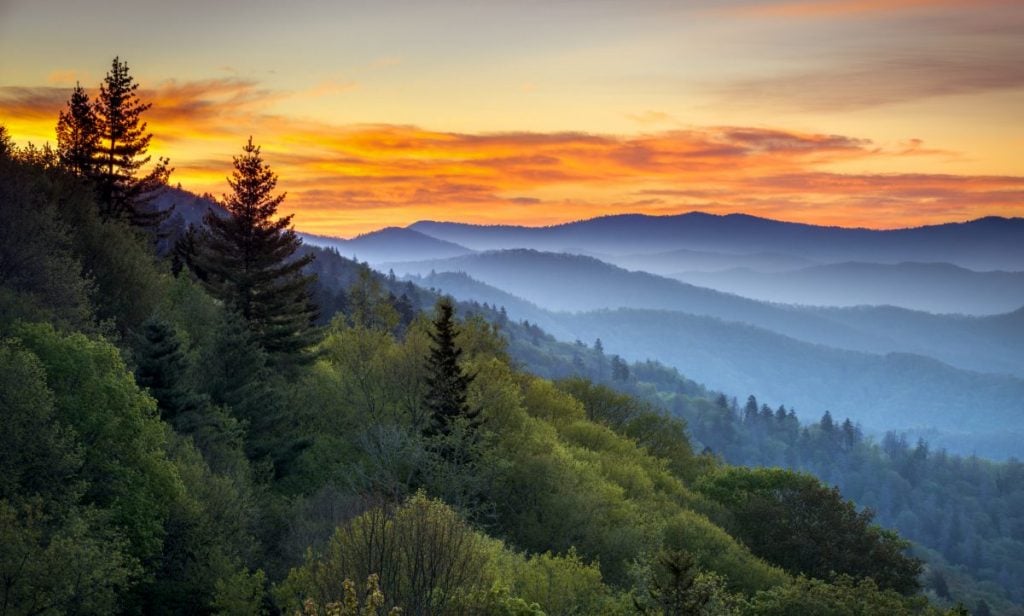 Catch the Dance of the Fireflies

Every June, something special happens in the Great Smoky Mountains. For two weeks, you can witness the natural synchronized light show put on by thousands of fireflies. First documented in 1917, the dance of the fireflies has been capturing imaginations and hearts for generations. If you're in Pigeon Forge or Gatlinburg in mid-June, you'd be remiss to miss out on this once-in-a-lifetime opportunity. Not even photographs or videos can truly encapsulate what it feels like to see this for yourself. Simply jump on a trolley from the Sugarlands Visitor Center and it'll take you right where you need to be. 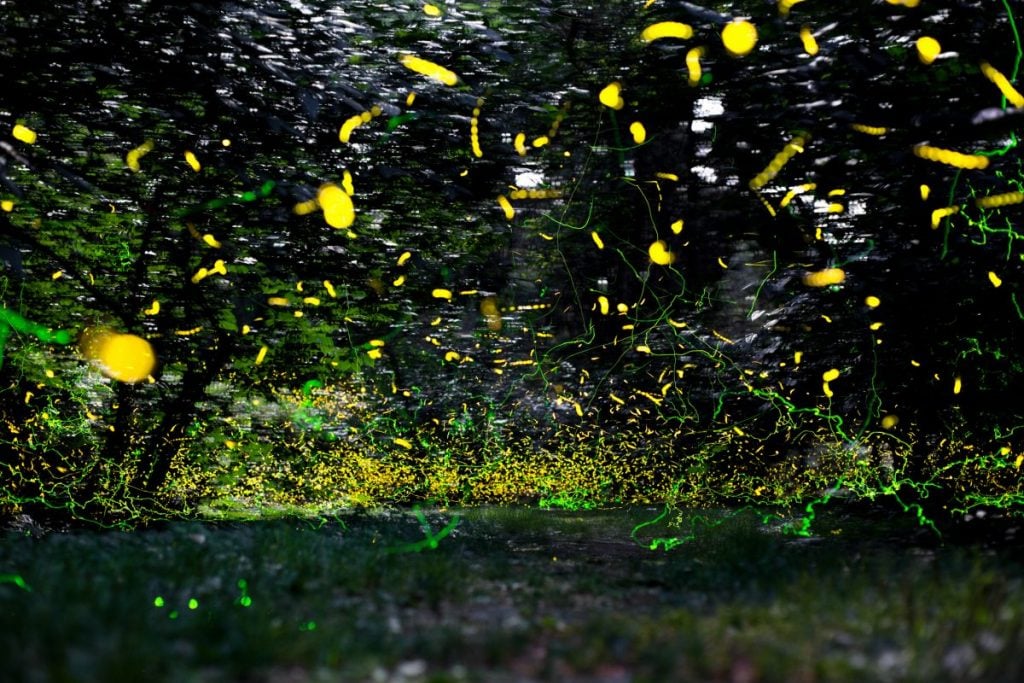 Dollywood isn't Pigeon Forge's only amusement park. Just down the road from the Hatfield & McCoy Dinner Show is the WonderWorks indoor amusement park. With hundreds of interactive exhibits and activities for kids and parents alike, it's worth taking a few hours out of your Gatlinburg vacation to visit. In the complex, you'll be able to experience what an earthquake feels like that measures six on the Richter Scale, lie on a bed of nails, and put yourself in the driving seat of dozens of simulations from fighter jets to roller coasters. While you're there, don't forget to check out the magic show from master illusionist Terry Evanswood. Between him and the Smokies at large, you'll see how real magic actually is. 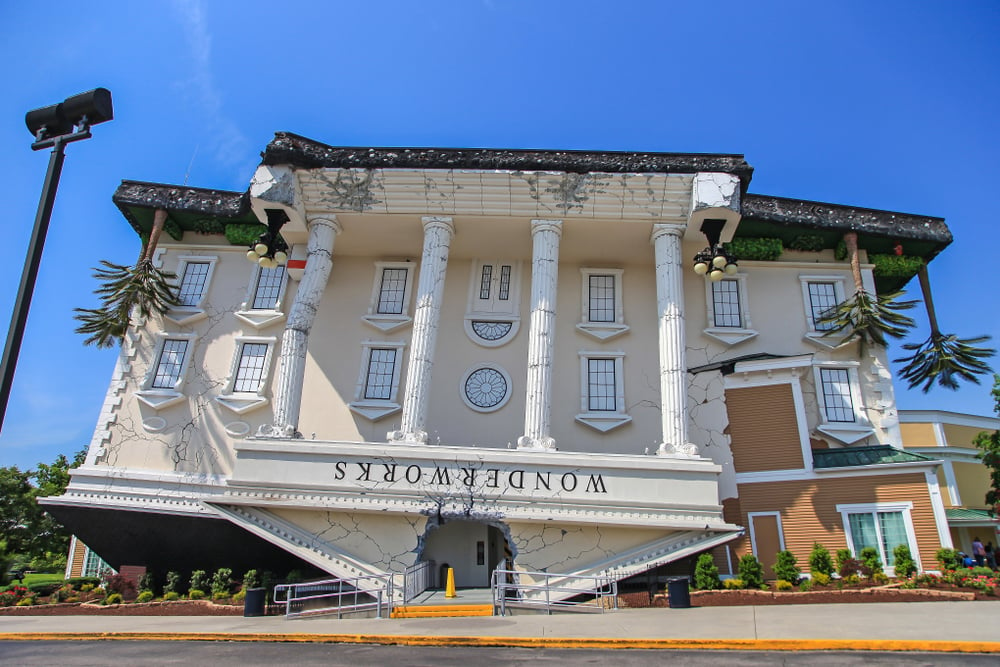