Cool Experiences You Can Only Have in Cleveland

There’s no shortage of things to do in Cleveland: the Rock & Roll Hall of Fame, Cedar Point Amusement Park, shopping, live music and events, restaurants, bars, and sports. But did you know that you can see a statue that looks like it’s crying black tears? Or tour the original A Christmas Story house? How about a museum dedicated solely to contraception? Once you wander off the beaten path, you’ll be surprised by all the cool and unexpected experiences this little city in Ohio has to offer.

Eat kielbasa at West Side Market

You’ll find every kind of sausage under the sun at West Side Market: fresh, smoked, double-smoked, Polish, Hungarian, you name it. There are 100 stalls sprawling throughout this spacious market hall: butchers, bakers, fishmongers, cheese-makers, and sellers of spice and rice. Enjoying continuous usage since its construction in 1912, the beautiful barrel-shaped building has been repeatedly renovated and improved and has the airy feel of an aircraft hangar. 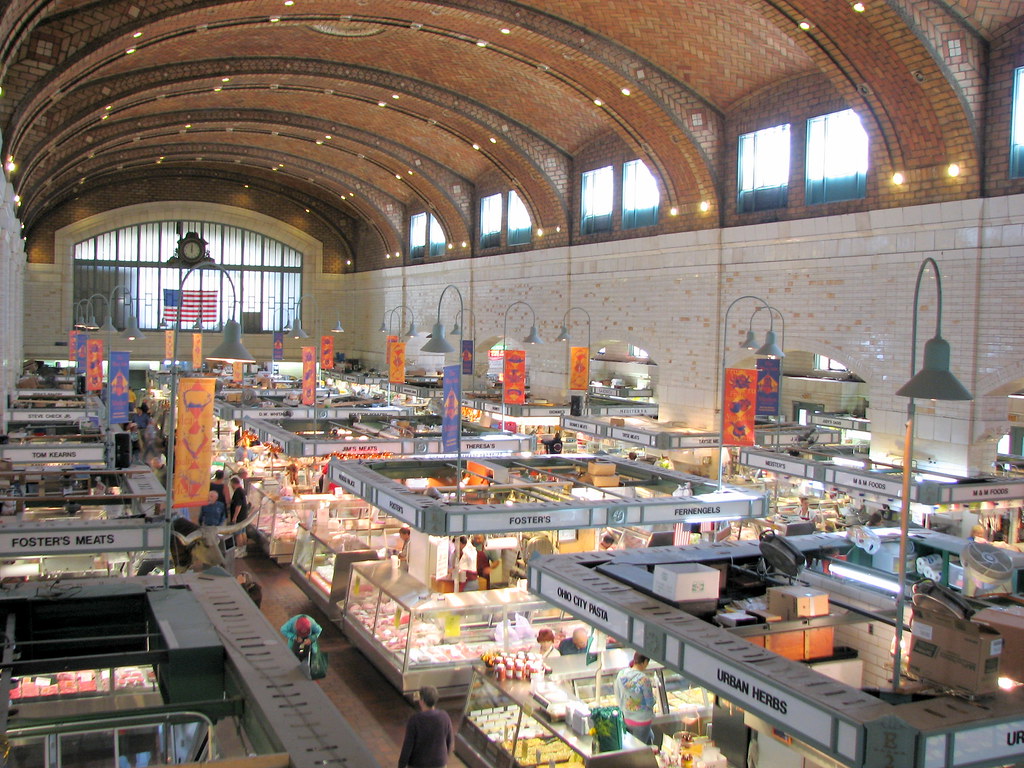 Stroll through "A Christmas Story" House and Museum

The actual house where A Christmas Story was filmed is now open to the public year-round. Fans of the nostalgic 1983 holiday film will appreciate that the interior has been fully restored to its original cinematic splendor and is an exact replica of Ralphie’s cozy 1940’s family home. The museum directly across the street features original props such as Randy’s overstuffed snowsuit, and the toys from the store where Ralphie saw the Red Ryder Carbine Action 200-shot Range Model air rifle of his dreams. Just don’t shoot your eye out, kid. 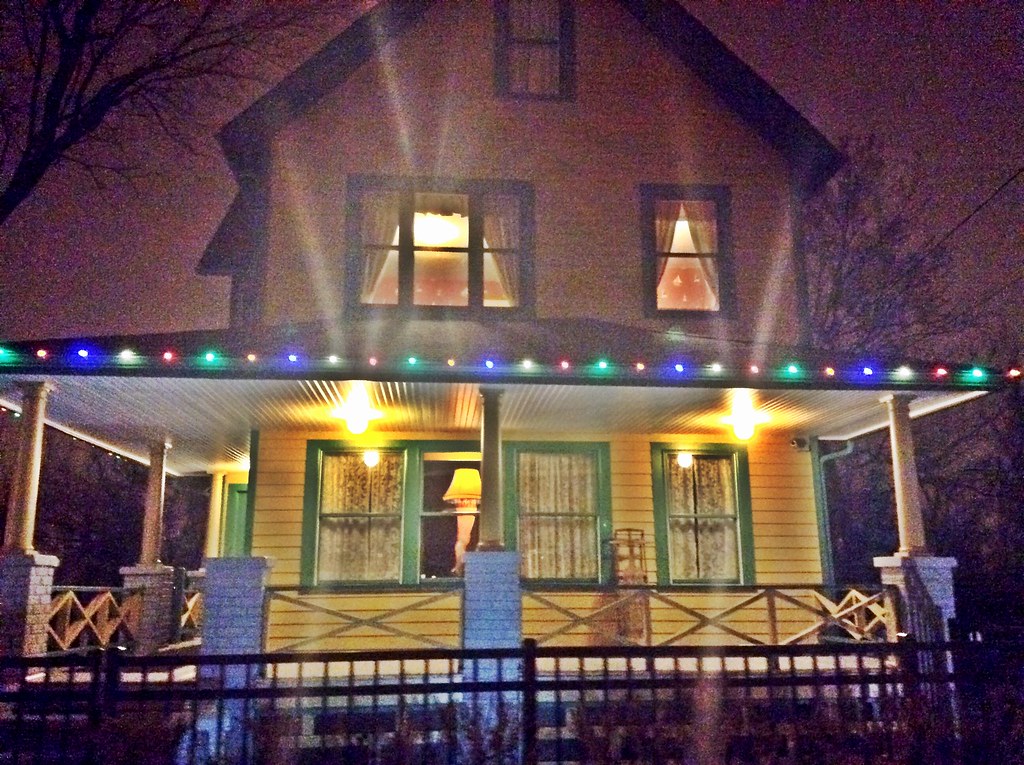 When the 45-story Sohio Building in downtown Cleveland was first opened in 1985 by Standard Oil of Ohio, also known as "Sohio,” the CEO at the time decided the soulless corporate structure needed a bit of brightening up. So, he commissioned sculptors Claes Oldenburg and Coosje van Bruggen to design the world’s biggest rubber stamp, which they did. The 49-foot-tall stamp with the word FREE on the bottom honors Civil War soldiers and freedom from slavery. When British Petroleum took the building over not long after, the new CEO refused to “rubber stamp” the sculpture, feeling its message mocked the global corporation. The stamp was finally freed from a warehouse in Indiana in 1991, finding its permanent home in Willard Park, a few blocks from its intended location. One thing’s for sure: this giant stamp is sure to make an impression on you. 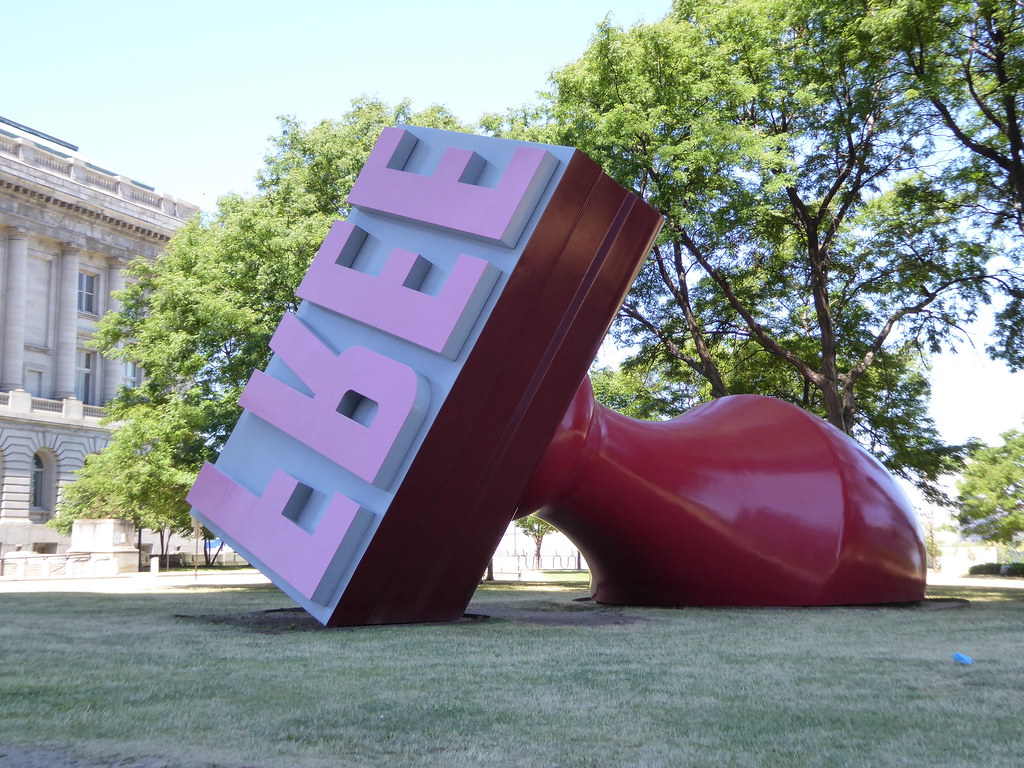 Creep yourself out with a weeping statue

In Cleveland’s enormous Lakeview Cemetery, you’ll find the infamous “Angel of Death Victorious,” an unsettling life-size statue with outstretched wings that appears to have black tears streaming down her face. Hauntingly beautiful, the Haserot Angel, as she is also known, sits solemnly on her stone throne at the gravesite of canning entrepreneur, Francis Haserot. But that’s not the only spooky statue in this 280 acre home to 100,000 graves, including that of former president James E. Garfield. You’ll find some cloaked statues with faces obscured by their stone robes, scattered throughout. 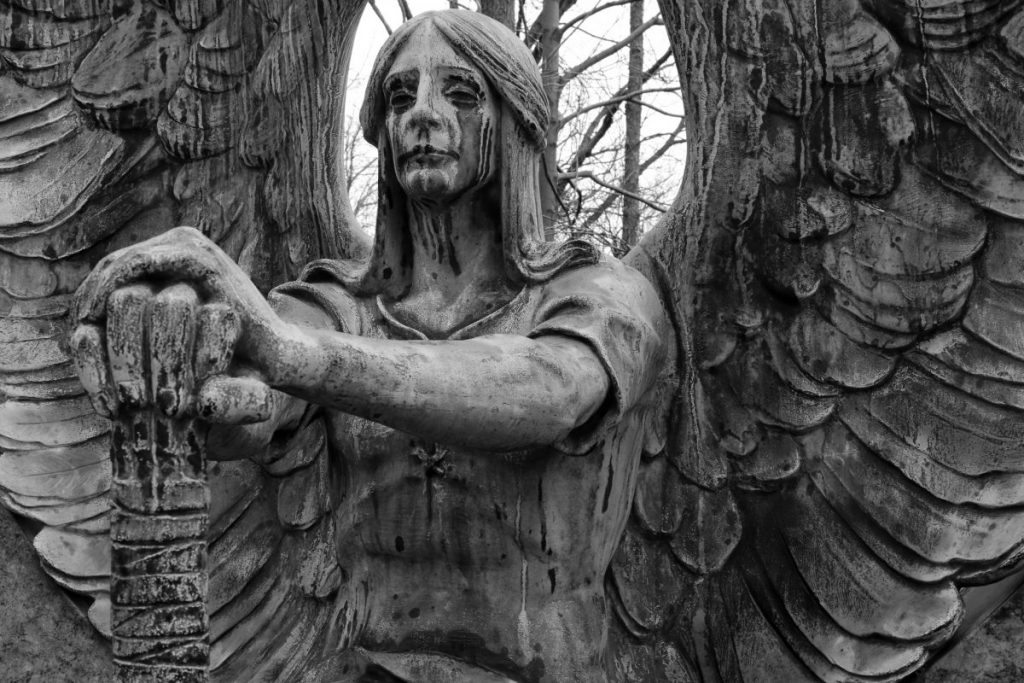 According to local legend, John D. Rockefeller funded the construction of “Cleveland’s Crystal Palace” because he wanted to shop indoors. The 140-year-old shopping complex, with its two nine-story towers and five-story arcade enclosed under an enormous glass skylight, was modeled on the opulent Galleria Vittorio Emanuele II in Milan. The strikingly beautiful structure has two stories of shopping and restaurants to explore. You can even book a few nights here, if you fancy -- the top floors are now a hotel. 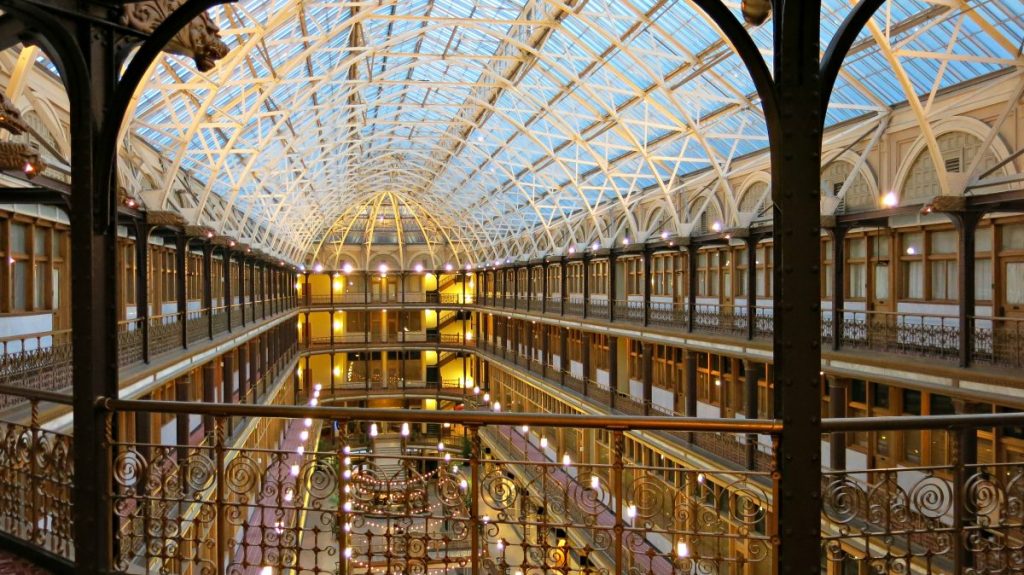 Marvel at the Museum of Contraception

The Percy Skuy Collection on the History of Contraception showcases the desperate, dangerous, often painful lengths people have gone to over the centuries, all in the name of preventing pregnancy. Here, you’ll find Casanova’s handwritten advice for his lovers to insert a lemon after doing the deed with him. Other “contraceptives” include beaver testicles, Goodyear tire rubber, spider carcasses, and mule ear wax.

Once you’ve finished viewing this outlandish collection, you’ll leave the museum with a newfound appreciation for the marvels of modern medicine. 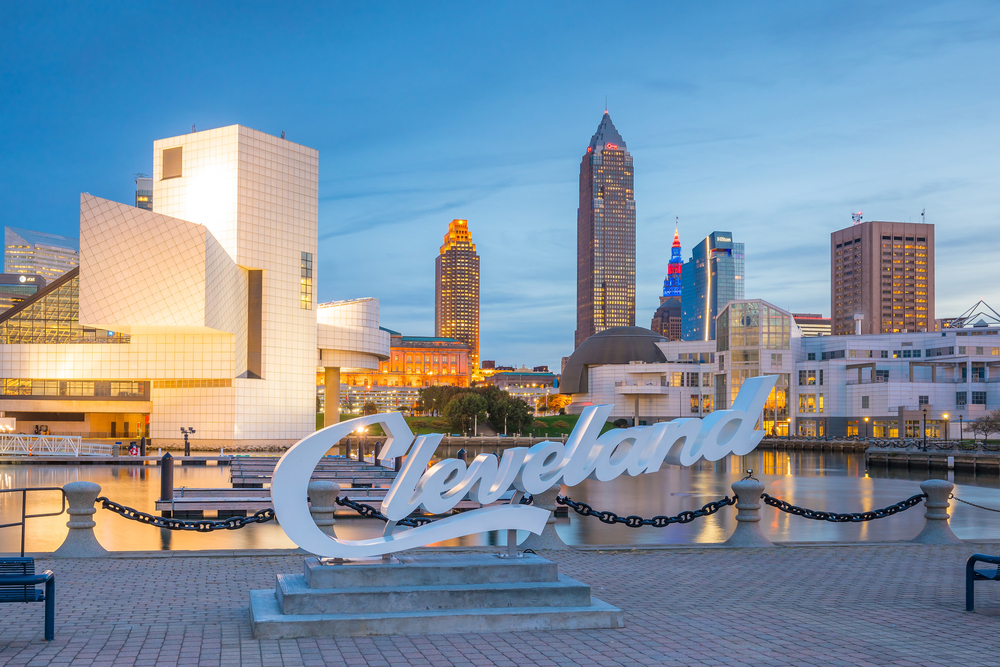 Give yourself chills looking at a frozen lighthouse

If you find yourself in Cleveland during the winter months, head to the harbor and you’ll find a rather eerie phenomenon on Lake Erie: a vacant lighthouse encrusted in layers upon layers of ice. Every winter, the West Pierhead Lighthouse turns into a gigantic ice sculpture, whipped up by Mother Nature herself through a combination of wintry winds and waves. The 105-year-old lighthouse’s slight tilt somehow makes this icy occurrence all the more unsettling. 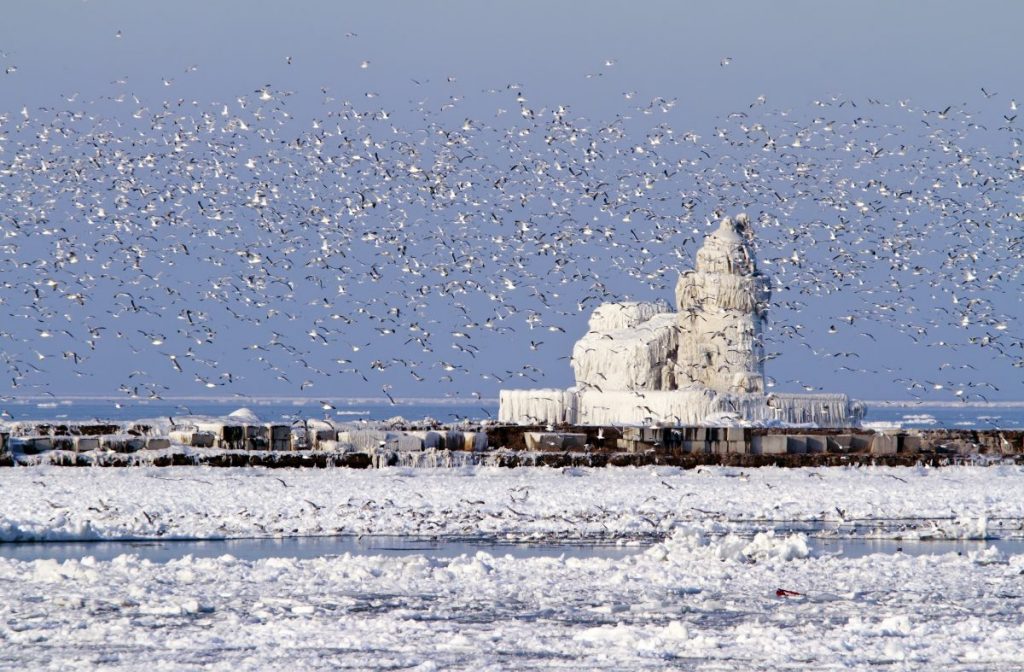 Soar through the International Women's Air and Space Museum

Ohio is the so-called “Birthplace of Aviation,” so while you’re there, you might as well check out a museum that stands as a testament to the daring women who have taken to the skies and outer space. Located inside Burke’s terminal, the small museum blends seamlessly with the airport and is easy to overlook. Here, you’ll find a compelling collection of memorabilia such as Ruby Wine Sheldon’s helmet, miniature versions of planes that famous female aviators have flown, vintage stewardess uniforms, and tributes to female astronauts. 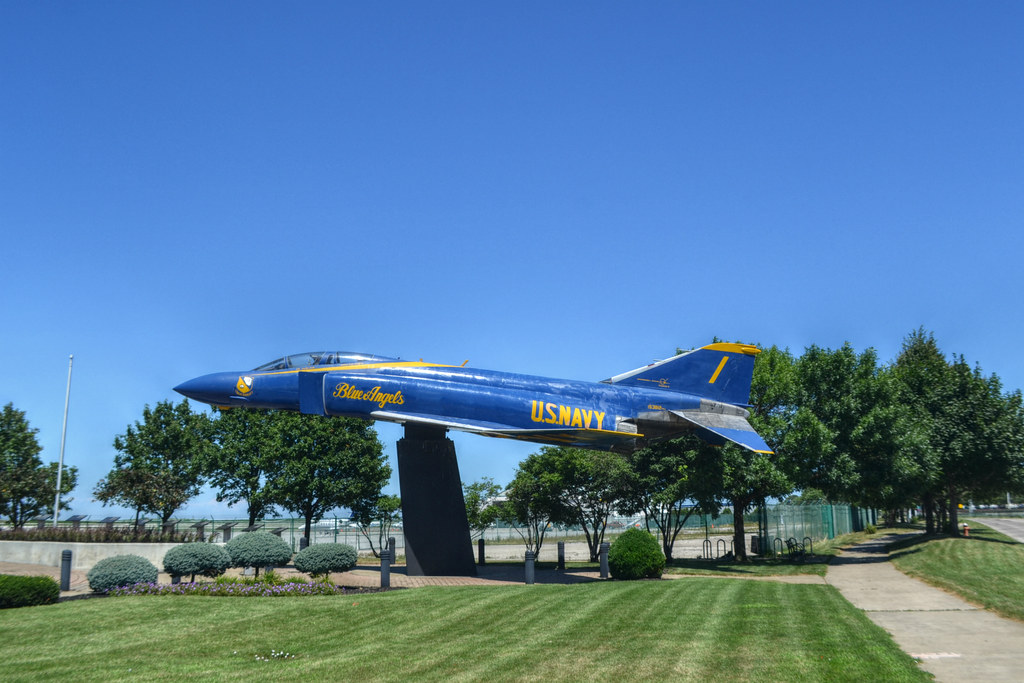 Although it’s becoming a bit of a “rare bird” these days, you can still find this distinctly Midwestern dish on some menus in traditional Cleveland eateries. Here’s the catch: city chicken is not actually chicken at all. It’s a mock chicken dish concocted during the Great Depression, when chicken was considered a luxury meat. Imaginative Midwesterners mimicked the savory flavor of drumsticks by skewering veal or pork and breading it. Nowadays, chicken is cheap, so order a helping of mock chicken while you still can. 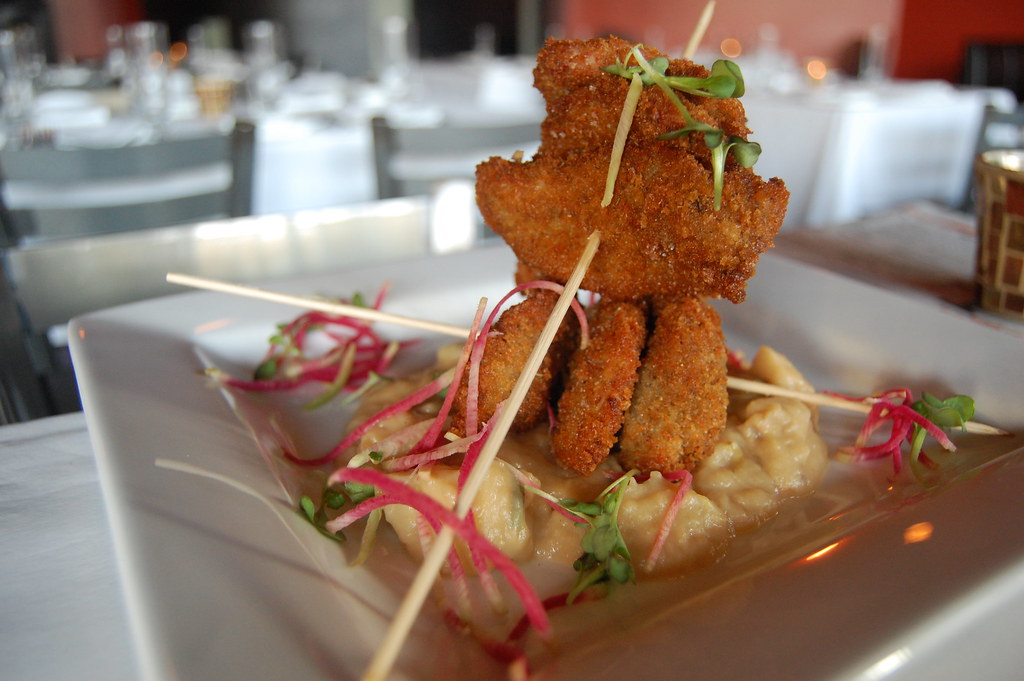 Freak yourself out at Franklin Castle

This multi-turreted, gargoyle-laden castle at the heart of Cleveland has too much history not to be haunted. Apparently, its elaborate construction was an attempt to distract the original owner’s wife from all the deaths of her immediate family members, which took place in the castle -- until she died, too. Supposedly, an ax murder, a hanging death of an illegitimate daughter, and a mass shooting of Nazis down in the basement have also taken place within the castle walls. Once home to Mickey Deans, the late husband of Judy Garland, it has a bit of star power behind it, too. Although now a private residence, Franklin Castle still attracts its fair share of morbidly curious onlookers. 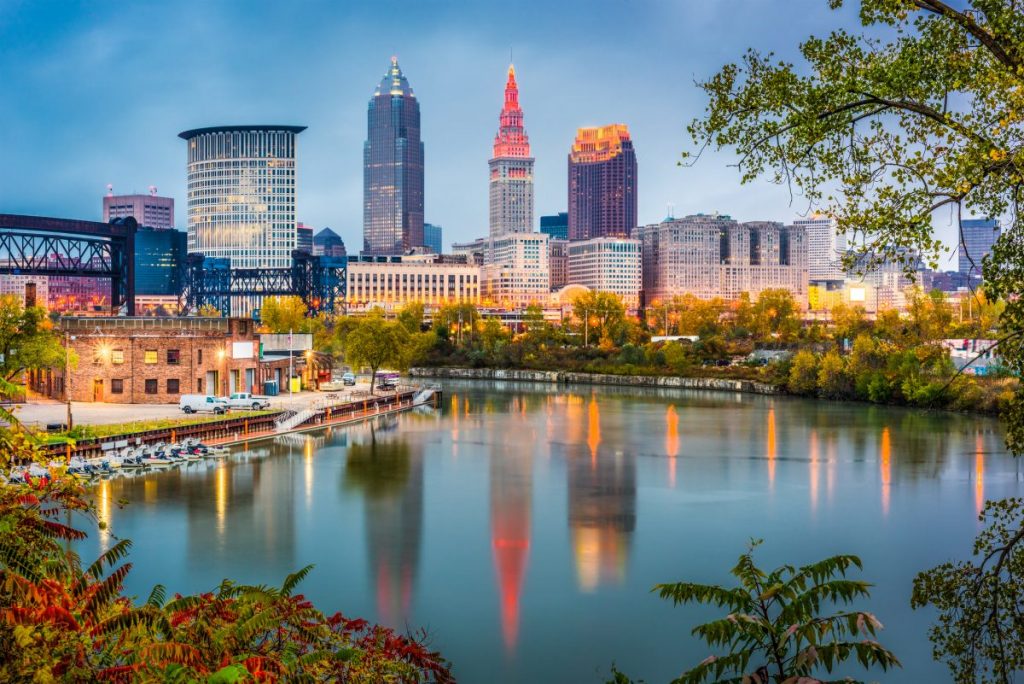