Cheap Fun Things to Do in Missouri

Tucked away in the American Midwest, Missouri has more bang for its buck in the tourism world than it first seems to. Sandwiched between Kansas and Kentucky, Missouri is awash with roaming, grassy plains and glossy, snowy peaks like those of the Ozark Mountains. From the jazz-prominent streets of downtown St. Louis - the same one Judy Garland sang about - to the abundance of stunning state parks, there are so many things to do in Missouri that truly capture the imagination.

Since its founding in the middle of the 19th Century, the Missouri Botanical Garden is America's oldest botanical garden that's still in operation. Covering almost 80 acres of land, this awe-inspiring St. Louis landmark has dozens of sections for you to admire. As well as an authentic Japanese garden and the tropical greenhouses of the Climatron and Linnean House, every year sees hundreds of special, seasonal events. The gardens are also the location of Henry Shaw, the founder's, country home. With its period furnishings and Victorian Garden, you can mix history with the finest of locations. 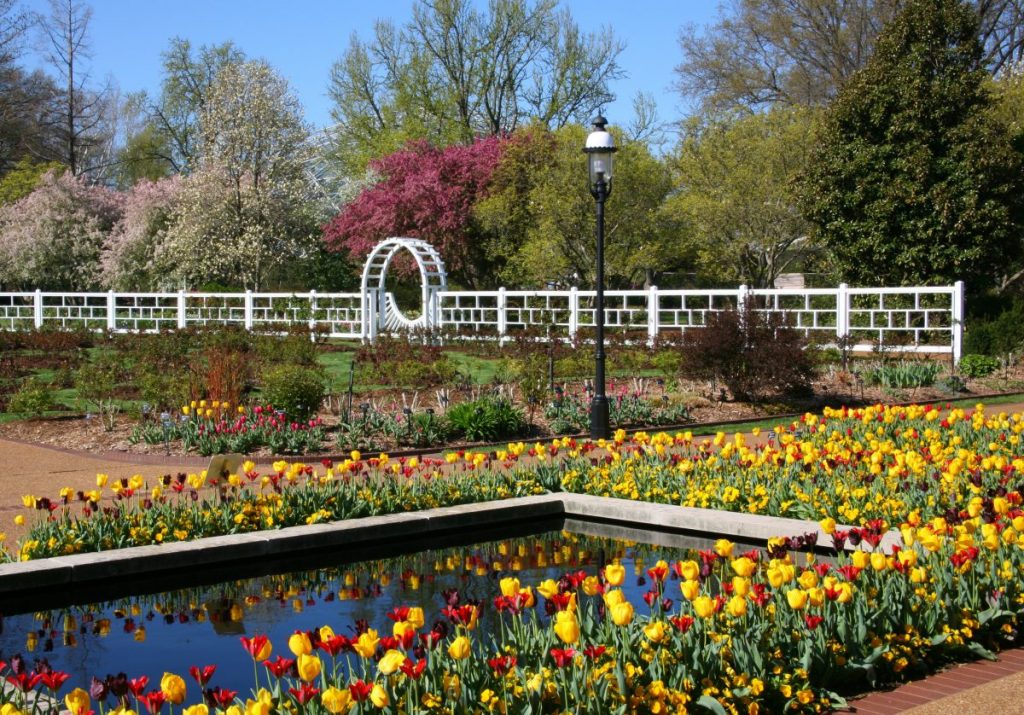 Marvel At the Strange and Unusual City Museum

St. Louis is home to a lot of museums, but one of the strangest can be found in the city's Loft District. What was once the International Shoe Building is now one of the strangest and yet most unique museums in the country. What City Museum essentially is, is an urban playground founded around the idea that cities are as many pieces of art as those held inside of them. It's a whimsical day trip and one that all the family will enjoy. As well as there being abandoned planes that have been turned into jungle gyms and the school bus teetering precariously over the top of the building, there's also a working Ferris wheel and an aquarium. 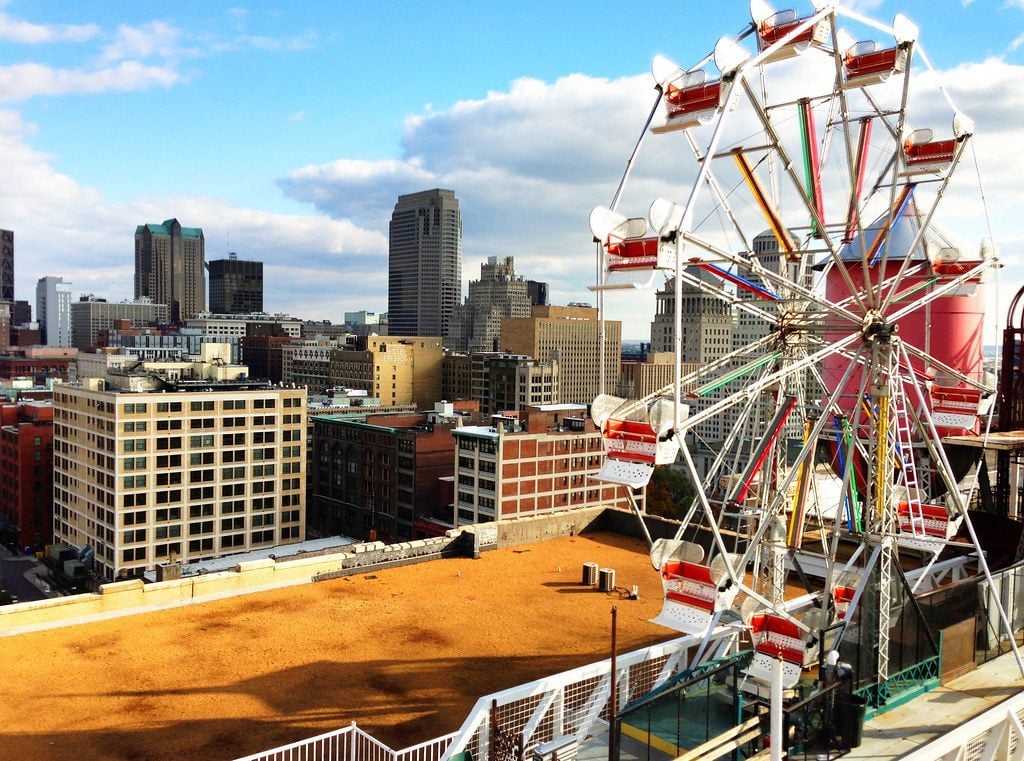 Believe it or not, you don't need to venture to Europe to see a real-life castle. You can just go to Missouri. In the middle of the dense forest in Ha Ha Tonka State Park lies the ruins of an early 20th Century castle. The park itself is full of adventure for those wanting to find it, with trails as far as the eye can see. However, there's no doubt that its strangest draw is the ruins. Built by a man called Robert Snyder, the castle was created as a place for him to escape, but he sadly died before he was able to enjoy it. However, his sons took over the building of it in the 20s, and for a while, it was used as a boutique hotel boasting vast views over the Ozarks. While all that remains is its ruins, there’s absolutely no doubt of its majesty. 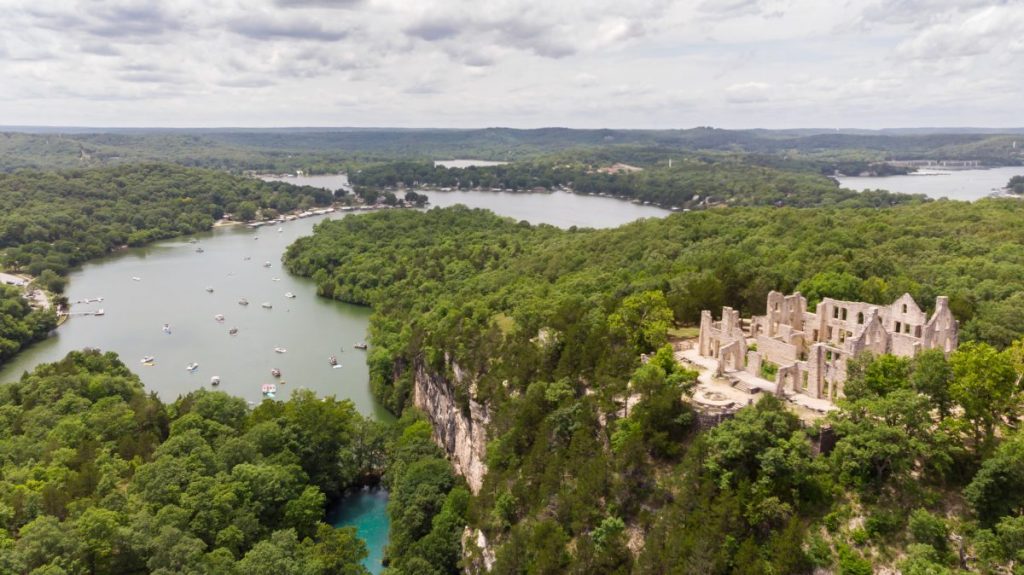 Spend a Day at Lake of the Ozarks

Nothing screams family summer vacation than making sandwiches, packing up everything, and then venturing to the shores of a freshwater lake. Lake of the Ozarks is at the very literal heart of Missouri. Attracting thousands of visitors every year, this area of stunning natural beauty has a whole host of activities and things to do. For those who enjoy a little spending, you can rent a boat or play golf. However, the joy of the Lake is you don't need money to enjoy it. All you need is to simply be. 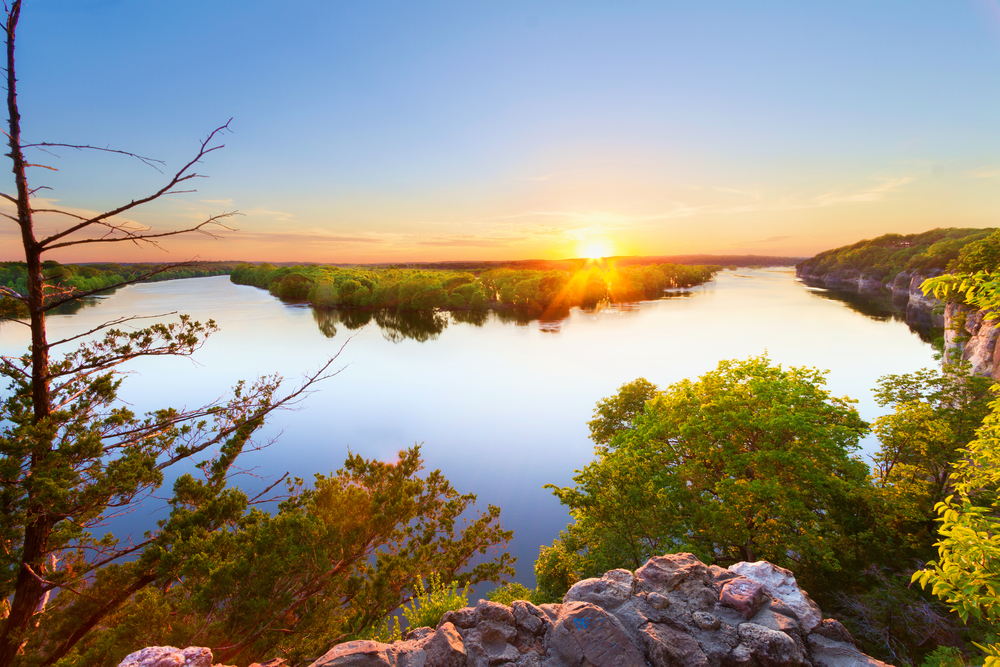 Bonne Terre is also French for "good earth" or "good land," and there's no need to stretch your imagination to see where that came from. Bonne Terre, Missouri, is home to a fantastic historic lead mine. Here, you can take tours of the world's biggest man-made cave system, with waters to swim in and incredible natural architecture to behold. Take the informative tour and learn all about the history of the mine while then diving into one of the most unique attractions in the State. If you'd rather not swim, you don't have to. Tours can also be taken on boat or foot. 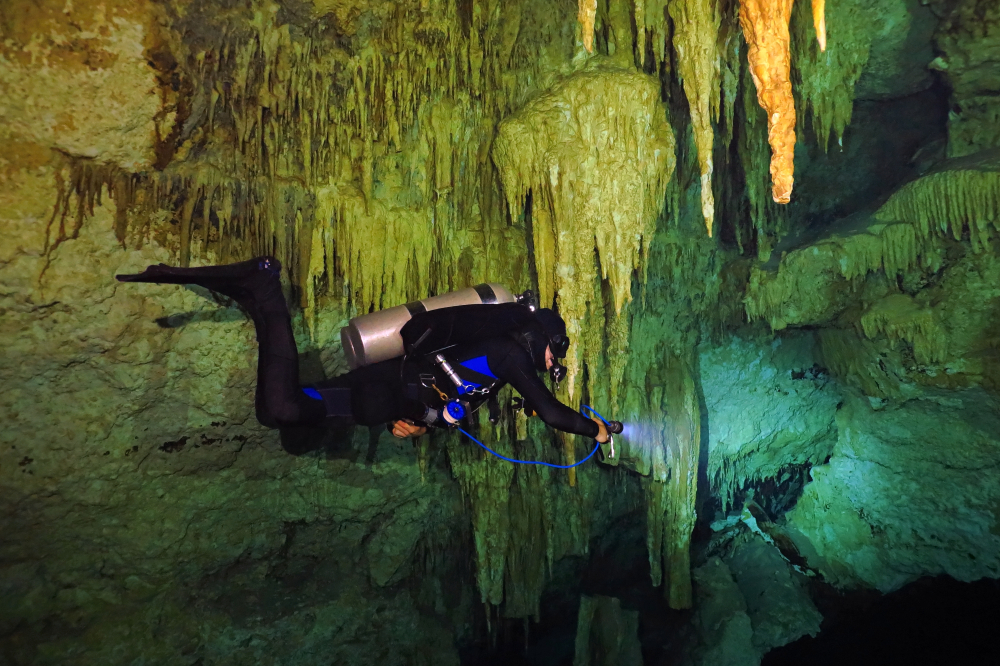 Feast your eyes and your stomachs on Kansas City's Heartland Harvest Garden: America's biggest edible landscape. Here, everything you see tells the tale of how our naturally-sourced green food grows. Although the gardens were created with children in mind, everyone is welcome to come and learn all there is to know about harvesting. The fare changes from season to season and, as well as that, there's a cafe in which you can tuck into everything you've seen on your trip there. Healthy fast food and education: is there anything better? 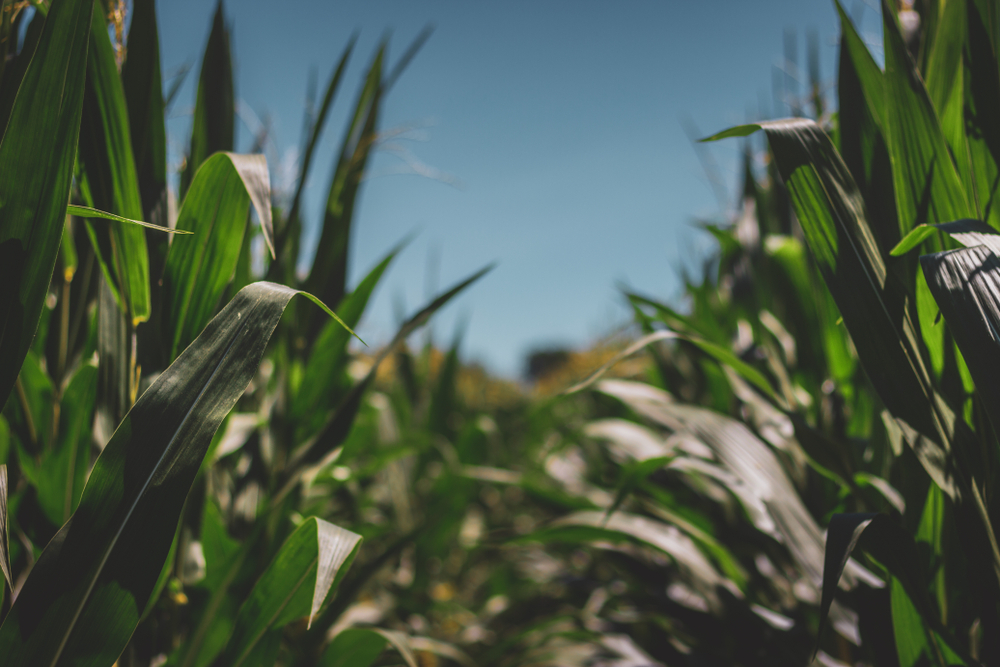 Go on a Nuclear Adventure

Have you ever wished to feel like you're part of a blockbuster Sci-Fi movie? Whether it's a Mad Max adventure you're after or a brief interlude to what it would be like to be in a real-life Fallout game, all you need to do is head to Missouri. The strange nuclear waste adventure trail at Weldon Spring is out of the way, but worth the trip. Inside of this man-made mound lies a veritable cache of dangerous substances: asbestos, TNT, radioactive uranium, you name it. This site used to be the biggest explosives factory in the country. But don't worry, it's totally safe to visit and explore. You can hike to the top of the mountain, sit on one of the benches there, and take in the beauty of St. Charles county. 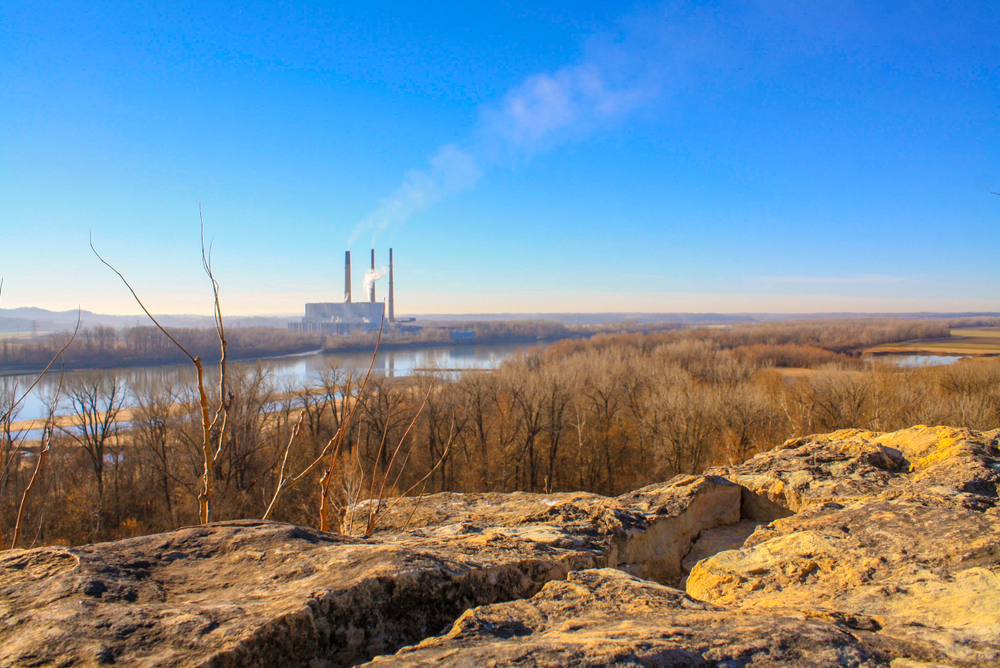 Grab a Drink Amidst Missouri's Curios

There's no bar in Missouri like Venice Café. With patios of bizarre statues, hallways and walls lined with tile, and obscure pieces of artwork, Venice Café stands out with its weird head above the rest. The upstairs lounge has a resident snake, taxidermy friends, and an en suite bathroom filled with ancient chests and monkey statues that hold out toilet paper. Venice Café is more of a museum than a cafe; a museum in which you can drink cocktails, wine, and beer. Is there really anything better? 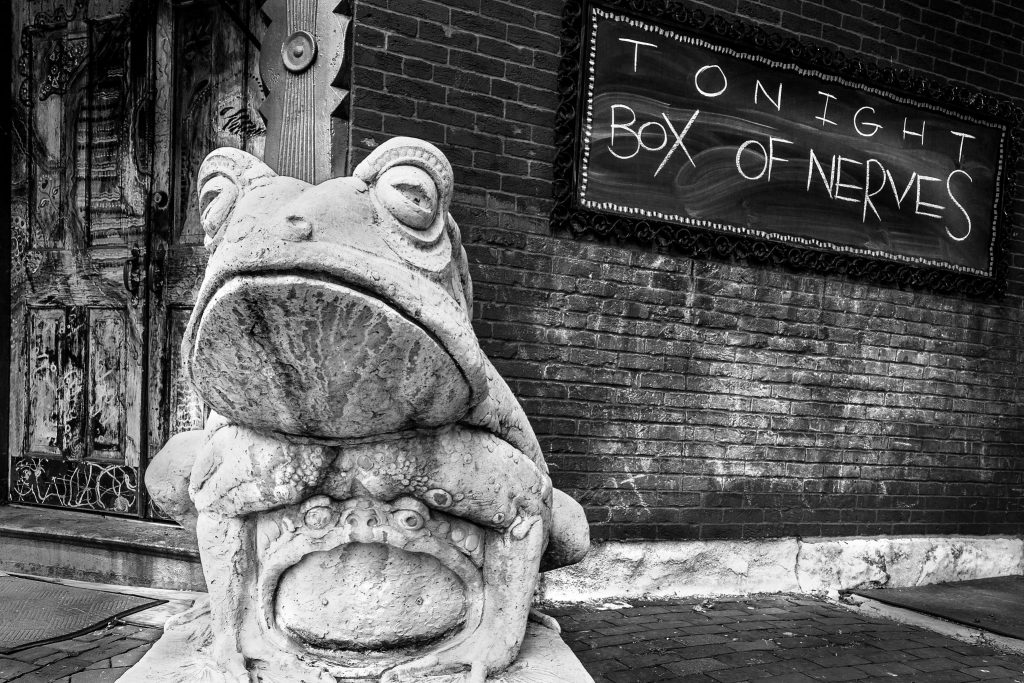 The Kansas City Public Library is a major feature of the city's downtown area; most notably, for the 25-foot-tall book spines that overlook the parking lot. If you haven't had your fill of giants after The Awakening, you'll more than enjoy overlooking this literary gem of a facade. The book spines include some of the best books ever written from "Catch-22" to "The Lord of the Rings." Each title displayed was chosen as a result of a vote that went to the community, hence earning its name, The Community Bookshelf. 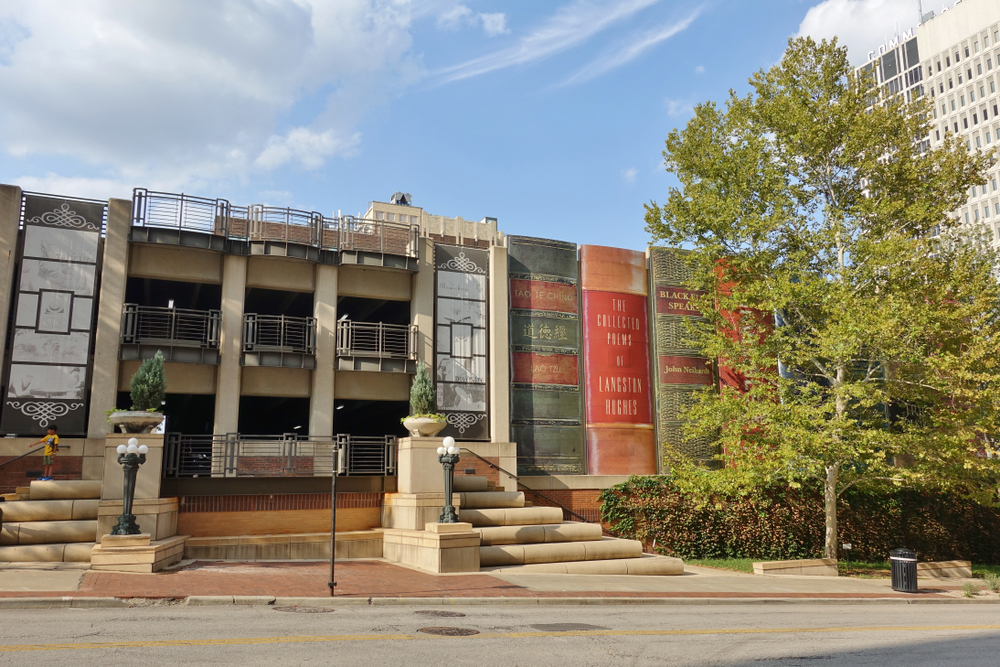 The midwest has many state parks, but Missouri's Elephant Rock is one of more than just wonder. It's also home to a group of rocks that from several angles, look just like a line of elephants going to water. It's this rock formation from which the park gets its name, but it's not all the park is good for. If you love camping and want to camp in Missouri, you'll love this stunning park in which to do it. You can find it just off of Highway 21. 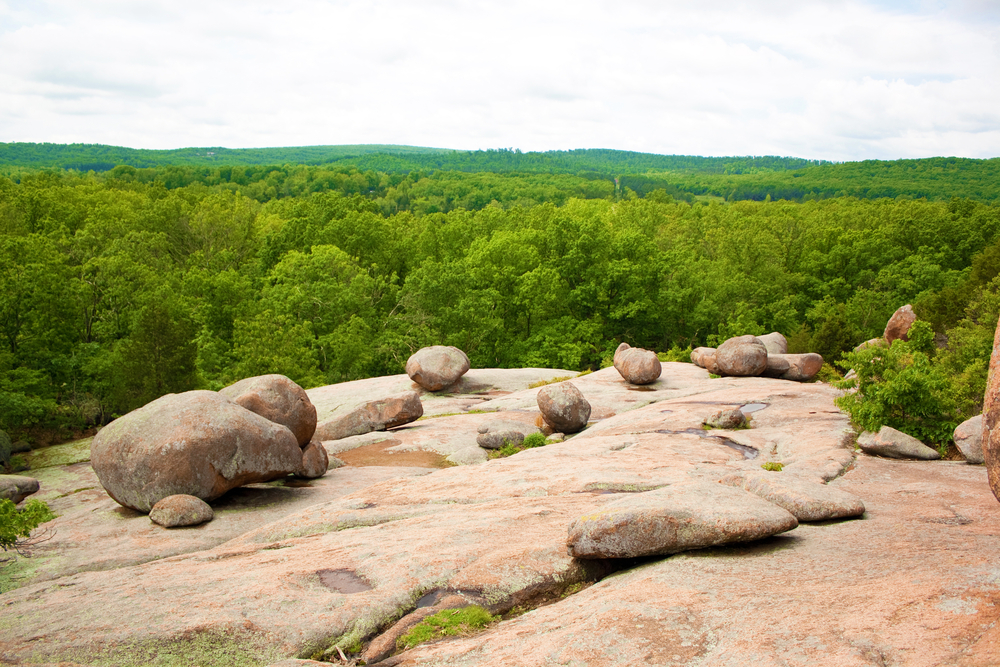