Breakfast Tacos In Austin That You Must Try

If you can think of a more utilitarian food in the world than tacos, please raise your hand. Tacos work by candlelight, in the car, after the club, outside of one of Mexico's grandest museums on the street, and they work for breakfast as well. Austin, Texas knows this. And consequently, there may not be a wider selection of tasty A.M. tacos anywhere in the United States. Not only is Austin the capital of Texas but it is hand's down the breakfast taco capital of Texas and quite possibly the world.

This list is not ordered per se but if it were sisters, Reyna and Maritza Vasquez, from Veracruz, Mexico, would undoubtedly merit their spot at the top of it. What started as a dream has turned into three taco trucks, two brick and mortar locations, a catering company and multiple appearances on the numerous food TV programs in the United States and Mexico. You can't go wrong with anything you order, but if you were to look around, you'd see that most people are eating either the El Traditional which is filled with filled with egg, bacon, refried beans, potato, and cheese or the Migas Poblano. The Migas Poblano - eggs, tortilla chips, poblano peppers, red onion, queso fresco, black beans, and avocado. 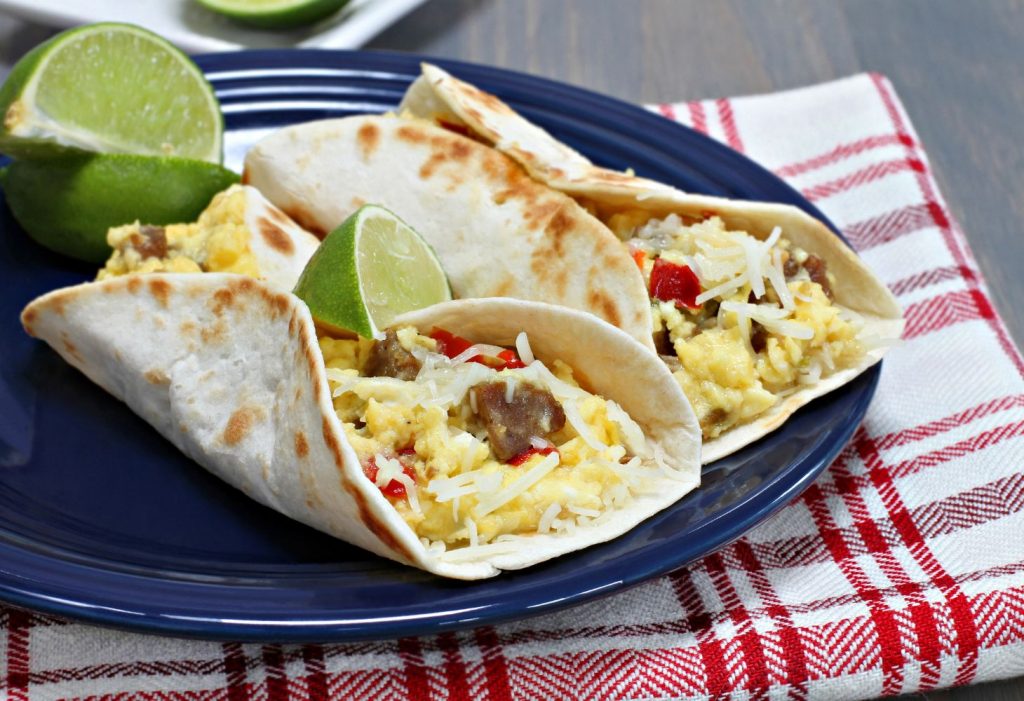 Tamale House East on 6th Street seems to have one, two-fold, goal. Kill your hangover with grease and a fantastic Spicy Migas taco and encourage you to start day drinking on the weekend and come back again tomorrow.  Mexican migas involves taking day (or two) old corn tortillas frying them in a pan adding eggs, chili, spices, salt and a couple of surprises and in the case of a migas taco serving them in a flour tortilla with an assortment of salsas, cilantro, and chopped onions for customers to utilize as they deem fit. 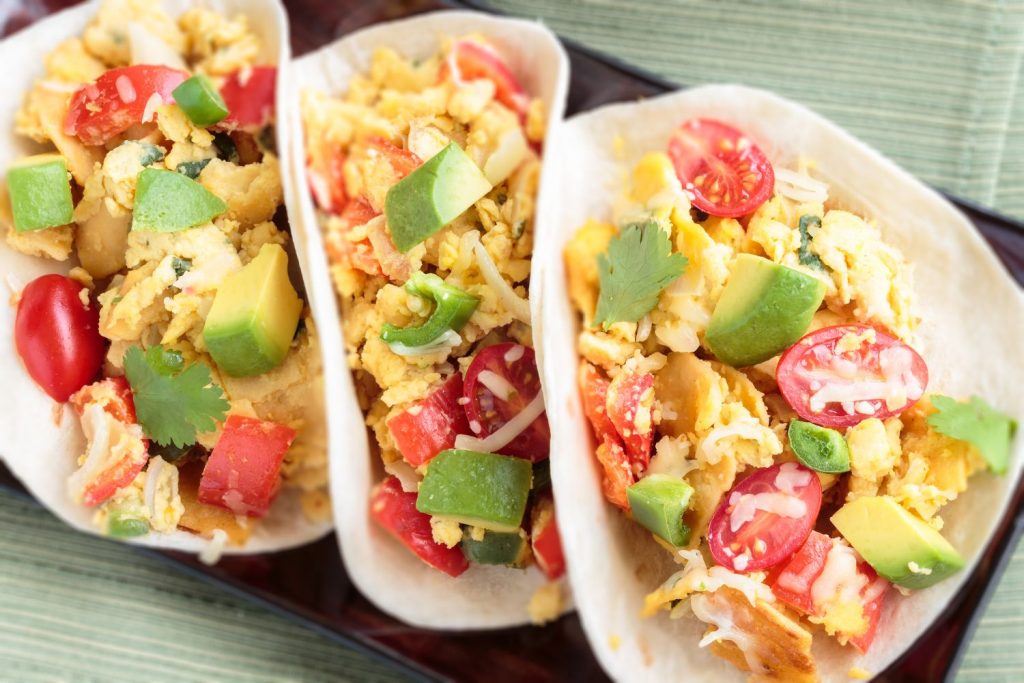 This iconic blue trailer has been serving brilliantly understated breakfast tacos for years. Options abound, but surprisingly you'll find that a majority of the clientele keeps it simple with an order of simple bean, egg, and cheese on a corn tortilla. They are wrapped to go, and they work at a frenetic pace to keep the line moving in the morning. 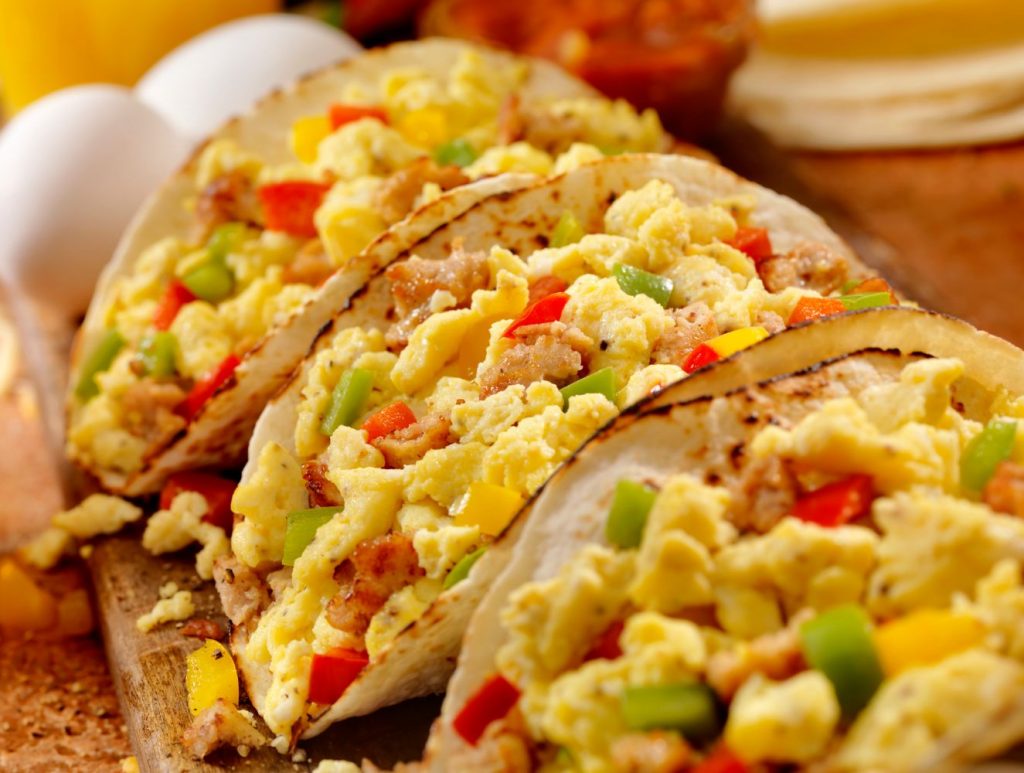 Valentina's takes the breakfast taco to a new level. Using only the best beef (the farm is on the menu) for her brisket and other traditional Texas creations wrapped in a tortilla is impressive. Her award-winning "The Real Deal Holyfield" comes with fried egg, potatoes, refried beans, and bacon, along with your choice of smoked meats, including brisket. 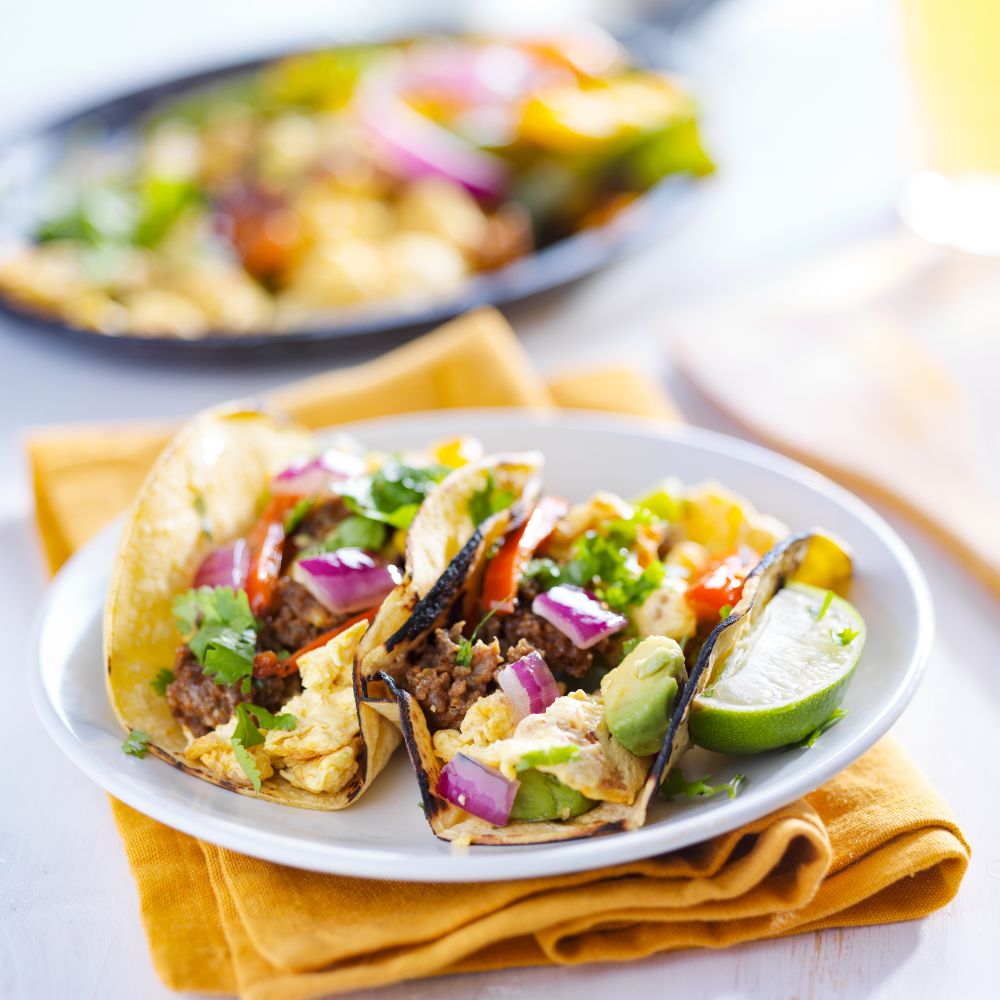 This place has been serving out of a trailer for well over a decade, and most people tell you you're best served with their chorizo, egg, and cheese taco with a splash of their fiery red salsa. Wrap it up again to let the salsa soak through and take a bite at every stop light you hit on the way to work or simply eat it at a picnic table while you read the paper. 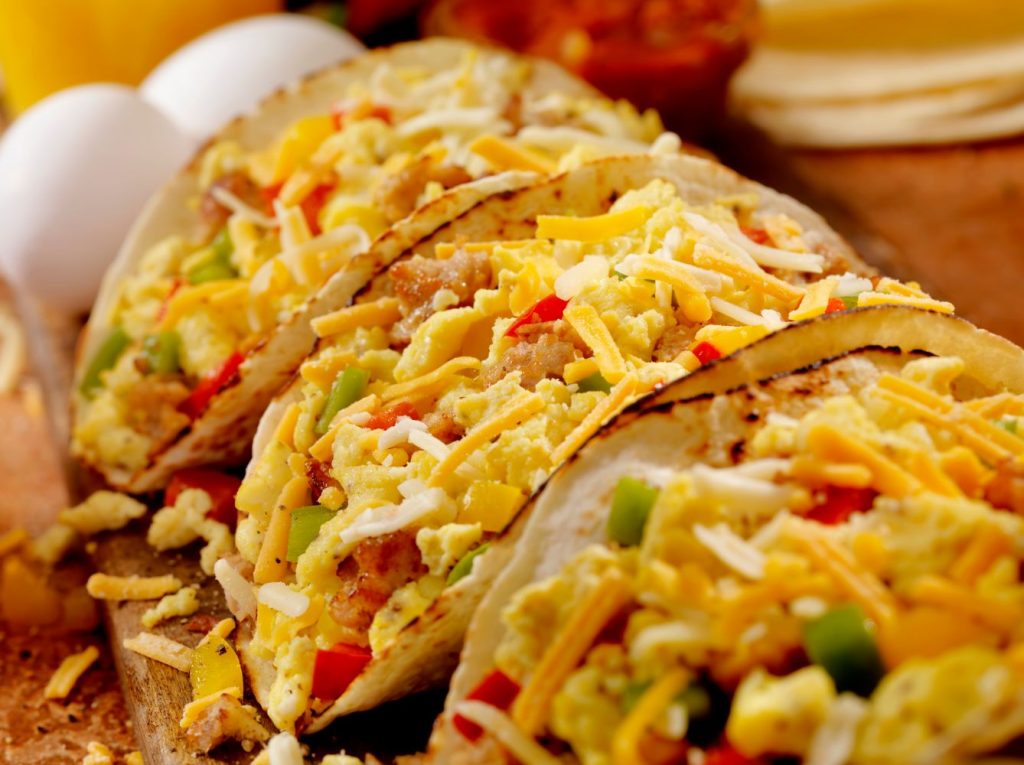 A few of Tyson's taco offerings might seem a bit strange but so are a lot of the people of Austin. See, you get a point for every dollar spent at Tyson's, and when your card says you have 250 points, you get to create a taco and name it. Whoever George is, he did a pretty good job with the King George - migas, fried avocado, and bacon topped with creamy Sriracha. 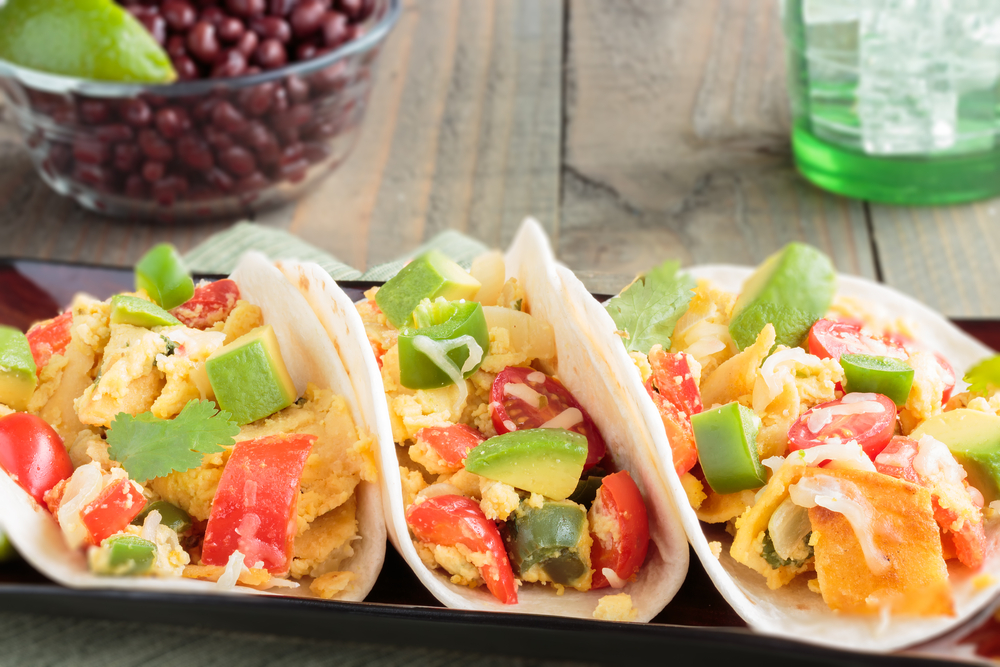 Make your mom proud and eat your vegetables. Well, in this case it will be eat your cactus. Tacos Guerrero makes a to-die-for fried nopales, beans, egg, and cheese taco for $2 that is too much food. There selection of salsas perfectly compliment both their flour and corn tortillas. 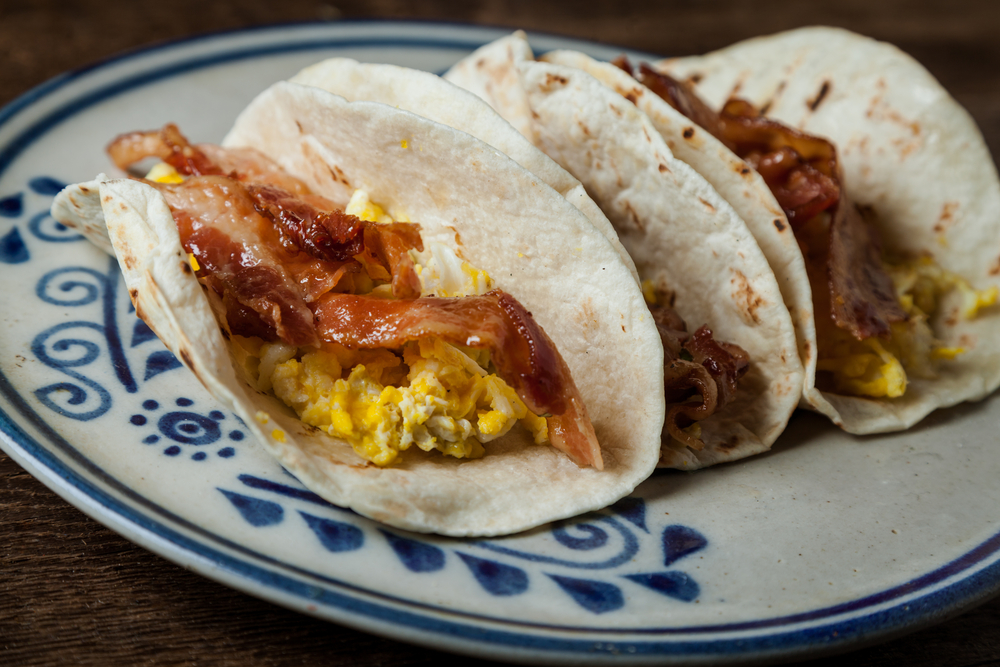 Marcelino hasn't quite been gentrified out of the neighborhood and he and his clientele would fight you to the end of time if you tried to get his building. This place is an institution. All the tacos are brilliant, but the papas rancheras, a taco guisado (taco filled with stew), is a fantastic mix of multiple chilies and potatoes with egg and cheese and revolutionary in it's rusticness. 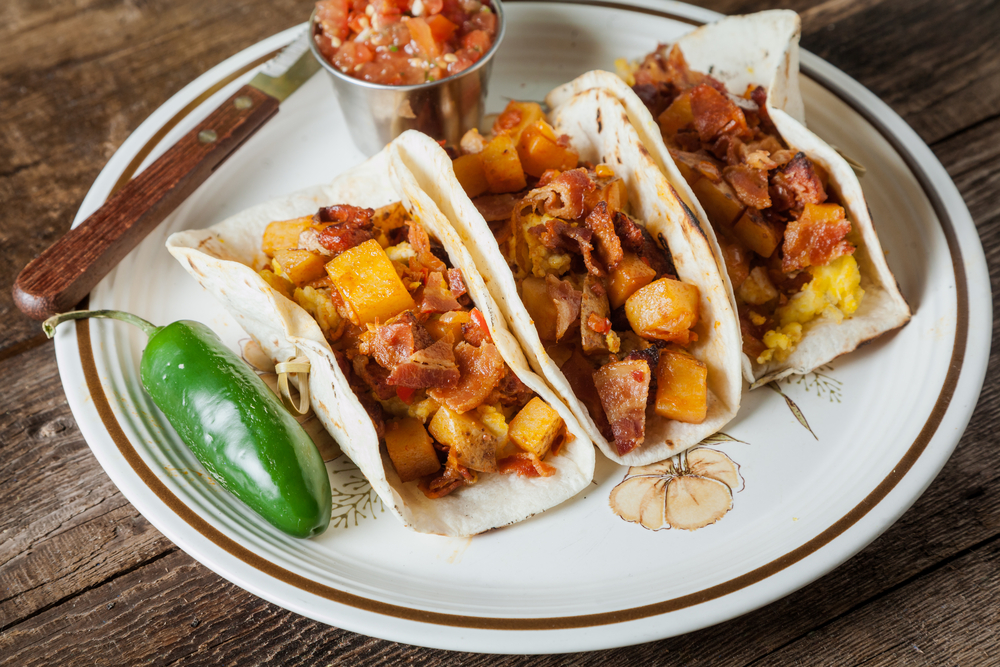 As much a social scene as a quick breakfast taco. Weekend mornings resemble a "taco brunch" crowd and the live music in the back usually starts up around noon. This is a typical Sunday beer/margaritas and taco location meets an opportunity to network or meet someone new. Their spinach, egg, cheese, with pico de gallo taco is brilliant in its simplicity. 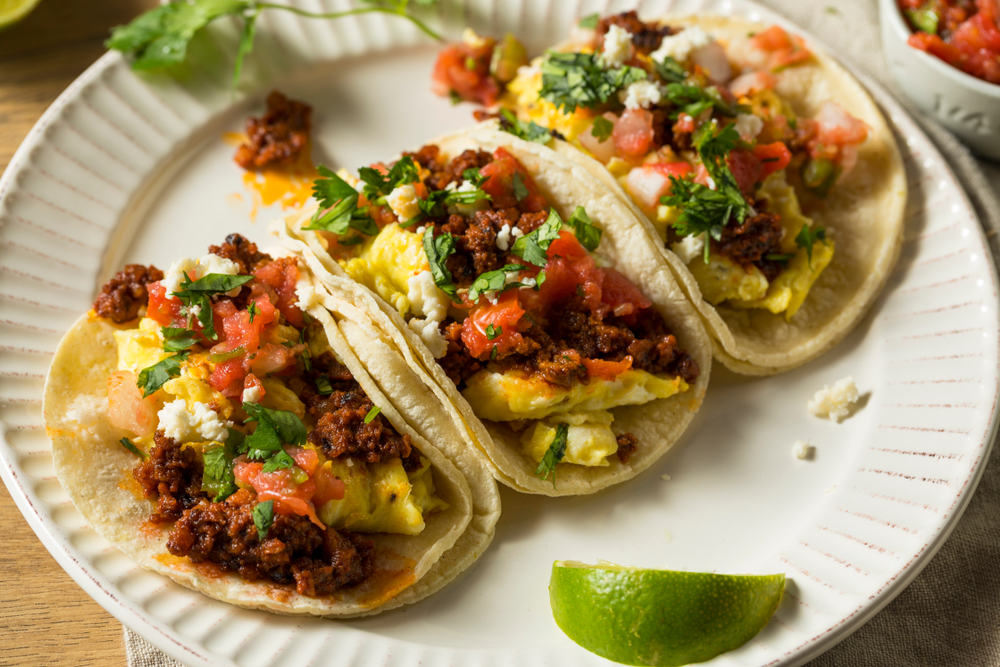 At a $1.59 a taco in one of their five locations you can't go wrong. Or can you? For $0.40 more you can get their famous machacado and egg. Machado is essentially beef jerky popular in the ranching communities of northern Mexico. It's salty, shredded, and expertly folded into scrambled eggs before getting the flour tortilla treatment with a touch of hot red salsa. 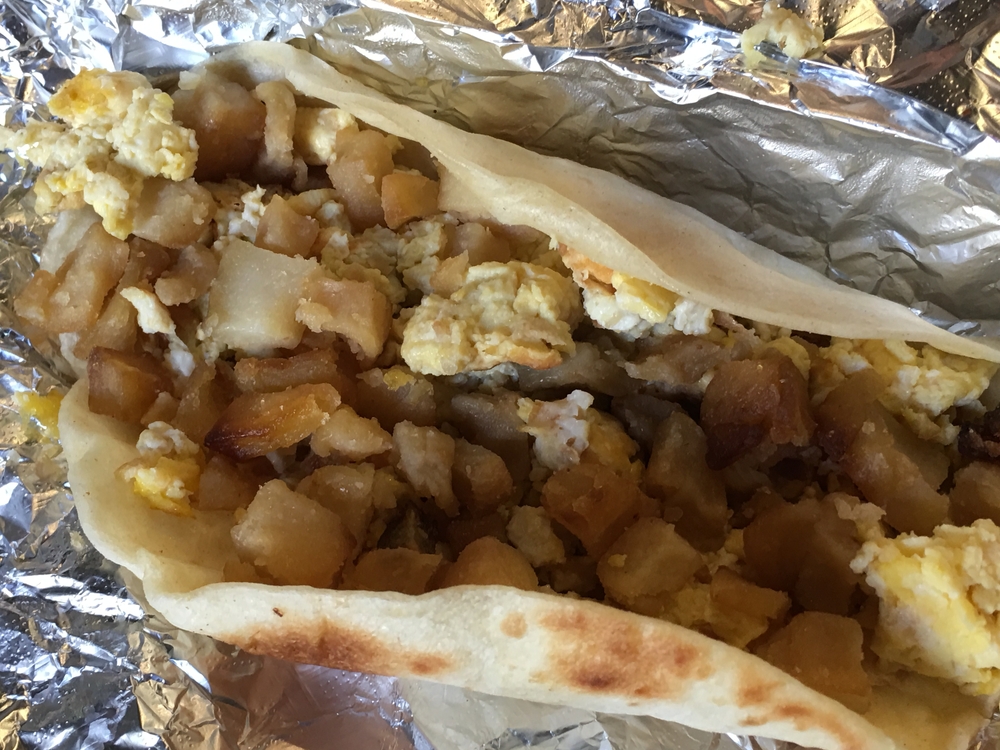