Awesome Things to Do in Michigan

Michigan is an awesome all-season vacation destination. This mitten-shaped state boasts over 11,000 inland lakes on the lower and upper peninsula. Michigan has bustling urban hubs in Detroit, Grand Rapids, and Lansing. The state also has a charming country appeal. Farms and orchards beckon visitors with the taste of fresh, seasonal food. In summer, the lake beaches entertain water sport enthusiasts. Winter brings the skiers and boarders to the slopes of Bittersweet Ski Resort and Mt. Brighton, 45 miles northwest of Detroit.

Kitch-iti-kipi means ‘big cold water’ and is often referred to only as ‘the big spring.’ One of the upper peninsula’s most popular attractions, this freshwater spring gushes 10,000 gallons of water per minute. Water enters through limestone fissures, but where the water comes from is still a mystery. The waters of this geological wonder are crystal clear. Lake trout are itching to give you a run for your money. Ancient trees are encrusted with minerals. Get to the best vantage points for photos on the floating observation raft. 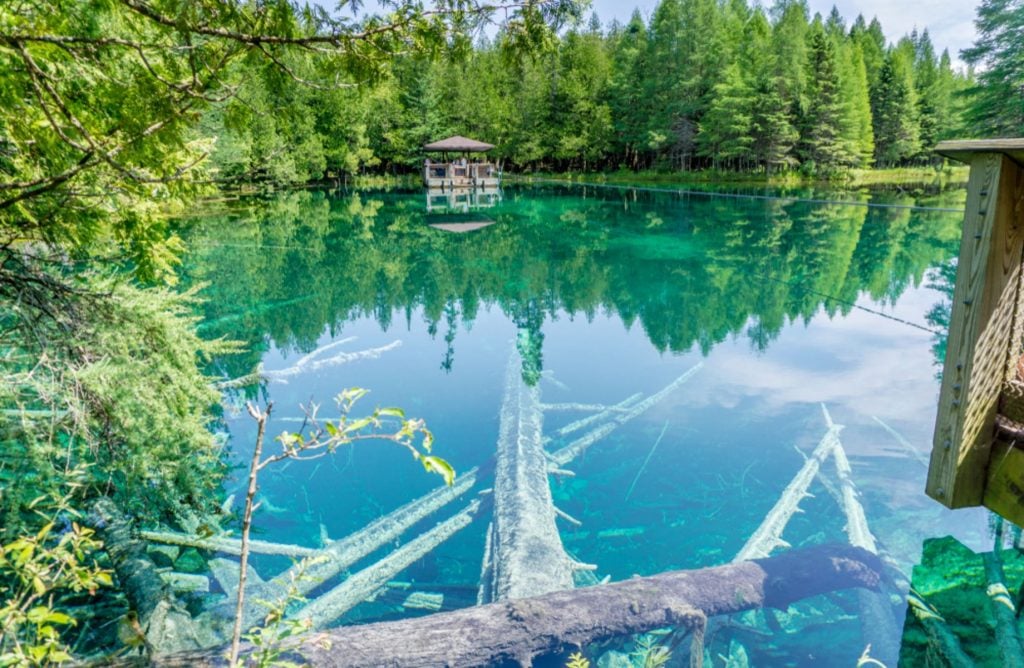 Built on an island in the Detroit River, this beautiful 1904 Beaux Arts style building is the oldest in the country. Forty-six tanks are home to exotic species from around the world. Electric eels, stingrays and coral reef fish dart here and there. A coveted exhibit is a Mbu pufferfish from the Congo River Basin. 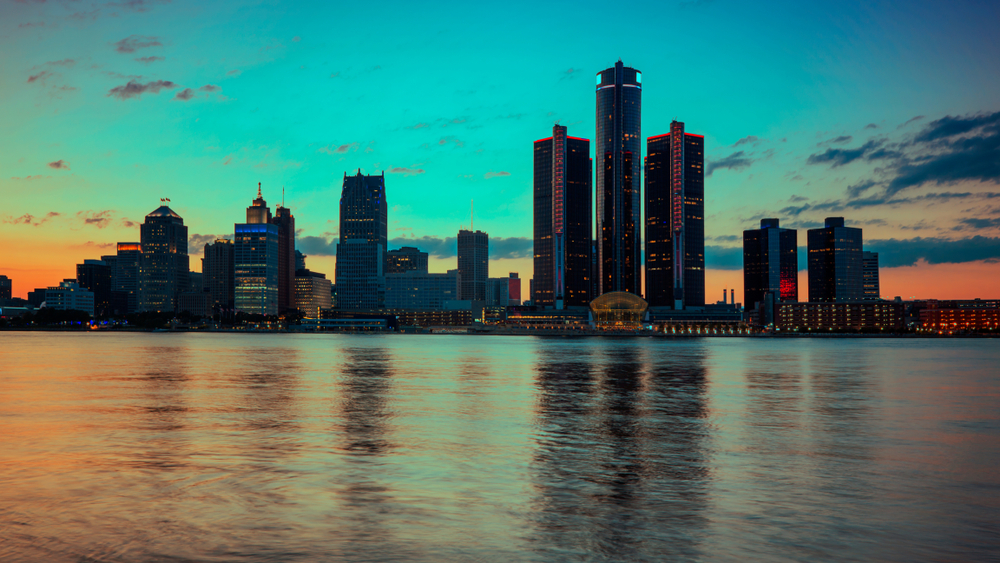 Housed in the former home of Barry Gordy, Jr., Hitsville U.S.A. was the first headquarters for Motown Records. Music, artwork, costumes, and photographs are among the memorabilia. Gordy’s apartment is restored to its 1959-60 appearance. Tour the original bedroom and living room furnished with the original sofa. The early days shipping department was the dining room table, still in evidence. View Studio A where recording artists such as the Jackson Five and Marvin Gaye recorded their music. 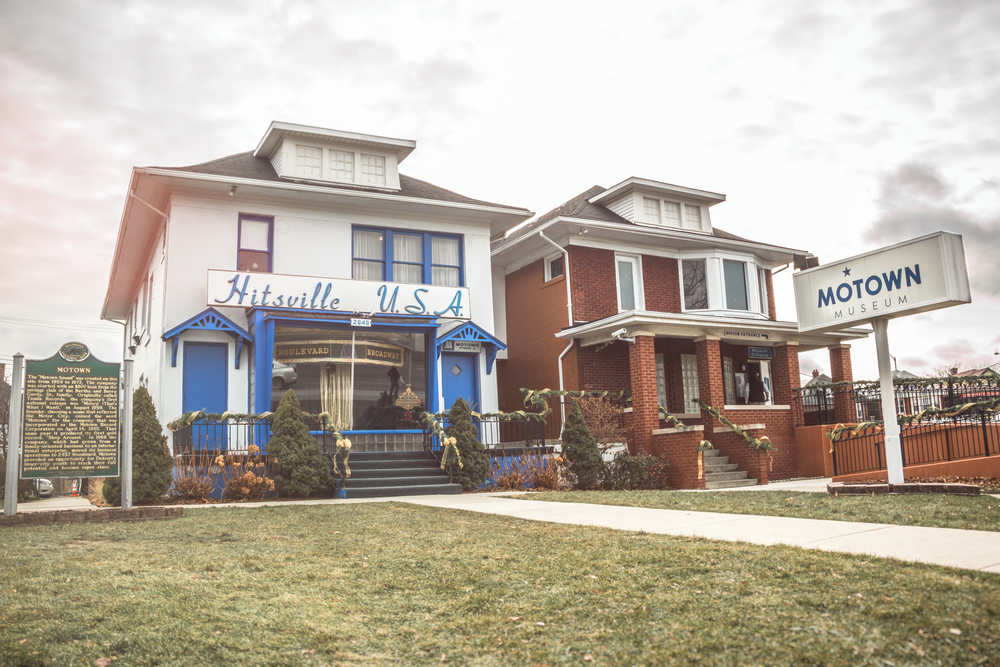 Despite being dubbed ‘sleeping bear,’ the black bears who call this lakeshore home are awake regularly. Be vigilant and give them space. This park was named “Most Beautiful Place in America” in 2011. Five miles of rolling dunes sit atop a plateau. These remarkable dunes on Lake Michigan run 35 miles along the Lower Peninsula and cover 50,000 acres. If you like a challenge, take the 3.5-mile Dune Climb. 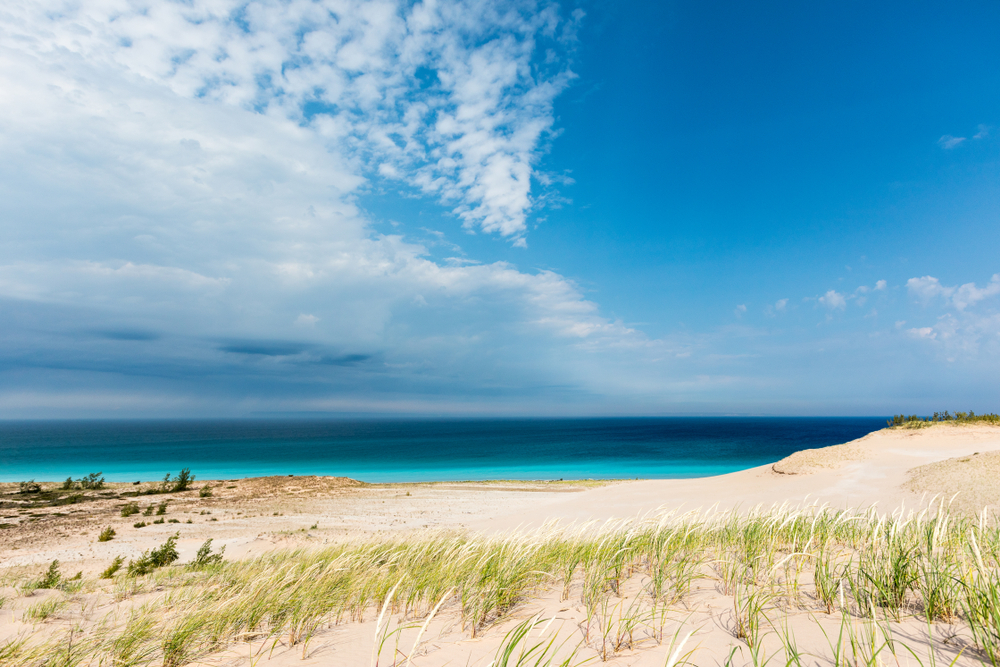 This expansive labyrinth is so large it’s viewable on Google Earth. One mile from Lake Michigan, the fragrant lavender is in bloom from mid-July through August. The labyrinth represents the months, weeks in a year and days of the week. There are 12 circles with 52 posts and seven cross pieces. Family owned for four generations; this sweet-smelling monument facilitates peace, meditation, and relaxation. Take a contemplative journey to the center where 30 meticulously manicured herb beds anchor the space. Stop at the farm’s market for pies, bread, and pastries made on site with homegrown produce. 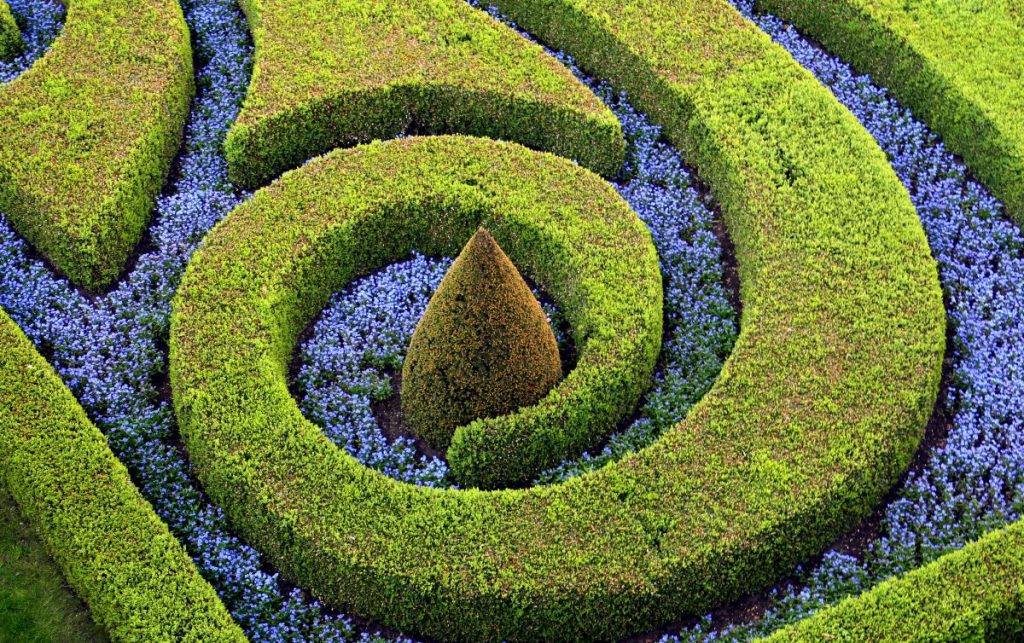 Thunder Bay is aptly named ‘Shipwreck Alley’ due to volatile weather and perilous shoals. Over 100 vessels have been recovered and identified, from wooden schooners to steel-hulled freighters. This protected area of Lake Huron is a heavily utilized shipping lane between upper and lower Great Lakes. The cold, fresh water keeps the watercraft and sailors’ personal effects well-preserved. You have unrestricted access to explore the shipwrecks. You can dive, snorkel, canoe or kayak to the partially submerged vessels. Glass-bottom boat tours are also offered for landlubbers. 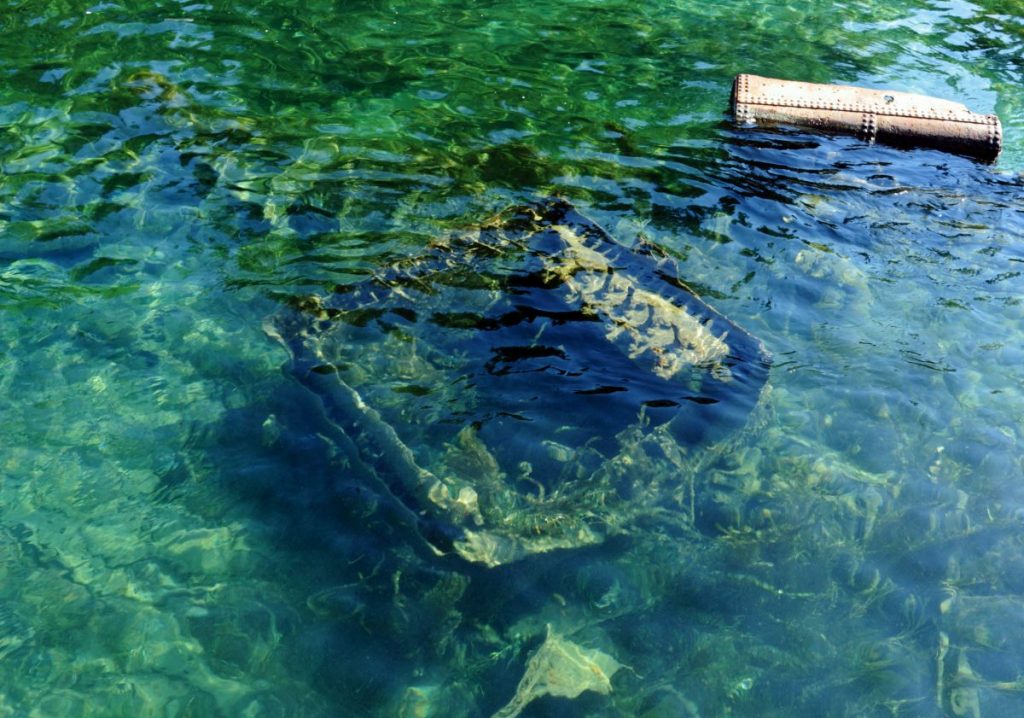 Ranked one of the most scenic drives in the nation, the Tunnel of Trees delivers exceptional beauty. Hardwoods and evergreens weave a cool canopy over motorists and bikers. The openings in the forests serve up unsuspected vistas of the lake or snow-cloaked dark-green hemlocks. The feel on this narrow two-lane byway is slow, curvy, flowing and familiar. In autumn, hardwoods flame in brilliant hues. In spring, carpets of trilliums border the road and carpet the forest floors. Along the road, pick up market-fresh produce, and stop for a tasting at a winery. 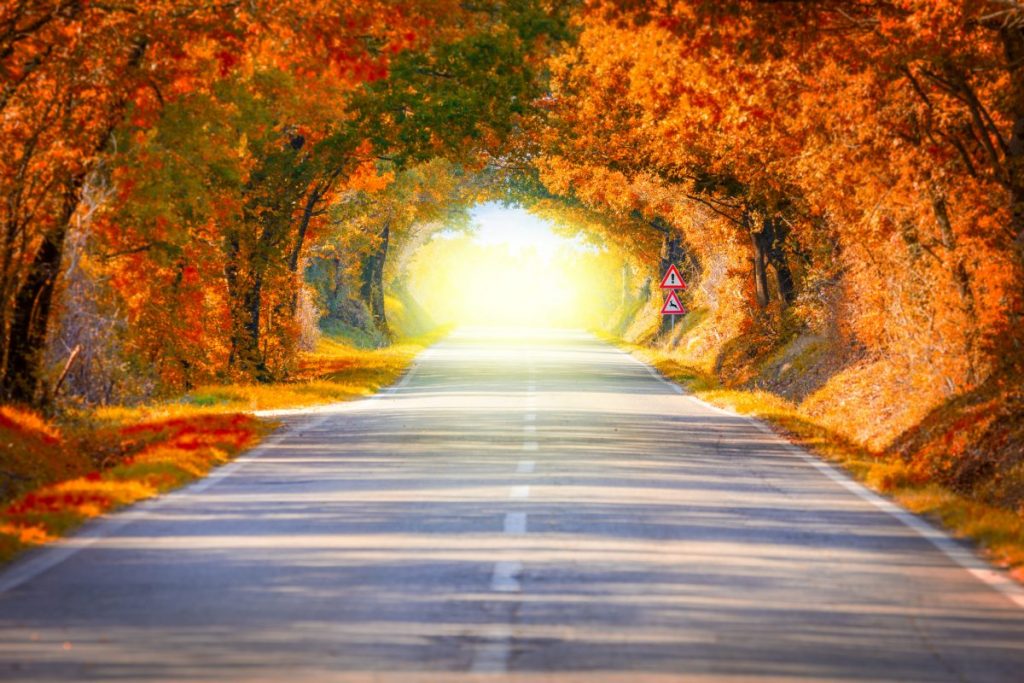 Nothing to Whine About in Traverse City

A game of golf followed by a grape adventure takes you for a Michigan walk on the wild side. There are numerous courses to try; one aptly named “The Bear,” most likely for obvious reasons recognized once played. The softer side of the city blooms with fragrant cherry blossoms in Spring. For a silent, meditative change of pace, sail on Grand Traverse Bay. Lean back, listen to the wind in the sails and gaze spot where majestic azure skies meet the verdant hills. For more relaxation, have a floating bed and breakfast aboard the 1800s coasting cargo ship, the tall ship Manitou. 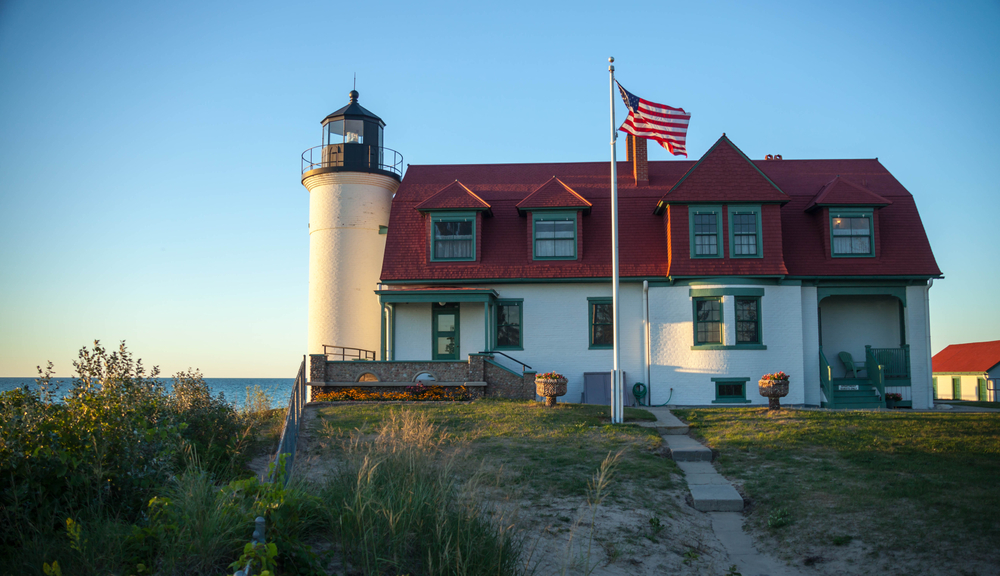 The Jewel of the Great Lakes, this secluded island is not accessible by car, a prohibition declared in 1898. The island is a mere 8.2 miles wide. You can walk, bike or take a romantic horse-drawn carriage everywhere on the island. Skip stones at the harbor’s edge or watch the boats sail by. Don’t miss sampling at least one of the 29 flavors of homemade fudge, a famous Island icon. Stroll among maritime artifacts at the museum. Attend a reenactment of soldiers drilling and canons booming at the Colonial-era Fort Mackinac. 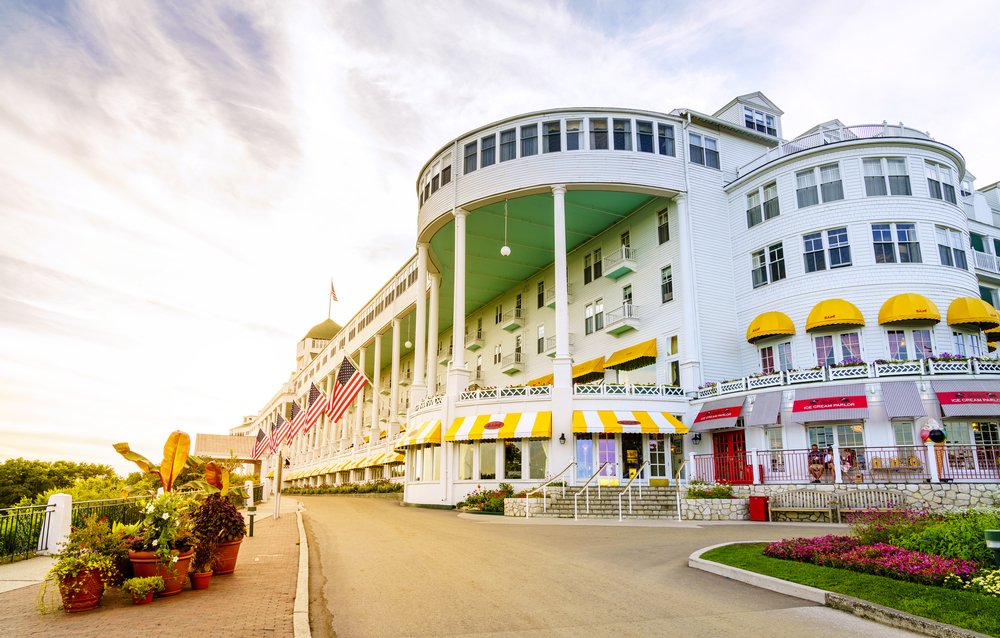 Immerse yourself in charming Dutch culture at this recreated village. The 36-acre seasonal park is pet-friendly and invites you to partake in guided costume tours. The village has the only authentic working Dutch windmill in the United States, a five-story DeZwann. Open from mid-April to mid-October; this lovely island has a hand-painted Dutch carousel. Kids love the garden and playground. For one week in May, the island is ablaze with tulips of all shapes and sizes. Parades, concerts, artisan marketplaces, and fireworks make this week an awesome time to be in Holland – Michigan, that is. 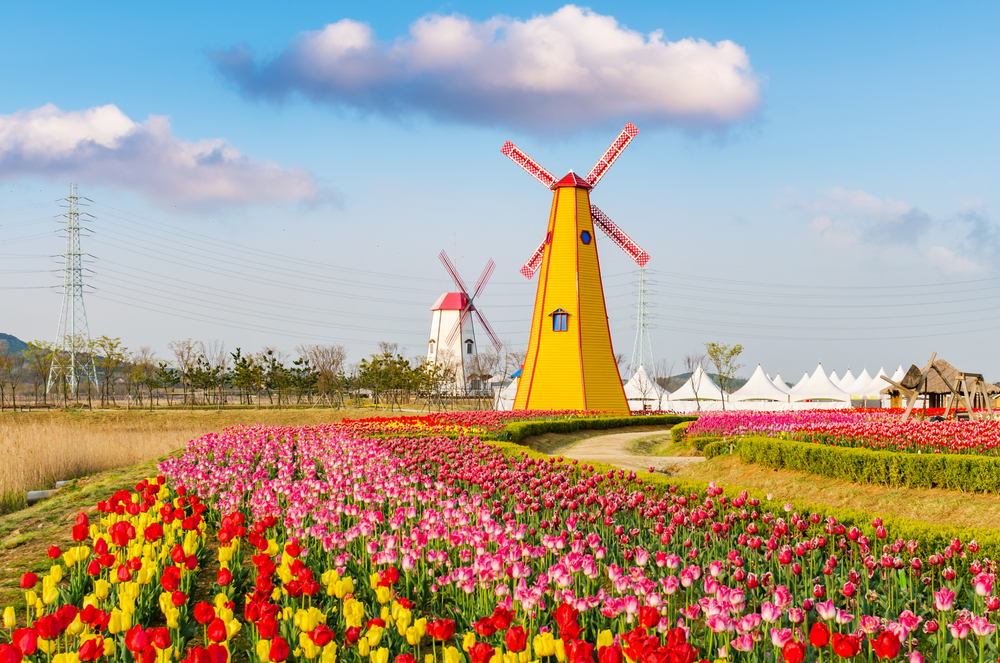