Awe-Inspiring Things to do in Virginia

Virginia mixes city and countryside better than almost any state in the country. This unusual blend makes it stand out from the neighboring North Carolina and Maryland, both of which seem to be either one or the other. Virginia is also a unique historical state with ties to former presidents, war heroes, and a stronger connection to its past than anywhere else. There are tons of things to do in Virginia; some to teach us and others to take our breath away.

Be Inspired By the Beauty of Lake Drummond

In the center of a marshy area called the Great Dismal Swamp is the crystal clear Lake Drummond. Virginia is home to just two natural lakes with Lake Drummond arguably being its pride and joy. Possibly the most interesting aspect of this strange, almost prehistoric land is that nobody actually knows how it was formed. There are plenty of theories surrounding it, from a meteor collision to the legendary Native American fire bird, but in ways, it's the mystery that adds to its allure. If you visit the lake, you can go boating, fishing, or canoeing. Or, if you want to stay on land, there are plenty of hiking trails surrounding the area. 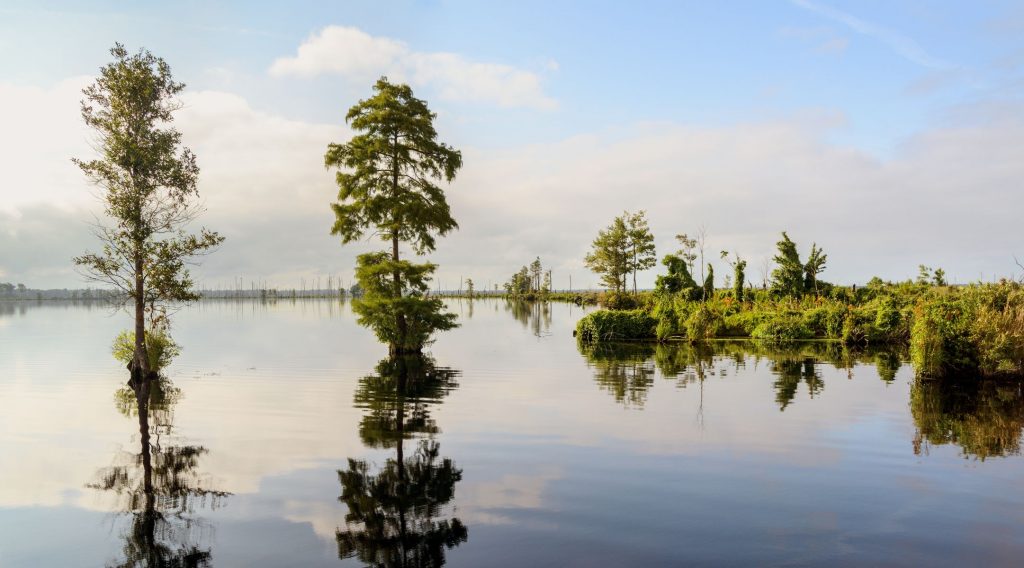 What is a modern day vacation without a trip to the local cemetery? Hollywood Cemetery is a sprawling metropolis of gothic architecture in Richmond. Situated in the Oregon Hill neighborhood, Hollywood Cemetery is a national treasure and an outdoor museum that spans hundreds of acres of land. As with the Pére Lachaise's and Hollywood Forever, there are also notable burials to be found there including two former presidents and many Civil War heroes. 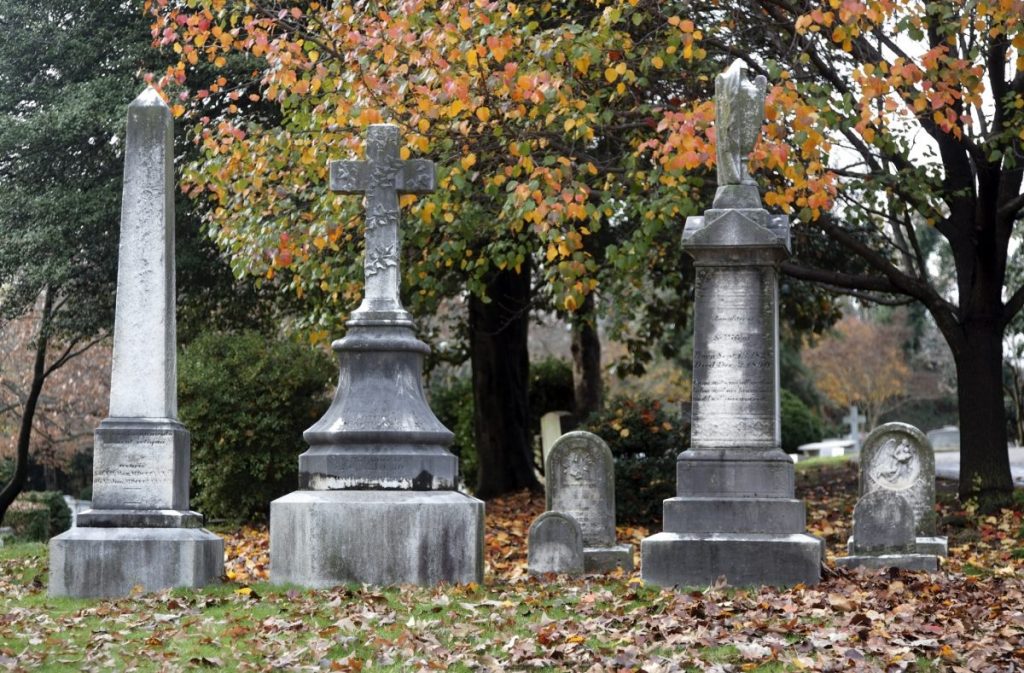 Off the shores of the Chesapeake Bay is a strange and unique place consisting of several little islands called Tangier. Its population is small and compact but was once quite a busy place. Perhaps its biggest draw is the fact that there are no cars here, only golf carts, bicycles, and your own two feet to get around. When was the last time you ever set foot in a place with no traffic? If you can't remember, maybe it's time you planned a relaxing trip to Tangier.

Escape in the Wildflower Meadows at Martha Jefferson Hospital

There's a scene in the Wizard of Oz, where Dorothy, the Scarecrow, Tin Man, Cowardly Lion, and Toto see the Emerald City. Between it and them is a vast meadow of wild poppies. The wildflower meadows outside of Martha Jefferson Hospital are like a real-life recreation of this iconic scene. This landscape was designed to encourage the healing of those in the hospital, but can also be enjoyed by anyone. Whether you want to lie in the flowers with your other half or wander to find the pond, this is a total Virginia must-see. 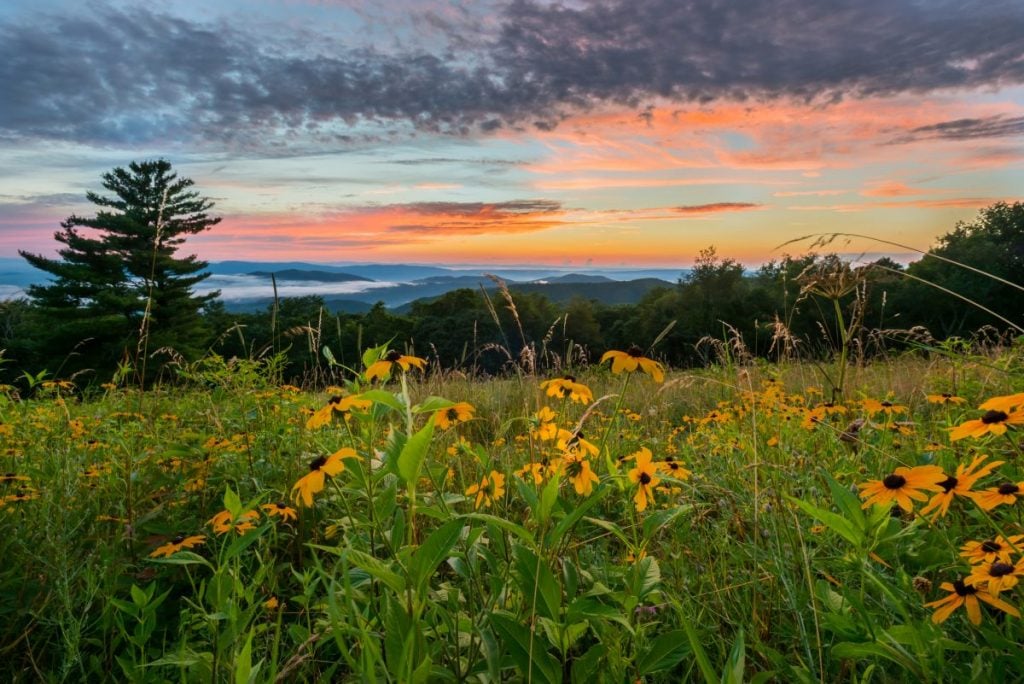 Bathe in the Healing Jefferson Pools

Those who are craving relaxation should spend a day or two at the Omni Homestead, particularly Jefferson Pools in Warm Springs. Here, two springs flow into the bathhouse from the Allegheny Mountains, already naturally heated. Never does the temperature of the water sink below body temperature and they're both crystal clear and full of magnesium; an element said to have rejuvenating qualities. If you're wondering about its name, in 1818, Thomas Jefferson ventured here for a few weeks for the same reasons. 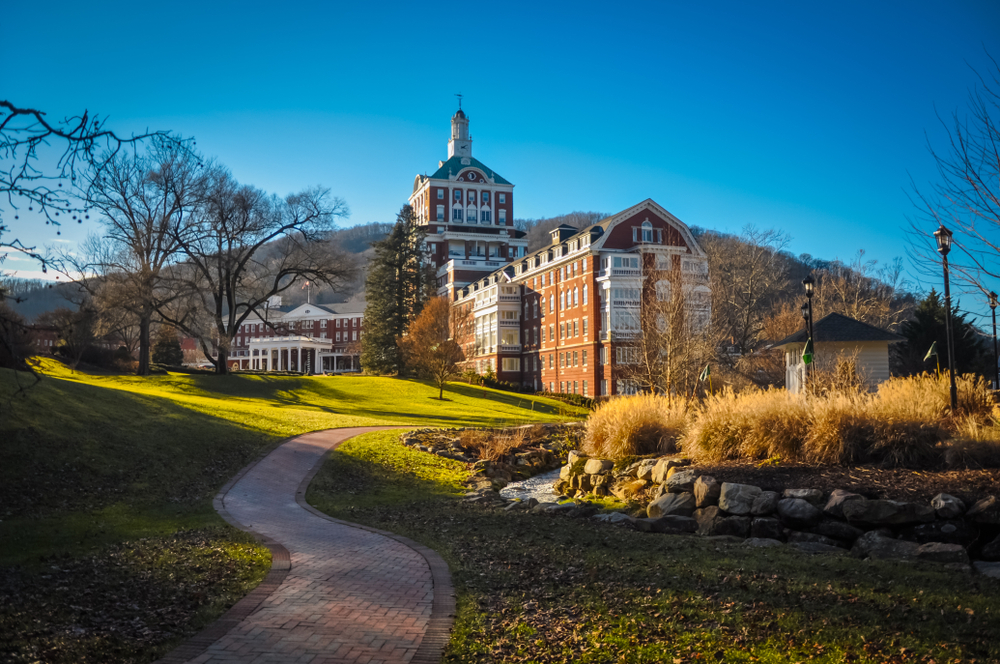 Marvel at the LOTUS Temple

You don't have to subscribe to a particular faith to visit the LOTUS temple. LOTUS stands for Light Of Truth Universal Shrine, and it exists for people of all-or-no faiths to come together as one. The temple exists to raise understanding across all faiths, with altars around the building that honors each and every one. Even if you'd prefer not to visit the strange, floral temple in the aptly-named Yogaville, even seeing it from a distance behind blossom trees in full bloom can be a wonderful experience. 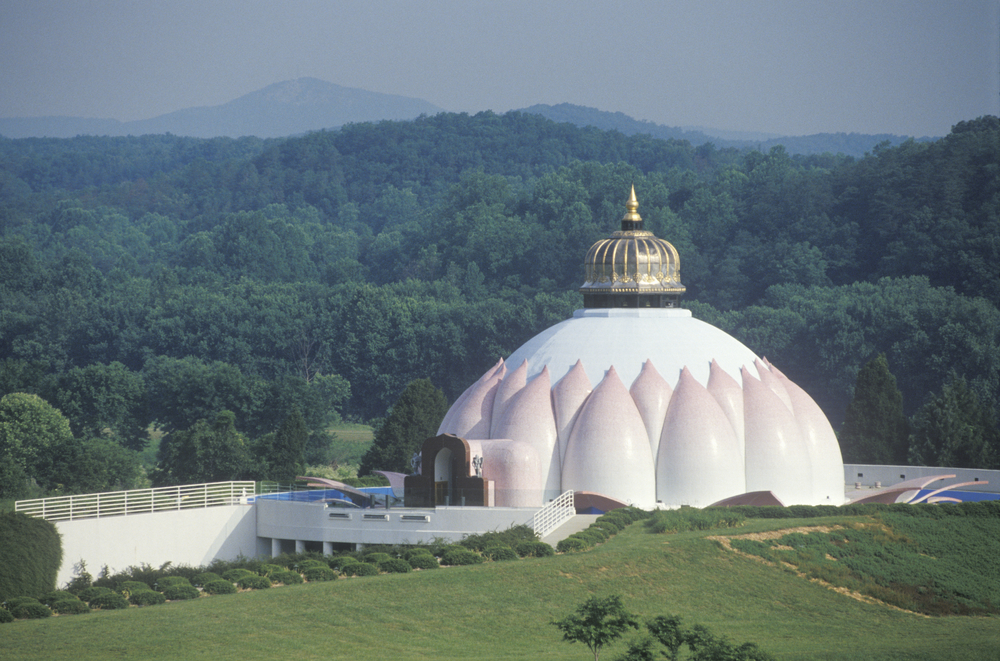 Take the Kids to the Roarsome Dinosaur Land

What do all kids like at some point during their childhoods? Dinosaurs, of course. Alongside that fact, loving dinosaurs is also something many adults also don't stray from doing themselves. Dinosaurs are intriguing and interesting; there are also some to see just off of the Stonewall Jackson Highway. Dinosaur Land is home to over 50 different dinosaur models. It's cost-effective, easy to get to, and nowhere else in Virginia will you be able to pose beside a giant octopus. 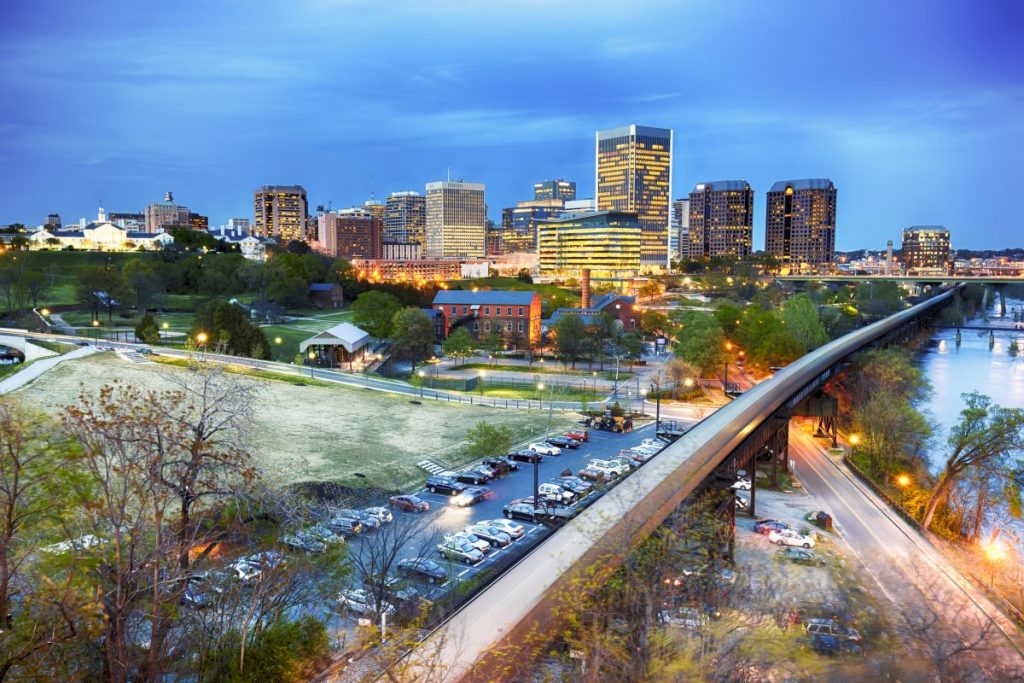 Travel Back in Time to Colonial Williamsburg 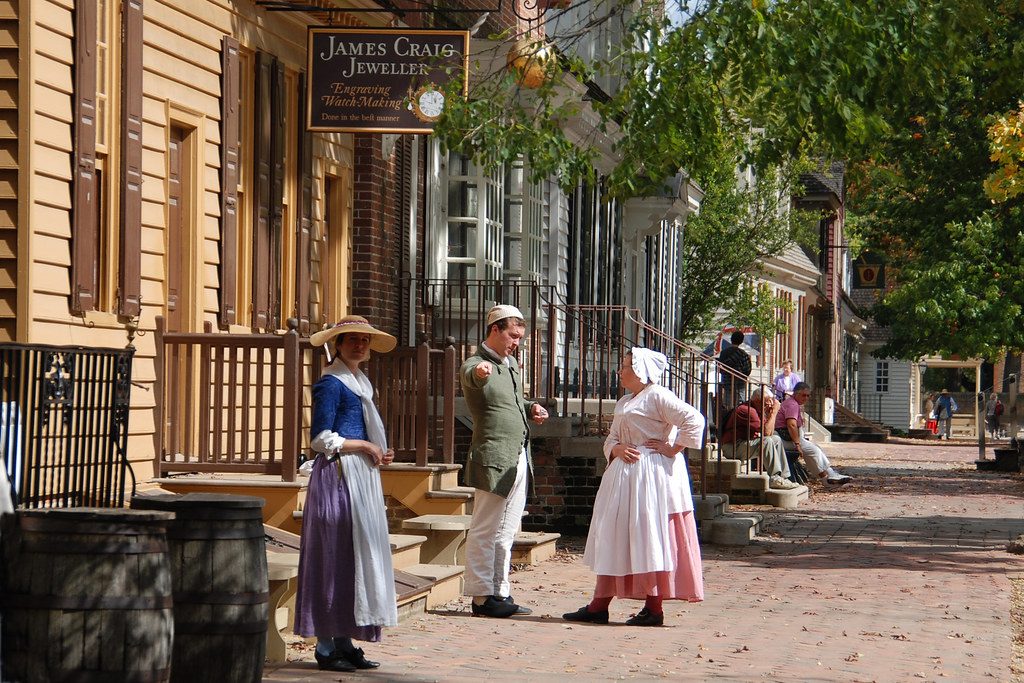 Nowhere in Virginia is the vast countryside displayed more favorably than in Shenandoah National Park. Extending along the Blue Ridge Mountains, there's no limit to the activities you can do here. You can hike, you can camp, you can visit for the day with a great big picnic, lodge in the cabins, or pop into one of its three visitor centers to learn more. In addition to all of this natural wonder, there are hundreds of parkwide exhibits and plenty of options to photograph the park's wildlife. 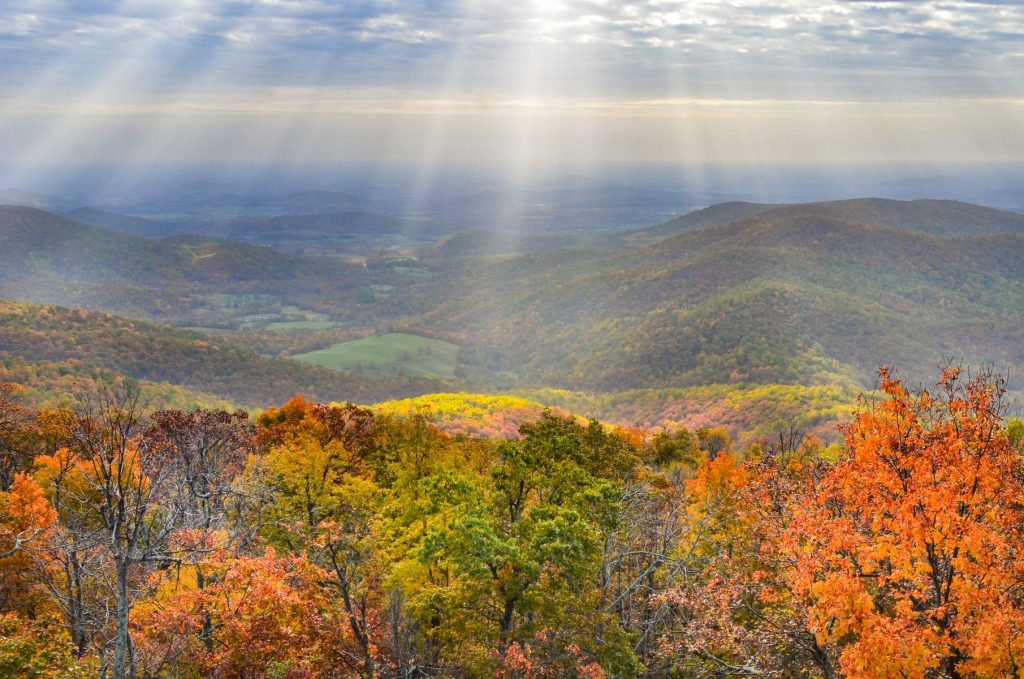 Where Tangier is famed for its lack of cars and original accent, there's another island off the coast of Delaware that has its own driving point. Assateague Island is the home to thousands of wild horses and ponies. Two-thirds of Assateague is in Maryland, but its bottom section all belongs to Virginia. If you're a keen camper, you'll definitely enjoy the experience of wild ponies running through your camp at all times of the day. Then, you can head to the nearby Chincoteague Island for some world-famous oysters. 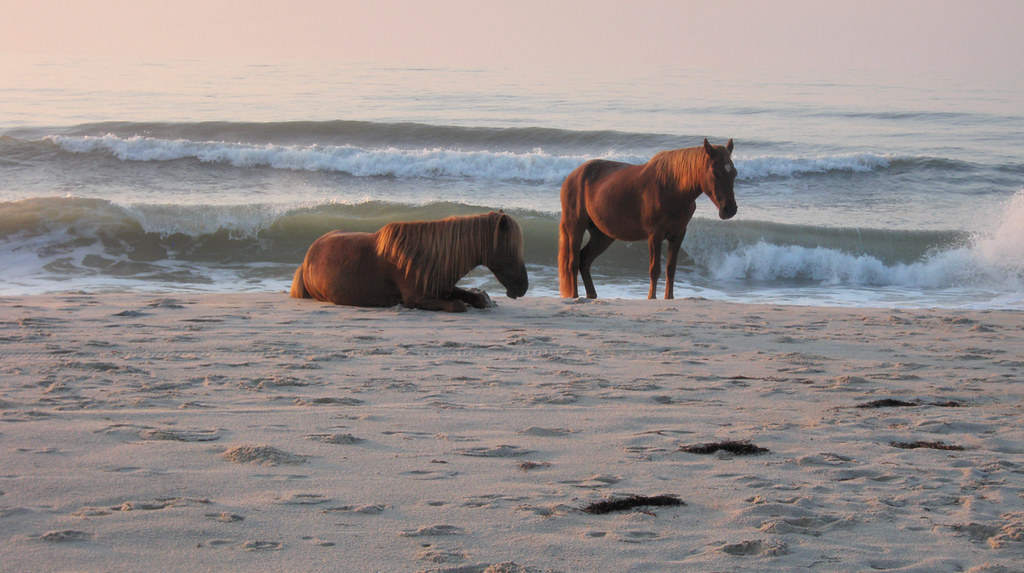