A Trip to One of the Least Visited National Parks: The Dry Tortugas

Dry Tortugas National Park is a cluster of seven islands in the Gulf of Mexico, about 70 miles west of Key West. It is so isolated; you need a seaplane, ferry, or boat to get there. No wonder it is one of the least visited National Parks in the country. This unique and breathtaking location is the perfect place to experience American history. There's tons to explore - from shipwrecks, and sandy beaches, to the third-largest coral reef in the world. Rising sea levels are changing the topography of the islands - parts have already vanished, so experience the Dry Tortugas while you can.

They used 16 million bricks to build Fort Jefferson back in the mid-1800s, but it was never completed or armed. The fort's original purpose was to protect vital shipping lanes in the Gulf of Mexico. Later, it became a military prison during the Civil War and primarily held captured deserters. Over time, new weaponry developed capable of penetrating the fort's walls making Fort Jefferson obsolete. The Army abandoned it in 1874. 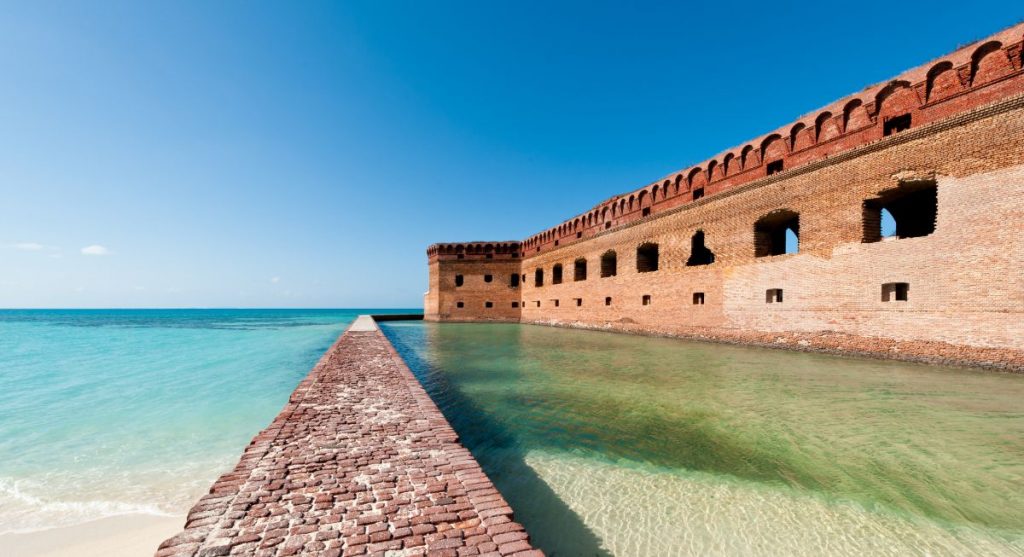 Fort Jefferson is in a part of the park called Garden Key. At about 14 acres, Garden Key is the second-largest island in Dry Tortugas National Park and home to the park headquarters, visitor's center, and campground. All ferries and seaplanes traveling to the park from Key West arrive at Garden Key. Visitors using private boats to travel to the island check-in at the visitor's center to gain admission to the park. 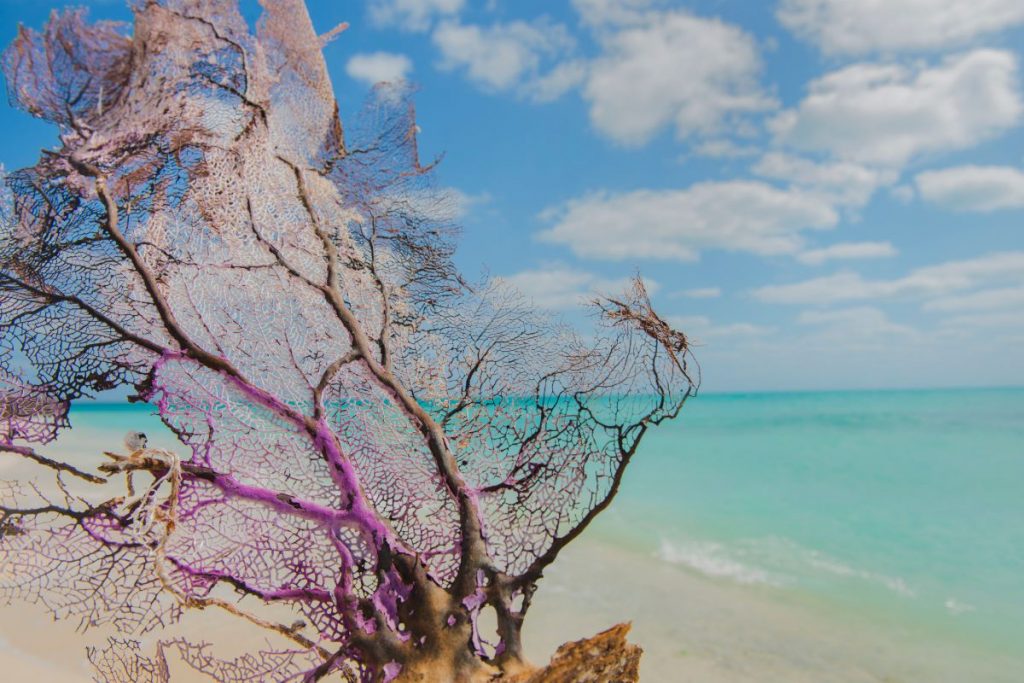 Loggerhead Key is the largest island in Dry Tortuga National Park and gets its name for the large population of loggerhead sea turtles that call it home. This island boasts a range of wildlife, Dry Tortugas Light lighthouse, and the remains of the Windjammer shipwreck which sank in 1907. Loggerhead Key is open to the public during the day, but there is no public transportation to the island. Access is only available using privately owned boats, kayaks, or canoes. 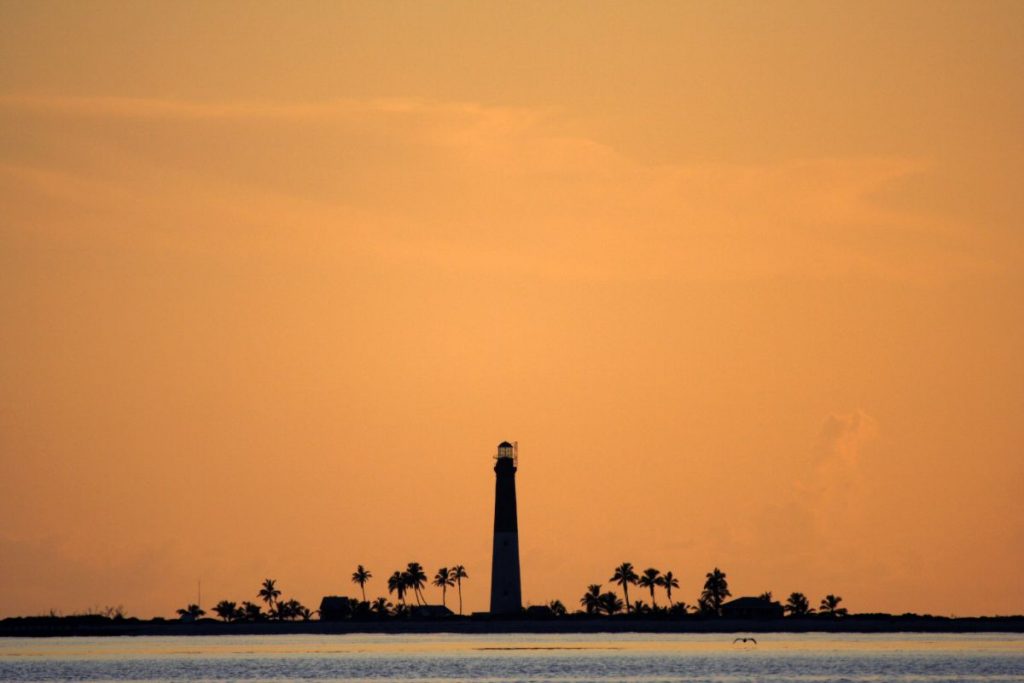 In the late fall and early winter, it is possible to visit Bush Key, an undeveloped island that acts as a breeding ground for birds not found anywhere else in the United States. Once nesting season is over, visitors are free to visit the island and take a walk along the trail. Because the landscape changes constantly, Bush Key is sometimes accessible by a land bridge. At other times, the land bridge is eaten by the tides, and you need a kayak or canoe. 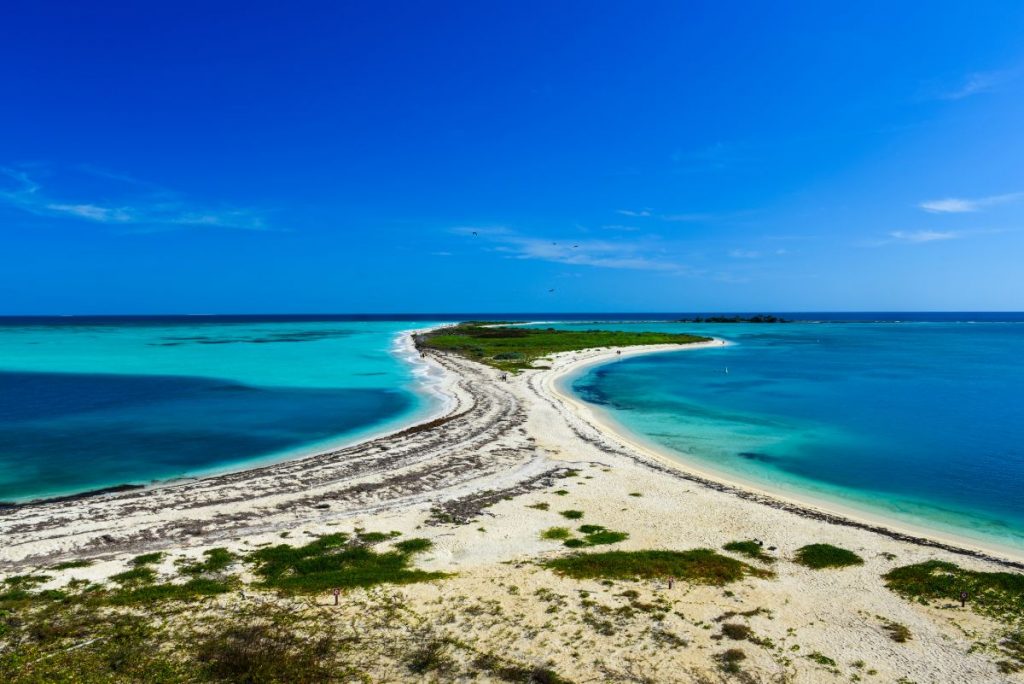 Garden Key acts as a sort of home base for visitors to the park and is also the most popular island for snorkeling. Some of the larger animals in the park, including barracudas, groupers, and, occasionally, sharks, live in the waters surrounding Garden Key, calling the remains of former Navy warehouses and piers home. Smaller, colorful marine life like damselfish, angelfish, and parrotfish prefer to swim around the massive coral heads growing at the edge of the swimming area. 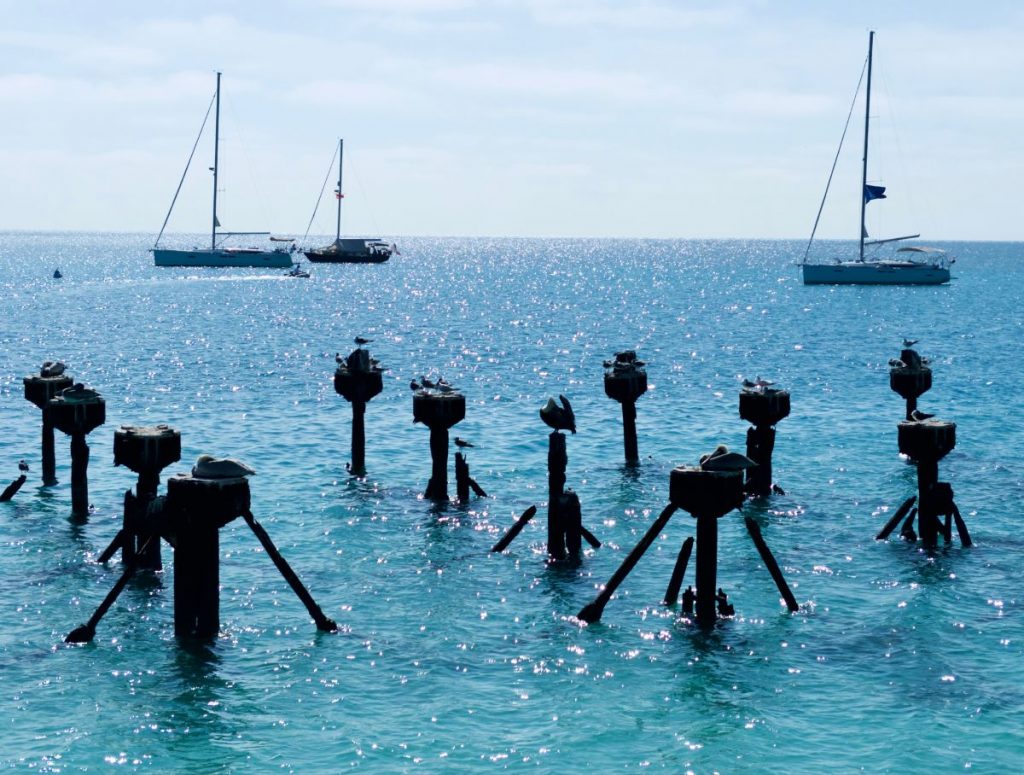 Reef dives are available around the islands, but the most popular and interesting place to scuba dive at Dry Tortugas is the Windjammer shipwreck, off the coast of Loggerhead Key. The wreckage of the Avanti, a steel-hulled ship that sank in 1907, sits in about 20 feet of water. In the more than 100 years it's been underwater, coral, reef fish, and large grouper have taken over the Avanti. It's a great place to snorkel and an even better place for scuba diving. 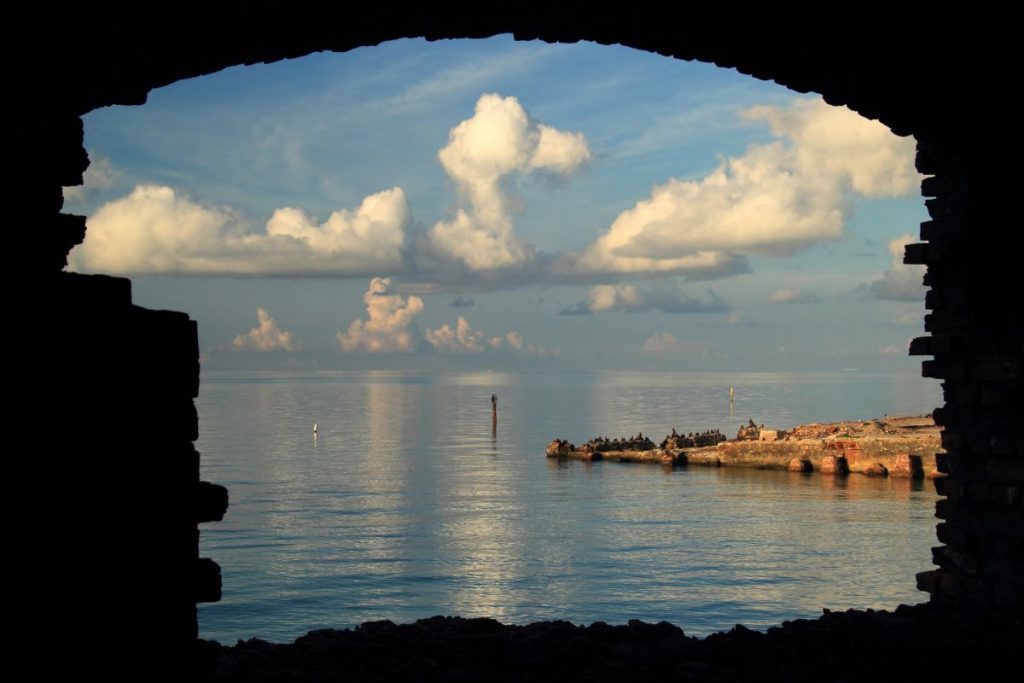 Dry Tortugas National Park is also home to four different swimming beaches: South Swim Beach, Seaplane Beach, Dinghy Beach, and North Swim Beach. The beaches surround the visitor's center on Garden Key and provide the perfect place for swimming, strolling along the shores, or basking in the sun. The soft sand, palm trees, and crystal blue waters are some of the most isolated in the county, so be sure to bring your camera. 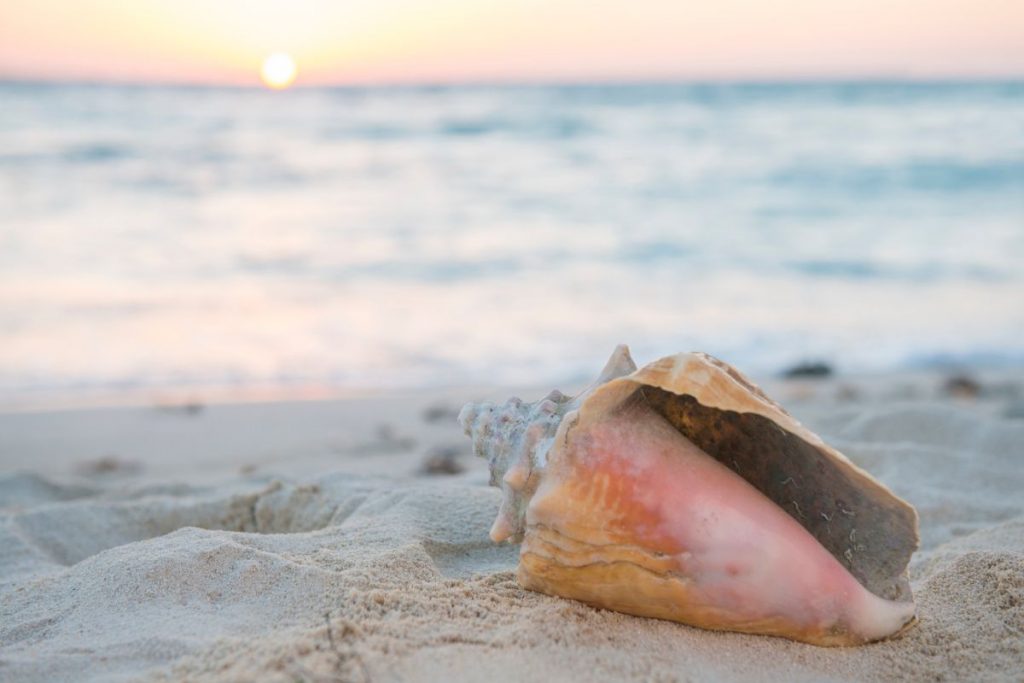 Dry Tortugas is an excellent place for recreational fishing, specifically for grouper, snapper, kingfish, and tuna. If you're going to try your hand at saltwater fishing, a Florida license is mandatory. There are several areas around Garden Key where fishing is permitted by private boat with a permit, including the seaplane beach, main dock, and western finger piers when unoccupied as well as the dinghy beaches when done at a distance of 50 feet from the historic docks and concrete wall. Fishing charters are also available from Key West if you want to make a day of it. 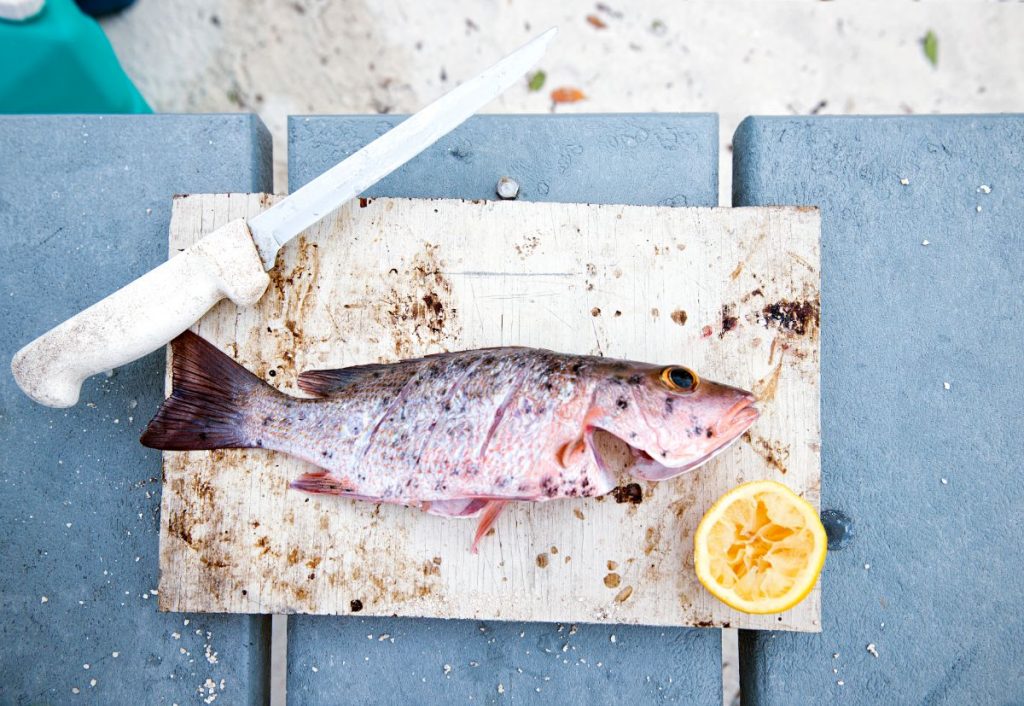 Camping is the only way to stay overnight at Dry Tortugas National Park and a once-in-a-lifetime chance to experience gorgeous sunsets and incredible star-gazing on a pretty isolated beach. There are ten first-come, first-served camping sites available at Garden Key and each accommodates three 2-person tents. An overflow area and group site are available, too. Keep in mind that this is a primitive camping experience -- campers must bring all supplies, including food and water, so come prepared for roughing it. 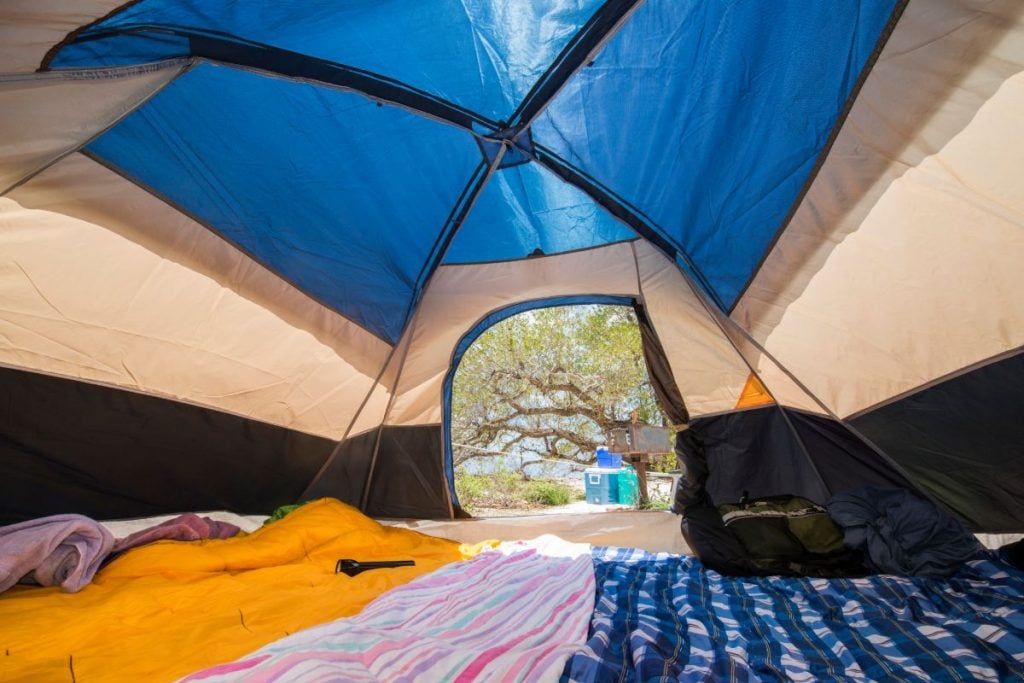 Because Dry Tortuga is so isolated, it is an amazing place to observe wildlife. Sea turtles found nesting on the beaches and swimming around the shores gave the islands got their name. Coral reefs and colorful tropical fish are plentiful as are lobsters, octopus, sharks, and squid. This park is also considered a world-class birding spot and is the only nesting area in the continental US for sooty terns and frigate birds. 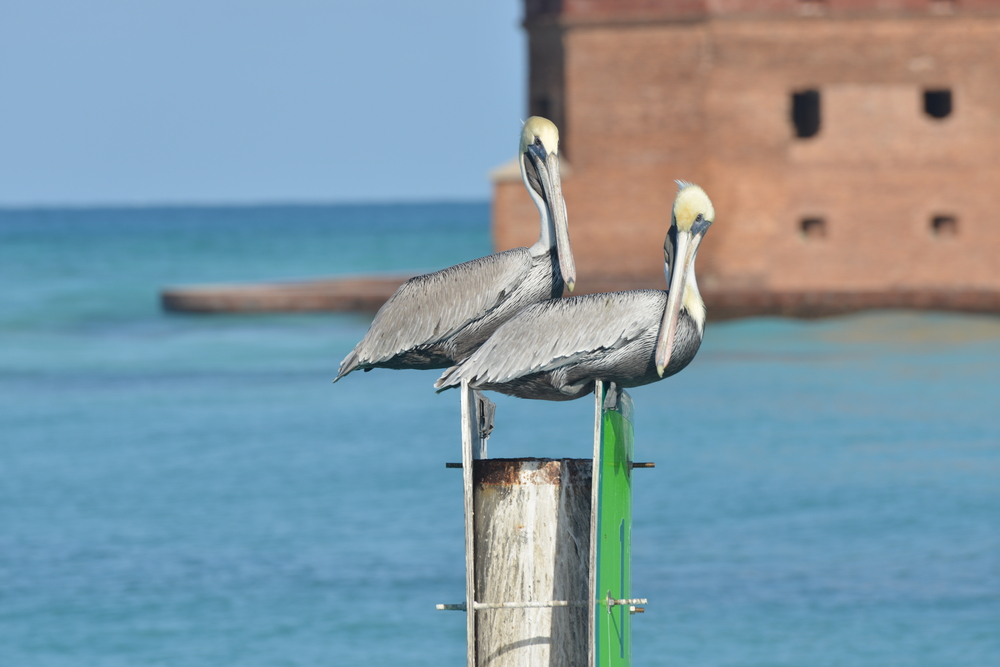 How to Get There

Dry Tortugas National Park is only accessible by boat or plane. Private boats are welcome, but guests must stop at the visitor's center on Garden Key upon arrival to check-in and gain access to the park. The Yankee Freedom III ferry takes daily round trips from Key West, departing around 8 am and returning around 5:15 pm. Seaplane tours to the island are also available for morning, afternoon, or full-day trips. 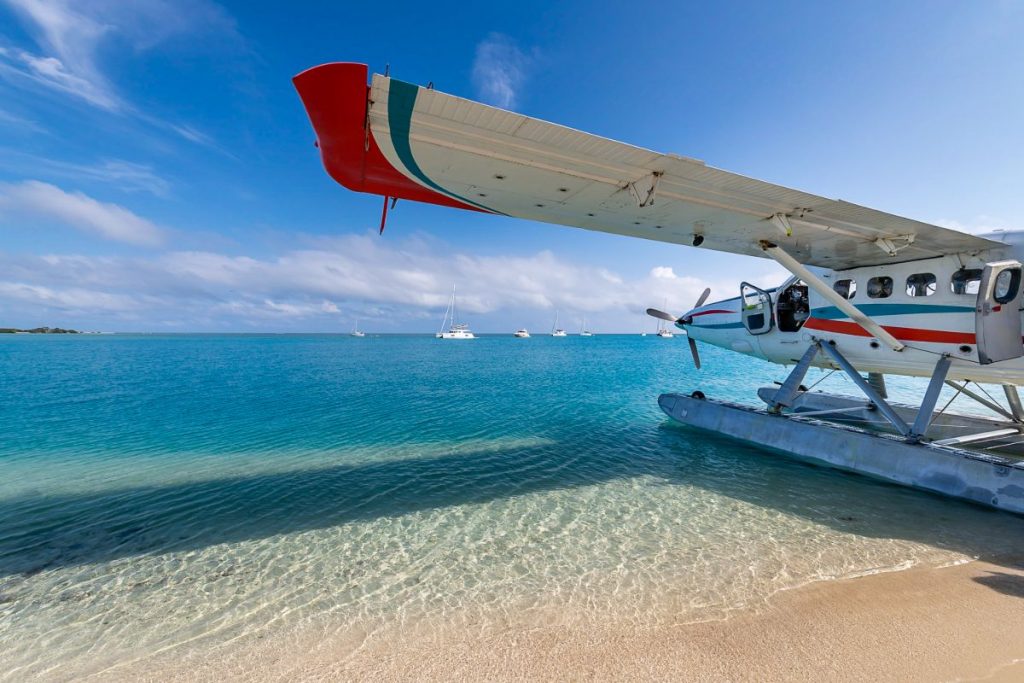 It is important to consider the weather when visiting, particularly if you are traveling to the park using your `own vessel. The winter season runs from November to April and is characterized by wind and large swells; water is rough, and visibility is poor. Summer goes from May to October and overlaps with hurricane season. Weather conditions are ideal in the summer with good visibility and calm winds, though visitors must keep informed about the possibility of a hurricane or tropical story before planning a trip. 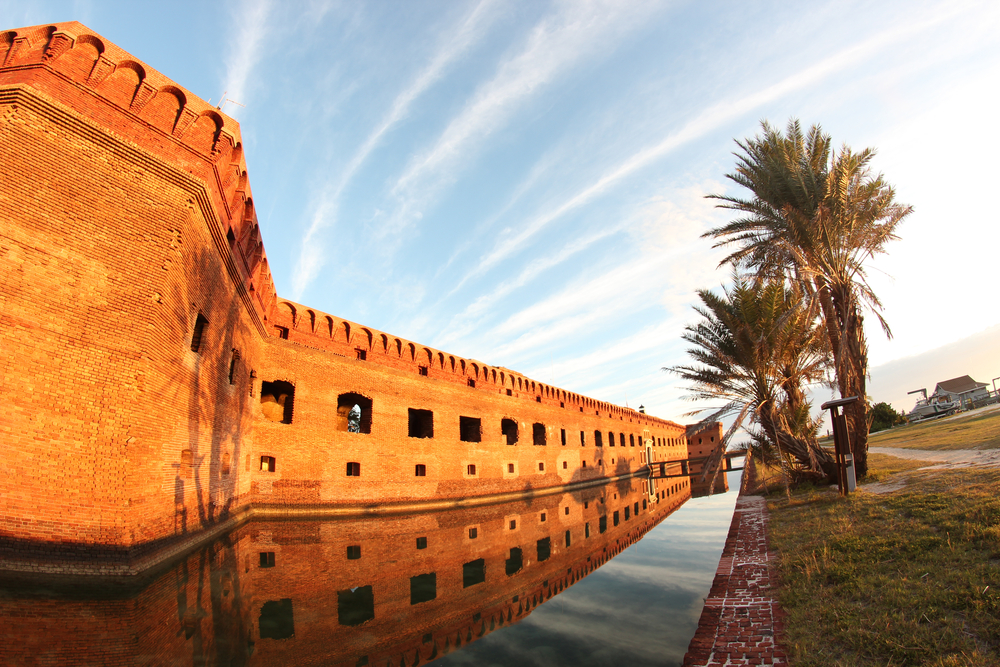