10 Exciting Things to Do in New York City

The Big Apple is easily one of the world’s most famous cities among tourists from elsewhere in the U.S. and abroad. Celebrated for its diverse range of people, food, and attractions, New York City has no shortage of exciting things to see and do. Of course, this city is huge—so how do you decide what sites to visit? That’s easy! Let us help.

The Metropolitan Museum of Art dates back to 1870 and is the largest museum in the United States. The Met, as it’s often dubbed, is the third-most visited museum on the planet. The museum’s permanent collections include as many as two-million pieces of art. The museum organizes its holdings in numerous collections that include the American Wing, Egyptian Art, Greek and Roman Art, Ancient Near Eastern Art, and more. Whether you’re interested in fashion history or pottery from pre-Columbian Central America, you’ll find a plethora of objects to satisfy your artistic or historic interests. 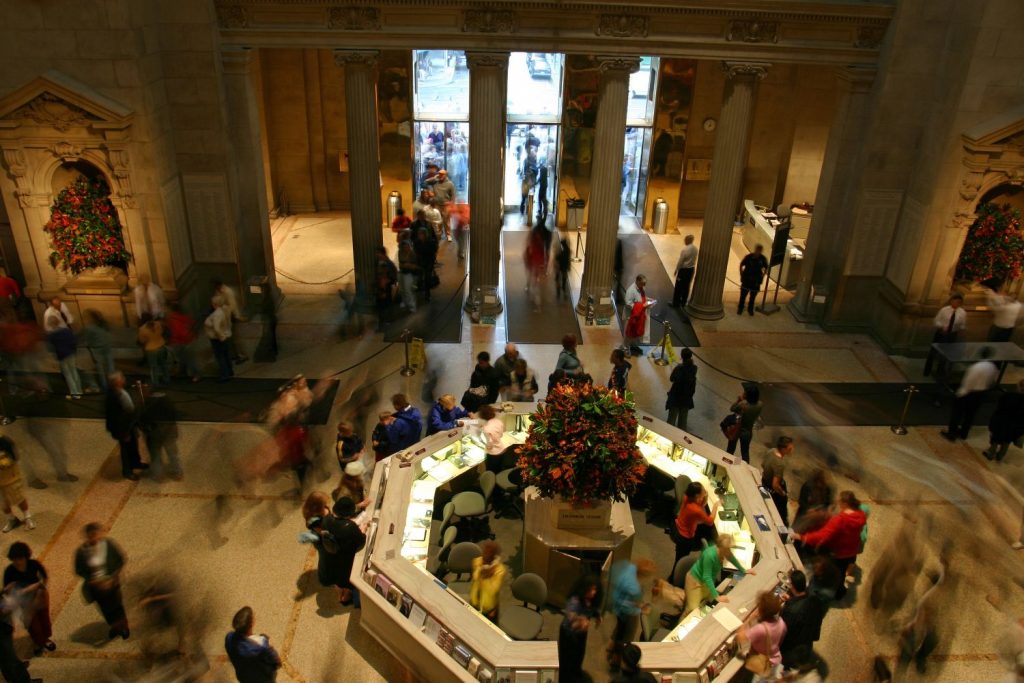 The green heart of New York City is undoubtedly Central Park, perhaps the most popular urban park in the country. Central Park features many attractions throughout its grounds including its lake, Central Park Zoo, Strawberry Fields, and Belvedere Castle. Located in Manhattan, the park is a great place for lunch; people watch, rollerblade, walk, or just relax during your visit to the city. More than 40 million people visit the park annually. As a major city attraction, be sure to add it to your travel itinerary. 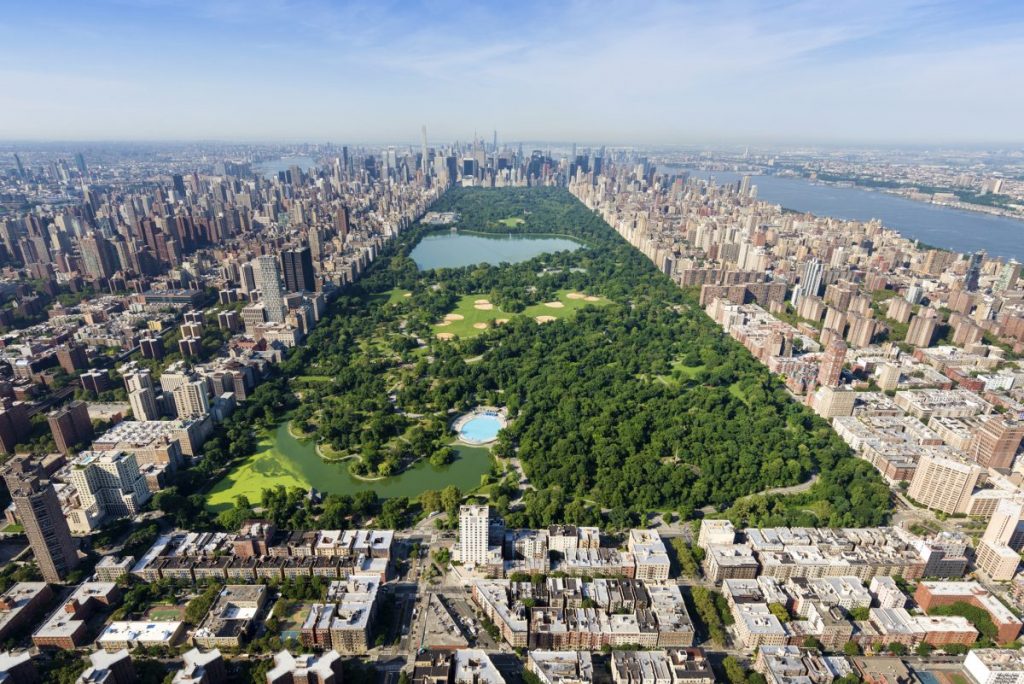 The Statue of Liberty, a gift from France, was constructed in 1866. Lady Liberty is among the world’s tallest statues and stands 152 ft. from its base to its torch top. A national symbol of liberty, the icon statue beckons immigrants from around the world. Once upon a time, Lady Liberty welcomed immigrants passing through Ellis Island, each hoping to carve out their version of the American Dream. If you have the opportunity, be sure to set aside time to visit this celebrated U.S. attraction. 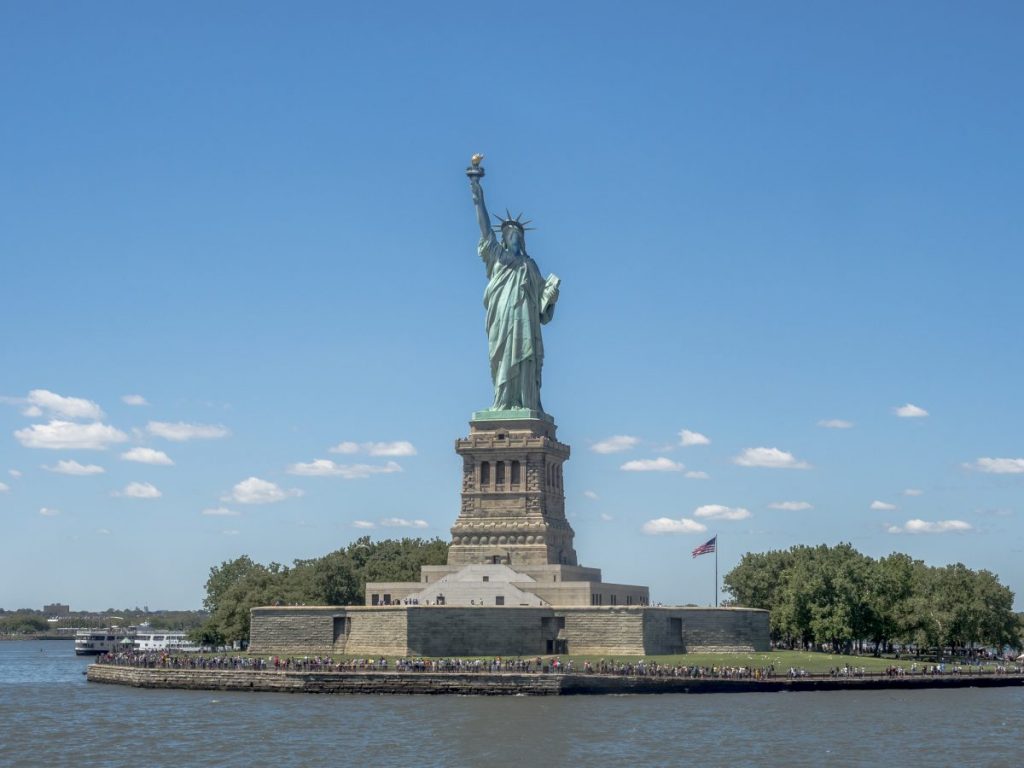 Located in Midtown Manhattan, Times Square is a bustling cornerstone of NYC. This commercial intersection is famously filled with billboards, electric signage, and crowds of people. More than 50 million people visit this intersection every year. Stretching from West 42nd to West 47th Streets, Times Square is an exciting place to spend part of any day. You’ll find a myriad of stores, shops, restaurants, and more on and near Times Square. 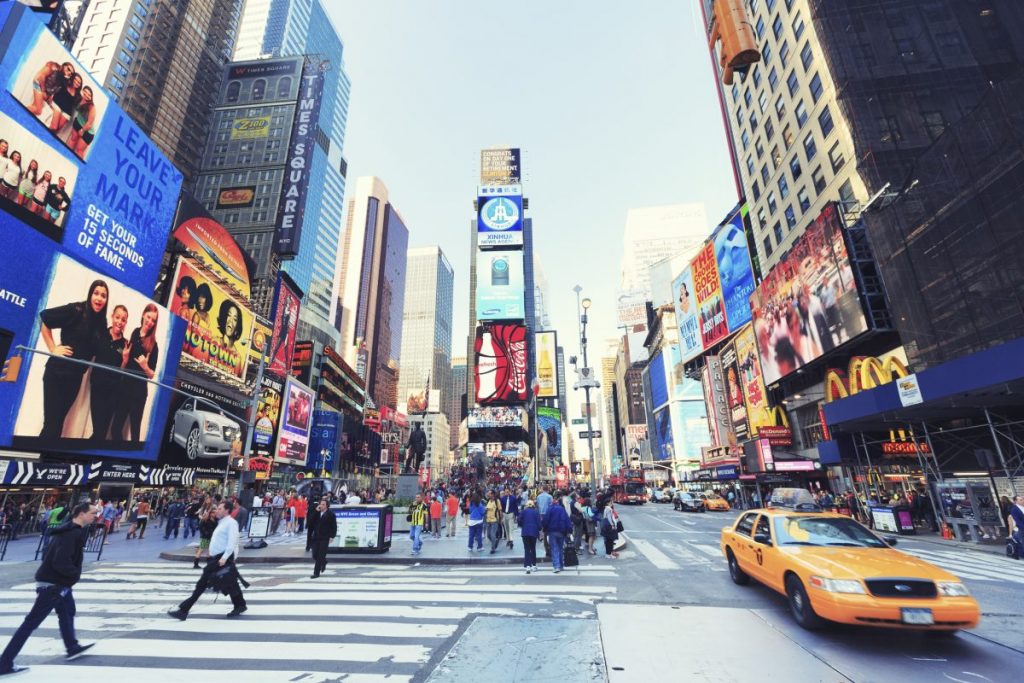 Referred to as "the Showplace of America," Radio City Music Hall was constructed in 1932. This glamorous Art Deco theatre is the famous home of the Rockettes and remains a leading cultural attraction of the city. This venue features shows, cinema, concerts, and even sporting events. It popularly hosts major events like The Grammy Awards. If you have the opportunity to attend a show or performance here, don’t hesitate. This historic attraction is a glamorous attraction that brims with NYC style. 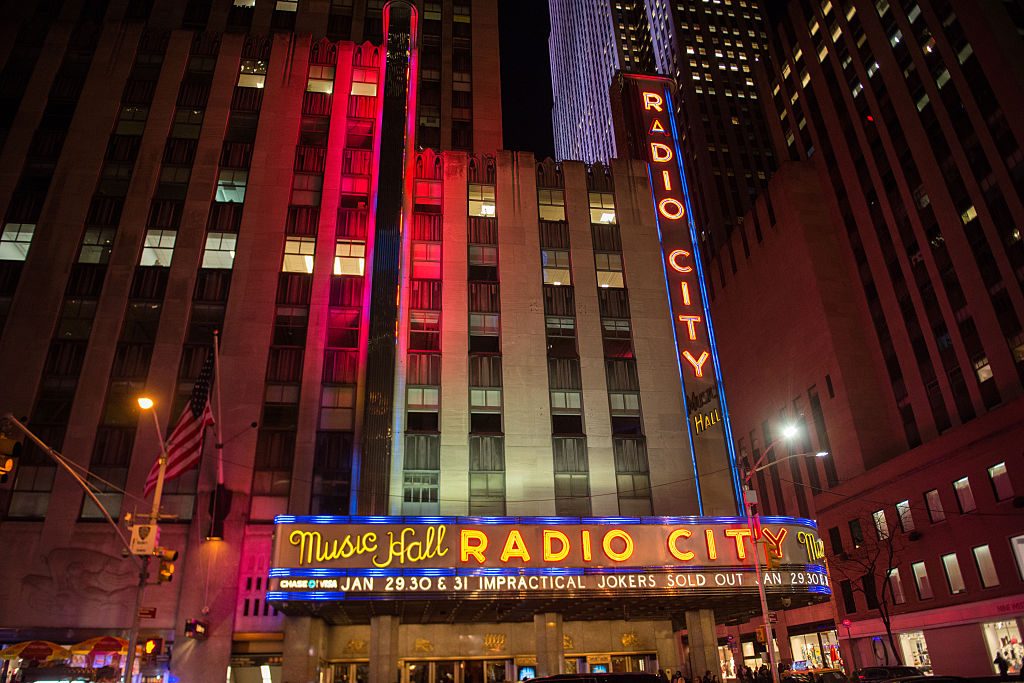 Opened in 1866, Brooklyn Bridge spans the East River, connecting Manhattan with Brooklyn. As a National Historic Landmark, the bridge is culturally important to the country as a whole, but it’s certainly one of the most iconic symbols of New York City. This suspension bridge features a wide walkway for pedestrians. It’s a great place to photograph majestic views of the surrounding city. 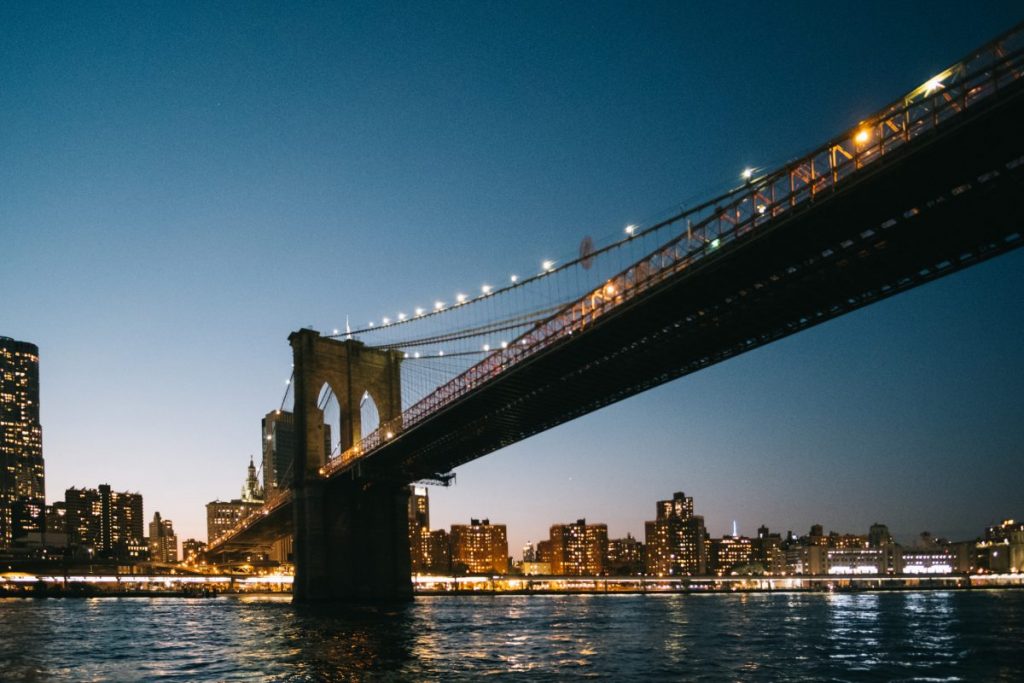 The main building of the World Trade Center Complex, built after and to commemorate the fallen World Trade Center Towers attacked on 9/11, attracts many visitors from near and far. Many people make their way to the One World Observatory that features amazing views of the city. From the observatory, you’ll be able to see iconic city sights like the Empire State Building and the Statue of Liberty. 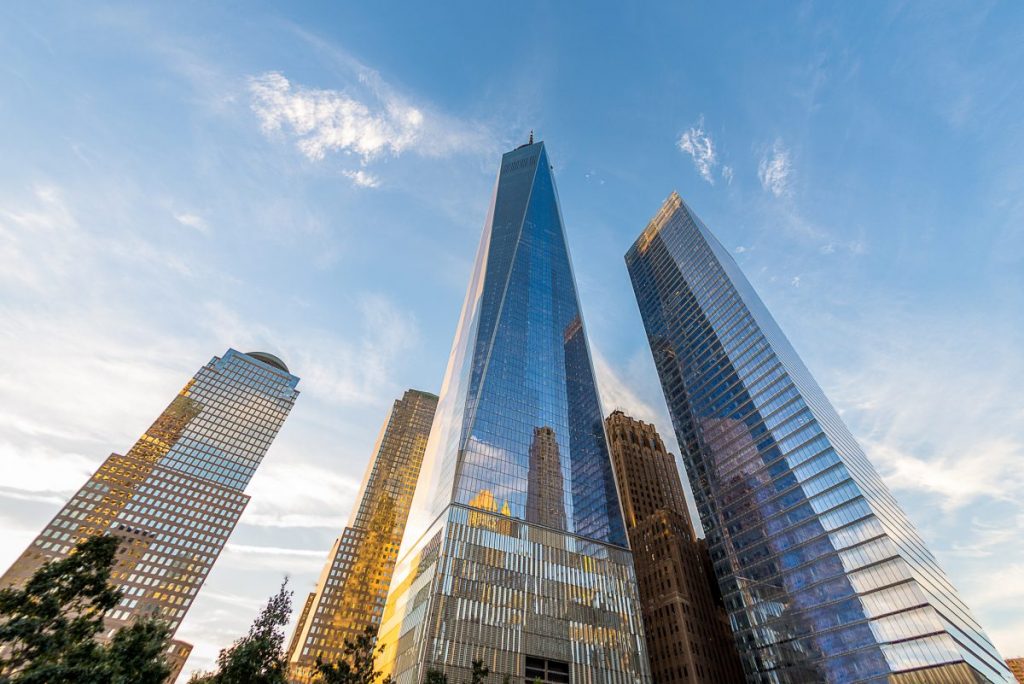 Whether you catch a show on Broadway or off-Broadway, you need to procure tickets to something in the Theatre District during your visit to the Big Apple. New York City is world-famous for its theatre. At any given time, you’ll find a dazzling and diverse array of shows to see. As many as 13 million people see a Broadway show each year. Check out the reviews and then grab some tickets to catch a brilliant performance featuring today’s major theatre stars. 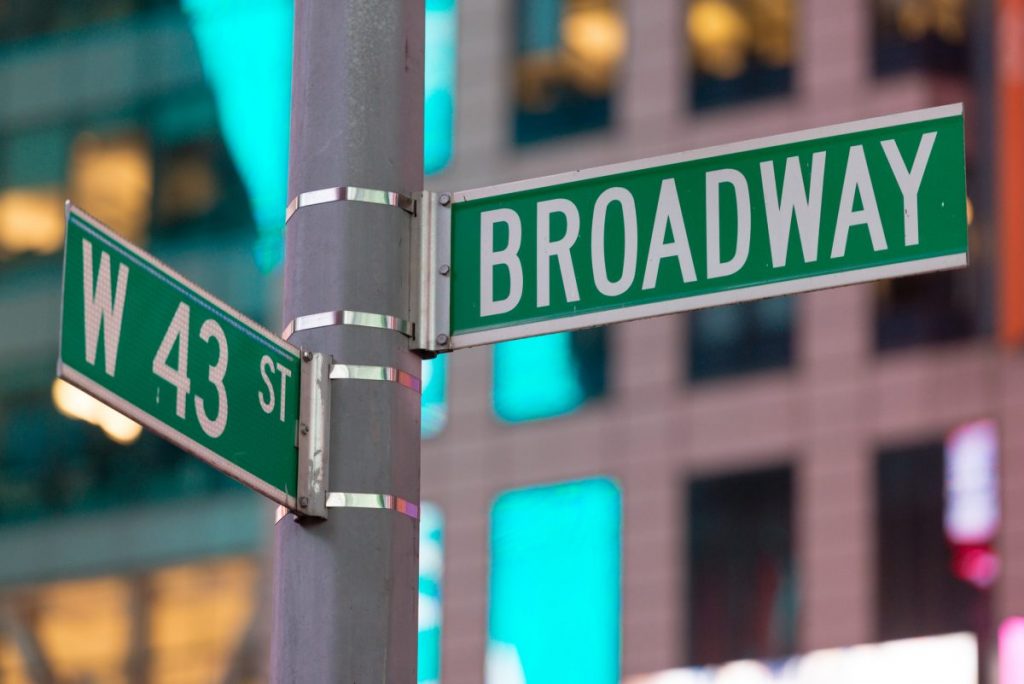 Known simply as The Guggenheim, this museum is famously home to collections of Impressionist, modern, and contemporary art. The Guggenheim is located on the Upper East Side of Manhattan where it attracts more than a million visitors each year. The Guggenheim features work by famous artists like Cezanne, Kandinsky, Chagall, Klee, and many more. 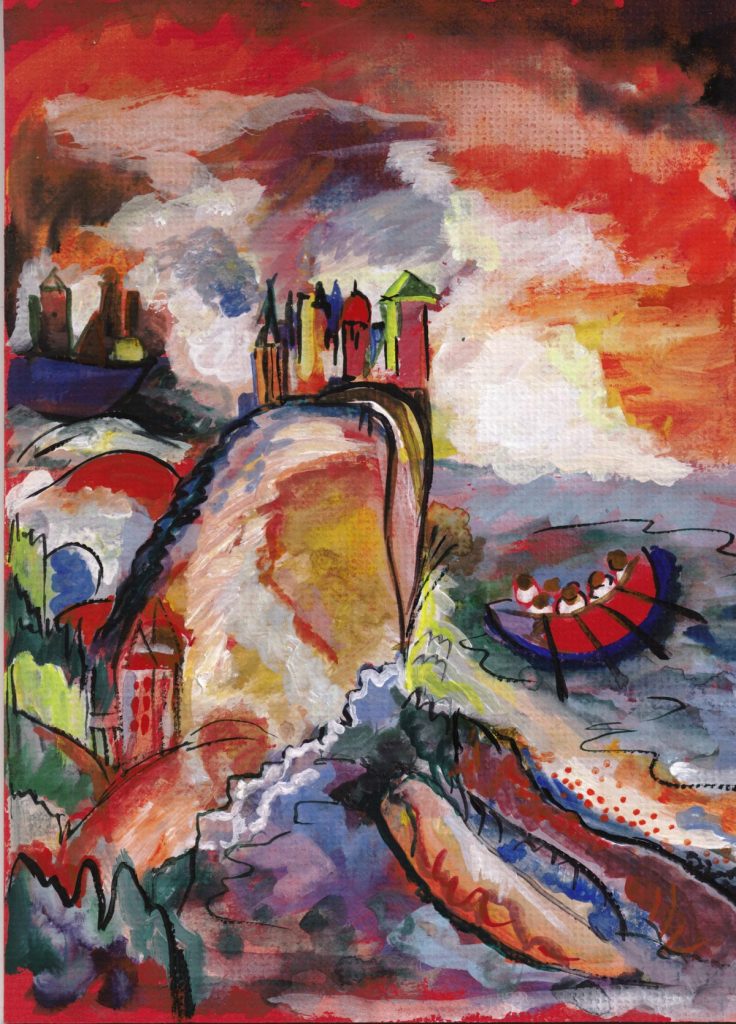 The largest zoo in the U.S., the Bronx Zoo is situated on 265 acres and features a myriad of exhibits and attractions. The zoo is filled with animals from all over the planet, including Transvaal lions, Sitka brown bears, baboons, snow leopards, scarlet ibises, Malayan tigers, Mexican wolves, and many more. This world-famous zoo features both free and premium attractions. It's a definite must for anyone traveling with kids. 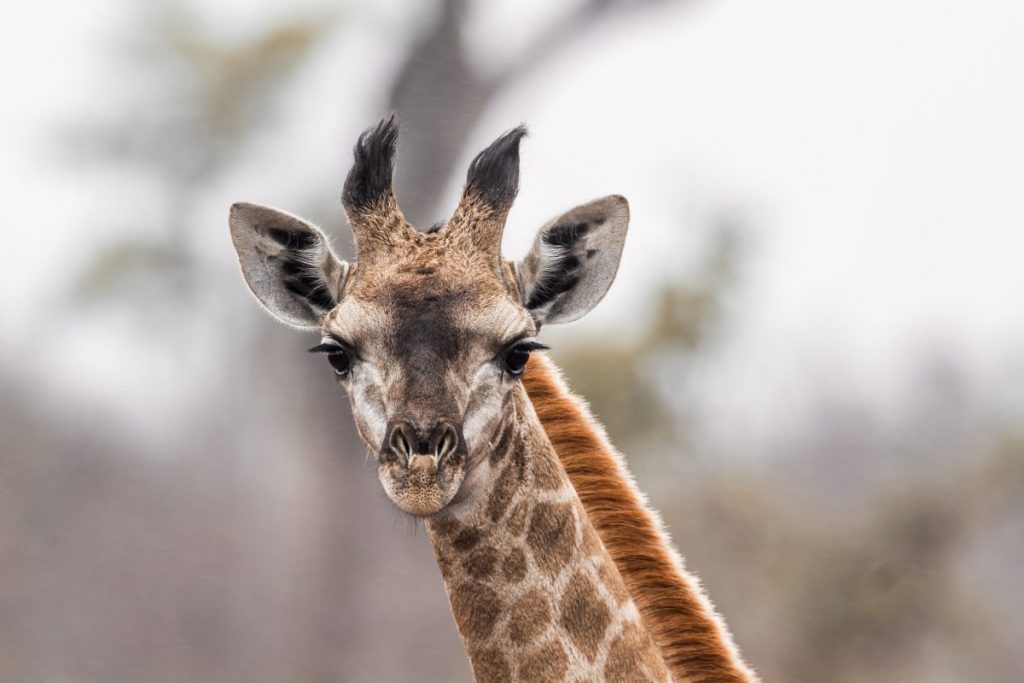