If you want to experience the most European city outside of Europe without leaving the continent, brush up on your French and grab your passporte. Québec City might just be the place for you. French is the official language spoken in the city -- and approximately 80% of residents are Francophone or French-speaking. This, combined with immutable old world charm, make it easy to forget you’re still in North America. Be sure to wear comfortable shoes -- this enchanting city has winding cobblestone streets and hills to climb, with breathtaking views at every turn.

Snap a selfie at the Château Frontenac

This opulent five-star hotel and coveted crown jewel of the Québec City skyline holds the Guinness World Record for “Most Photographed Hotel in the World,” and it’s easy to see why. With its instantly recognizable verdigris copper roof, the 120-year-old castle has 18 floors, six wings, and scores of ornate gables and dormers. You don’t have to book one of the stately castle’s 611 rooms to enjoy its luxuries. Savor fine French cuisine prepared by a top chef in the Champlain, sip a cocktail in the cozy wood paneled 1608 Wine & Cheese Bar, grab a bite in Bistro Le Sam or have afternoon tea at Place Dufferin. 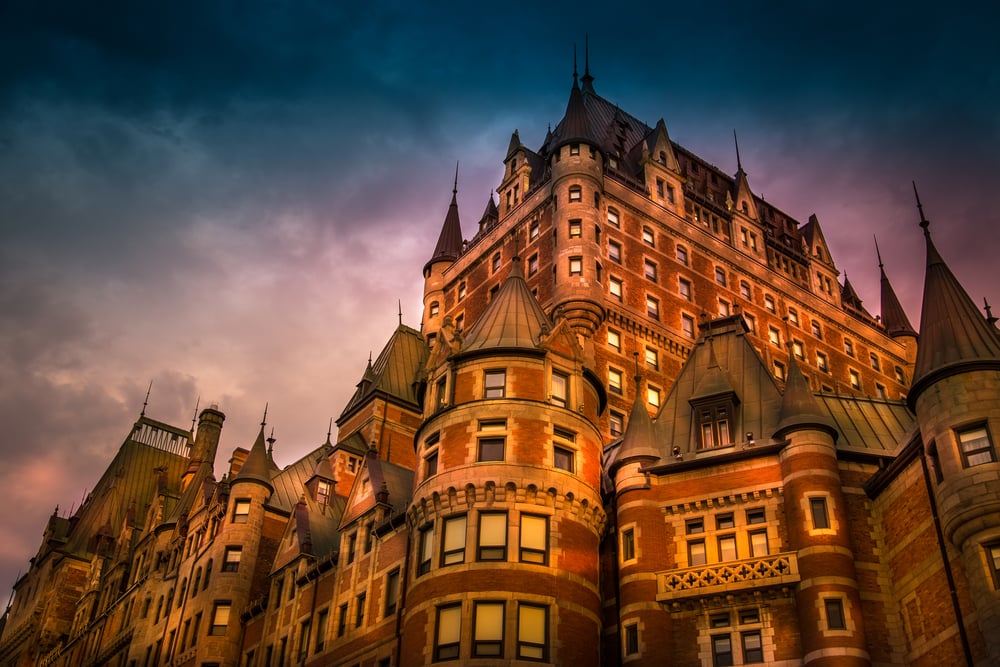 Stroll down the cobbled streets of Vieux-Québec

Old Québec, known as Vieux-Québec by locals, earned a spot on the UNESCO World Heritage List in 1985. There is no shortage of things to see and do in this European-style historic district, which is divided between Haute-Ville and Basse-Ville. Stroll down the oldest commercial avenue in all of North America, Petit-Champlain Street, and swing by the striking Cathedral-Basilica of Notre-Dame de Québec. If you’re peckish, you can go on a three-hour walking food tour, and finish your excursion with a drink under vaulted ceilings at the atmospheric 400-year-old Pape Georges V tavern. 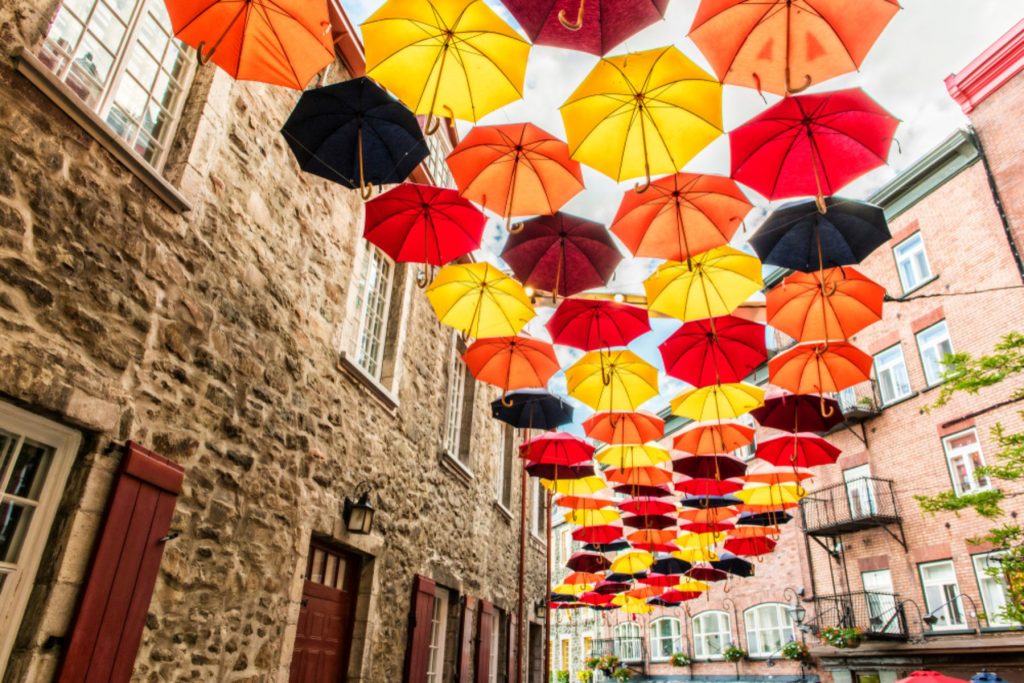 Take a cable car over a very tall waterfall

Open year-round, the unmissable Parc de la Chute-Montmorency is an easy get from Québec City. You’ll fall in love with the park’s 272-foot tall waterfalls, which are nearly 100 feet taller than Niagara Falls. A cable car will take you up the cliff to the manor at the top. There, you’ll find a footpath which will take you to a suspended footbridge that stretches dramatically across the drop of the waterfall. Don’t look down! 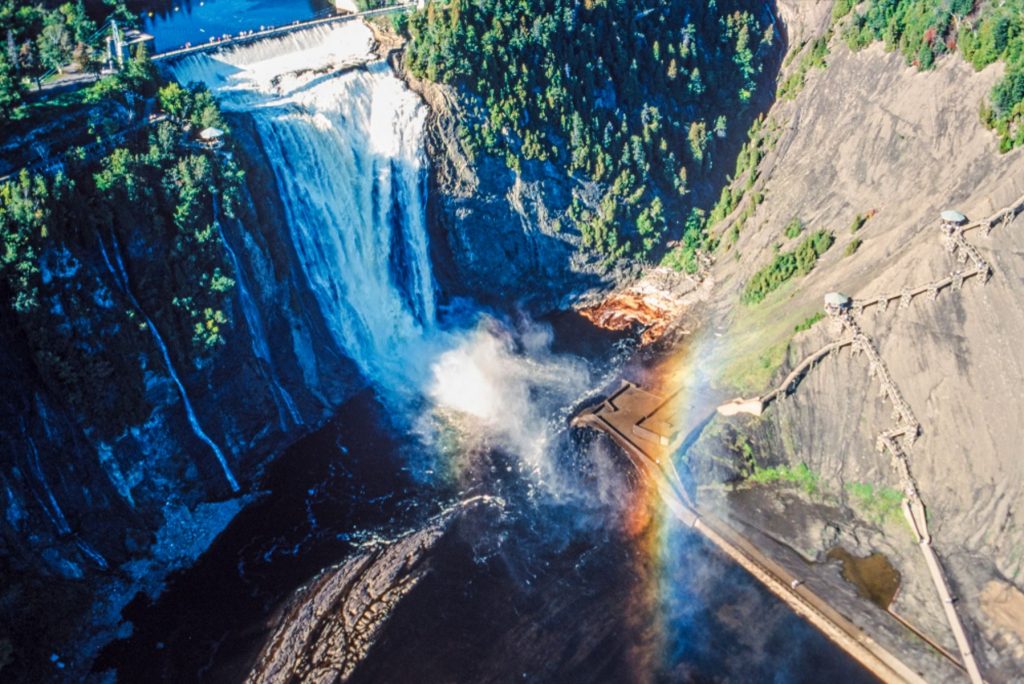 Ride up the Old Québec Funicular

For over a century, this cable railway has linked Basse-Ville and Haute-Ville, lifting passengers up at a steep 45-degree angle between these two parts of the city. Although it provides riders with sweeping views, the Funicular might not be so fun if you have a fear of heights. It deposits you 200 feet above your starting point. 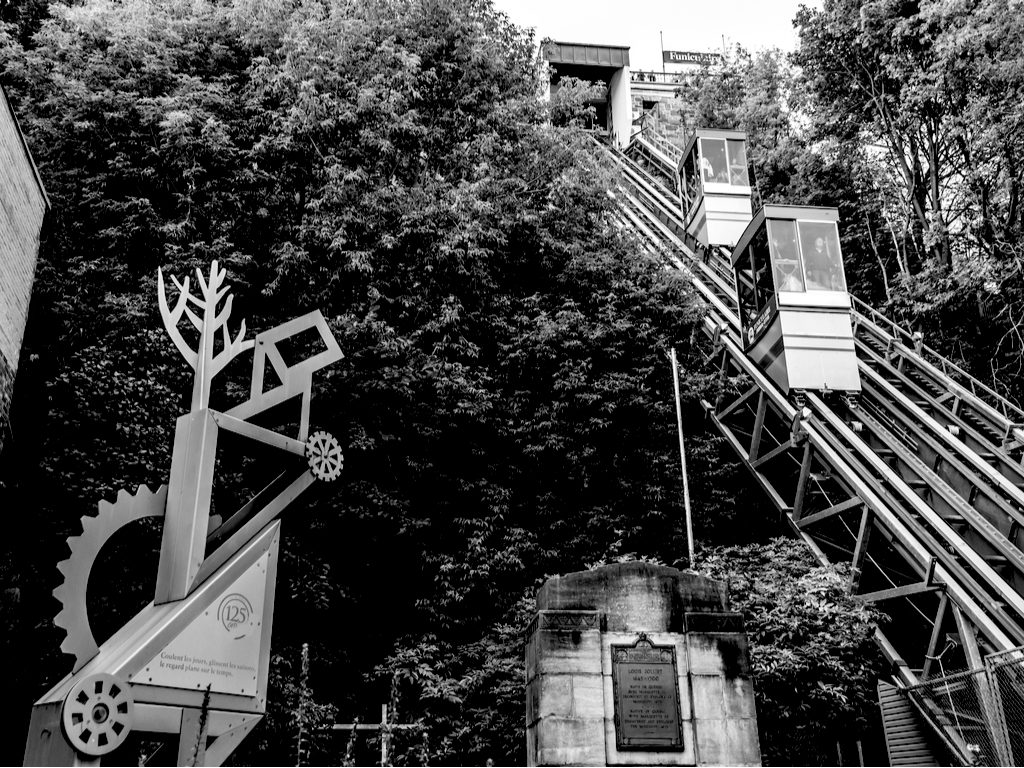 Canadians can thank Québec for inventing one of their favorite comfort food:s poutine. The famous dish, which consists of French fries topped with gravy and cheese curds, was first served in 1972 by chef Ashton Leblond at his restaurant. To this day, Chez Ashton is still the place to go to sample some of these savory, cheesy, gravy-drizzled spuds. There are now 25 Chez Ashtons in the region -- many of which are all-too-conveniently located near drinking establishments. 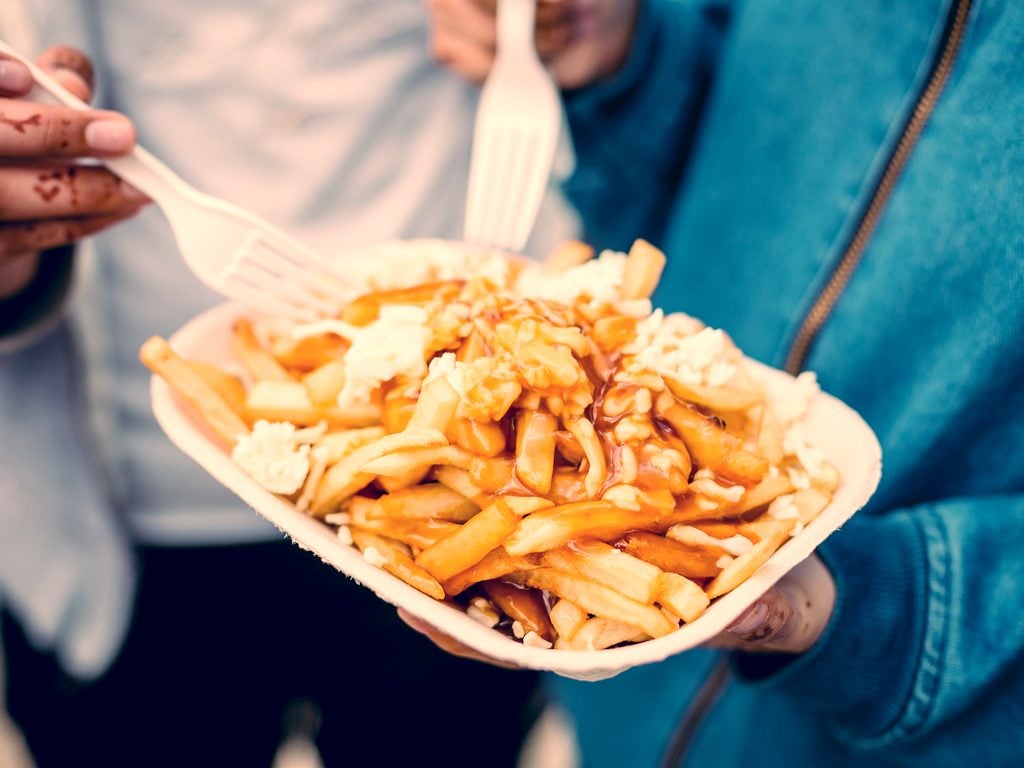 Take a ferry across the river

For less than $5, you can board a ferry, or traversier, that will transport you across the St. Lawrence River to a sweet little town called Lévis. The ferry leaves its port at Old Québec every half hour or so, only lasts about 15 minutes, and provides picturesque panoramic views of the city from the water. If you happen to find yourself in Québec during the winter months, the ferry ride is particularly thrilling: it becomes a glorified icebreaker, slicing through the ice on the river. 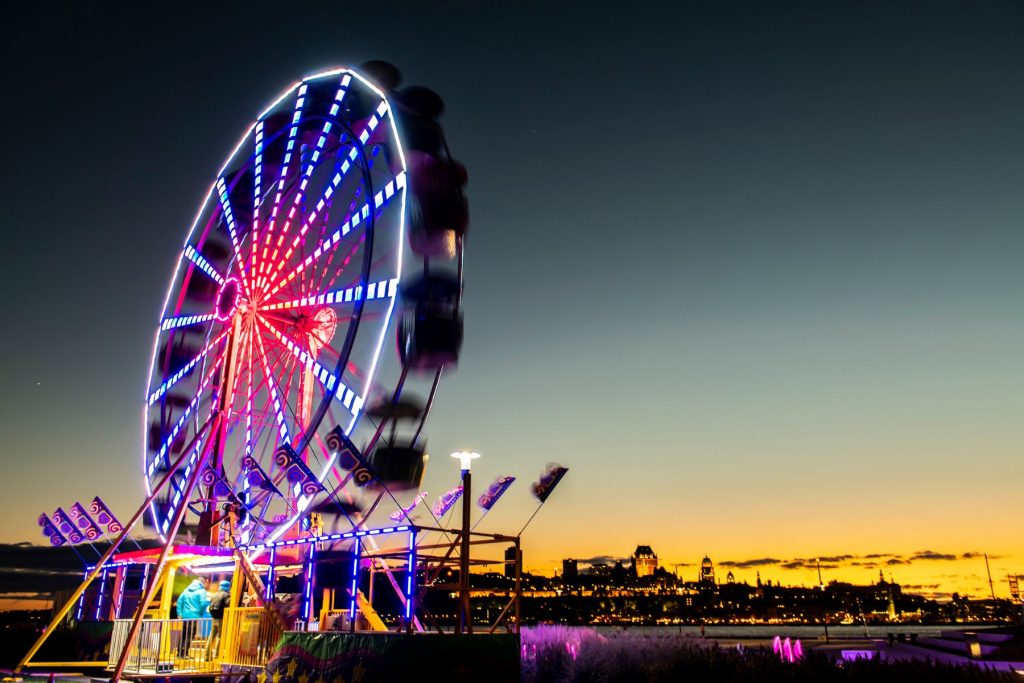 Watch the changing of the guard

La Citadelle de Québec is the largest active fortress in North America, backed by over 200 years of history. If you’re quick on your feet, you can catch the Changing of the Guard at 10 am from late June through early September. Be sure to check out the fort’s museum exhibits and guided tours, or simply soak up the spectacular views of the city and St. Lawrence River from your perch high above. 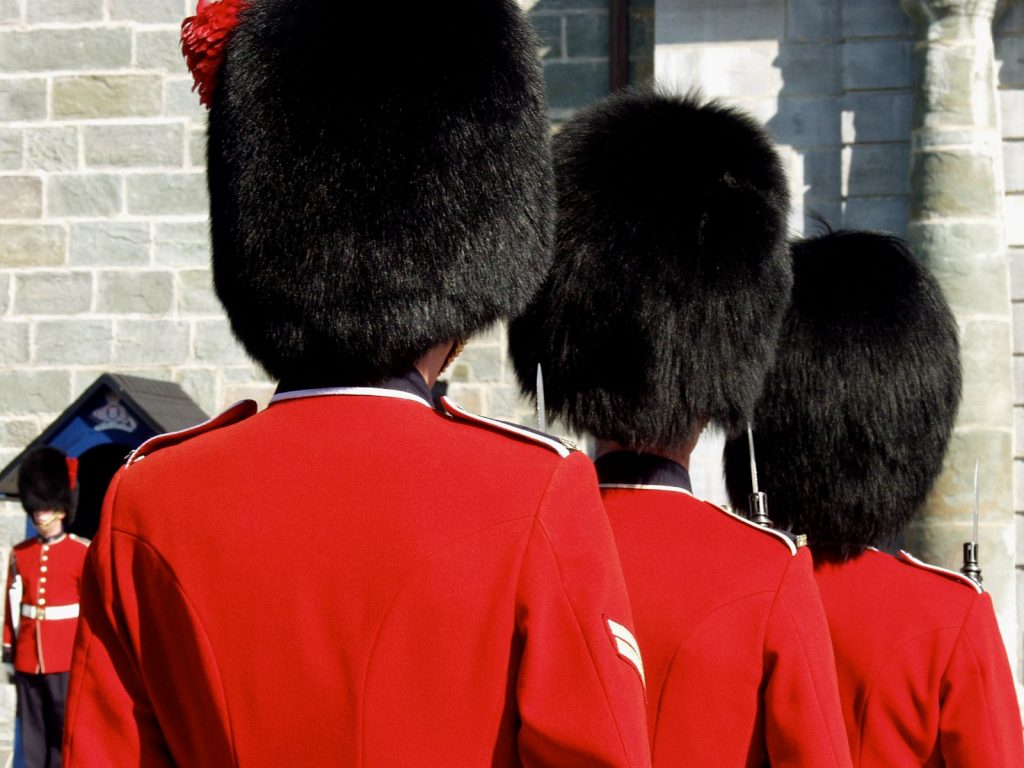 Put together a picnic from North America’s oldest grocery store

Jean-Alfred Moisan first opened the doors of his petite epicerié in 1871, and they haven’t closed since. Epicerié J.A. Moisan might have a decidedly old-fashioned vibe, with tin ceilings, original woodwork, and vintage 1920s and ‘30s music piping through the speakers. But the store’s offerings are anything but dated. Its shelves are stocked with fine Québec-made foods, including local preserves, bread, charcuterie, and cheeses, as well as hard-to-find foodstuffs from around the world. If the weather’s right, the epicerie has all the fixings you need for the perfect picnic in the park. If you haven’t yet had your fill of J.A. Moisan, you can even spend a night or two there. The original founder’s living space upstairs has been transformed into a fully functioning B&B. 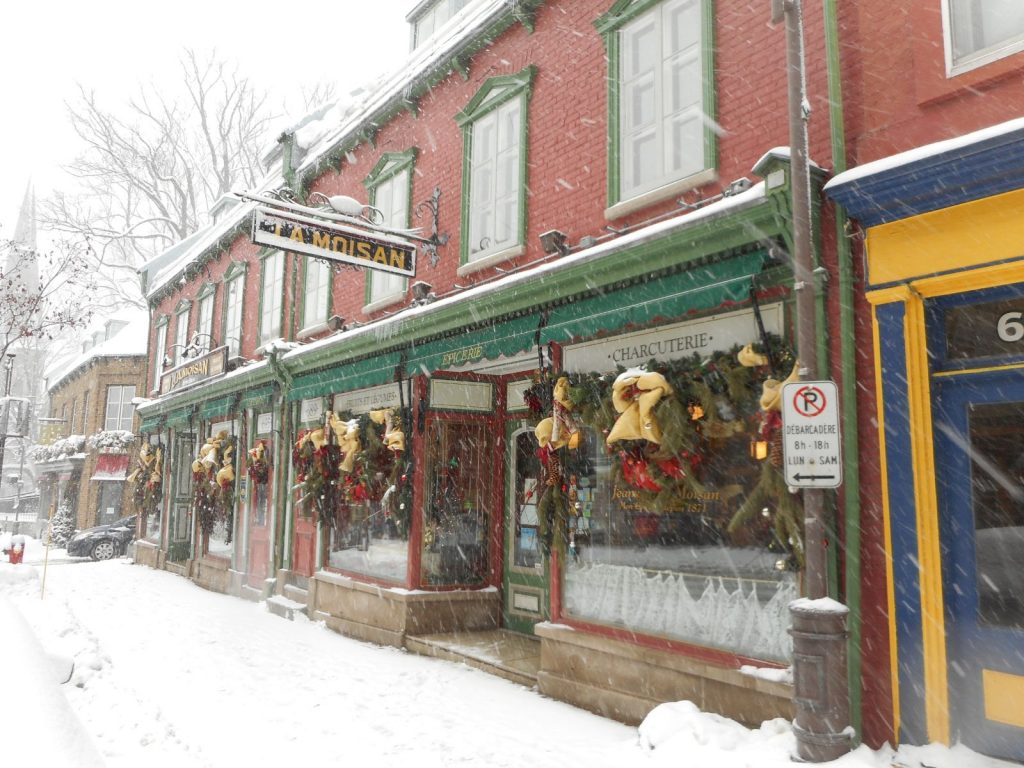 When it comes to dinner options, you pretty much can’t go wrong anywhere in Québec City, thanks to the city’s abundance of authentic French “gastronomie.” But if you want the quintessential Québecois dining experience, just look for the red roof. Aux Anciens Canadiens first opened its doors in 1675 as Maison Jacquet, and still retains most of its original character. The restaurant is named after a novel written by Philippe-Aubert de Gaspé, who lived in the house from 1815 until 1824. The service is top-notch, and the entire menu is beautifully executed, but don’t miss la Soupe a l'Oignon au Fromage -- French onion soup -- while you’re here. 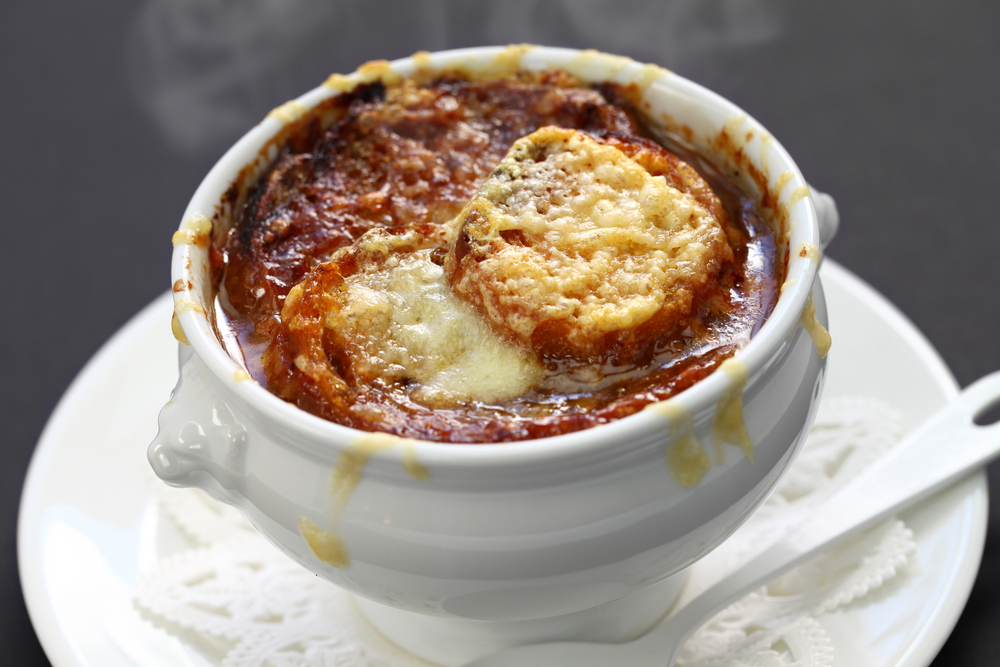 This Québecois pastry glazed in butter and brown sugar is so scrumptious that even its name doesn’t deter die-hard fans -- it means “nun’s fart” in French-Canadian. Some say it derives its off-putting moniker from the sound it makes when frying. Others claim a nun’s fart once caused so much uproarious laughter that someone dropped a piece of dough into boiling oil. Whatever the origins of its name, it’s hard to argue that pet de soeur is damn delicious and dangerously addictive. 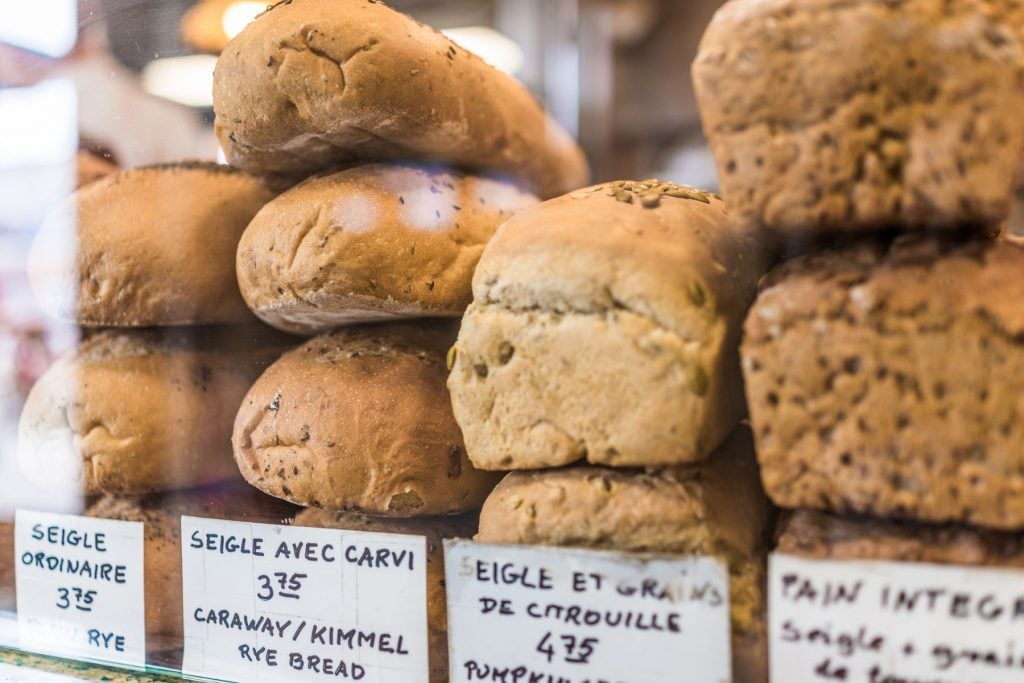