Buckingham Palace is one of the world's most recognizable landmarks, famous across the globe for both its glamour and its rich history. One of the few remaining working palaces in the world, the splendid structure is considered one of Britain's national treasures. Every year, 15 million tourists flock to London to catch a glimpse of the stately royal residence, making it the capital's most popular tourist attraction by a large margin. Every summer, many rooms of the palace are open to the public.

Who lives at Buckingham Palace?

Buckingham Palace is more than just a tourist attraction⁠—since 1837, it has been the London home of many members of the British royal family. Many royals have private apartments in the palace, using it as their base whenever they're in the capital.

The first monarch to reside at the palace was Queen Victoria. Today, it's the primary Royal residence of Queen Elizabeth and Prince Philip. Other royals who have apartments in the palace include Prince Edward and Sophie Countess of Wessex, Prince Andrew, and the Queen's daughter, Princess Anne.

The palace is also home to over 800 members of staff, including a flagman, a fendersmith, and a clockmaker to keep all 350 of the palace's clocks and watches in tip-top shape. 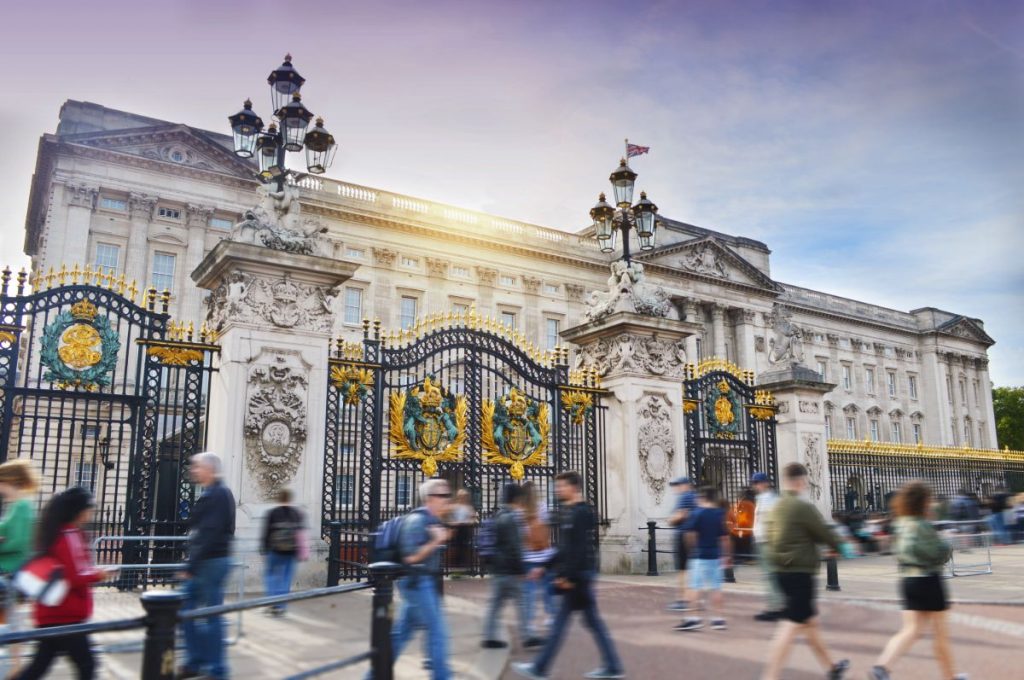 When and why was Buckingham Palace built?

When John Sheffield became Duke of Buckingham in 1703, he built Buckingham House as a place to crash with his wife when he visited London. In 1820, George IV ordered a major makeover of the stately home for his wife, Queen Charlotte. He hired architect John Nash, who transformed it into a palace, adding three additional wings and a central courtyard. Sadly, he was fired soon after for going well over budget. 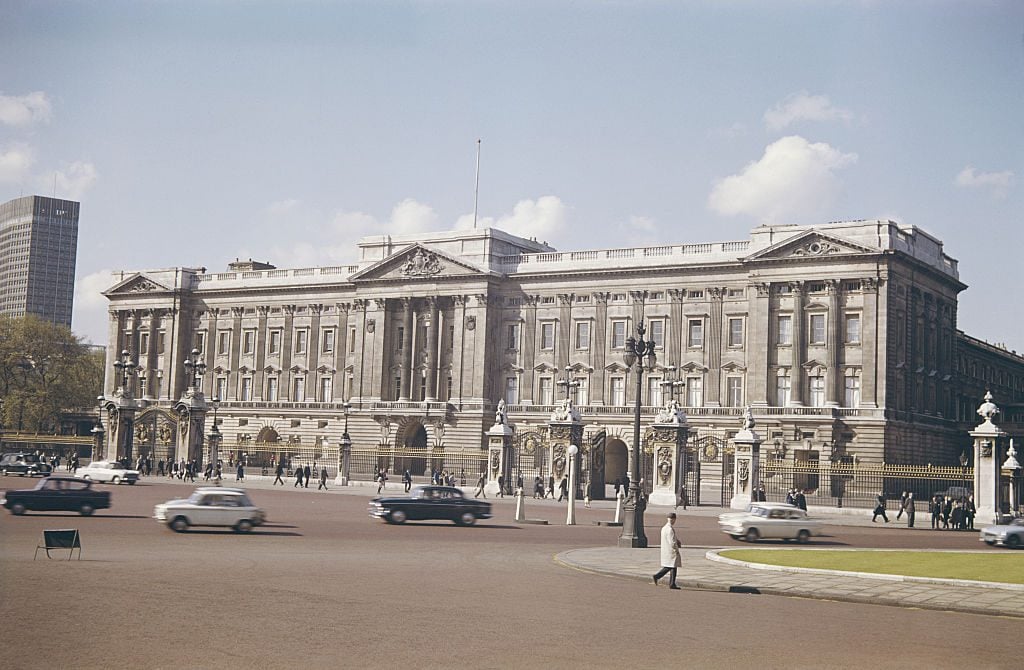 How many rooms are in Buckingham Palace?

Buckingham Palace has 775 rooms and boasts the largest private garden in London. There are 19 staterooms, 52 bedrooms for royalty and guests, 188 staff bedrooms, 92 offices, and 78⁠—yes, 78⁠—bathrooms.

The largest room in the palace is the Grand Ballroom, which is 120 feet long, 59 feet wide, and 44 feet high. Beyond ballrooms and banquet halls, there's also a cinema, a pool, a police station, a post office, and even an operating room.

The palace has 760 windows, which are cleaned every six weeks, and over 40,000 lightbulbs to change. 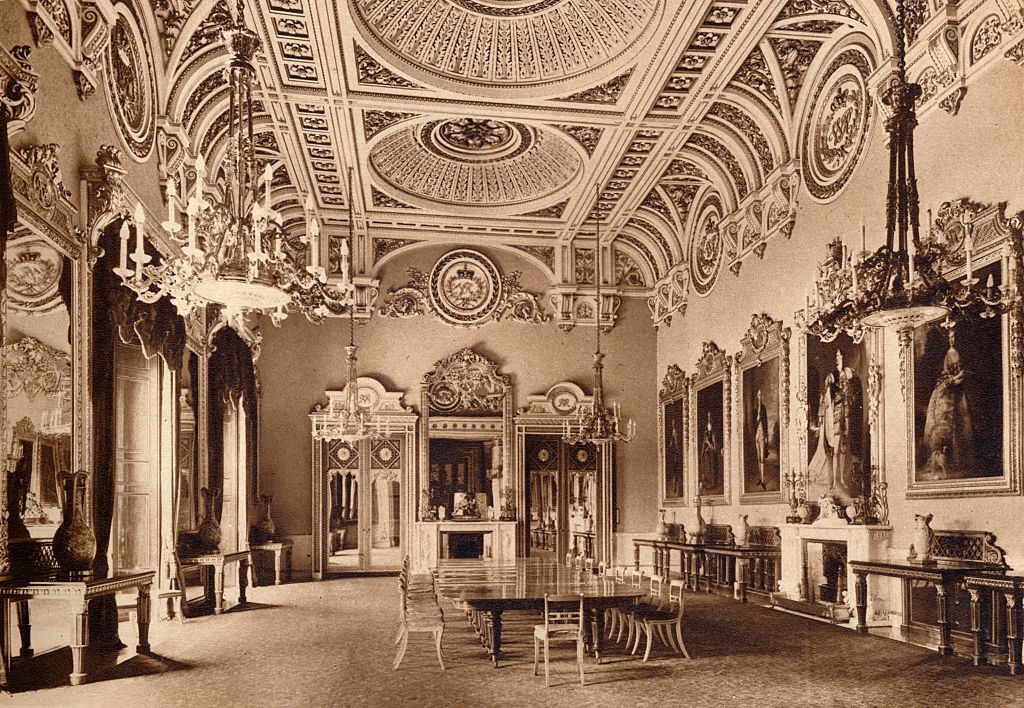 How can you tell the Queen is at Buckingham Palace?

It's easy to tell when the Queen is home⁠—just look for the flag! The palace flies the Royal Standard when she's there, and the Union Jack when she's not. The Royal Standard is split into four quadrants. The first and fourth represent England with three gold lions on red. The second quadrant represents Scotland, with a red lion on a gold background. The third quadrant represents Ireland, with the Coat of Arms of Ireland in gold on a blue backdrop. 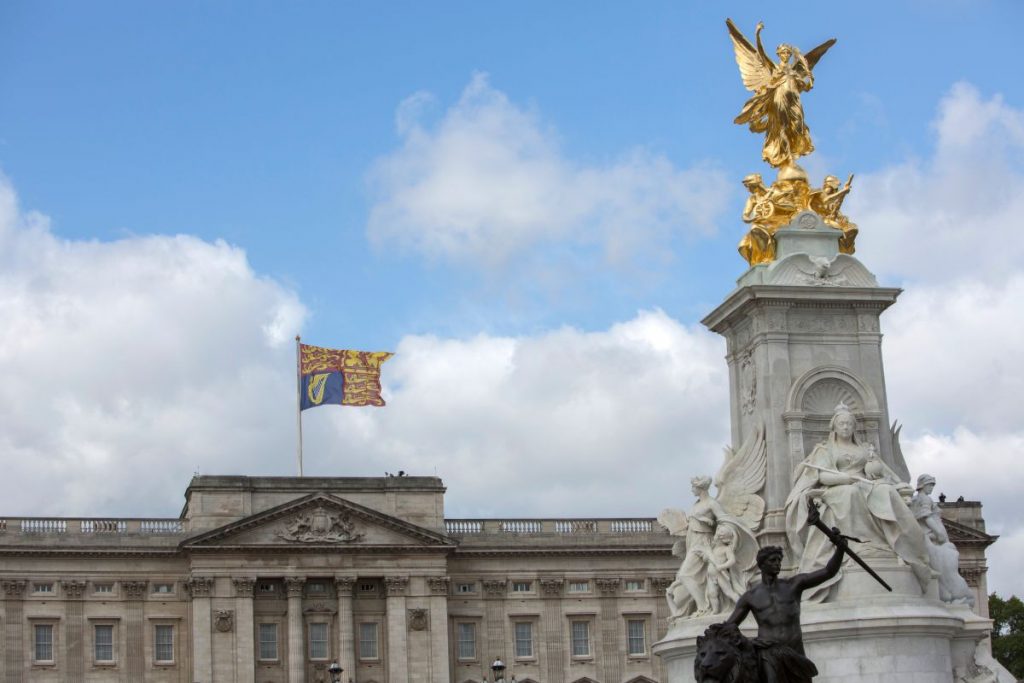 What are the Buckingham Palace guards for?

Instantly recognizable in their iconic red jackets and their tall furry black bearskins, the Queen's Guards are responsible for guarding the royal family and the palace. When the Queen is home, there are four footguards in front of the building. When she is away, there are two.

During very cold or wet weather, the guards wear gray coats. In the month of August, you won't see them at all, because other regiments guard the palace.

There are five regiments of Foot Guards:

Weather permitting, the "Changing of the Guard" takes place in the forecourt of Buckingham Palace at 11:30 am and lasts around 30 to 45 minutes. 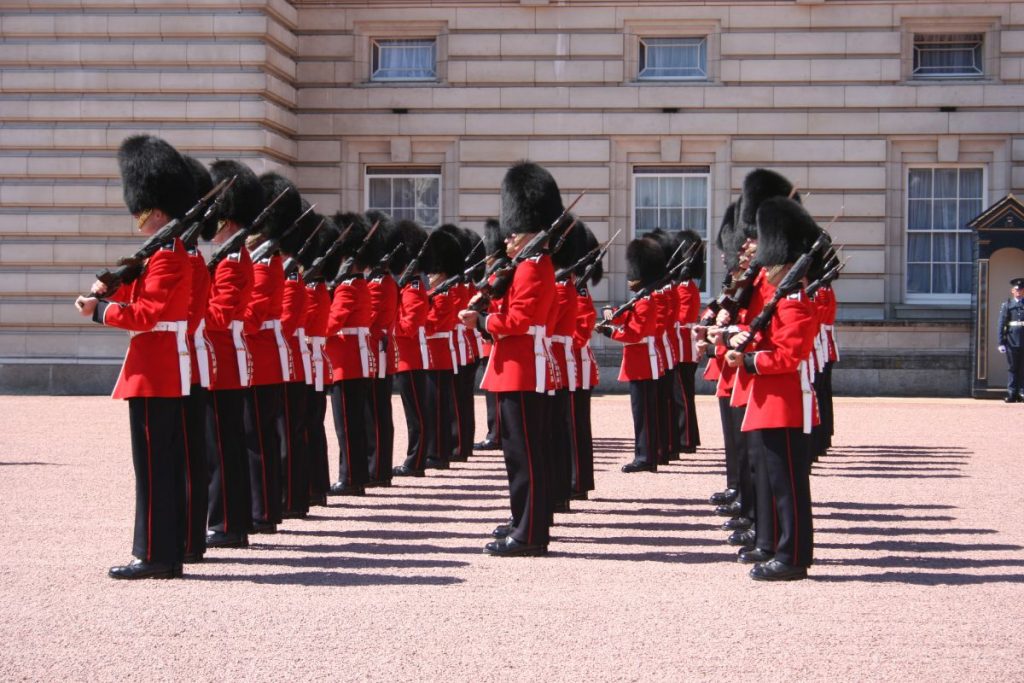 Does Buckingham Palace have any secrets?

As if palace life wasn't exciting enough, there is a hidden labyrinth of underground passageways which link the building to surrounding streets and the Houses of Parliament⁠—and possibly even private drinking clubs!

King George VI and "the Queen Mum" were known to have enjoyed wandering through these secret tunnels. While exploring one day, they encountered a "very courteous" man from Newcastle who was apparently living down there. 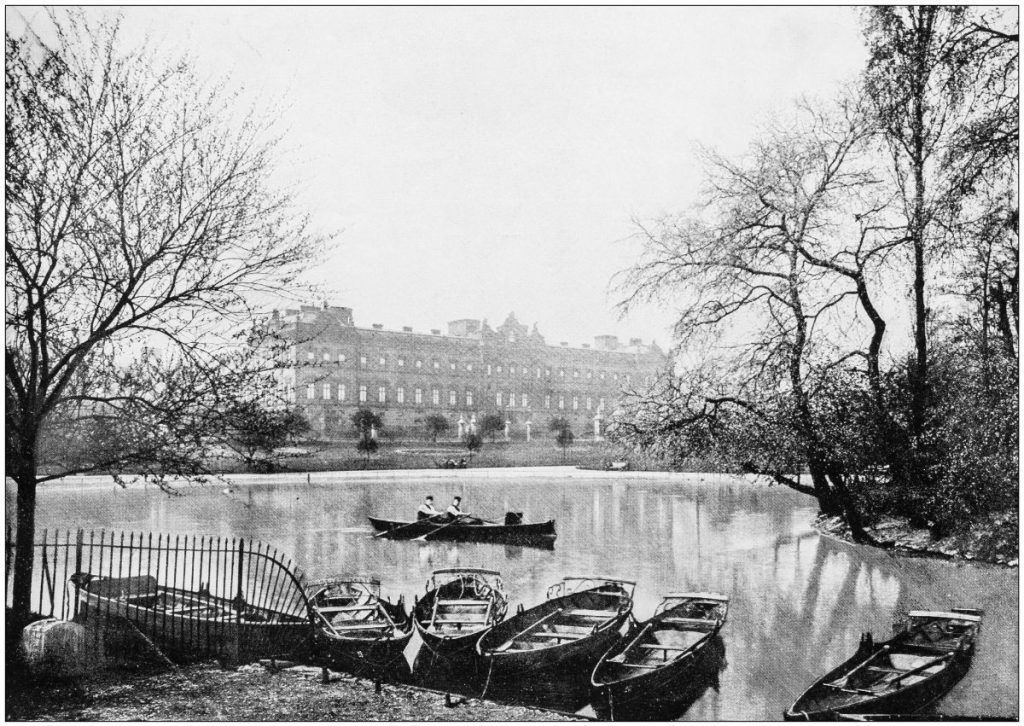 What kind of food is served at Buckingham Palace?

Traditionally, families all over Britain have a Sunday Roast, and the Queen is no different. Every Sunday, she is served the best joint of beef or lamb, biked in directly from Harrods. According to insiders, her preference is the "end piece," which is always placed at the front of her tray.

Every dish which goes into the Queen's menu book include two options for every course, and she crosses out the one she doesn't want. Her Majesty must approve every new recipe that goes into the book. And you better brush up on yourfrançais if you're going to dine with the royals⁠—the daily menus are in French. 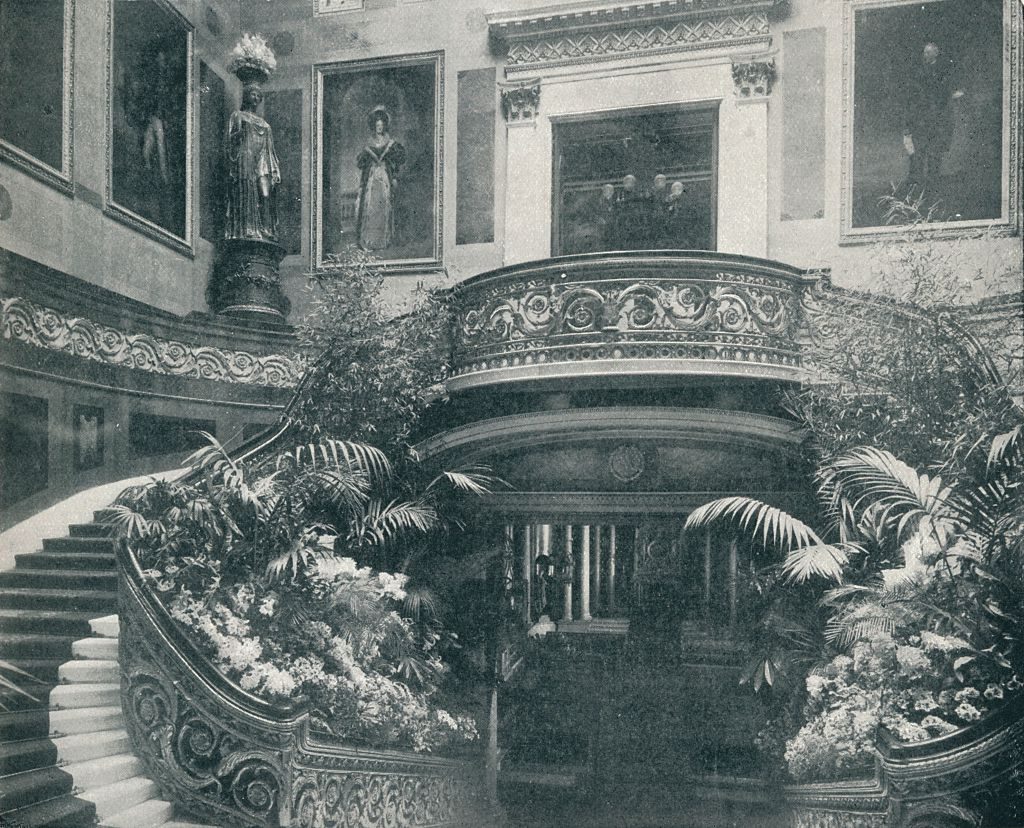 Is there a dress code at Buckingham Palace?

There is no official dress code. In the evenings, women wear floor-length dresses with trains and tiaras. Men who aren't in military uniform wear 18th-century knee-breeches.

After World War I, Queen Mary raised the bar by having her skirt hemmed a few inches shorter to follow the current fashion trends. She reversed her decision when King George V disapproved.Fun royal fashion fact: The Queen's signature style, a monochromatic outfit and matching fancy hat, is a deliberate choice to make herself stand out from the crowd. 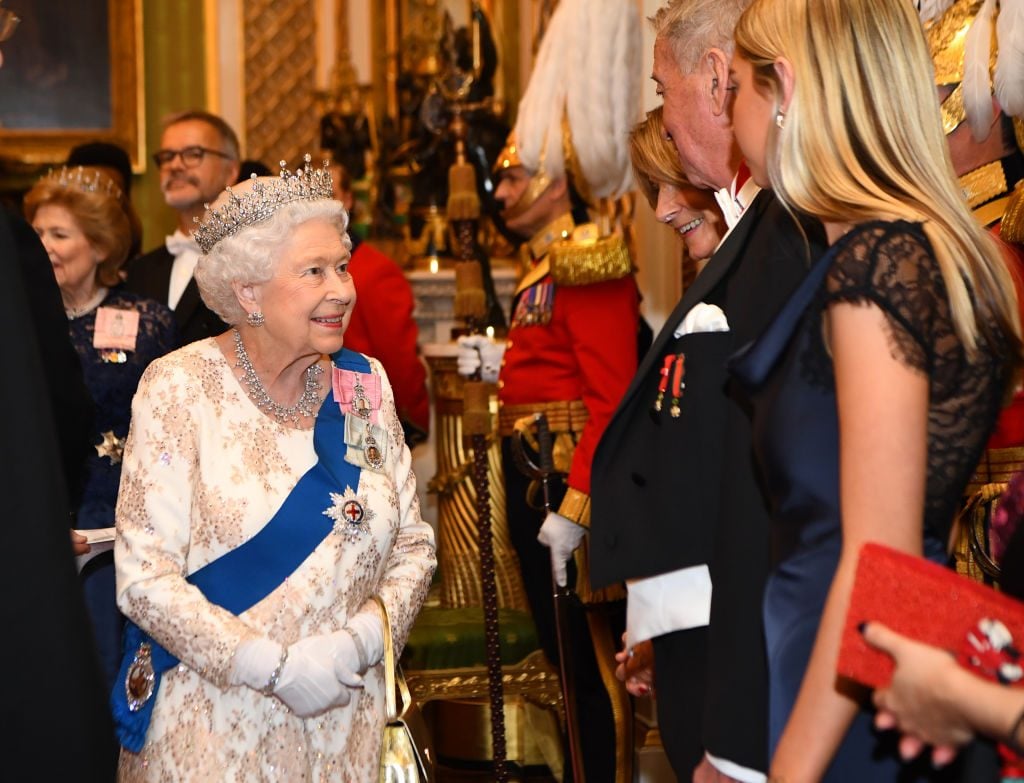 London's most famous tower is a castle made up of 22 towers. It offers a glimpse into the city's compellingly gruesome history and is perhaps best remembered as a dungeon where three queens, a king, and numerous nobles met their untimely demise. Formerly a royal residence, The Tower of London includes a mint, a treasury, an armory, and a zoo.

Stop by to check out the spectacular Crown Jewels and oversized armor, and get an eyeful of the colorfully cloaked Beefeaters. There are also six captive ravens at the Tower, for superstitious reasons. As the chilling old saying goes,"if the Tower of London ravens are lost or fly away, the Crown will fall and Britain with it." 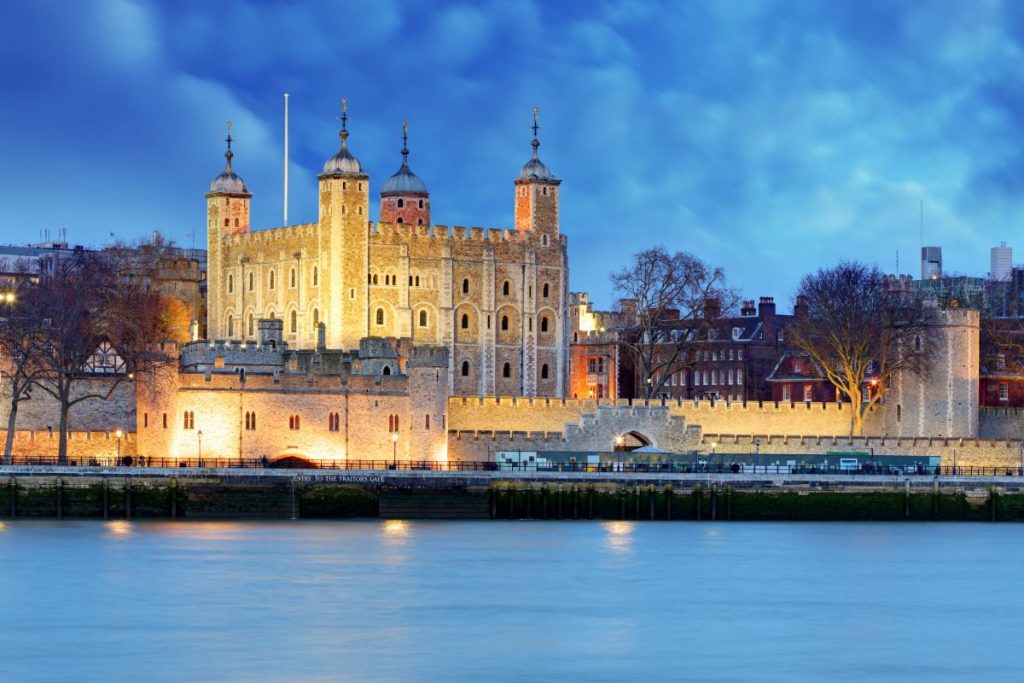 If you still haven't had your fill of royal residences after Buckingham Palace, stop by Windsor Castle, the Queen's second home in nearby Windsor. She mostly uses it for State occasions⁠—just look for the Royal Standard flying from the Round Tower to see if she's in. Windsor Castle is the world's oldest and largest continuously occupied fortress. There are free guided tours that allow visitors to explore the castle precincts which are divided into the Upper, Middle, and Lower wards. 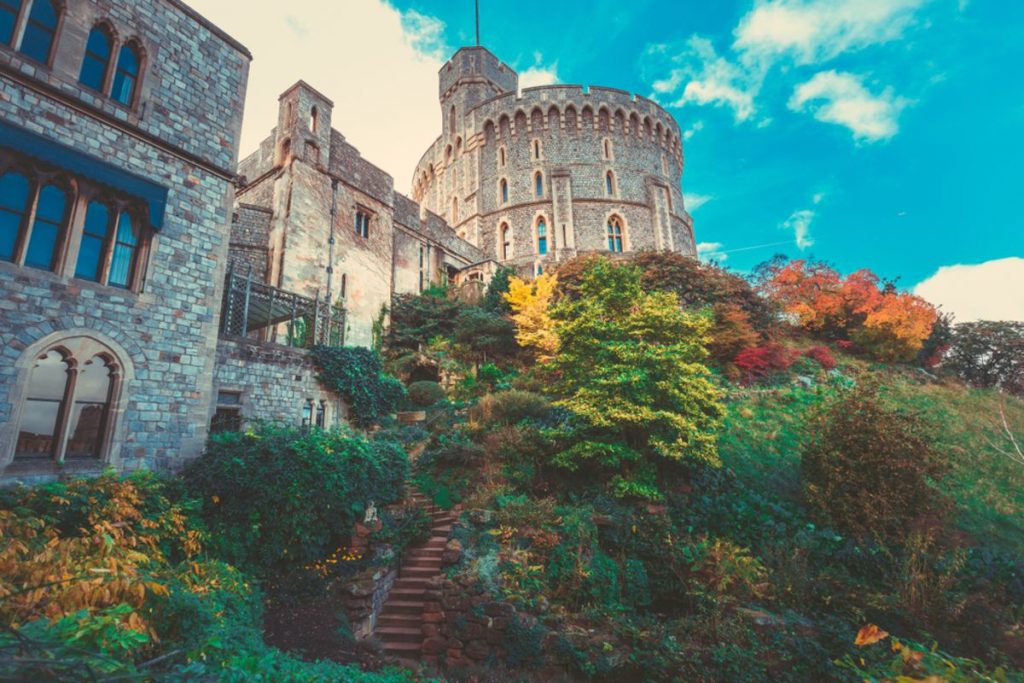 Instantly recognizable and featured in scores of films, Tower Bridge is just as thrilling when you see it in real life. It was built in 1894 as a desperately needed crossing point for London's thriving port. A then-revolutionary steam-powered mechanism raised the roadway in just three minutes to allow ships to pass under. Today, it's one of London's defining landmarks, with its elegant pair of neo-Gothic towers rising over the Thames. 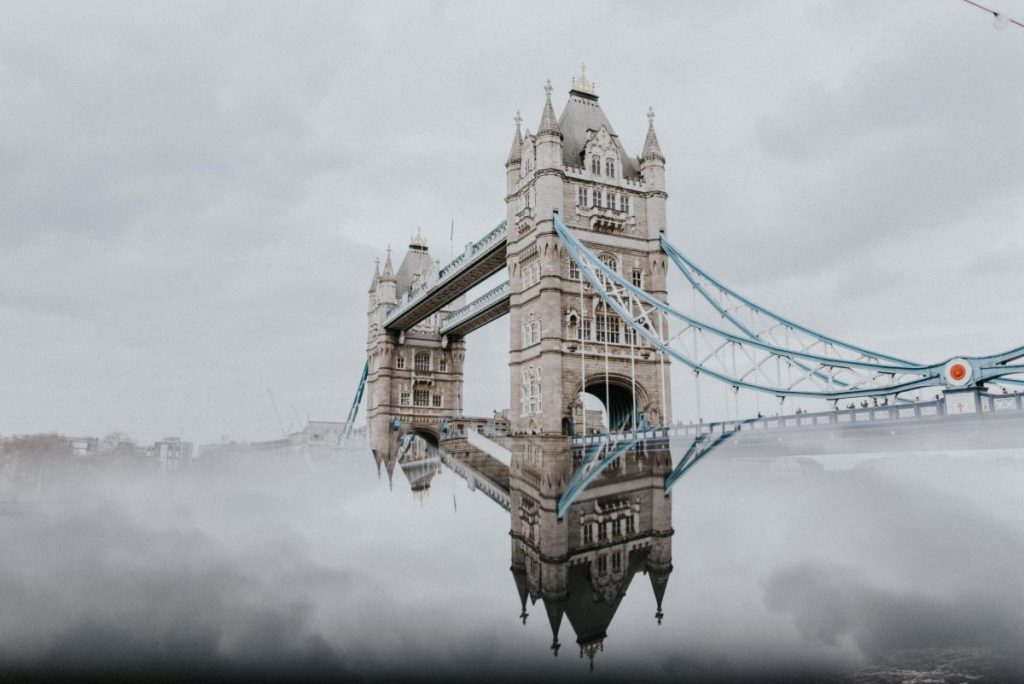 Not only is this sublime example of Early English Gothic architecture a beautiful place of worship, it's still very much a working chapel. But Westminster Abbey is no ordinary church⁠—its importance in history goes well beyond architecture and religion. Some of Britain's greatest have been interred here⁠. There are a total of 17 monarchs, from King Henry III who died in 1272, to King George II who died in 1760. It's impressively old, too. The Abbey was built in the year 960 AD, but much of its architecture dates from the 13th century. 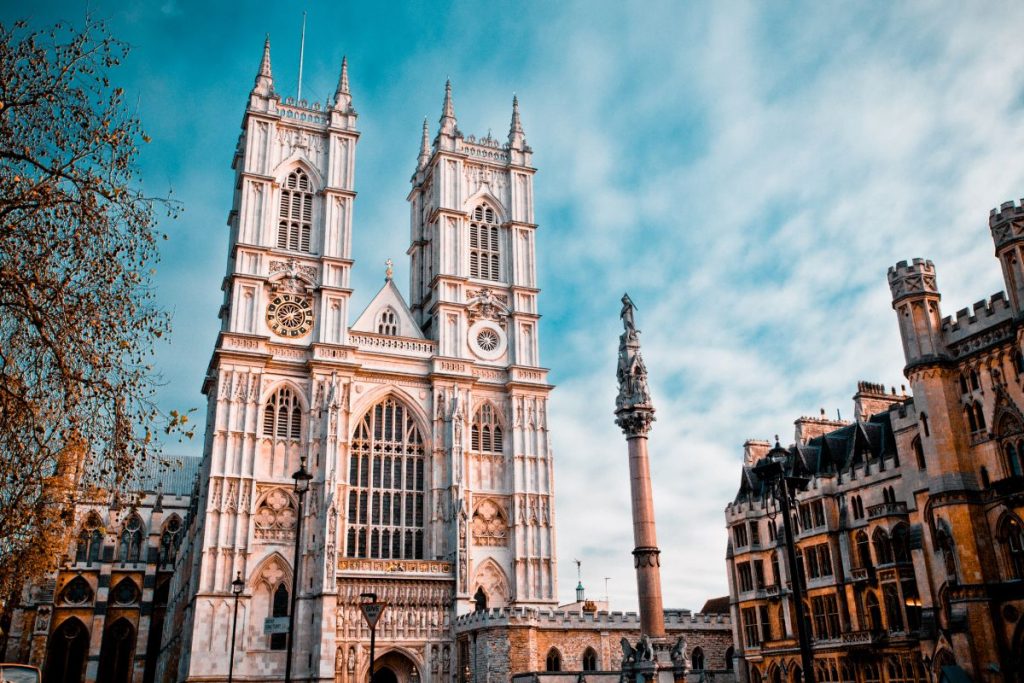