What to Enjoy in Curacao

Just 40 miles north of Venezuela, between the islands of Aruba and Bonaire lies a little-known former Dutch territory called Curacao. Like many islands in the Caribbean, its history speaks of colonization, commerce, and trade. The island changed hands many items before stable Dutch rule in 1815. Today, Curacao is a nation where its turbulent history is displayed proudly, with brightly colored buildings. Its interaction with nearby neighbors resulted in cultural diversity and multilingualism. Its capital, Willemstad, is a UNESCO World Heritage Site.

Known as the Old Market, Marshe Bieu in Punda, Willemstad is the place to experience authentic Curacaoan cuisine. It's a pitched-roof food court with picnic tables and benches that promote a friendly and welcoming atmosphere. There are tons of independently-operated kitchens that cook local foods on charcoal fires. Some visitors have compared it to a taste of home, which is probably why many working locals go there for lunch. Marshe Bieu is open Monday through Saturday from 10 am until 3 pm. 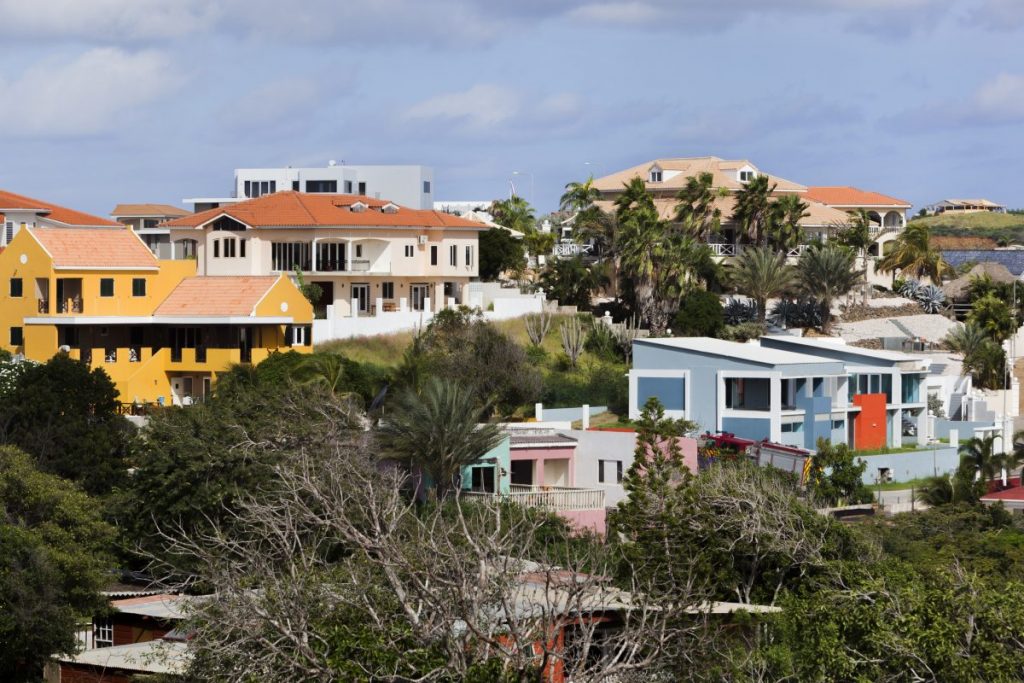 At just 1.7 square kilometers, Klein Curacao is an uninhabited island located southeast of the mainland in the Caribbean Sea. It was used to quarantine sick slaves that were transported by the Dutch West India Company from Africa to Curacao. Its first lighthouse was destroyed by a rare storm in 1877. It's currently a tourist attraction as well as a temporary stay for local fishermen. 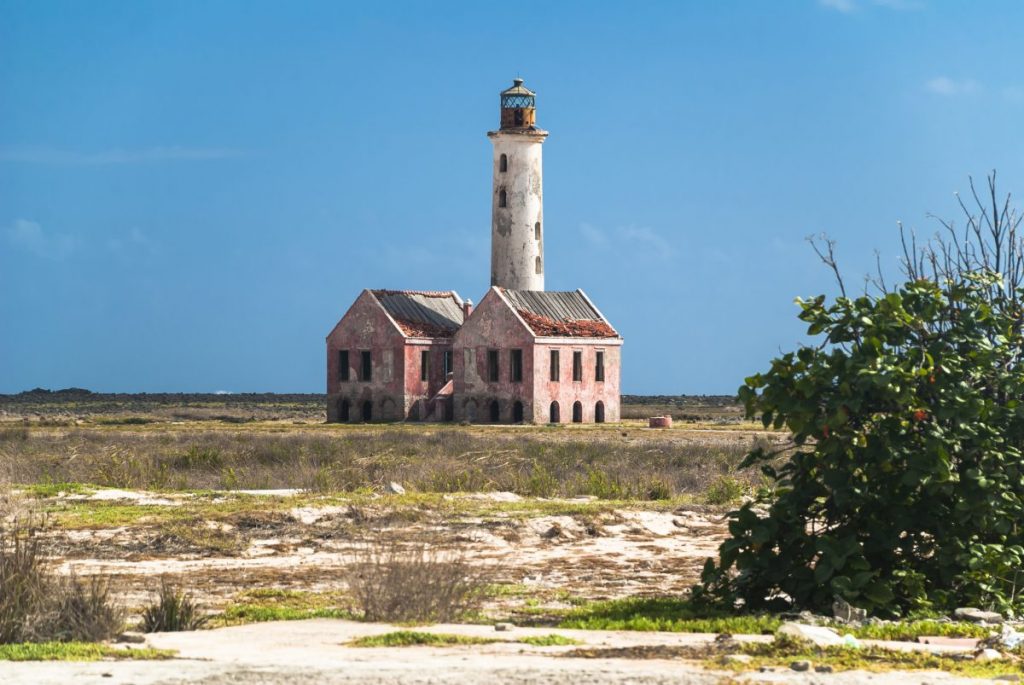 On the western side of the island, just 50 miles from Willemstad, is one of the most popular attractions: Klein Knip, a kid-friendly, free beach. Tourists and locals can snorkel and explore the turquoise waters or lay on the white, sandy beach and drift off. Experienced swimmers who can go the distance can use the beach to access the reef that's farther out. Those looking for a cool spot to eat can buy food or snacks from local vendors and relax under thatched cabanas.

Many people have never heard of the isl. of Curacao, but they have heard of the blue liquor of the same name. The laraha is the descendant of the Seville orange, which the Spanish brought to the island in 1527. The flesh is considered inedible due to its bitter taste, but the aromatic oil extracted from the peel is the main ingredient in genuine Curacao liqueur. In 1896, Senior & Co, a Curacao-based company, started selling its own liqueur, and in 1947, it bought the Landhuis Chobolobo manor in Willemstad to use as a distillery. Senior & Co Curacao liqueur is the only one that can use word "genuine" on its label. The distillery is open for guided tours Monday to Friday from 8 am to 5 pm. 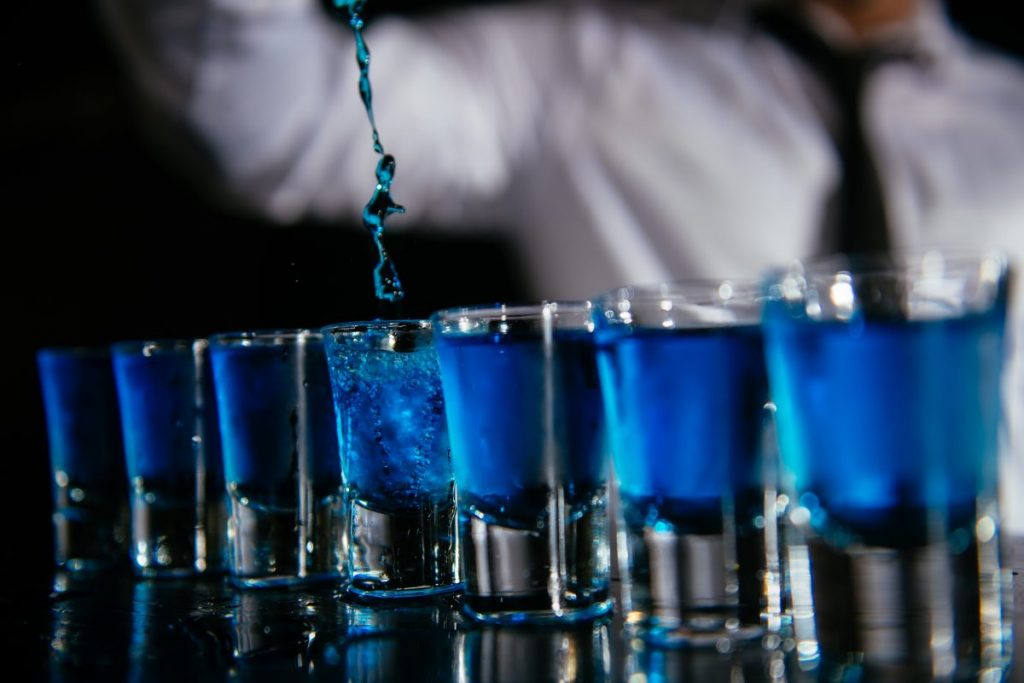 Connecting Punda and Otrobanda, the Queen Emma Bridge was built across St. Ann's Bay in 1888. It's a 548-foot long pontoon bridge with hinges that allow it to open up for ocean-bound ships. From about 1901 until 1934, it was a toll bridge, and people who crossed without shoes were exempt from paying. It's been renovated several times since then, and in 1974, motorized traffic was halted. 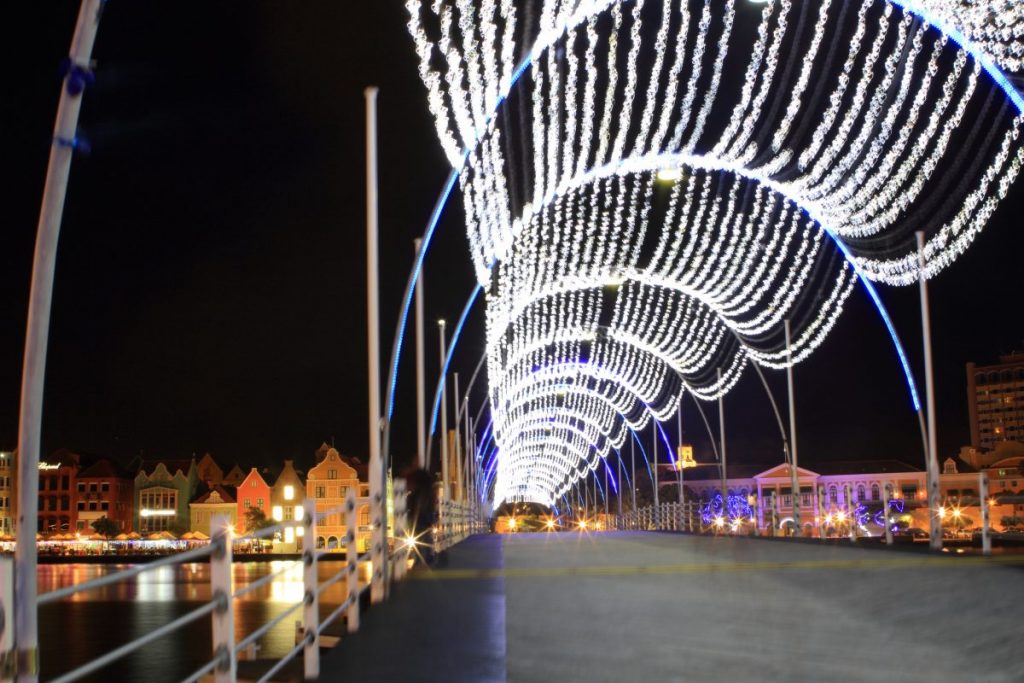 Consecrated in 1732, Synagogue Mikvé Israel-Emanuel is one of the world's oldest synagogues that's still active. Built by the descendants of Dutch-Portuguese Jews who came to Curacao in the seventeenth century, it was the first Jewish community in the New World. The floors of the synagogue are covered in sand, which symbolized the biblical 40-year journey of Jews wandering the desert and muffled the sounds of prayers and singing. Mikvé Israel-Emanuel's museum provides tours and events. 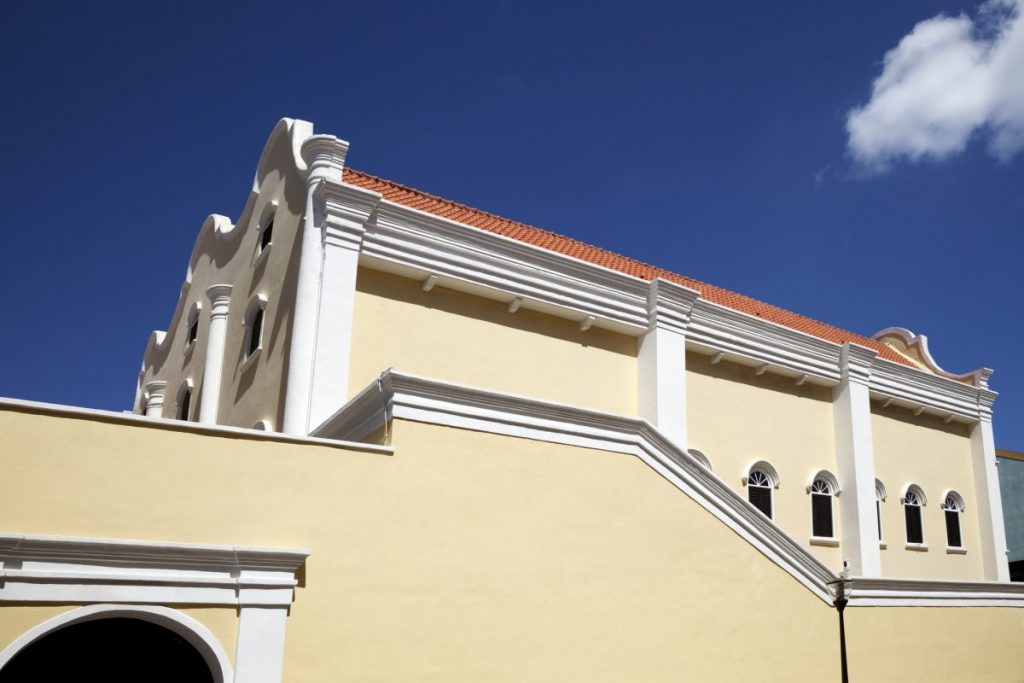 Christoffel park is the largest national park in Curacao, and it has a variety of endemic wildlife. There are eight trails for visitors to choose from that range from an easy stroll to challenging hikes. They include walking through the Plantation Savonet, checking out mahogany groves, and a trek through a Whitetail Deer sanctuary. Some additional activities, include cave excursions, occasional full moon walks, and safaris, depending on times available. 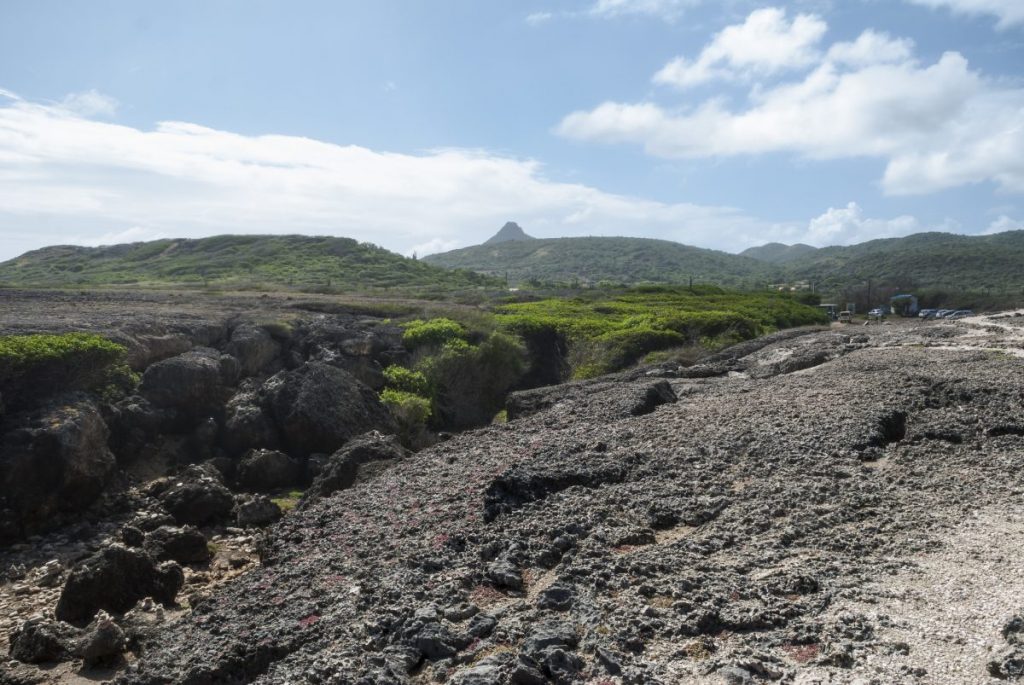 In the Otrabanda region of Willemstad is the Curacao museum. The colonial-style building used to be a hospital. Founded in 1848, its exhibits include pre-Columbian Native artefacts as well as pre- and post-abolition exhibitions. With the arrival of the Spanish in 1499, Curacao became a hub for seafaring vessels. The Maritime Museum traces this history through posters and well-preserved renderings for visitors to see. Both museums are open for guided tours from Monday through Saturday, and tend to have varied schedules depending on cruise seasons. 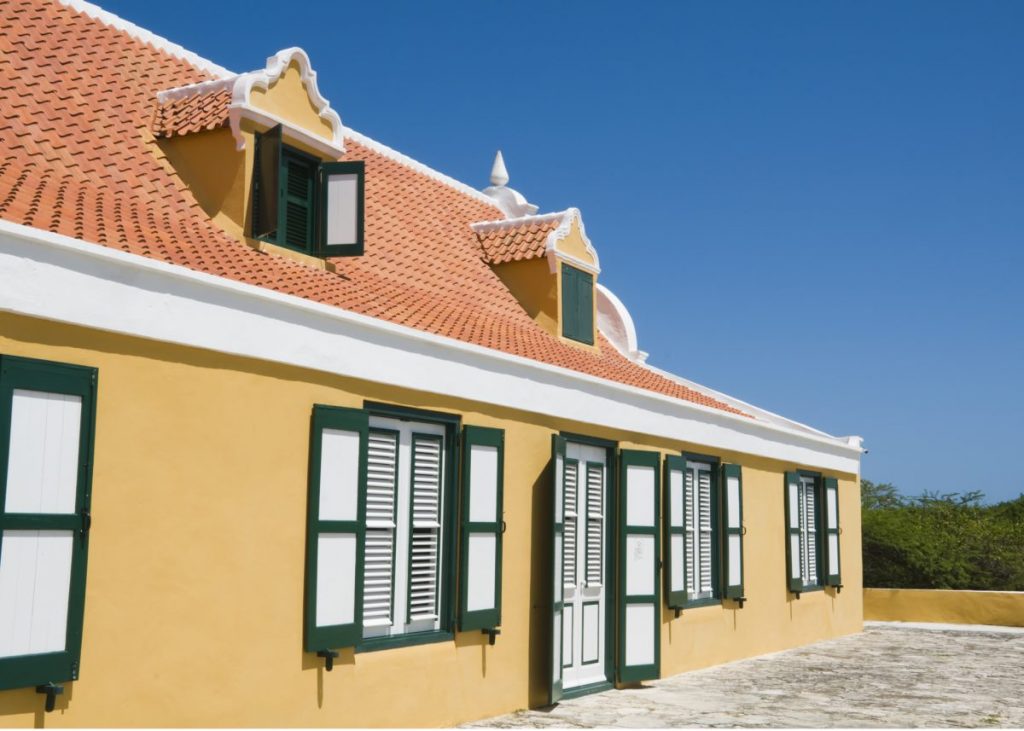 Pietermaai District is often referred to as the “SoHo” of Curacao. It's a trendy design district that began as a residential area. It was said to be named after Dutch Captain Pieter de Meij who sailed to the island in the 1670’s. During the 18th and 19th centuries, wealthy merchants built it up, but during the late 20th century, it became unsafe and dilapidated, prompting residents to move. Today, most of the neglected buildings have been restored, and it has become a place for fine dining, nightlife, and entertainment. 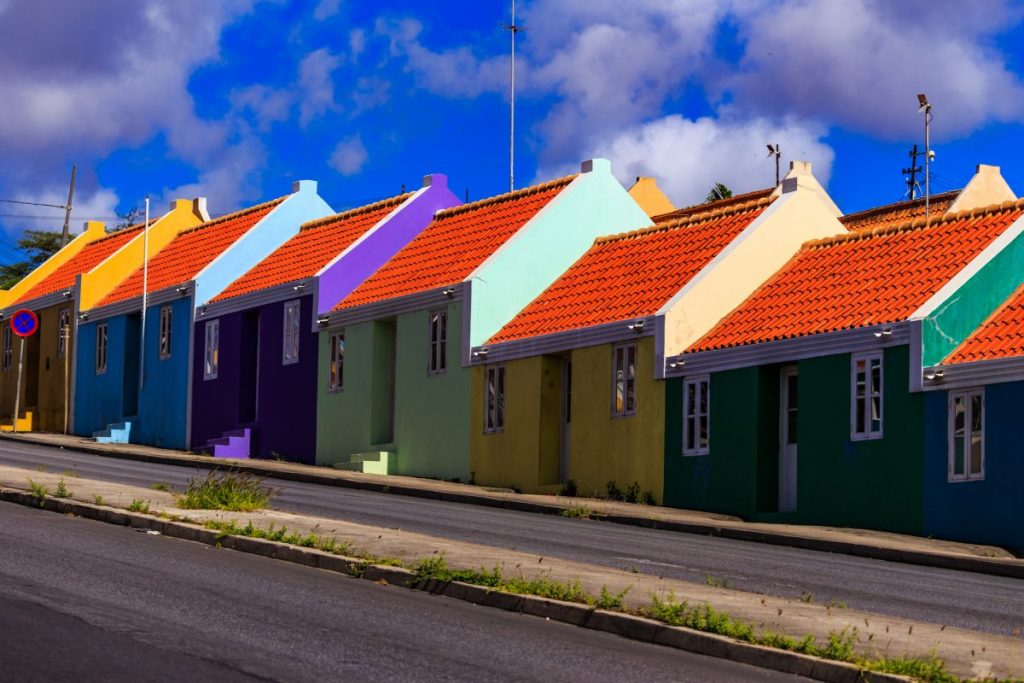 Less than five minutes from Curacao's National Airport are the Hato Caves. For hundreds of thousands of years, the caves have been shaped and formed by nature. According to its drawings and petroglyphs, Amerindian Arawaks and Caiquetio Natives inhabited the caves as early as 1,500 years ago. More recently, it was used as a hiding place for runaway slaves and abolitionists. In 1991, the caves opened to the public and visitors can enjoy guided tours between 9 am and 4 pm. 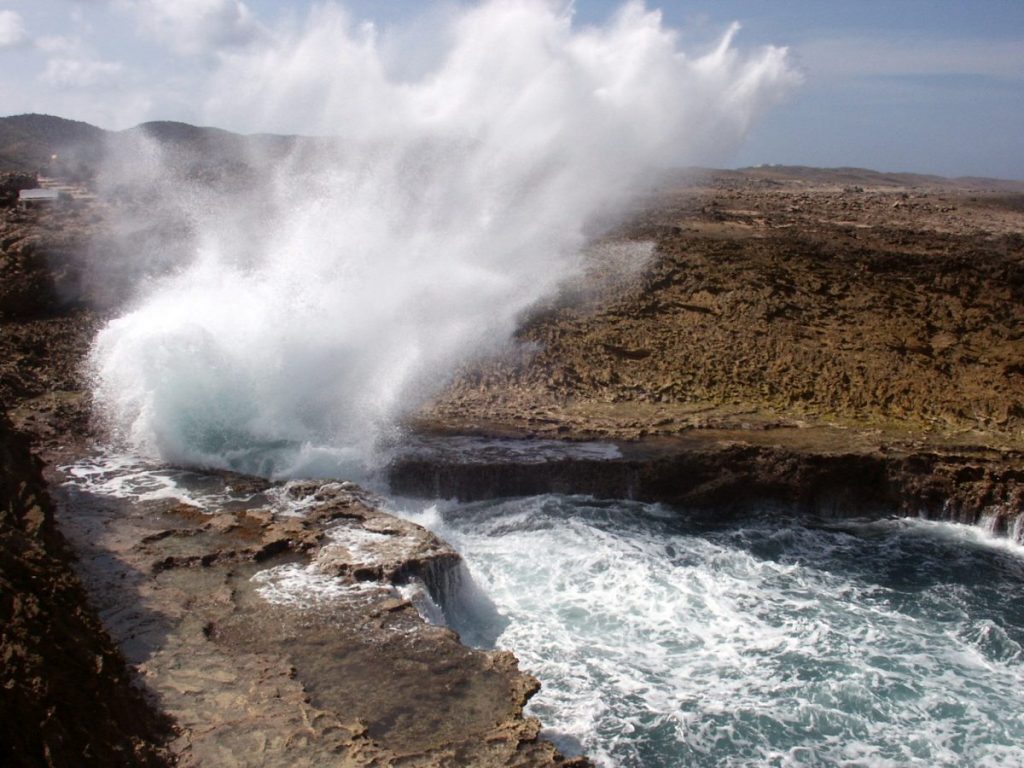