What To Do In Phnom Penh, Cambodia

Phnom Penh is the capital city of Cambodia, in Asia. Cambodia is similar in some respects to the neighboring country of Thailand, yet drastically different in other ways. Similarities include some cuisine, the climate and weather, and ubiquitous tuk-tuks. However Cambodia has had a much darker history than its bordering countries, and the scars are still visible today. Phnom Penh and the surrounding area is an ideal introduction to Cambodia and a base from which to explore.

Phnom Penh means Hill of Penh, named for a woman named Daun Penh. The legend says she discovered statues of the Buddha inside a tree floating in the River. Penh built a shrine to house the relic she found, and the city grew up around the shrine. Today you can visit the site now known as Wat Phnom.

Phnom Penh is an interesting city to explore. As well as the expected Buddist temples there are many architectural beauties from the French Colonial era. Find the stylish Raffles Le Royal, established in 1929. The hotel welcomed the likes of W. Somerset Maugham, Charles de Gaulle, and Charlie Chaplin and it's a pleasant spot for a drink today.

For something more modern, go to Legend Cinemas. The theater shows Western movies for $3 USD and sometimes 3D films for $4 USD. 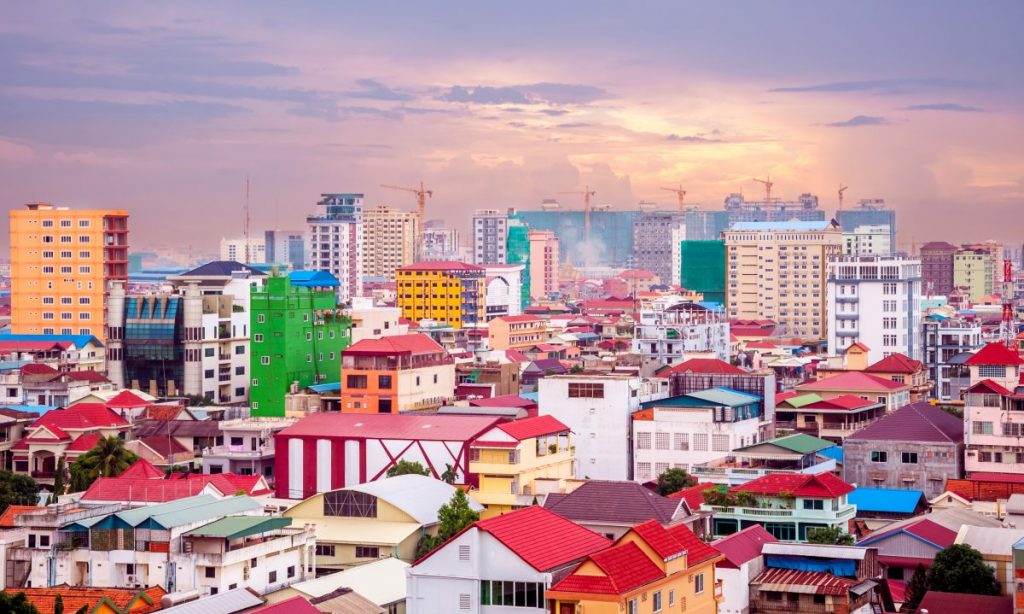