Unique Things to do in Prague

If you’re looking to travel to a place that could very well be a fairytale kingdom, there’s no better option than Prague. Prague is an astoundingly historical city with most of its heritage preserved rather than overtaken by modernism. Easily rivaling some of the most beautiful cities in Europe, there is more to the gem of the Czech Republic than meets the eye. With its winding, medieval streets and exceptional architecture, you’d be a fool not to be touched as soon as you set foot there.

Drink some of Prague’s delicious beer

Belgium might be a mainstay for delicious, European beer, but Prague is right up there with it. Ask any Czech, and they'll tell you that their beer is the best in the world. Order a pint, and you'll be in full agreement with them in one or two sips. There are breweries and bars all over the city, with some of the best being hidden away for you to find. If you're a beer drinker, you'll never be the same. If not, you might as well try one anyway. After all, it's as they say: When in Rome. Or, well, Prague. 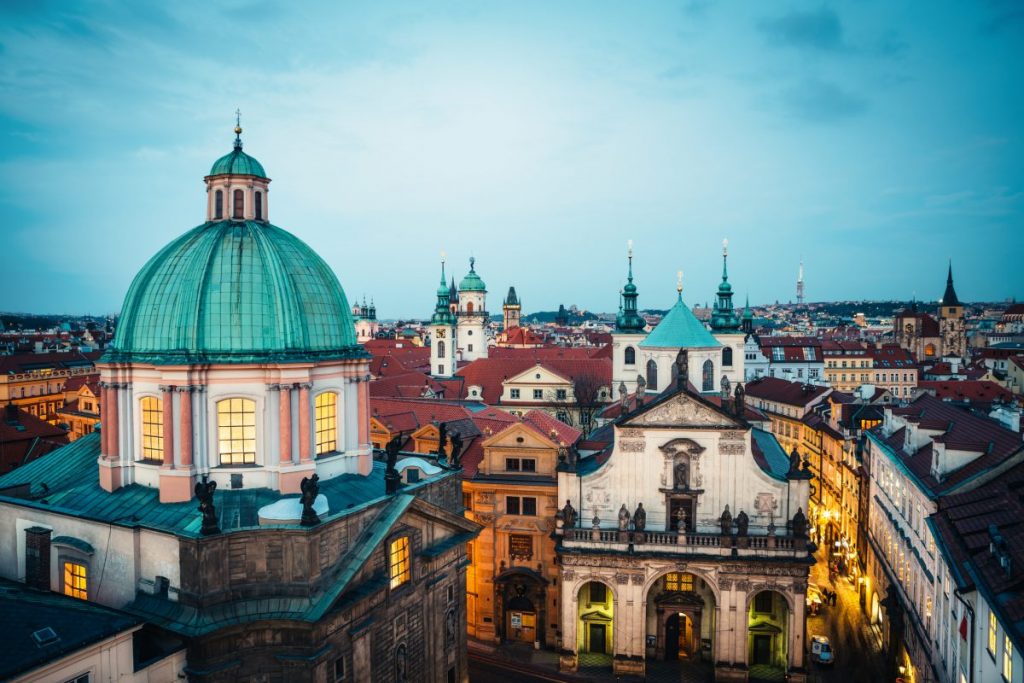 You'll also find some great beer gardens in Letna Park. This park is a wonderful reprieve for when you’re craving a little bit of solitude. Located on the steep embankment of Letna Hill, the park also offers its visitors one of the most stunning views over the city. Many of the photographs taken of the Prague skyline are actually taken from Letna Park, so don't forget to bring your camera. 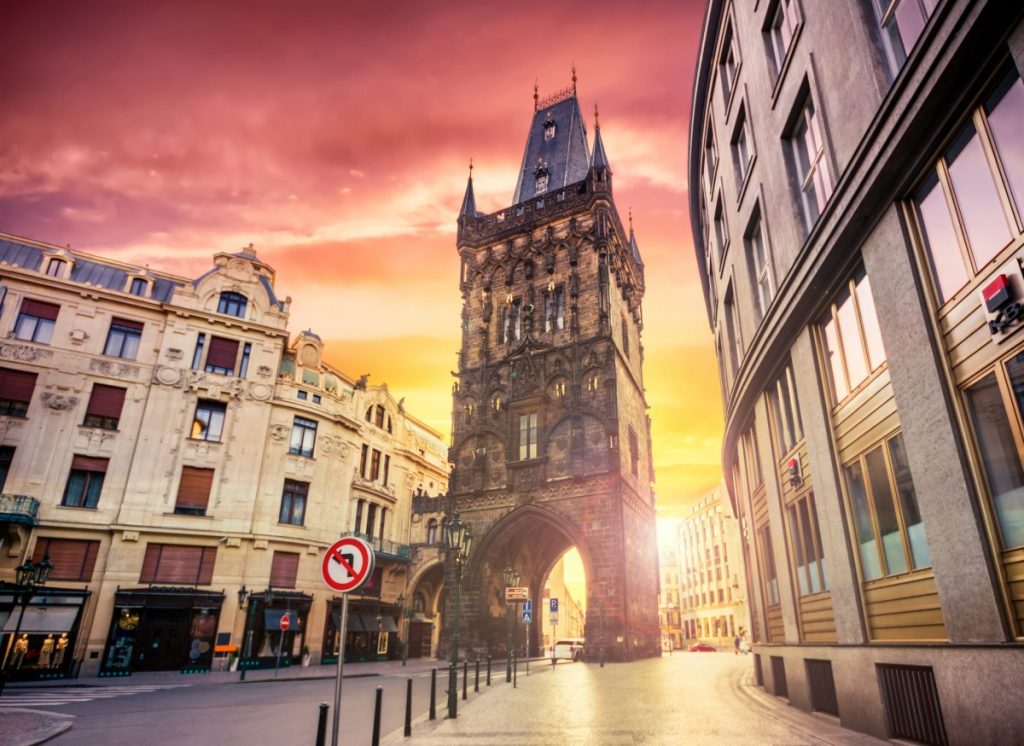 Marvel as the astronomical clock meets the hour

Prague's mechanical astronomical clock dates back as far as the Charles Bridge and has been the pride of the city ever since. It's also been the center of many folk tales, one of the most prominent being that of its curse. According to legend, if the clock stops, bad times lie ahead for the city. Legends aside, the Old Town clock can be found on the south-facing side of the town hall, and seeing its hourly spectacle is a must. 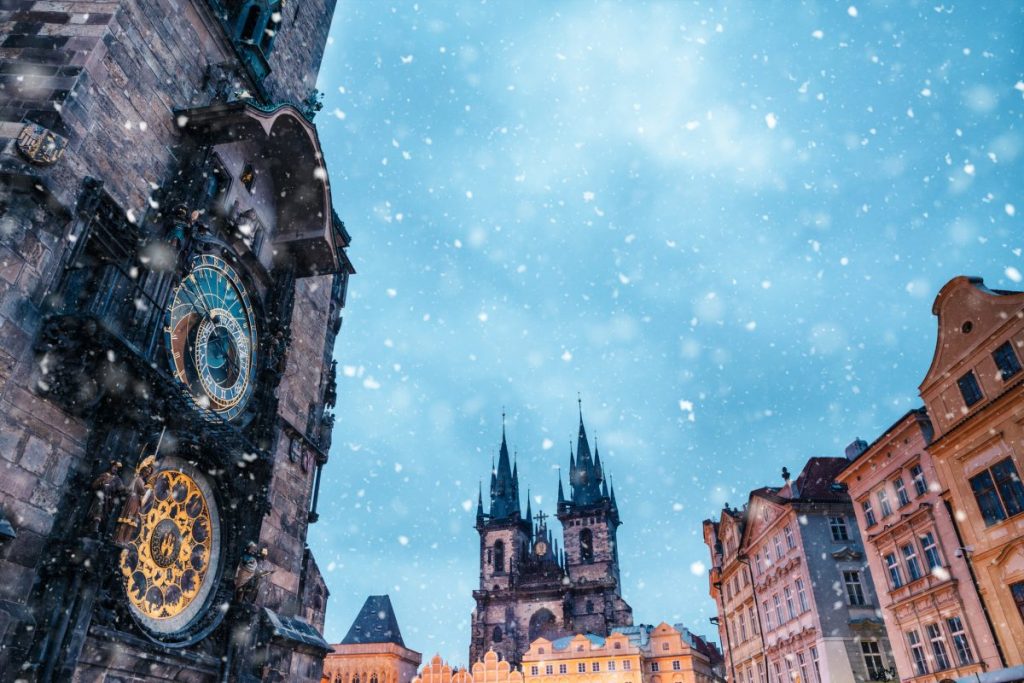 Take in the historical pavement of the Town Square

Believe it or not, Prague's main square has remained largely untouched since the 10th Century. While much has changed in the world at large, this pocket of Czech history is as incredible now as it always has been. The Old Town Square is a tourist hotspot, but it's with such a good reason that you might not even notice. As well as this being where you'll find the astronomical clock, you'll also discover dozens of restaurants, street performers, and artists. 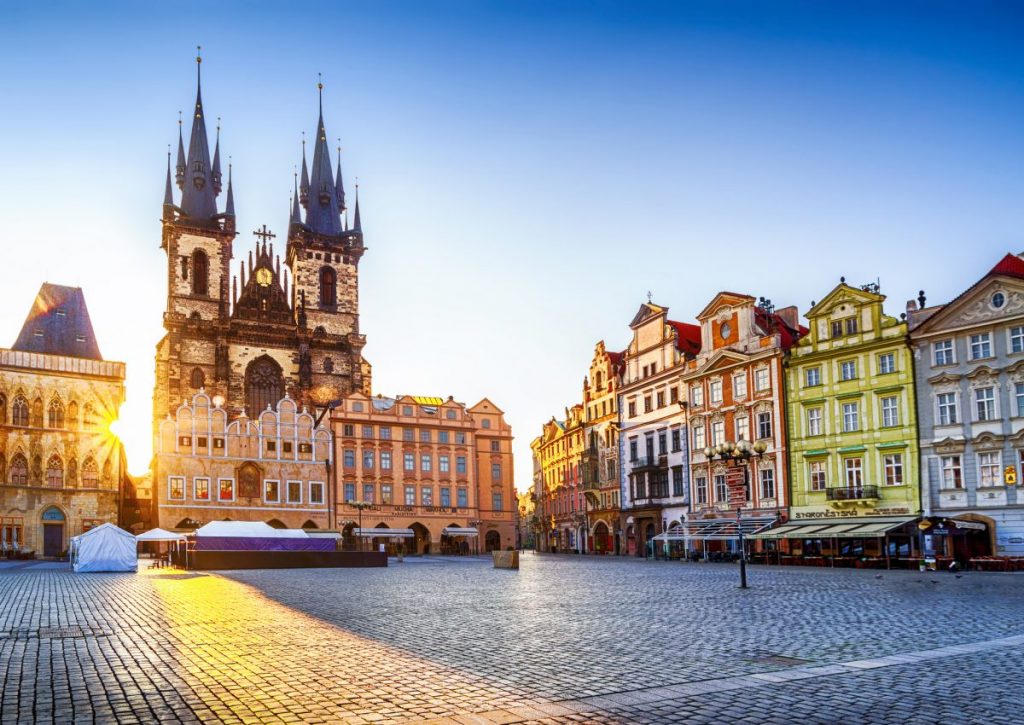 Walk the length of the Charles Bridge at sunrise

Waking up early is hard to do on vacation, but doing so just once can allow for the most memorable of moments. The Prague skyline is unlike any other, and this 14th-century bridge is one of the most recognizable parts of the city. Although a stroll across the Charles Bridge will never go to waste, no matter the time of day, to see it as the sun comes up is a wholly unique experience. Through the haze of dawn, the silhouettes of its stunning statues will both haunt and inspire you. 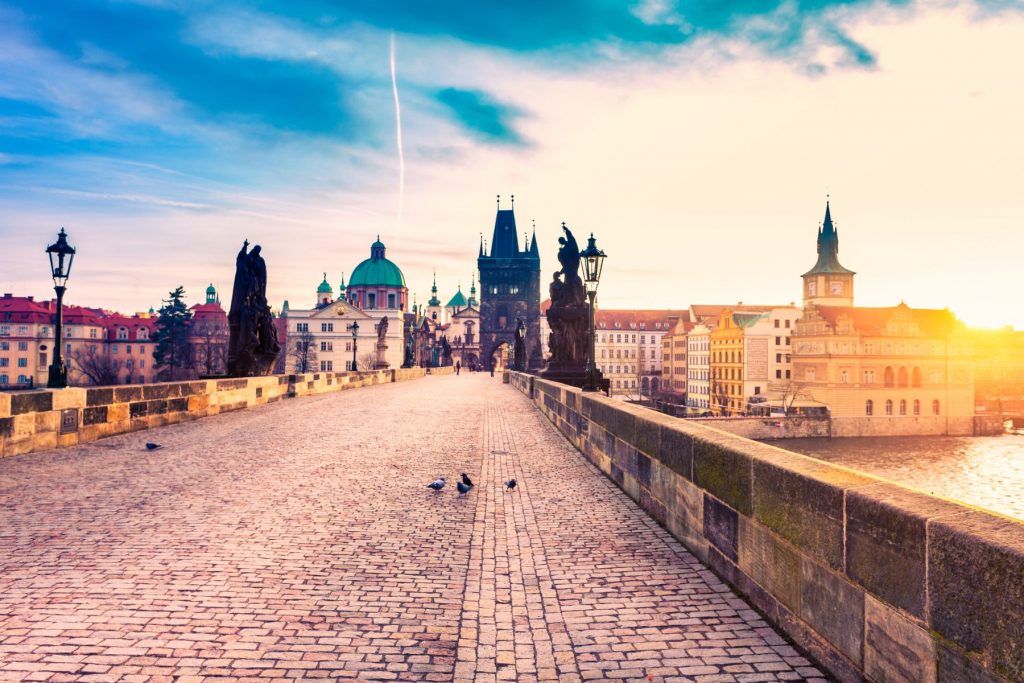 Enjoy a picnic behind Prague Castle

Known in English as "Stag Moat," Jeleni Prikop provides another option for less-crowded strolls. What was once the location of Prague Castle's moat, this gorgeous slice of nature appears to stretch on forever. This hidden gem is beautiful at any time of year, but taking a picnic there just after the height of summer is a necessity. 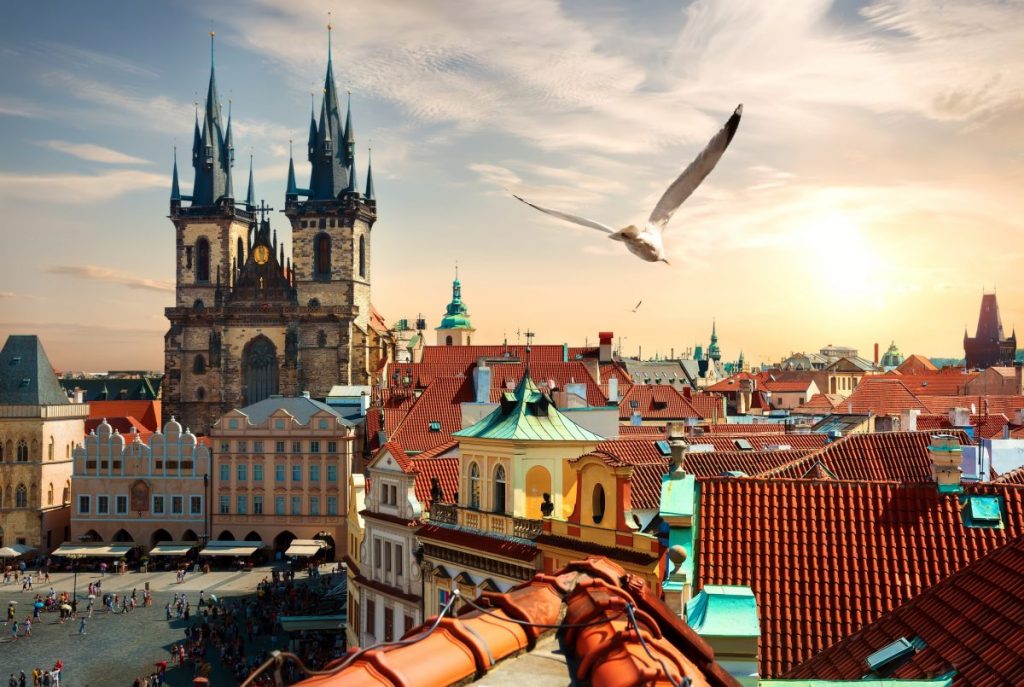 Take a riverboat tour along the Devil’s Stream

An offshoot from the Vltava River, this narrow channel runs through some of Prague's tightest streets. On it, you'll get to see some of the city's best sights. There is nothing more relaxing than an underrated piece of a city as steeped in history as Prague, and we'd put money on a lot of tourists not knowing that this little stream is even there. Additionally, if you've got a good eye, you might also see the Grand Priory Mill and its resident water goblin statue. 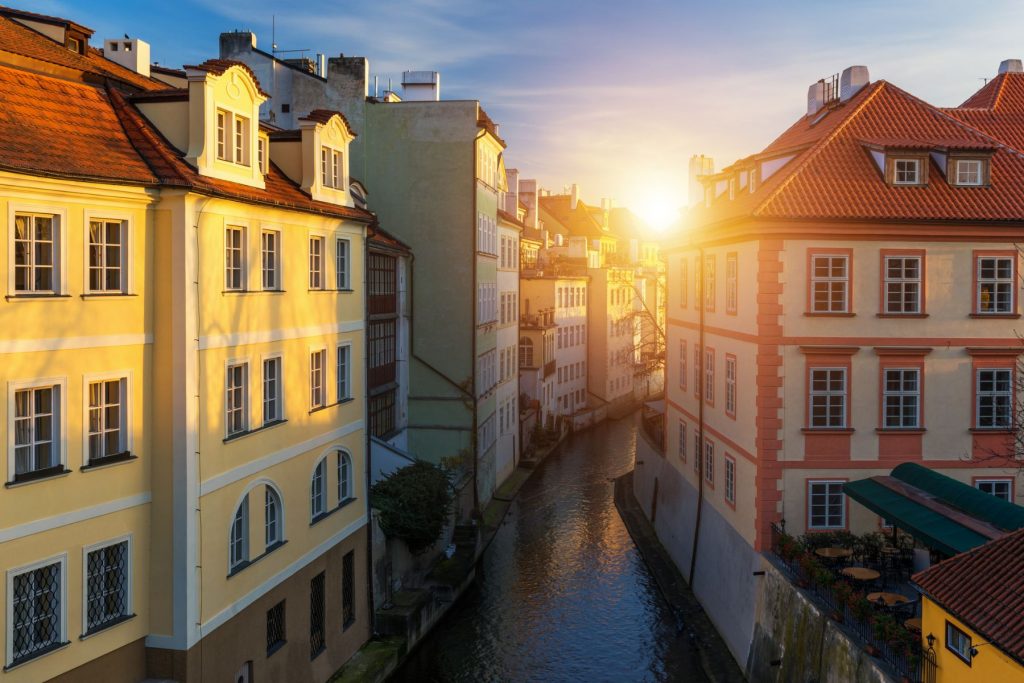 Prague has no shortage of churches, but the neo-Gothic St. Vitus Cathedral is the pinnacle of the city's architectural glory. Located beside Prague Castle, St. Vitus is the most important holy temple in the city. Its spires tower above the city and might even be exactly what you picture when you close your eyes and think of Prague. The Cathedral and its castle are found on the top of a hill overlooking the Vltava River and surrounding hamlet, which is an incredible sight. If you're feeling daring, you can also climb to the top of the tower. 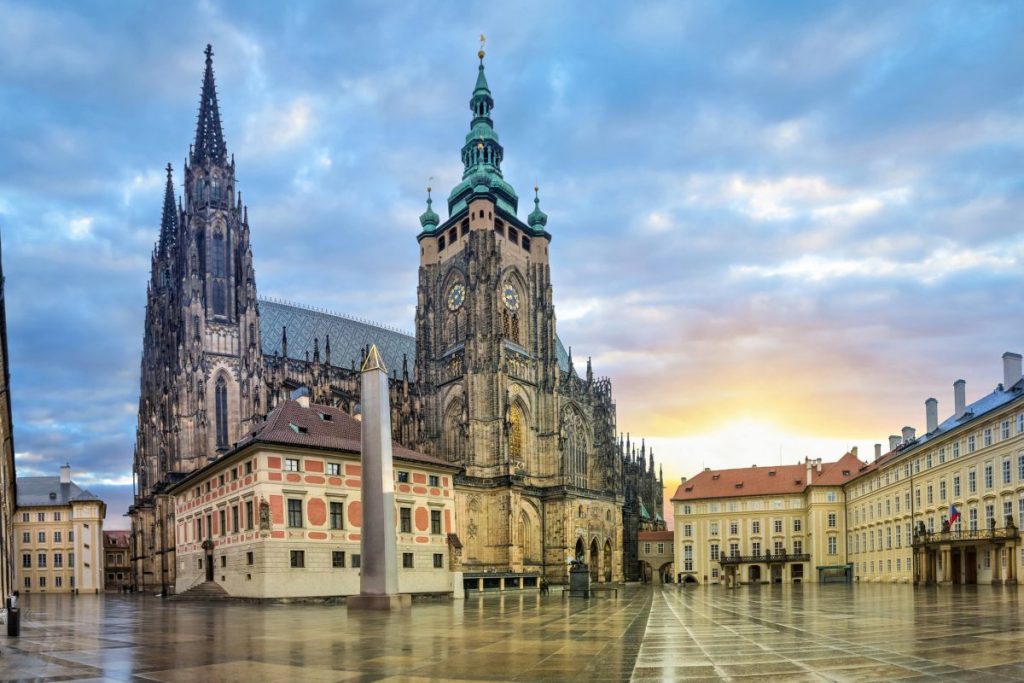 Visit the Church of Our Lady Before Tyn

Another impressive sample of Prague's architecture is the Church of Our Lady Before Tyn. If St. Vitus is the main feature of Prague Castle then this church is the main feature of the Old Town. Its recognizable Gothic towers can be seen from almost everywhere in Prague and never fails to make for an exceptional photo. Although its entrance can be found in the middle of a shopping arcade, it's well worth heading inside, too. Why not check out one of the classical concerts that are held there during the summer? 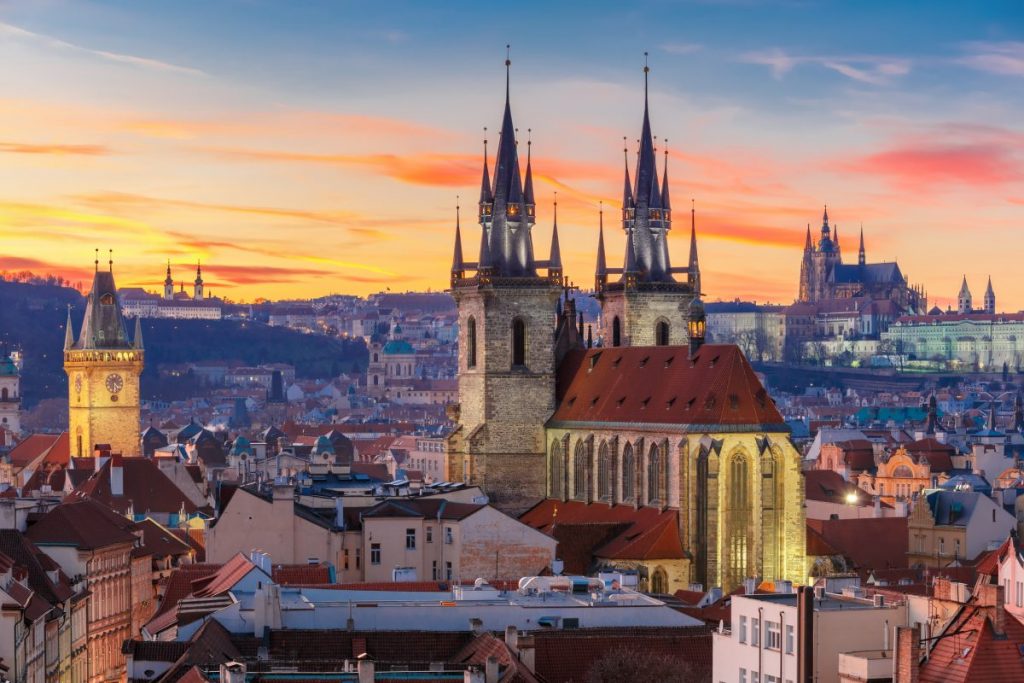 Stroll around the backstreets of Mala Strana

On the opposite side to the river to the Old Town, you'll find the backstreets of Mala Strana. These streets were built much later than those on the other side of the river, but are no less inspiring to explore. Amongst these streets, you'll also find a baroque-style square which has small, independent shops and plenty of traditional Czech fare to fill your tummy. Perhaps the best part of it, which appears to be something every attraction in Prague has to offer, is the view. 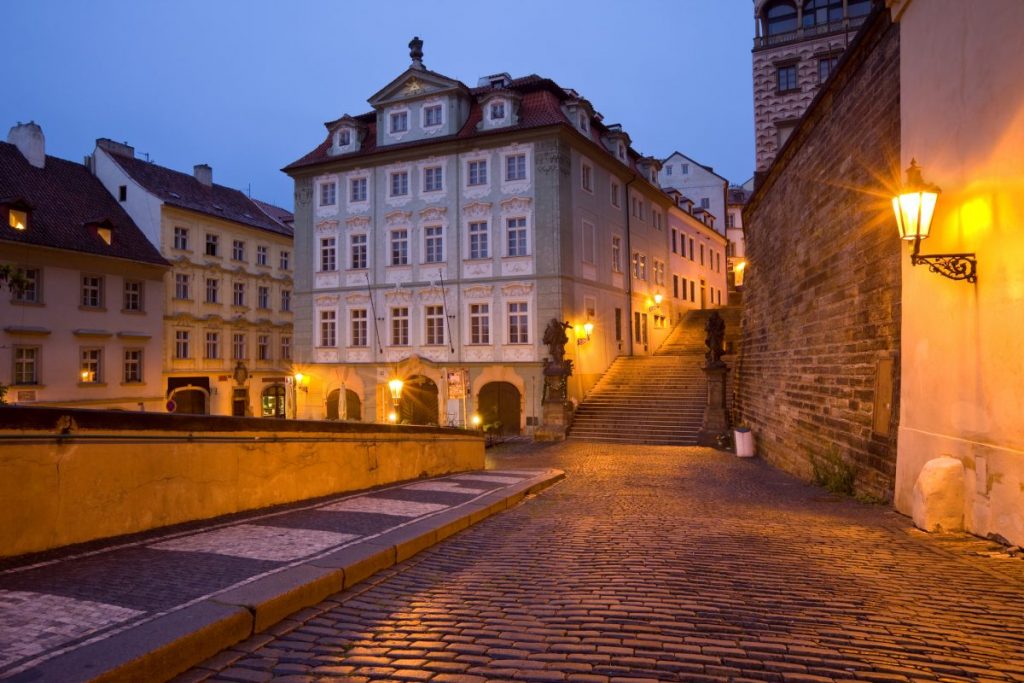