Unforgettable Things to See and Do in Uzbekistan

For travelers searching for a hidden gem, Uzbekistan is the ideal destination. The country is rich with history, culture, and beautiful landscapes. It's also got its fair share of shopping opportunities. There's something for every type of traveler. Although the prospect of paying for an international flight may be daunting, once travelers get to Uzbekistan they usually find that most things are inexpensive. The low cost of living in Uzbekistan increases spending power for westerners, even on modest budgets. That means Uzbekistan a great place to visit without breaking the bank.

Samarkand, an Uzbek city near the Tajikistan border, is home to the Registan. This historic site is a typical example of Uzbek architecture. Building in this style are traditionally designed with domes, mosaics, and arched doorways. If you're into art or history, the Registan is a good place to start. At night, visitors may be treated to a light and sound show that highlights the building's impressive architecture. 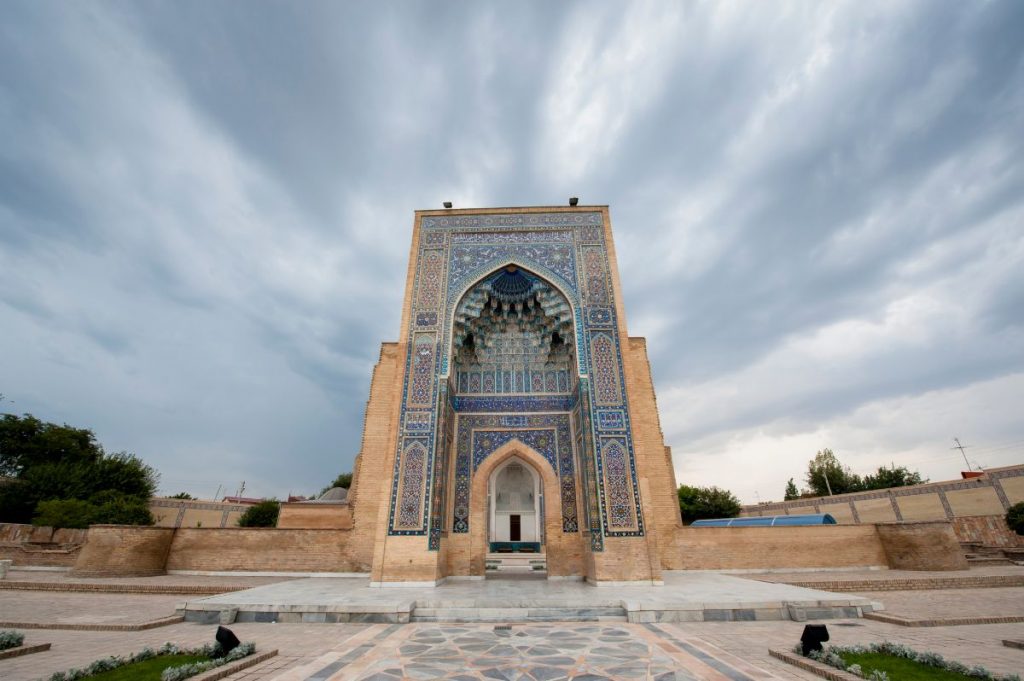 Like the Ragistan, the Shah-I-Zinda is in Samarkand. This necropolis is a must-see for history buffs. For those who don't know what a necropolis is, it's an ancient Greek term that means 'City of the Dead'. Basically, Shah-i-Zinda is a giant cemetery, made up of temples and mausoleums that date back to the 9th century. The site has continued to grow throughout history. The newest additions were made in the 19th century, which means architecture and design enthusiast can see how styles have changed over the century. 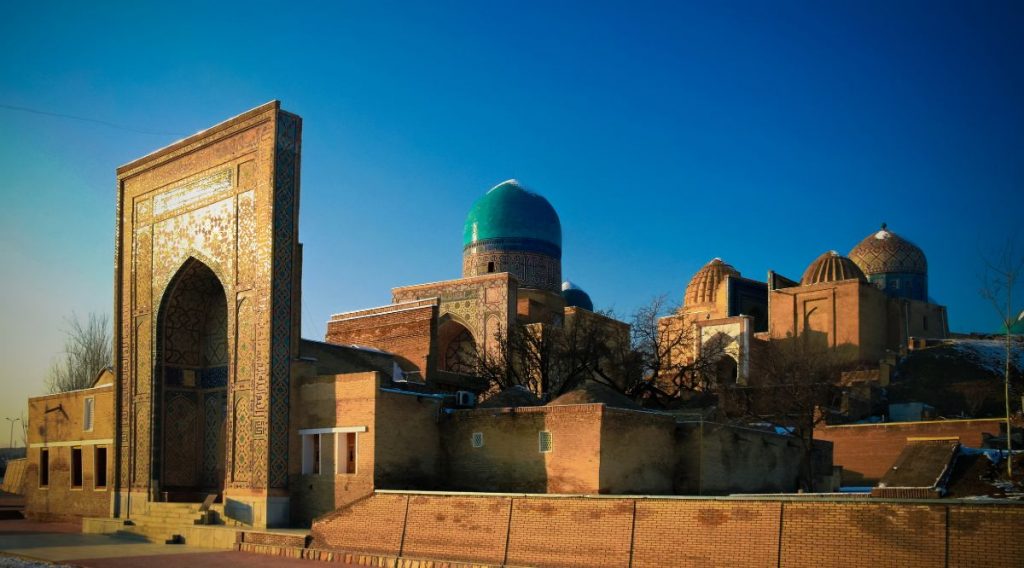 For an authentic Uzbek experience, visit the Siab Bazaar in Samarkand. The market is full to the brim with locally grown fruits and vegetables. Get a bite to eat and shop for hand-made goods. In addition to being well known for produce, Siab Bazaar is famous for spices, and bread. There are more than 17 kinds of bread for sale in Siab. Yes, you read that correctly. Seventeen kinds of bread! 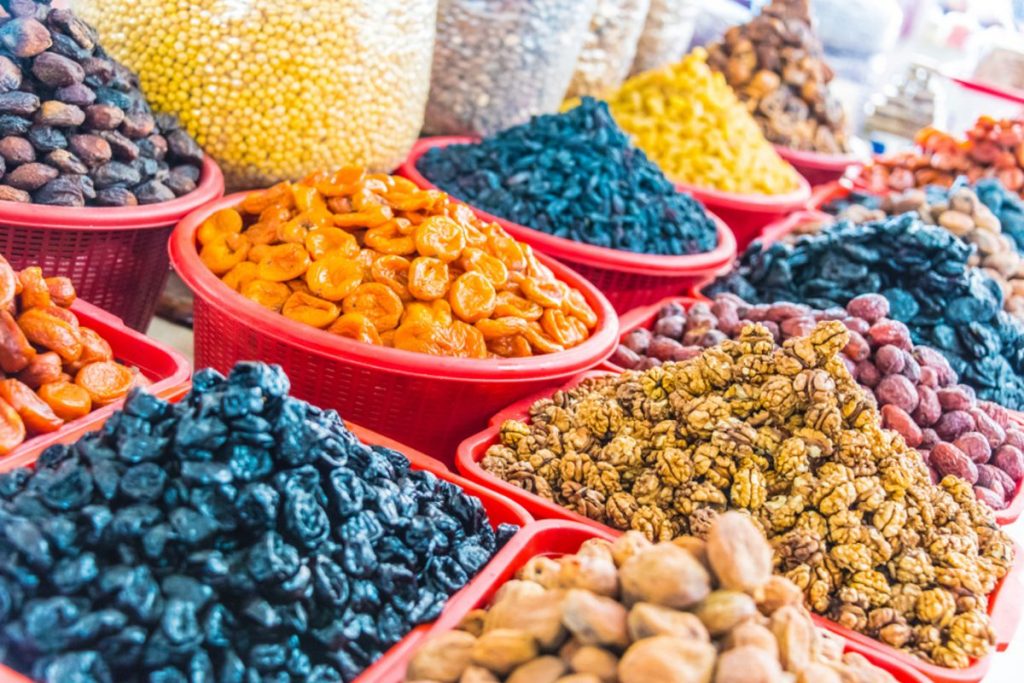 What's better than a picturesque lake surrounded by mountains? Not much. Lake Charvak is a great place for relaxing by the shore. It's also a well-known paragliding destination. Whatever you plan on doing in lake Charvak, be sure to appreciate the cute lakeside villages, like Yusufhona. The little town sticks out into the lake, so it's surrounded by water on three sides. 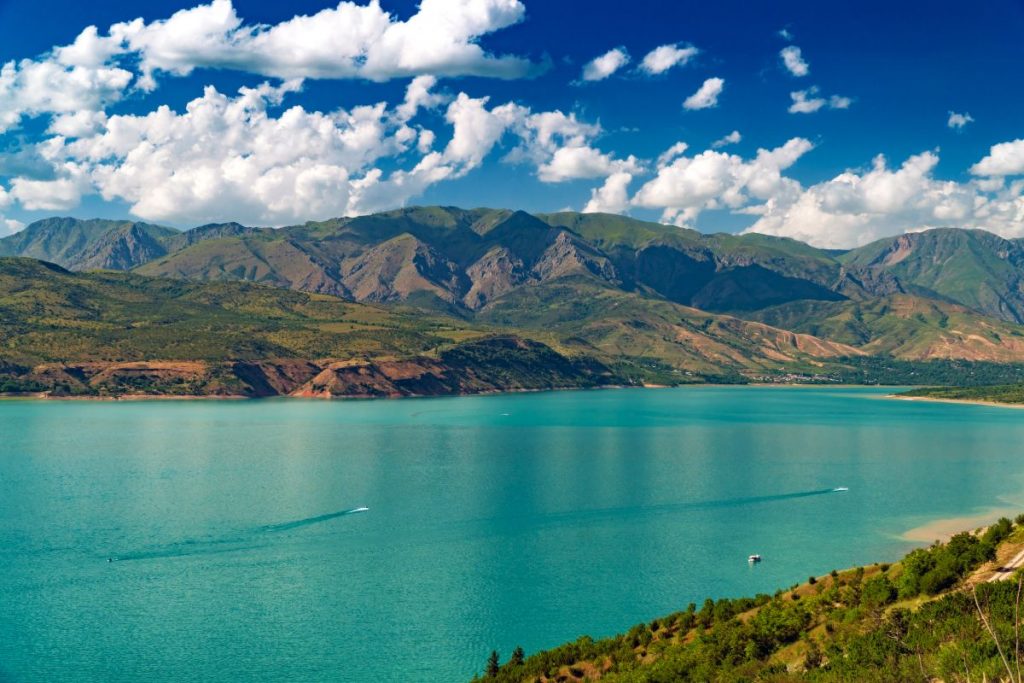 Tashkent is the capital of Uzbekistan. The city is more active than Samarkand, and here the ancient, traditional Uzbek architecture is mixed with Soviet-era buildings and monuments. Amir Timur square offers a glimpse at Uzbekistan's Soviet side. All the buildings surrounding the square have historical significance. The statue in the middle is an image of Amir Timur, a famous Uzbek conqueror. 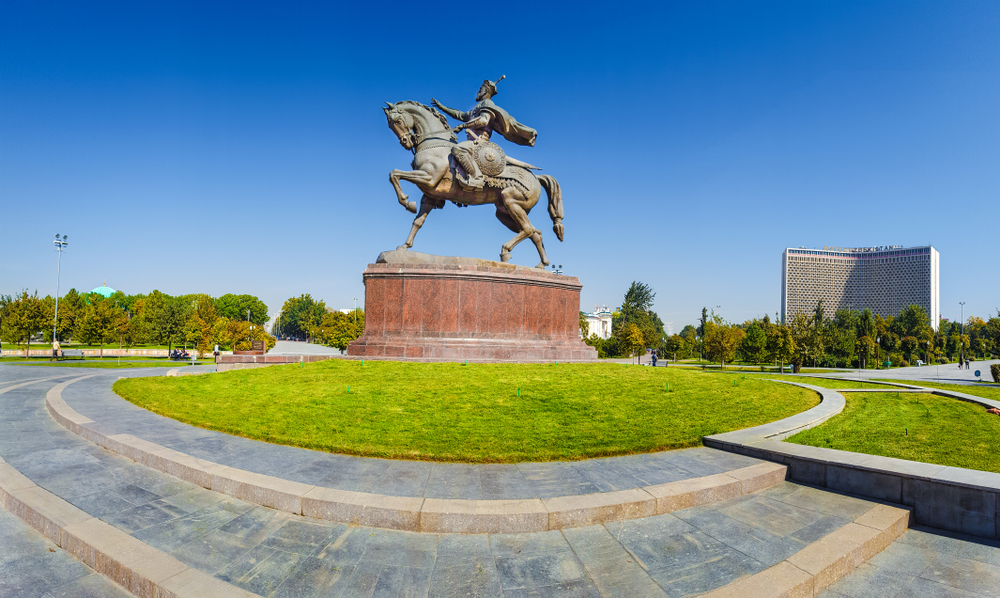 This market is a great shopping destination. You can find almost anything there. The bright blue-domed building the market is housed in is an impressive sight, so stop by even if you don't need to do any shopping. If you're thinking of picking up some souvenirs, remember that haggling is expected. 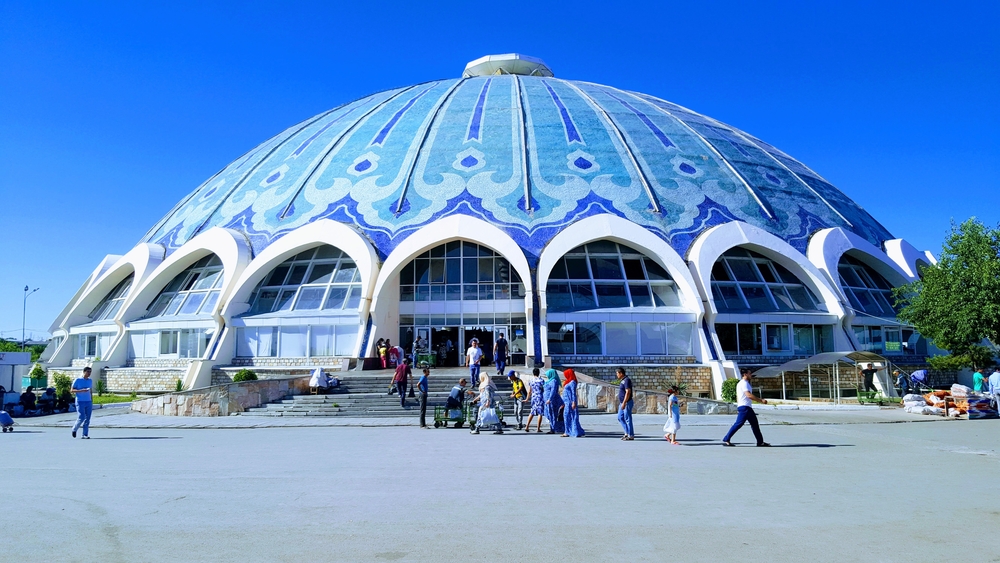 Plov is Uzbekistan's most popular dish and can be found all over the country. It's basically rice pilaf, but when it's made the Uzbek way it just tastes better. Typically the cook throws in onion, carrots and some kind of meat, usually mutton or lamb. Uzbek chefs take great pride in feeding as many people as necessary from the same big pot 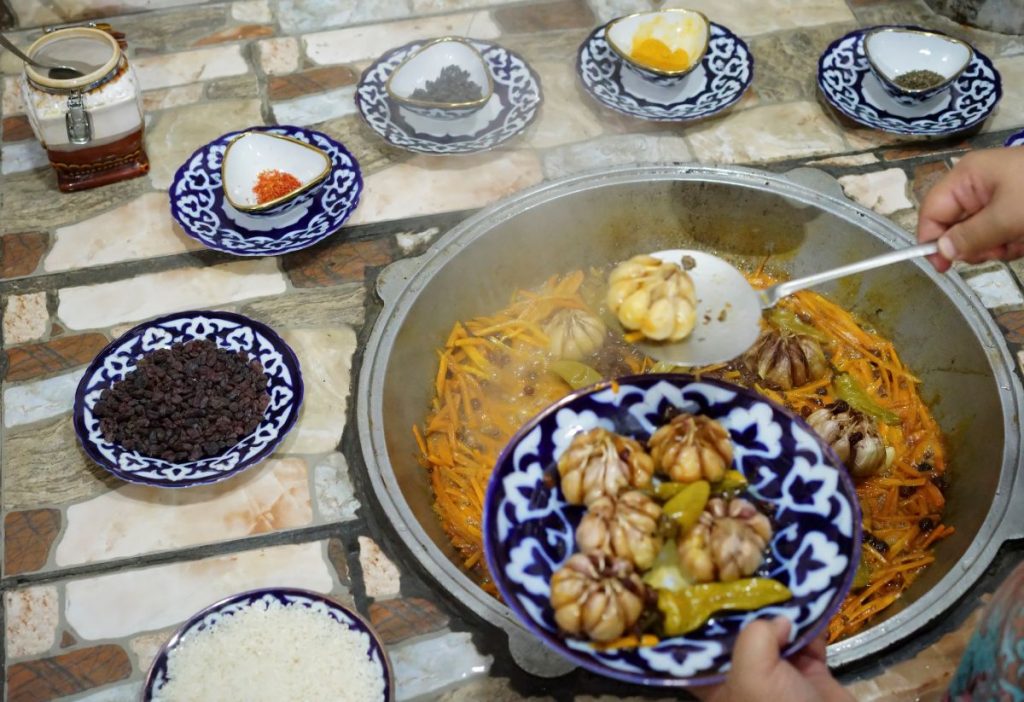 Stay in a Traditional Yurt

It's camping the Uzbek way. The original inhabitants of Uzbekistan were nomadic people who lived in yurts. Yurts are circular tents, but they're more substantial than the tents westerners use for camping. When it's time to move on, the yurt can be packed up and moved. If you're interested in staying in a traditional yurt, there are plenty of places to do that in Uzbekistan. It's also pretty inexpensive. 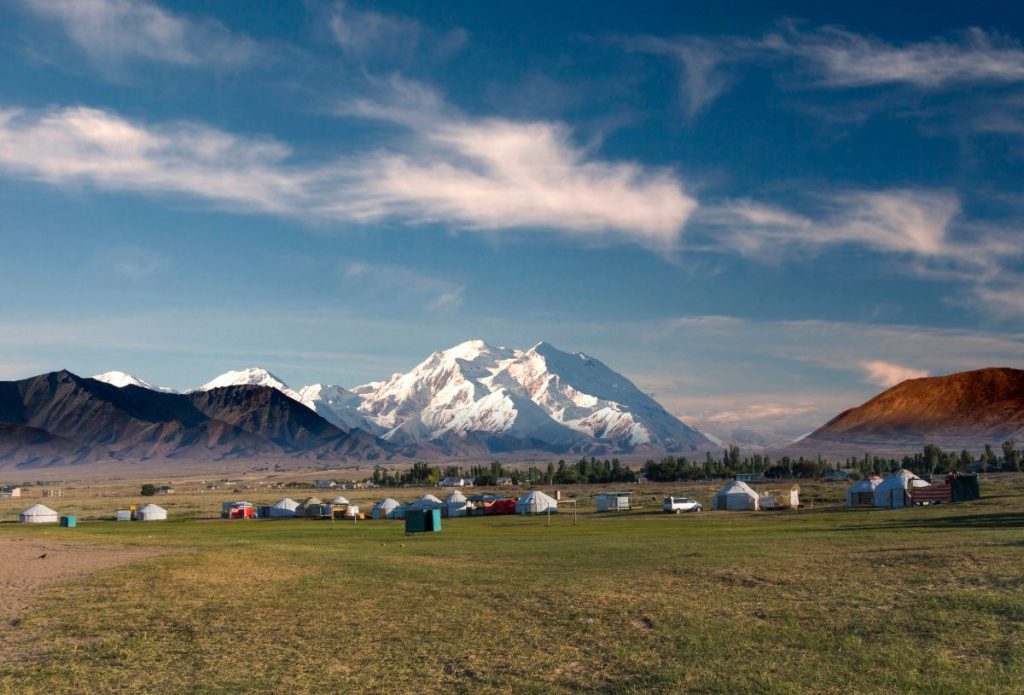 Kick it in a Cafe

Uzbekistan is full of history, ancient architecture, and exciting outdoor adventures. That doesn't mean there's nothing modern to do, though. Tashkent has great cafés, many of which serve quality coffee and great sweets. There are also vegetarian restaurants and pizza places for anyone looking for a more Western meal. 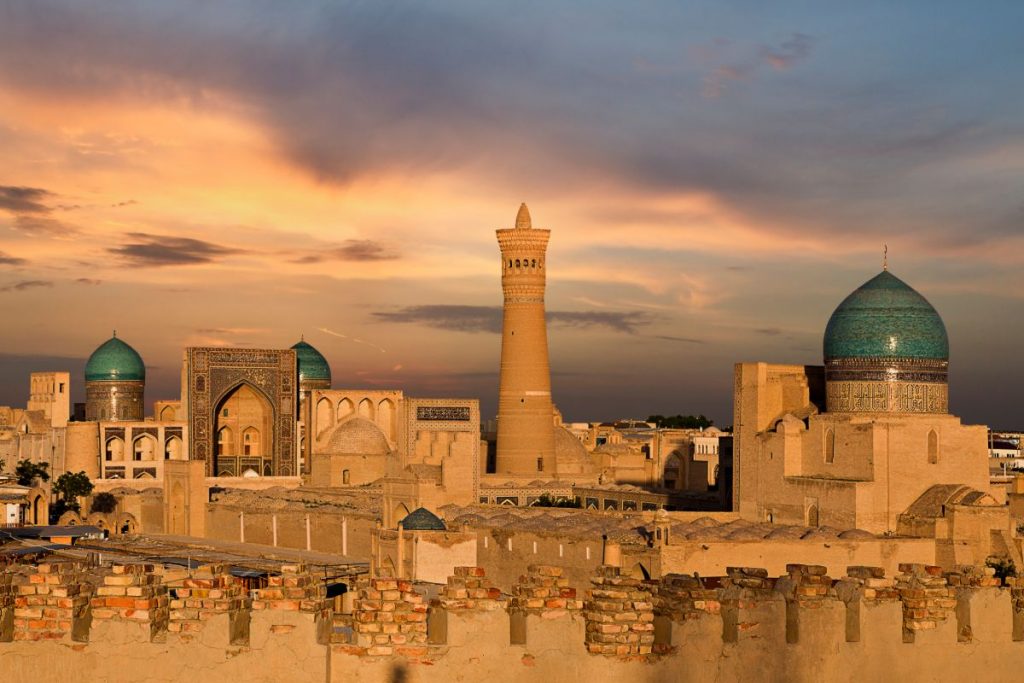 Not many people ever see what has been described as a cemetery of ships. That's what Moynaq offers, and although it's somewhat grim, it's perfect for anyone who's interested in unusual, off the beaten path sightseeing. Moynaq was a seaside town, but when the tributaries that fed the sea were diverted to irrigate cotton, the sea dried up. Now, the town is surrounded by desert. Visitors can see camels walking among the abandoned ships, which now sit on top of sand. 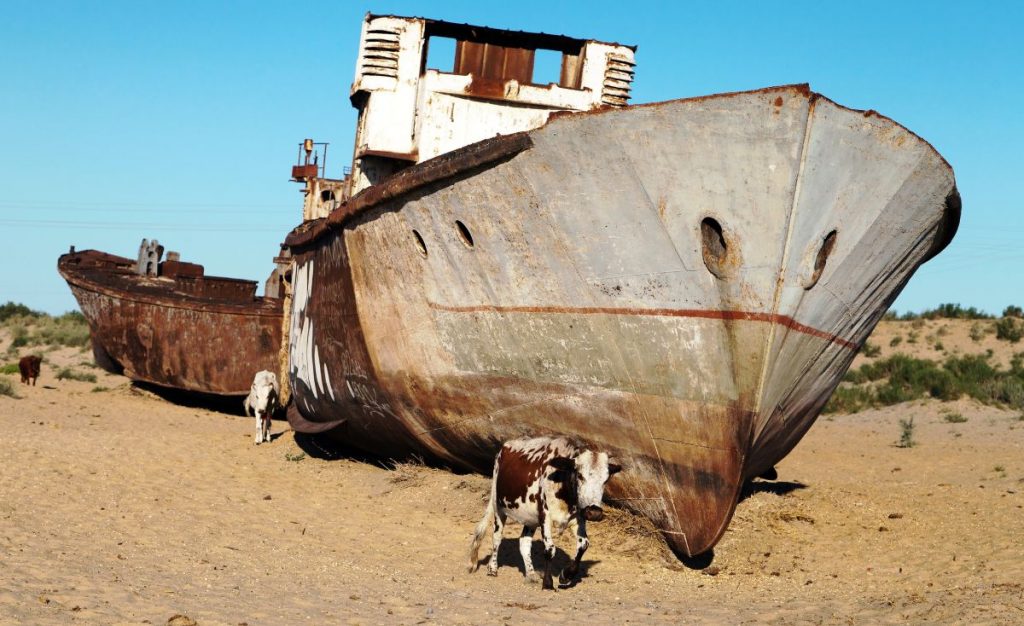 Located near Khiva, close to the Turkmenistan border, lie the most interesting archeological ruins of the modern era. The ruins date back some 2,000 years. They're still being explored, but visitors can see some of what's been discovered so far. The place is pretty remote and may be difficult to get to. It's a great way to see an interesting archeological site and rural Uzbekistan at the same time. 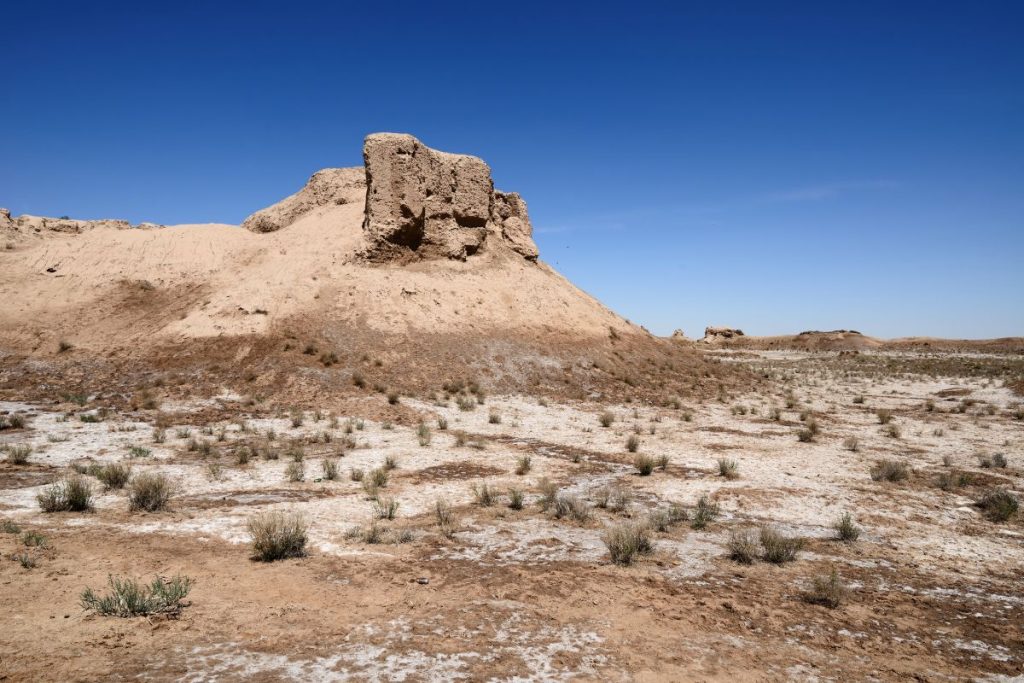 Plov is all over the place in Uzbekistan, but Shivit Oshi can only be found in Khiva, along the Turkmenistan border. They say you eat first with the eyes, and if that's the case then these bright green noodles taste delicious. The locals here infuse their pasta dough with dill, which makes the noodles green. They usually serve it with beef stew and yogurt sauce. 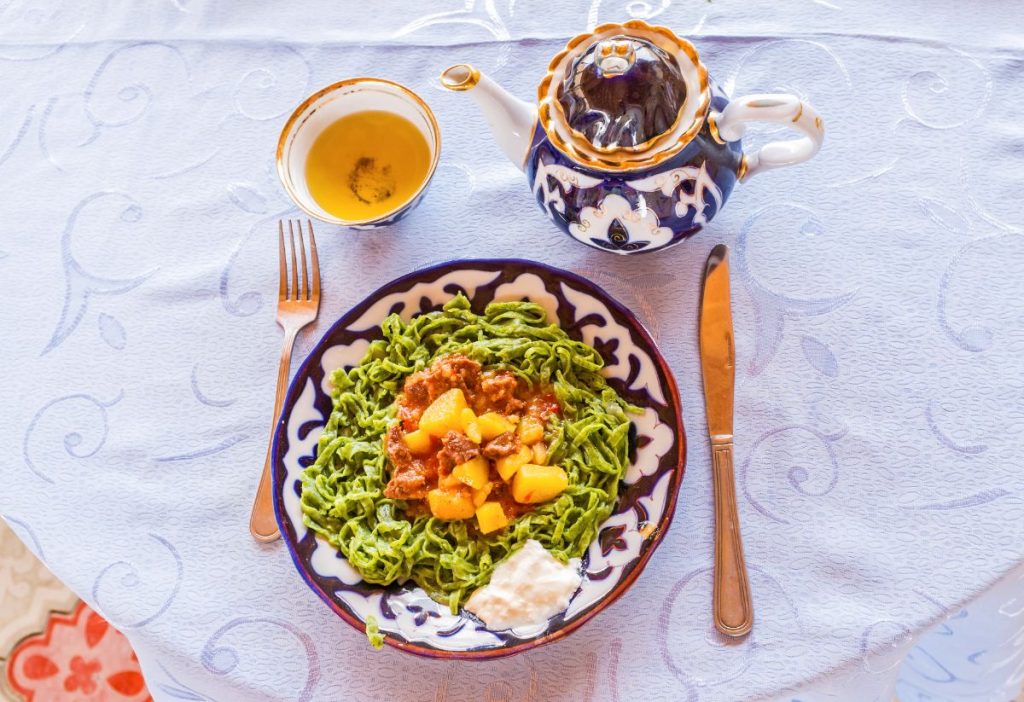 Bukhara is an ancient city with hundreds of historic buildings. It sits near central Uzbekistan, about two hours from the Turkmenistan border. It's received UNESCO recognition for it's impeccably maintained city center. The architecture dates back to medieval times. Bukhara was a stop on the Silk Road, so visitors will walk in the footsteps of Marco Polo. 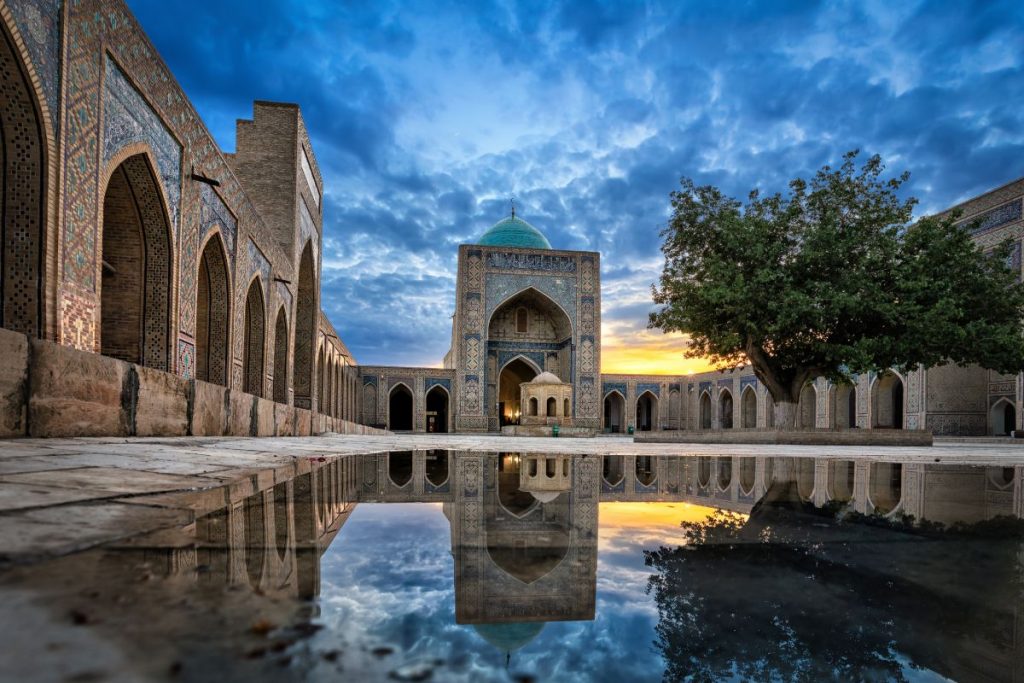 Even if you're not into hiking, Nurata is worth the trip. The town of Nurata was founded by Alexander the Great in the year 327 BCE. Visitors can still see the fortresses he built there, and parts of the water supply system he installed are still being used today. As for the mountains themselves, their modest height makes them accessible to many hikers. 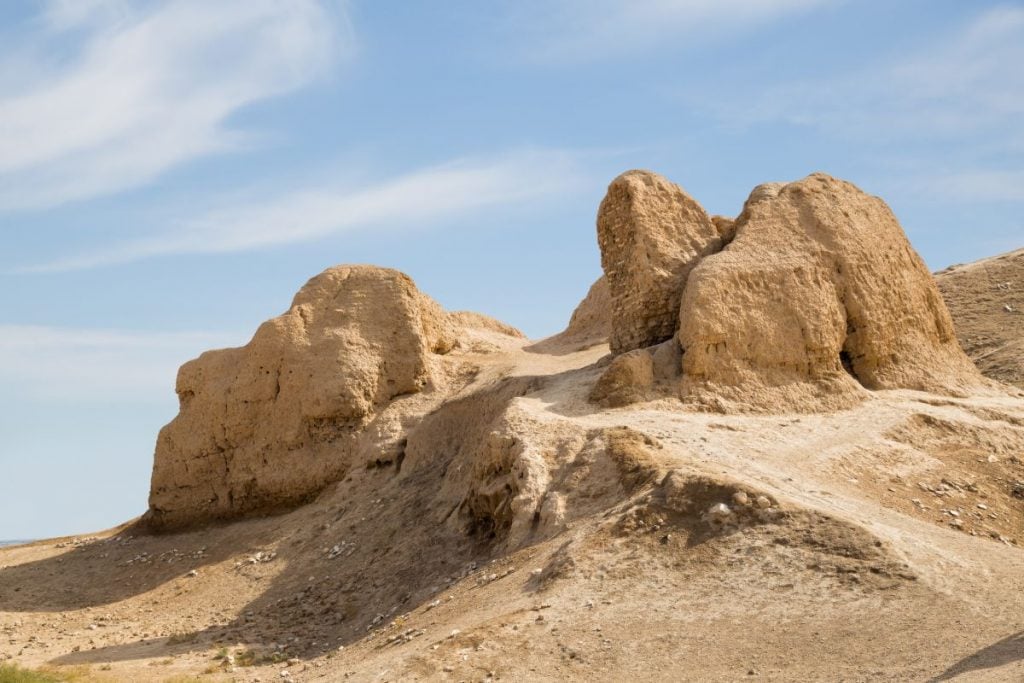