When it comes to exotic European destinations, Greece is at the top of the list. Touring all of Greece would be a Herculean feat since it spreads across over 6,000 islands throughout the Aegean and Ionian seas. However, there are certainly many "can't miss" destinations when visiting a country often called the cradle of Western civilization. While visitor can learn more about Greece's history by viewing majestic ruins and significant landmarks. Greece also delivers when it comes to relaxation thanks to gorgeous stretches of sandy beaches, deep blue sea views and all the ouzo you can drink.

Visitors to Athens, Greece's modern-day capital, may feel like they are also traveling back in time to the heart of Ancient Greece at the height of its power and influence. Reminders of the city's storied past are everywhere, including 5th-century landmarks like the Acropolis, site of the famed Parthenon temple and the ruins of the Ancient Agora of Athens. However, Athens may surprise tourists with its very up-to-date nightlife, shopping, and dining options. Don't miss the Grand Promenade walkway, which was specially created for the 2004 Olympic Games. 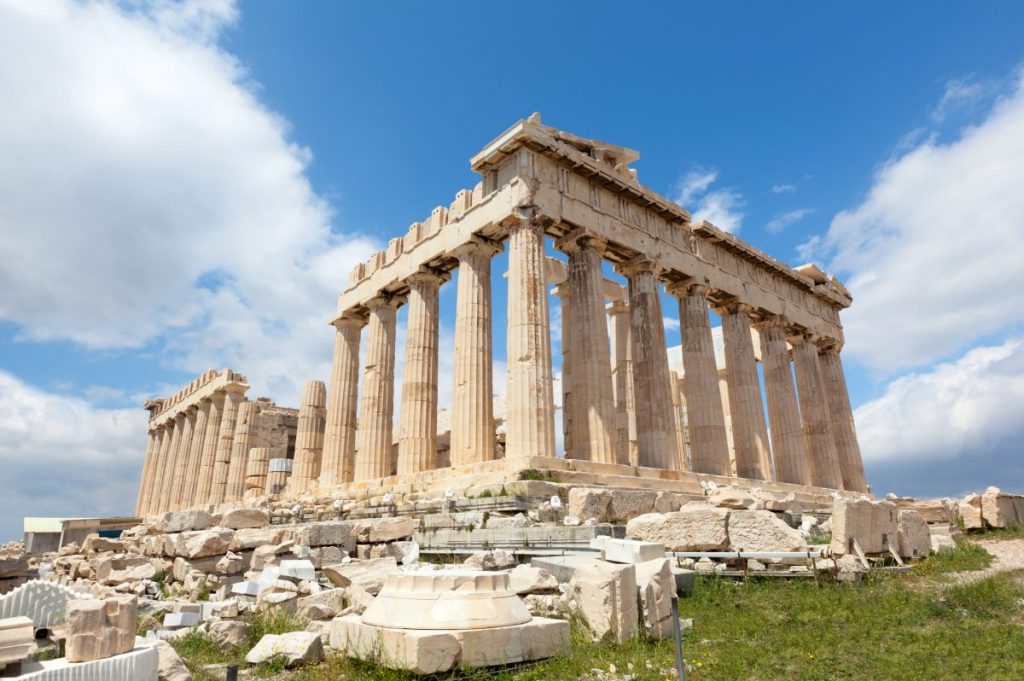 Mykonos is the Greek island with the biggest party reputation. Good-time lovers flock to sunny Mykonos every year for beach parties during the day and non-stop nightlife after the stars come out. The island boasts 25 beautiful beaches that are often crowded with tourists soaking up the Mediterranean sun. However, a closer look reveals other interesting places to visit like the tiny capital of Hora, also called Mykonos Town, or the nearby archaeological site of Delos. 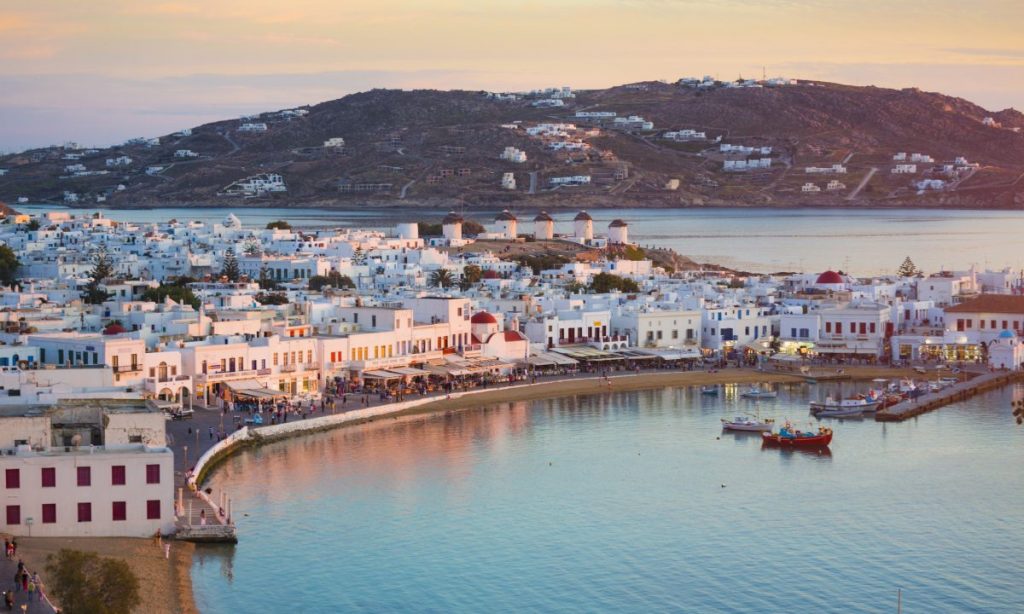 Santorini must be one of the most photographed islands in Greece thanks to its gorgeous white buildings with striking blue rooftops. Also called Thera in Greek, Santorini also boasts beautiful cliffs and golden sunsets. To fully appreciate this island, indulge in a little luxury at one of Santorini's many resorts. Enjoy the view from a cliffside infinity pool while sipping a Greek wine or cocktail made with ouzo, a dry anise-flavored liquor that is very popular in Santorini. 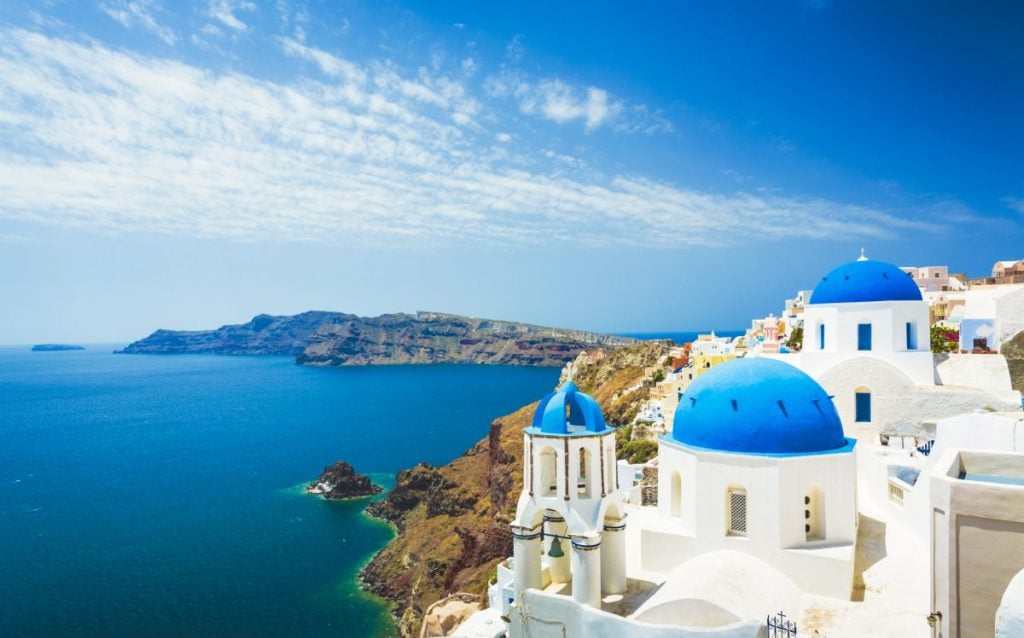 Crete, the largest Greek island, should definitely make your destination wish list. It is home to some of Greece's biggest attractions including famous archaeological sites, ancient palaces, and sacred monasteries. The Minoan palace of Knossos is often considered the site of Europe's oldest city, with roots going back to the Neolithic era. Crete's other castles include many built by the Venetians and the Byzantines such as Kastelli or Fortezza. Heraklion also boasts a famous castle as well as one of Crete's most-visited monasteries. 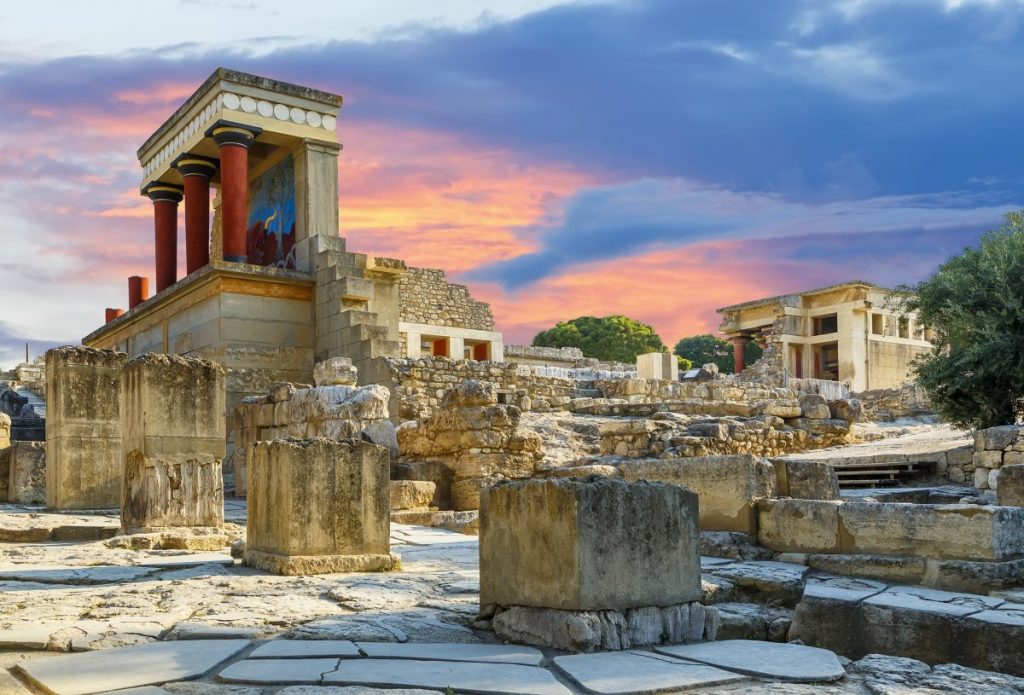 Make your way to the western Peloponnese to pay homage to the birthplace of the most celebrated athletic competition in the world - the Olympic Games. This historic site was one of the most significant in ancient Greece and is a major tourist attraction today. Luckily, it's easy to access thanks to the many buses and trains that connect Athens and Olympia. Visitors can tour the ruins of the training grounds or even imagine participating in the ancient games by taking a run in the stadium. Don't miss the local museum either for a chance to see some amazing Greek sculptures including the statue of Nike of Paionios. 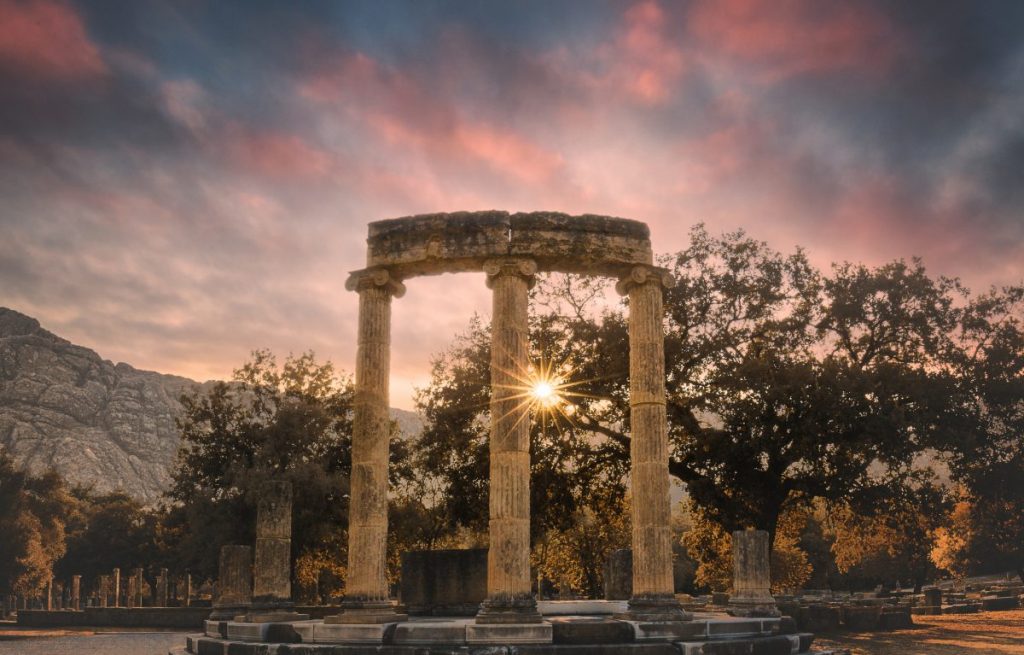 Corfu, nicknamed is the "Grand Lady of the Ionian," is an island rich in stories. Long-associated with the legendary tale of Odysseus, Corfu is also the site of the palace of Empress Elizabeth of Austria-Hungary. The palace, called Achilleion, was built in 1890 and boasts a luxurious neoclassical style and beautiful gardens. The old town of Corfu is on the UNESCO World Heritage List as a site of international historical significance. 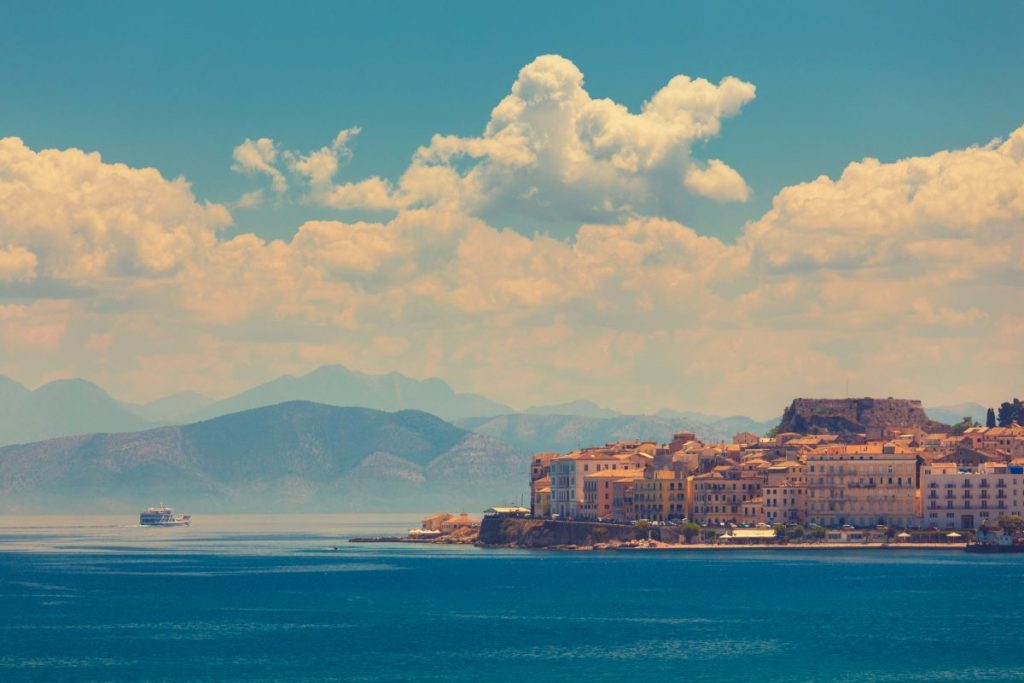 Visitors to Delphi may no longer believe they will see a vision of their future, but they do gain a greater understanding of Greece's past. This city on slopes of Mount Parnassus above the Gulf of Corinth was known throughout the ancient world as the sanctuary of the Greek god Apollo and the site of his oracle. Travel to Delphi, a UNESCO World Heritage Site, for the opportunity to view fascinating ruins including the Temple of Apollo and the Temple of Artemis as well as amazing mountain views. Don't miss the Delphi Archaeological Museum for the opportunity to learn more about the intriguing history of this city. 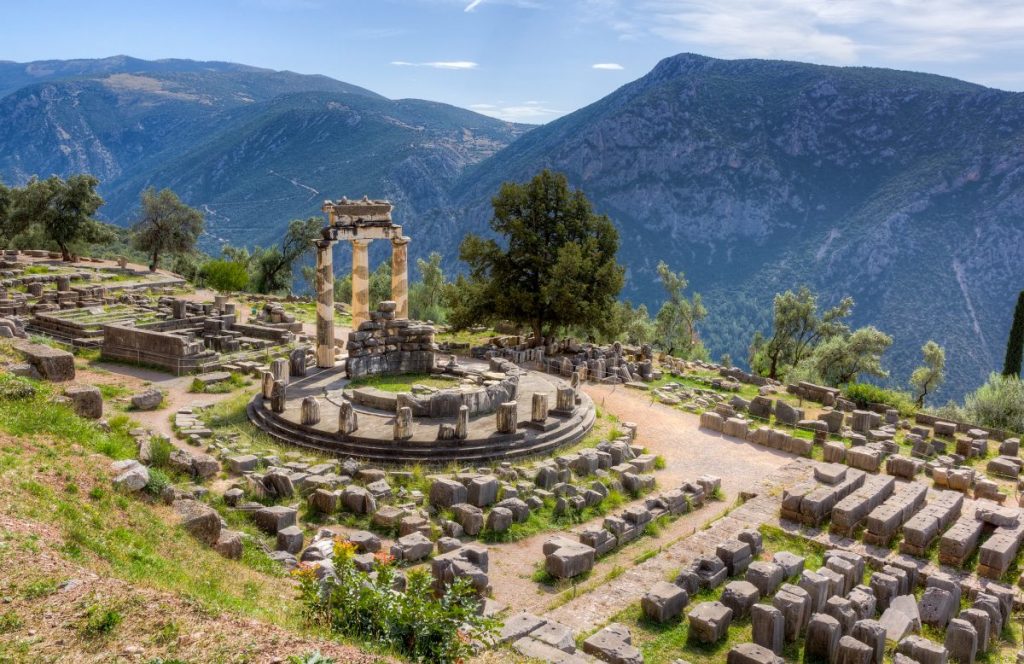 Make a stop in Corinth during your tour of the Peloponnesians. Corinth was one of the most important city-states in Greece during the time of Roman rule. Additionally, the apostle Paul's letters to the Corinthians are some of the most often-quoted books of the Bible. Corinth is the site of extensive archaeological sites including the of the Temple of Apollo and the fortified hill of Acrocorinth. Marvel at the town's famous Corinth Canal, which gives ships a route through the narrow isthmus of Corinth. 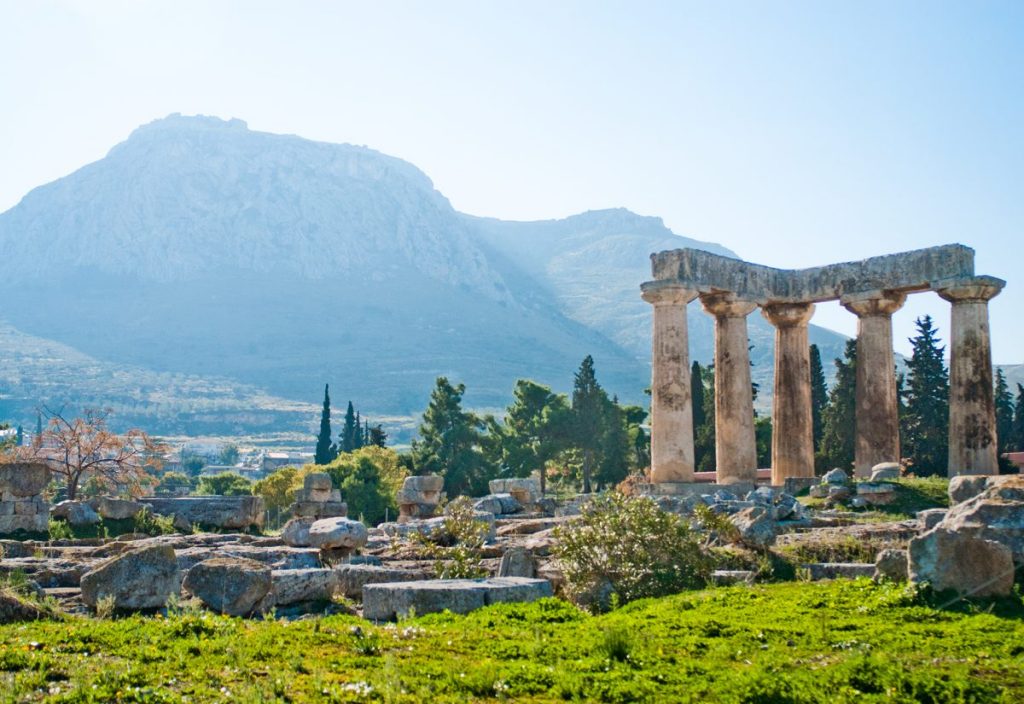 Pilgrims traveling to Meteora, another of Greece's UNESCO World Heritage sites, can expect to see both natural and sacred wonders. At Meteora, beautiful and unusual rock formations rise nearly a thousand feet from the plain of Thessaly. This unique landscape is home to 24 Eastern Orthodox monasteries that were constructed beginning in the 14th century. Hike between them to get the most out of your visit, but remember to be respectful since six of these sacred sites are still occupied as places of peaceful prayer and meditation. 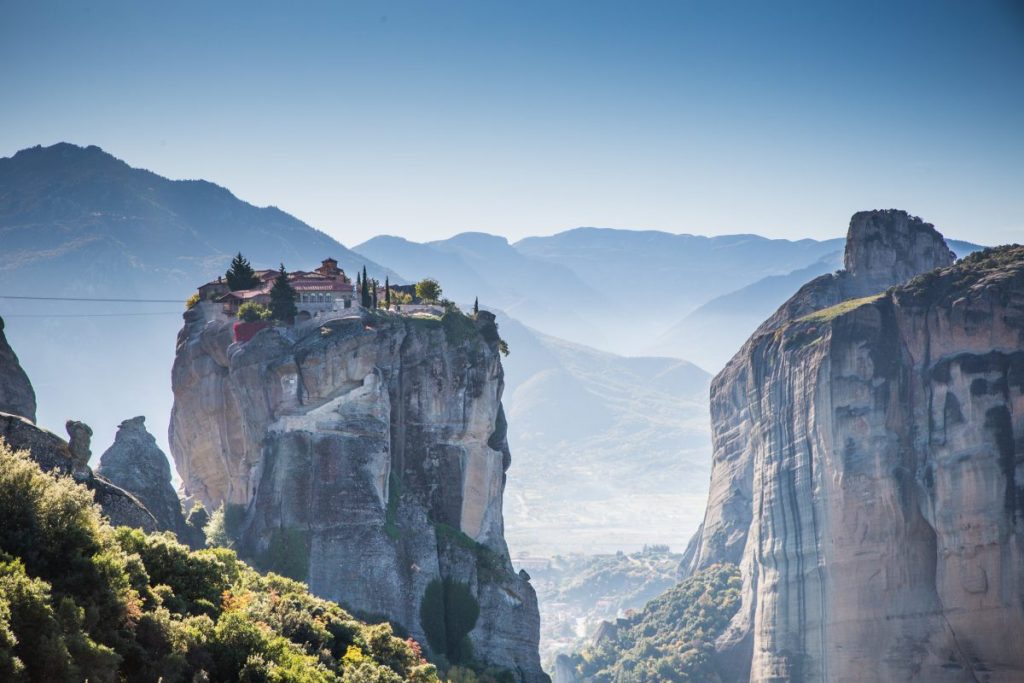 Though the southern islands get most of the attention from tourists, it would be a shame to miss the beauty of northern Greece during your vacation. Thessaloniki, also called Salonica, is a great destination in this area to allow you to try another flavor of Greek life. Tour Roman, Venetian, and Ottoman sites, beautiful churches and Thessaloniki's famous archaeology museum, but don't miss the amazing dining opportunities while you are there. Try delicious pork gyros, stuffed calamari, or the city's renowned bougatsa pastry, made with dozens of thin sheets of dough. 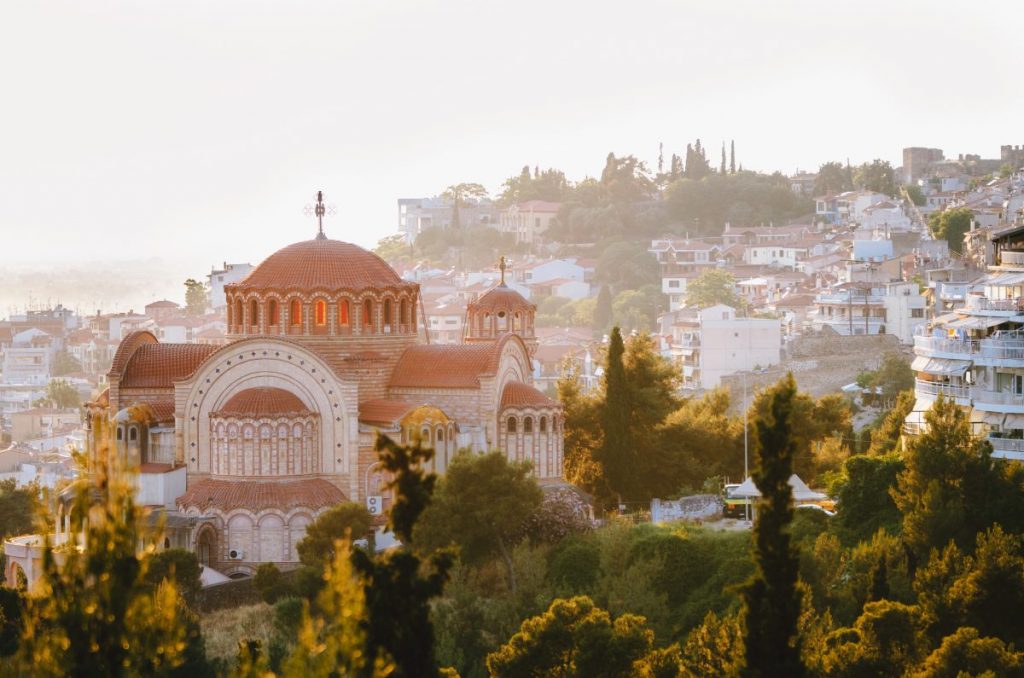