Top Things to Do in Nice, France

Located in the French Riviera, Nice rests along the pebbled shores of the Mediterranean Sea and is the second largest city in the region. The city’s breathtaking coastline, fine dining options, and countless museums can please even the most fickle traveler.

Whether you’re enjoying a plate of ratatouille, marveling at a Matisse masterpiece or taking a leisurely stroll through the Vieille Ville, your day is sure to be full of culture, exquisite food, and natural beauty. With over 4 million tourists visiting the city every year, it’s obvious that Nice is a city that has something for everyone.

Stroll along the Promenade des Anglais

Named after the city’s countless number of British expats, the Promenade des Anglais is a large walkway along the Nice seafront. A world-renowned stretch of coastline, and arguably the most famous in France, this idyllic walkway is surrounded by the crisp, blue Mediterranean Sea on one side and picturesque galleries, shops and bistros and the other. The Promenade was built in the 1820s, and it has since become an important place where locals and tourists alike socialize, celebrate local festivals and enjoy the sea air. 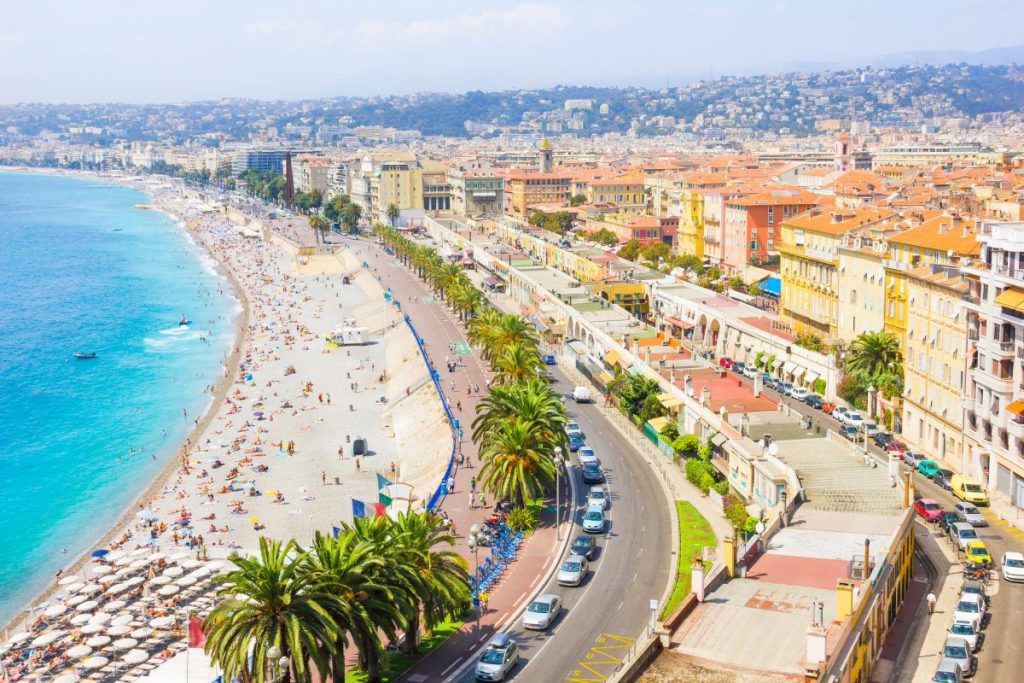 Artists have long flocked to Nice for its laid-back ambiance and its welcoming climate. As a result of the many artists taking up residence in Nice, dozens of museums have been founded to celebrate the art and culture that has emerged from the city. No trip to Nice is complete without visiting the numerous art museums. The Musée Matisse, the Musée National Marc Chagall, and the Musée D’Art Moderne et D’Art Contemporain are all must-see institutions. For a break from contemporary art, check out the Musée Masséna. The building itself is a marvel, but it is also home to a variety of art and artifacts from the region, including Napoleon’s death mask. 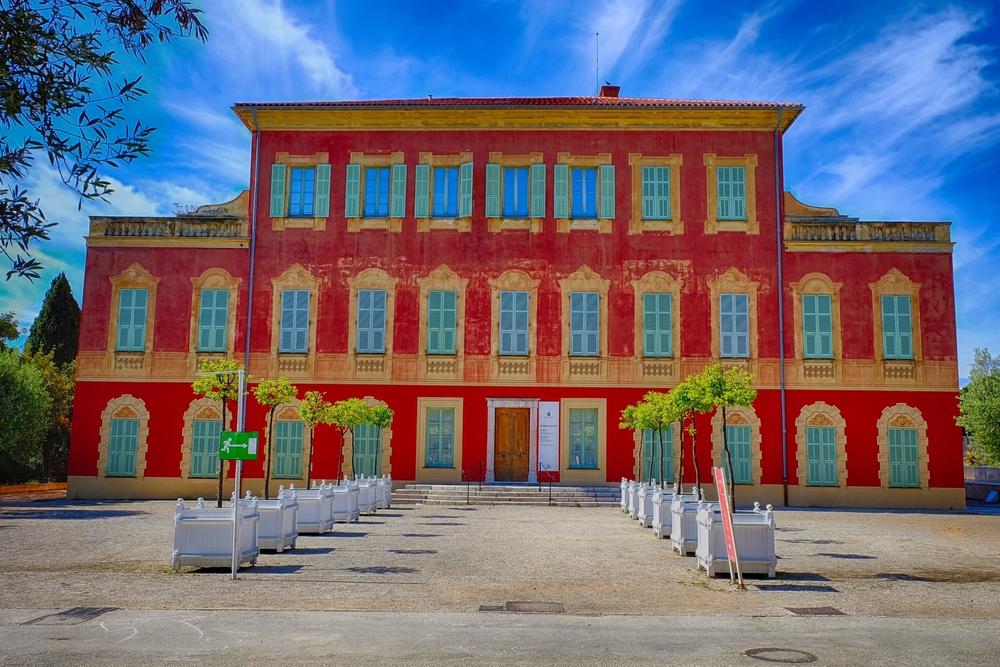 You won’t run out of exceptional restaurants or delectable dishes to try in Nice. From the no-frills street food to the elegant fine dining, you’re guaranteed to get some of the best food you’ve ever had no matter where you go. For a light snack, try the famous street food socca, a tasty chickpea pancake, and a true Southern French delicacy. Other traditional Niçois dishes include ratatouille, pissaladière, salad niçoise, and pan bagnat. 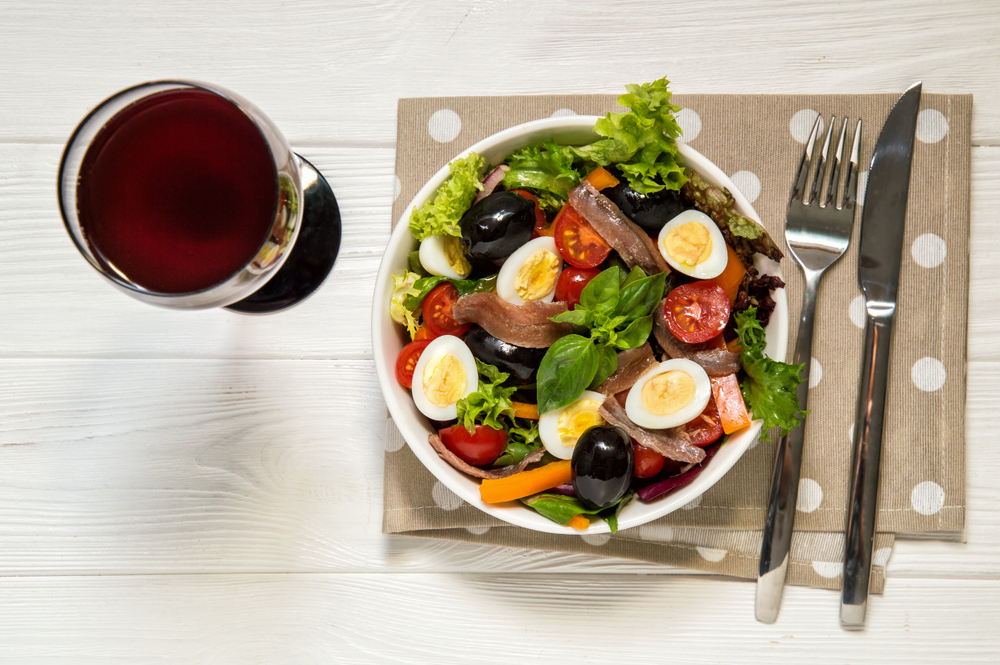 When you imagine French cities, you most likely picture lush outdoor markets that sell a vibrant range of produce, prepared foods, flowers, and wine. When it comes to this picturesque image of France, Nice does not disappoint. The city is home to impressive markets that are more than worth a visit before you leave. The Cours Saleya Market is a long-running market in Nice’s old town. The market sells fresh produce and flowers every day except Monday. On Monday, the market transforms into a flea market that’s also worth perusing. The Marché de la Libération, although a slightly smaller affair than Cours Saleya, is another must-visit market that has a truly authentic appeal. 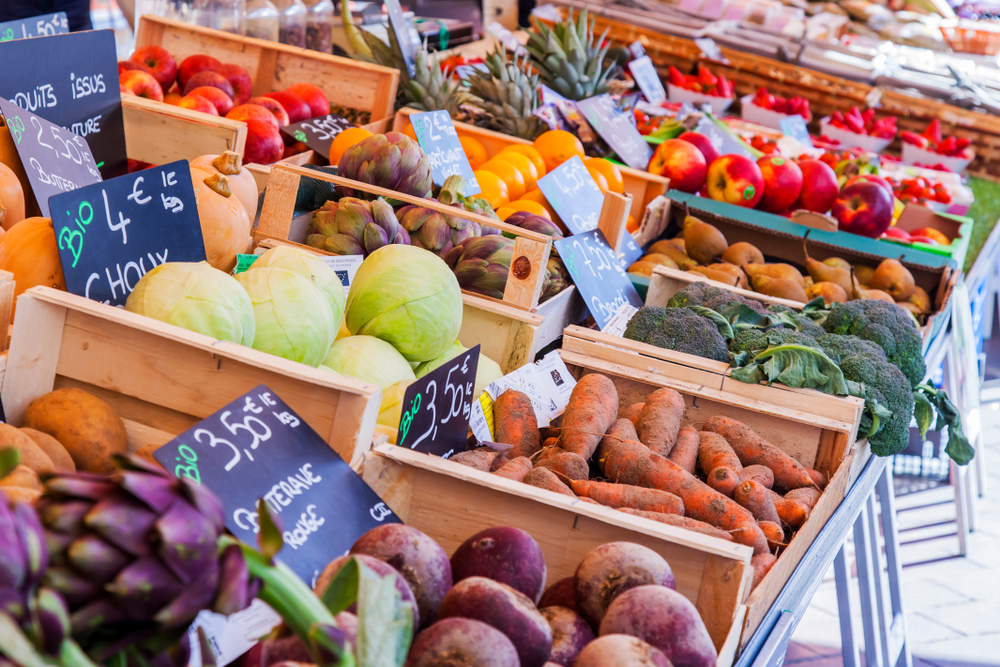 The Nice Carnival has been celebrated since 1294, and it’s one of the biggest celebrations in the region. Visit the city in February to celebrate this 2-week festival of costumes, sports, and live entertainment. The Carnival actually consists of over 850 different events, which celebrate everything from arts, sports, and culture. The Flower Battle on the Promenade des Anglais is a particularly scenic part of the celebration. 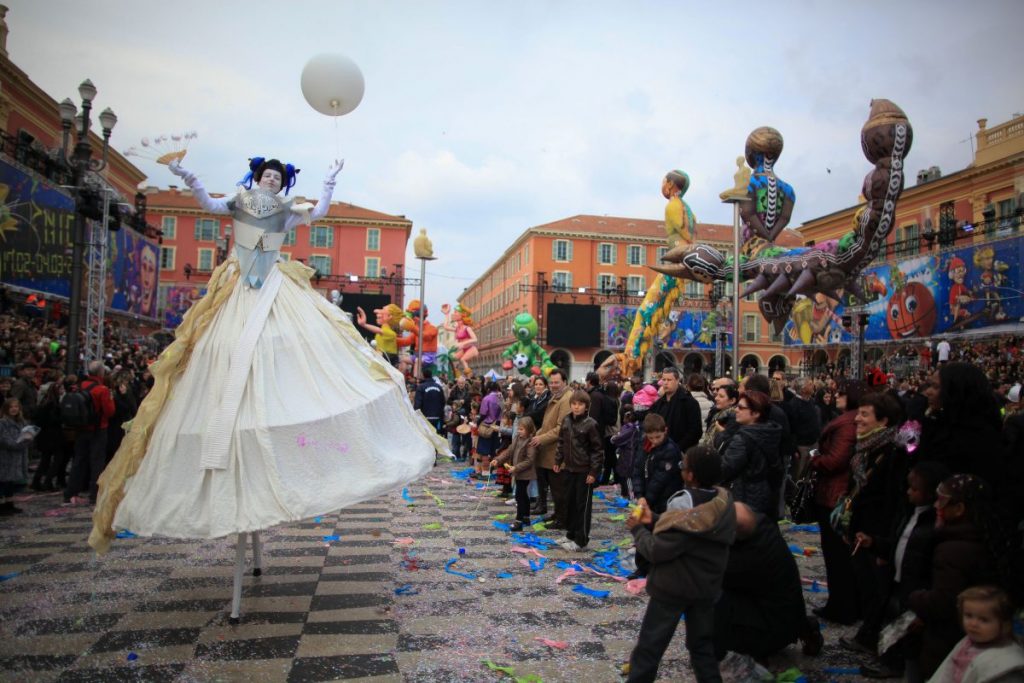 Nice is full of top-rated boulangeries and pâtisseries. Visit a different one each day or find a favorite and sample the many breads, cakes, and pastries on display. From the traditional baguette and croissant to the more luxurious macaron, these bakeries sell the very best baked goods France has to offer. For a more local specialty, try the tourte aux blettes, a delicate pastry full of sweetened swiss chard. 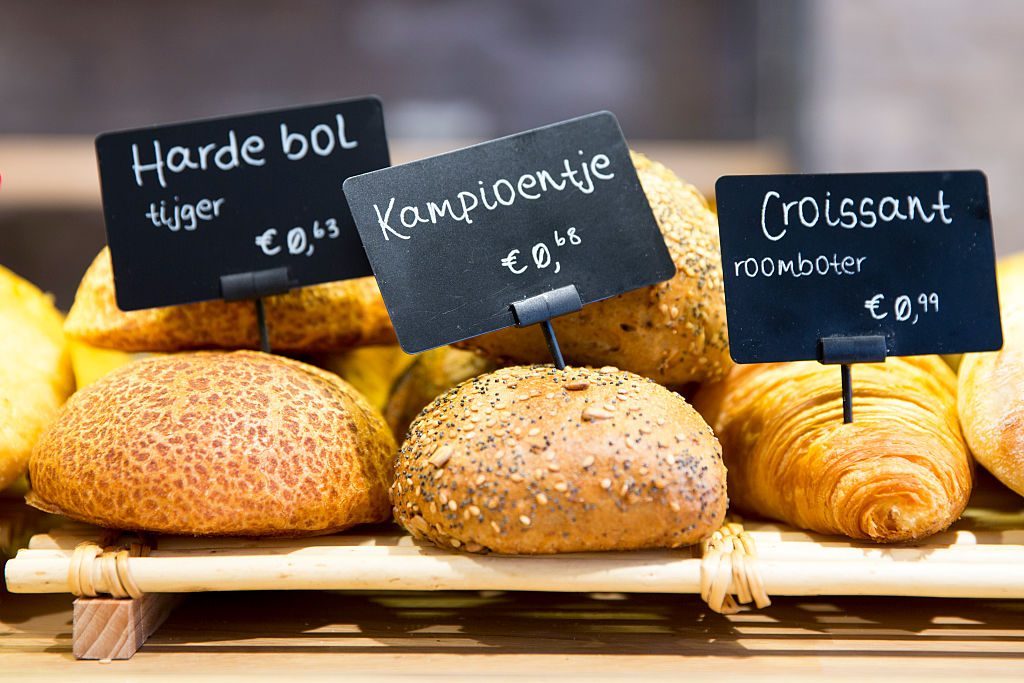 The Nice Jazz Festival is famous for being the most prestigious jazz festival in Europe. The festival is usually held in July, and it features some of the biggest names in Jazz. Listen to the jazz superstars or catch performances by up-and-coming stars. As an added bonus, the festival takes place in Les Jardins de Cimiez with its historic Roman amphitheater. 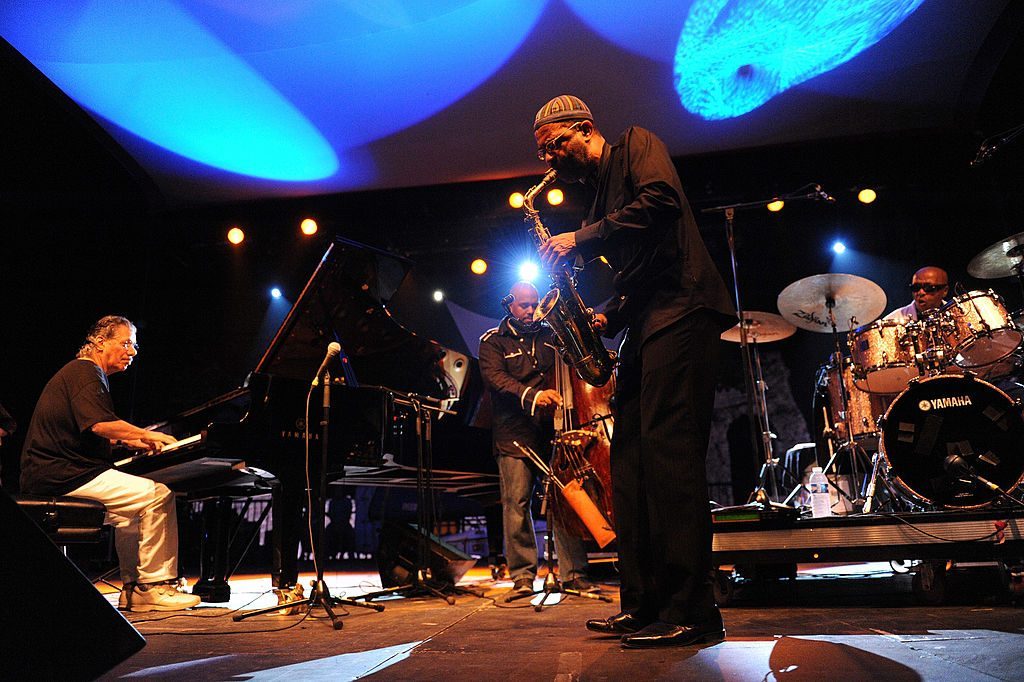 Walk to the top of the Colline du Chateau to enjoy a breathtaking view of Nice and its surrounding countryside. The top of the steep hill also has a park where you can relax and enjoy a picnic. The view from this hill is one of the best panoramic views in all of the French Riviera. The wooded area on top of the hill has been the home of many Celtic, Roman and medieval settlements, and local archaeological digs have found some interesting remains. Relax and take the free lift to the top or climb the winding staircase. 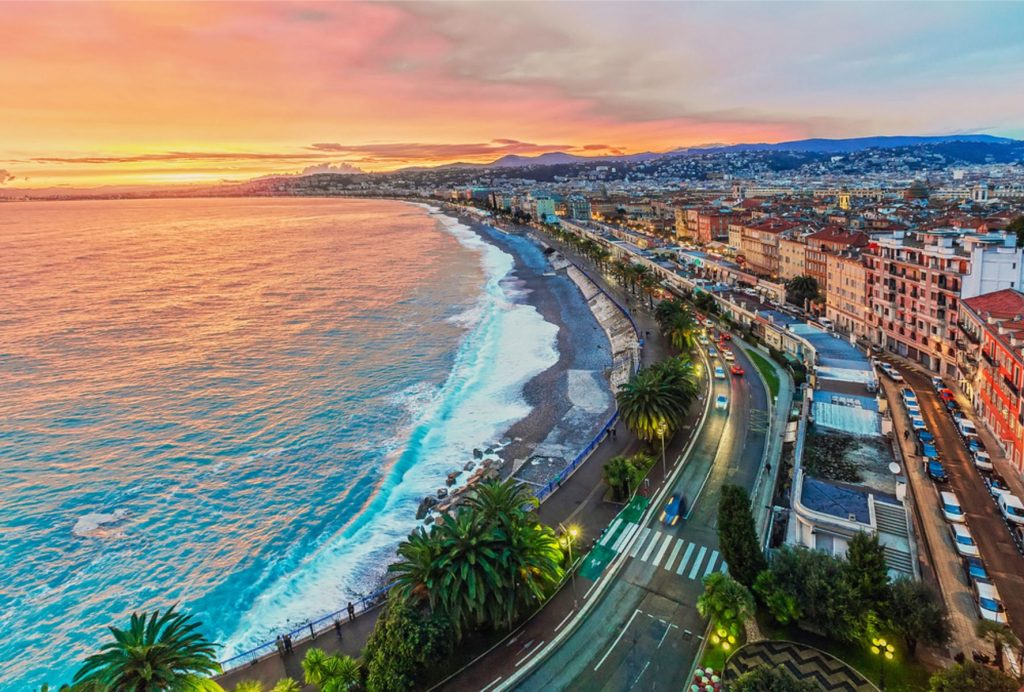 Soak up Some Sun on the Beach

A list of things to do in Nice isn’t complete without mentioning the infamous beaches. Soak up some sun on the beach or take a swim in the deep blue Mediterranean. Don’t expect smooth white sand, though. Nice beaches are pebbly, and sunbathers should pack accordingly. The currents tend to be stronger on the Nice coastline, but nearby Villefranche-sur-Mer has a calmer coastline with shallower water for the whole family to enjoy. 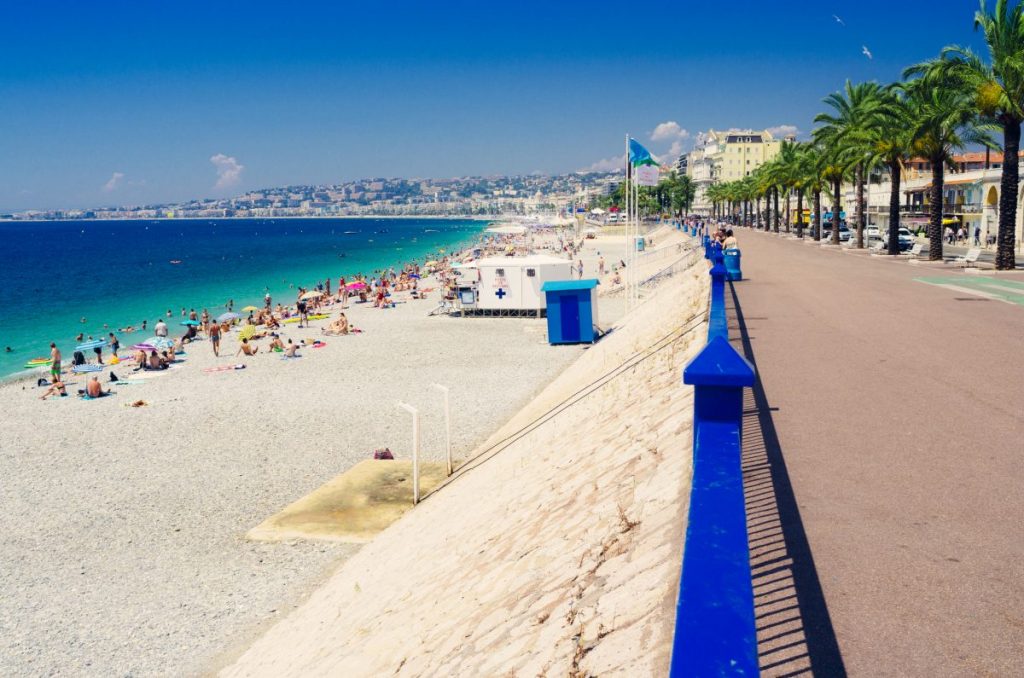 Wandering through the old town, known in French as the Vieille Ville, is like stepping back in time. Modern-day Nice is made up of large boulevards and central plazas, but the old town is full of meandering alleys lined with small shops, restaurants, and cafés. The buildings in this part of the city have a strong Italian feel to their color and architecture, which makes sense when you learn the Nice wasn’t part of France until 1860. 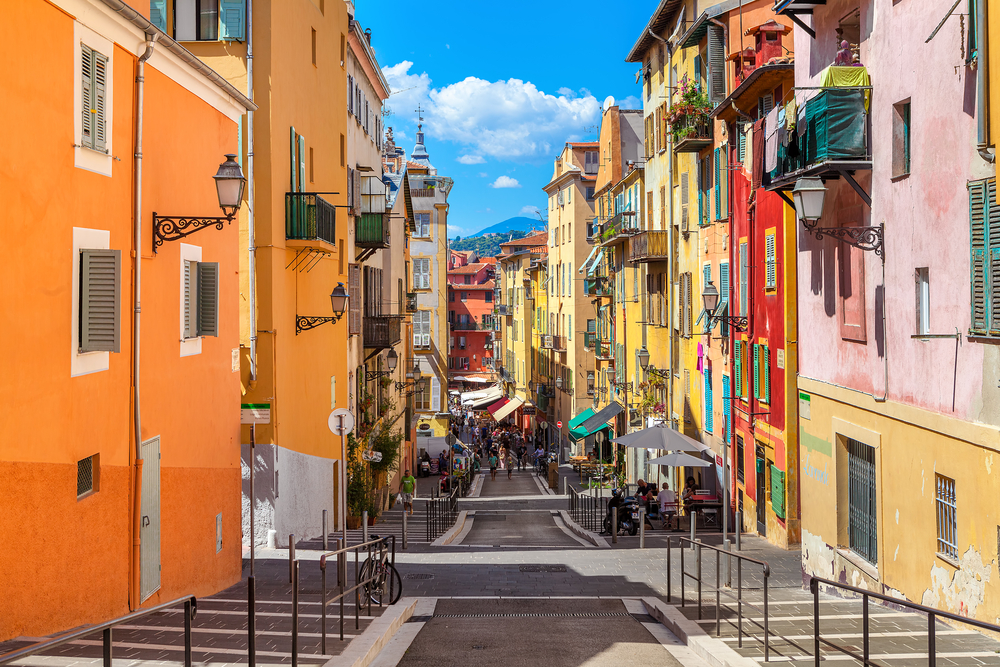