Top Picks for Bungee Jumping Thrills Around The Globe

There are few experiences as thrilling as leaping off a bridge and hurtling hundreds of feet toward the ground, secured exclusively by a powerful rubber band. Bungee jumping is one of the most accessible and exhilarating things that a traveling adventurer could try. There is nothing like the feeling of your heart beating out of your chest as your stomach seems to lodge itself in your throat. Falling faster than most cars drive is a life-changing and visceral experience.

Not only do you get to experience the adrenaline-pumping thrill of the fall, but many bungee jumping sites sit in the middle of some of Earth's most stunning locales. The only thing that could beat a bungee jump is leaping and watching the towering mountains blur away as you accelerate towards a winding river, hundreds of feet below you. If you're a person who loves thrills but is also looking to take in scenic locations, bungee jumping is the perfect choice. 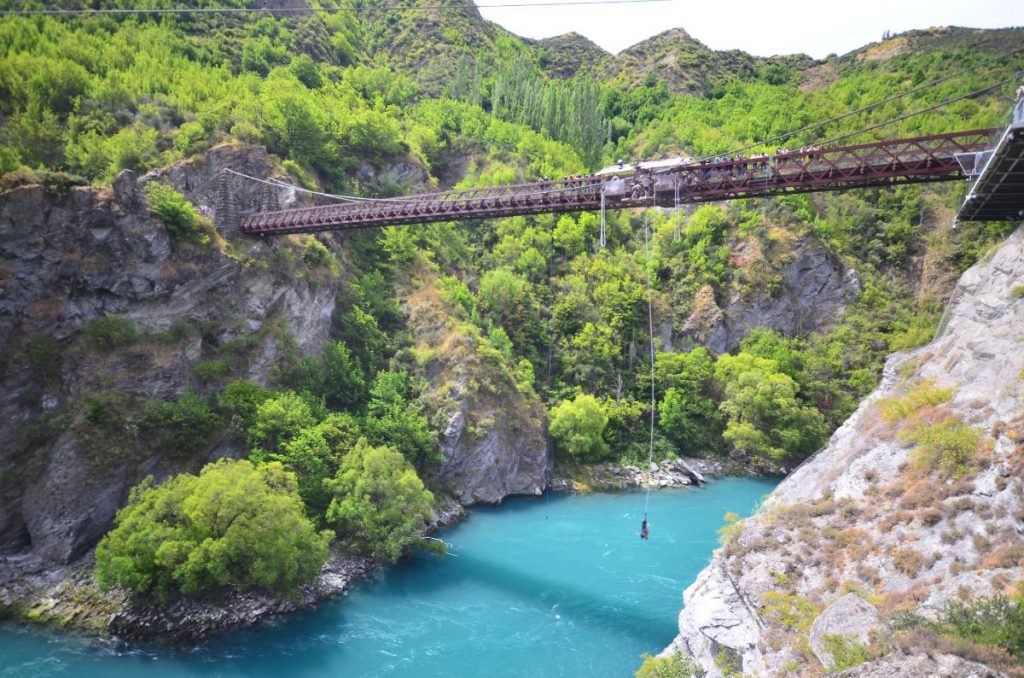 With an impressive height of around 365 feet, Zimbabwe's Victoria Falls Bridge is the ideal middle point for bungee jumpers. It has the added benefit of being one of the most beautiful locations in the world, not just among bungee jumping sites. As you jump off the bridge, you fall through the surrounding Batoka Gorge as you hurtle towards the Zambezi River. The mists of the gorgeous Victoria Falls often create arcing rainbows that perfectly frame each jump. 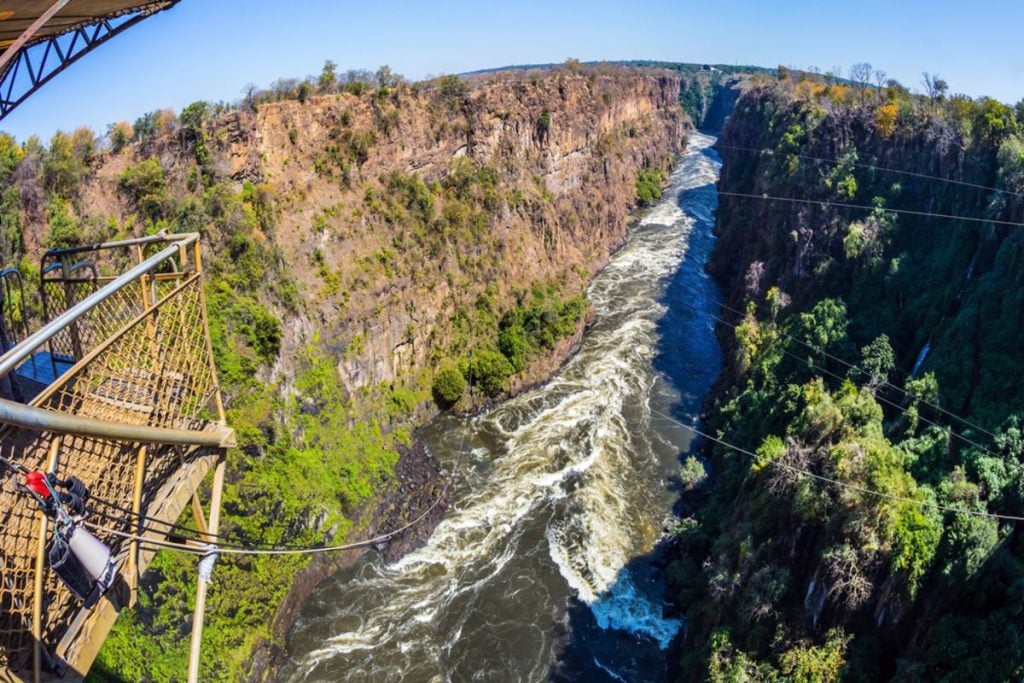 Deep in the heart of the Biellese mountains, you can find the Colossus. No, this isn't some monster, though it may seem like one once you set eyes on the staggering 500-foot drop. As you might expect of a site that carries the name "Colossus," the bridge offers almost five seconds of freefall as you reach speeds of 60 miles per hour. The serene and calming area around the bridge provides the perfect contrast to the thrills that the bridge provides. 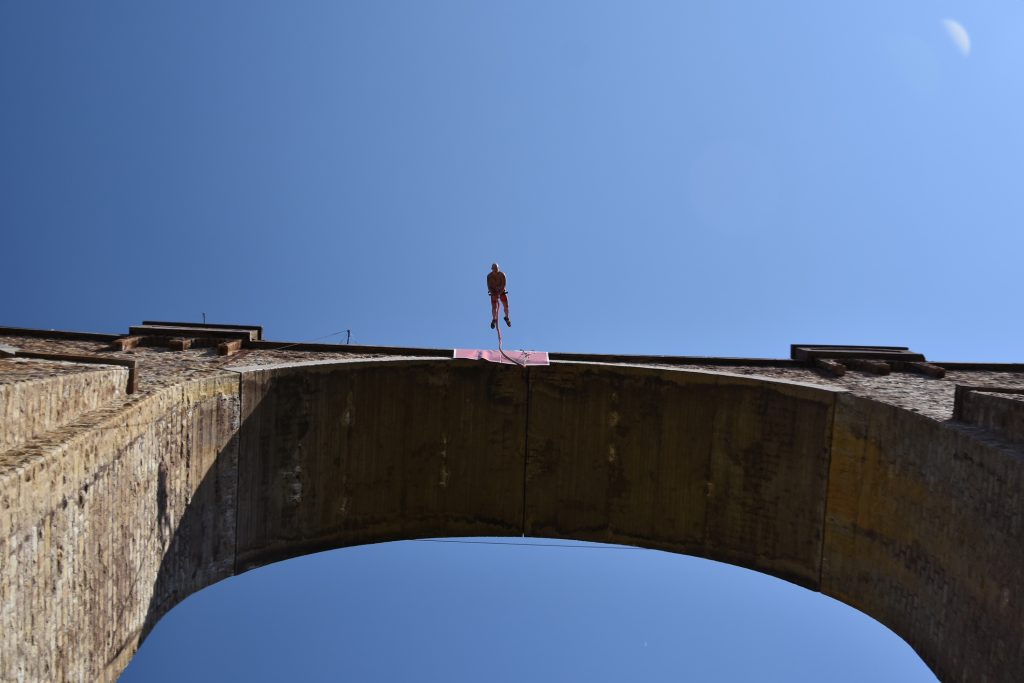 When it comes to bungee jumping, there are few sites as simultaneously thrilling and terrifying as China's Macau Tower. The tower offers the world's tallest bungee jump with a massive 760-foot plunge. Because of this incredible height, jumpers can reach speeds of around 120 miles per hour as they fall past most of the tower's 63 floors. Once jumpers reach the end of the fall, a guided cable lowers them the remaining 100 feet onto a unique airbag, providing a soft end to the intense experience. 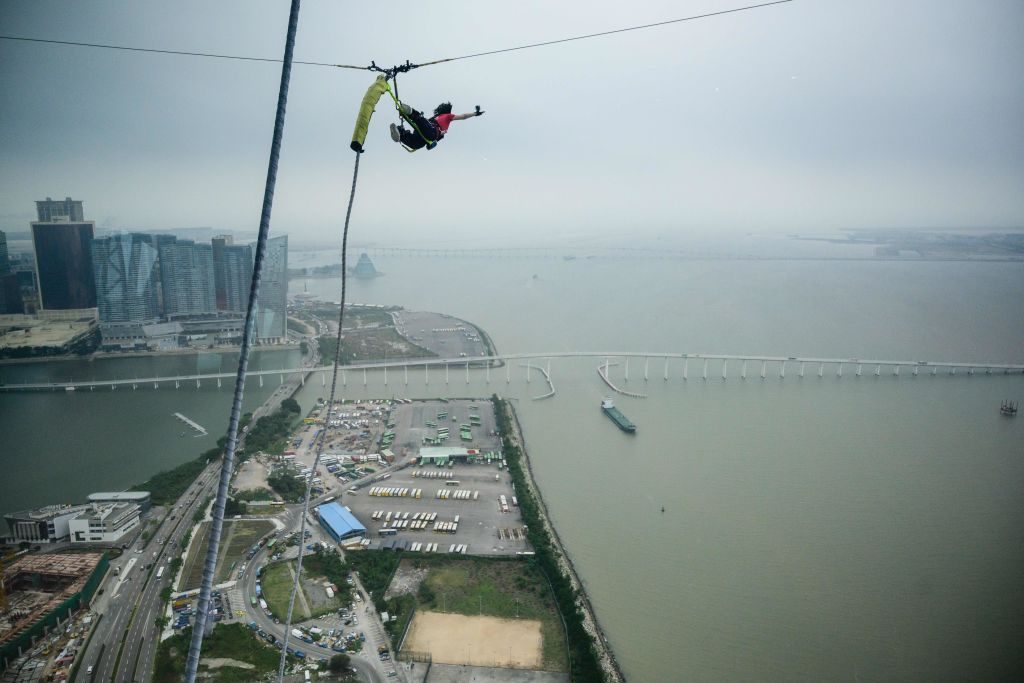 Near the North Rim of the Grand Canyon sits the world-famous bungee jumping site, the Navajo Bridge. Unlike most jumps, the bridge doesn't have a surrounding landscape of lush greenery or misty mountains. However, it does have massive sandstone walls with natural paint-like patterns that frame the region around you. Once you finish your 470-foot jump, consider taking a relaxing swim in the cool water of the river that runs beneath the bridge. 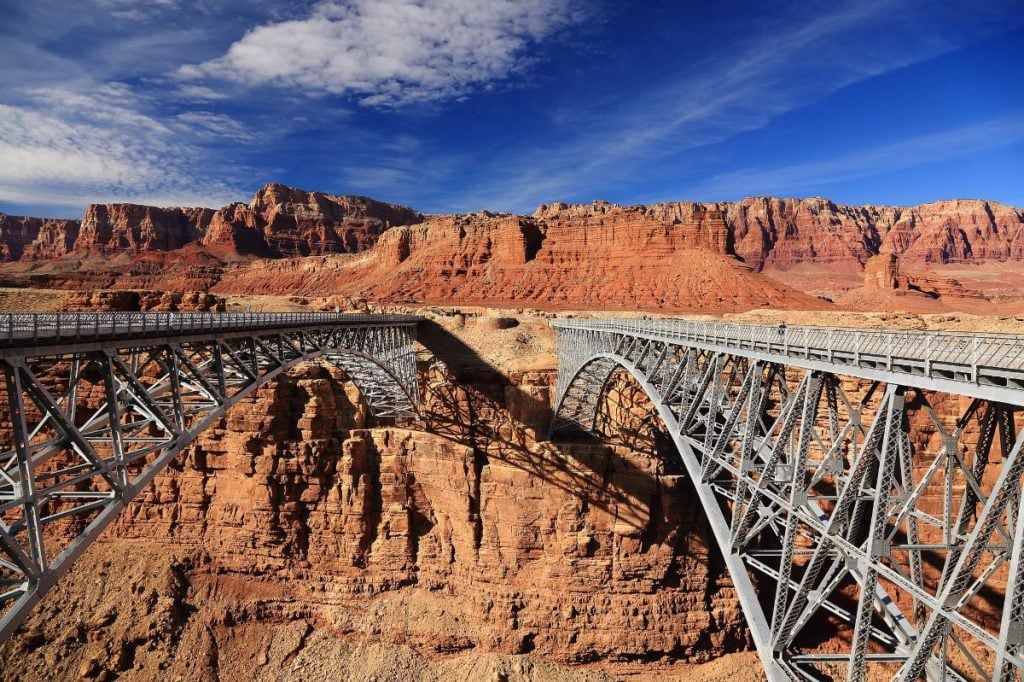 Despite its name, this famous site in Nepal should be at the top of any adventurer's travel list. The adventure-filled resort offers many exhilarating sports, such as canyon swinging, white water rafting, and, of course, bungee jumping. Visitors can head to the tallest suspension bridge in the Himalayas and dive over 500 feet toward the raging river below. Once you're finished, the resort also offers a variety of relaxing activities, including a plunge pool and spa. 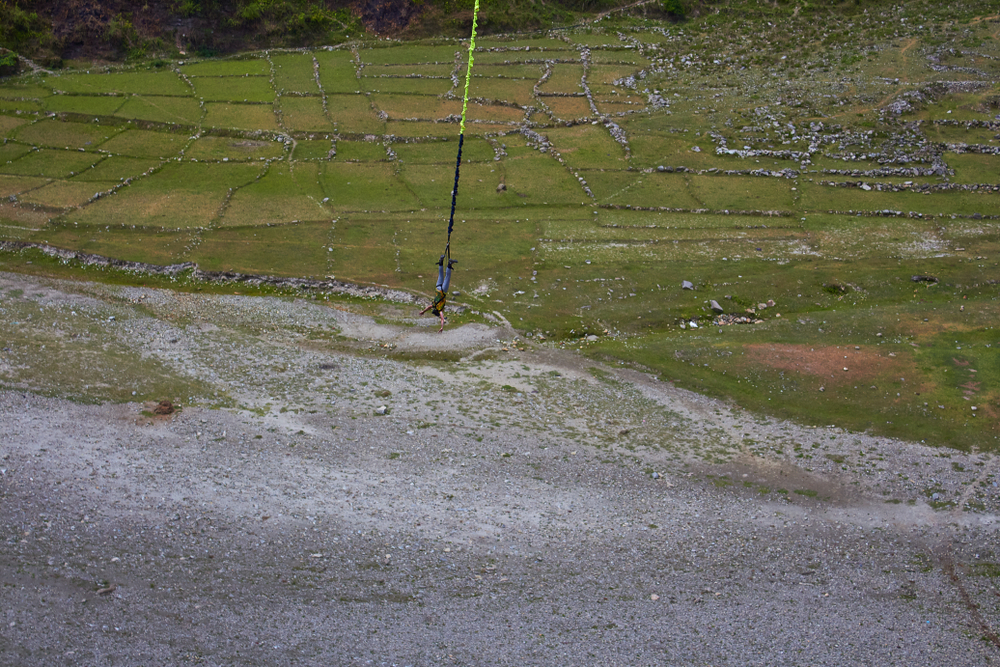 Many places in the world feel as though they have sprung directly out of a fantasy novel, but few compare to the Longqing Gorge in China. In fact, to reach the top of the gorge, you must travel through the belly of a dragon. Once you make it through the dragon, you'll be able to experience the almost 200-foot jump as you soar towards the grand waters of the gorge. Surrounding the area are dozens of beautiful caves, waterfalls, and temples. 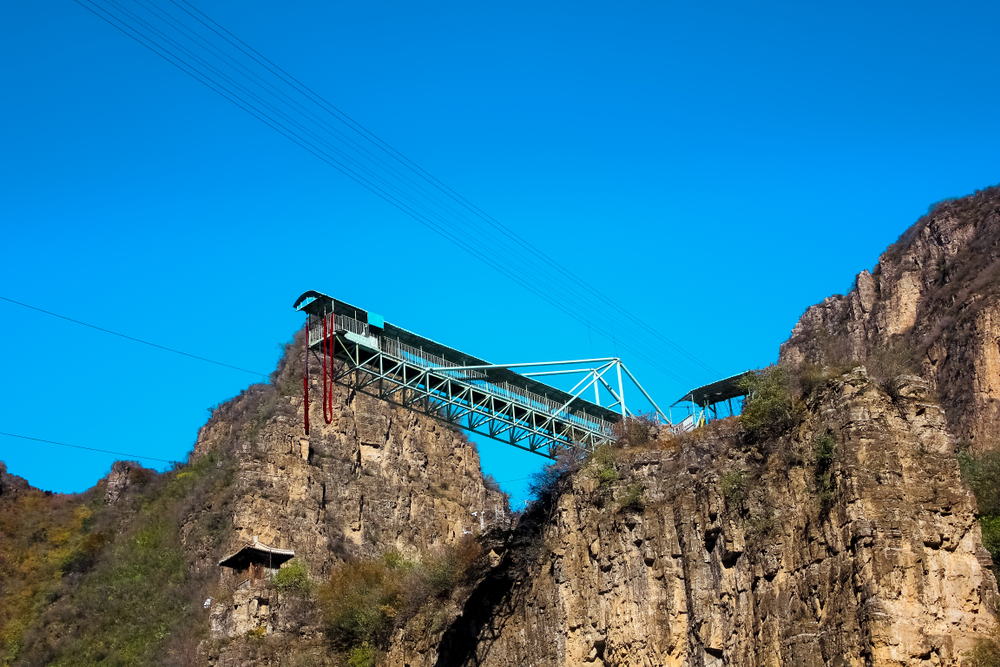 One of the most famous movie stunts of all time is James Bond's bungee jump from a dam in the movie GoldenEye. This stunt took place on Switzerland's Verzasca Dam, and if you're looking for a truly cinematic experience, you can step into Bond's shoes and take the leap yourself. Most of the jumps take place at night, creating a unique sensation as you plummet over 700 feet in total darkness. The jump ends just above the Verzasca River, which many consider the world's purest river. 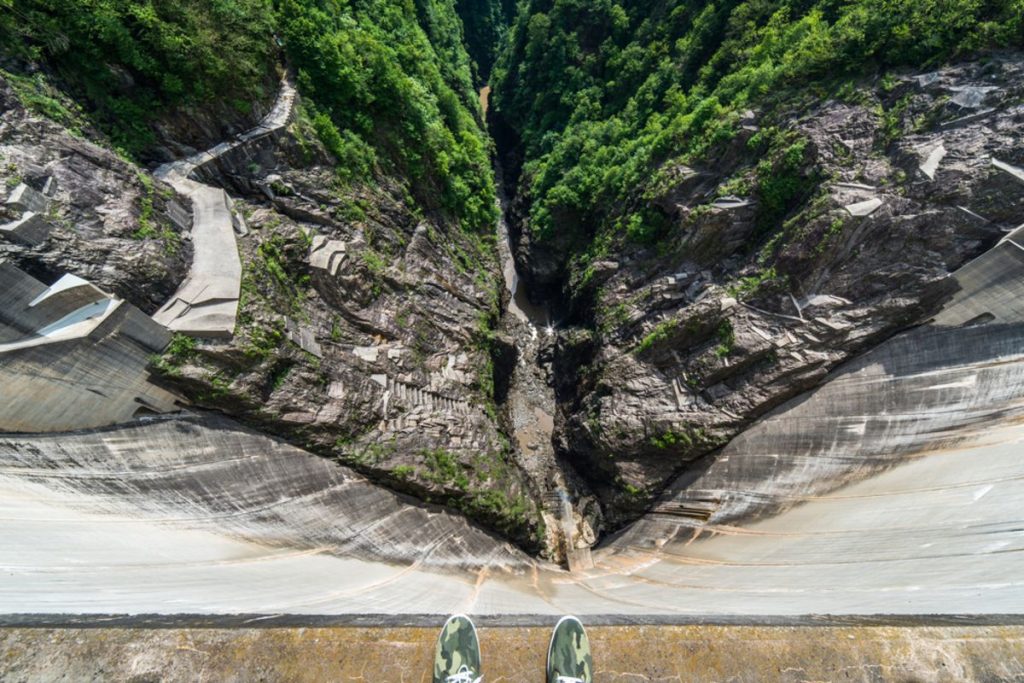 Nearly every weekend, people flock to Austria's Europa Bridge to participate in the thrill of bungee jumping. This bridge sits over 600 feet in the air and towers over a landscape of vibrant, green forests. Once you arrive, you notice the area looks like something out of a painting as the Alps provide the perfect backdrop for the bridge. The crisp mountain air is sure to give you a thrill as you fly toward the forest below. 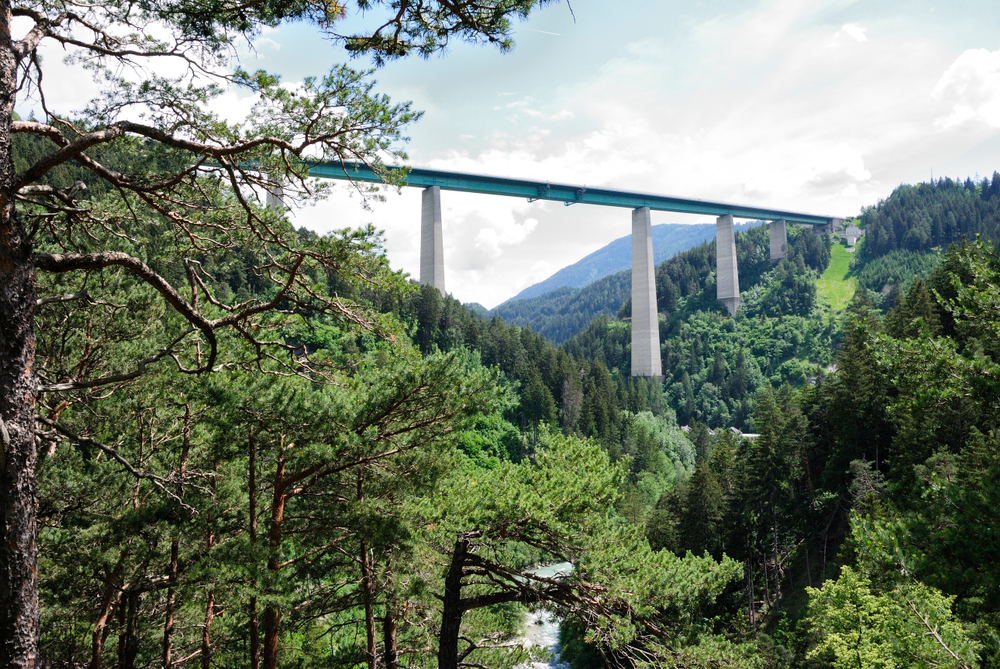 One of the tallest bungee jumping sites in the world and the tallest bungee jumping bridge is the Bloukrans Bridge in South Africa. Many people find the height intimidating, but true thrill-seekers constantly attempt to conquer their fears and experience the 700-foot drop. The bridge covers the gap between two massive mountains covered in lush greenery. Once you leap, you'll speed past a backdrop of ocean waves in the distance as you speed toward the Bloukrans River below. 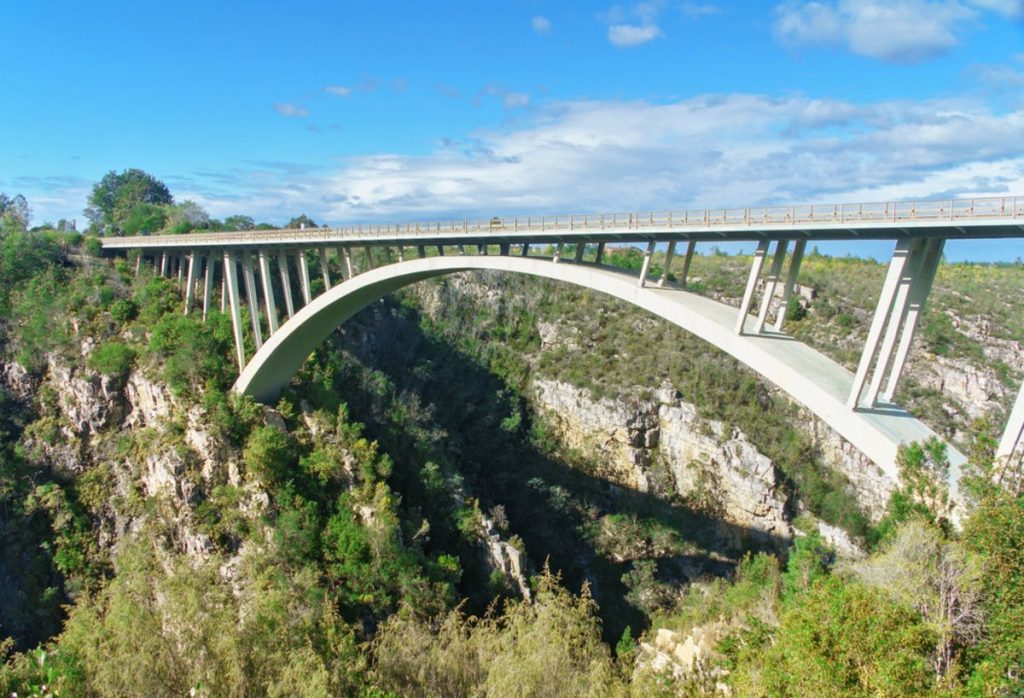 You don't always need to travel abroad when looking for gorgeous and interesting bungee jumps. Colorado has America's highest suspension bridge, and one of the best bungee jumps available. As you stand on the bridge, the river sitting a thousand feet below looks more like a trickling stream. Of course, the jump itself doesn't include the entire height of the bridge, but you can freefall for up to 10 glorious seconds before the cord takes over. 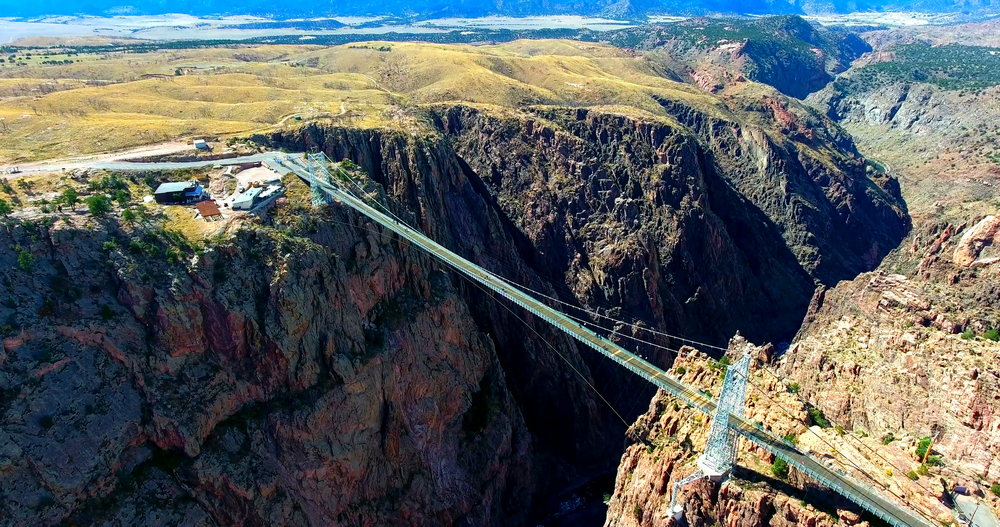 If you were to describe the most thrilling and seemingly insane bungee jumping experience possible, it would probably include something like jumping into a volcano. Volcano Bungee does just that, as they fly participants 10,000 feet above a Chilean volcano. Then, you must leap out of the helicopter, falling almost 400 feet toward the boiling hot lava. Of course, they can't just drop you there, so you must dangle from the helicopter as they fly back to the airport. 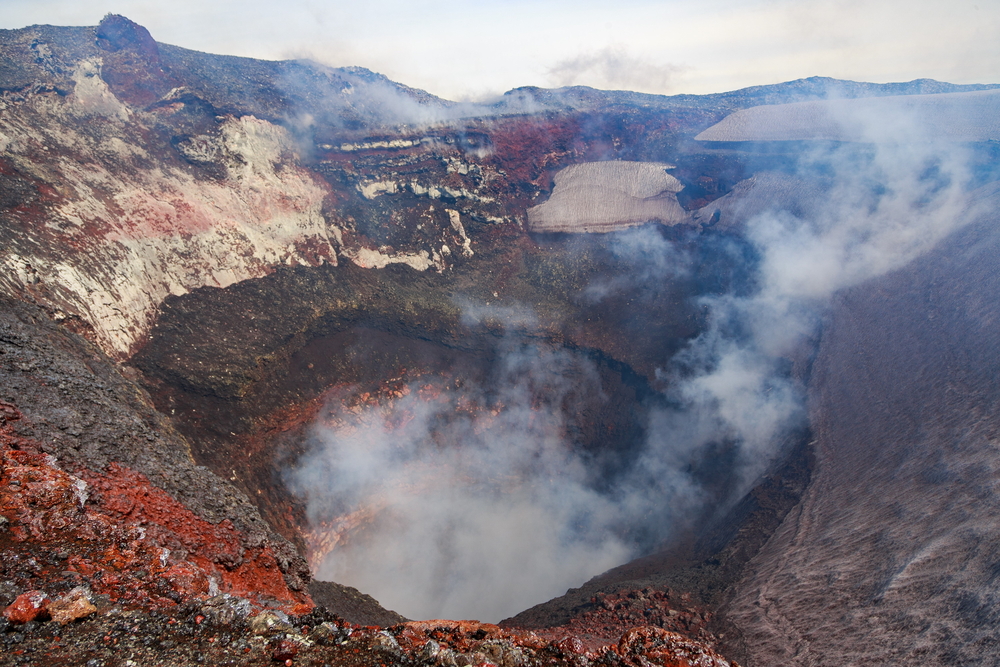