Things to Do in Tenerife

Tenerife, the largest and most populated of Spain’s Canary Islands off West Africa, features spectacular coastlines, exotic flora and fauna, and otherworldly volcanic landscapes. With a subtropical climate boasting an average low of 62°F in January and a high of 77°F in August, tourists are drawn to the island all year round. Those visiting Tenerife, Spain appreciate the island’s vibrant local culture and abundance of attractions, from one of the biggest lava cave systems in the world to picture-perfect beach towns.

Mount Teide, an active volcano that last erupted in 1909, is the highest elevation in Spain and the islands of the Atlantic. Believed by aborigines to house the devil, the volcano is surrounded by the Teide National Park, which has a unique landscape of craters and rivers of petrified lava that can be explored via an extensive network of hiking trails. Visitors can also experience this geological wonder from the Mount Teide Cable Car, which travels to the summit in 8 minutes, offering breathtaking views of the park. 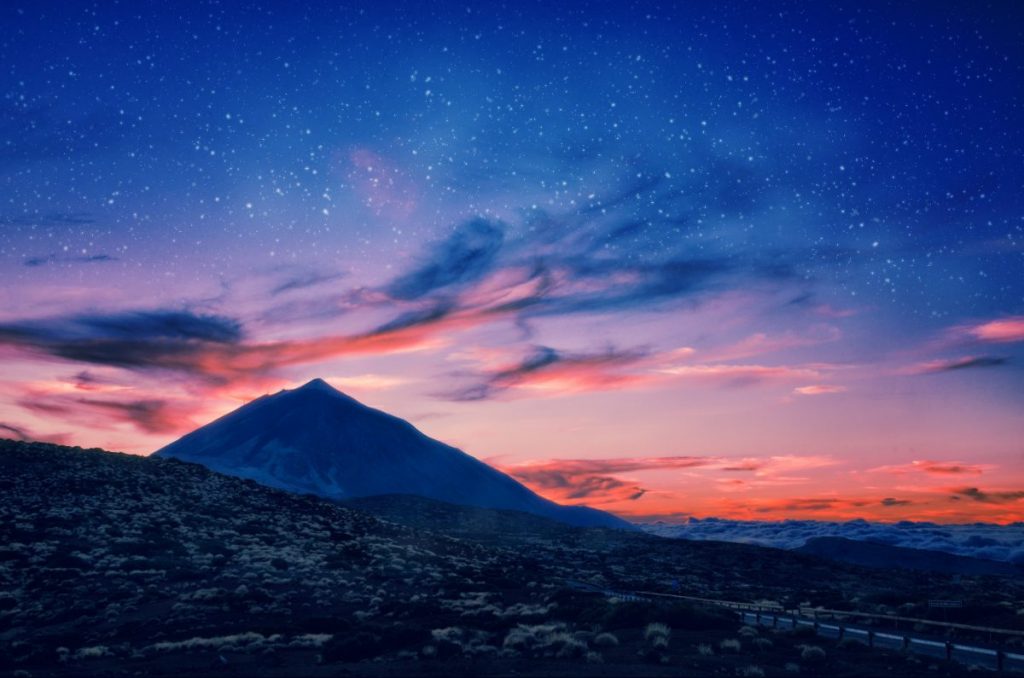 Tenerife is most famous for having some of the most beautiful beaches in Spain. As the largest island in the Canaries, Tenerife also offers a diverse range of coastal landscapes, from beaches characterized by black volcanic rock and rugged cliffs to beaches with golden yellow sands and calm, shallow waters. Consider the following top beaches when visiting Tenerife, Spain for a relaxing beach getaway: 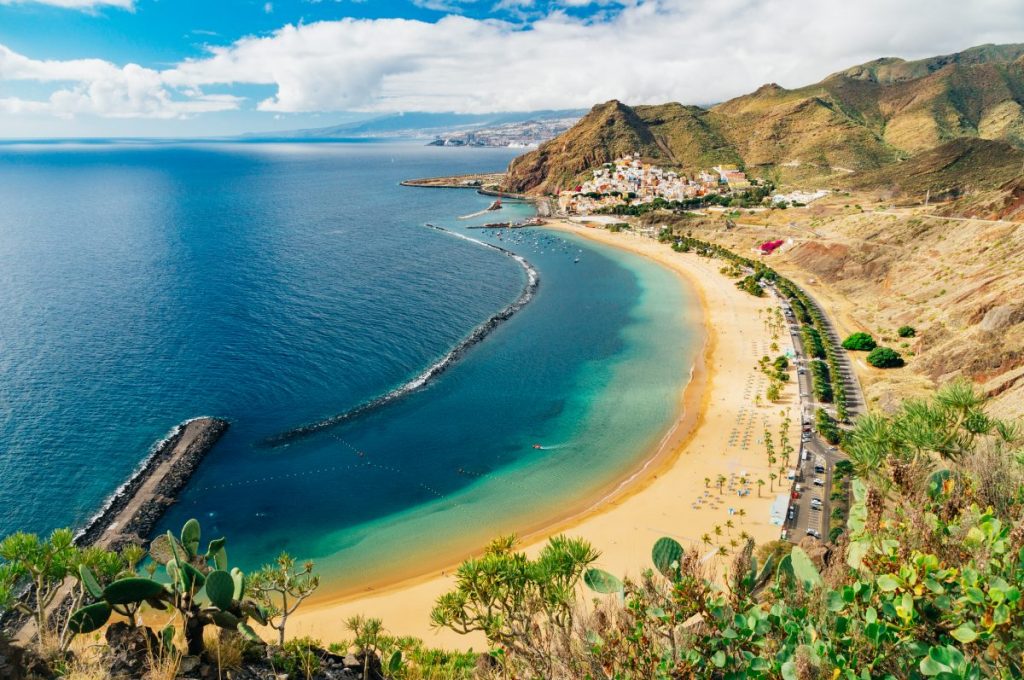 Nestled below a 500-meter cliff on the northern coast of Tenerife lies the sleepy beach town of Garachico. Cobbled streets invite visitors to explore the pretty seafront town and discover one of the best preserved historic districts in the Canaries. Among the town’s attractions are sea water rock pools teeming with tropical fish, a 16th-century fortress named Castillo de San Miguel, and the Iglesia de Santa Ana, which houses a wealth of artistic heritage. 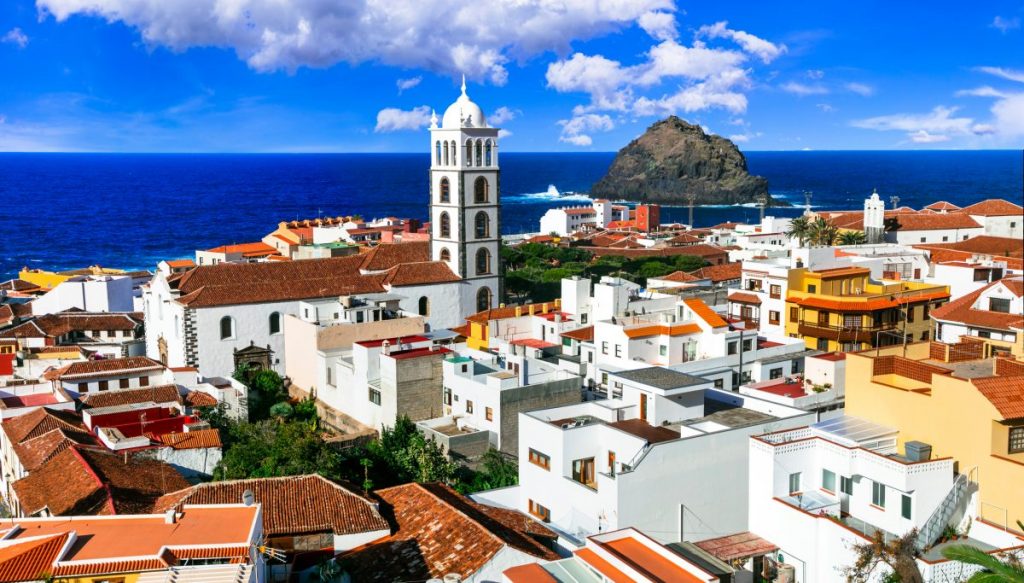 Learn about the natural world at Loro Parque, a 33-acre zoo originally conceived as a paradise for parrots that has since evolved into one of the biggest attractions of the Canaries. The zoo is home to 4,000 parrots as well as many other animals, including chimpanzees, dolphins, sea lions, jaguars, giant Galápagos tortoises, seahorses, sharks, and more. The park is also only the second place in Europe to house killer whales. Visitors can additionally discover very rare plants in the zoo’s large orchid garden. 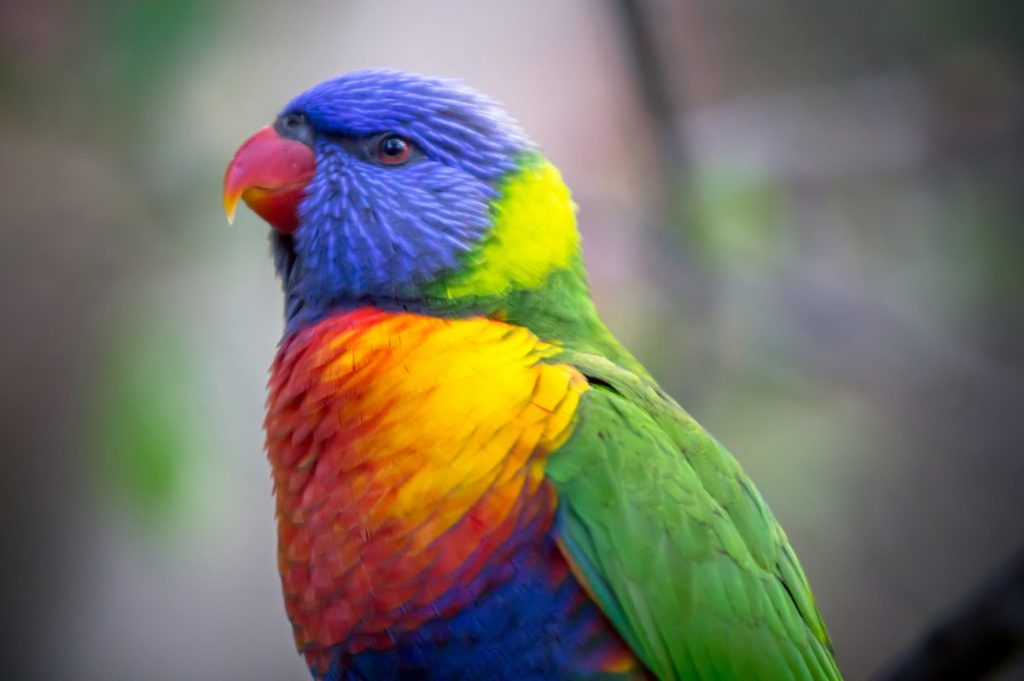 The Atlantic Ocean’s cobalt-blue waters aren’t the only destination for swimming in Tenerife, which boasts numerous natural swimming pools formed by volcanic eruptions. These rock and sea pools are generally situated along the north coast, with the most famous sea pools located in the town of Garachico. Other natural and semi-natural sea pools with beautiful clear blue water include: 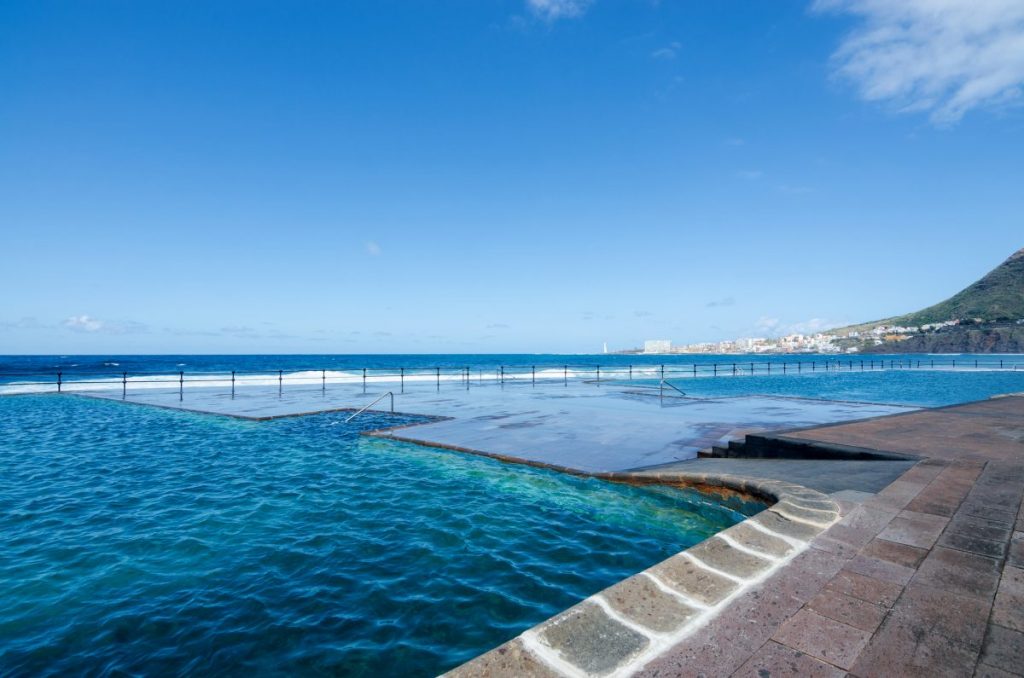 Tenerife is one of the top destinations in the world for dolphin and whale watching. Resident species include bottlenose dolphins and pilot whales, which can be seen all year round. The island’s temperate waters and assorted food sources also attract frequent and occasional visitors, such as humpback whales and orcas, at various times throughout the year. Most dolphin and whale watching safaris sail from Tenerife’s main southern resorts. 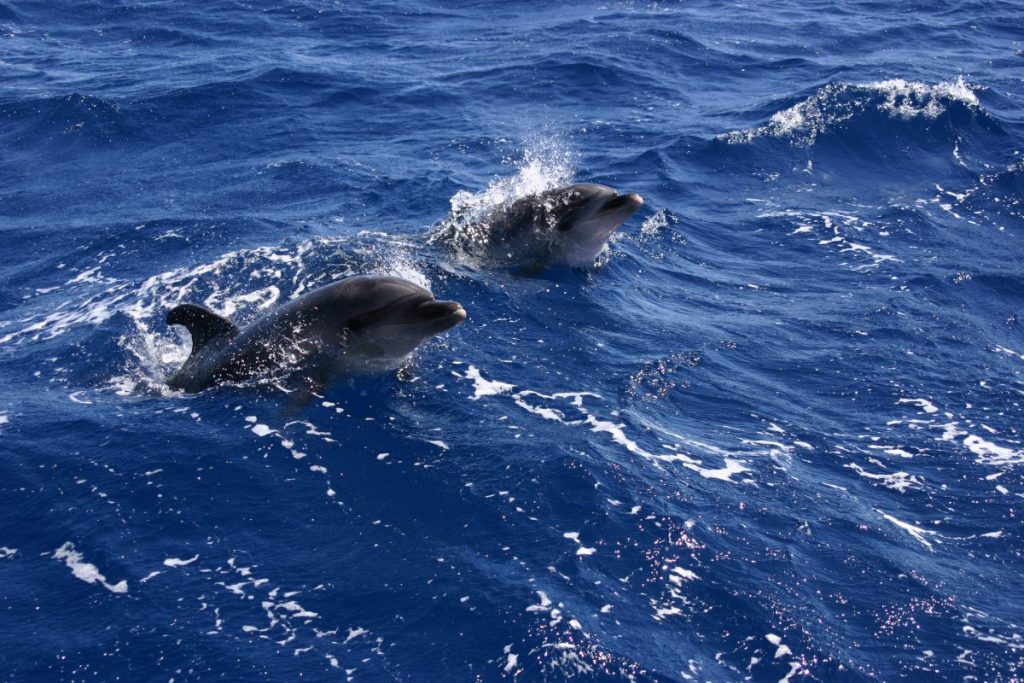 Commonly known as La Laguna, this city and municipality in the northern part of the Island was the ancient capital of the Canary Islands. Today, La Laguna is considered to be the cultural capital of the Canaries. Visitors are drawn to the city’s old town, which boasts a large number of churches and convents, and many historic buildings. Cathedral of San Cristóbal de La Laguna, a main attraction located in the historic center of the city, houses the remains of Alonso Fernandez de Lugo, the island’s conqueror and founder. 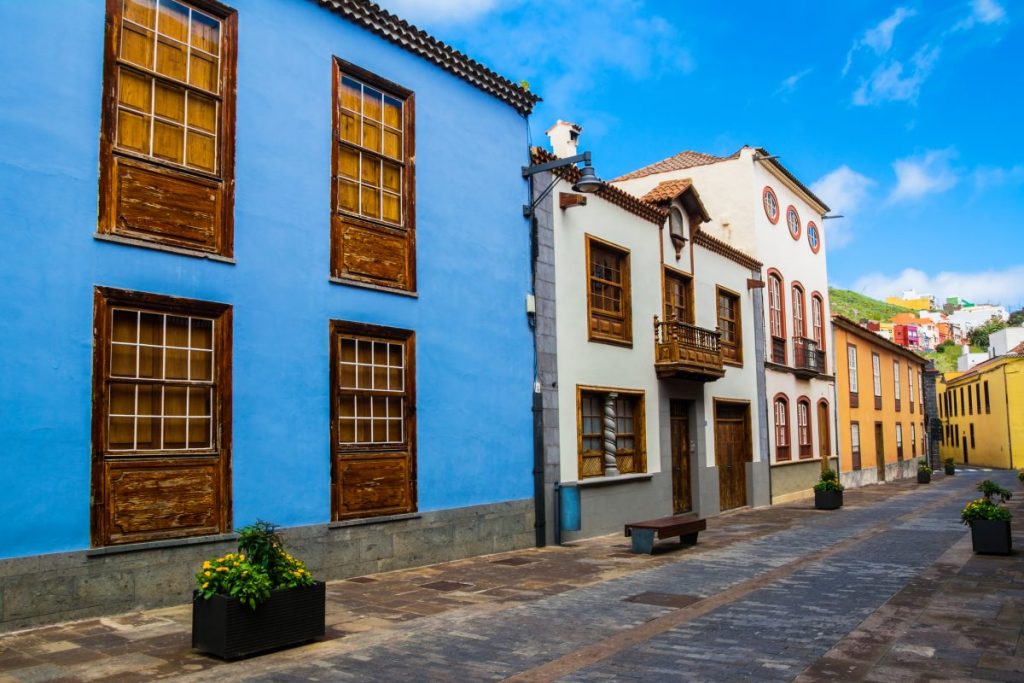 Siam Park, a Thai-themed aquatic park in the coastal suburb of Costa Adeje, is consistently rated one of the best water parks in the world. The entire family can enjoy endless hours of fun at Siam Park. From adrenaline-pumping water slides and rapids to the relaxing Mai Thai Lazy River. 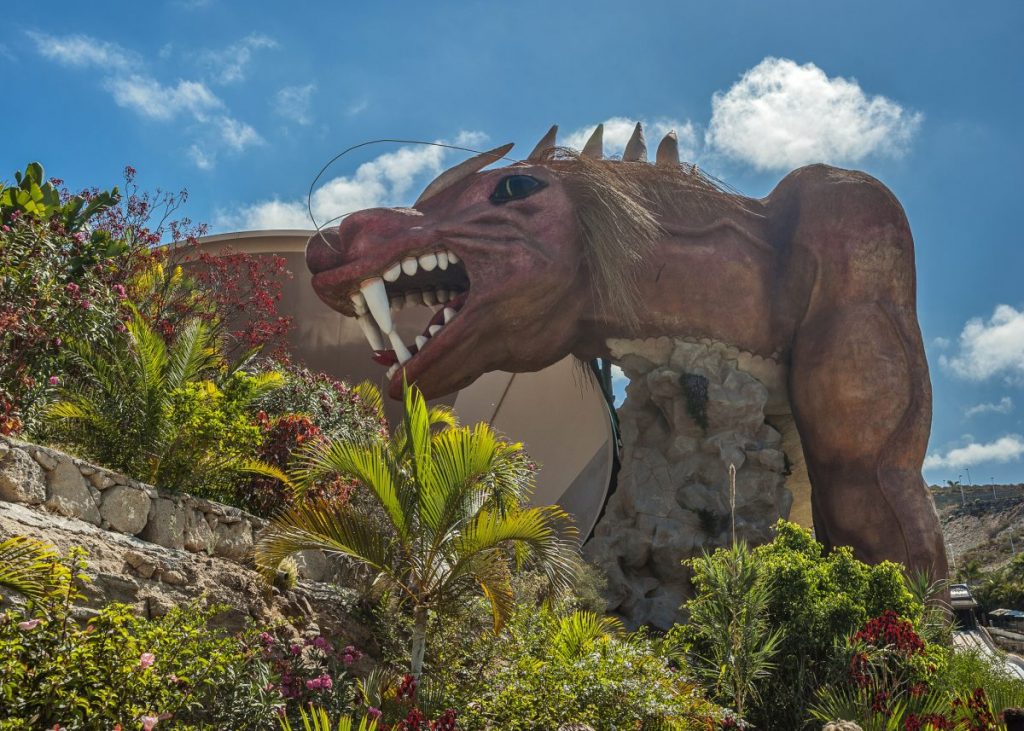 Located 600 meters above sea level at the foot of the Teno Mountains, the small village of Masca ushers travelers through deep ravines and winding roads fringed with lush, green fauna. Houses perch precariously on cliffs along narrow roads. This beautiful mountain village is home to only about 90 inhabitants. A popular, albeit strenuous, hiking trail takes adventure goers from the village down the gorge to the beach on the Atlantic Ocean. A three-hour trip one way. 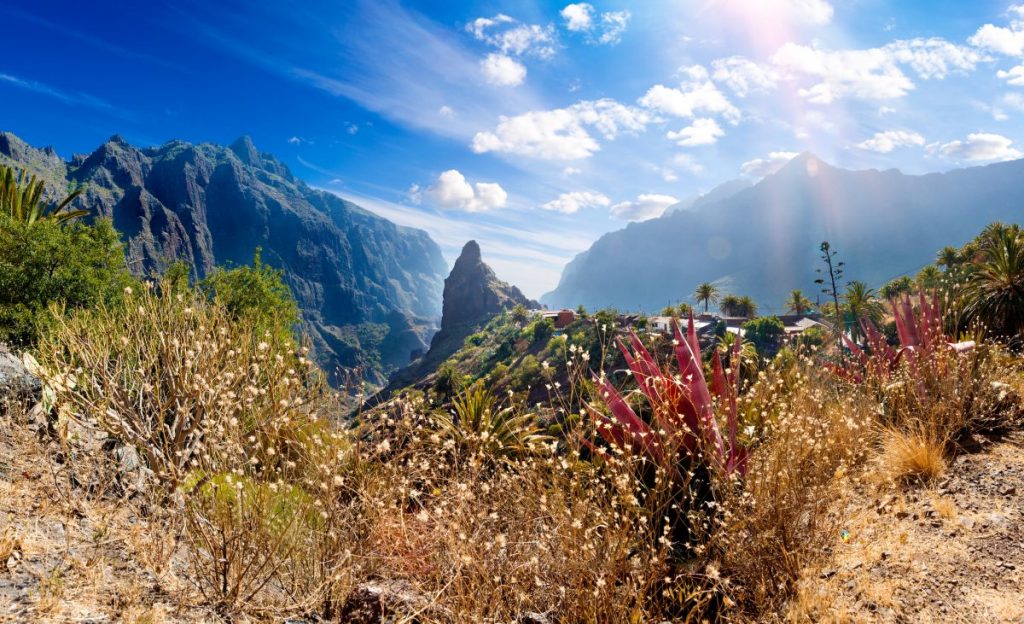 Geographical conditions make Tenerife an ideal destination for snorkeling. With a temperate climate and waters, the waters are teeming with natural beauty and marine life. Among common marine life found in the Canary Islands are fish, cetaceans, octopi, jellyfish, sea urchins, starfish, and coral. 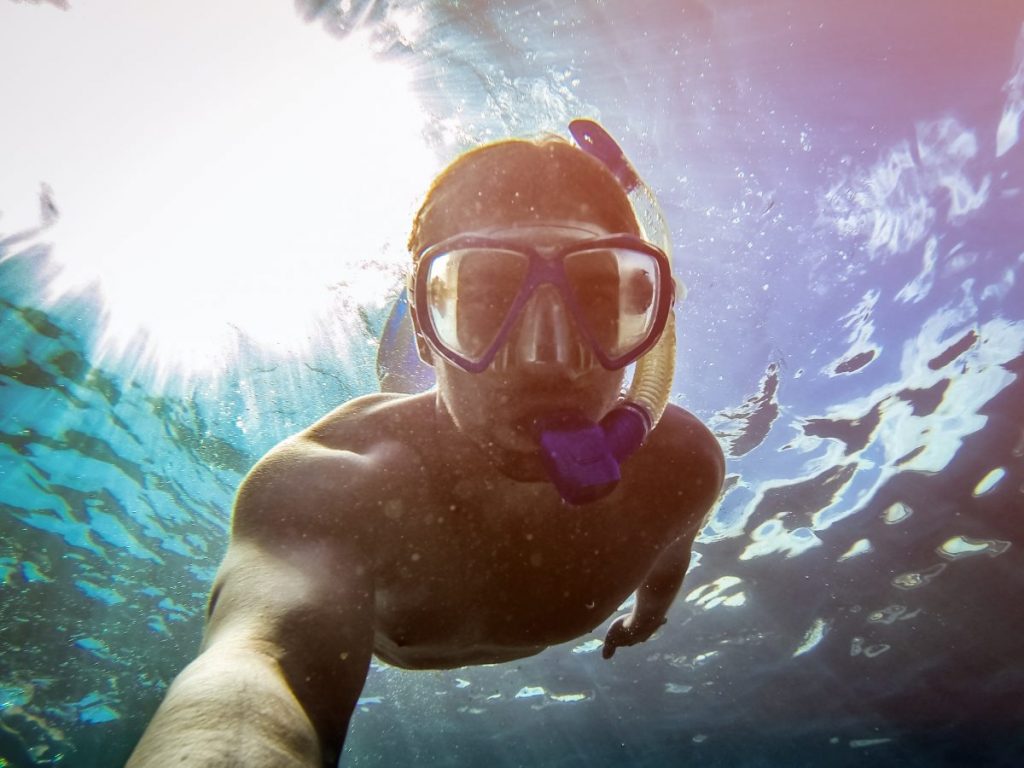