Things to do in Munich

Munich, the capital of Bavaria, is in southeast Germany near Austria. It is perhaps as busy making history as it is preserving it. Visitors can enjoy the majestic palaces and gardens of the past and appreciate the difficult challenges of wartime memories. They can then visit modern sports facilities which show Bavarians' passion for athletics and take a trip through the fascinating history of the city's famous carmaker. It goes without saying that beer is on the agenda, as Munich is home to a world-famous Oktoberfest celebration as well as year-round celebrations at breweries and beer halls.

Called 'Schloss Nymphenburg' in German, it opened in 1675 for the summer enjoyment of members of the house of Wittelsbach, the rulers of Bavaria at the time. It's in the Baroque style, and the palace gardens have evolved from Italian to French and finally English style, preserving elements along the way. The English version was designed in the early 19th century by Friedrich Ludwig von Sckell, also known for the city's famous English Gardens. Both inside and out provide extensive opportunities to get lost in the elegance which Bavaria's ruling family enjoyed. 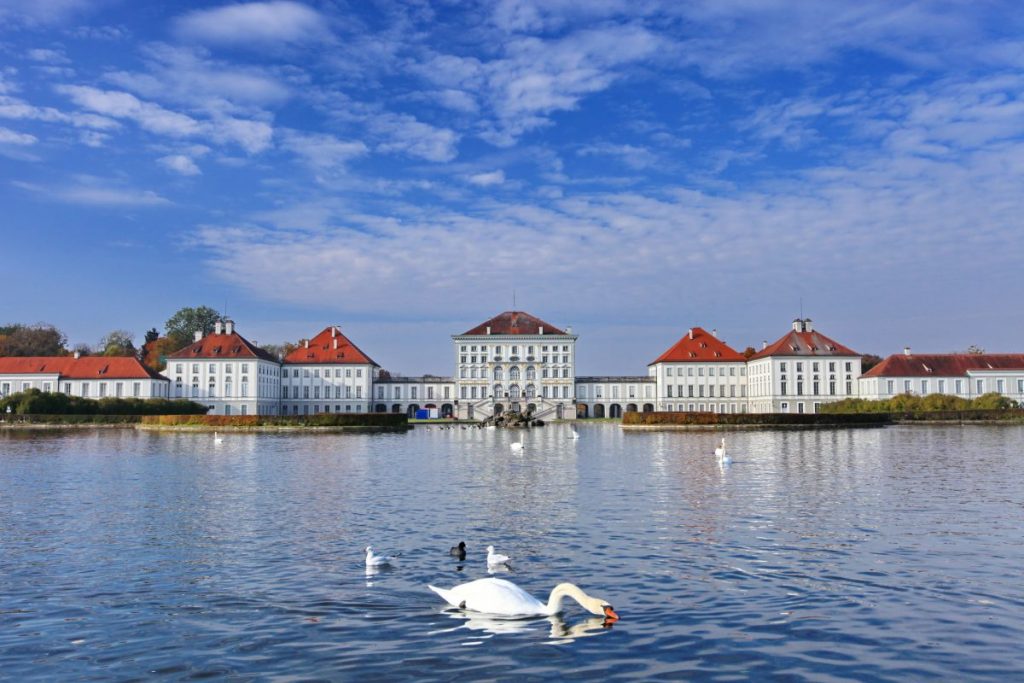 While Schloss Nymphenburg was the Wittelsbach summer residence, the Residenz was their official residence and royal palace -- all 130 rooms of it. The decorations, architecture and exhibits of the family's collections are open to the public. It is also a great place to get lost and relax since the grounds features ten courtyards. There's a concert hall, a theater a church and stables to visit. Construction of this magnificent complex began in 1385. 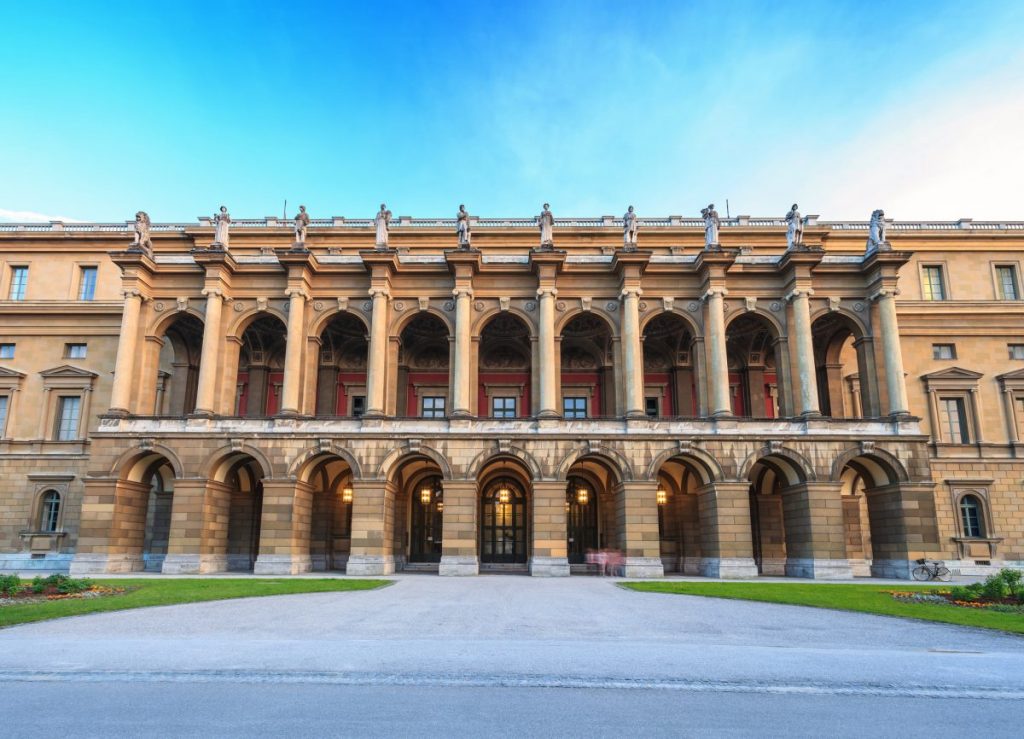 In contrast to the formal gardens featured at Munich's palaces, the English Gardens are informal and full of fun things to do. A late 18th-century creation, it covers 1.4 square miles and is one of the largest urban public parks in the world. It came about at the end of the local Wittelsbach dynasty as a legacy of the new ruler. It supplemented the Hofgarden at the Residenz which was previously the public park for the city and home to an excellent art gallery. Here in the English Garden visitors can enjoy a Japanese Tea Garden, nude sunbathing in a designated area, surfing and a temple to the Greek god Apollo, among other things. 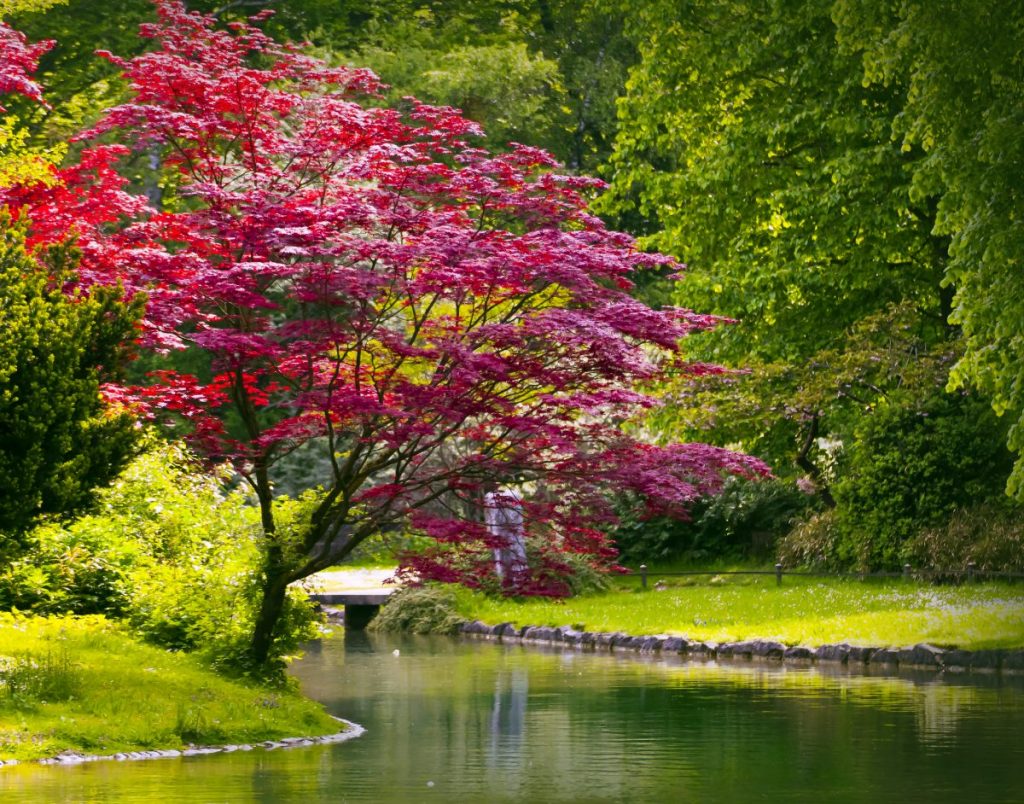 European travelers will quickly realize that any centuries-old city is laid out with a central town hall and a nearby plaza, which is a great place to relax and get oriented. Often there are excellent cafes and shopping in this city center and in Munich, the Marienplatz is no exception to this rule. The "new" city hall from the mid-19th century provides a strong presence here. Christmastime is especially good for shopping with plenty of decoration to provide cheer in the cold weather and an official German "Christkindlmarkt" for three weeks before the holiday. In the warmer days, it's a place for people watching, drinking outside, relaxing and waiting for friends to join you. 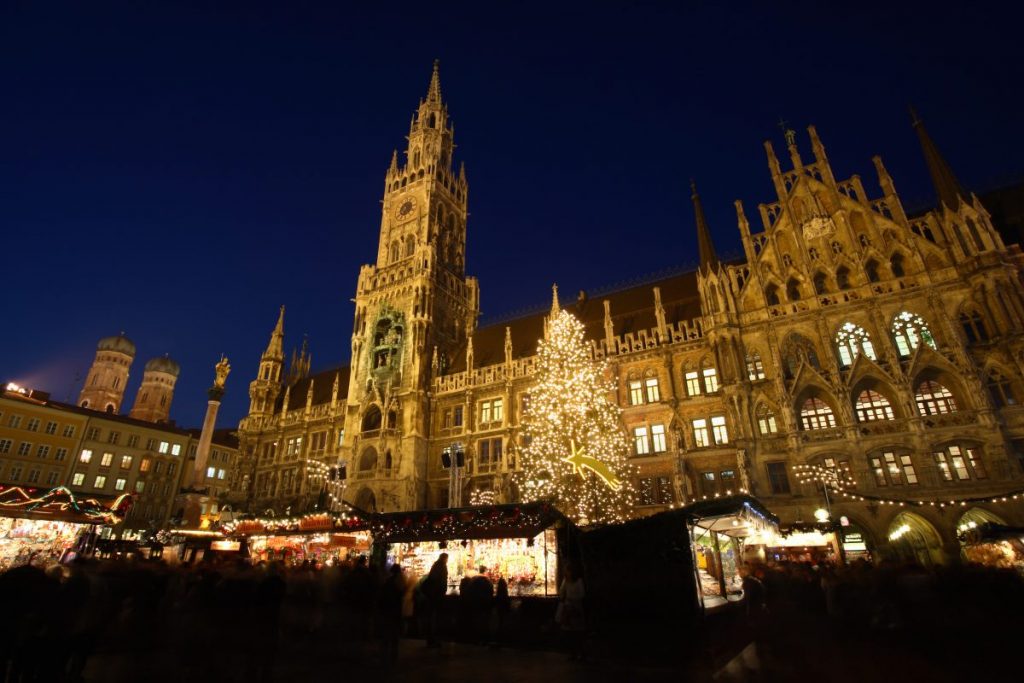 For a bit over two weeks leading up to the first weekend in October, Munich is overrun by visitors to the world's largest volksfest (folk festival). Millions of liters of beer, are consumed by millions of people and there are games, rides and amusements, plus plenty to eat. Visitors will enjoy the traditional music and festive family atmosphere here during the day and maybe pick up a Bavarian hat or some lederhosen (leather breeches) as souvenirs. 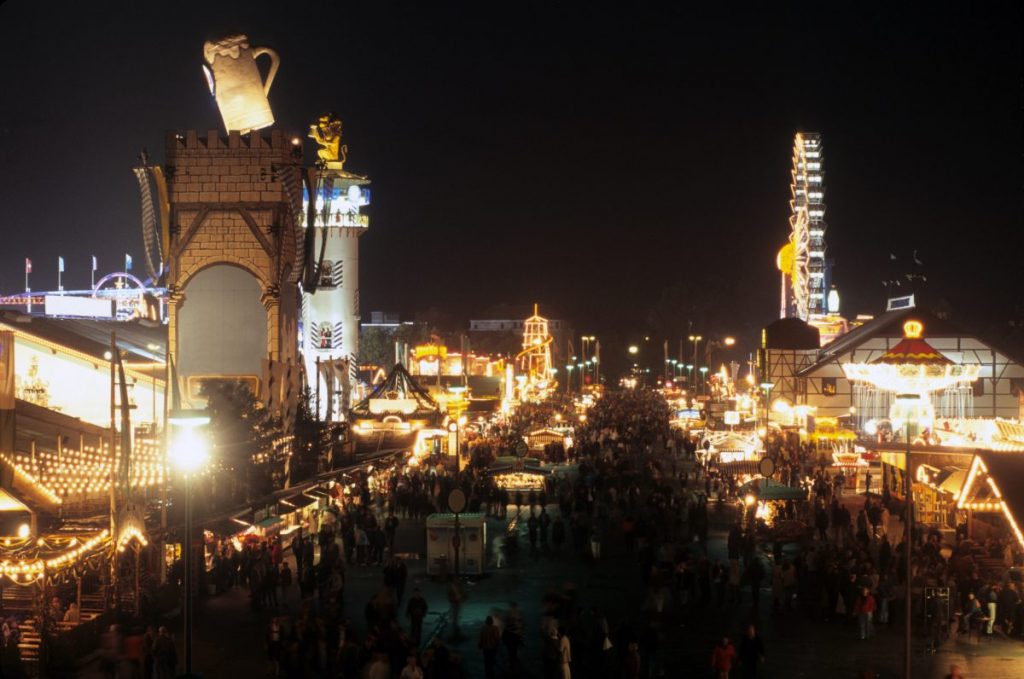 One of Germany's largest art museums and 43rd by area in the world, the Bavarian National Museum is an important center for the European decorative arts. It was founded by one of Bavaria's many rulers who focused their efforts on developing art collections. Visitors can explore pieces dating back to medieval times and before. The collection of nativity scenes dating back centuries is especially notable. 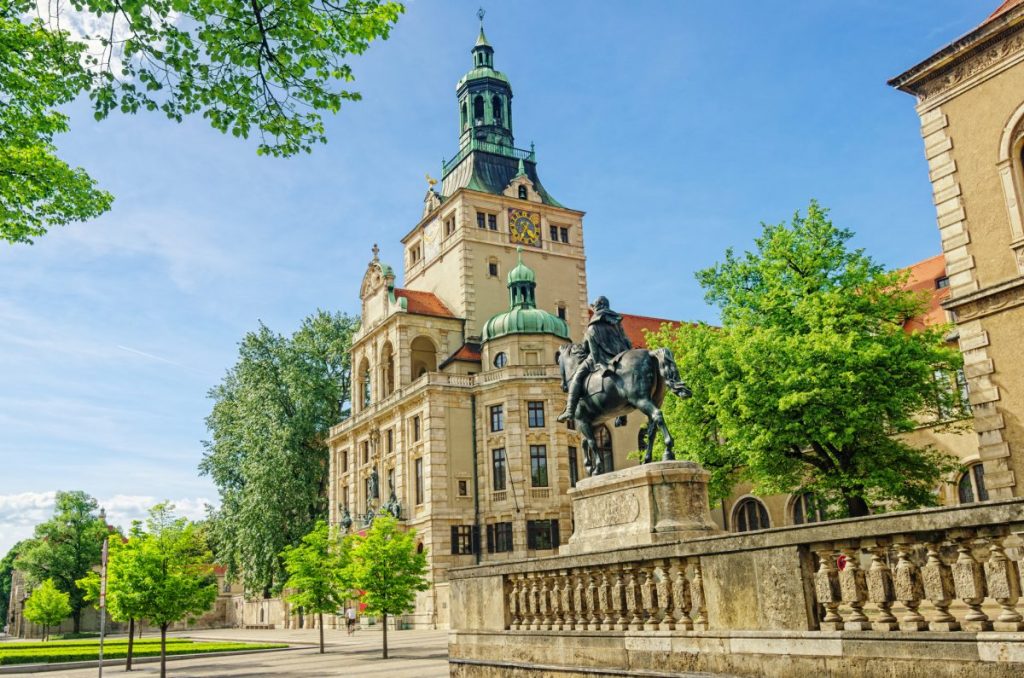 This stately Italian style Renaissance garden is located between the Residenz and the English Garden. From the central pavilion dedicated to the goddess Diana, there are eight paths leading away. The garden includes several war memorials, including one to the White Rose group, about whom a film was made telling the story of their nonviolent protests of Hitler's regime and their subsequent execution. 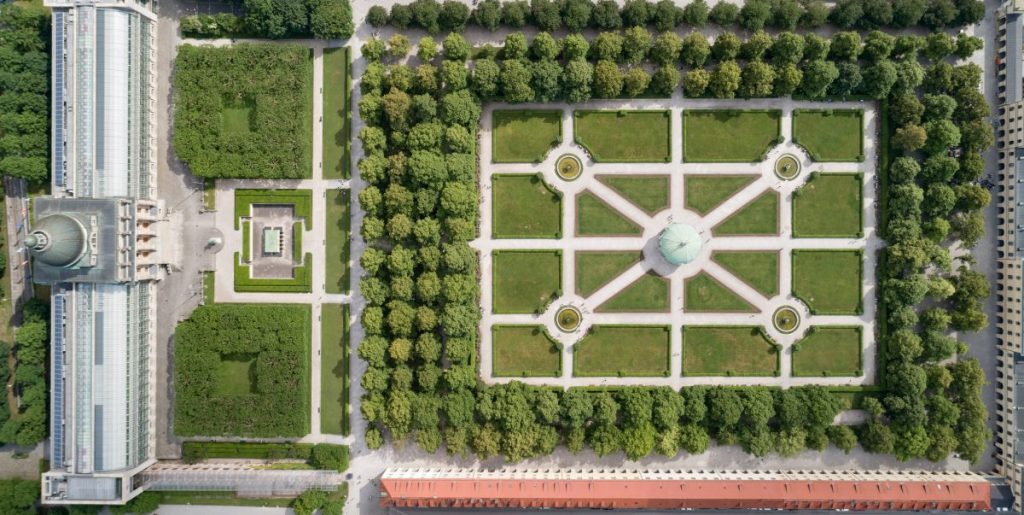 The Olympiapark Muenchen is the site of the 1972 Olympic games. The stadium is a unique architectural specimen and the venue was also the location of the Munich Massacre, a terrorist event which took place during the Games. Modern uses of the space and its carillon include religious and worship events as well as social and civic gatherings. 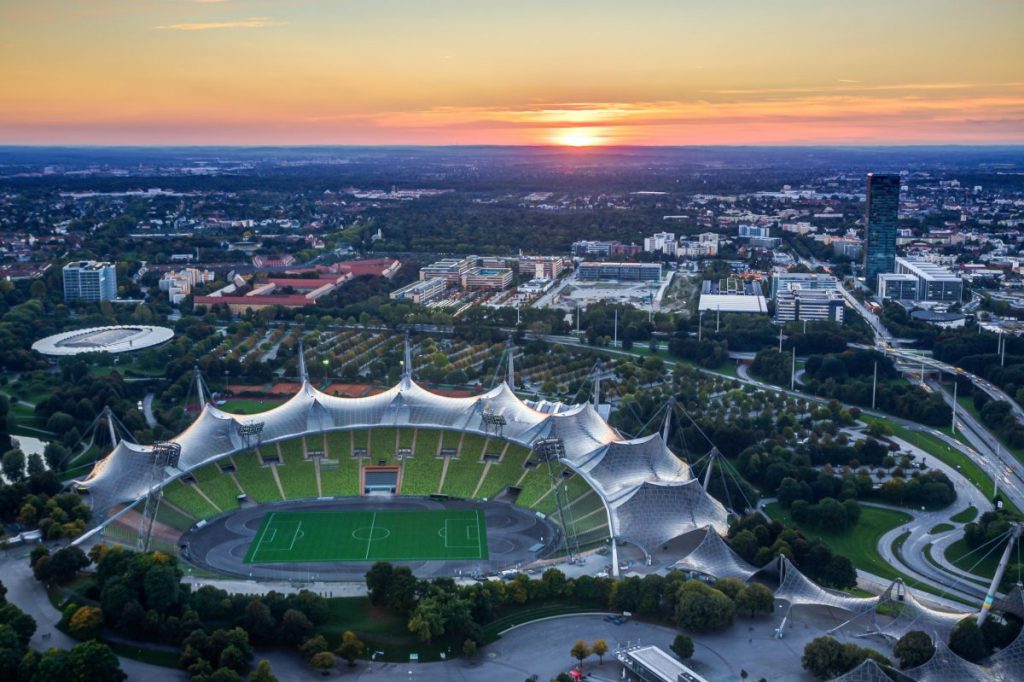 Construction of this 75,000-seat home for FC Bayern Munich began in 2002. The design includes inflated panels on the outside which change color. A variety of specialty individual and group arena tours are available for fans and tourists which include elements such as a behind-the-scenes look at the arena and a retelling of the story of FC Bayern Munich, a chance to kick at a replica of the famous TV "Torwand" and specially designed disabled tour access. 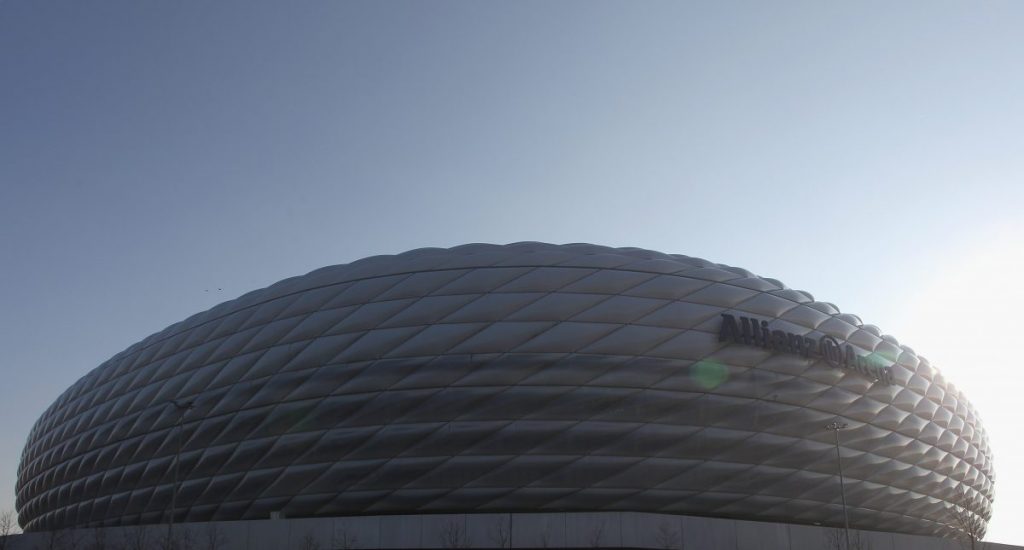 If you're taking out a new BMW here, you can watch it rise in the elevator before you drive it away. For others, there is still the museum and adjacent BMW Welt (BMW World) to explore. There's lots to see, explore and learn here about BMW's long motorized history plus the architecture of the buildings is carefully designed to provide a novel, engaging "along the road" experience while visiting the dozens of individual exhibition spaces in each. 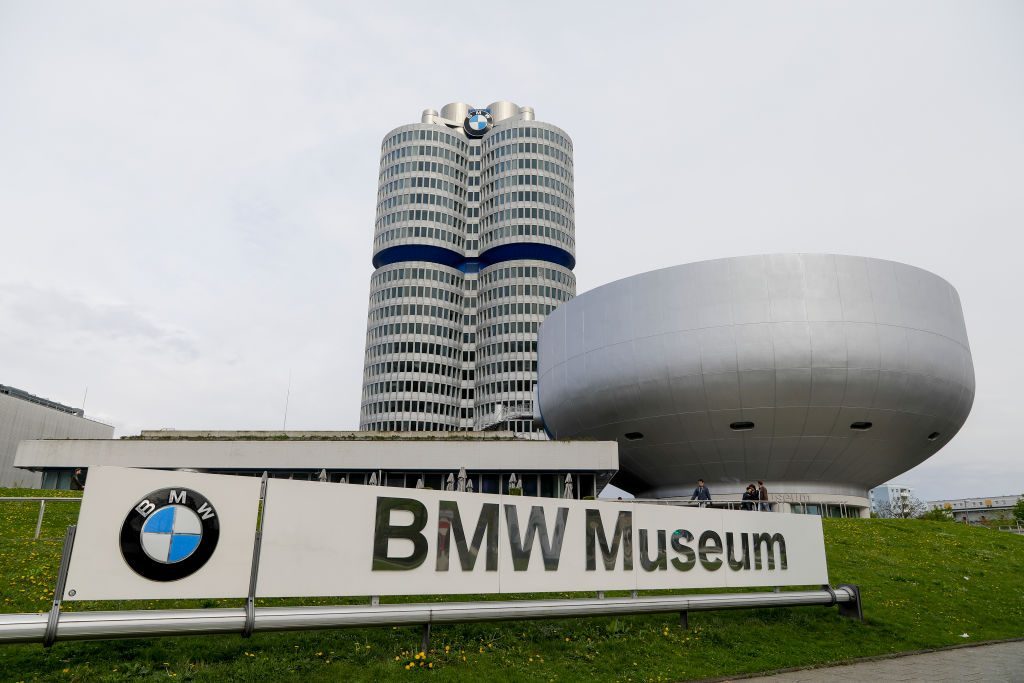